Why You Should Master Smite God Ra

Smite God Ra has many skills that can be extremely useful to your team.

At first glance Ra doesn’t jump off the page at you as far as powers go.  He’s not geared towards one area.  He’s more of a pretty good in all areas kinda God.

But one thing that really sets apart is his ability to heal his team.  He’s one of only a few Gods that do that.

So that fact that he can heal and put out a ton of actual damage makes him one of the stronger gods that you want to get to know.

His passive Speed of Light is not really a do or die part of his kit.  It’s not horrible, it’s just not as important as Neith’s Broken Weave that really determine the way you use the god.
It basically give you an 8% speed boost or movement speed increase every time you use an ability.  That will stack up to 3 times.  Ultimately means that Ra is 25% faster in a fight.

When you group his Speed of Light and Devine Light which now will slow your enemy.  You can make it very hard for anyone to get away and or catch up to you.

It’s also a 2 second channeled ability so at the end of that 2 seconds it detonates and blinds your entire screen.  However if you turn away when it detonates you won’t be blinded.

It is a Blessing.  With this you can basically put a radius on the ground and anyone of your team inside of the will heal.  It will also damage all enemies inside of it.

These abilities are both really just damaging abilities meant to inflict pain on your enemies.

Ra Kit Too Simple For You?

Remember, just because the kit is extremely simple doesn’t mean that it isn’t extremely effective.  He can move around the entire map quickly healing and damaging foes.

So, don’t over look him on your next build.

Ra’s Searing Pain does and insane amount of damage on a very short cool down.  You can use it on one wave and by the time the next wave arrives you can be ready to use it again.  Not to mention the fact that Searing Pain and Celestial Beam will go thru walls. It is a very powerful ability for you on battle.

Not in this order but here is the build. 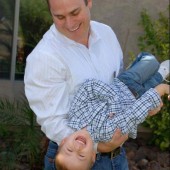