For Honor Gets Visual Remaster in Marching Fire Expansion

For Honor Marching Fire is set to release on October 16 on PlayStation 4. The expansion is bringing with it a host of updates including four new Wu Lin faction Heroes and a new Arcade mode that offers unlimited PvE content. Additionally, Marching Fire will introduce a 4v4 Breach mode and a graphical remaster with enhanced lighting and textures that will be free for all players. The remaster will update all multiplayer maps in the game as well content in the story mode. To learn more about the graphical changes coming to For Honor, including updates specific to the Temple Garden map, we spoke with Christian Diaz, Art Director on For Honor.

How did you decide to take on this remaster project?

Christian Diaz: It actually started early in 2017, just before the game launched. I had thought of a few things that I was hoping we could improve down the line and spoke with some team members before we decided to try to make it happen. We knew that if the art team could utilize the new and improved features from the 3D programming team that we could improve the visuals of the game.

What impact do you think this remaster will have on For Honor players?

CD: We’re not expecting players to look at these enhancements as brand new maps. I think the goal of these changes is really to give players a better feeling of what they are already playing. I find the overall image to be more harmonious and players will definitely see more details. 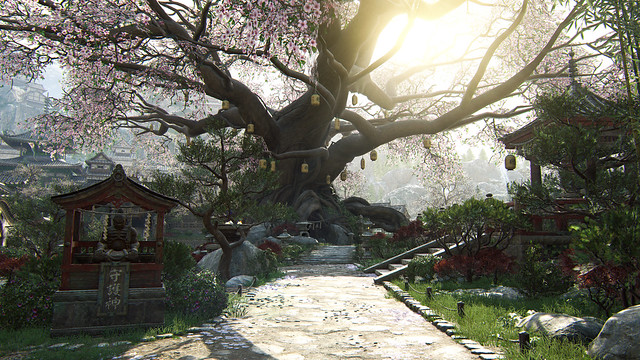 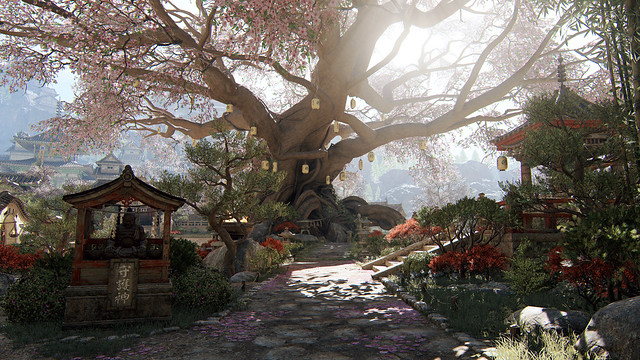 What part of these graphical improvements are you most proud of?

CD: The whole thing really. The amount of work that went into this remaster was huge. Usually when you ship a game, you don’t have a chance to rework the stuff you just shipped, but since the beginning we knew we were a platform, and if we wanted this platform to be alive then we needed to do anything we could to improve the game on every level. It’s an opportunity you don’t get often. I’m still so happy that we were able to do it at all, because it’s so rare to get to immediately improve on your work.

Have the remasters allowed you to do anything new from a visual storytelling perspective?

CD: I think we can convey a better sense of what you’re supposed to be feeling at any given point with the remaster. If you’re playing a Valkenheim map and it’s supposed to look and feel cold, we can convey that sense of temperature much more now. Similarly, the warmth of a place like Ashfeld will be more apparent now. The campaign and the cinematics have receive a refresh as well so players looking to revisit the campaign will also notice new visual aspects.

What do you feel the team has changed the most in Temple Garden?

CD: I think it’s the Valkenheim mood lighting of the map that gives it a different feeling. We added a lot more snow and I think it’s the location that’s changed the most. In Temple Garden, when you take a look at the rooftops or the ground, you’ll see a lot more snow, it really feels like a cold winter. Not only is there more snow, but we’ve enriched the textures so it looks better than ever before. 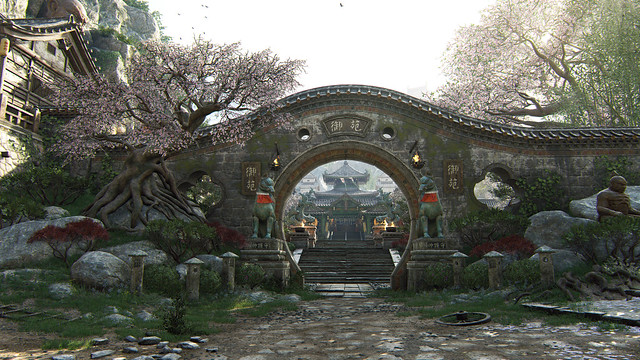 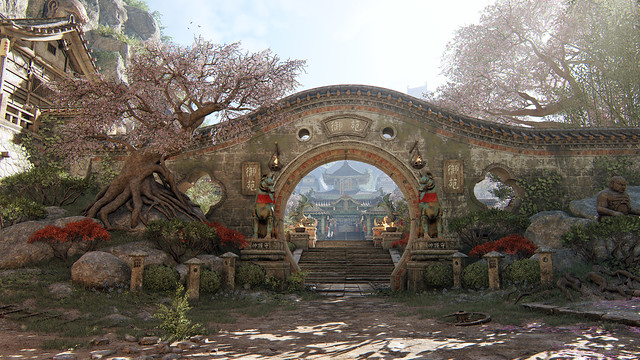 What specific changes did you make to the lighting to make the map shine?

CD: One thing that really pops for me are the details and the volumes. Right now, the updated lighting tech gives you more directionality with the lighting and allows you to read details in the map more easily. These elements bring the details of the map to light. There’s suddenly a filter of color that comes out much more in the map. I feel like the image becomes more harmonious, smooth, and richer.

Is there a particular aspect of the map that you’re excited for players to experience?

CD: I think there are a few in this map, but the one that interests me most is indoors next to the defender’s spawn point. I think the lighting in the L-shaped corridor nearby shines really well. The propagation of lighting is super convincing. This area is in the dark, but you have some lighting coming through the windows and it makes the area very rich compared to how flat it felt before.

Do you think the remaster will make people feel better about getting thrown into the pond?

CD: I hope so, if you get pushed into the pond, you’ll get to see the reworked textures of the Koi fish in the water!

All players will have access to the graphical remaster and new 4v4 Breach mode when For Honor Marching Fire launches on October 16. Those who pick up the For Honor Marching Fire expansion from PlayStation Store will receive immediate access to the four new Wu Lin Heroes and PvE Arcade mode. All other players can unlock the Wu Lin Heroes on October 30 for 15,000 Steel each.