If you’ve played our games before, you know that they aren’t exactly your “standard” party games. Players connect to the game using their mobile device as their controller while the game is hosted on your PS4. You can play these games with anyone from your college dorm suitemates to your Grandma Rose. Our latest group of games, The Jackbox Party Pack 5, is coming to PS4 players on Tuesday, October 16. Pushing the boundaries of how you play party games has always been our deal, and this new pack is no exception!

You Don’t Know Jack: Full Stream is the latest in a 23-year-old comedy trivia franchise that has hundreds of thousands of die-hard fans. This modern update is the first to support eight players, and includes a bigger crazier Jack Attack as its final round. You better hope you’re smarter than your fellow players. But if you’re not, the all-new Screws let you mess with your friends’ devices, making it harder for them to answer and giving you an edge. 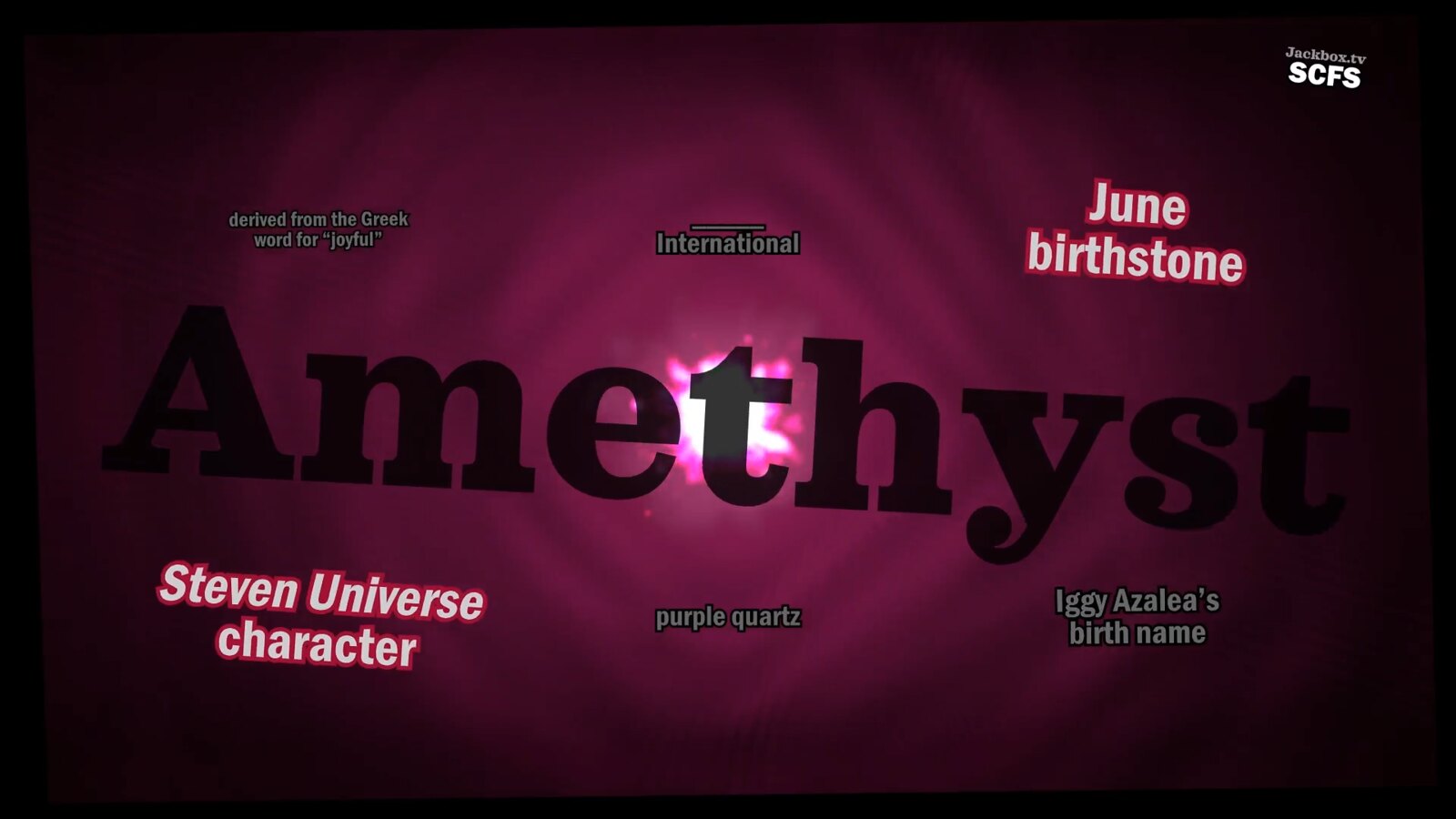 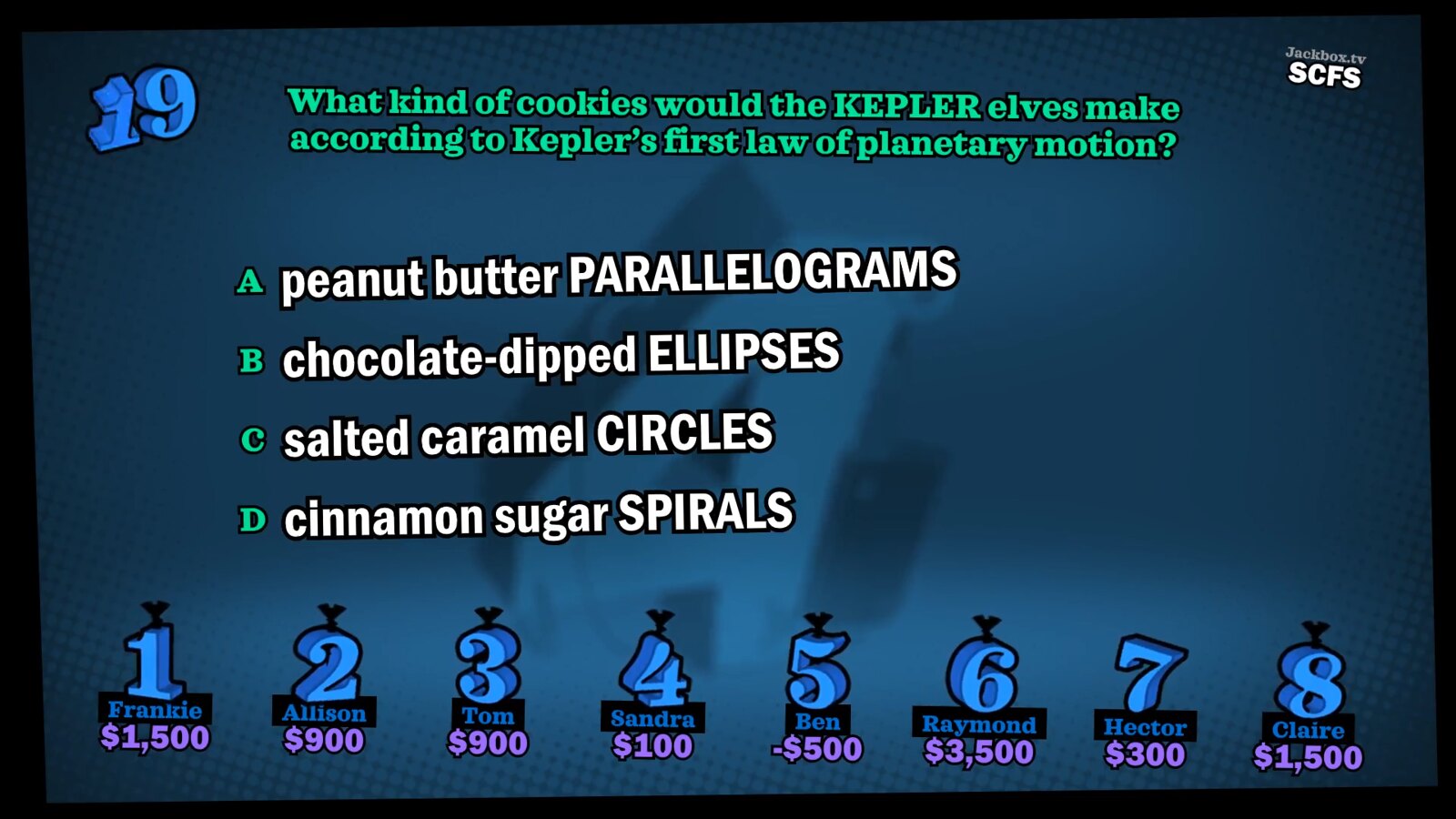 In Split the Room, we transcend space and time by giving players a weird hypothetical question that’s missing one crucial detail. Your objective is to complete the scenario so that it splits the room’s response. It’s designed to spark lively discussions about ridiculous situations. Oh, and it’s hosted by an omniscient cat. 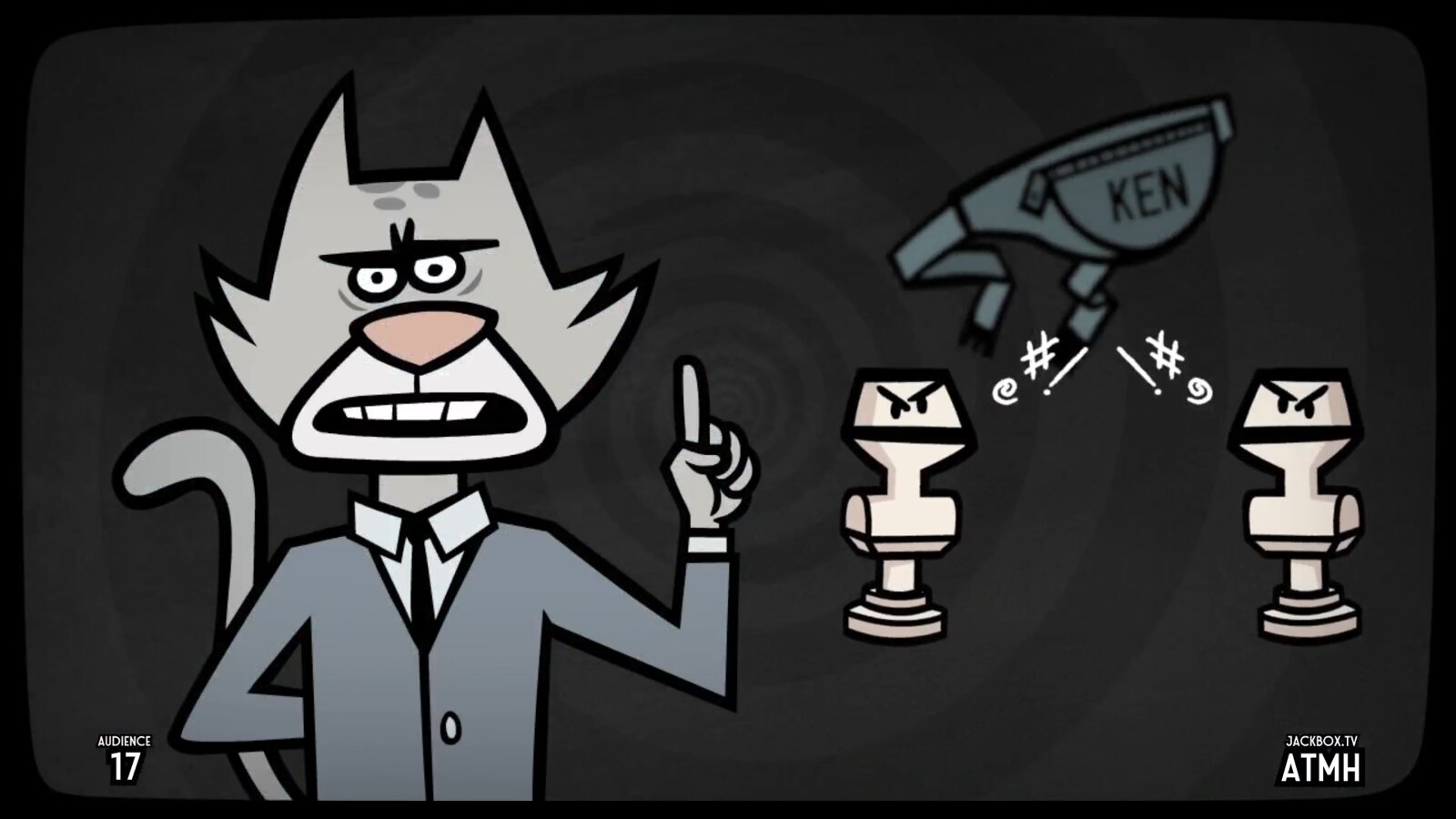 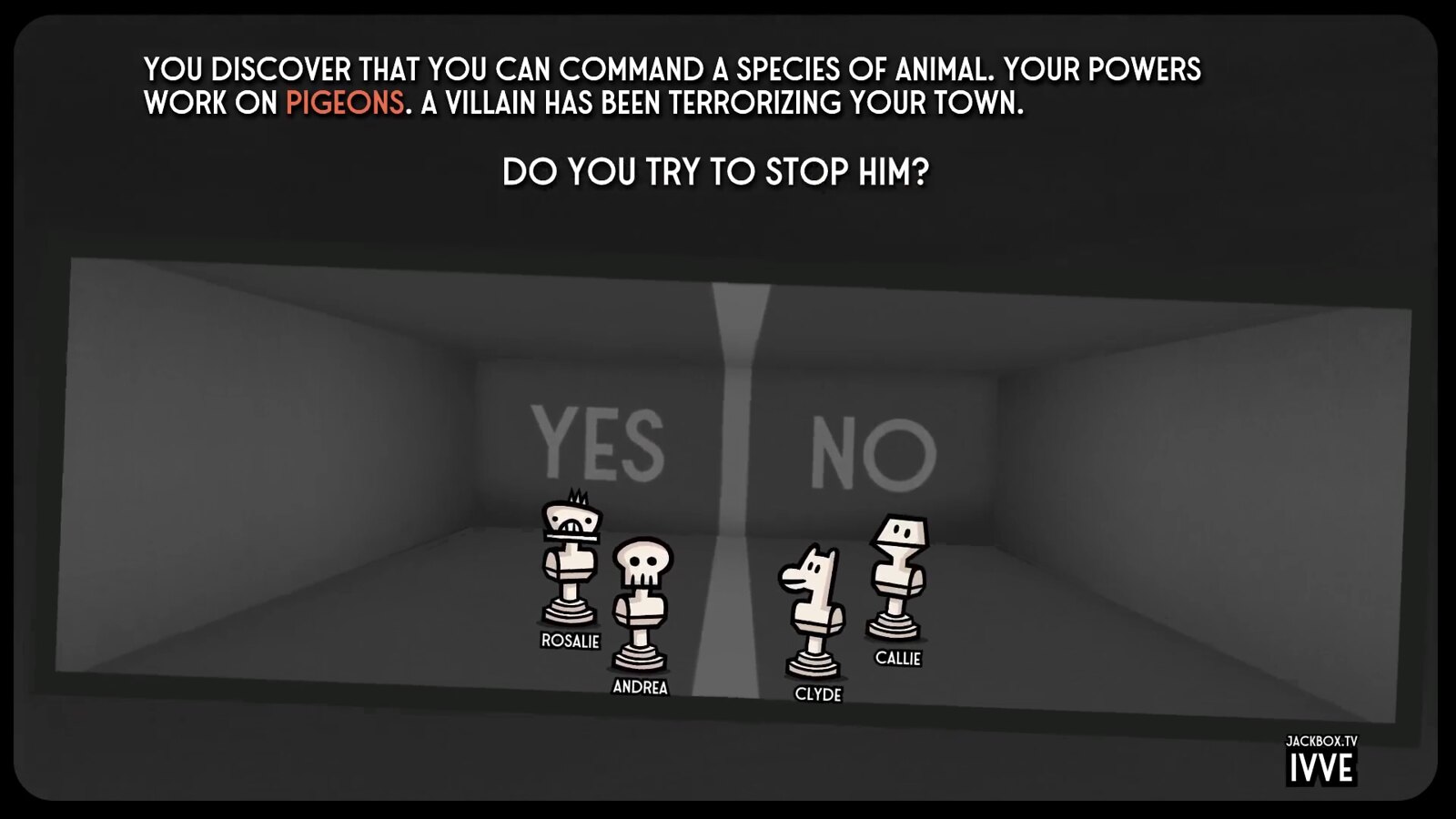 In past Jackbox Games, we’ve seen the power of sound in making people laugh. In the robot rap battle game Mad Verse City, you can take it to the next level by using text-to-speech to create sick(-ish) rap verses for your android avatar. It’s all the fun of being in a rap battle, but you can blame the robot if you lose! 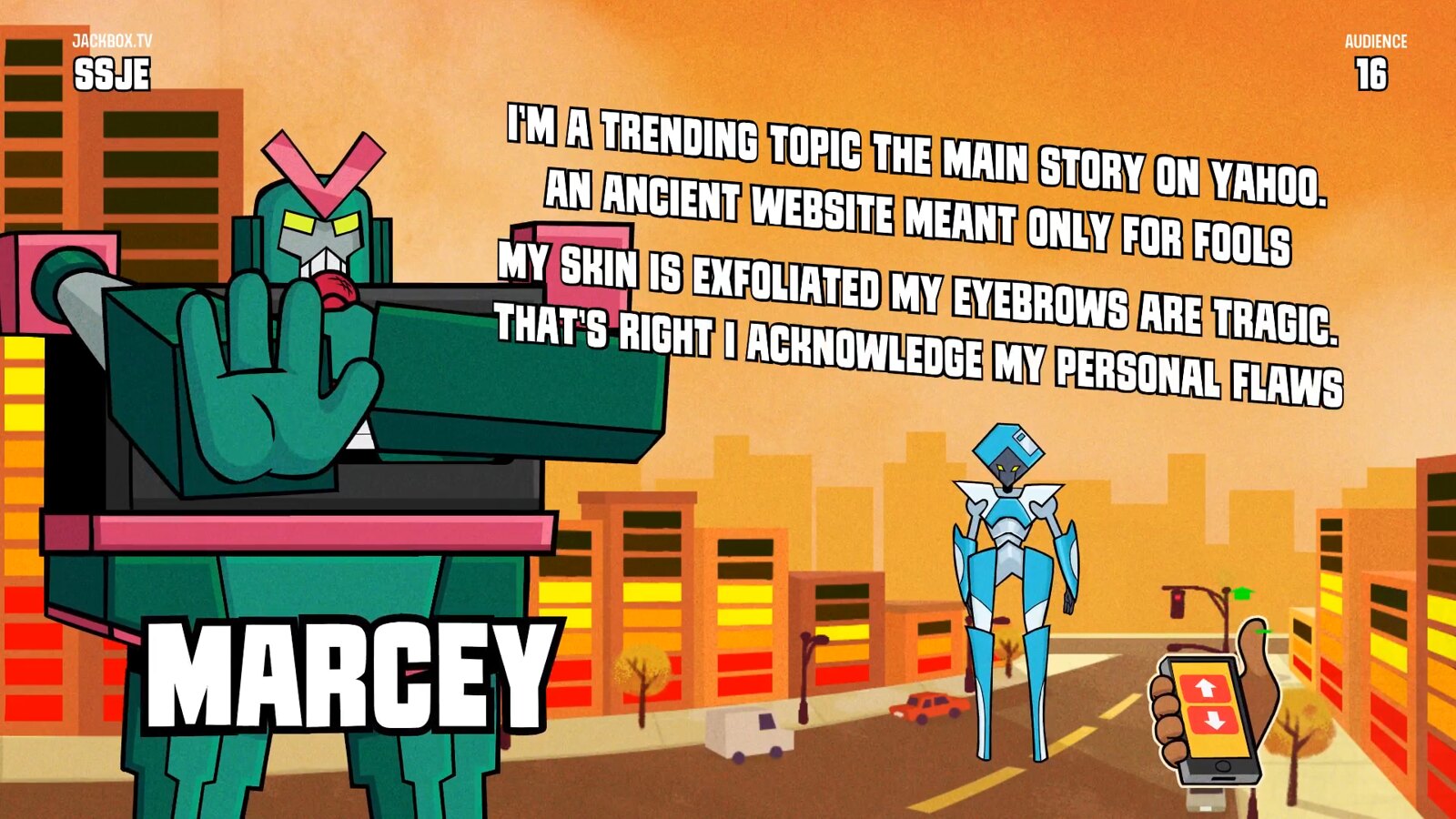 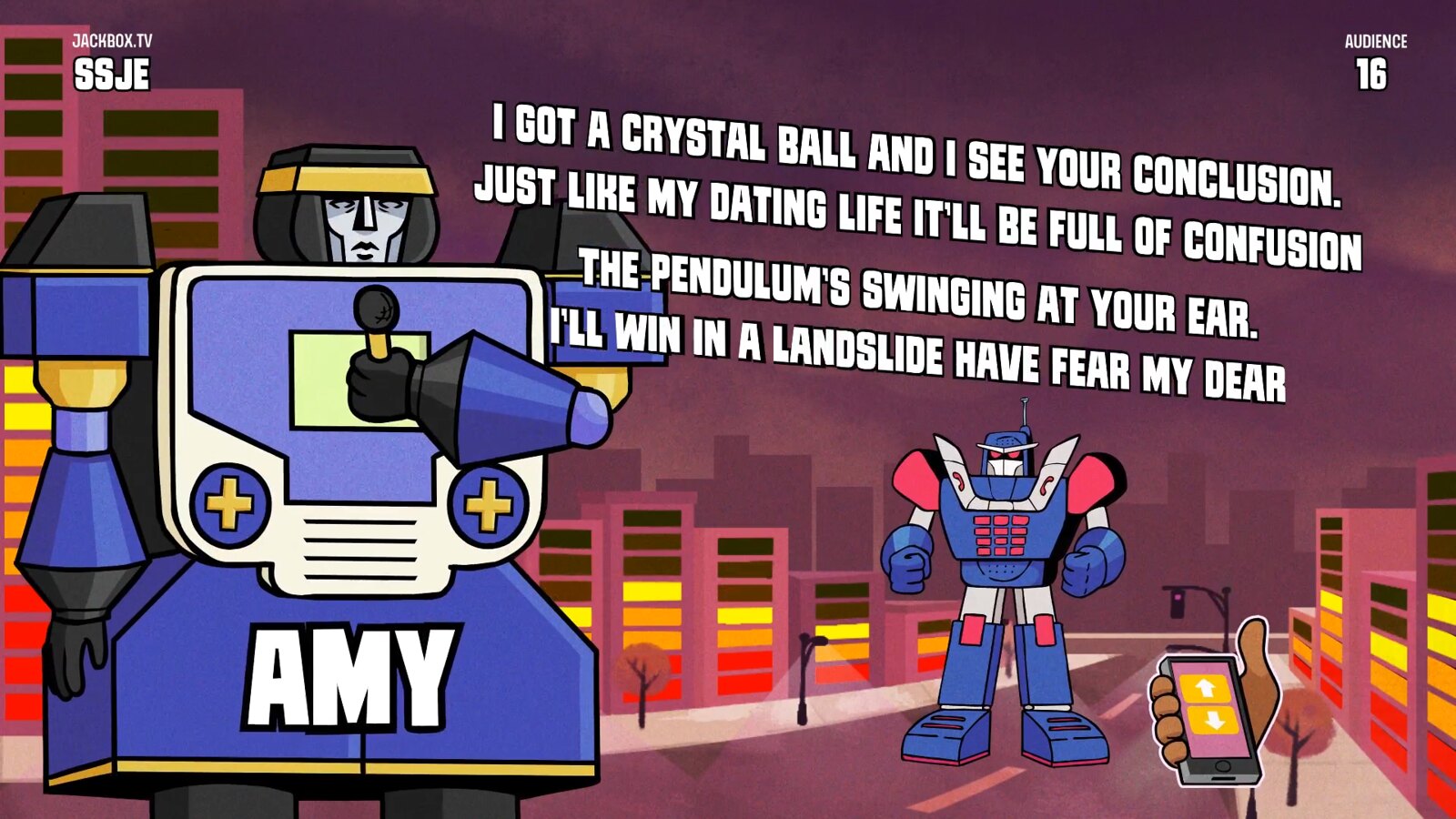 A lot of our games ask you to create ridiculous drawings, but only Patently Stupid uses those drawings for the betterment of society. Doodle bizarre inventions to solve problems submitted by other players, then pitch your product to get “funding.” It even creates an opportunity for you to get up, pitch, and channel your inner salesperson. 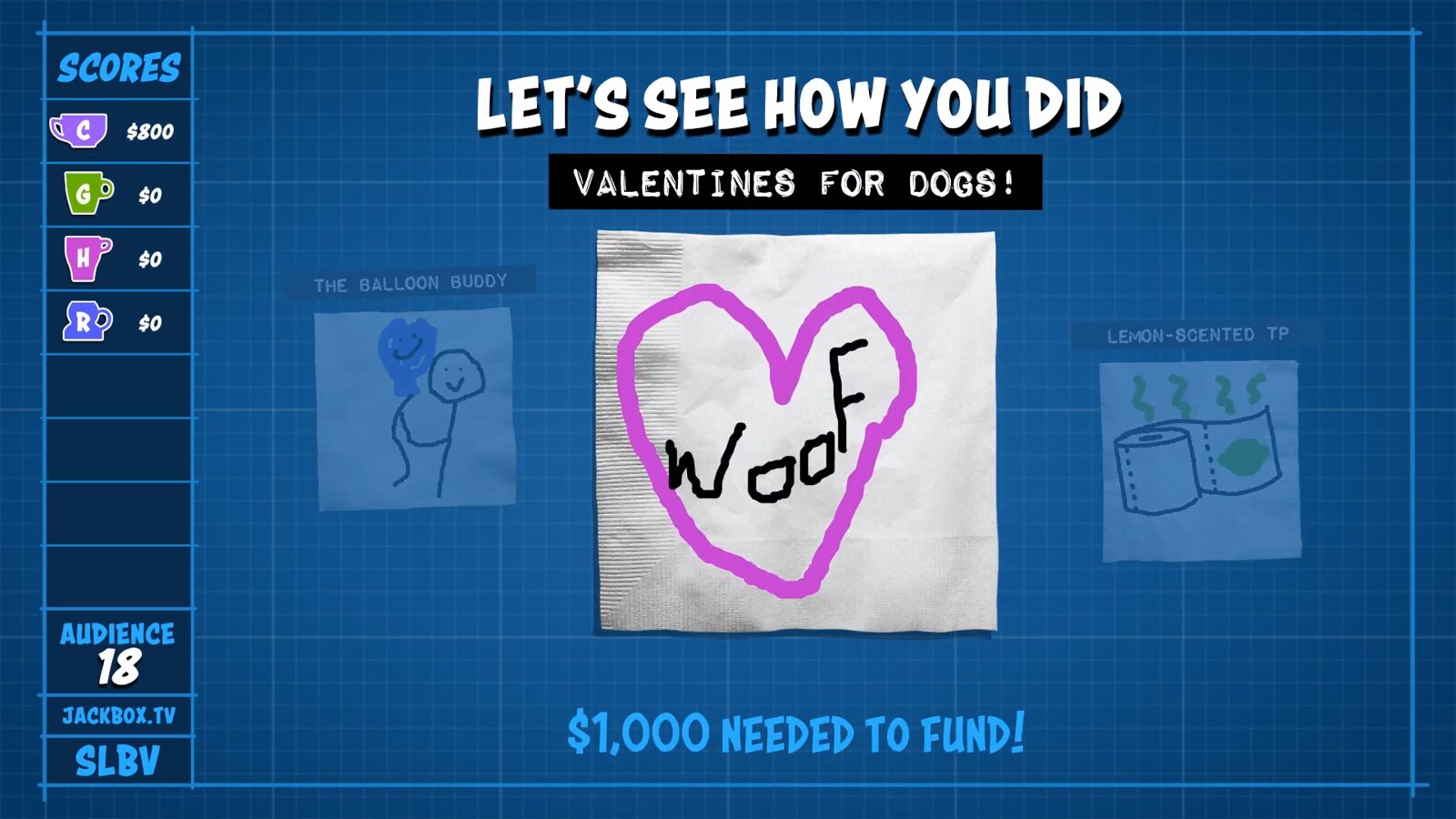 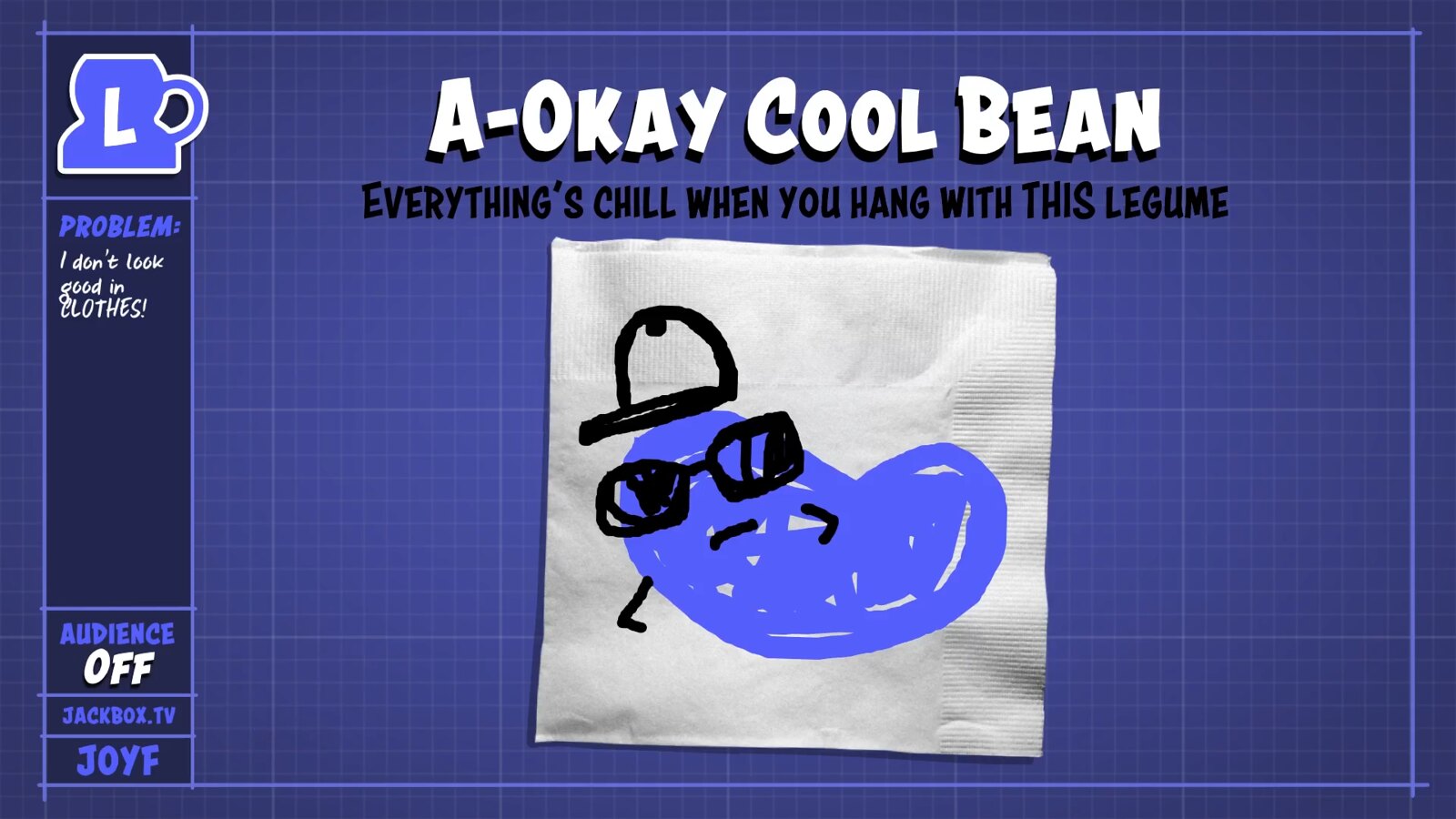 Zeeple Dome is one of our most ambitious party games yet. This slingshot physics game (set on an evil alien game show) requires you to fling your alien avatar at bloodthirsty enemies. Earn Zubabucks to unlock better power-ups and harder challenges. Slinging on your phone while keeping your eyes glued to the screen will quickly become second nature… if you want humanity to survive. 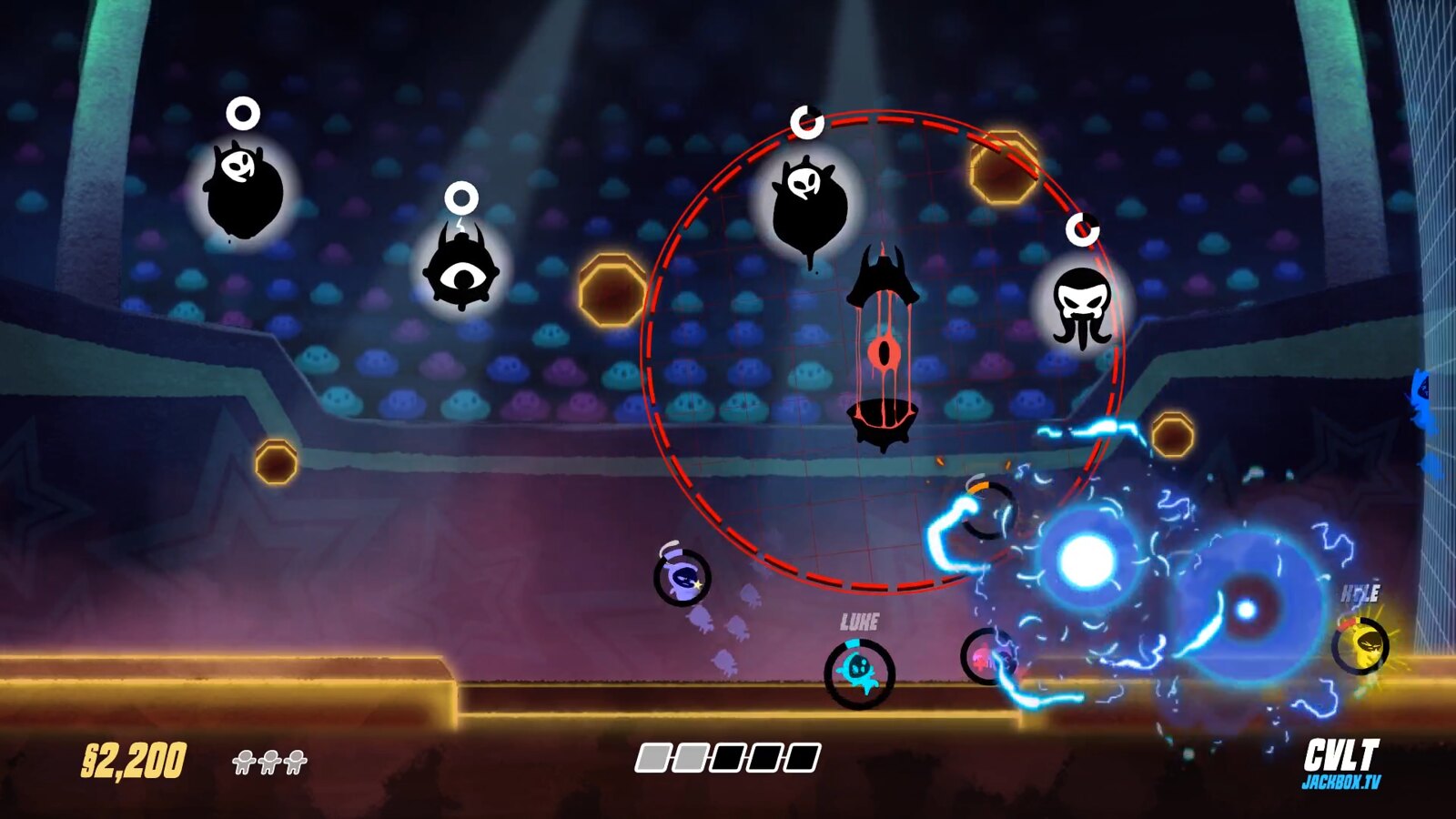 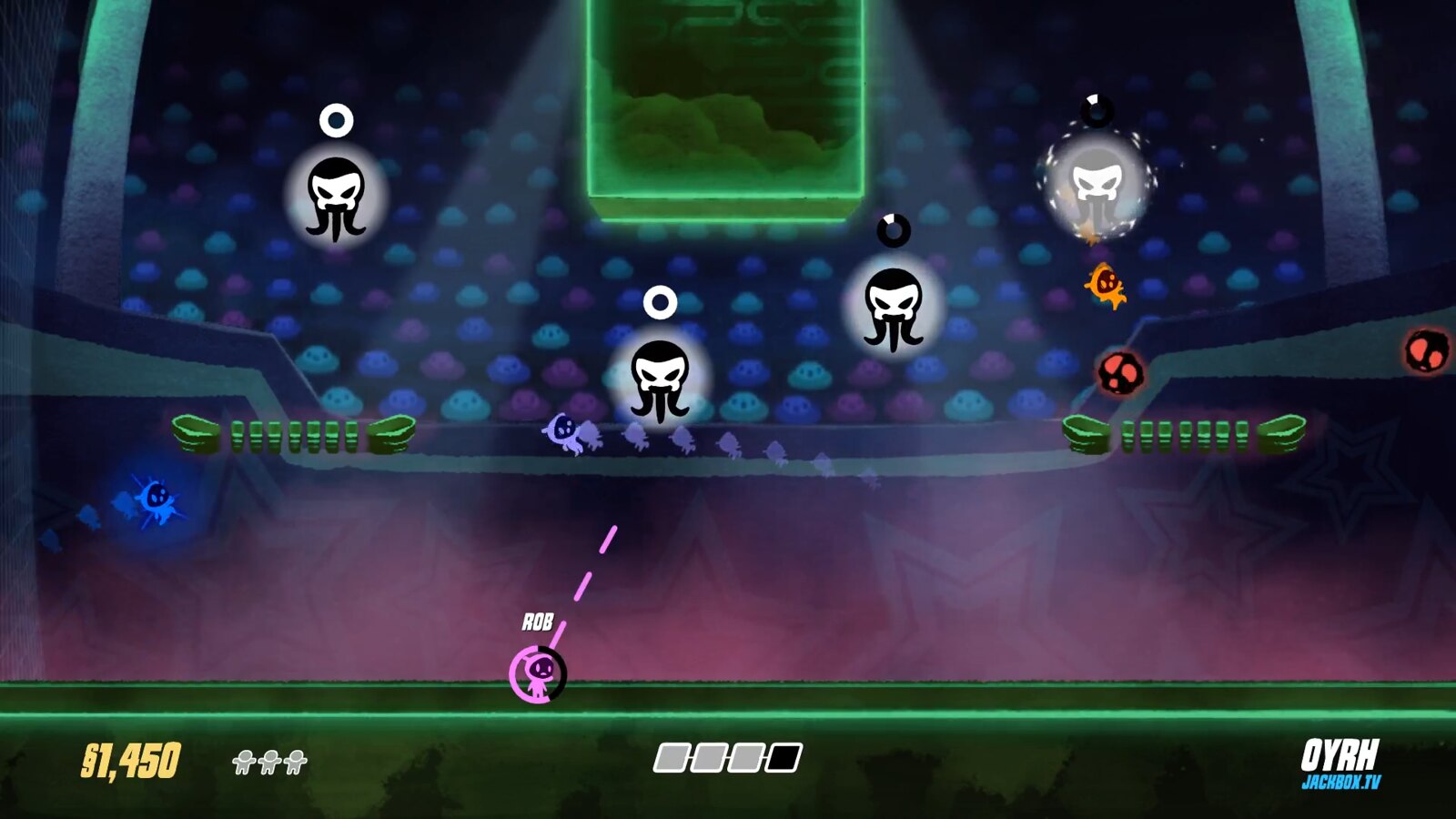 In addition to these features, here are a few more you can enjoy in The Jackbox Party Pack 5:

We hope you enjoy The Jackbox Party Pack 5. Don’t forget to pick up the game when it’s released on Tuesday, October 16, or be forever doomed to party drudgery!