Greetings Warriors! We here on the For Honor community team are thrilled our game is taking part in this month’s PS Plus program, which will open the gates for hordes of new recruits to enter our unique battlefields.

Your For Honor experience can be whatever you make of it, whether you want to spend your time honing your deadly skills in 1v1 Duels, or leading a team to victory in our various 4v4 modes. Check out these high level tips we’ve put together to make your introduction as glorious as possible. 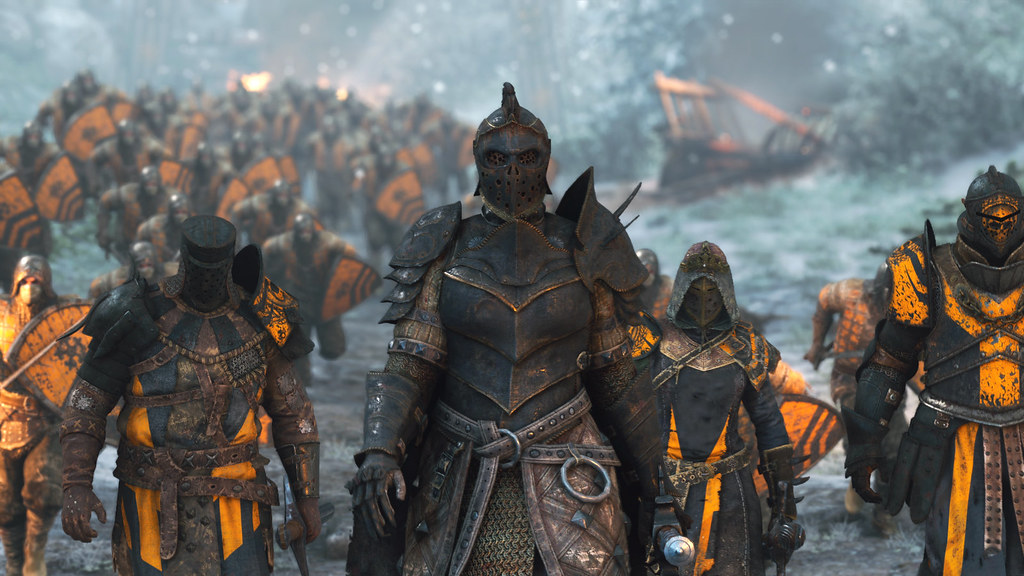 1. Start your journey in Story mode

When you first pick up your blade and venture out into the world of For Honor, Story mode is the perfect place to get your feet wet (with mud and blood).

Playable alone or with a friend, Story mode puts you amidst the tale of the great cataclysm that reshaped the world, plunging you into the fight between the Knights, Vikings, Samurai and a new powerful presence that thrives on conflict. Embody the greatest warriors from each faction and experience the gripping moments and bloodthirsty battles that shaped the world of For Honor for the future as you fight devious bosses, duel vengeful enemies and learn the ways of the warrior. 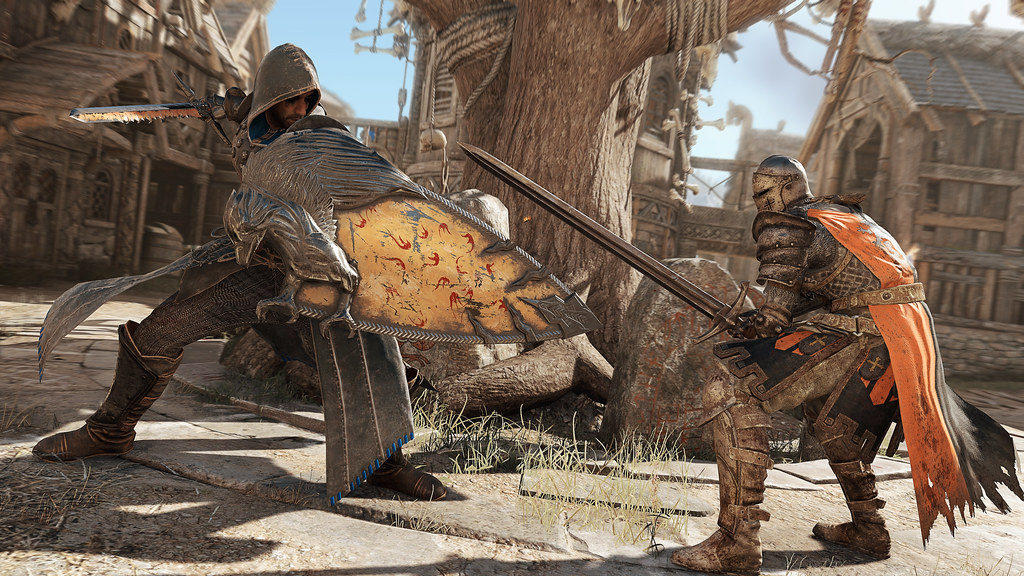 2. Sharpen your skills in the Arena

Once you’ve conquered Story mode, it’s time to get yourself ready to take your skills online and prove your dominance to the world. The Arena is the perfect place to start, giving you the perfect stress-free environment to try out any heroes that catch your eye.

The AI can be customized to perform specific actions, and you’ll receive full feedback on the intricate details of each move you perform, such as the stamina costs and how much damage would be done to the target, giving you the freedom to test the tech you’ve been developing and memorize the crucial moves that will give you an upper hand over your opponent. 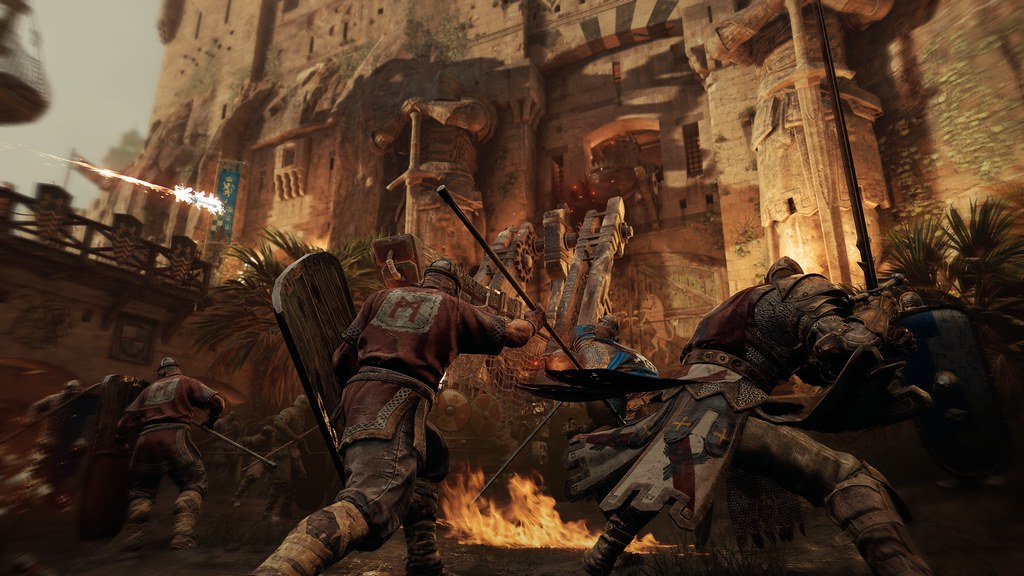 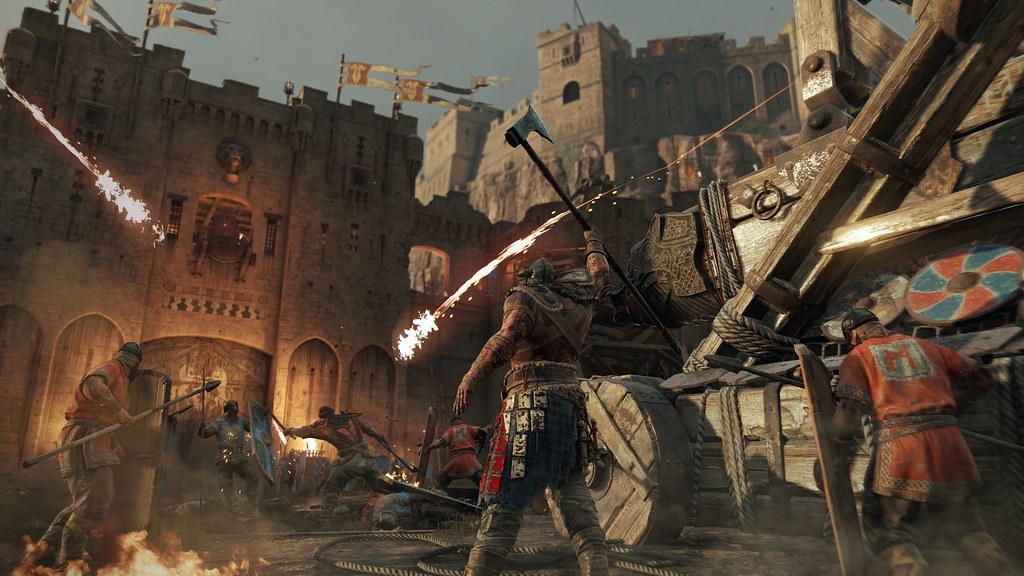 3. Experience a castle siege in Breach

Now that you’ve got your hero basics perfected, it’s time to show the world of For Honor what you’re made of. Breach, one of our multiplayer modes, offers the ultimate medieval fantasy of storming or defending a castle, along with the chaotic action and destruction that comes with it.

In Breach, two teams will face off against each other with very different goals. The attacking forces will attempt to escort a giant battering ram towards the enemy castle, attempting to slay their soldiers, drive their heroes back and reduce their walls to rubble. At the same time, the Defending team are tasked with holding them back, using poised archers, boiling hot cauldrons and deadly ballistas to their advantage in turning the tide.

If the Attackers manage to breach the walls of the Castle, there’s one final stage to take care of. The defending team’s Commander will emerge from his throne room to fight alongside the team. If the attackers can kill him, the glory of the day is theirs, but the defenders will take the win if they can keep him safe.

4. Dive into For Honor’s world of fashion

So you’re taking charge of the battlefield, you’ve got numerous sieges under your belt and your moves are as impressive as they are deadly. Of course, you’ll want to look good while doing it.
For Honor has a bunch of customization options that allow you to create the Warrior of your dreams.

Through masks, mythic and battle outfits, weapons and armor variations, emotes and effects, you can create a character that is truly your own. Does your Lawbringer take pride in their glorious golden attire? Does your Berserker fight with the power of the thunder gods? Will your Kensei be an armored demon, or fight for tradition? The power of customization grants you the opportunity to be in control. 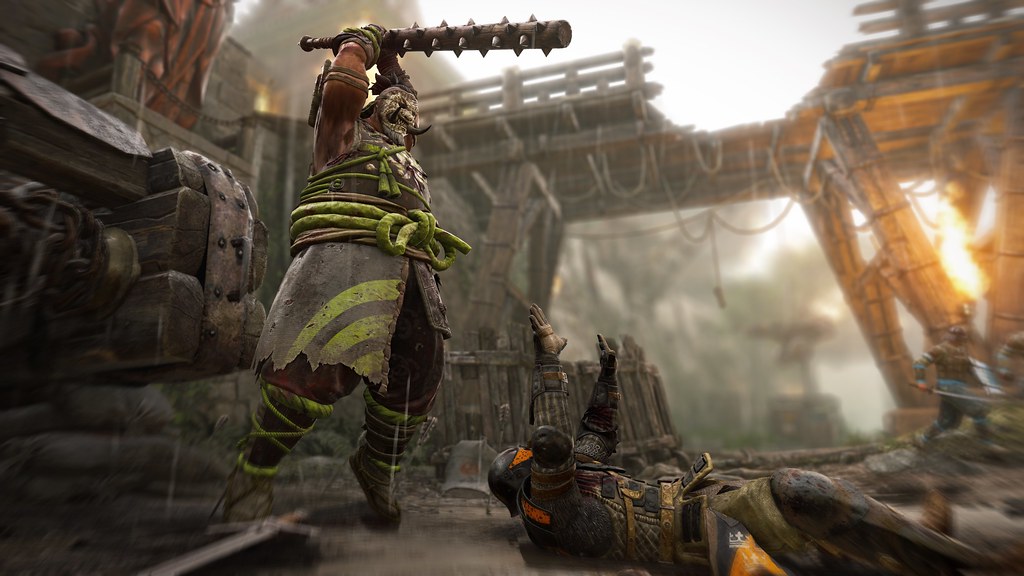 Death is the end, the final curtain, so when the bell tolls for your enemies, make a spectacle of it. In For Honor, you can unlock a variety of executions, allowing you to take out your enemy in a way that you see fit. Hack their heads off with the blade of your axe, stylishly sever them in multiple places, or simply slam them to the ground with your gargantuan strength. Each hero has multiple executions to choose from, allowing you to choose just how you wish to dispose of those that stand in your way.

Now that you’ve got an idea as to what For Honor is all about, grab your blades, strap up your armor and let’s storm the gates. We hope to see you on the battlefield!