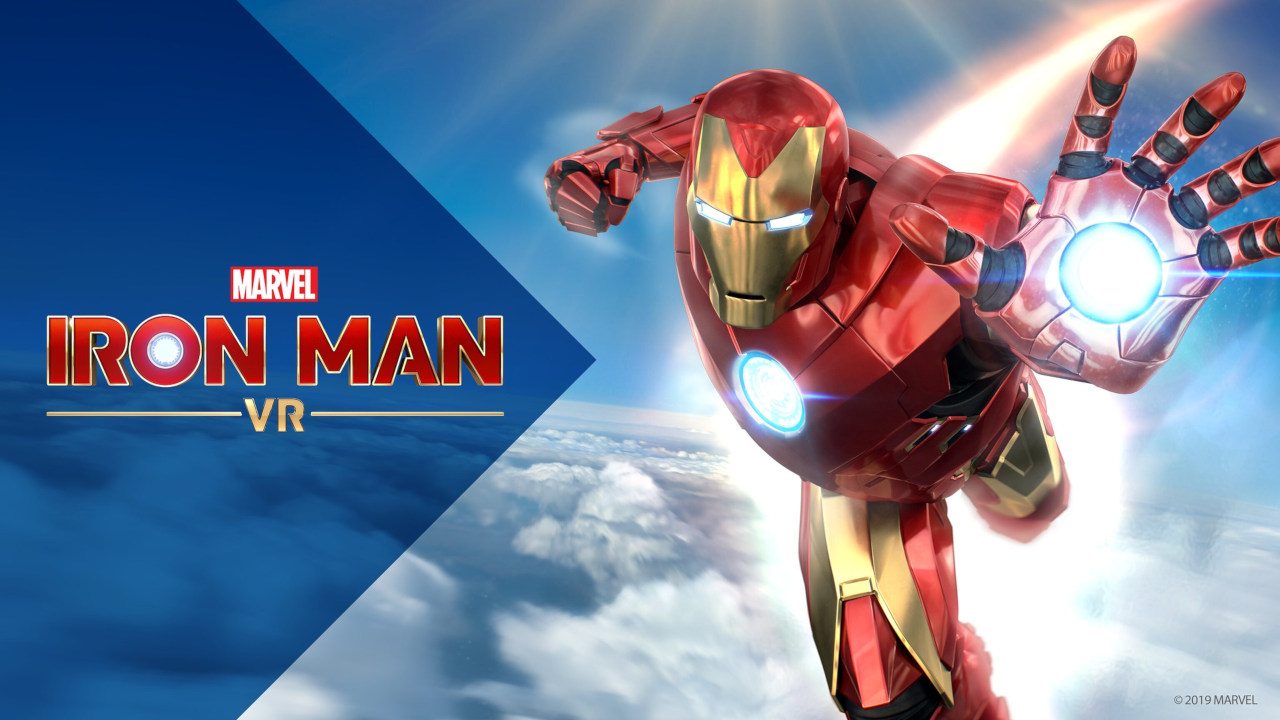 Given that we are only one week away from the release of Marvel’s Iron Man VR, I thought it would be fun to offer an unprecedented look at what you can expect from the full game.

Judging by the community’s incredible response to the free demo on PlayStation Store, people loved the game’s flight and combat controls, three-dimensional HUD and built-for-VR cinematics. The lengthy demo also prompted many to ask, “Wait, just how big will the full release be?” Read on to learn more!

As a PlayStation VR enthusiast, I know many of you want big VR-only games, not just demos or short experiences. That’s why we built Marvel’s Iron Man VR as a robust PlayStation VR-exclusive Iron Man action game with a deeply meaningful Tony Stark story. We initially thought the campaign would span 4-5 hours, but based on recent playtest data, we’re pleasantly surprised that average playtimes are now roughly double that!

One of the biggest challenges my colleagues at Camouflaj faced was creating huge, great looking environments to fly around at top speeds. This required us to build environments many times the size of our first game, République. (For comparison’s sake, you can fit twenty-three entire world instances of République into the initial Malibu environment.)

Getting texture streaming to keep pace with Iron Man’s super speed was a complex technical hurdle, but we stopped at nothing to ensure players can fly around beautifully rendered Marvel landscapes including (but not limited to):

It was a blast to partner with Marvel on building a fully realized S.H.I.E.L.D. Helicarrier to fly in and outside of. The level of detail our artists put into this space I think demonstrates the labor of love.

Our most ambitious environment, Shanghai, gives players the unique sensation of flying through a high density downtown with plenty of tall buildings to weave in between. We worked closely with Marvel Games’ VP & Head of Creative, Bill Rosemann and Creative Director, Tim Tsang, to craft a storyline that puts Stark Tower in the thick of the action and drama.

One of my favorite environments is this decommissioned Stark Industries plant. Despite being a relatively compact space (it only fits three entire République worlds), it’s a great environment to play one of our Combat Challenges in.

There are, of course, other environments in the final game that I can’t wait for you to see for yourself in VR.

For those of you who discovered the unlockable Combat Challenge in the demo, you know the game’s moment-to-moment combat has loads of depth.

Throughout our story-driven campaign, we layer on core mechanics in hopes that, by the final cinematic, you feel so in tune with the controls that you feel like you’ve fused together with the Impulse Armor. Here’s a high-level overview of some of our baseline mechanics:

We heard how much you love boosting at high speeds, so just a few weeks ago, we further increased the frequency at which you can boost in the full game. Buckle up!

My favorite mechanic. I can’t get enough of punching enemies with a one-two-three hit combo and then finishing them off with a Repulsor Blast or auxiliary weapon.

By spending Research Points at the Armor Station, you can unlock powerful auxiliary weapons that fire out of your gauntlets. When you play the full game, please do me a big favor and check out the incredible detail artist Chris Foster and animator Benjamin Meals put into each weapon. I can’t tell you how cool it is to see those weapons emerge from your forearms in VR.

The rough-and-tumble cousin of Rocket Punch, Ground Pound allows players to descend on enemies at furious speeds. Mastering Ground Pound takes some practice, but once you do, you will be a powerful force on both horizontal and vertical planes!

Eagle-eyed players noticed blasting enemies charges the Unibeam meter. Once it’s fully charged, you can fire a mighty Unibeam blast out of Iron Man’s chest. The trick, however, is determining the optimal time to trigger it…

There are more mechanics I have yet to touch on, but I hope that gives you a better idea of how much love and depth we put into the moment-to-moment action of Marvel’s Iron Man VR. The true test will be if you can complete the tough-as-nails optional mission that unlocks once you’ve completed the game. (It’s so challenging in fact, that I have yet to complete it…)

One of the great things about Marvel is how it pairs great action with relatable character drama. This is why Marvel’s Iron Man VR features Iron Man action moments intertwined with a personal story about Tony Stark struggles with his worst enemy: himself.

Without encroaching into spoiler territory, let’s just say that we’ve made arming the Impulse Armor with weapons part of Tony’s journey to overcome his past.

One of my favorite things to do is step up to the Armor Station, see the Impulse Armor in all its glory, and then upgrade it with new augments and auxiliary weapons. This is all performed via an intuitive 3D interface, and looks and sounds just as you would imagine it would be for Tony Stark himself. I just can’t get enough of it!

When you’re not tinkering with the Impulse Armor, try roaming around Tony’s garage, squeeze in a workout, give Pepper a call, or maybe listen to our in-fiction podcast series hosted by a close(ish) family member of Tony Stark…

An eclectic cast of characters

Since the beginning of development, lead writer Brendan Murphy and I knew we wanted to tell a personal story about Tony Stark that leveraged the unique storytelling strengths of PlayStation VR. We wanted to put players in the shoes of Tony and bring them up-close-and-personal with classic Marvel characters such as Pepper Potts, Nick Fury and FRIDAY (as well as a host of other characters we have yet to reveal).

To deepen the sense of immersion, we’ve crafted a number of campaign beats that allow you to physically interact with these characters and form a stronger bond.

I’m certain many of you have heard that developing VR games can be extremely challenging, and guess what? It’s absolutely true…

With traditional game development, I often say that its rulebook is the size of a thick old phonebook. With virtual reality being a relatively new medium, however, its rulebook is more akin to a passport: it’s thin, many pages have yet to be filled in, and — to take the analogy even further — it shows you where you can go but contains little information about how to actually get there.

During the development of Marvel’s Iron Man VR, we were amazed at how much VR-powered interactions added to the sense of immersion — moments such as extinguishing an engine fire or rescuing Pepper from a burning jet. Although building these moments require lots of time and resources, we had a blast sprinkling them throughout the main campaign.

Here’s one example from our Helicarrier campaign mission: grab a heavy door with your left gauntlet and then thrust backwards with your right! The team iterated heavily on this Super Hero Action to give it a real sense of weight.

For those of you who attended the Marvel Games panels at San Diego and New York Comic Con last year, you got to hear directly from the voices of Tony Stark (Josh Keaton) and Ghost (Chantelle Barry).

Today I’m pleased to announce a few additional cast members including Leila Birch (FRIDAY), Ike Amadi (Nick Fury), and the ever-prolific Jennifer Hale (Pepper Potts). Every actor did an incredible job providing an authentic take on these classic characters while also lending them a unique voice.

We’re also blessed to have long-time collaborators Dwight Schultz as well as Matt Mercer and Leonardo Nam rounding out the main cast. (I just wish I could tell you which characters they are bringing to life…)

One week ’til lift off

It’s hard to believe it but Marvel’s Iron Man VR releases next week on July 3! Digital pre-orders are now available on the PS Store for both Standard and Digital-Deluxe versions, and both include some pre-order bonuses.

I’ll be back next week for one more post leading into launch.

Until then, back to the Garage!

Pythonesque adventure game The Procession to Calvary coming to PS4