The Guiding Lands have undergone lots of change lately. First it was Rajang opening up the Volcanic Region, Stygian Zinogre paving the way to the Tundra Region and the discovery of Safi’jiiva. Raging Brachydios and Furious Rajang are upon us… and on the horizon we see the embodiment of calamity: Alatreon!

Headed our way this May is one of the mythical “Black Dragons” of Monster Hunter. Alatreon is also known as the “Blazing Black Dragon” but that moniker only tells a fraction of what to expect from this Elder Dragon. Alatreon brings to the table dynamic new elements to the hunt, so you’ll always have to be ready to adapt to the situation if you want to survive. This battle will be a monumental test of your abilities as Hunters of the Fifth Fleet. 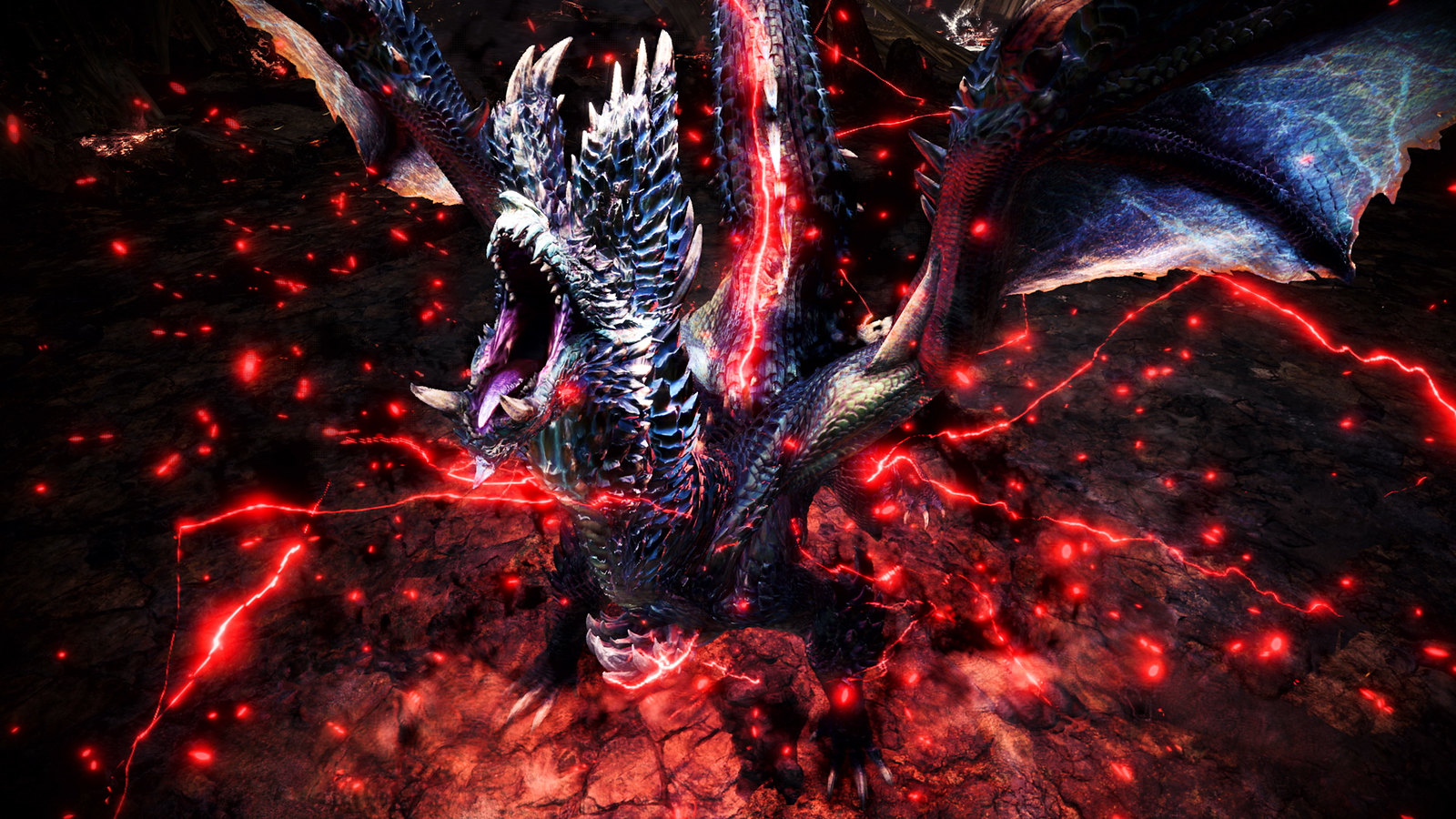 Alatreon’s arrival is still distant and details on its behavior in the New World are still scarce; but stay tuned for more details as the Guild discovers more info on this awe-inspiring Elder Dragon. Part of what makes Alatreon special is the category of monster it belongs to: “Black Dragon.” The existence of these “Black Dragons” has been treated more like a taboo in Monster Hunter series; so much so that there hasn’t even been much official information disclosed about these monsters. However, this May we’ll finally be pulling the curtain a bit and talking about one of these mythical beings in an official capacity. We’re very excited for this occasion and hope you stick around to find out more and face this mythical “Black Dragon” in Iceborne.