Battlefield V is less a destination than a journey — one that will take you through some of the most unexpected battles of World War II. We call that ongoing journey the Tides of War, and with each upcoming Chapter, you’ll be introduced to new gameplay, experiences, battlefields, and game improvements. And the best part? There’s no paid DLC with Battlefield V; every bit of that content is free for all players.

Hopefully, you had a chance to check out all the incredible content introduced in Chapter 1: Overture. From the brutal, mechanized Panzerstorm map to the single-player War Story, “The Last Tiger,” Chapter 1 was packed full of new combat experiences and rewards. And Chapter 2: Lightning Strikes is bringing even more.

If you like fast-paced, intense combat, you’re going to love the additions coming with Lightning Strikes. Let’s start with a more streamlined and aggressive version of the classic Conquest mode. Squad Conquest is an eight vs. eight map domination mode where the defenders start with control of all the flags. With limited respawns, they must try to hold their ground against an onslaught of determined attackers or risk being wiped out.

The pace doesn’t let up in March, either, with the return of a re-vamped fan-favorite, Rush mode. As the name implies, this one’s all about staying one step ahead of your opponents. Attackers press forward attempting to arm multiple bombs with only a limited number of respawns. Defenders have unlimited respawns, and they’ll need them in this frenzied 16 vs. 16 mode. 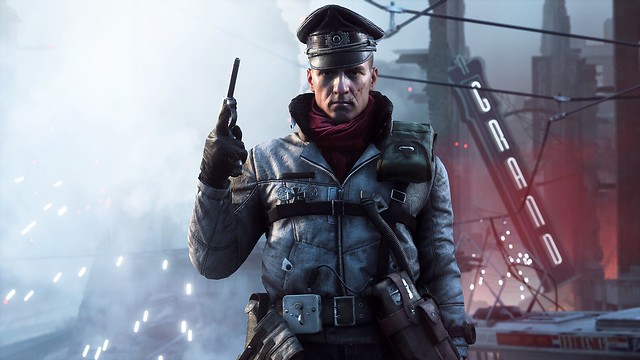 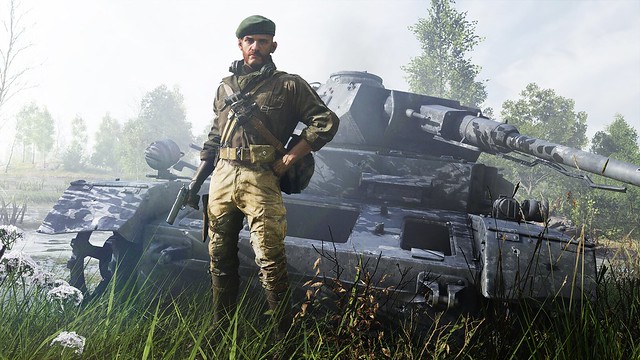 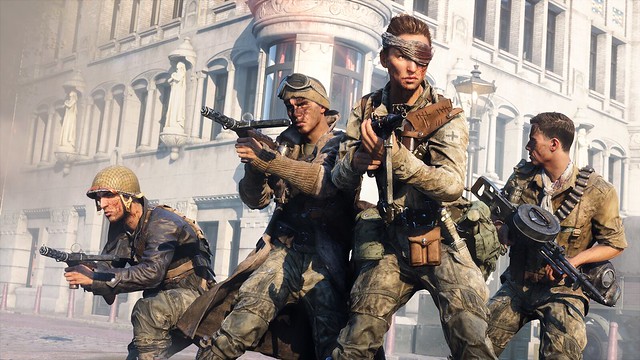 Both Squad Conquest and Rush mode are only available for a limited time, so don’t miss out.

The Chapter also brings a new Grand Operations, featuring the power of the German war machine as it attempted to crush Allied resistance in Belgium. What’s a Grand Operation? It’s the ultimate multiplayer experience in Battlefield V, letting you experience vast historical battles across several maps and modes over several in-game “days.” In Lightning Strikes you’ll start with air combat and end with brutal close-quarters fighting.

When it comes to skill and squad play, the new co-op Combined Arms mode gives players the opportunity to work on both, with up to three friends. With endless variation regarding objectives, locations, and challenges, players can set their own difficulty levels and work on playing the objective, learning the subtleties of each of the Classes, and how best to work with your squad. It’s a perfect place for anyone new to the game to get the hang of the fundamentals or for vets to challenge themselves on hardcore. 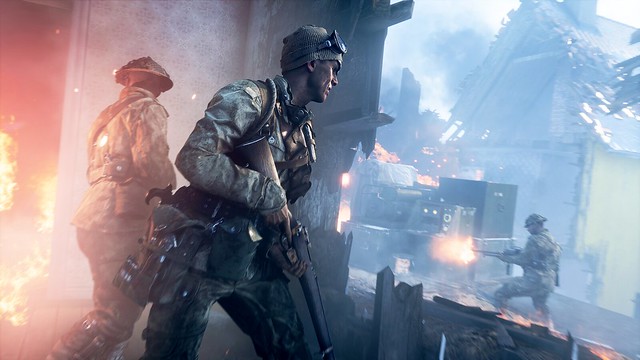 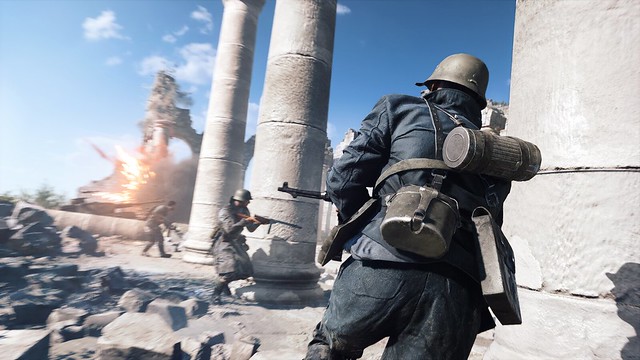 Each week will bring you the opportunity to take on Chapter Events; these are sets of challenge trees where you choose your path and work your way toward fantastic rewards. What kinds of rewards can you win? Weapon unlocks, visual customizations, Company Coin (in-game currency), and more. Everything you do during each Chapter helps you earn XP and work toward increasing your Chapter Rank. The more you play, the more you can earn, and the better you’ll get at Battlefield V.

What else will you find in Chapter 2? A wide variety of new weapons, skins, Dog Tags, and Emblems for you to unlock, to start. And an added class of vehicles is coming your way as well — the Tank Hunters. As the name implies, they’ve got one job, and they do it very well. Want to join the hunt? Get ready to climb into a Mosquito combat aircraft, the Archer Tank, or the fearsome Sturmgeschütz — they’ll be joining the fight soon. 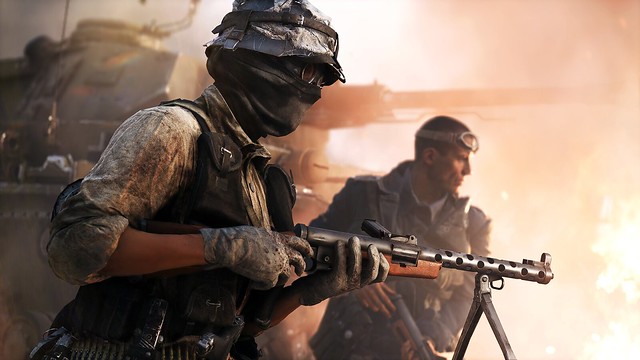 There’s more to discover on the ever-evolving front lines of Battlefield V. Enlist now and join the fight as Lightning Strikes.