Dominating in Doom has always been about moving, shooting, and moving some more. The iconic FPS series reinvented itself in 2016 by forcing players into intimate tooth and nail battles. Doom Eternal ratchets up the intensity while layering on sinfully fun traversal options, resulting in a delightful dance of improvised chaos.

I’ve devoured every Doom title to date, but the wealth of new features gave me pause. But when the fireballs started flying, everything clicked. Like jumping out of a speeding car – Doom’s demonic ambushes forced me to hit the ground running. 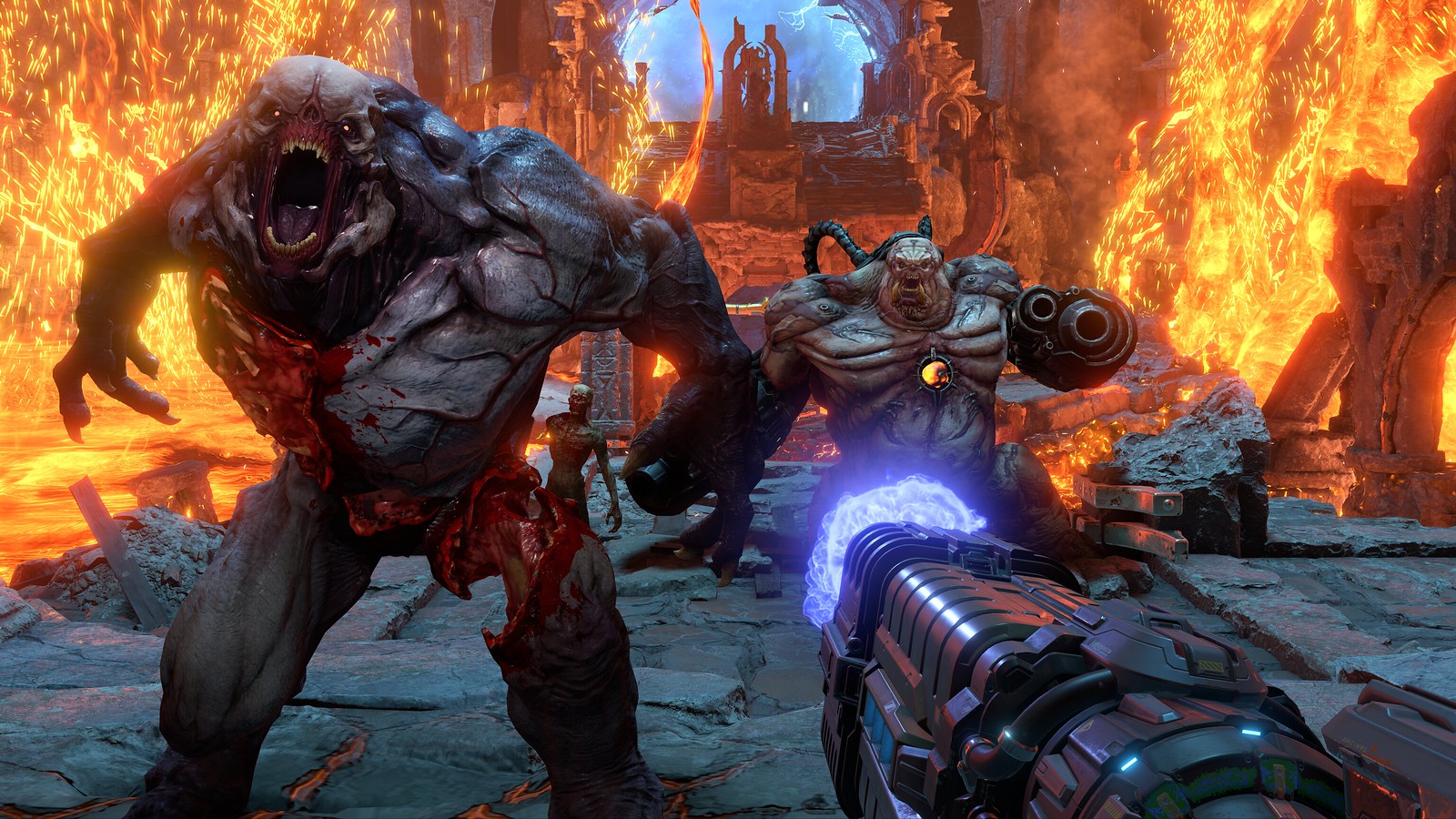 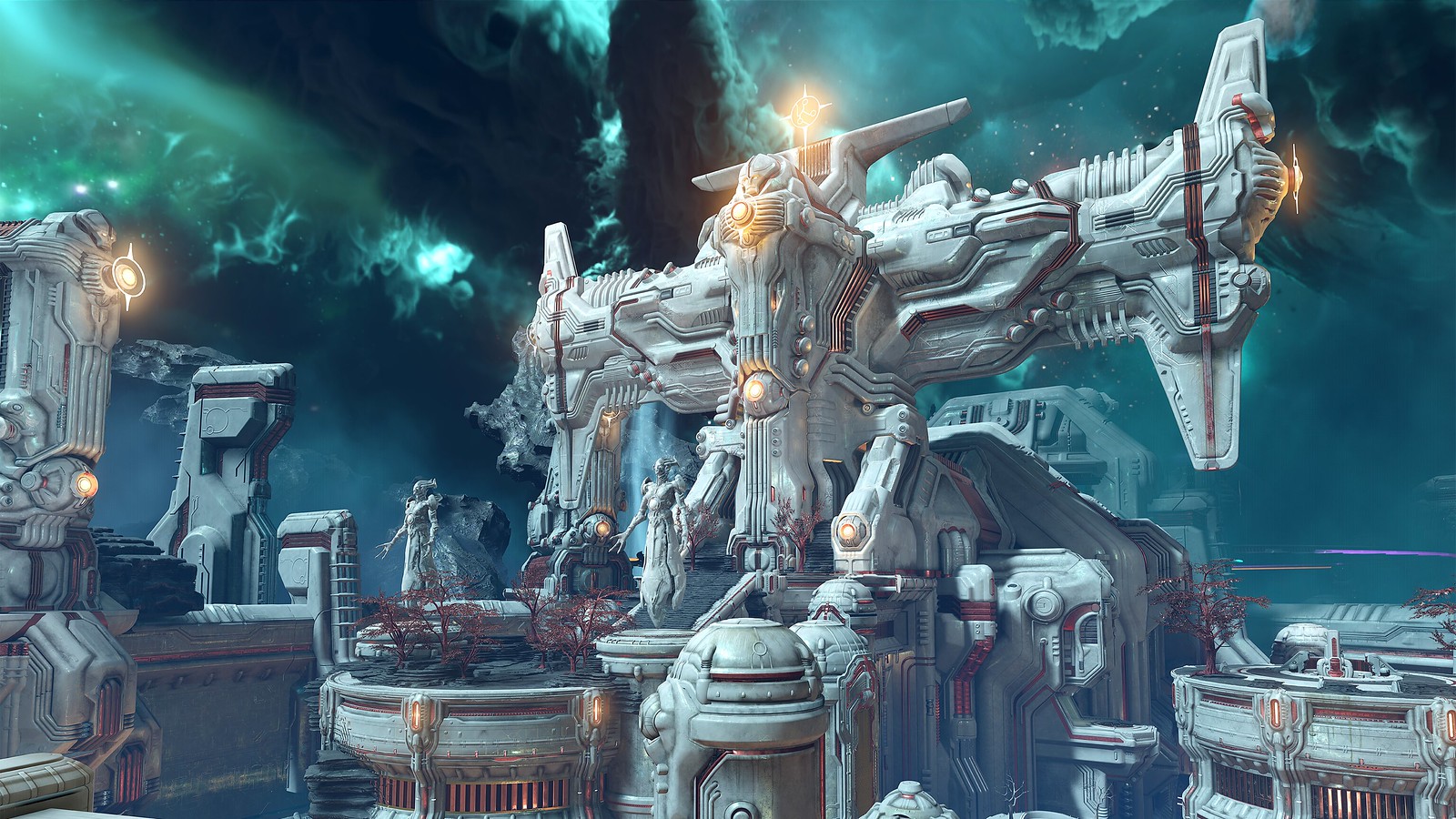 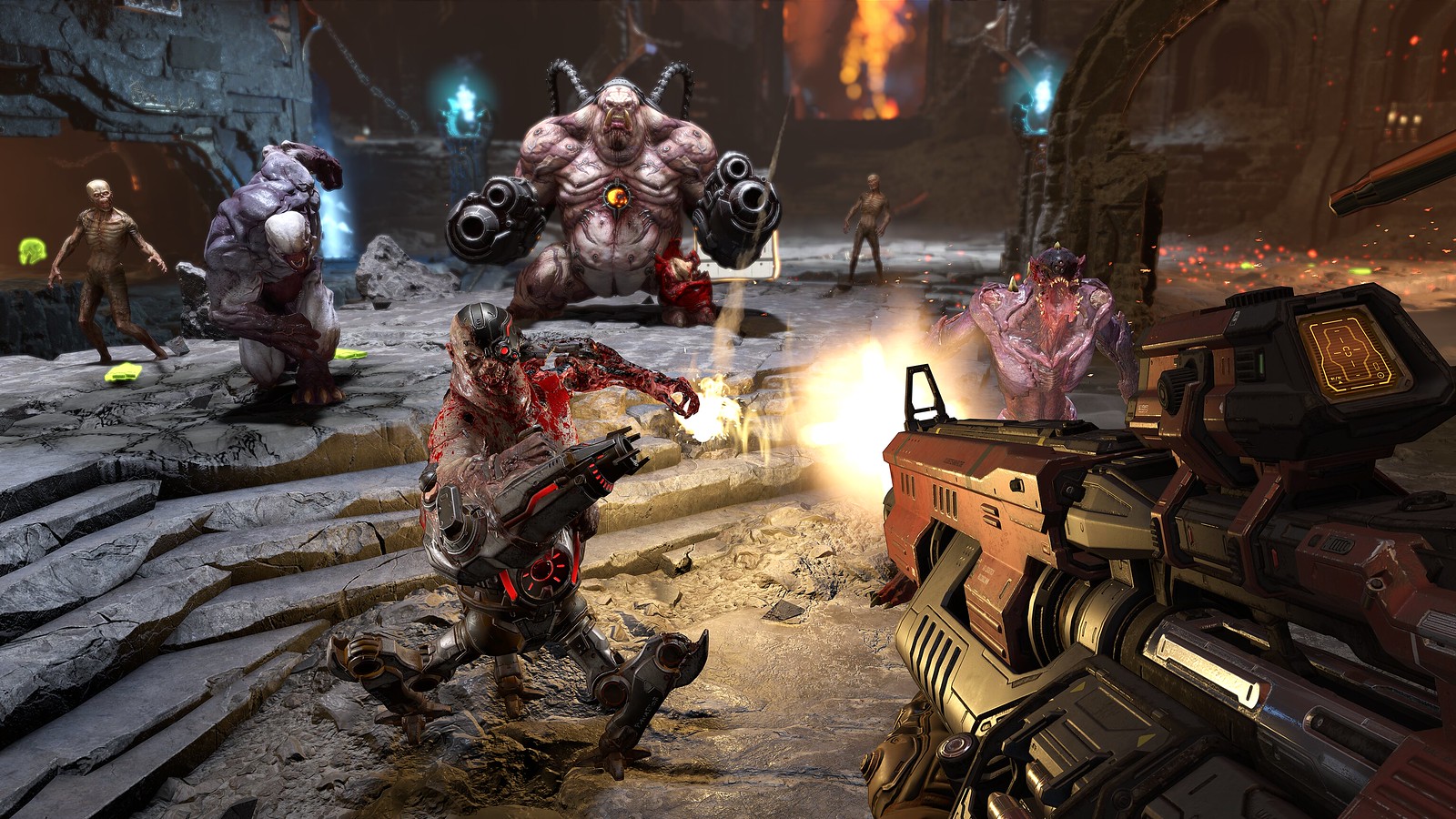 The core of Doom Eternal’s gameplay still involves running, gunning, and “glory killing” demons to replenish your health. In a similar vein, the new Flame Belch flamethrower helps you earn armor shards, which you’ll need to endure this sequel’s tough foes. Even basic Imps seem more nimble and aggressive than the previous game, so be on the alert.

A new Blood Punch ability further ratchets up melee, empowering you to (occasionally) splatter entire groups with a single mighty blow. Remembering to tap into these new kills is half the challenge, but the results are so cathartic that it soon becomes second nature.

Doom Eternal bestows devastating additions to its beloved arsenal. The Plasma Cannon packs a punch and boasts a retro Doom aesthetic — its new alt fire also enables you to microwave foes into puddles of goo. The Super Shotgun is a close-range destroyer, but the real beauty is the Meathook that grapples you towards distant foes to facilitate point-blank carnage. A new rail gun-esque Ballista boasts a secondary fire that launches an exploding bolt to devastate flying enemies like Cacodemons. This is the most bad-ass weapon lineup in Doom history, and we haven’t even seen it all. 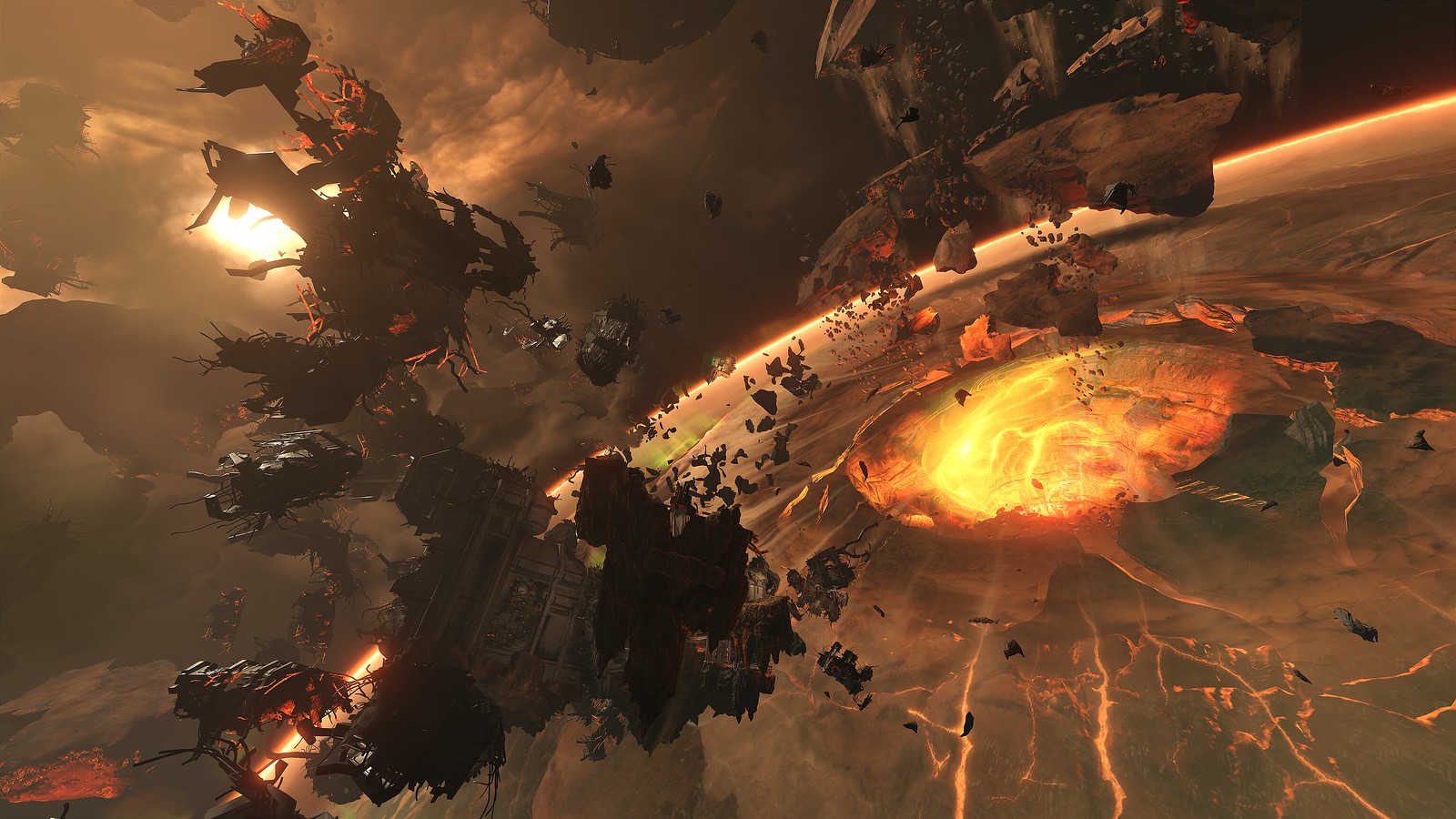 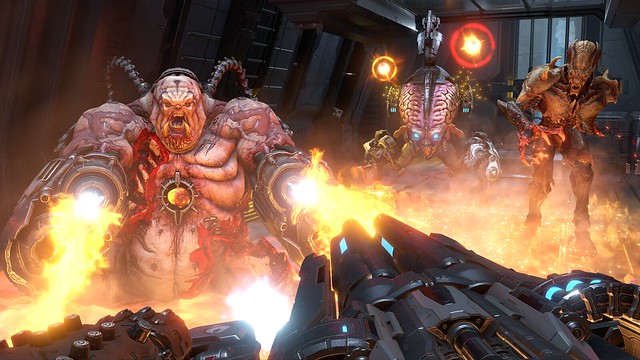 Exotic weaponry is only fun if you’re alive to use it. Luckily, Doom Eternal’s new traversal options up the survival odds. In my demo, the double jump allowed me to mantle to better vantage points. The double dash ability helps dodge lunging foes, and quickly closing the gap for glory kills.

These jumps and dashes are crucial for platforming through Hell’s obstacles, along with new wall-climbing sections. So far, Doom Eternal’s environmental traversal challenges are even more engaging and puzzly than the previous game.

Mick Gordon’s aggressively energetic score never seems to stop, even when you die and the game has to reload your last checkpoint. Instead, it dynamically and seamlessly swaps to a more subdued version of whichever track is playing. This, along with plenty of other touches and techniques built into this scorching sequel, keeps the adrenaline pumping even when you’re loading up that second (or third, or eighth) attempt at an encounter. 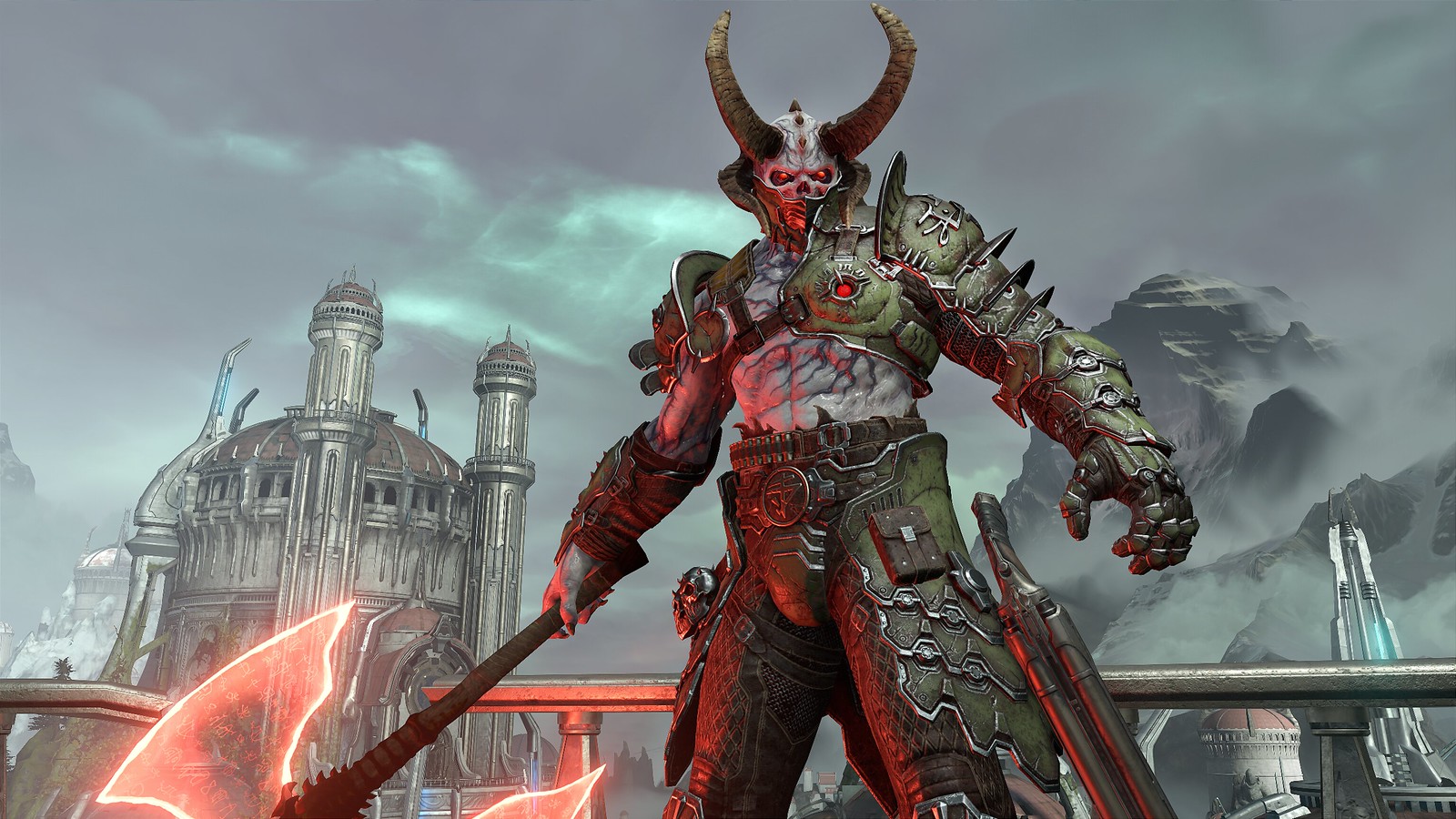 My blistering time with Doom Eternal was so fast-paced that my memory is a blur of blood, bullets, and fire. Below are some other insights I gathered while stretching to use all the new gameplay features:

Return to Hell and up your demon-slaying game when Doom Eternal hits PS4 November 22.

Figment is a Surreal Adventure Set in the Subconscious