The upcoming Season of the Worthy in Destiny 2 is going to bring together a bunch of awesome events and memorable moments for players, including the return of our pinnacle PVP experience, Trials of Osiris, which will be a permanent addition to the game running every weekend. Destiny fans have been asking for the return of Trials for a long time, which is why it’s been so cool for us to watch as Guardians themselves rang in the return of Trials via the Empyrean Foundation. 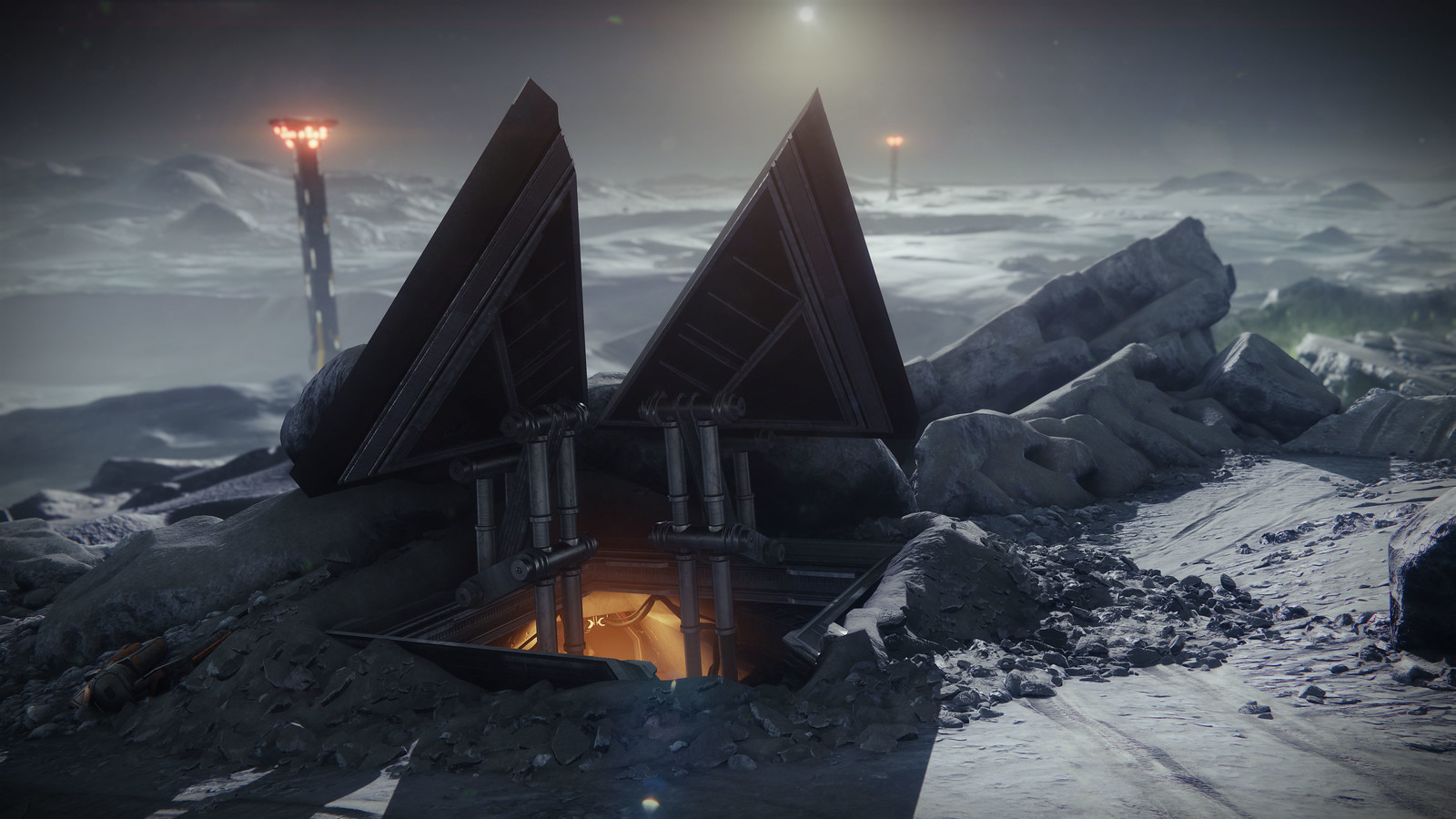 In Season of the Worthy, players will explore Warmind Bunkers in their quest to power up Rasputin.

One of the coolest aspects of working on Destiny 2 has been the team’s dedication towards creating a big, ever-evolving world; a place where Guardians can make a lasting impact on the game. For Season of Dawn, we knew we wanted to provide an opportunity for players to have this sort of world-changing influence, but it took a lot of discussion to figure out exactly how it could work.

From the beginning, the mysterious obelisks were a key component for Season of Dawn. They were originally only placed on destination worlds (EDZ, Nessus, Mars, and Tangled Shore) and they were tied more closely to the return of Saint-14, which we knew would be the main narrative focus for the Season. At that point in development, the central Tower obelisk didn’t exist and we were considering things like having characters like Zavala and Shaxx give the player gifts which they would use to decorate the hangar to celebrate Saint’s return.

After lots of discussion and playtesting, we decided to create the Tower obelisk, which simplified things for players. Now, instead of having to travel to each of the destinations to pick up weapon bounties, they could connect the remote obelisks to the Tower obelisk and get everything from there.

During this time, other parts of the development team were working on the return of Trials of Osiris, which we knew would be welcome news for fans. For me, the big “ring the bell” moment was when we realized that it should be the players themselves that brought back Trials. That’s when we came up with the idea of rebuilding the Lighthouse via donations to the Empyrean Foundation. Here was our opportunity to not just create something fun for players to play and talk about, but that would also allow players to bring about meaningful change. There was still a ton of work to do, but we were all excited about the direction. 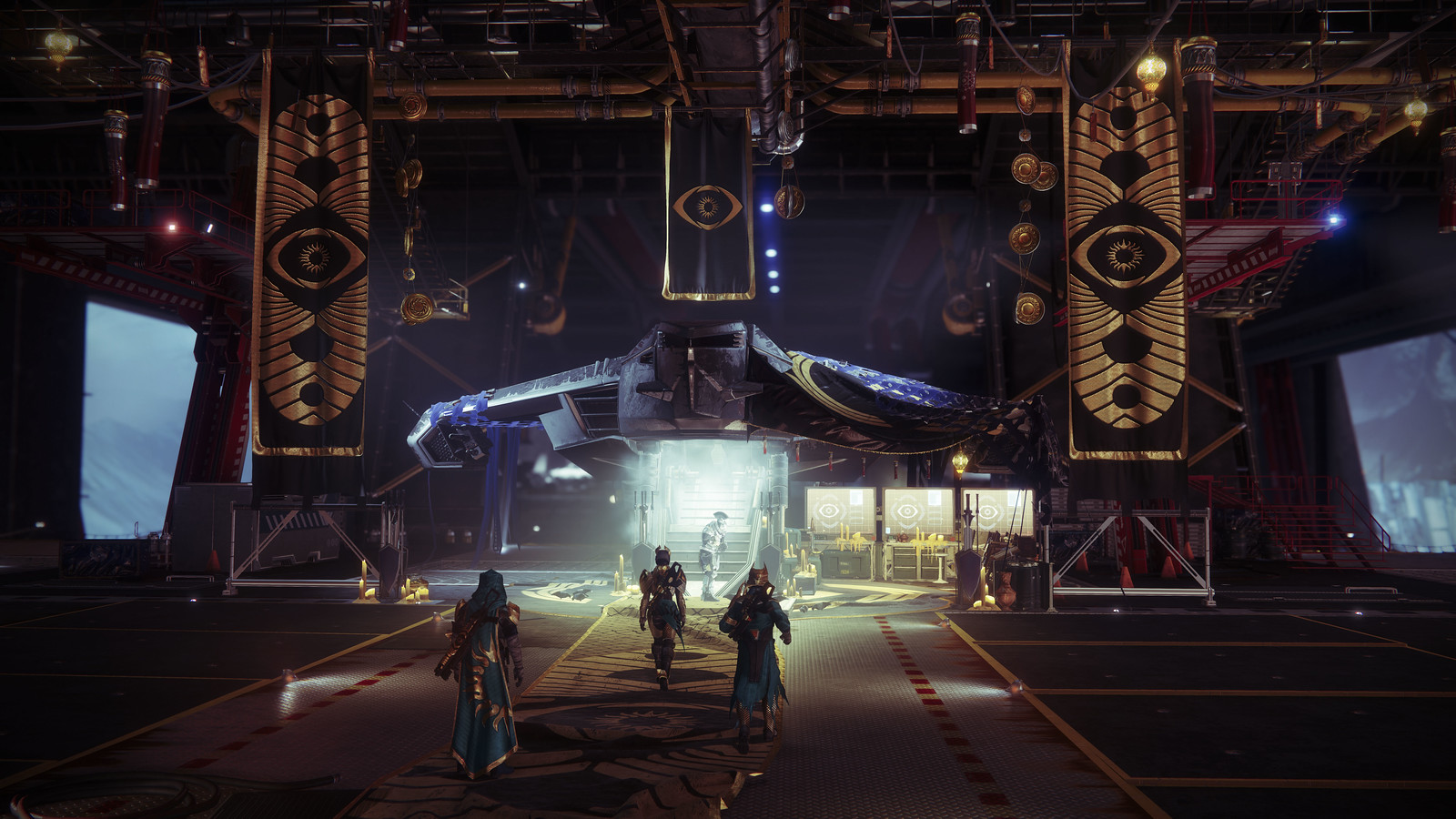 In Trials of Osiris, Saint-14 will oversee matches as Guardians strive to get to the Lighthouse.

Once we had the design direction in place, we had fun with elements of the Empyrean Foundation such as the “donate vs. invest” strategies that became a huge part of the community conversation towards the end of the Season. While anyone could donate their Fractaline currency to help progress the rebuilding of the Lighthouse, players could also invest their currency by upgrading the Tower obelisk and receiving even larger Fractaline payouts as a result.

We originally created the invest option to give players who didn’t have a lot of time to play a chance to “catch up” if they came back to the game in the middle of the Season. Watching players discuss the pros and cons of donating vs. investing has been really fun for the team, especially as we got close to the end.

We took away a lot of great lessons from the Empyrean Foundation, lessons that I think will help us as we continue to build opportunities for our players to show their impact on the world of Destiny. Now that the Lighthouse is lit, Trials of Osiris awaits!

Thanks for being here and I’ll see you on March 10 for the launch of Season of the Worthy, and on March 13 for the opening weekend of Trials.