England: March 20, 1912. Alistair Rhodes, elusive patriarch of Call of Duty: Black Ops 4’s Chaos storyline, hosts a sumptuous gala at his manor in the countryside. Friends and acquaintances, dressed to the nines, join the revelry alongside an impressive display of Alistair’s relics, artifacts and luxurious artwork. 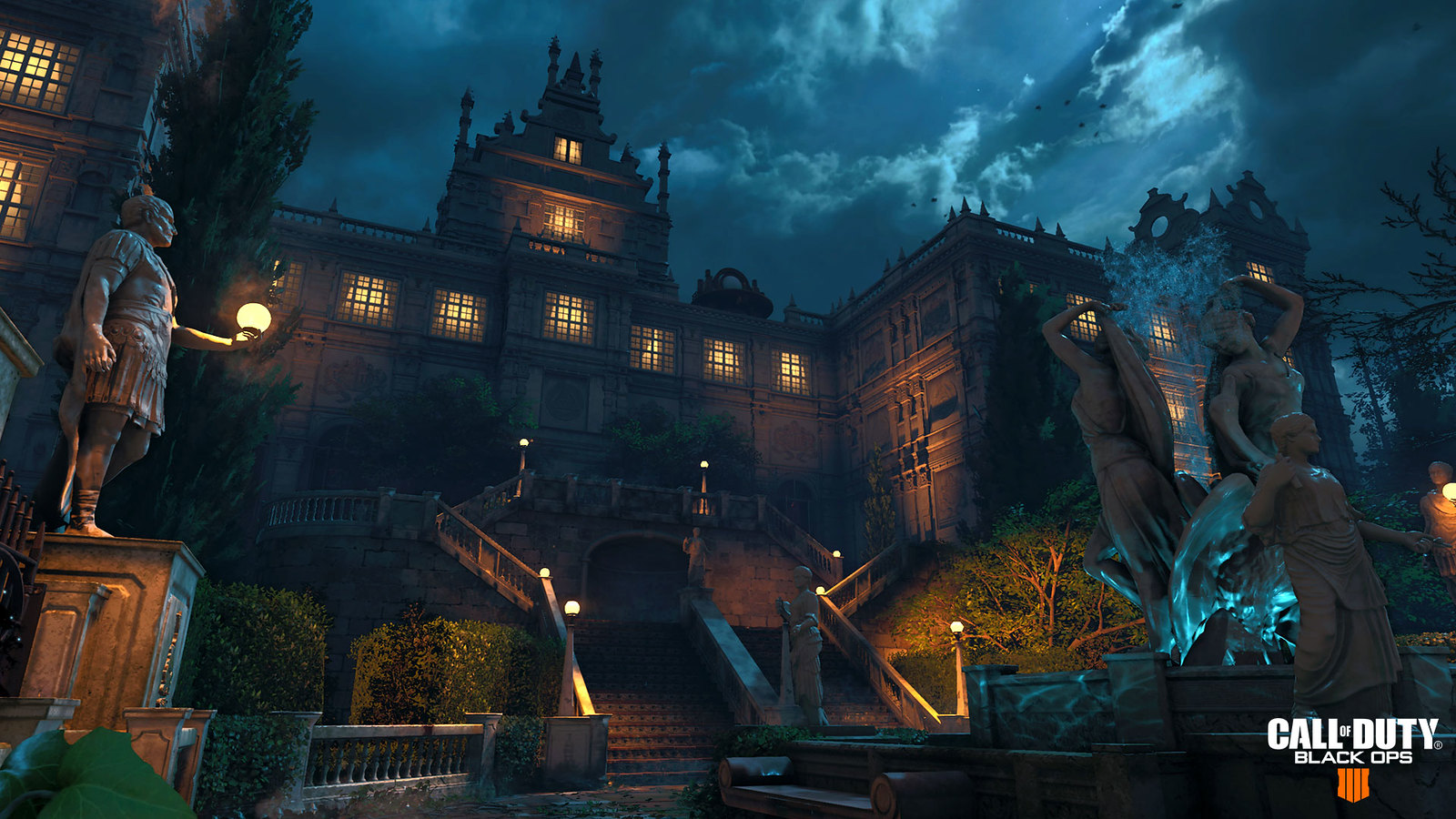 That is, until a mysterious force takes hold of the party, transforming all but four guests into zombies. Those remaining: a phony psychic, a disgraced stage-show gunslinger, a retired brigadier general and Alistair’s loyal butler. This unlikely crew of heroes must unite and get armed if they wish to make it through the deep, dark, “Dead of the Night.” 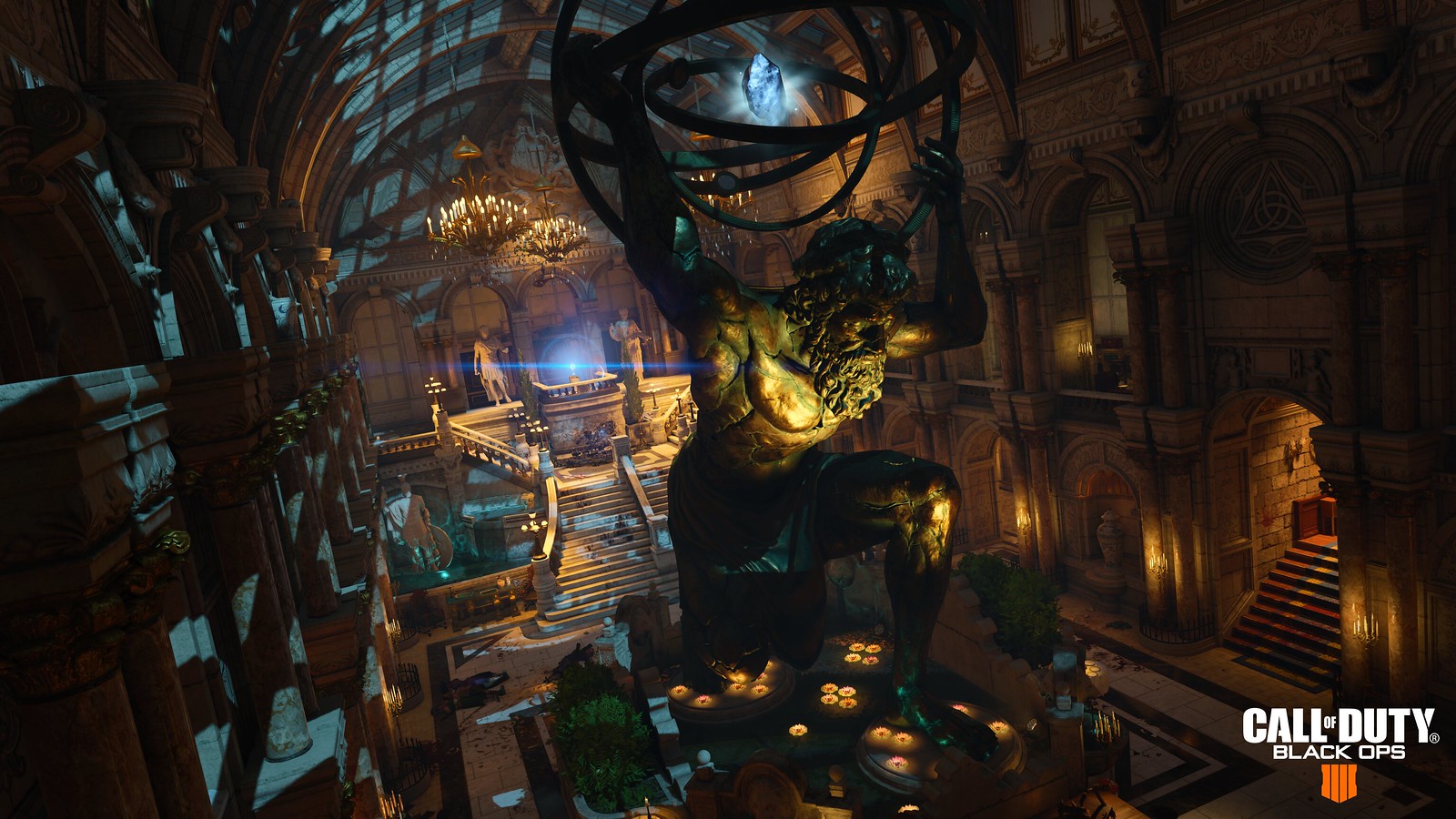 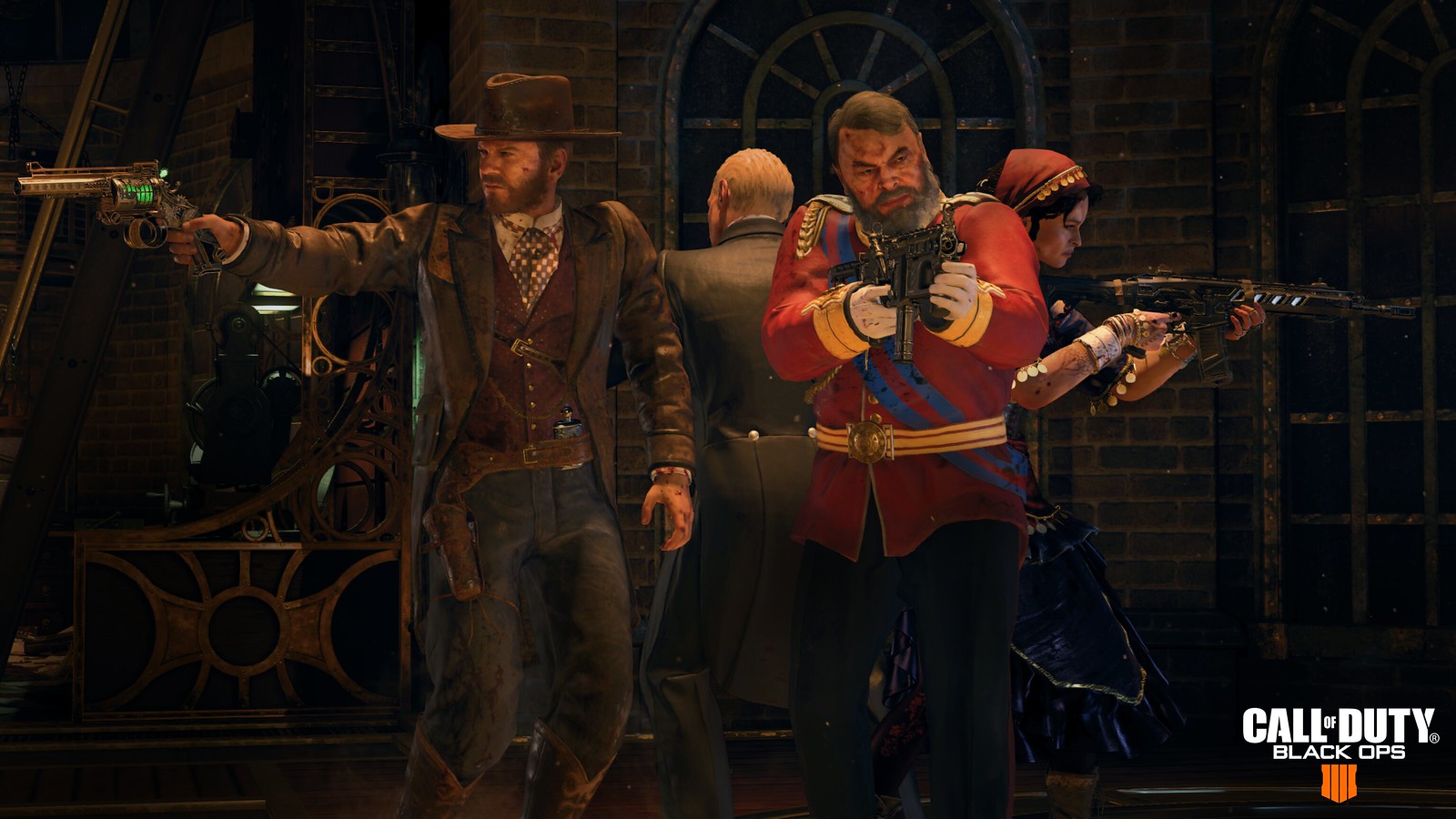 The newest Black Ops Zombies Experience, “Dead of the Night” is a spine-tingling prequel to the “Voyage of Despair” map for the Chaos storyline. It introduces players to Alistair Rhodes, Scarlett’s estranged father, along with a star-studded cast: Madame Mirela, Gideon Jones, “The Brigadier” and the Butler, Godfrey, each portrayed by an iconic celebrity talent. Though our newest crop of heroes is privy to wall-buy weapons and grenades galore, it’s shaping up to be the longest night of their lives — and there’s no telling what fate lies in the cards for these four.

A dramatic map of grandiose design that mixes an art nouveau sensibility with gothic aesthetics, “Dead of the Night” boasts an impressive estate with staircase-lined grounds, a dark surrounding forest, a ghastly greenhouse and one invariably haunted cemetery (among other areas too terrifying to mention). Dotted throughout the palatial landscape are various mechanisms that beg to be tinkered with, and hidden traps teeming with diabolical zombie-stopping-power (which will take guts and coordination to unlock!). 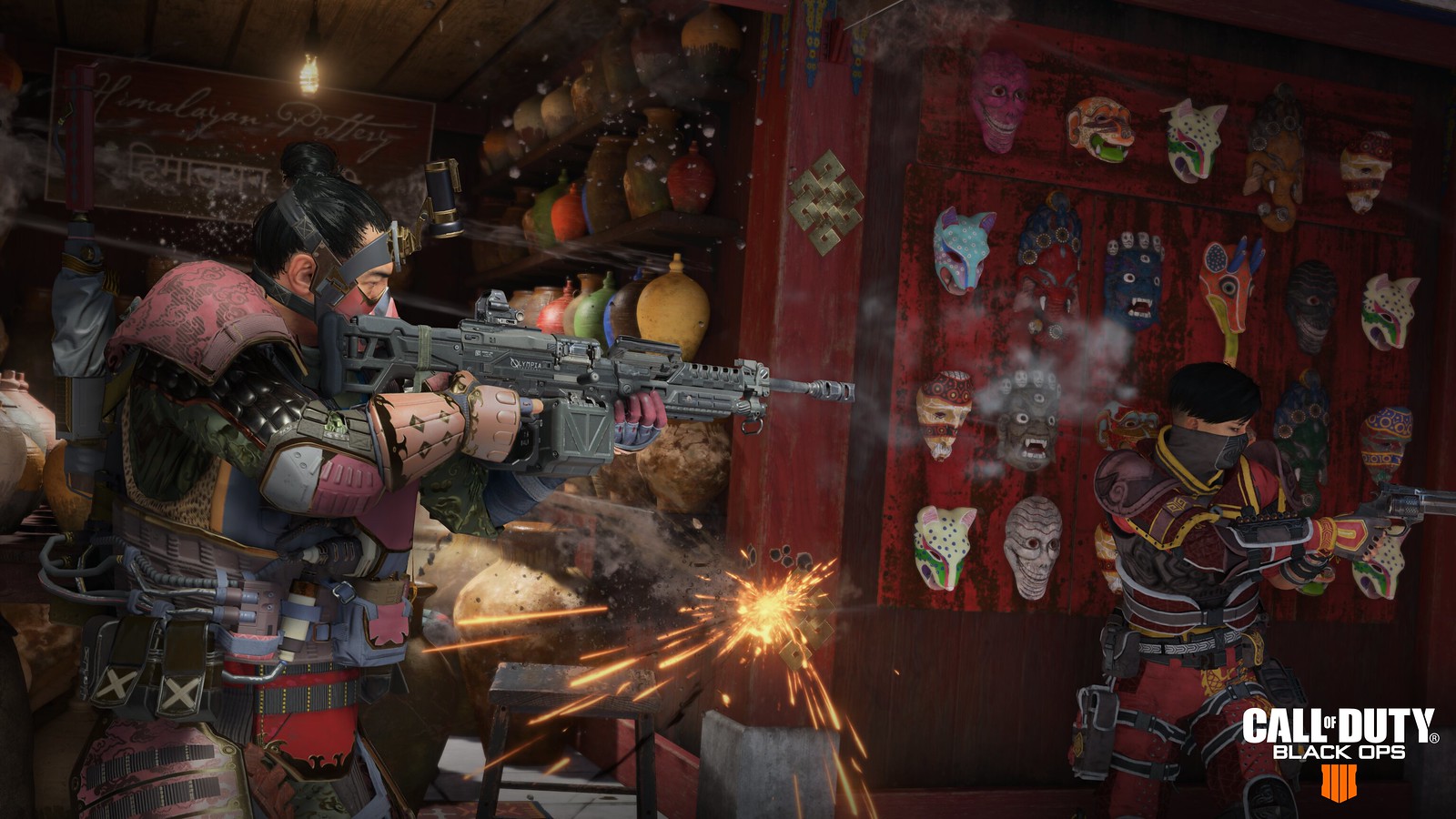 Besides the mysterious map layout, “Dead of the Night” hosts many more types of nightmarish ghouls and monsters. You will face undead partygoers, Catalyst Zombies, powerful werewolf mini-bosses and swooping vampire bats who transform into light-footed, Nosferatu-like creatures.

Beyond the existence of these otherworldly enemies lies unimaginable secrets and clues to Alistair’s past, present and future, just waiting for a keen player’s discovery. But never fear: players are well-equipped to face the challenges of this devious map, with the introduction of an all-new wonder weapon of unforeseen power. If you have what it takes to unlock this mystifying tool, you may — just may — make it through the night. 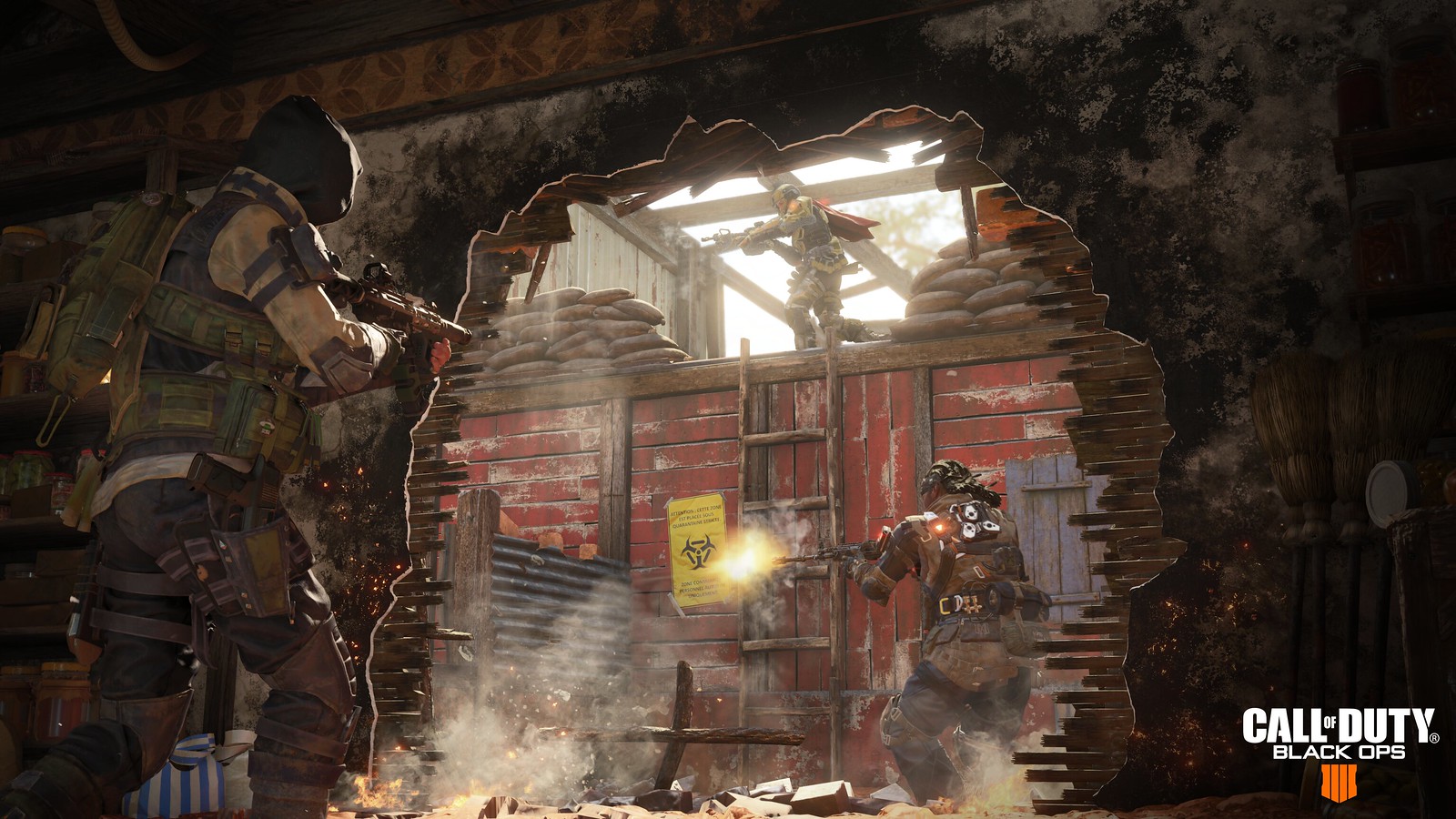 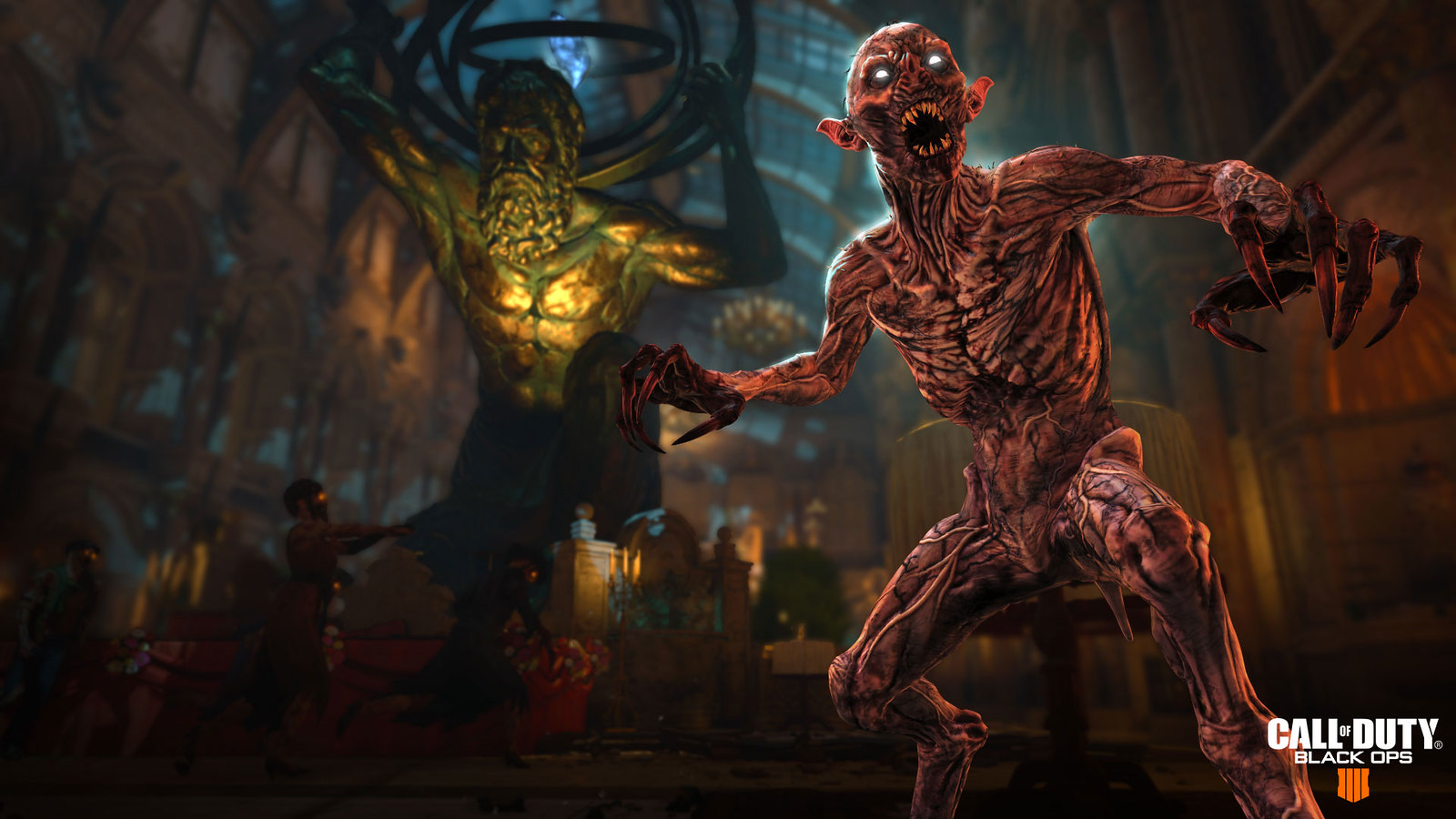 Don’t miss this harrowing, exciting adventure against the undead: pick up your copy of Black Ops Pass to play “Dead of the Night,” available now! Not only will you gain access to the wildest and spookiest party in 1912 England, you’ll gain even more content for Black Ops 4. That includes Elevation and Madagascar, two new Multiplayer maps; classic, bonus characters for Blackout like Shadowman and Reaper; and “Classified,” the beautifully re-imagined Zombies “Five” map from Black Ops. So, send in your RSVP to Alistair’s fabulous gala and get Black Ops Pass today.

Break New Ground with Volta Football in FIFA 20 this September