At GDC 2019, the action RPG Crystar was announced with the catchphrase, “For When I Weep, Then I Am Strong.” But how can weeping make you stronger? Crystar’s Producer/Director Fuyuki Hayashi explains how that’s possible in this game. Crystar will be released on August 27, 2019 for North America and August 30, 2019 for Europe.

Mimi Saito: Crystar starts off with the protagonist Rei killing her little sister Mirai. Can you tell us a little bit about the plot and who helps Rei in her journey to save her sister?

Fuyuki Hayashi: This title takes place in the afterworld known as Purgatory. Rei, who has killed her sister, sets out to revive her by signing a contract with the Demon Twins known as Mephis and Pheles and becoming an Executor. As an Executor, Rei must travel through Purgatory and fight the Souls of the dead, called Revenants, and find her sister’s Soul.

During her journey, Rei is joined by other characters with their own goals and motives: Kokoro, her senior Executor who vowed to take revenge on a certain Revenant; Sen, a girl with a strong sense of justice who lost her mother in a tragic accident; and Nanana, a mysterious Revenant who likes Rei very much.

Crystar may be a bit dark with its themes of tears and girls enduring hardships and fighting in the world of the dead, but there’s a lot of fun dialogue like Rei being teased for her peculiar potato-only diet and the girls enjoying each other’s company. 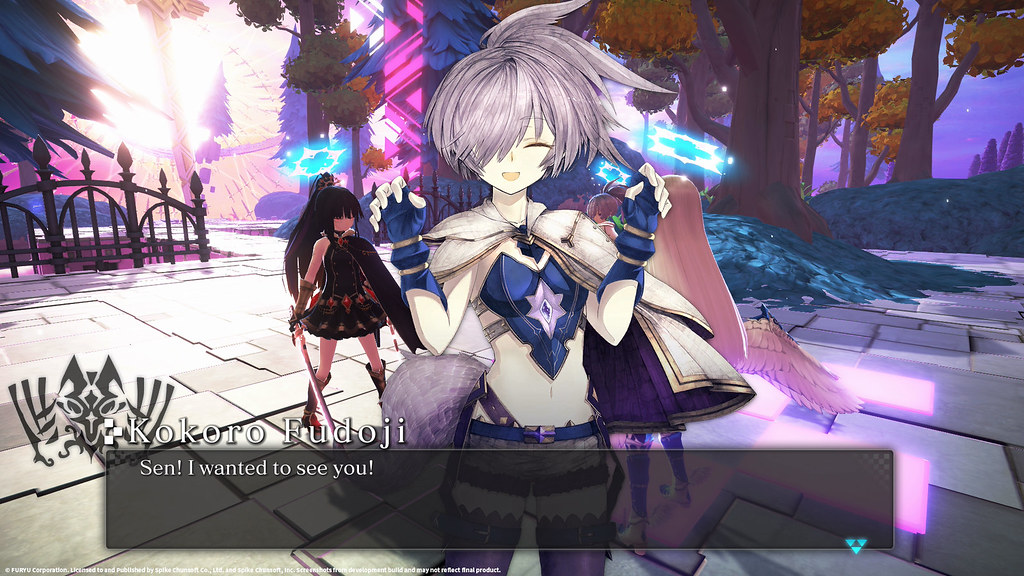 MS: Who else do you meet in Purgatory besides Rei’s companions?

FH: Revenants, which are basically evil spirits, appear as some of the main enemies in this game. One of them is Anamnesis, who’s responsible for dragging Rei and Mirai into Purgatory. She’s also the one who Kokoro seeks out for revenge. Anamnesis is dead and gathers the Souls of others in order to grant herself Revival. She crosses paths with Rei and fights her several times throughout the story.

There’s also Mephis and Pheles, the Demon Twins who act as guides for Rei and the other Executors. They’re the managers of Purgatory and form contracts with Executors to have them get rid of irregular Souls.

You can also visit Rei’s room in the realm of the living and see her samoyed, Thelema. I recommend everyone pet her for some emotional comfort. 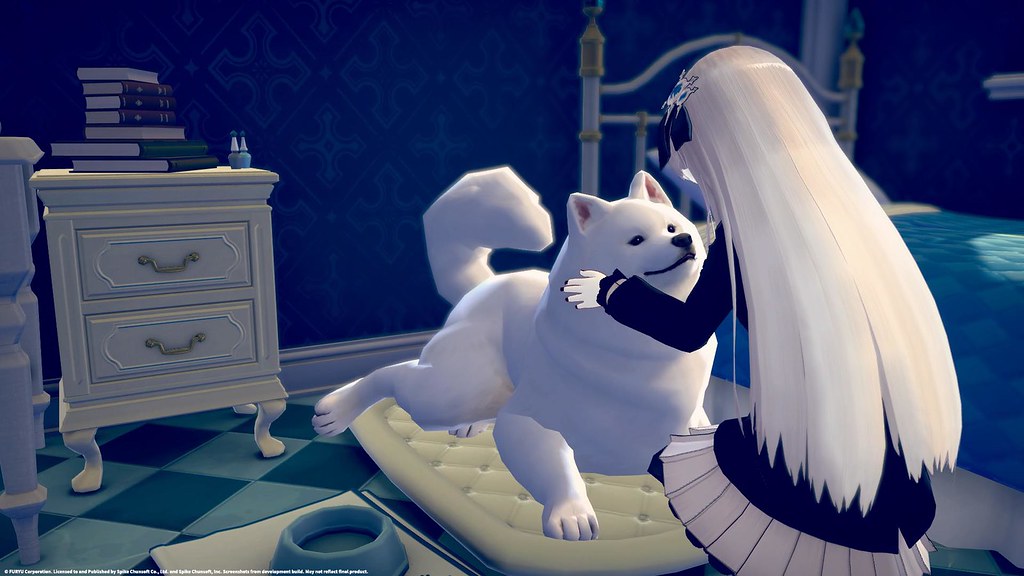 MS: Everyone at the Spike Chunsoft, Inc. is a big fan of Thelema! Interacting with her is such a comforting moment in the game. Can you talk about Crystar’s theme and how that ties into the gameplay mechanics? How does crying actually help Rei in the game?

FH: There are two ways in which characters shed tears in order to grow stronger in Crystar.

First, the girls can cry in Purgatory and summon a supernatural companion known as a Guardian. There’s a Tear Gauge that can be filled by fighting or holding the cry button. The Guardian is summoned when the Tear Gauge is full, granting access to combination attacks and a special finishing move.

The second way is by crying in the world of the living. The enemies known as Revenants that appear in this title were all once human. Their death cries, called Torments, appear on-screen as text when they’re defeated. Rei can purify these Torments by crying in her room, converting them into weapons and armor that can be used in the spiritual realm of Purgatory. This mechanism represents the process of achieving emotional and mental growth by overcoming grief and pain through shedding tears. 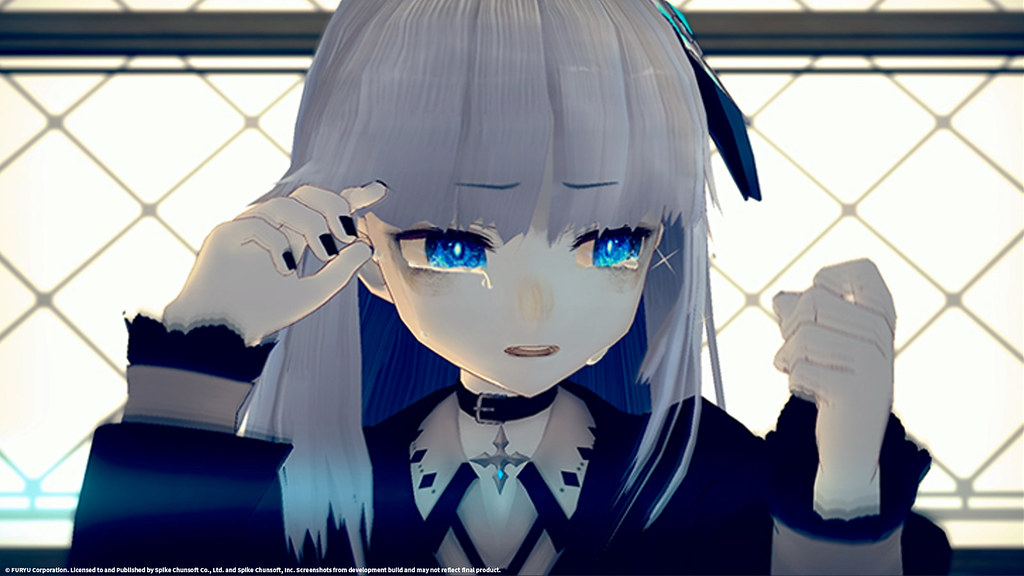 MS: How many customization options are there?

HF: There are four playable characters who you can freely switch around once they join the party. They each fulfill one of the archetypes of all-rounder, close-range type, combo type, and long-range type, so players can choose a style that fits them best.

You can also find equipment that comes with slots, which can be imbued with random benefits like resistances to status effects. Finding slotted equipment and getting certain special effects for them can be another enjoyable aspect for the loot lovers out there.

Plus, there are costumes you can unlock through DLC or simply progressing through the game, which can be used to customize each character’s appearance. 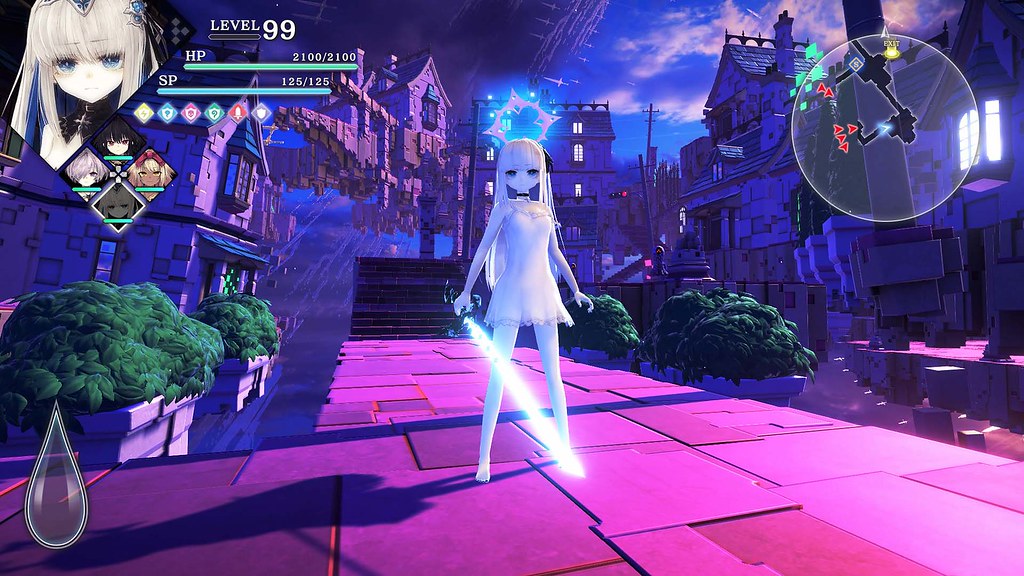 MS: What was the most difficult aspect of developing Crystar?

FH: Tears are the main motif of this game, so there are many scenes in which characters are crying. We had some difficulty during development figuring out a game system implementing tears and creating a dark setting and story that convincingly leads to the girls’ weeping. 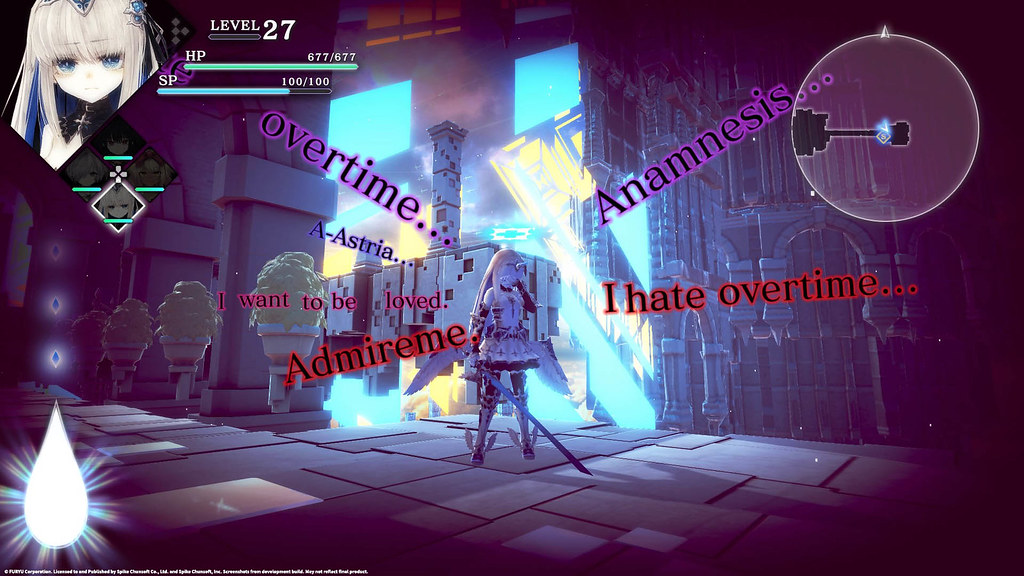 MS: Lastly, anything we should keep an eye out for when we play?

FH: We put a lot of passion and thought into creating the story and characters, and implemented mechanisms involving tears and an action-based battle system so players can better relate and empathize with them.

It would make me very happy if players play the game without seeing any spoilers and enjoy it to the end.

Memories Of Mars Is Now Available For Xbox One