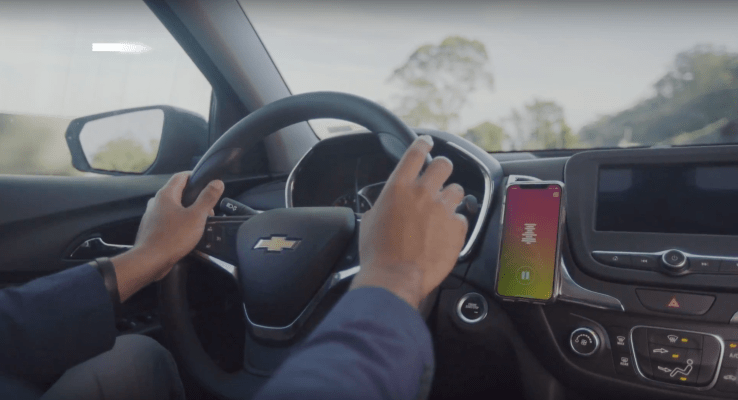 Fully autonomous cars may (or may not) be just around the corner, but in the meantime, a startup that’s building in-car apps to help human drivers pass the time when behind the wheel has raised a round of funding.

Drivetime — which makes voice-based trivia quizzes, games and interactive stories that people can play while driving — has raised $11 million in funding led by Makers Fund (a prolific investor in gaming startups), with participation from Amazon (via the Alexa Fund) and Google (via its Assistant investment program).

The startup today has eight “channels” on its platform consisting of games and stories that you can access either within a limited free-to-play tier or via a paid subscription ($9.99 a month or $99.99 a year). The plan is to use the funding to continue expanding that catalog, as well as investing in deeper integrations with its new big-name strategic investors, who themselves have longstanding and deep interests in bringing more voice services and content to the in-car experience.

Co-founder and CEO Niko Vuori told TechCrunch that his ultimate ambition is for Drivetime to become “the Sirius XM of interactive content” for cars, with hundreds of different channels of content.

In keeping with those plans, along with the funding, Drivetime is today announcing a key content deal.

It has teamed up with the long-running, popular game show Jeopardy to build a trivia channel for the platform, which lets drivers test their own skills and also play against other drivers and people they know. The Jeopardy channel will source content from the TV show’s trove of IP and come with another familiar detail: it will be narrated by Alex Trebek, with a new quiz getting published every weekday for premium users.

That social element of the Jeopardy game is not a coincidence. The San Francisco-based startup is founded by Zynga alums, with Vuori and his co-founders Justin Cooper and Cory Johnson also working together at another startup called Rocket Games since leaving the social games giant and exiting that to gaming giant Penn National for up to $170 million. That track record goes some way to explaining the strong list of investors in the new startup.

“Social and interactive formats are the next frontier in audio entertainment,” said Makers Fund founding partner Jay Chi, in a statement. “Niko, Justin Cooper and Cory Johnson, with a decade-long history of working together and a proven track record in building new platforms, is the best team to bring this idea to life.”

“Gaming and entertainment are among customers’ favorite use cases for Alexa, and we think those categories will only grow in popularity as Alexa is integrated into more vehicles,” said Paul Bernard, director of the Alexa Fund at Amazon, in a separate statement. “Drivetime stands out for its focus on voice-first games in the car, and we’re excited to work with them to broaden the Alexa Auto experience and help customers make the most of their time behind the wheel.”

In addition to the three investors in this latest round, prior to this Drivetime had raised about $4 million from backers that include Felicis Ventures, Fuel Capital, Webb Investment Network (Maynard Webb’s fund) and Access Ventures.

Vuori declined to say how many installs or active users the app has today — although from the looks of it on AppAnnie, it’s seeing decent if not blockbuster success on iOS and Android so far.

Instead, the company prefers to focus on another stat, its addressable market, which it says is 110 million drivers in North America alone.

Meanwhile, adding a Jeopardy channel is building on what has worked best so far. The most popular category at the moment is trivia, with Tunetime (a “name that tune” game) coming in second and storytelling a third.

Drivetime’s premise is an interesting one. Drivers are a captive audience, but one that has up to now had a relatively limited amount of entertainment created for it, focusing mainly on music and spoken word.

However, the rise of voice-based interfaces and interactivity using natural language — spurred by the rise of personal assistant apps and in-home hubs like Amazon’s Echo — have opened a new opportunity, developing interactive, voice-based content for drivers to engage with more proactively.

You might think that this sounds like a recipe for a car accident. Won’t a driver get too distracted trying to remember the fourth president of the United States, or who was known as the father of the Constitution? (Hint: It’s the same guy.)

Vuori claims it’s actually the reverse: Having an interactive game that requires the driver to speak out loud can focus him or her and keep the driver more alert.

“We are double-dipping in safety,” he said. “On the one hand, we embody the safety aspects of Alertness Maintaining Tasks (AMTs). But we also act as a preventative, meaning that while players engage with Drivetime, they are not engaging with anything else.”

While the content today may serve as a way of keeping drivers from doing things they shouldn’t be doing while in a car, there is another obvious opportunity that might come as drivers become less necessary and will need other things to occupy themselves.

Longer term, the Jeopardy deal could usher in other channels based on popular game shows. Sony Pictures Television Games, which owns the rights to it, also owns Wheel of Fortune and Who Wants to Be a Millionaire.

“We are thrilled to work with Sony Pictures Television Games to bring Jeopardy, the greatest game show on the planet, to an underserved audience that desperately needs interactive entertainment the most – the 110 million commuters in North America driving to and from work by themselves every day,” said Vuori said in a statement.

Interestingly, despite the growth of “skills” for Alexa or apps for Google Home and other home hubs, and the overall popularity of these as a way of interacting with apps and sourcing information, Vuori says that he hasn’t seen any competition emerge yet from other app developers to build voice-based entertainment for drivers in the way that Drivetime has.

That gives the company ample opportunity to continue picking up new users — and more deals with publishers and content companies looking for more mileage (sorry) for their legacy IP and new business.

“Drivetime is one of the early pioneers in creating safe, stimulating entertainment for drivers in the car,” Ilya Gelfenbeyn, founding lead of the Google Assistant Investments Program, noted in a statement. “More and more people are using their voice to stay productive on the road, asking the Google Assistant on Android and iOS phones to help send text messages, make calls and access entertainment hands free. We share Drivetime’s vision, and look forward to working with their team to make the daily commute more enjoyable.”

Burger King PS5 sweepstakes starts today in the US