Since the launch of Earthfall this past summer we here at Holospark have been listening to fans on the things they want to be updated, changed, and added to Earthfall. From comments on our social pages and videos to reviews to fan-submitted ideas on ideas.earthfall.com, we read it all.

The Invasion update, launching on October 30, includes our biggest collection of post-launch content. It includes the new Invasion game mode (our twist on a horde mode), as well as a new player progression system, player skills and perks to use while fighting back the aliens, and entirely redone and remastered weapon audio – all for free.

Invasion Mode is our twist on classic horde gameplay with waves of enemies attacking, while you and your friends do your best to survive each wave. As you fight each wave, you will earn credits to unlock all types of perks, including the ability to print different and more powerful weapons on the 3D printers, enable traps that cause chaos and massive damage to the enemy, and obtain buffs that could help you survive the next wave.

We have four new maps that Invasion Mode will be playable on, and we’re ready to reveal three of them to you: Raven’s Roost, Satsop Nuclear Facility, and The Mines. 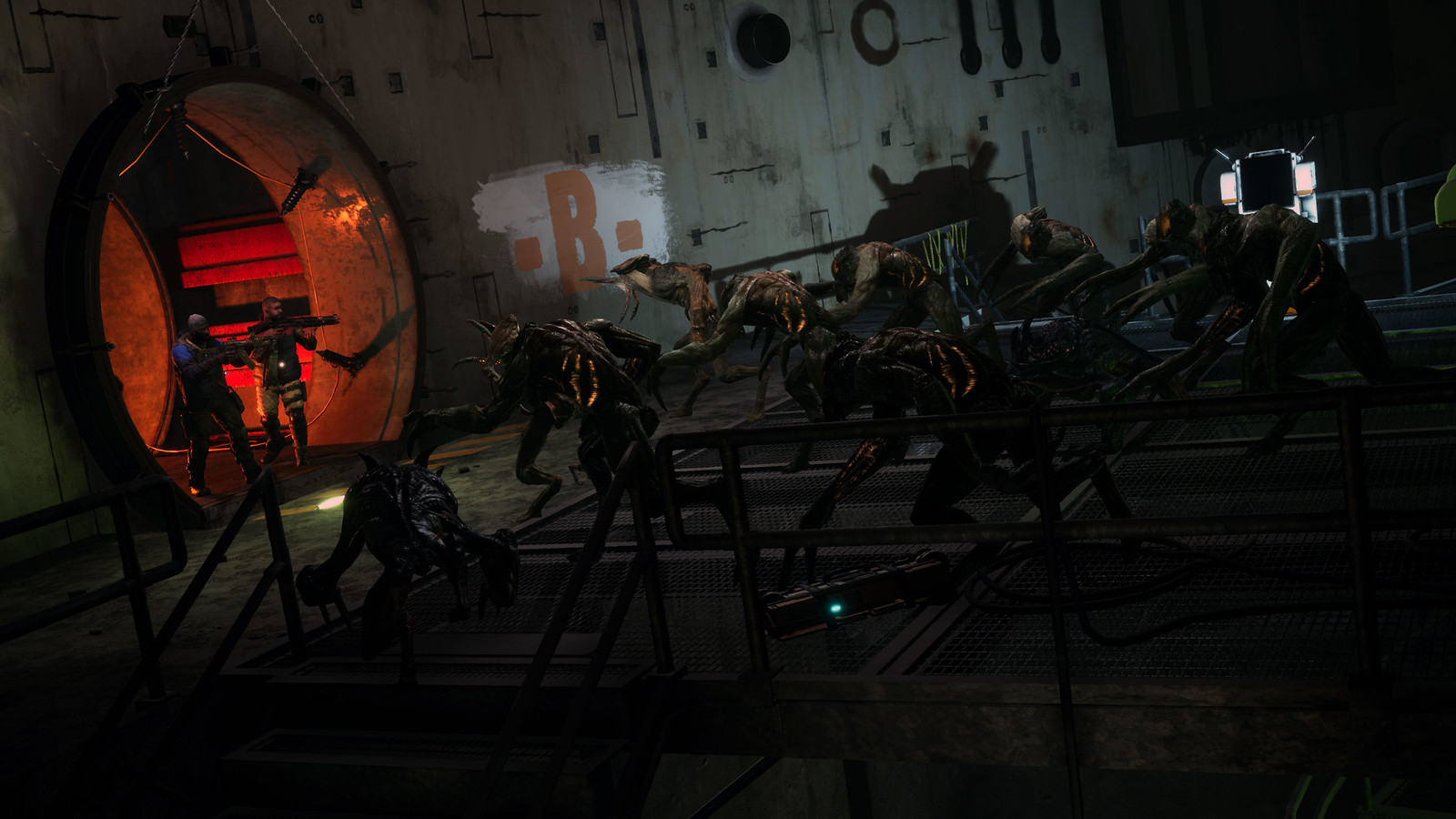 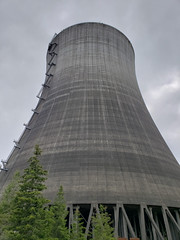 Named and modeled after a real abandoned nuclear facility southwest of Seattle, Washington, this level features a plethora of traps ready to be powered on including lighting emitters, hallways of automated turrets and more. As you survive the onslaught, more sections surrounding the nuclear reactor room will open, granting new armaments.

You will find yourself asking whether you should stay in those new rooms or retreat back to the more open reactor room. It really comes down to your strategy: if you are looking to take advantage of the automated traps and turrets, you may be better off holding up in each new room. On the other hand, if you prefer to kite enemies, then you could have more success using the winding hallways, railings and miscellaneous obstacles to slow down your foes and gain an advantage. 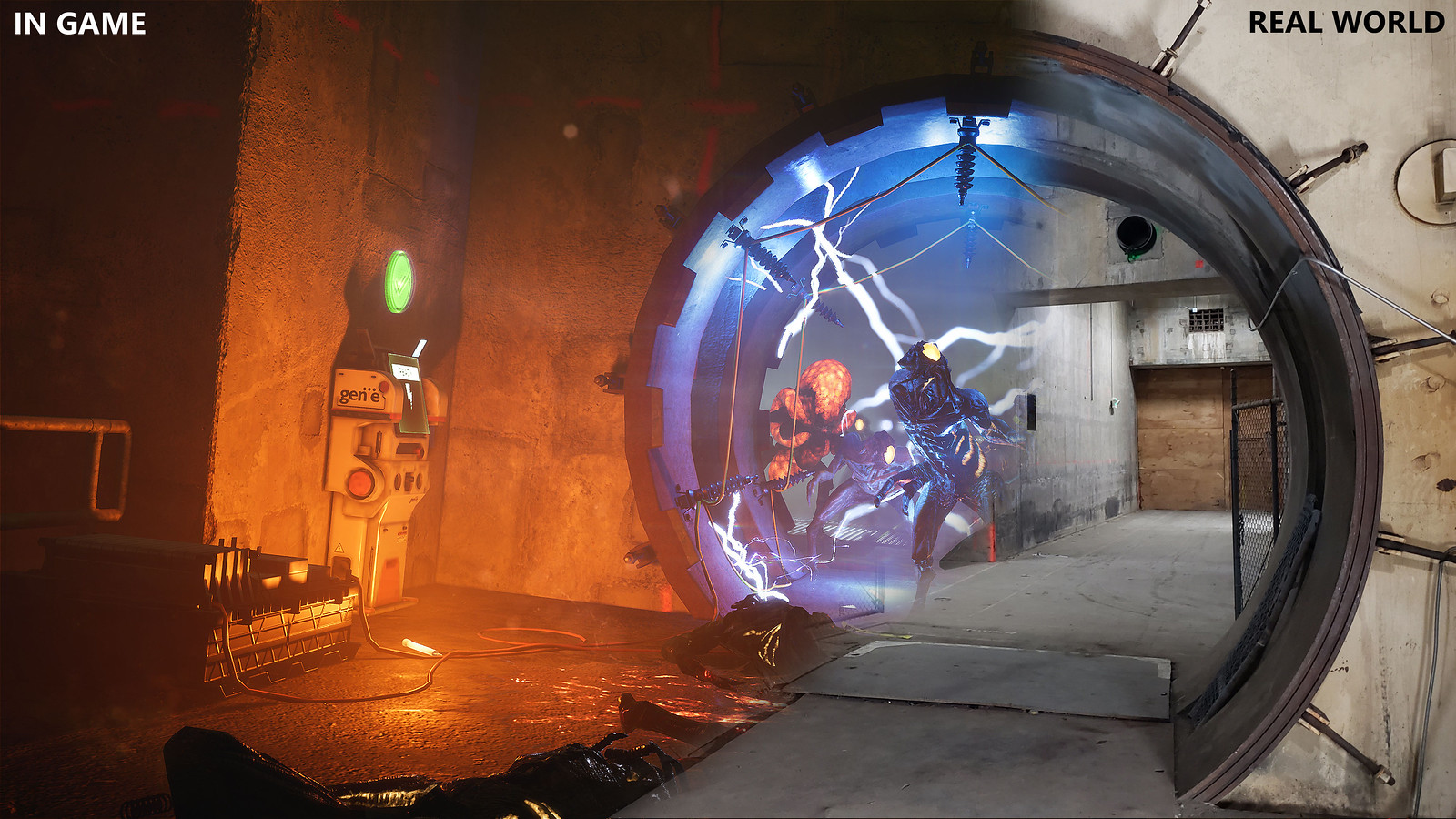 The second of the new maps takes you to a remote radio tower, where you’ll be looking to survive until a rescue arrives. You will need to survive 20 waves of enemies, with bosses appearing every five waves. There are two main buildings at Ravens Roost, the first of which does not contain a Health Station. This means that you will need to be conservative with Medkits until you can open the second building.

Once you make it to the second building, not only will you have access to a Health Station, you will also find a location drill — doing so may reap great rewards! Then you’ll make your way back to a new section of the first building, which features the first location that you’ll be able to 3D-print landmines. Keep the printer running to take advantage of this infinite resource, but be wary of placing them too close to teammates.

The final level that we are revealing today is all about one thing: how long can you hold a well-fortified room? Wave after wave of aliens will descend on you from a single mining tunnel, and you need to do your best to hold them off. The key to this level surprisingly comes in-between waves, where you should run to the new kiosks and select your perks, or run down the tunnel and break open one of four metal cages that are welded shut.

Should you be able to get those cages open, you’ll find an array of grenades, grenade launchers, alien weaponry, turrets and more. But with that reward comes the risk — you’ll be running down to where these aliens come from… if you don’t open those cages and loot them in time, you’ll likely be overrun. 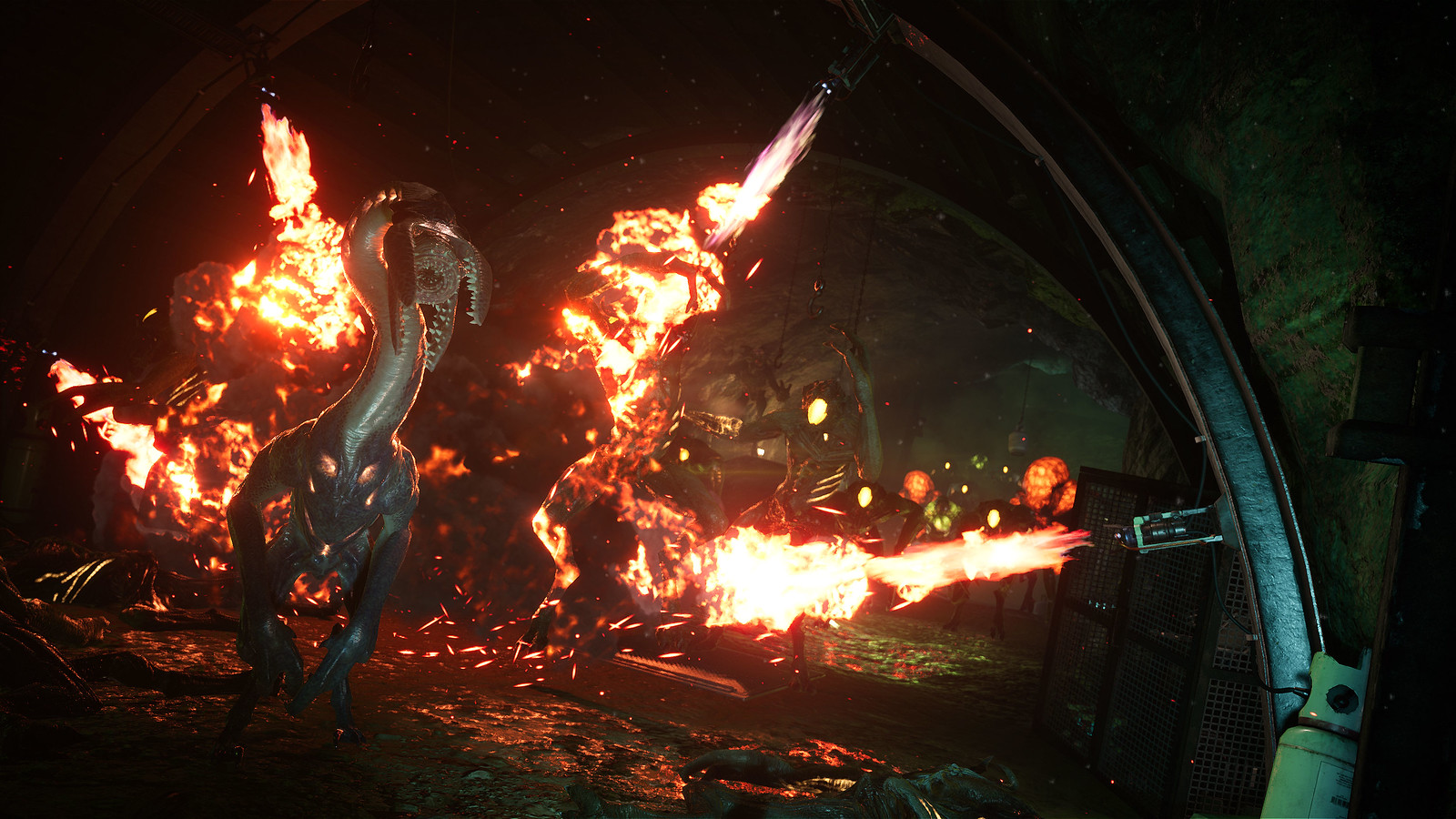 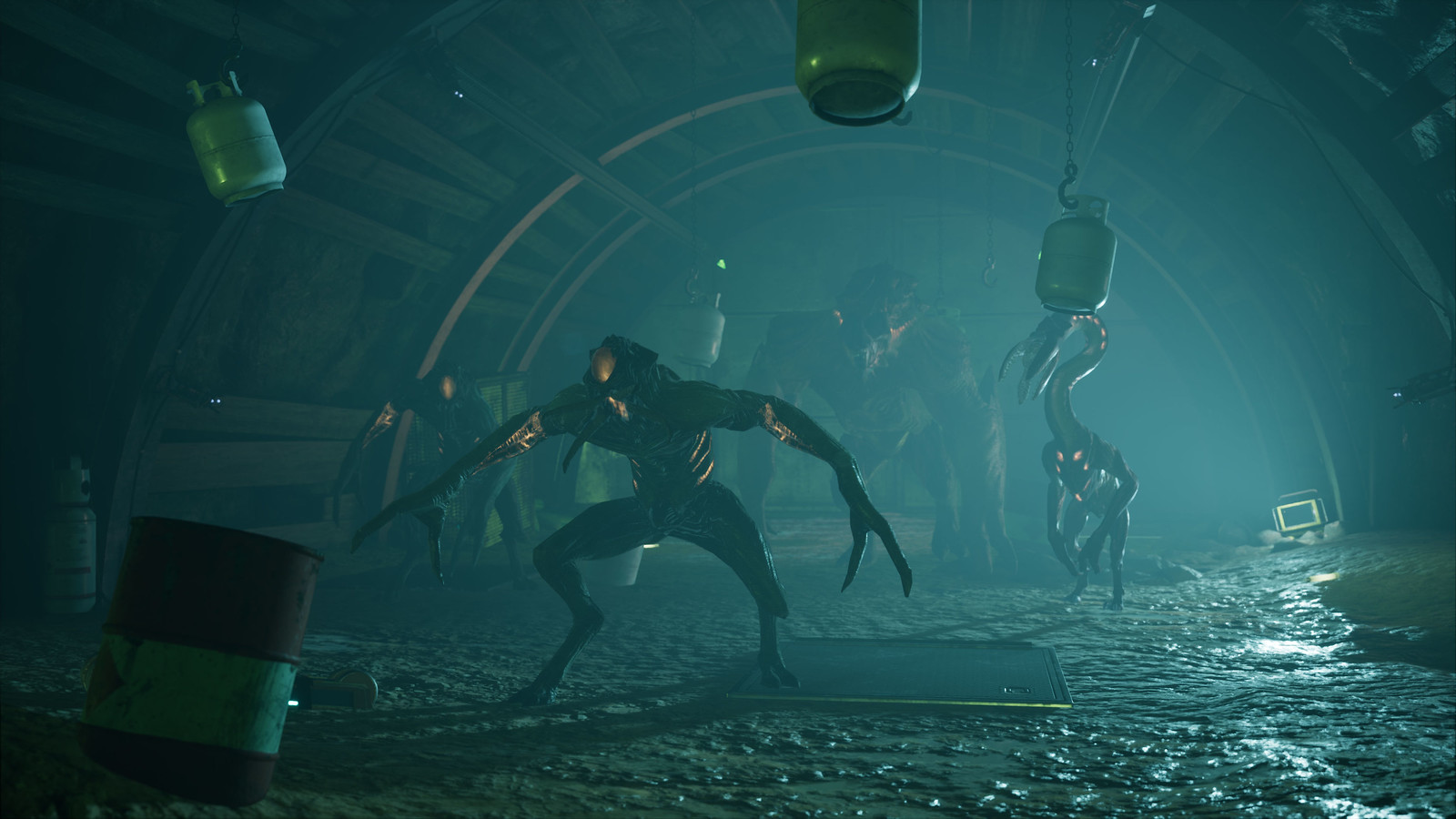 As we mentioned, this is our largest content drop so far, and we wanted to do more than add new levels or modes; we wanted to give the player more ownership while they play Earthfall. With the addition of the Player Progression system and related Skills and Perks, we have given players the ability to grow and mature their skills while being rewarded with new and entertaining ways to play. With each level you will unlock new outfits, weapon skins, weapon charms and timed experience boosts for yourself and your team.

For those wanting to change up the gameplay, you can earn skills by completing specific tasks in-game. Earn the ability to decrease weapon reload times or to revive yourself. For those who are more action-minded, play enough and earn the ability to dual wield MP5s, or my favorite, escape from being pinned by a thresher by sticking a grenade in its mouth!

We have been hard at work the last couple month adding tons of new features and content to Earthfall for the Invasion Update. We are excited for all of our fans to get this free update on October 30. Our goal since the initial release of Earthfall has always been to raise the bar with every update and we feel that the Invasion Update does that and so much more. We thank all of our fans for supporting us since launch and look forward to adding some new recruits ready to join the fight against the alien Invasion!