Where do I start?

Death Stranding, as is true of just about anything Hideo Kojima works on, has been the subject of intense speculation since it was first revealed on stage at PlayStation’s E3 2016 press conference. With Kojima-san striking out on his own, starting a new studio (upon which he has staked his very name), and entering a partnership with Sony Interactive Entertainment to publish his studio’s first project, expectations were high. Is it even possible to live up to that level of hype?

I think it is. 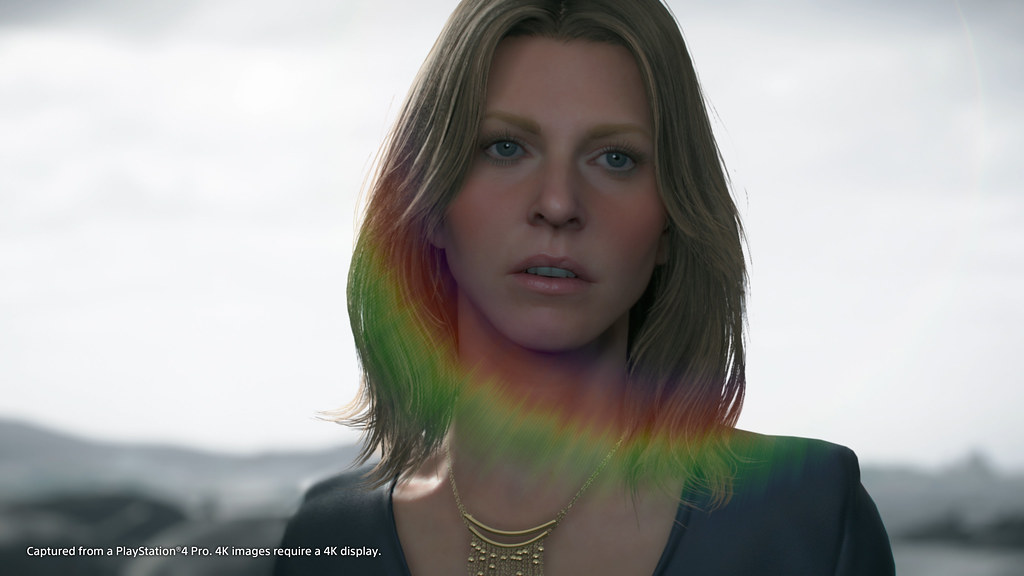 In particular, there are two kinds of players who I think will get a particular thrill from this bizarre, ambitious experience:

The world of Death Stranding is one that begs to be explored and discovered, home to sweeping vistas and hidden nooks alike, and dotted with Preppers: people who live their lives in isolated bunkers following a cataclysmic event known as the — you guessed it — “Death Stranding.” As rugged everyman Sam Bridges, your task is to find and reconnect these people and, with any luck, instill hope for the future of America along the way. 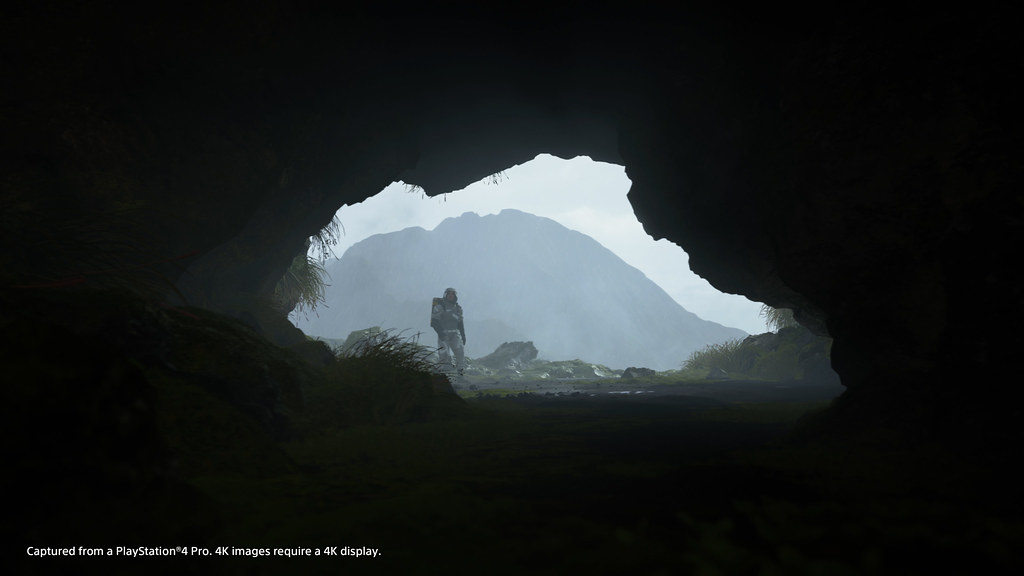 Preppers are generally few and far between, which means Sam needs to be well-prepared before setting out on a delivery. Planning your route is a surprisingly tactile and thoughtful process, achieved with the help of map you can tilt in 3D space by holding your finger on your DualShock 4’s touch pad. Of course, there’s always Plan B: set a marker for your destination and wing it. This becomes more of a practical option later in the game once you’ve unlocked plans to build more tools and vehicles, many of which are situation-specific, but all of which will ease your travels considerably. Delivering medicine to someone posted up in the mountains? Bring a few ladders and climbing anchors. Expecting to run into resistance from hostiles? Pack a Bola gun for quick, non-lethal takedowns. Think you’ll need to trek through an area plagued by supernatural, nearly invisible creatures trapped between the planes of life and death? There are ways to make that less daunting, too.

Making sure Sam gets rest between big deliveries or after a narrow escape is imperative to your mission’s success. Your stamina meter behaves mostly as you’d expect, but your maximum endurance will decrease over time as you perform more strenuous tasks, necessitating a nap in a private room located at any of the game’s major destinations. Stamina can also be recovered by simply letting Sam sit down anywhere in the world. If you spot a cairn in the wild, that means another player is resting there and you’ll recover more quickly there — a hint of Death Stranding’s asynchronous play at work. One nice touch: if you don’t interact with the game for a bit, Sam will take it upon himself to take a break wherever he’s at, making for a pleasant sort of quasi-screensaver while he rests up. 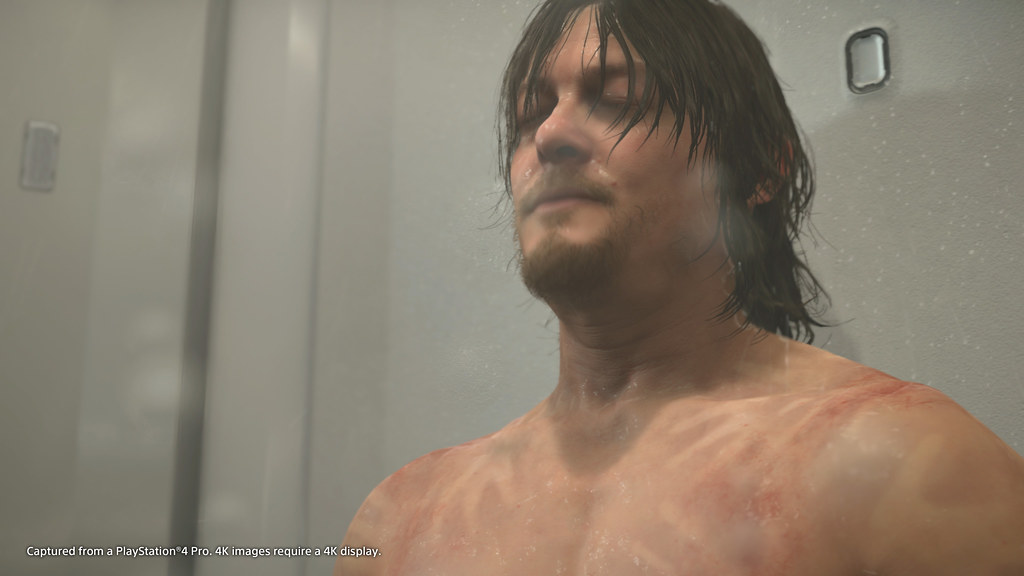 The way Death Stranding approaches character progression feels like a more organic and nuanced evolution of the traditional XP-based leveling system we’re all oh-so-familiar with. When a delivery is completed, Sam is graded in various areas like delivery time, cargo weight, and cargo condition. Excelling in these (and other) areas will make Sam more proficient at them, eventually granting him bonuses to things like stamina, maximum cargo capacity, and balance. Making multiple highly rated deliveries to Preppers will strengthen Sam’s bond with them, too, often leading to new tools and cosmetic bonuses gifted to him as he earns their trust.

This is an open world you can explore at your own pace — I spent over a hundred hours making deliveries all over America, strengthening bonds and hoarding materials to build roads and upgrade structures, before I decided to wrap up the main story. The gameplay loop here is an addictive one, especially if discovering new tools and upgrades to further tighten that loop sounds like your kinda jam. 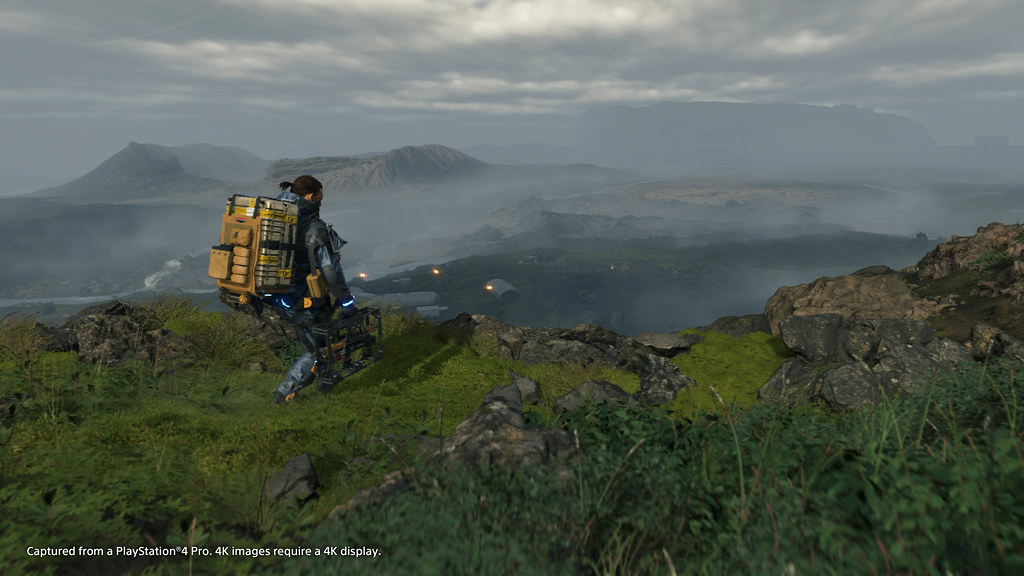 But the real magic of Death Stranding becomes apparent once you realize you aren’t just building these structures and paving these roads for yourself. Everything you do has the potential to help other players during their own travels, and as you make your way further into Sam’s odyssey you’ll start thinking less about how to make your own trek easier, and more about how you can help those who follow in your footsteps.

The confidence with which Kojima Productions has executed on the vision of its namesake is admirable. Nobody has made a game like this before, but Death Stranding feels so absolutely sure of what it is, sending players on a journey that, in some ways, seems to mirror the one Kojima-san himself embarked upon a few short years ago: a quest to bring people together through sheer force of will, striving to deliver things nobody thought possible.