Spyro has charged back into our lives, horns first! PlayStation has a rich history with the lovable purple dragon, and returning to his original adventures is a whimsical homecoming. This remastered trilogy is much more than an upscaled nostalgia trip thanks to how well the timeless formula of the originals has aged.

Spyro the Dragon was a pioneering game in the fledgling years of 3D platformers. Original developer Insomniac Games captivated players with liberating, exploration-friendly gameplay. Climbing up to a stage’s high point and gliding to collect far off gems was a magical revelation back in 1998, and that formula has aged beautifully thanks to the wizards at Toys For Bob.

We live in a magical era of blockbuster games that rival Hollywood productions, yet returning to the simple, pure world of Spyro is a breath of fresh fire air. For example, your goal in the first game is to free your dragon brethren, collect all the gems, and toast the villainous Gnasty Gnorc. That’s it. 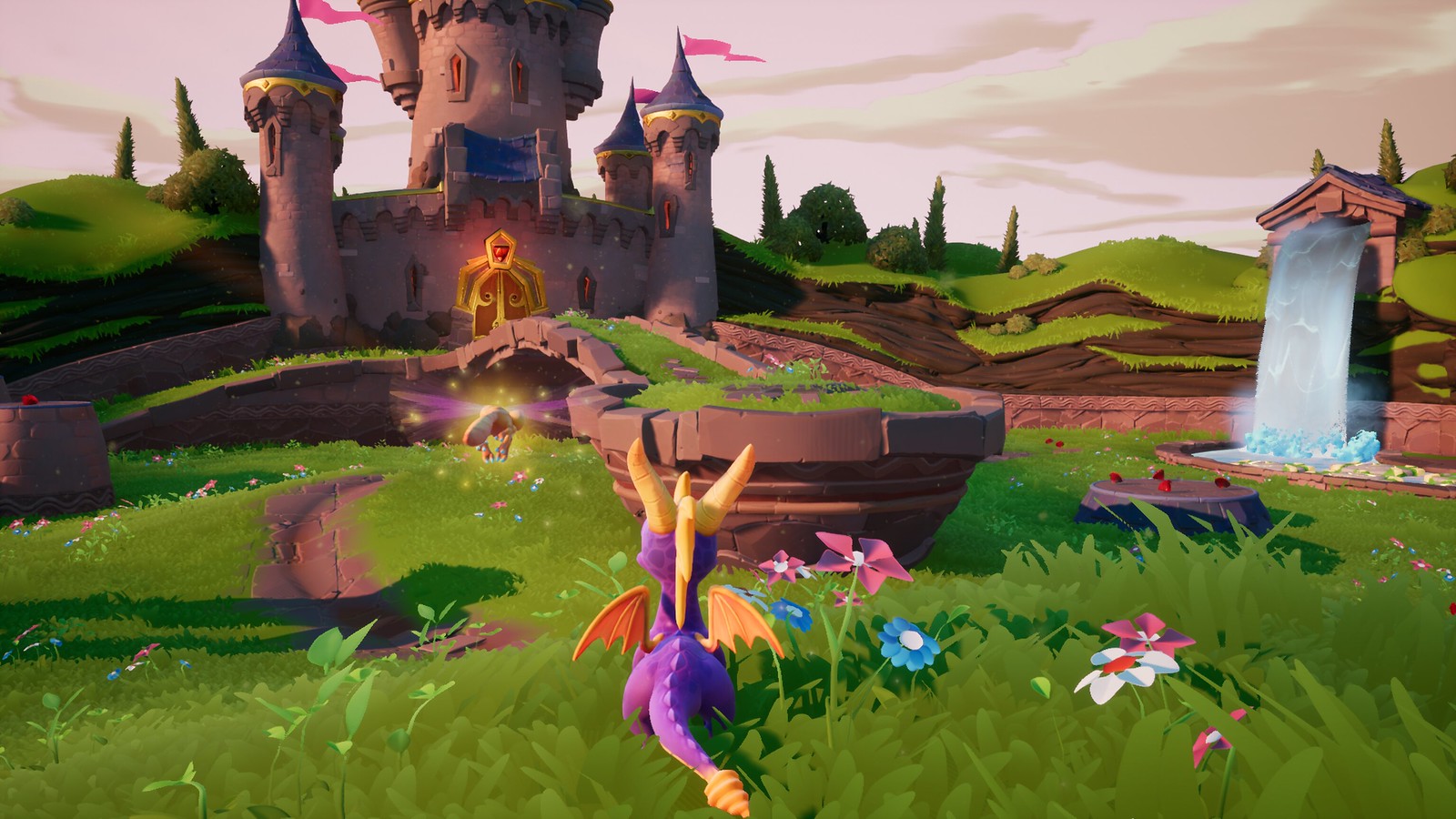 Speaking of Sparx, Toys For Bob have made tons of wondrous quality-of-life-changes, like the dragonfly’s ability to point at the nearest gem. This optional feature saves tons of time spent scouring the map for that last bit of treasure. A new minimap feature lets you see whole levels at a glance and spot potential secrets hidden around blind corners. To bring it all together, the Guidebook has been unified across all three titles, which makes tracking level completion info a breeze. Like Spyro himself, the littlest things can make the biggest difference.

The sequels that followed the first game — Spyro 2: Ripto’s Rage and Spyro: Year of the Dragon — are also delightful. Collecting oodles of gems and crucial items like orbs and dragon eggs to unlock new areas to explore is still the goal. These sequels also spice things up with minigames like Spyro hitting the ice for some hockey, or blasting rockets at baddies with militaristic penguin, Sergeant James Byrd. Quirky characters like Hunter the Cheetah and Elora the Faun also expand Spyro’s lovable world. The entire cast has also received a flattering makeover.

Even the most beautiful treasures naturally tarnish over time, yet the crafty devs at Toys For Bob have expertly restored these Spyro classics well beyond their original luster. The Spyro Reignited Trilogy is visually stunning whether you’re comparing the remastered games to your memories or going in with fresh eyes. 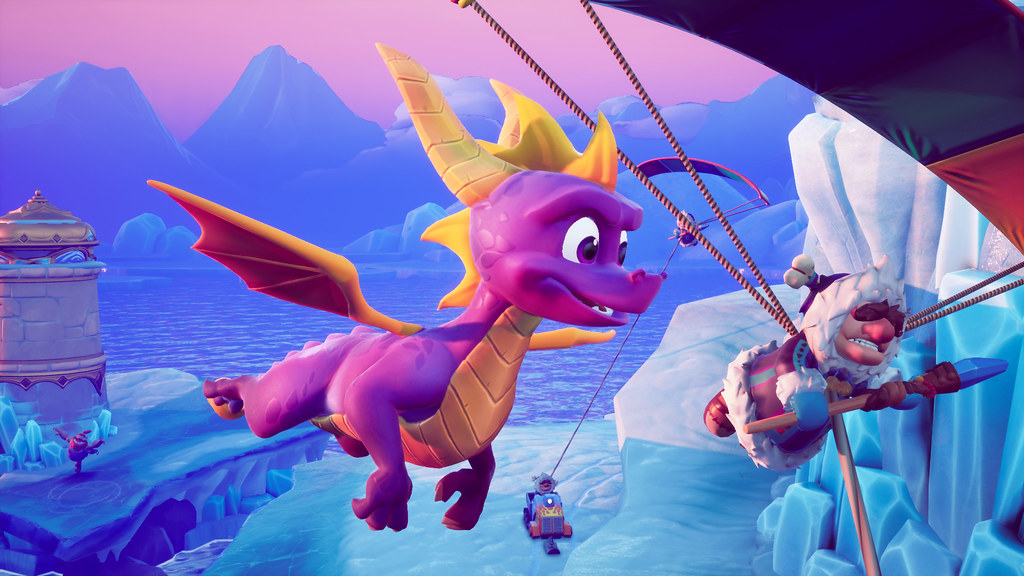 The onscreen action rivals today’s prettiest CG films. Spyro’s spunky attitude is keenly conveyed through detailed animations, from impatient tail swishes to his curious eyes darting playfully. He’s undeniably adorable. Every burst of fire breath exemplifies the skill and love that went into this remaster, like how the flames illuminate the environment and scorch patches of grass. Every second sparkles.

The Dragon Realms where Spyro lives are exciting and beautiful locales to visit. Like the inventive worlds from the game, Spyro Reignited Trilogy perfectly injects captivating, innocent joy into our gaming libraries this year.