Hawkins is full of challenges to overcome and secrets to collect. Luckily, the wide cast of Stranger Things 3: The Game has you covered. All twelve playable characters have two unique attacks with upgradeable special effects and powerful synergies. With three available difficulties, Story, Normal, and Master, players of all experience levels have a fitting adventure waiting. If you want to survive in the weirdest place to live in 1980s America, make sure to check out the tips below.

In Stranger Things 3: The Game, players control two characters at once. It’s easy to swap characters on the fly, and you’ll want to do just that to take down the enemies standing between you and your summer vacation. 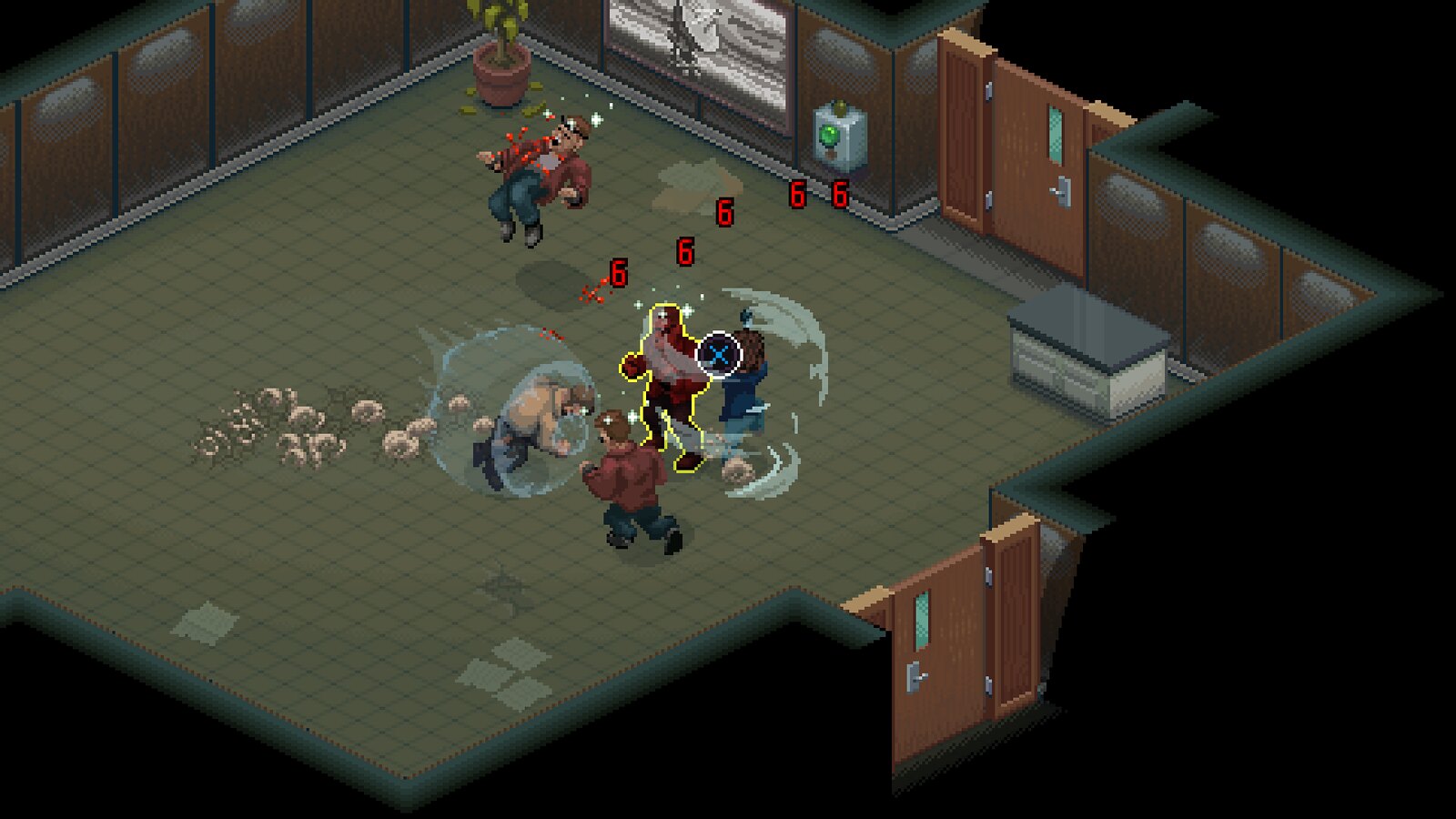 By combining special abilities, you can pull off powerful combination attacks. For solo players, that means commanding your buddy to activate their special ability when the time is right. For co-op players, it means yelling at your friend on the other side of the couch to use their special. Here are two of my favorite combinations.

Hopper and Joyce share plenty of time on-screen together in Stranger Things, so it’s only natural that Hopper deals extra damage to enemies stunned by Joyce’s whirlwind. Line ‘em up, and then barrel them over with Hopper’s bull rush.

Nancy deals extra damage to enemies from behind. It’s a perk that can be tough to pull off solo. But when Mike commands the enemy’s attention with his taunt or Jonathan stuns them with his camera, putting enemies down with Nancy’s backstab is a breeze.

You can check out the entire roster’s abilities by navigating to the party screen in the journal. With more than a hundred unique character combinations to pull off, pick the one that fits you and your playstyle!

The people of Hawkins store all kinds of stuff in their backyards and storefronts. You’ll quickly find your backpack overflowing with loot of all kinds. But what to do with it? 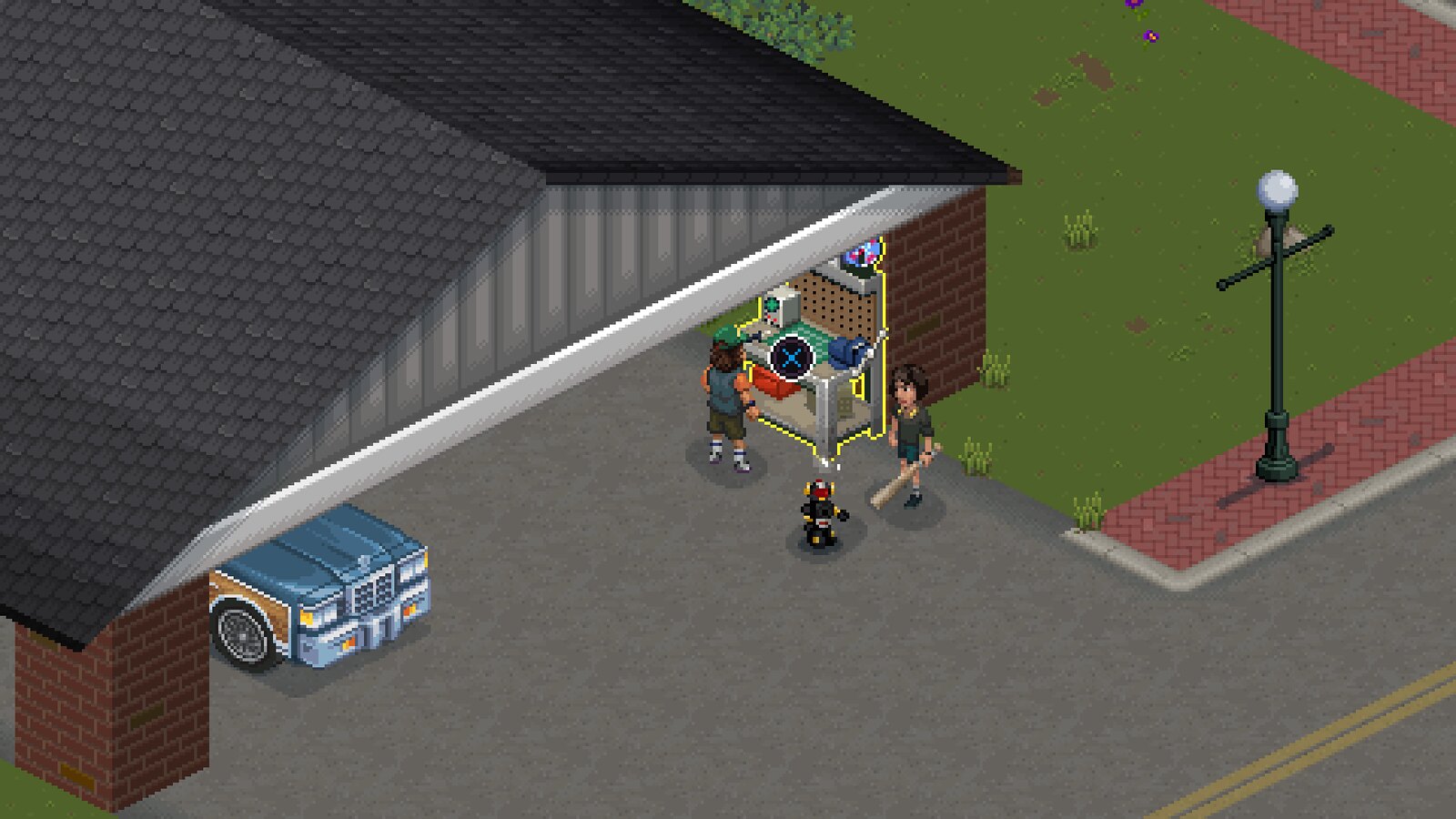 You’ll find crafting stations in several places around Hawkins, usually at stores or near landmarks like Dustin’s house. There are dozens of trinkets available to craft with all the components you find in the world or buy at the different stores. Trinkets can be equipped to the party to grant certain benefits. In the event that you find yourself strapped for cash, consider revisiting Ivan in the Starcourt Corridors and completing his second quest offered after finishing Chapter 1. Players that assist the jovial smuggler will find they’ve unlocked a useful vendor to sell their unneeded crafting materials.

The strongest gear requires unique, hidden materials. Search every nook and cranny around Hawkins if you want to craft them all!

Aside from the standard physical damage you deal from whacking someone with Mike’s baseball bat or Hopper’s punch, you’ll find that the Stranger Things crew have a variety of different attack styles at their disposal. Dustin’s hairspray inflicts chemical damage over time, while Eleven’s telekinetic push has a chance to critically hit for extra damage. 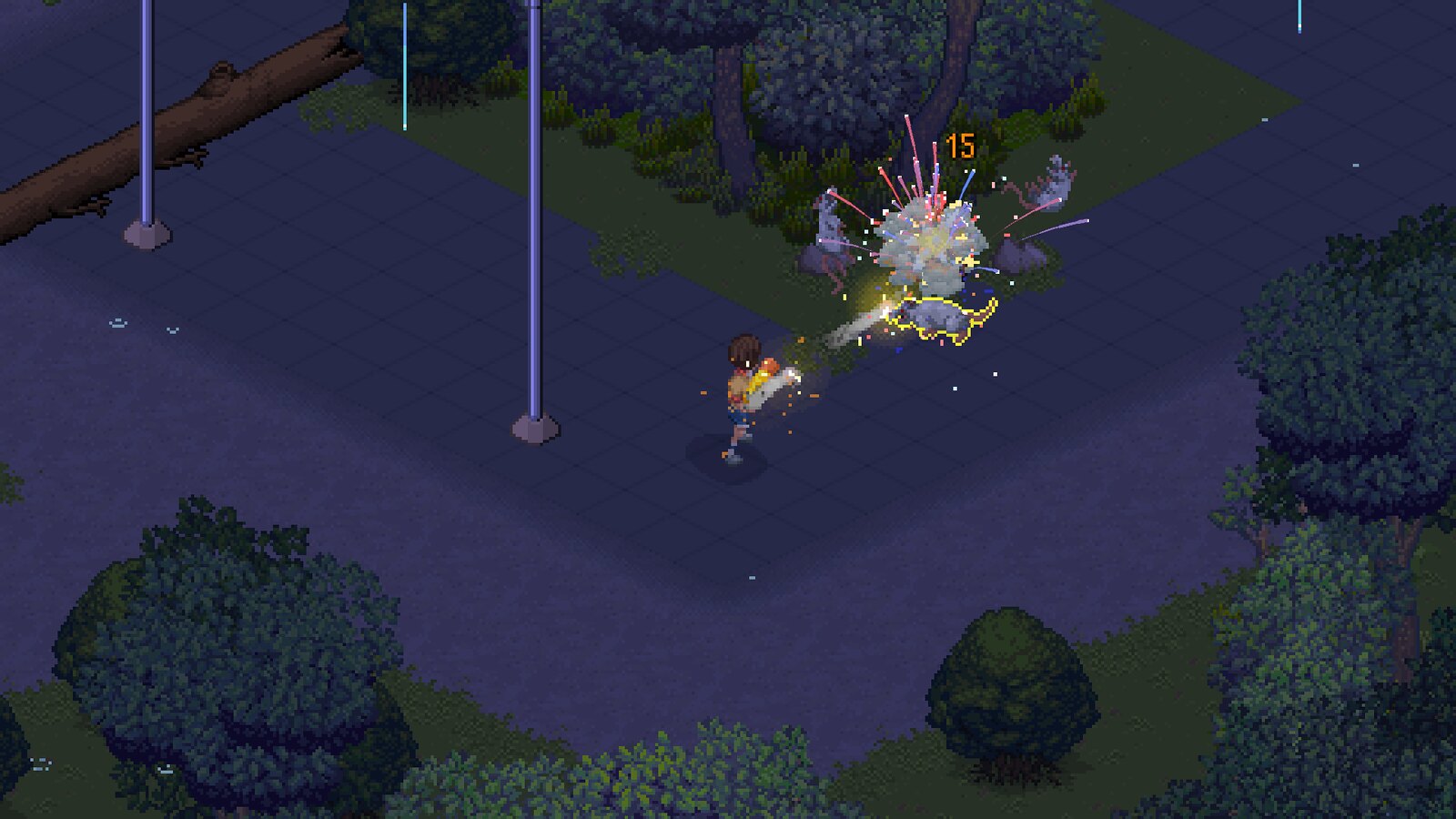 An important hint for taking down the supernatural enemies from the Upside-Down is to use characters who can deal fire damage, as they deal extra damage to monsters from the other world. Will’s firework launcher is especially powerful, so make sure you take on his optional quest to unlock him after Chapter 4 by speaking with him in Mike’s Basement.

Stock Up for Summer

When you’re up against a tough enemy, there’s no better combination than Medkits and Coca-Cola. Medkits heal your party to full health, while Cokes grant you and your buddy three power uses each. Though you can only carry five of each item, staying stocked up on supplies will keep you prepared ahead of a tough battle. 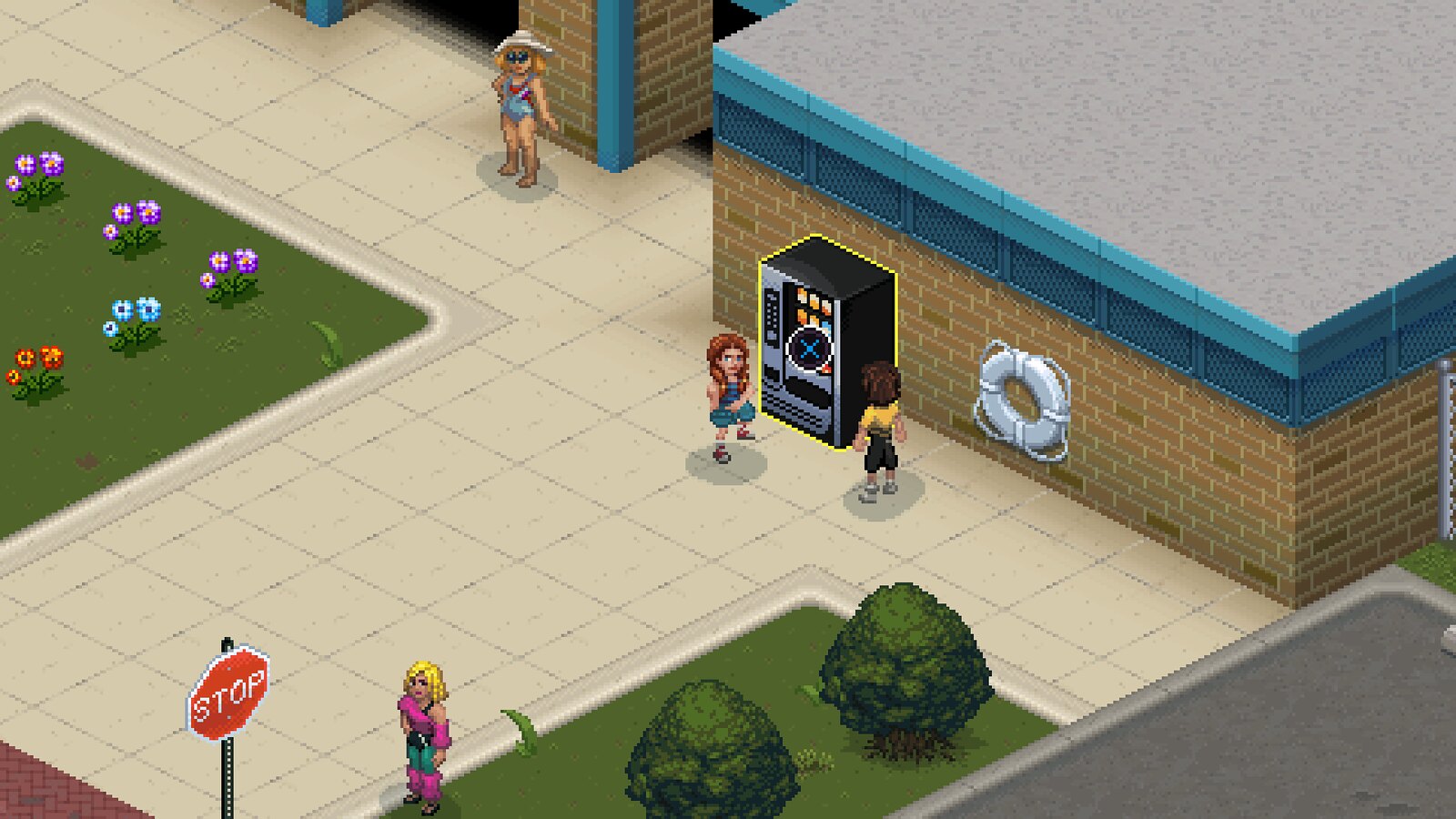 Stores in Hawkins Square or Starcourt Mall are a good place to find supplies. But when you’re exploring Hawkins Lab or wandering deep into a set of underground tunnels, keep an eye out for vending machines. While each vending machine sells a different set of items, they always have Medkits and Coke available. Deep underground mid-adventure and low on supplies? Spare yourself the long walk back to Melvalds and instead search for a nearby vending machine.

The AI Buddy is useful, especially for its special abilities, but nothing beats tearing through Hawkins with a friend at your side. Human-controlled characters deal more damage and make coordinating buddy combos easier.

If you’re going to team up with a friend, consider character combinations that benefit from the same set of trinkets. For example, the Wonder Women trinket lets female characters crit more often and deal more damage when they do. Pair up Max and Eleven and let them loose. 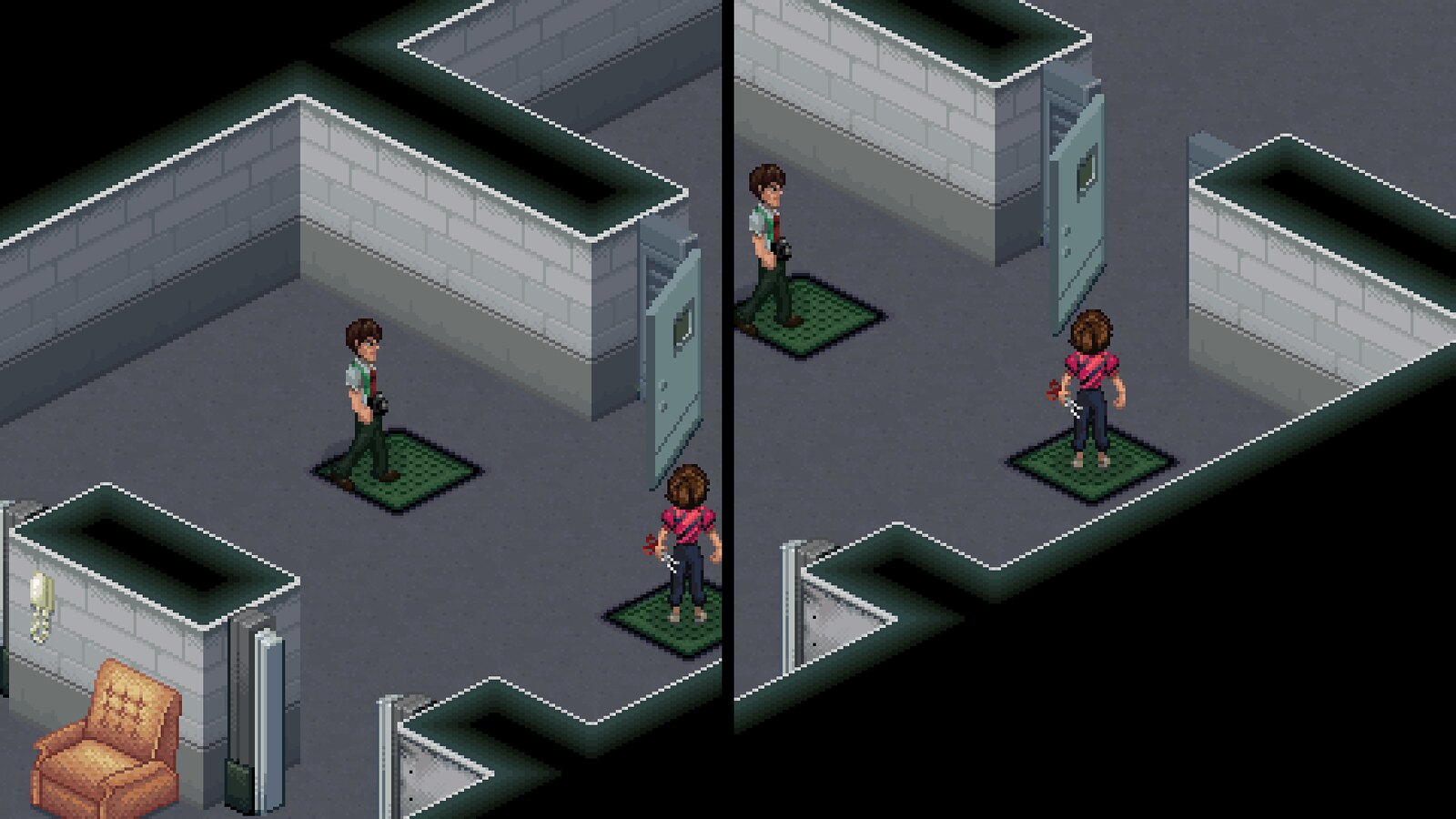 Follow the tips above and you’ll be on your way to a clean finish. But even after taking down the final boss of Stranger Things 3, you won’t be done! You’ll unlock Eliminator Mode after completing the entire game for the first time. In our spin on New Game+, you start out with the entire cast from the start of the game. But when one of your characters die, they stay dead. Permanently! If you run out of characters, your run is over. It’s seriously tough!

Stranger Things 3: The Game launches tomorrow and is available as a digital download from PlayStation Store. The game contains spoilers for season three, so play the game as you complete episodes of the series (the game follows the same episodic structure as the new season) or after watching it in its entirety.

Best of luck, and stay safe in Hawkins. It’s strange out there.

Crash Bandicoot 4: It’s About Time Is Now Available For Digital Pre-order And Pre-download On Xbox One