Looking for a magical getaway? Yearning to embark on an epic quest? Excited about waiting in line for overpriced merchandise? Then grab a +2 plastic sword, book some dungeon-hopper tickets, and strap on your fanny pack of holding, because Heroland is opening its gates to North America on PS4 tomorrow!

Modeled after the adventures of the four legendary heroes who saved the Kingdom of Knowble from the Dark Lord years ago (and have been resting on those laurels ever since), Heroland’s authentic dungeon crawls are stuffed from trash mob to treasure time with suspiciously cheerful mascots, anime-tronic monsters, and cheaply-made loot drops, all guaranteed to give guests an immersive RPG experience… without the life-threatening danger!*

*In the event of life-threatening danger, guests are encouraged to use employees as meat shields.

As you’ll soon find out, the adventure never ends at Heroland! Tons of sidequests await you in the post-game content, but unlike some theme parks — such as Heroic Park, Quest World, and the Zone of Adventure — Heroland is committed to giving our customers the biggest bang for their $tarfish (the only accepted form of currency in the resort). That’s why we’ve unlocked three VIP heroes, previously available in the Japanese game only as paid DLC, for absolutely FREE! Well, except for the price of the game; you still have to pay for that. 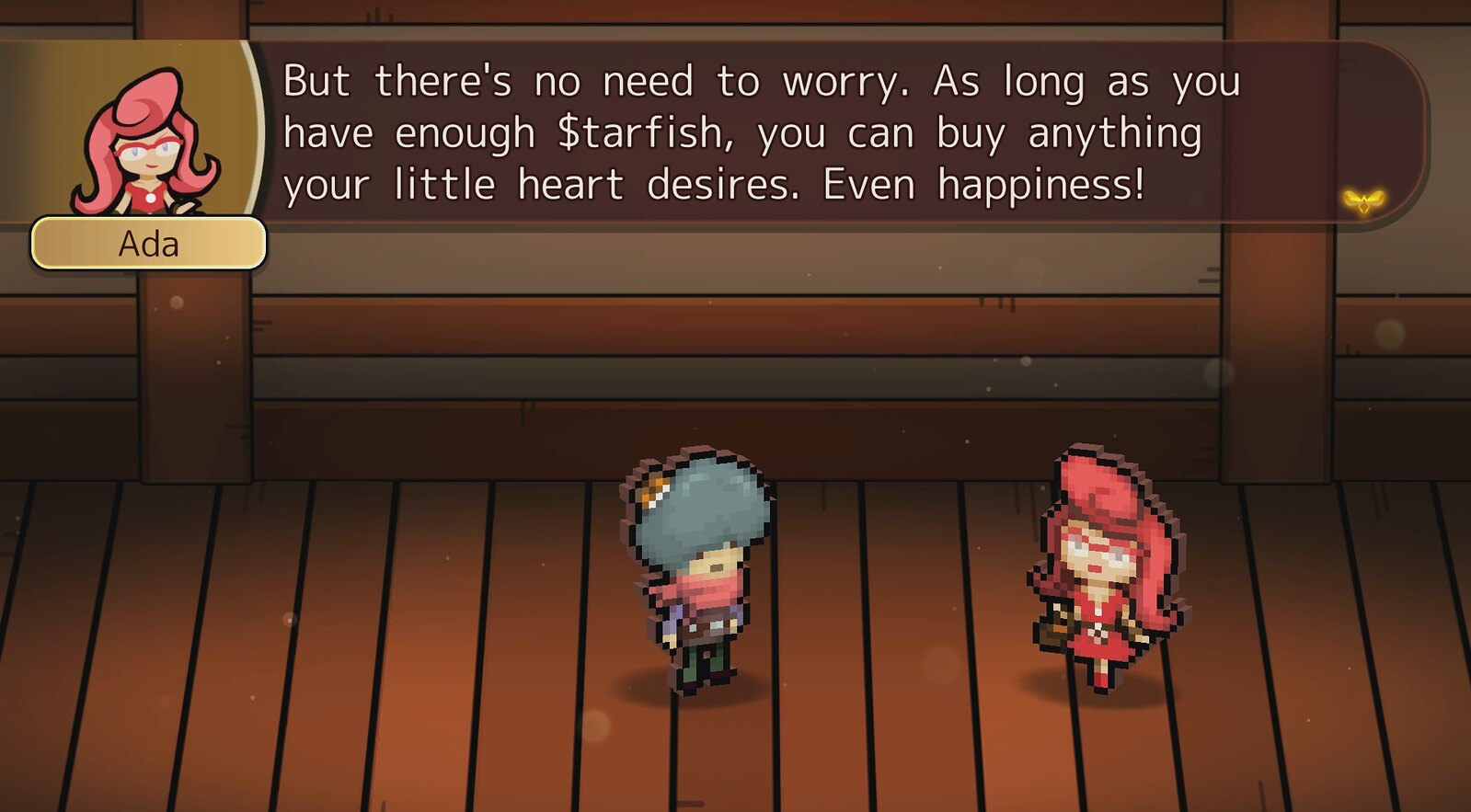 If you’re interested in learning more about the game’s main story, there’s no need to worry — these heroes’ introductions are spoiler-free, so feel free to read on without fear!

Apple: The Princess in White 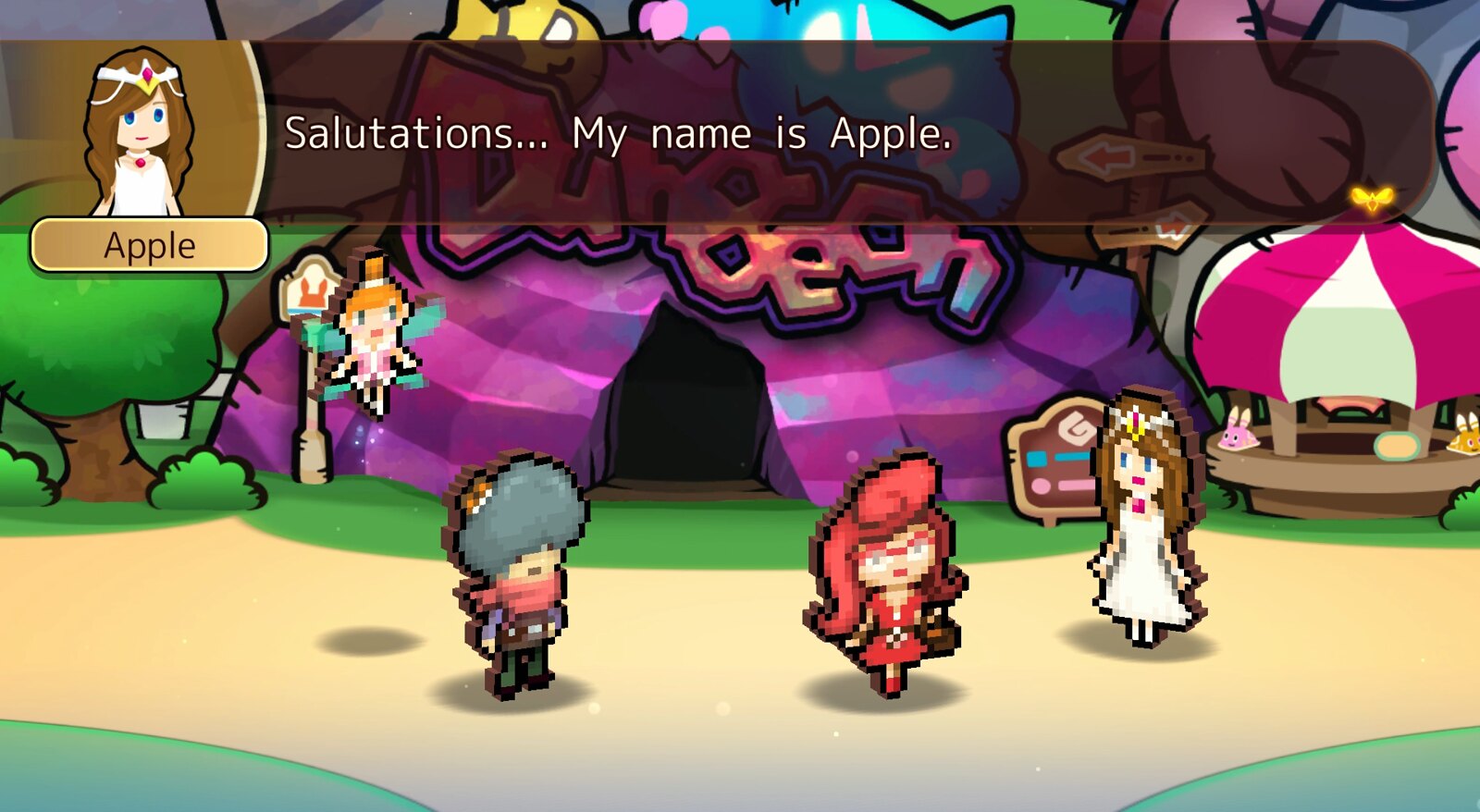 Your adventures continue as you, a tour guide, receive a sidequest request from a mysterious young lady named Apple. She claims that her objective has some relation to your best frenemy, though to what end, she does not say… but only because she’s too shy. Besides, it makes for good foreshadowing. She’s a little reluctant to fight (which is kind of Heroland’s whole thing), but she sounds like she’ll do just about anything to accomplish her goal! While Apple exudes an aura of mystery, one thing is crystal clear: milkshakes are her passion, and she’ll stop at nothing to get her hands on the world’s tastiest dairy drink.

Cherry: The Li’l Slug with a Dream 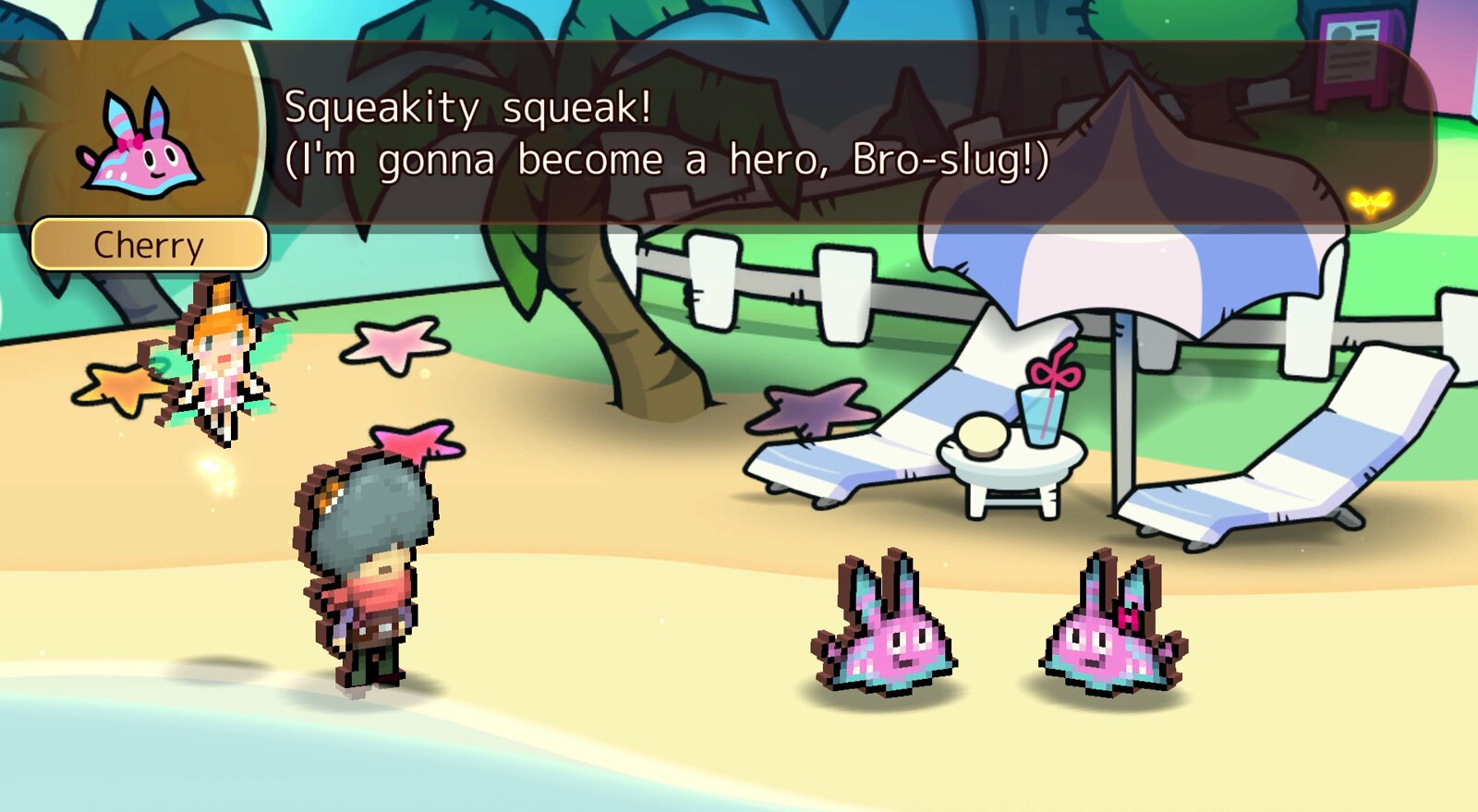 One day, while strolling along the sandy shores of Heroland, you happen upon two Li’l Slugs having a chat, one of which you recognize as the gastropod from the MonStar Team who’s always got something to squeak about. The Li’l Slug wearing a red bow on her antenna calls herself Cherry, and she’s got big dreams about becoming a hero… or so you think. You’re not entirely sure, since you’re not versed in Sluggish. But before you know it, you find Cherry in your tour group! Guide her on a squeaktacular adventure and meet more of the lovable mollusks who call Heroland their home. 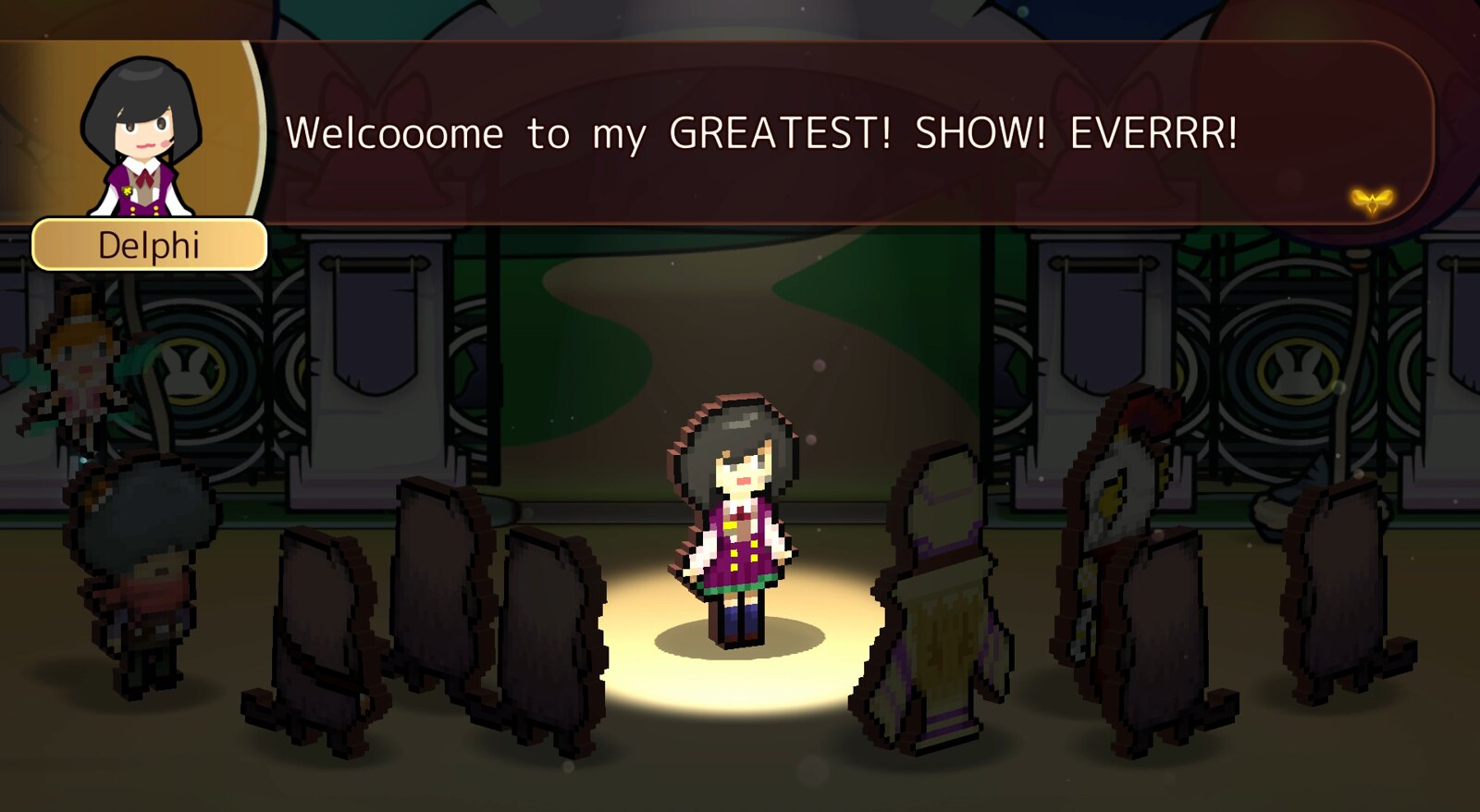 Delphi’s made her way to Heroland, and she’s here to cause a scene! While minding your own business, you find a crowd of familiar faces congregating by the park gates. As if by magic, the lights dim, and in the spotlight is none other than Delphi, the pop sensation taking the Knowble Kingdom by storm! As her concert concludes, Delphi notices you — a mere part-timer — in the crowd. After much persuasion from your coworker (and “Lady Del-Del’s #1 Li’l MonStar”), you agree to be Delphi’s tour guide! But why did a popstar princess come to Heroland? And what’s this about Knowble’s system of royal succession becoming a popularity contest?!

As an idol, Delphi’s got major confidence in her star power — she’s not afraid to show it, and neither are we! Enjoy a sneak peek of Delphi’s hit single, Dreaming Days, in this special clip (sound ON!).

Fun fact: when localizing the song into English, we made sure the English lyrics matched the beat of the Japanese lyrics… to the best of our ability, anyway! That’s what we in the industry call “translyricization,” which is really just a fancy way of saying “channeling our inner Weird Al.” So if you’re into karaoke, we’ve done the lyrical heavy lifting by matching the lyrics to the song. (Seriously. Our translator even sang a test run for it.) We hope the end results will take your breath away! 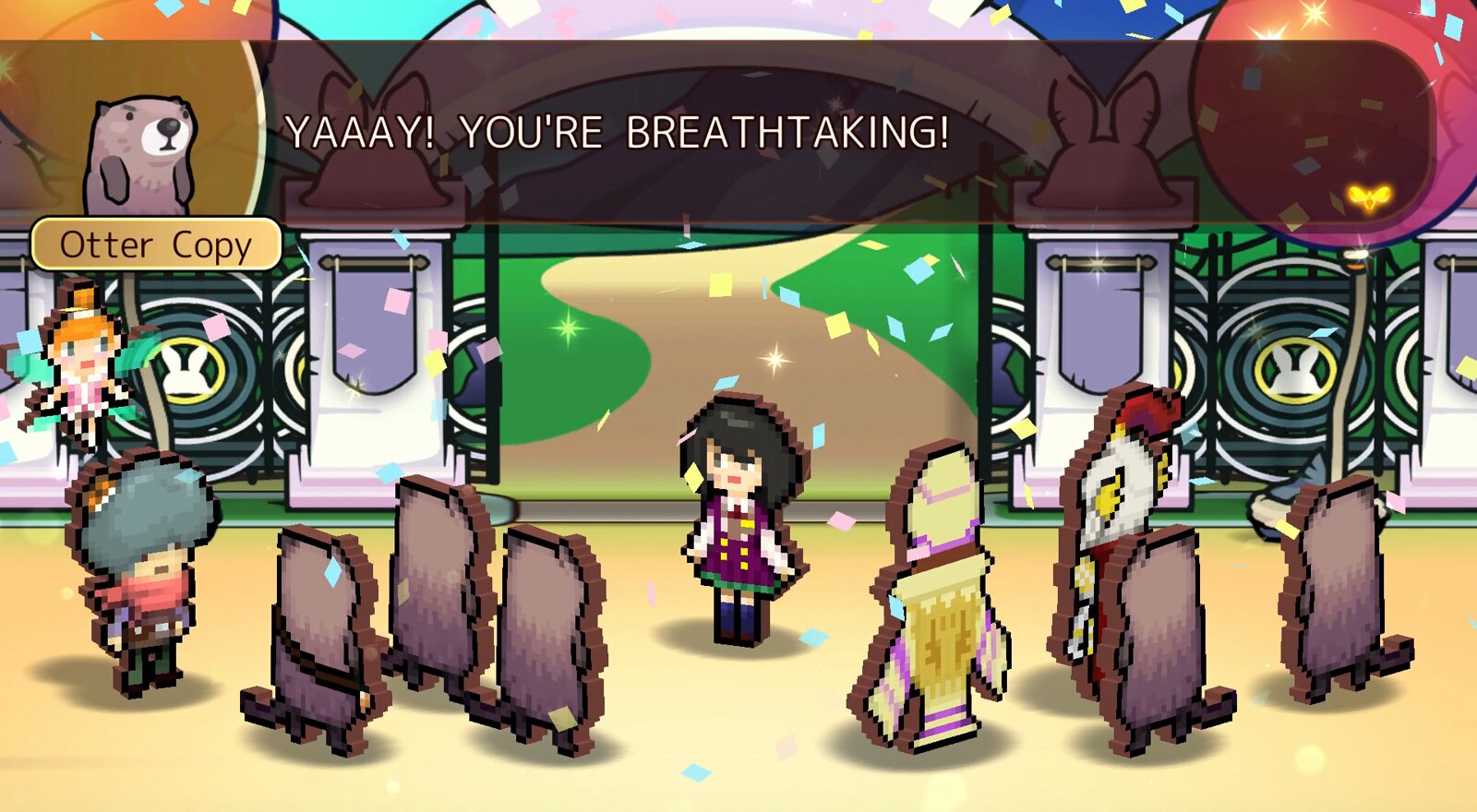 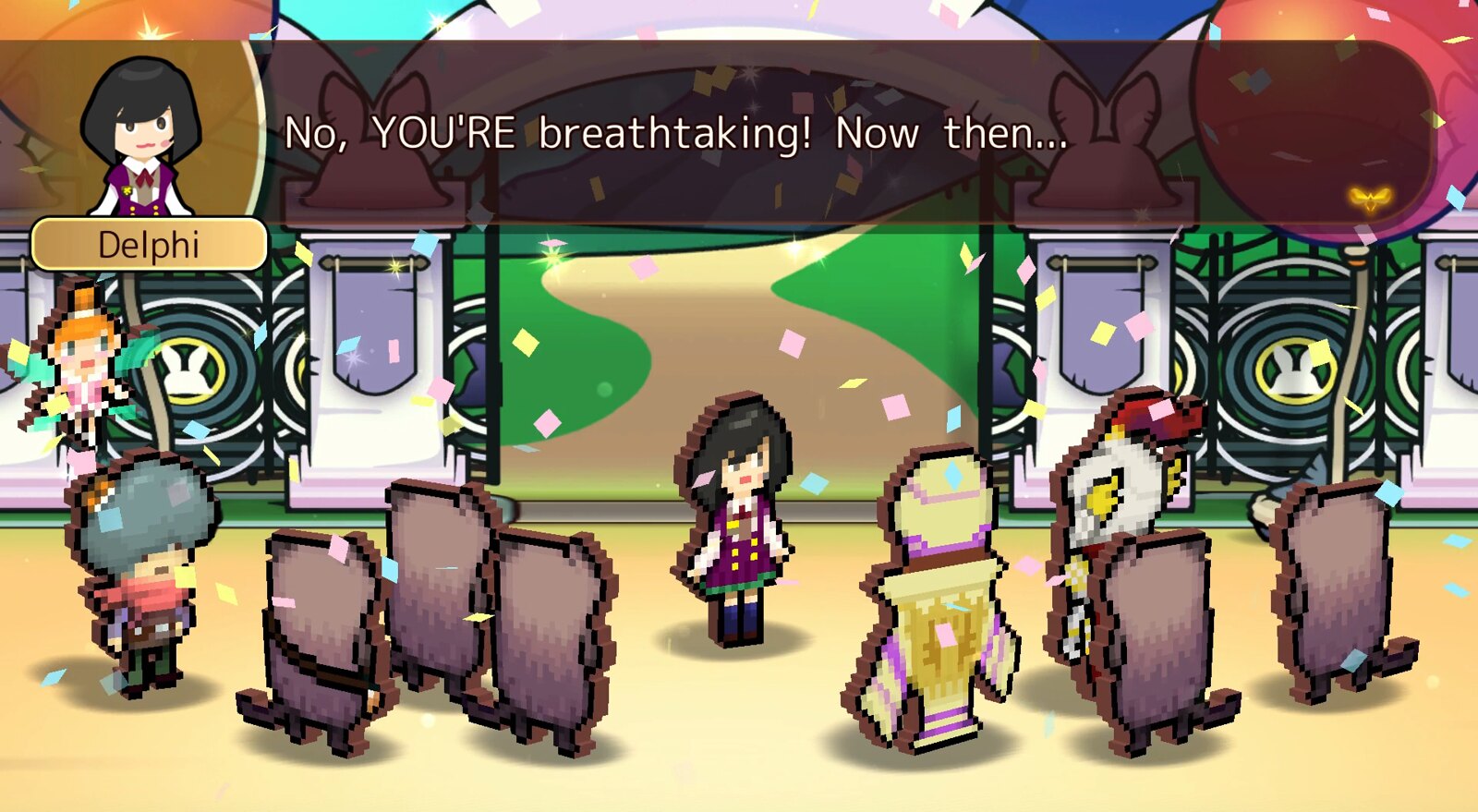 These three extra adventurers will be waiting for you at Heroland, releasing on PS4 systems tomorrow! There are countless other riveting tales to be told in both the digital version and the physical Knowble Day 1 Edition, but you’ll just have to discover the rest when you play. Enjoy your tour, and have fun storming the dungeons! 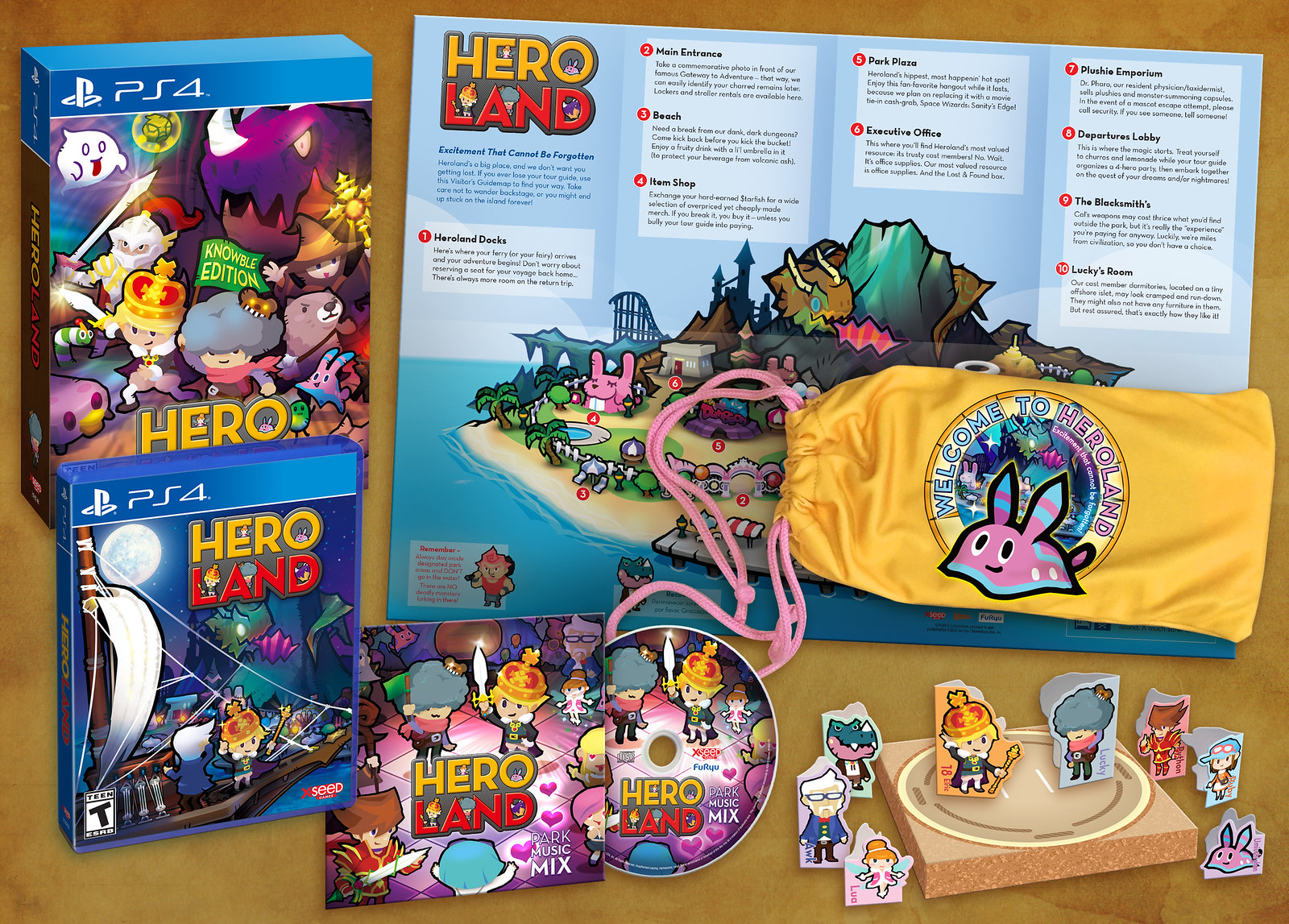 Save the Greek Pantheon in Gods & Monsters, Coming to PS4 February 25