There’s been a lot of chatter online since FF7R’s initial reveal from die-hard fans who are skeptical of the remake’s transition to a more action-oriented battle system. It’s good to be skeptical — it’s a big shift for one of the most revered games of all time — but I am both thrilled and relieved to report that while combat looks fast-paced and action-heavy, in practice there’s far more of that traditional turn-based DNA embedded here than you might think. 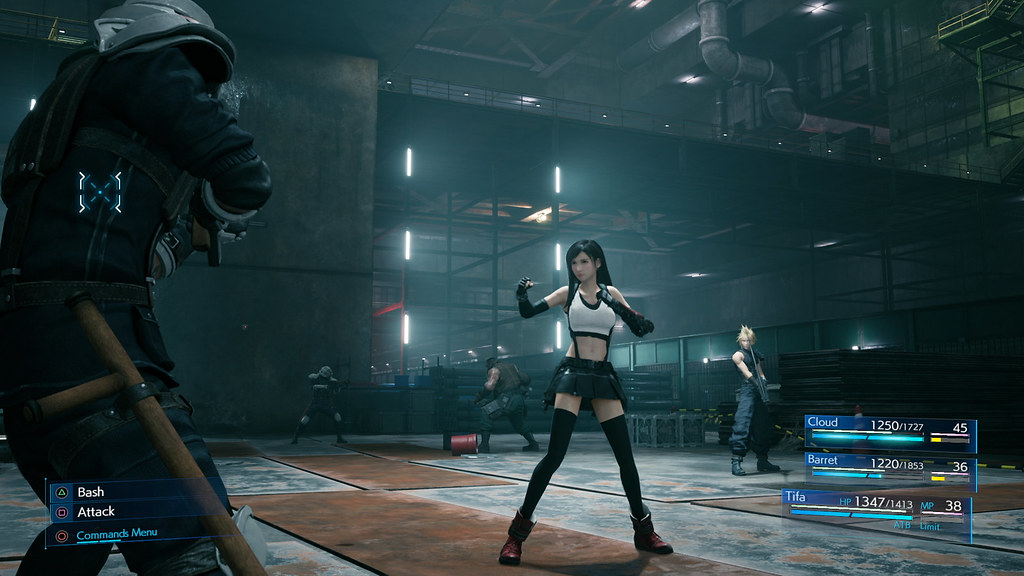 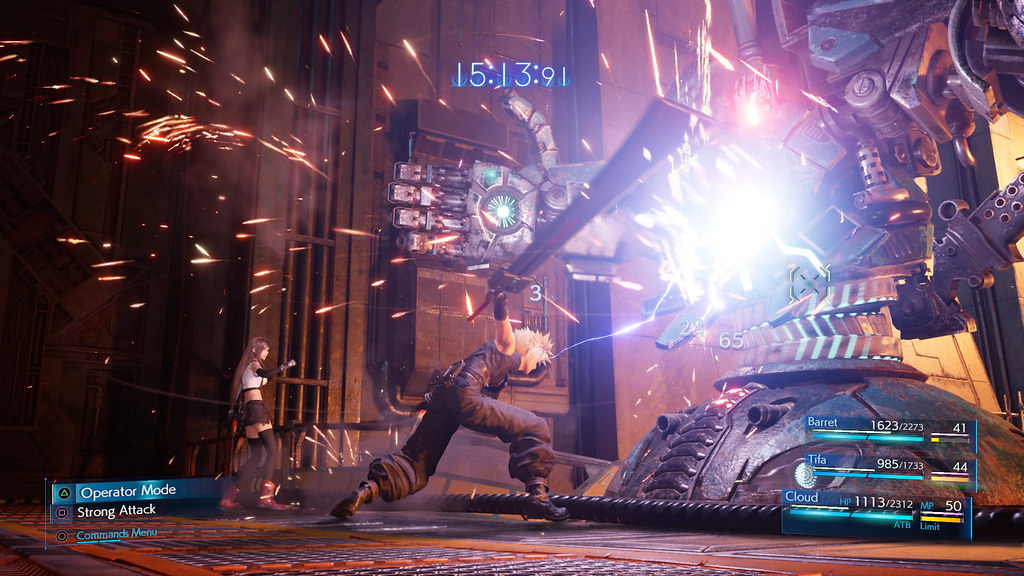 In the hours following my hands-on time with the game, I found myself describing it to friends as a modernized approach to the original’s turn-based combat. Remember how much time was spent waiting for ATB gauges to fill in the original? Remake basically just gives you fun stuff to do while you’re waiting. Sure, your ATB gauges will fill up slowly on their own, but hammering enemies with standard attacks will accelerate the process. During gameplay this means more exciting combat that still feels faithful (perhaps even reverential) to the spirit of the original game.

Allow me to elaborate. There’s a “standard attack” you can execute by hammering the Square button, and you can block with R1 or dodge with Circle. Sure, this all looks flashy and feels fun, but leaning on these skills isn’t going to get you through battles very quickly. The meat of the combat in Remake is Tactical Mode, which you can enter at any time by pressing X. When you go Tactical, time slows nearly to a stop and you gain access to a menu with options for Abilities, Spells, and Items. You have plenty of time to plan a course of action here — think of this more like a cinematic version of the turn-based combat from the original game. 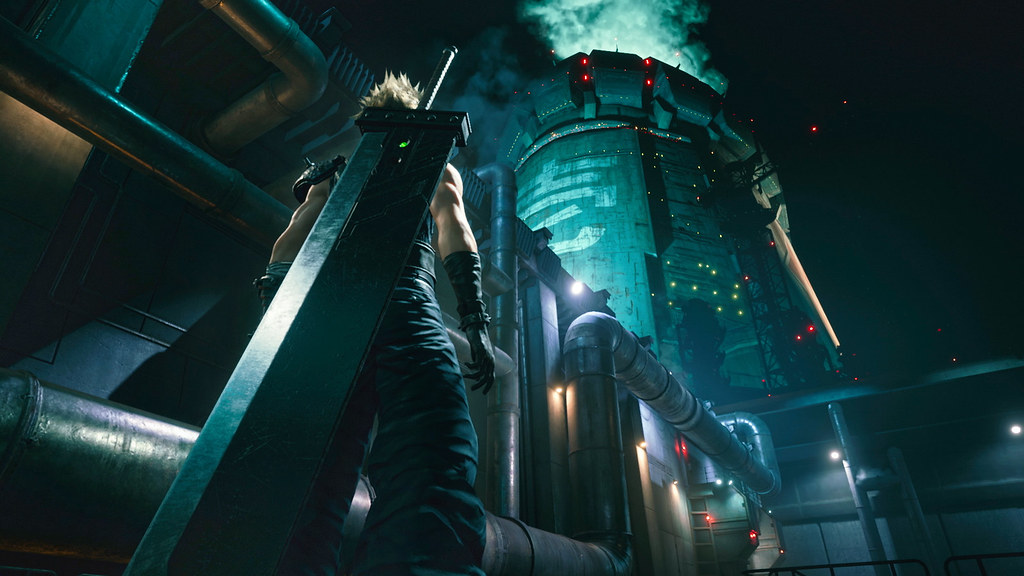 Equipping Materia to a character’s gear still grants access to various spells, and elemental weaknesses seem to play a significant part Remake’s combat. When battling the iconic Scorpion Sentinel boss, I was watching Barret’s ATB bars like a hawk since I knew he could cast Thunder — an attack the Scorpion definitely did not enjoy getting hit by. I found myself swapping between Cloud and Barret a bunch, getting up close with Cloud’s standard attacks to fill up ATB bars and slinging hard-hitting physical Abilities, then swapping to Barret to hit the boss with Thunder and keeping the party healed up with the Cure spell (and every so often tossing out a potion or ether, which also consumes one ATB gauge). Side note: Barret’s arm-mounted machine gun opens up interesting ranged combat options in this battle and in the moment-to-moment scraps against weaker foes.

Another gauge I kept an eye on during this boss fight was the Stagger gauge, displayed just below the boss’s health bar. Dealing enough damage to max it out staggered the boss, stopping its assault temporarily and increasing damage from all other attacks for a short time.

Sometimes one of your characters can get pinned down or otherwise restrained by an enemy, forcing you to swap to another team member to try and dish out enough damage to free your friend. This serves as a good reminder that you should swap between characters frequently, since they each have their own ATB gauges and powerful abilities to go with ‘em.

And, of course, the Limit Break returns. Taking damage fills up your Limit gauge, and once that’s full your Tactical menu gains a new option: that beautiful, animated, rainbow-tinted “LIMIT BREAK” option. Let ‘em have it!

A few other tidbits I noticed while playing Final Fantasy VII Remake (man, it still feels crazy to type that):

That’s it for now! But stay tuned — I’m sure we’ll have plenty more to talk about as we draw nearer to Final Fantasy VII Remake’s March 3, 2020 release date.

Twitch now lets streamers use multiple Extensions at once

Ghost of Tsushima: The road to launch

Fight Evil Robots as a Dog Samurai in Dogurai, Out on PS4 Tomorrow