Every Dragon Ball fan has a favorite moment, one that made them cheer at the screen or sit up in anticipation. For some, this moment could be a dizzying combat scene, while for others it may be a dramatic line of dialog. I can certainly recall some exchanges in the Cell saga that gave me goosebumps the first time I heard ’em.

We’ve watched — or read! — these moments for many years, and with Dragon Ball Z: Kakarot, you’ll be able to play through the Z Warriors’ saga, from the Raditz attack all the way through Majin Buu. We were curious how the game’s development team crammed so many famous sagas into one game (let alone add even more lore, characters and moments), so we reached out to community specialist Sam Wilkinson and lead producer Ryosuke Hara for more info.

PlayStation.Blog: Dragon Ball Z: Kakarot encompasses the entire DBZ saga, from the days of Raditz and Vegeta to the ultimate showdown with Majin Buu. That’s a lot of ground to cover! Was there ever a time when the team felt the early sagas would be enough to fill an entire game, or was the goal always to tell the full story?

Sam Wilkinson/Ryosuke Hara: That’s a good question, this definitely crossed our minds at one point. However, the initial goal of this project was not only to tell the story of Dragon Ball Z, but to allow the players to experience the journey that Goku and the Z-Warriors shared, becoming stronger and building up their bonds. We felt that this had to be delivered in one package.

PSB: We assume Kakarot doesn’t contain literally every moment and line from each saga, so how did the team determine where to trim and where to let moments breathe?

SW/RH: Dragon Ball Z is loved all over the world, so of course everyone has their personal favorite scene. This made it difficult to set a specific guideline when deciding which moments to include.

However, everyone working on Dragon Ball Z: Kakarot are lifelong fans of Dragon Ball, so we knew the only thing we could do was continue discussing the best way to please as many Dragon Ball fans as possible.

PSB: What was the overall process of converting a “saga” into individual RPG-like segments?

SW/RH: Aside from the main story, we also focused on how to make the gameplay between the main scenarios interesting. As I mentioned, we are all fans of Dragon Ball, so we asked Akira Toriyama questions that we have been dying to know. We adapted those answers into the game mechanics, such as Sub Stories and conversations with NPCs. 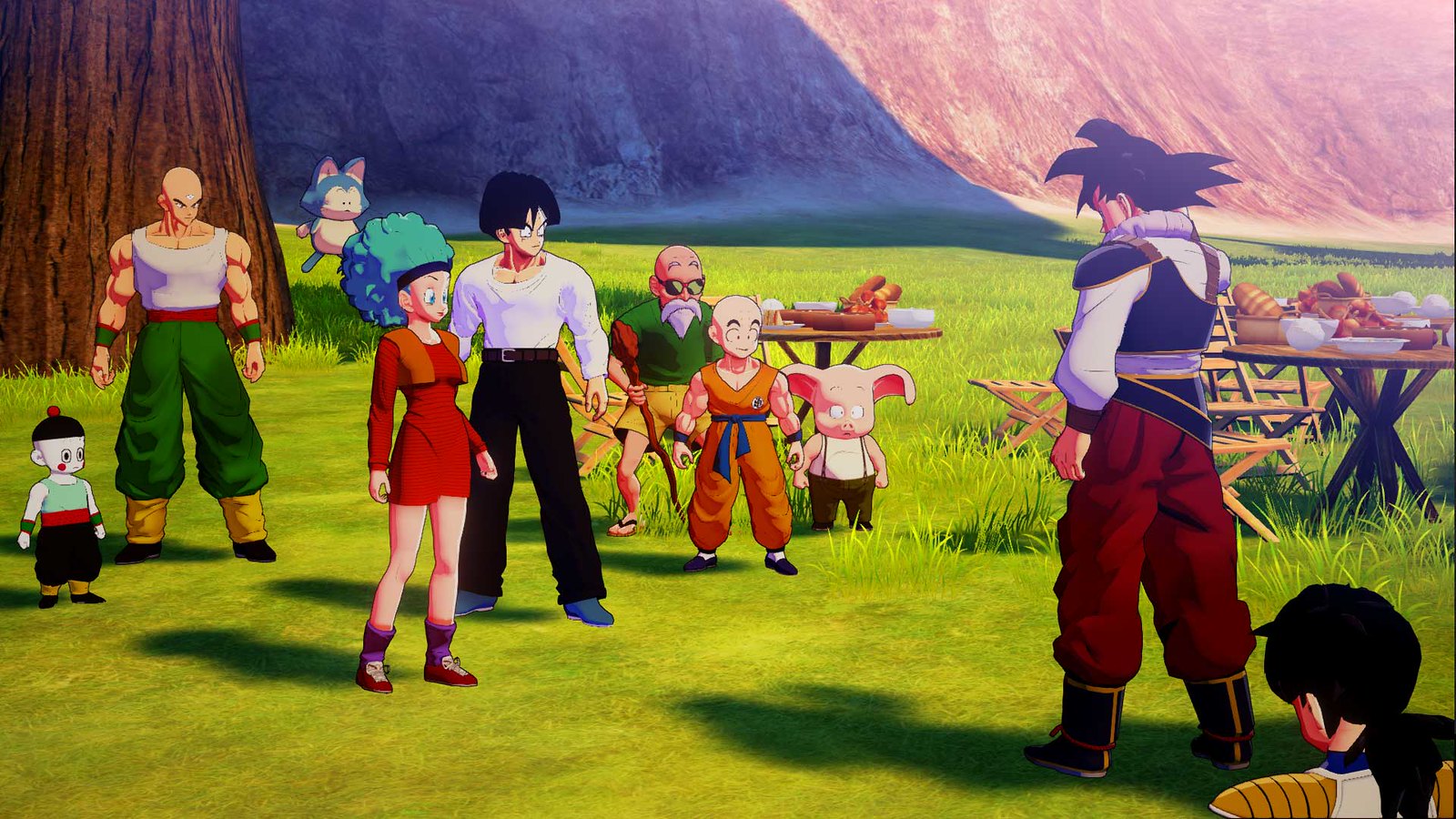 PSB: Were there any particular moments from the show that were perhaps not considered “crucial” to the game experience but were too memorable to leave out?

SW/RH: There were tons! For example, we tried to shed light on the funny moments that Akira Toriyama is well known for, such as Gohan’s school life during the Buu Arc. There are definitely moments that you wouldn’t see in other Dragon Ball games. 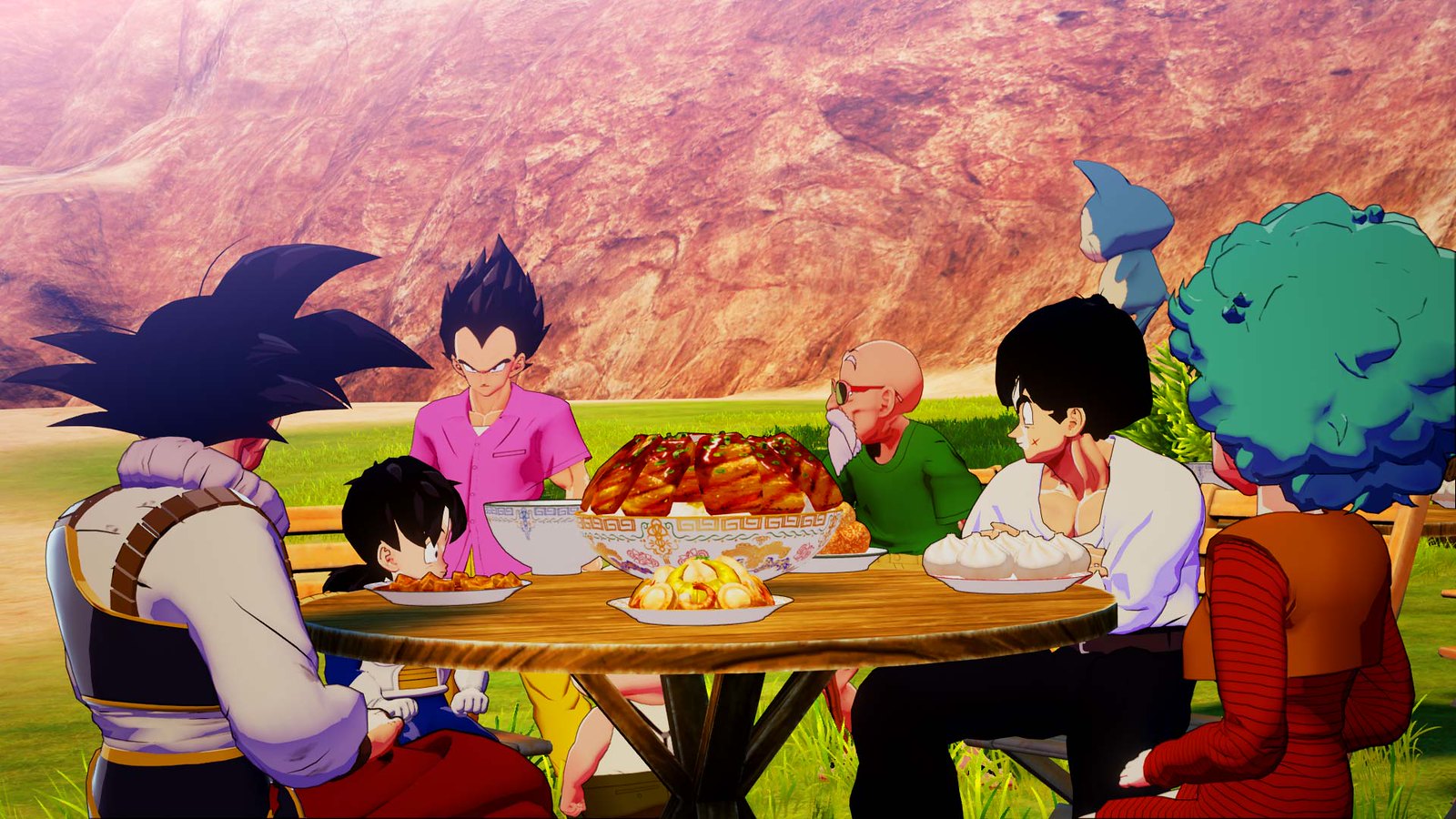 PSB: Once you had the moments locked in, were any lines used from the show or was all-new VO recorded?

SW/RH: All of the lines were newly recorded by the voice actors for this game. Recently, there haven’t been Dragon Ball games which focused on retelling the anime sagas. So we could tell that the voice actors were feeling a lot of nostalgia, and enjoyed returning to these iconic scenes. 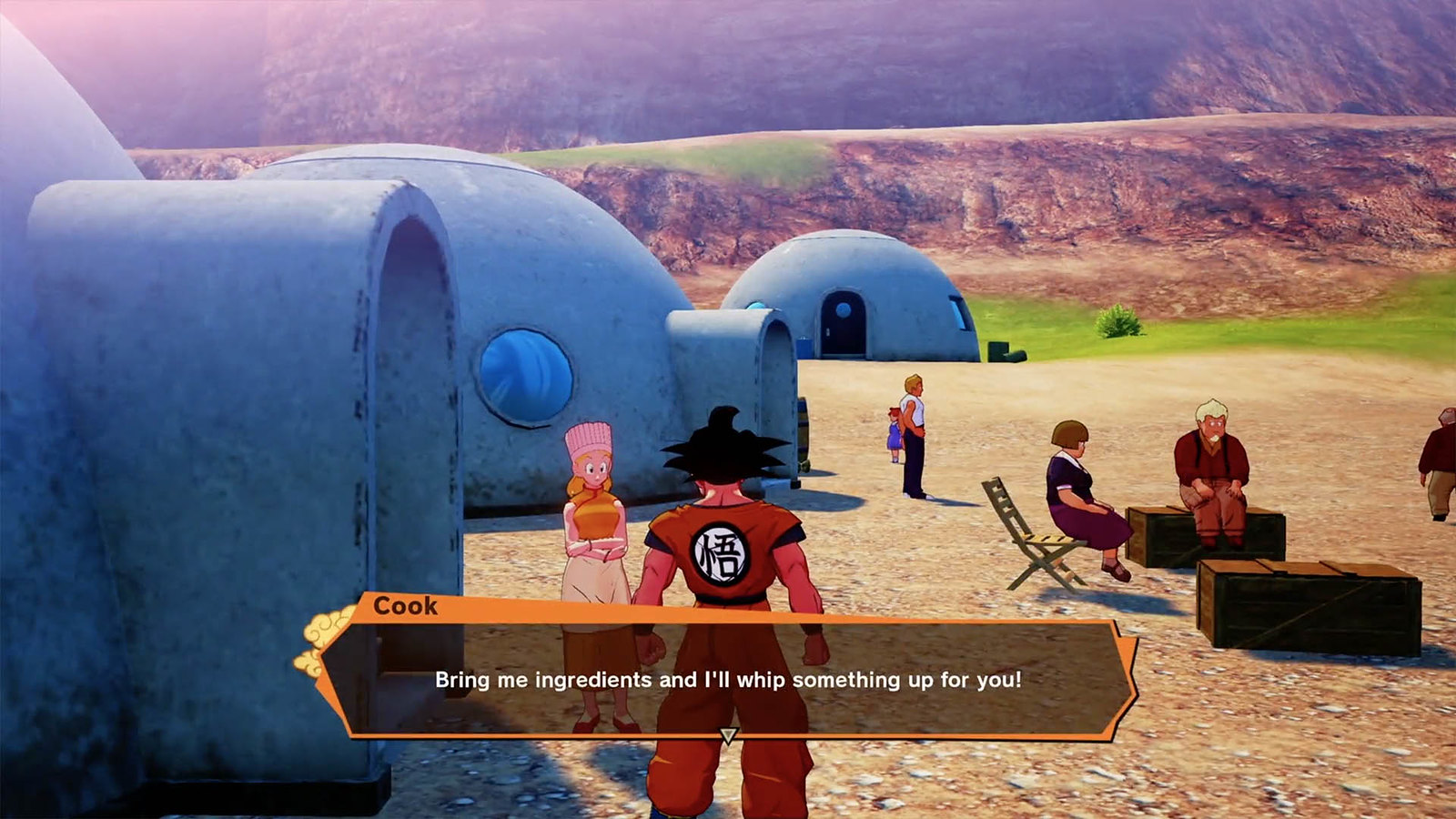 PSB: When you’re not screaming into battle against notable villains, Kakarot offers lore-building side-quests with all kinds of NPCs. What kinds of stories did you want to tell with these side missions, and how do they help further flesh out the DBZ world?

PSB: A brand-new character, Bonyu, is introduced via these side-quests. How was this addition to the DBZ roster proposed and then integrated into the game?

SW/RH: To be honest, adding this new character in Dragon Ball Z: Kakarot, was completely unexpected. At an early stage of development, we put together a list of questions we wanted to ask Akira Toriyama. When he answered one of our questions regarding the Ginyu Force, he revealed that this new character, Bonyu, used to be a member of the Ginyu Force. And not only did he provide us with this new lore, he also drew her character design. We then created a sub-quest which revolves around her setting, and her 3D Character Model, based on the illustration provided by the author. 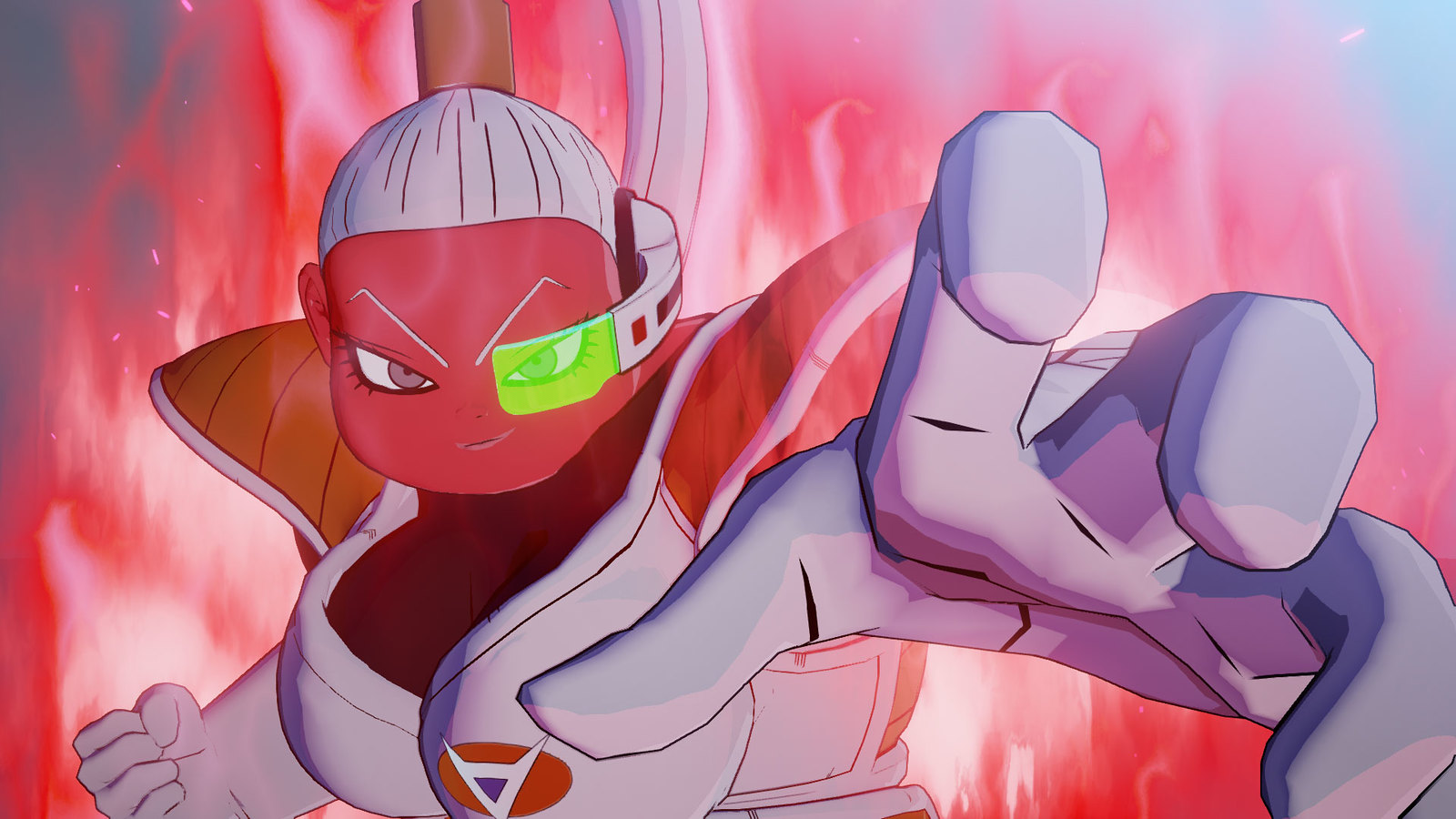 PSB: Was there any hesitation regarding adding a new character to these past events? How does Bonyu add to the world of Dragon Ball Z?

SW/RH: We had absolutely no hesitation, and that’s simply thanks to the fact that it was the author himself who introduced this new character to us.

PSB: Finally, how did Cyberconnect2 like working with the DBZ franchise? They’ve created notable anime fighting games as well as beloved RPGs, and this seems like a great mix of their strengths.

SW/RH: Most definitely. We believe that CyberConnect2 has been able to fully utilize their strengths in Dragon Ball Z: Kakarot. They’ve really succeeded in fusing this game’s presentation style with the Dragon Ball Z art style. I hope everyone pays very close attention to the various facial expressions from the characters in the game during epic battles.

Ryosuke Hara and the team at CyberConnect2 were honored to bring the story of Dragon Ball Z to PS4. They have been working passionately to ensure that Dragon Ball Z: Kakarot honors and expands on the worldwide-beloved work of Akira Toriyama.