Hi, PlayStation fans! We’re excited to announce that Sparklite is finally launching on PS4 today, after four difficult years. Being indie is a dream many game developers aspire to and, not taking that for granted, we want to share how our studio managed to get Sparklite over the finish line. As an indie developer, we could set our own priorities, like choosing fun over a deadline, but it doesn’t mean that we don’t have any constraints.

The most pressing constraint is obviously money. Keeping Red Blue solvent for over four years has been due to a mix of support from family, frugal living, fortunate contract gigs, and, most recently, help from a publisher. Since Red Blue began we have had working spouses who are willing to live cheap and have access to healthcare benefits. Connections with former co-workers also yielded contract gigs that brought in revenue at critical points in development. Breaks like these have made us appreciate our good fortunes and relationships. 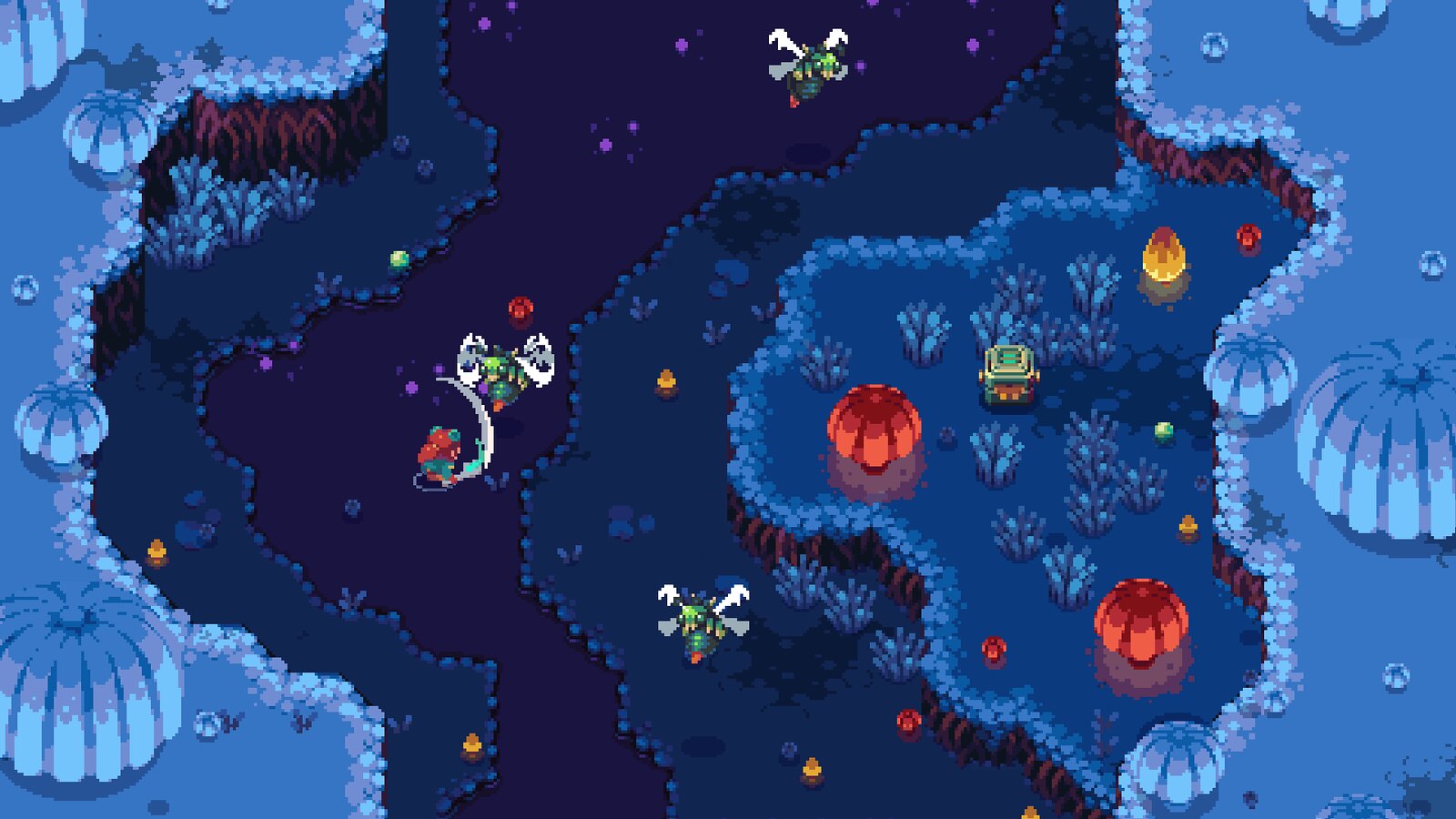 But speaking of our spouses, we also knew that with kids right around the corner, this might be our best chance to commit ourselves to developing a title. If we had one shot it should be a game we have always wanted to make. A game we would regret not taking a chance on.

We chose a retro-inspired action adventure as our genre but also wanted to incorporate some modern design. The original plan was to do an art style that we could achieve in-house, but once we hired a professional pixel artist to mock up the style, we knew we’d need to hire some artists. 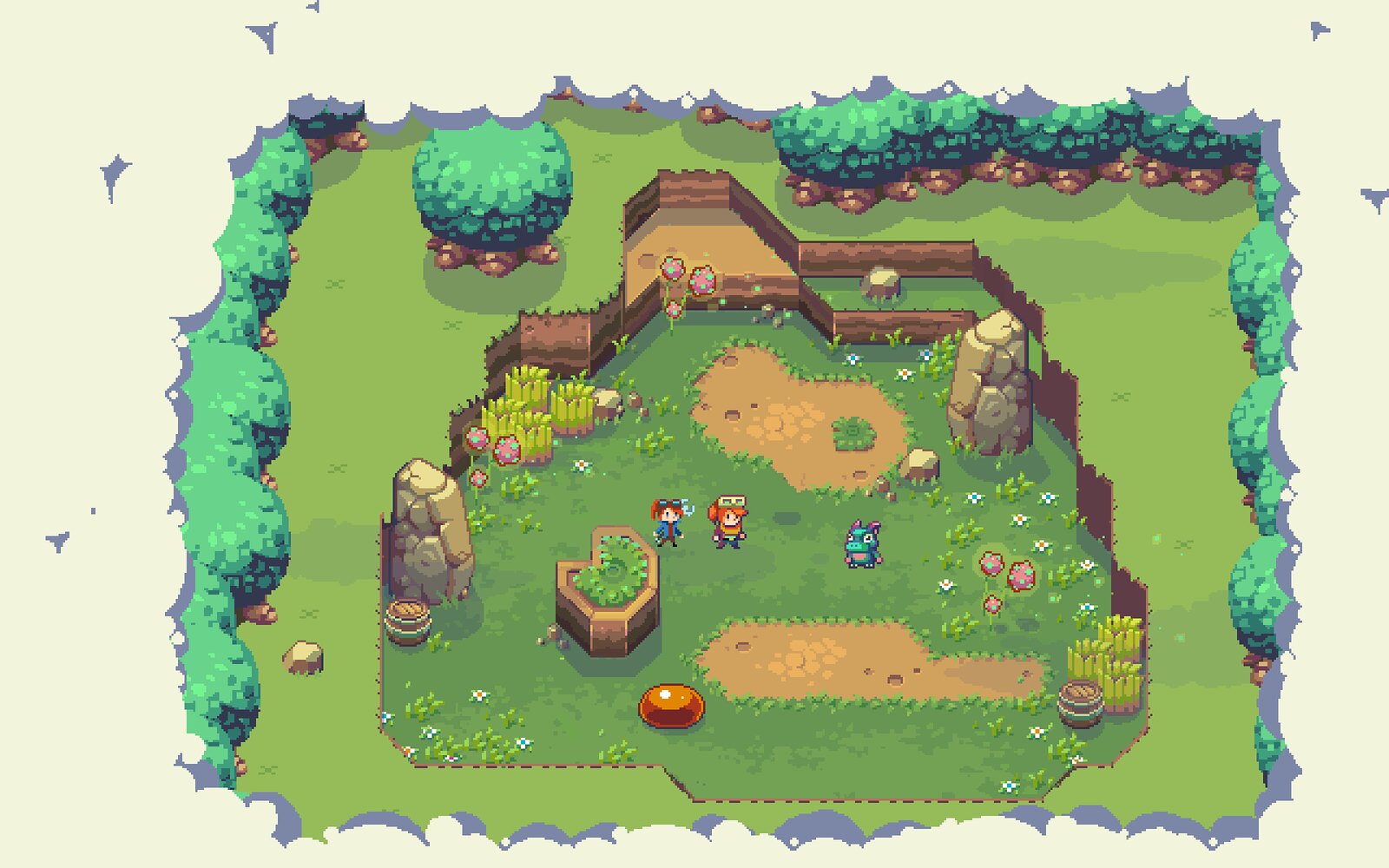 Putting together the team that worked on Sparklite has been a mix of good luck and good relationships. We found all of our artists from the amazing pixel art community on Twitter. We compiled lists of artists we liked while following #pixeldailies, and found several that we really clicked with after doing some trial work together. In many ways, this was yet another stroke of luck since we really did not do a lot of vetting in terms of team compatibility.

At a few points, we’ve needed to pull in some trusted programmers, particularly for porting. This was yet another time where good connections helped us out. We didn’t need to search for or interview anyone. They are also extremely talented, so the quality of work we got from them was as good as — if not better than — what we could have done on our own.

At its biggest, Sparklite had a team of two designers, four programmers, and two pixel artists. At its smallest, it was just two. It’s made it hard to answer questions like “how many people work on Sparklite?” and “how long has it taken to make the game?” 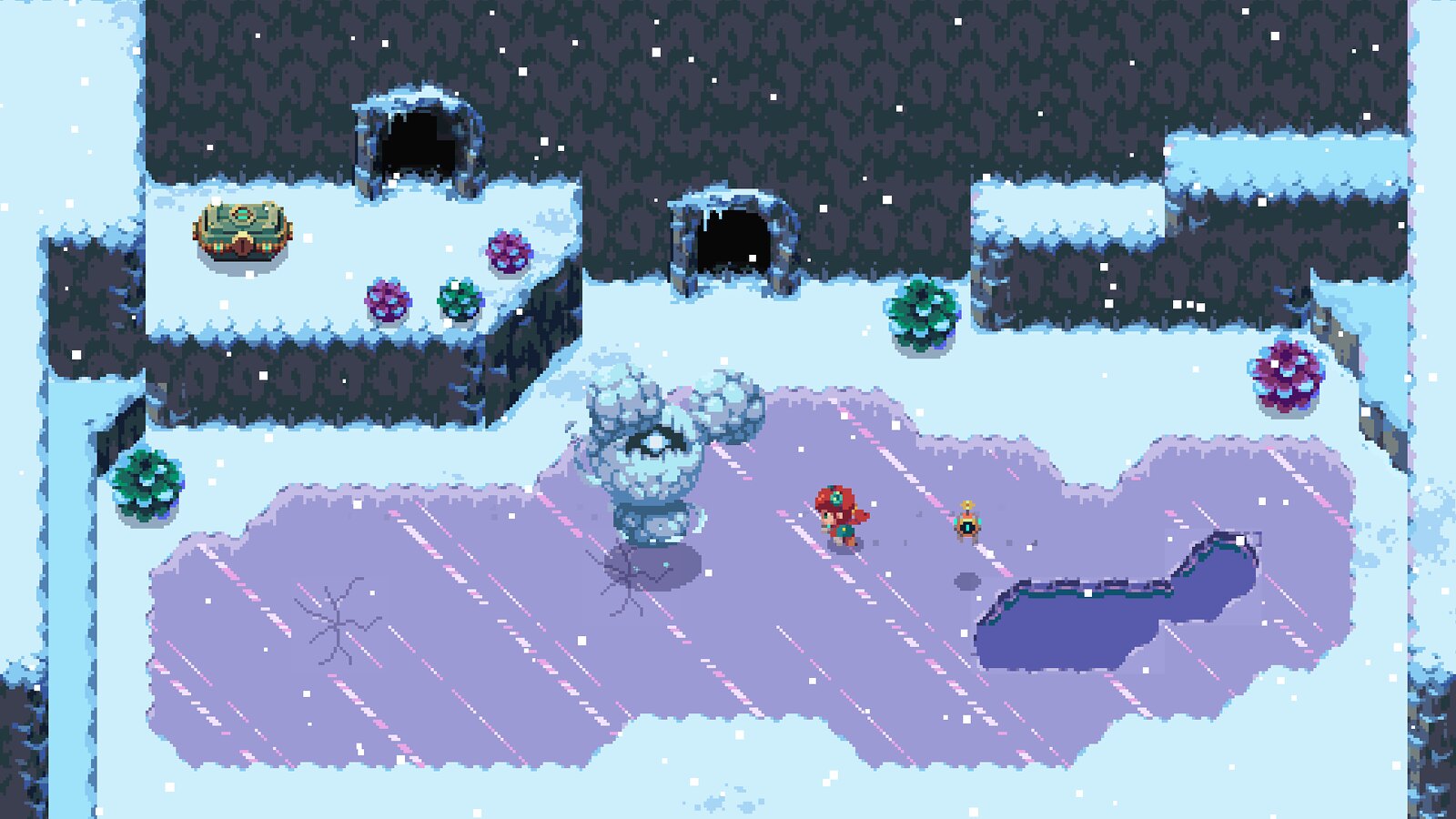 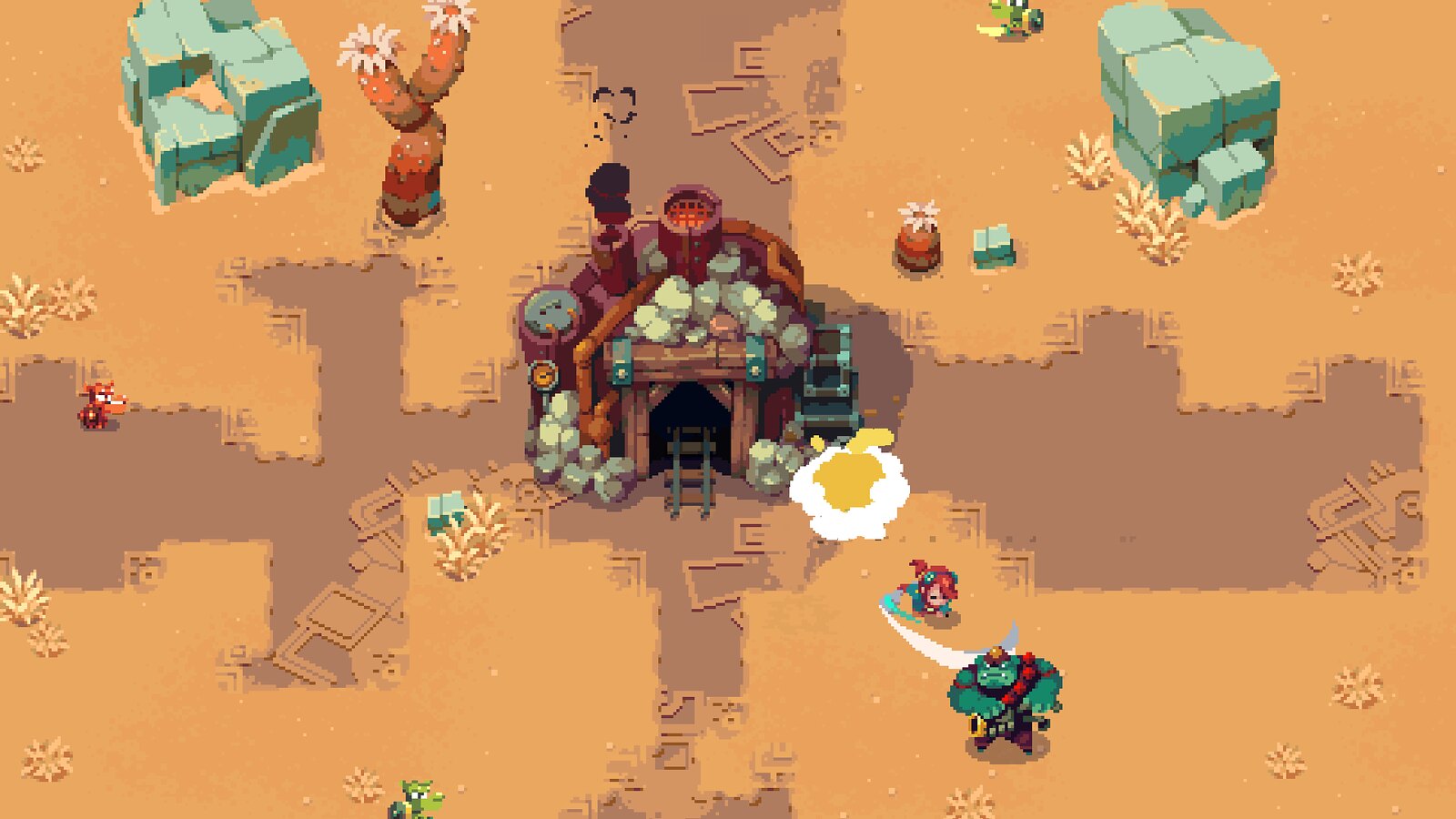 The last big stroke of luck that we need to highlight was landing a deal with our publisher, Merge Games. We ran into them while attending PAX East in 2018 as one of the Indie Megabooth participants. They offered to help bring Sparklite to all consoles, including retail, which would allow us to reach many more players than we could have on our own. Without going into a big discussion regarding what “being indie” really means, it was clear to us that the partnership would help us make Sparklite a better game and reach more players without compromising on the game’s design.

Without a doubt, the greatest advantage we’ve had over these last four years is the resilience that comes from having strong professional and personal relationships. When we needed contract work, we had contacts who could help out. When we needed programming help, we had friends willing to step in. When we needed more time on the project, our spouses were willing to endure months and years more on a frugal gamedev budget. 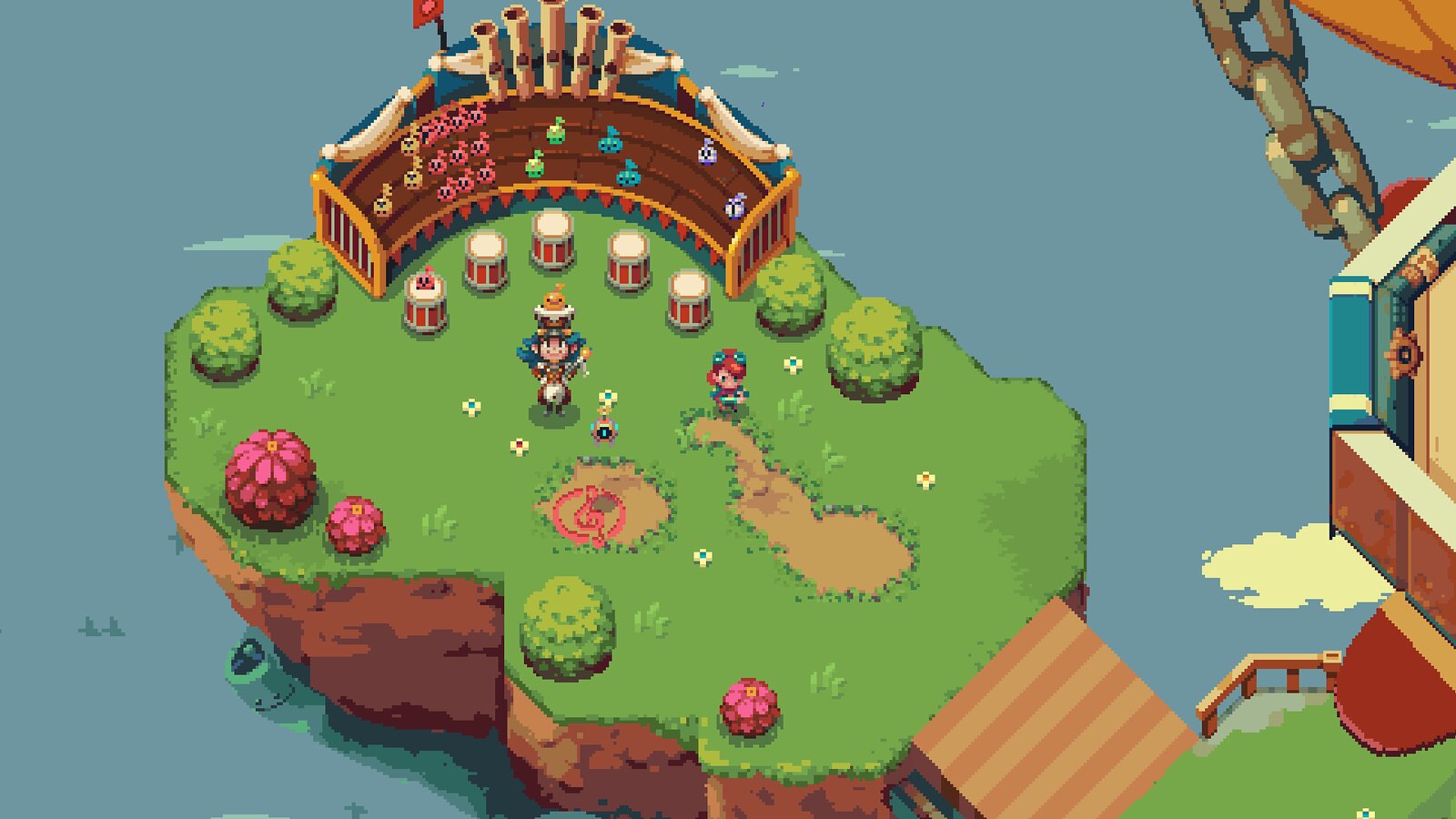 Maybe it’s not a coincidence then that one of the things we wanted to highlight in Sparklite are the friendships that the protagonist, Ada, relies on in her adventure. The townspeople who help her up when she falls give her the resilience she needs to carry on. Gamedev is also an adventure of its own and we’re so grateful to have had the support and good fortune to be able to bring Sparklite to life.