My name is Naoki Hamaguchi, and I worked as Co-Director of Final Fantasy VII Remake. I wanted to share a behind-the-scenes look at what I think is one of the coolest parts of the game — the Summons.

For newcomers, Summons are powerful creatures that can be brought into battle to help you take down even the most challenging foes. They’re an important part of the Final Fantasy series, but for Final Fantasy VII Remake we approached them in an entirely new way.

In the new game, these visually spectacular allies fight directly alongside you — provided you’ve earned them of course. Read on and I’ll explain how we came up with this new system, and some of the challenges we faced along the way.

The big idea behind Summons

The central concept for the Summons in Final Fantasy VII Remake is collaboration in battle.

In previous Final Fantasy games, including the original Final Fantasy VII, when you activated a Summon, it would launch its big attack and then leave. For this game, we knew we wanted them to fight with you. 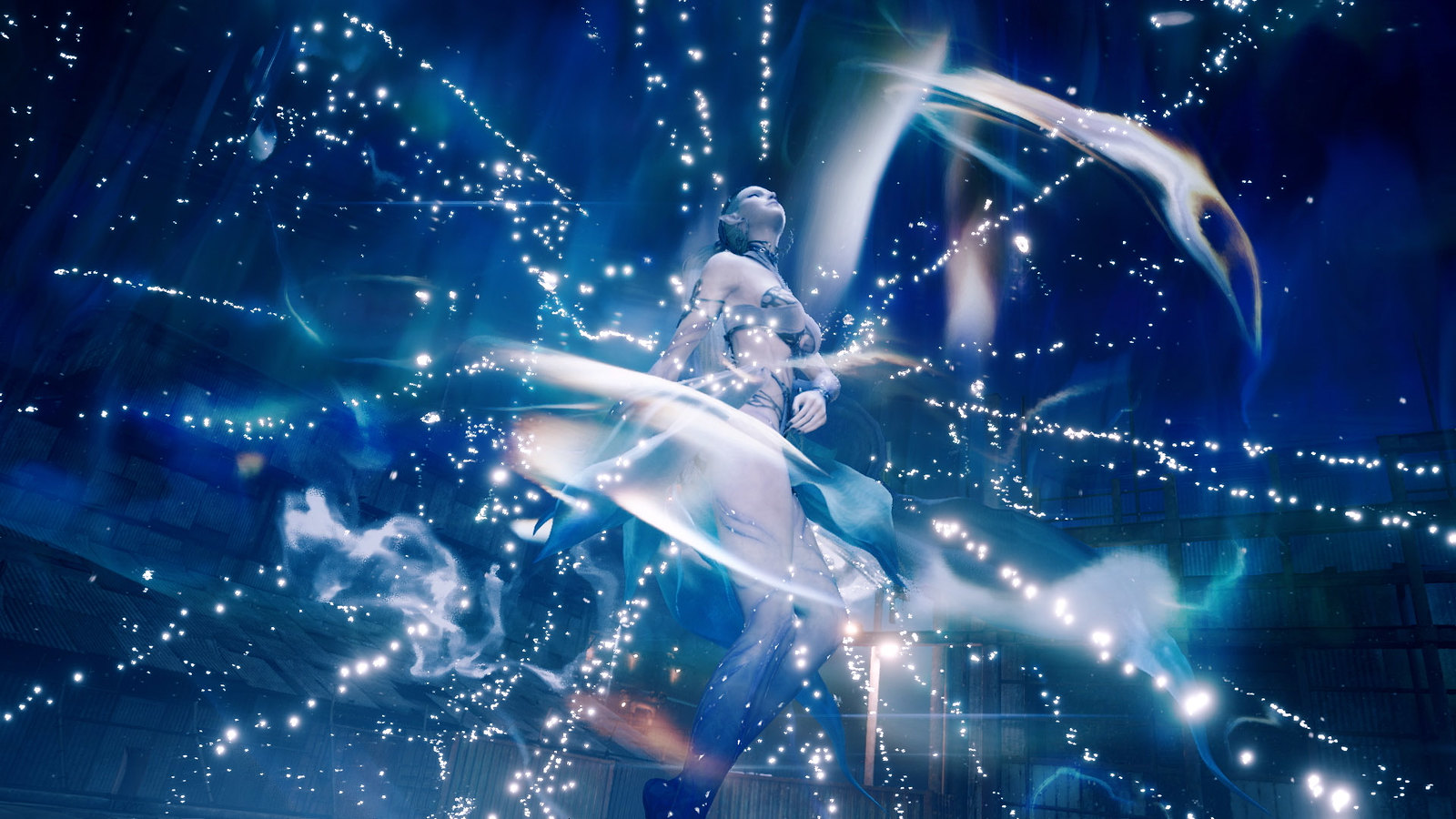 Our idea was to build a system in which the summon would stick around and help you for longer in battle — and even let you control them to an extent. Of course, coming up with an idea and making it happen are two very different things!

We originally tried a new mechanic where each Summon has a personal ATB bar — when the bar filled up, you would be able to give it a command, just as you can for the rest of the characters you control.

And that was the problem. While it achieved the goal of ‘collaboration in battle,’ it made the Summon feel like just another member of the party. It didn’t change the feel of battles in a meaningful way, and lacked the special feeling you want from summoning something strange and powerful.

So we scrapped that system and tried a new approach. This time, players had to consume their own ATB to cast a Summon’s special attacks. This still gave a strong sense of fighting together, but it crucially also felt like something different and special. That was when we finally knew we had got it right. 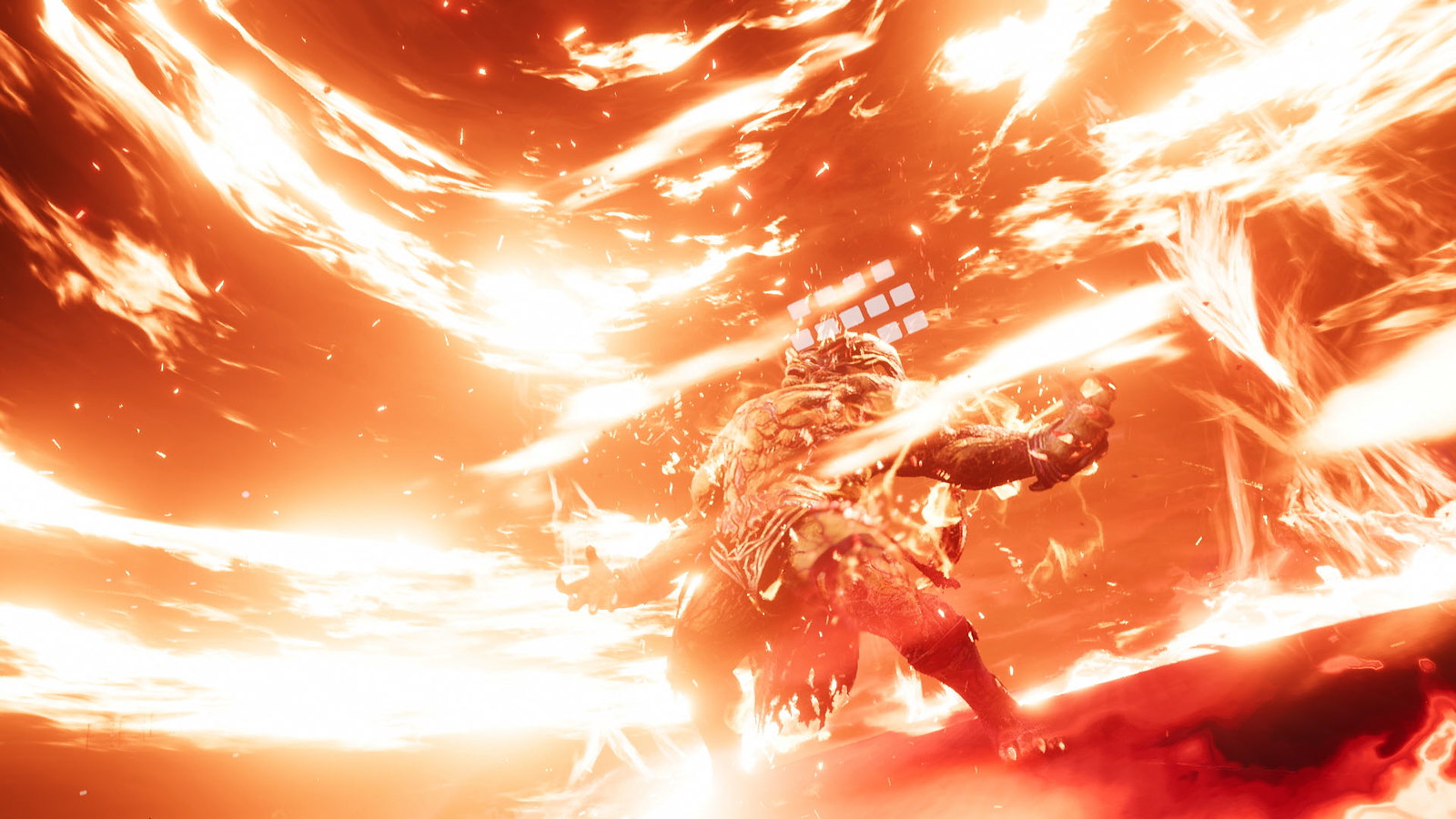 We also implemented another change — you can only Summon during a limited window. The reason we did this is because we wanted to create meaningful moments during battle.

If the player could bring a Summon in at any time, it would just become a part of their usual range of tactics, but by limiting the availability to certain time slots, it becomes much more memorable. It’s an event.

By having no MP consumption to call a summon, as well as limiting the summoning conditions, I feel that we eventually managed to establish a good balance in the battle system overall.

With the system in place, we had to make sure that the Summons looked as good as possible. These are unbelievably powerful, elemental forces so it was vital that their appearance reflect that.

What’s more, six of the Summons that appear in Final Fantasy VII Remake were taken from the original game, so what we came up with needed to retain the same essence as those designs.

We quickly realised that recreating them exactly as they were in the original wouldn’t have been good enough for today’s graphical standards. I feel that these magnificent, supernatural and majestic beings would have looked quite weak.

So as you can imagine, we spent a lot of time re-working the ideas from the original game. To demonstrate what I mean, here’s a look at some of the designs for Bahamut.

As you can see, we thought long and hard about both how Summons and their special attacks should look.

This version of Bahamut didn’t make the final cut, but it does give you an idea of how much iteration each Summon went through during development!

The final designs — and the one that got away

Our ultimate approach was to keep the original silhouettes but added a lot more detail to them. For example, Ifrit is a fire summon, so we expressed his ferocious brutality through cracks in burning lava and black volcanic rock formations.

For Shiva, we changed the original color tones to be cooler and made her look colder by adding a lot of metallic accessories.

In addition, to depict all the summons as these transcendent, supernatural beings in Final Fantasy VII Remake we used lots of glowing particle and other effects to really capture their unique essence.

I’m happy with the final designs – although I do have one minor regret. We actually originally wanted to include Ramuh as a Summon — fans of the original game will remember him fondly! 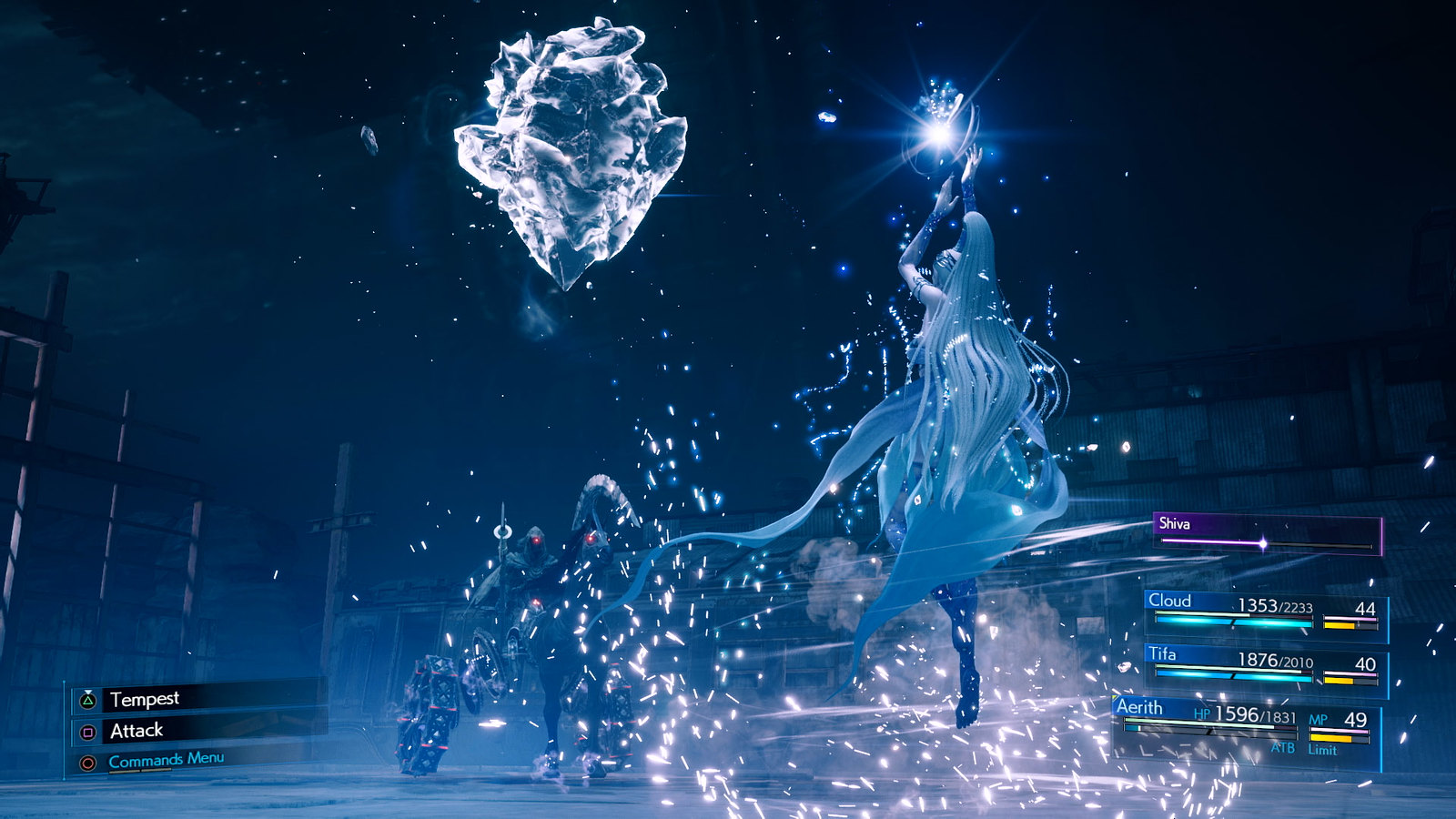 Unfortunately, we had to give up on the idea for two reasons. Firstly, we thought there would be fans who would like to use Leviathan in Mako Reactor 1 like you could in the demo for the original game. Secondly, we also thought that fans would be disappointed if they could not see Bahamut in a Final Fantasy game — I know I would be!

So unfortunately, Ramuh doesn’t appear in the game – but he’ll definitely be in the running next time we make a decision on what Summons to use!

How we made Summons feel rewarding

As well as feeling special and looking good, there was another element we had to consider too. Summons have a role beyond simply helping in battle. In both Final Fantasy VII Remake (and most of the other games in the Final Fantasy series) they’re a reward for the player.

The original Final Fantasy VII featured multiple Summons, many of which were earned by exploring carefully, or completing difficult side quests or battles. In the remake we wanted players to feel an even greater sense of achievement when they got some of them.

To do this, we set a clear rule very early in development — you can only obtain a new summon materia if you can defeat that monster in battle.

Once we had made the decision, we faced a new challenge — how do we actually present players with these encounters?

It wouldn’t make sense for Cloud to simply run into them. After all, in the lore of Final Fantasy VII, these fearsome creatures are the embodiment of ancient knowledge condensed in materia — they’re not exactly wandering free in Midgar!

That’s when we hit on the idea of VR battles.

The concept already had precedent within the Final Fantasy VII universe — it was supposed to be used for training SOLDIER operatives in Crisis Core: Final Fantasy VII (a prequel to the original game released in 2007 for PlayStation Portable). We saw an opportunity to pay tribute to that in the new game. 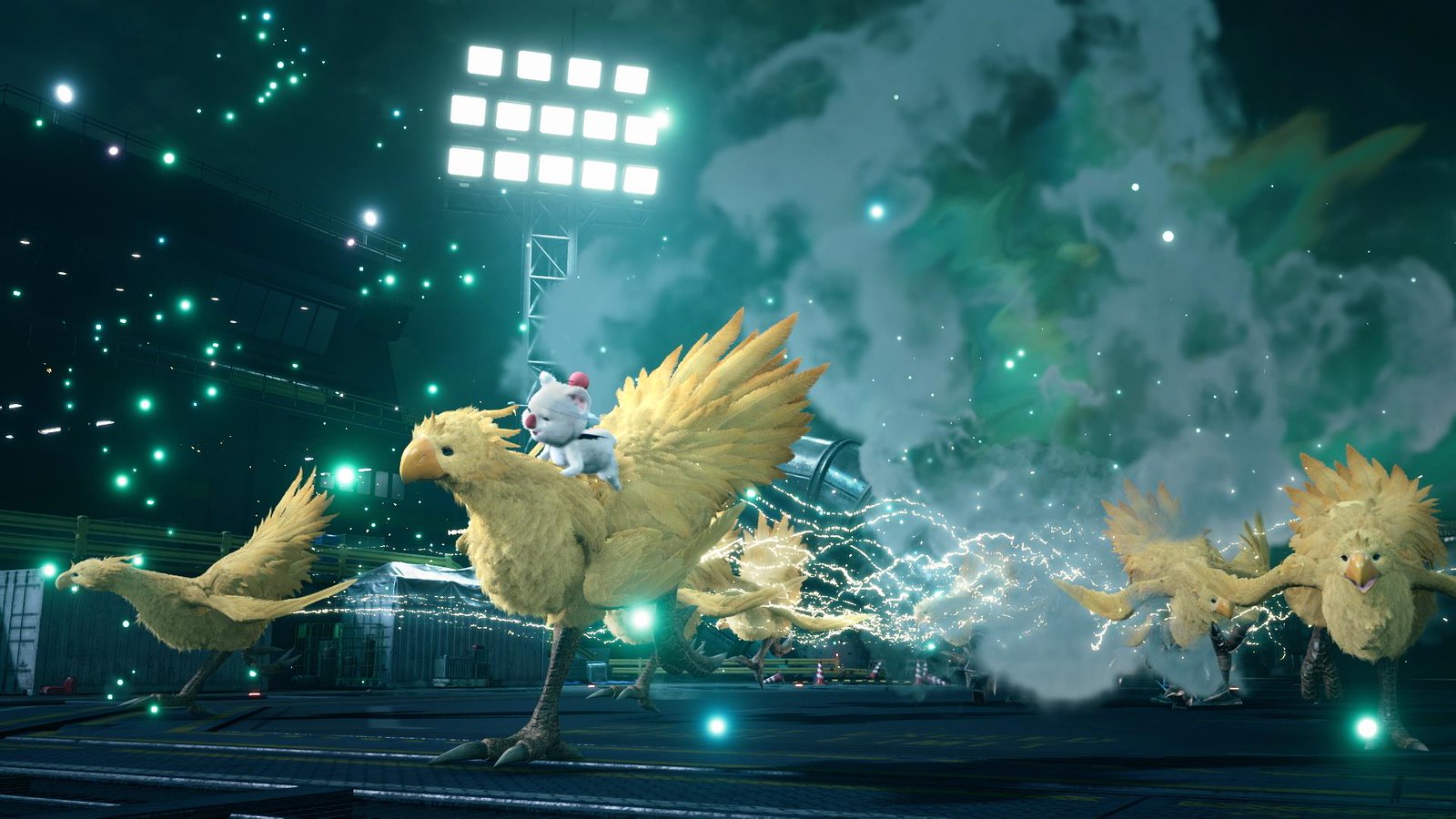 We thought that by analysing the knowledge contained with materia, Shinra’s researchers would be able to recreate the summons in a virtual environment. Then, by entering VR Cloud and the rest of the party could face off against these foes in a really fun, exciting way.

Of course, when you solve one challenge, another one inevitably rears its head! Now we had to find a way to actually deliver these challenges to the player. If the Shinra Building was the only place where a player could use VR, that would have meant you wouldn’t get any summon materia for most of the game!

The solution lay with the character of Chadley.

Chadley is a character you meet in various locations in the game. He’s a researcher for Shinra’s science division, though he has no love for the company he works for. If Cloud’s group helps him with his research, he’ll aid them in their struggles with new, powerful materia.

Considering his connection to Shinra, it would make sense that he would have access to its technology. Giving him a portable headset style battle simulator meant that we could provide access to the summon battles at various points in the game, in a way that makes sense within the setting of the game.

To tell you the truth, we got the inspiration for the portable battle simulator from PS VR! We even used an image of the PS VR headset as a reference when creating the design for the headset!

I hope you found that look into the Summons of Final Fantasy VII Remake interesting. I’m personally very pleased with how the system turned out.

All of us on the development team put a lot of passion and effort into this aspect of the game, and I hope you enjoy using it.

Final Fantasy VII Remake is out now on PS4.

No Straight Roads Pits Rock Against EDM Later This Year