Those Who Remain is a psychological thriller that appeals to the primal fear of the dark.
It’s an emotional journey through a broken man’s mind and a town shrouded in darkness, that’ll have the player question his beliefs and hopefully achieve a good ending.

Talking about journeys, it’s been a long one for us, our three-man development team. We started this project more than three years ago, and one of our clear aims was to do something different, by creating a game that could bring something new to the horror genre. To say we are excited to have the game release today, on PlayStation 4, would be a massive understatement. 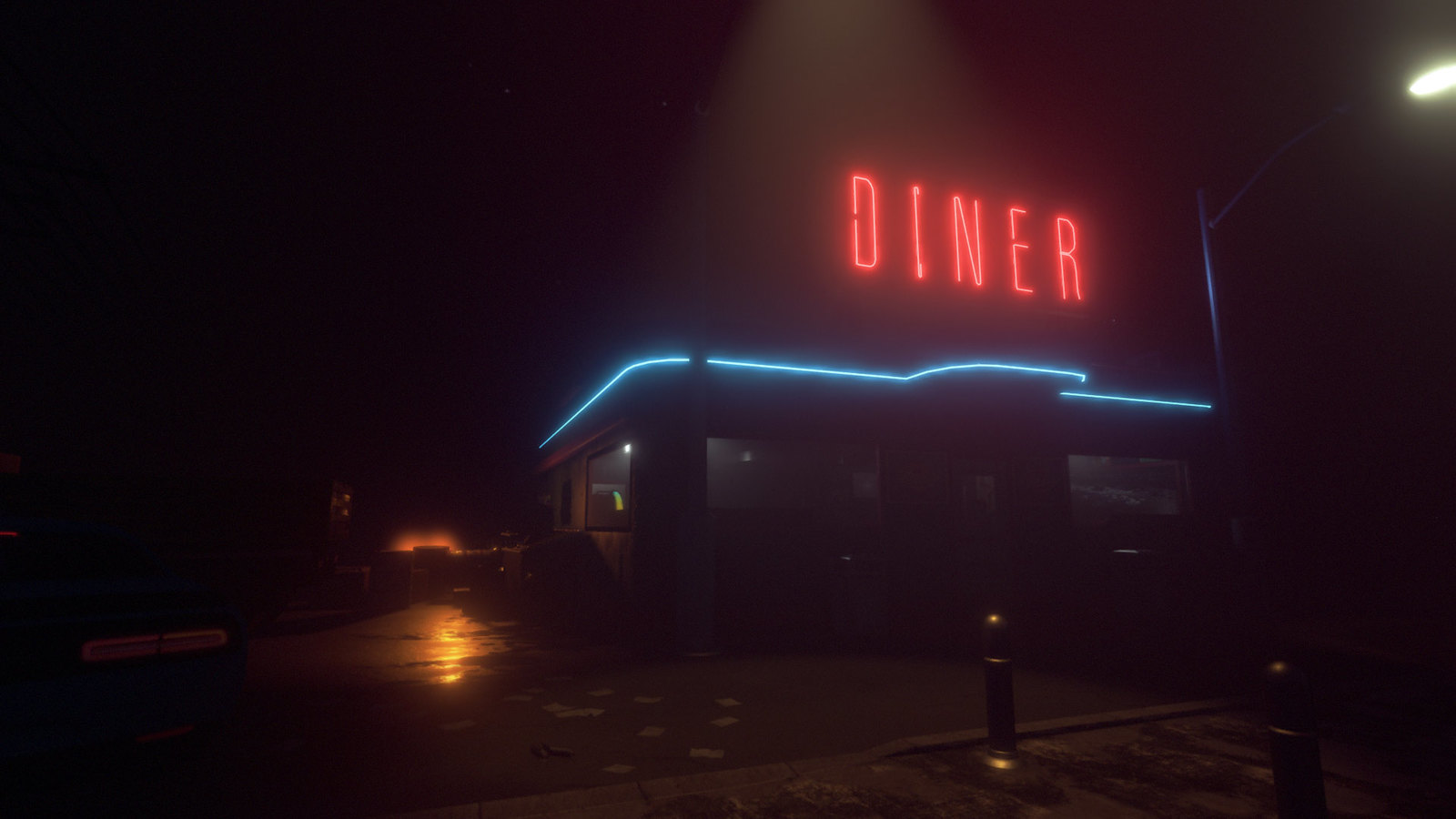 When we set out, one of our important goals was to create a scary game without resorting to jump scares. I don’t have anything against jump scares per se, but I feel that it is an overused trick, both in videogames and movies.

A jump scare only lasts for a moment. A frightening experience cannot be built around isolated moments, especially when the player is expecting something to happen when he opens a door or turns around a corner. After a while, it gets predictive, loses its impact, and for me, it gets annoying.

With Those Who Remain, we set out to create an environment that would be tense and oppressive, that could be scary in itself. The main premise of the game is that the player cannot go into the dark. There are strange shadowy figures roaming in the darkness, who will kill whoever gets close. Light is the only thing that scares them away. 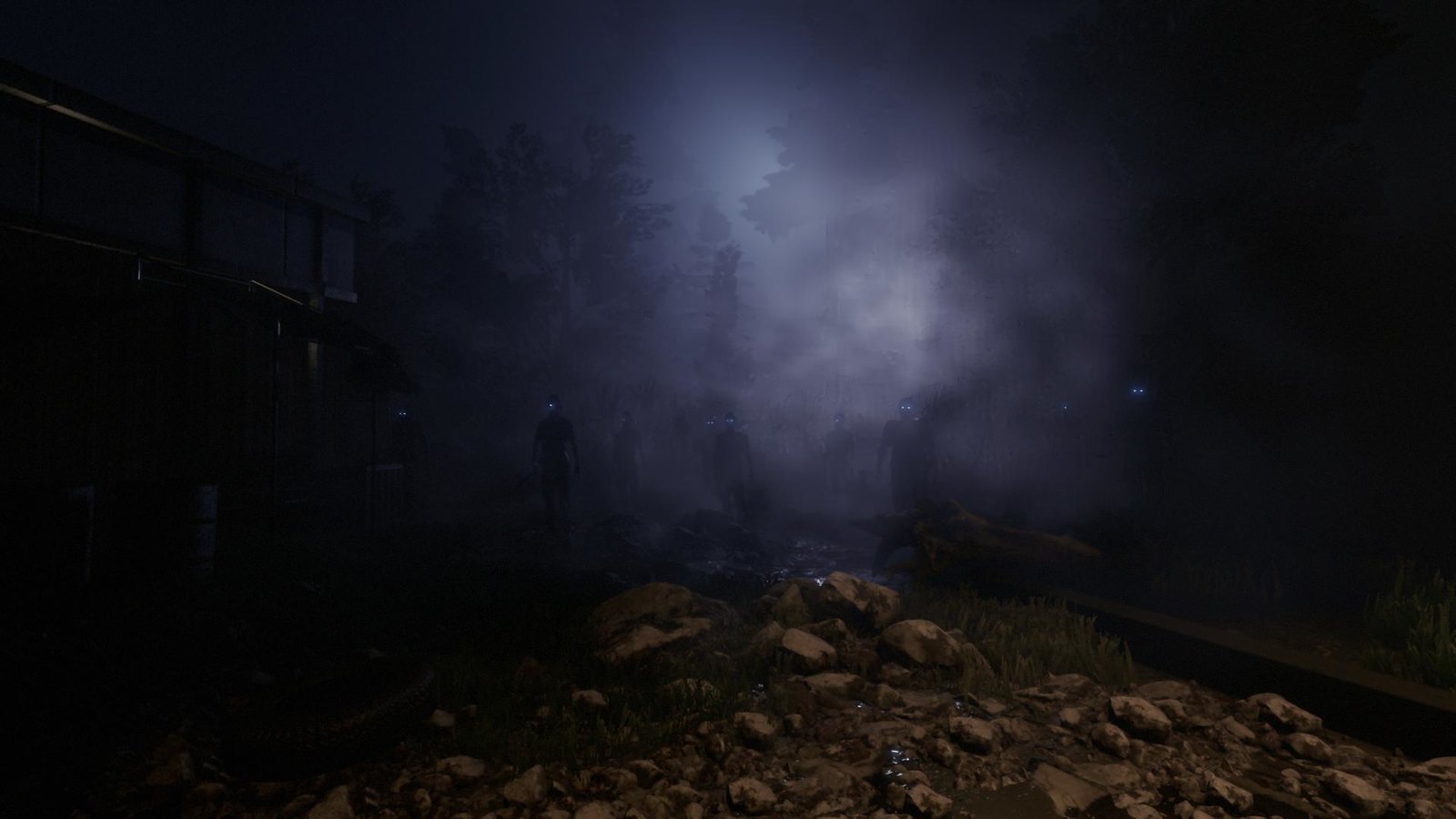 Everywhere that it is dark, the shadow figures are there. And with the action taking place in a town shrouded by darkness… there are a whole bunch of them around.

This means that the player is always surrounded by them, constantly being watched, their gaze always following.

And while light provides an apparent safety, one knows that all it takes is for a lightbulb to fail…

As the player gets used to this, we introduce new creatures and mechanics. Previous rules will be shattered, forcing the player to adapt and rethink their strategies.

We don’t need to show severed heads to enact fear. We just need to stimulate the right emotions. Gore can have more shock value, but we believe it is the  psychological that can have a longer effect.

Mix fear of the unknown, fear of the dark and fear our own human emotions (the character’s) and you’ll get Those Who Remain.

That is not to say that we do not have monsters or sequences where the player has to hide. We do, but that is not the basis of the game. 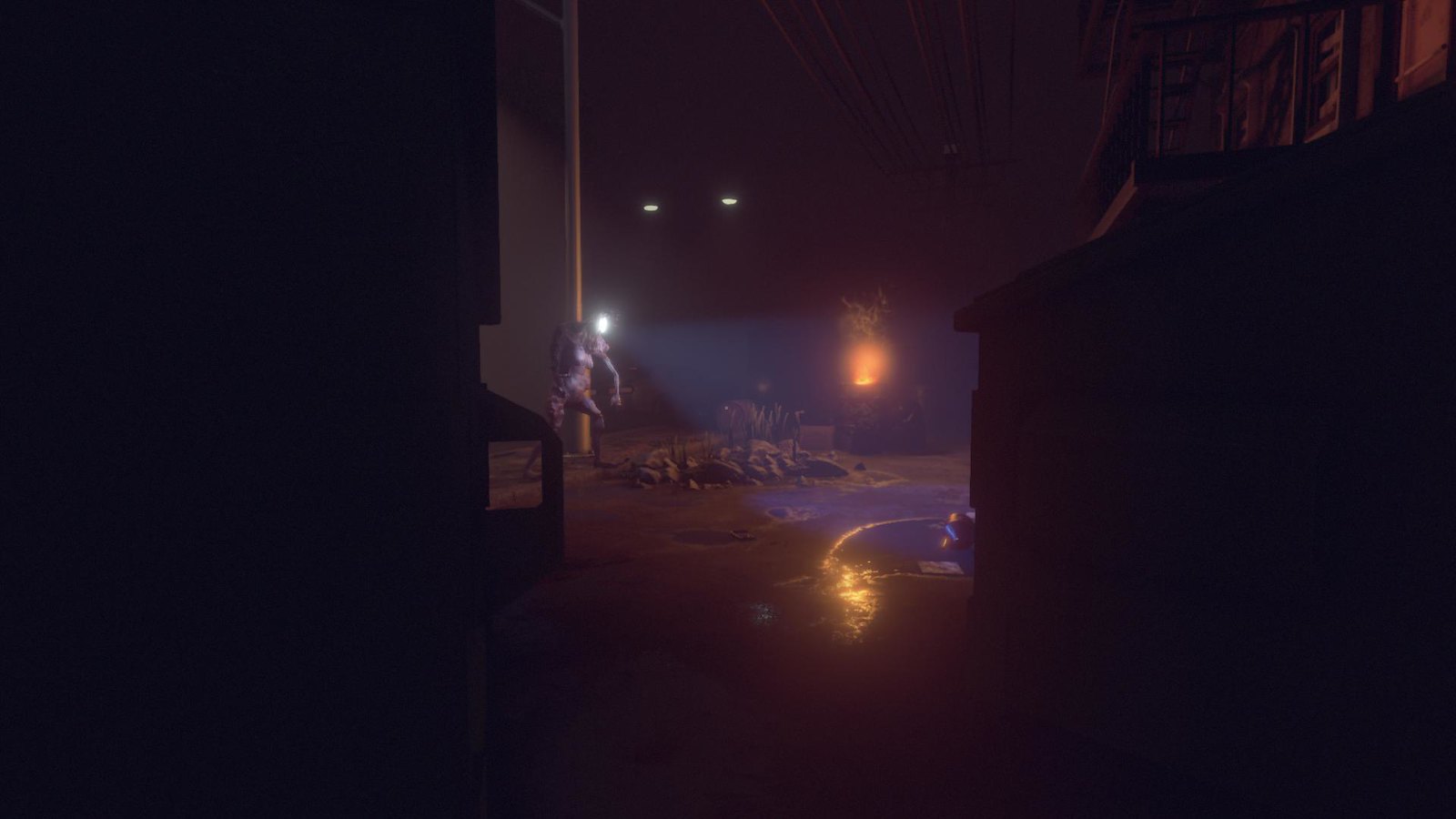 Oh, and did I mention unknown?

This town has a connection to the ‘other place’, an alternate reality that looks like a twisted version of our world. Just like a mirror, both realities are connected. What happens in one place affects the other.

The shadow figures do not exist in the ‘other place’, but there are other dangers there, and the rules are different when you cross over.

We didn’t just want to have a scary setting, though. We wanted to tell a meaningful story, in a way that we could address sensitive subjects that we feel that should be talked about more openly in society, like bullying and suicide. 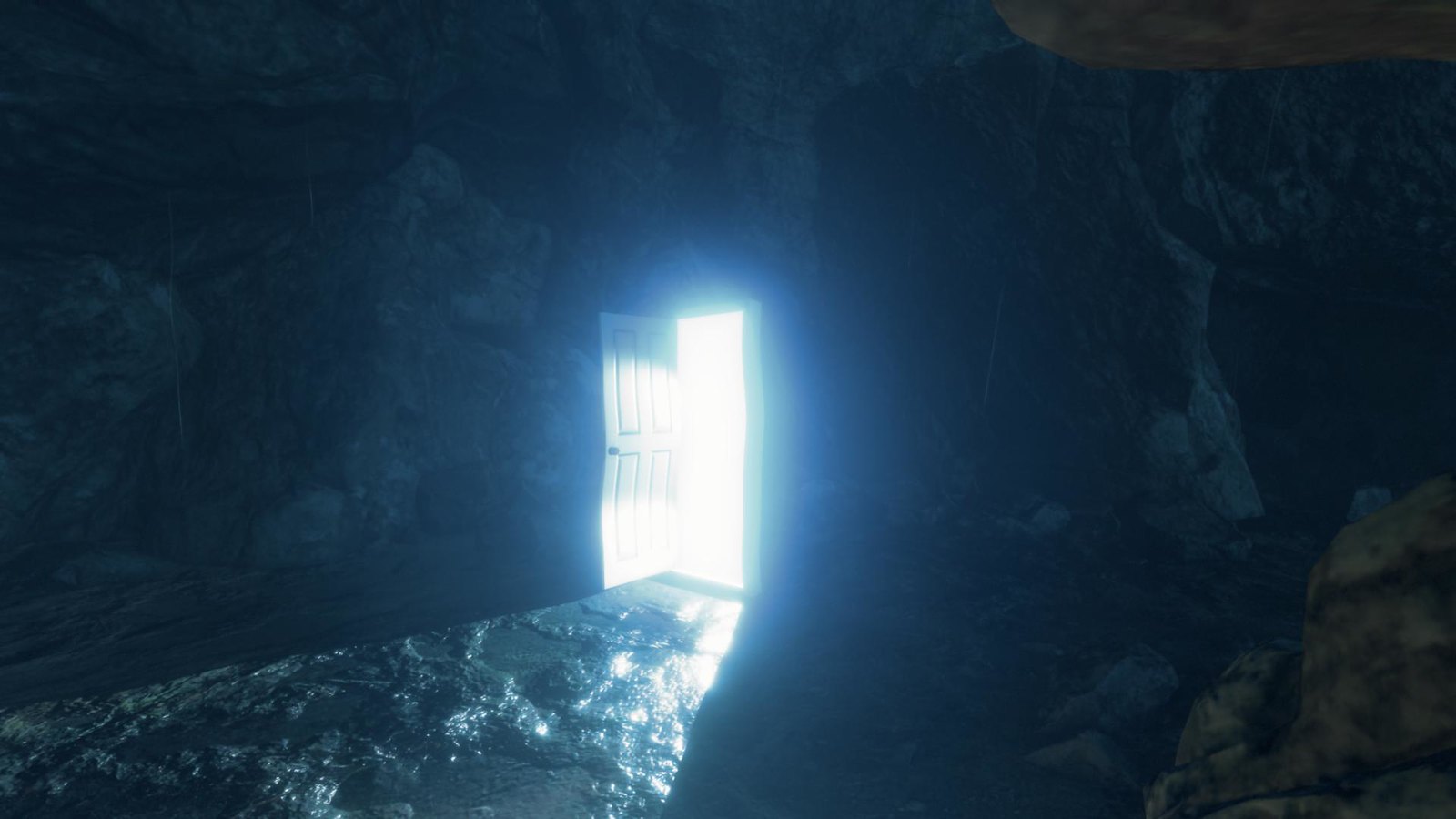 The characters support the story. We do not have good and evil characters. We have people who made a few bad choices or actions. But something led them to that. No one in Dormont is evil just because the narrative needs that person to be evil. Even the villain is not completely evil. His actions are debatable too. We would love to hear your opinion after playing the game.

Even though this is an original story, you’ll probably get some familiar vibes while exploring Dormont.

The setting is heavily inspired by Twin Peaks and Stranger Things – while not exactly horror, both feature that kind of small American town with dark secrets that we wanted to have here. 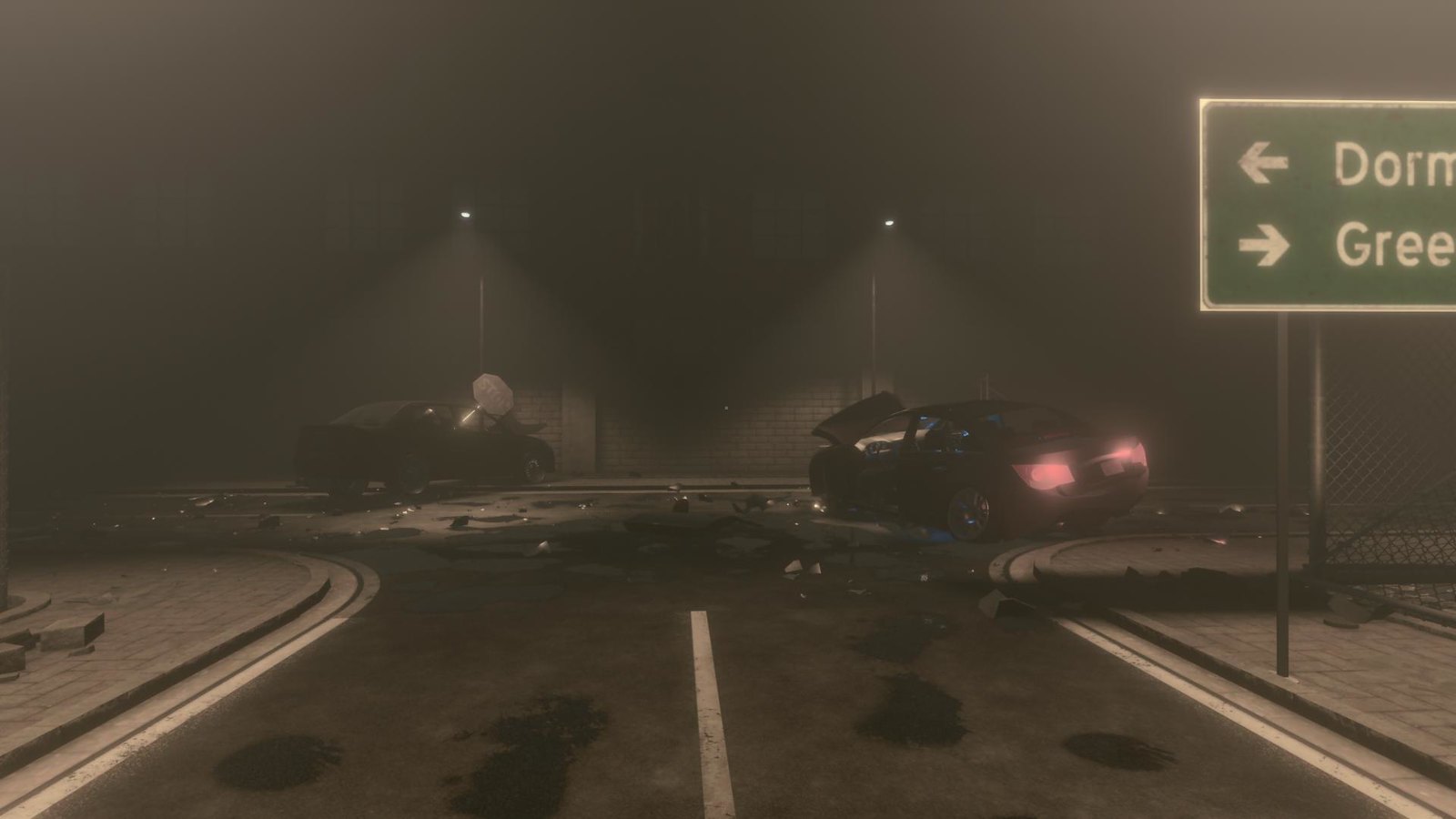 We are huge horror geeks, and we placed a few references and Easter eggs throughout the game. We had a lot of fun placing them — we hope you will have fun finding them.

Most of all, we hope you enjoy your trip through Dormont.

Remember that some things are not what they seem, and that every action has a consequence.
It is up to you to decide if Edward has a good ending, or not.

We are incredibly excited to open the doors to Dormont and let you in.

Oh, don’t forget to leave a light on.