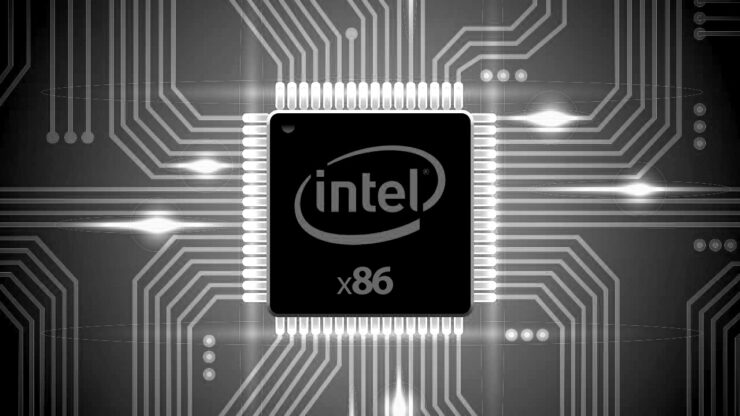 It appears Intel is getting ready to roll out a new branding for its mainstream processors by the name of EVO. The trademark was spotted by the Twitterati and are widely believed to represent the company’s upcoming Alder Lake platform. We can also speculate that the designation EVO has something to do with the word ‘evolution’ because of the drastic shift to big and small cores that Intel will be rolling out with Alder Lake. A compilation of the trademarks is provided courtesy of Videocardz.com

Intel has been using the traditional branding for quite a while now and the new trademarks spotted appear to reflect an aesthetic shift in the company’s brand identity. The distinctive arcs that circled the Intel logo are gone and in its place is a minimalistic and modern looking Intel logo. As you can see, its not just the EVO series branding that has received this treatment – pretty much all Intel logos will be updated. 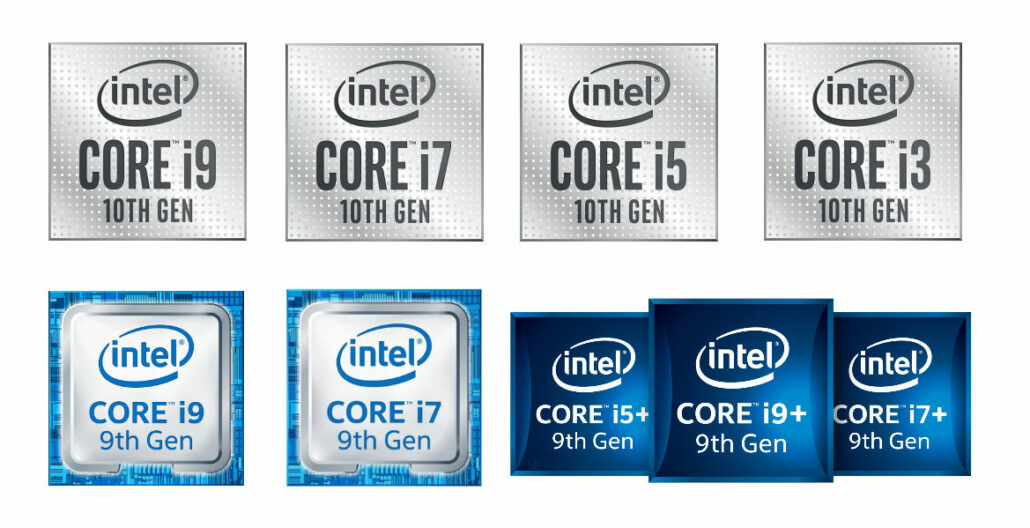 A compilation of Intel’s old logos, courtesy of Videocardz.com

The “i” designations have now been moved to the bottom right corner and will the overall design is more square than before. Considering both Intel CORE and Intel EVO models are there, it might be that [warning: speculation] the i3 series does not get the big small treatment and only i5s and above will receive it [/speculation]. Alder Lake is slated for arrival in 2H 2021 and will coincide with a massive shift in Intel’s operations and structures as it starts reaching out to third-party foundries to keep pace with the industry.

Alder Lake could turn out to be a game-changer for battery life as the company can use the small cores to conserve power and drastically extend battery life when compared to traditional large cores that AMD and Intel have been using so far in laptops. You know how long smartphones last? Well they use the exact same technique and we might be looking at laptops that last well into 2 days without charging with this tech. Innovation is always good for the market and with the stiff competition, Intel is facing from AMD we expect the pricing on this to be great as well.

The desktop side of Alder Lake, called Alder Lake S will have up to 125W TDP and up to 8 big cores + 8 small cores. Depending on whether or not you can use all cores simultaneously, this is either an 8 core design or a 12-ish core equivalent design in terms of power. The presence of small, highly power-efficient cores will allow the company to reduce standby and idle power consumption as well as menial loads (like light browsing etc).

According to the data posted by the source, Alder Lake series platforms would be:

There is also an Alder Lake P which could probably stand for the Atom Server series if older Intel P series SKUs are any indication. Servers that have a highly dynamic workload (think servers that can scale client loads) would also benefit from this technology as it would make scaling between light and heavy workloads more power-efficient.

An Intel Alder Lake M is also in the works which is likely going to be the mobility series. This is the one we are most excited about. The presence of light cores would allow the company to extend the battery lives of laptops significantly as they would no longer have to engage the heavy cores for light tasks.

A closer look at Skater XL’s controls, out today on PS4