I first met Izzy, Summer, Lucia and Avalon at the inaugural Girls Make Games San Francisco camp in 2015. They were members of the notorious “Team Who Must Not Be Named” (TWMNBN), working on a charming and gruesome murder mystery game entitled “Interfectorem,” which launches at PlayStation Store today. The photo above shows our 2015 Demo Day Finalists, with Izzy, Lucia, and Avalon in the center. 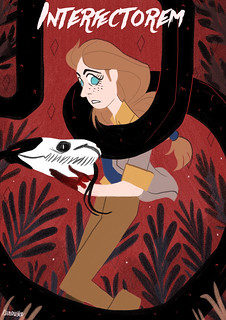 When TWMNBN made it to the Demo Day competition (no surprise there), their pitch blew the judges and the audience away. In just three weeks this brilliant team of middle schoolers had learned pair programming (none of them knew how to code before camp), co-written a script, and even mastered the art of negotiating which game elements would make it to the final game.

Today’s launch is a huge deal, not just for TWMNBN, who fulfilled their lifelong dream to publish a console game, but also for Girls Make Games — it’s our first console title! I had the chance to speak with Izzy Penston, co-creator of Interfectorem, about the origins behind this creepy title and where the idea spawned from.

What is Interfectorem?
Izzy: Interfectorem, which means “killer” in Latin, is a video game that I, along with three other girls, Avalon Brevik, Lucia Plymale, and Summer Benn, made a demo for while at a Girls Make Games summer camp. The demo qualified for “Demo Day” (where a winning game is chosen to be fully developed and released) in 2015, and ended up winning! The game follows Alis, a teenage sheriff-in-training, as she investigates her younger sister’s murder. Huge shoutout to GMG for letting me run with that idea and for supporting a game with a couple of murders, and, of course, allowing a lot of blood and gore.

Where did Interfectorem come from? Where did you get the idea?
Izzy: I wish I could say it was due to my love for thrillers/horror, but I didn’t start enjoying that stuff until recently although I suspect I always was weirdly fascinated by it. I think the idea pretty much just came to me more or less fully formed on the second day of camp. Of course, we tweaked it a bit, but for the most part, it’s from that original idea. 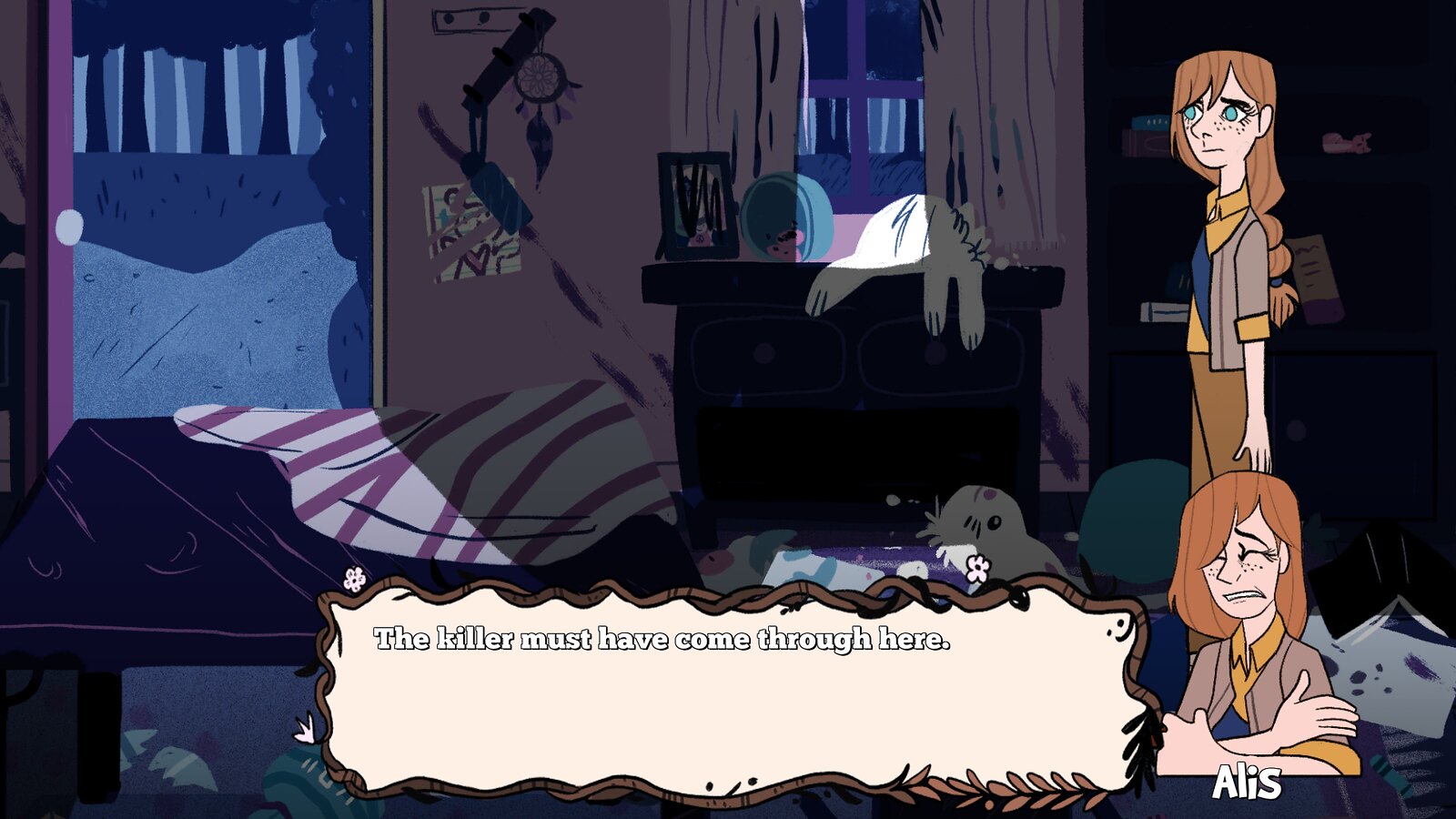 After winning GMG’s “Demo Day,” what has the journey been like to bring your game to life?
Izzy: Myself and the team effectively became game directors. We wrote scripts for each act and then guided the Girls Make Games development team in order to bring our vision to life. It was an amazingly empowering experience and I’m so grateful to Girls Make Games that I got to create a story like this so young.

Did the final game evolve from the original pitch and concept?
Izzy: Yes, definitely. In the original game, the only characters were Alis, Sali, the Nymph, Dr. Medicus, Silana, and Isal. Many other characters were added to fill archetypes. Isaiah was added to be Alis’ loyal best friend in addition to a bit of common sense (that often ends up coming off as neuroticism) along with his lovable animal companion Mochi. Ash is Alis’ love interest in addition to having valuable information. The story also changed a bit, but I don’t want to spoil it.

What has being a part of something like Girls Make Games meant for you?
Izzy: When I first heard about the GMG camp I just thought it would be a fun thing to do over the summer but it changed my life in a really awesome way. Before Girls Make Games, I didn’t really know what I wanted to do with my life. I had some ideas but none of them really clicked. I knew I liked video games and writing but I didn’t really believe that something so fun can be a real career.

So going to camp was really cool for multiple reasons. You probably can’t tell, but I am in a wheelchair, and it was really great just to go to camp because I am not able to go to other camps. When you are sitting at a computer it really doesn’t matter if you can walk or not which was very very cool to me. 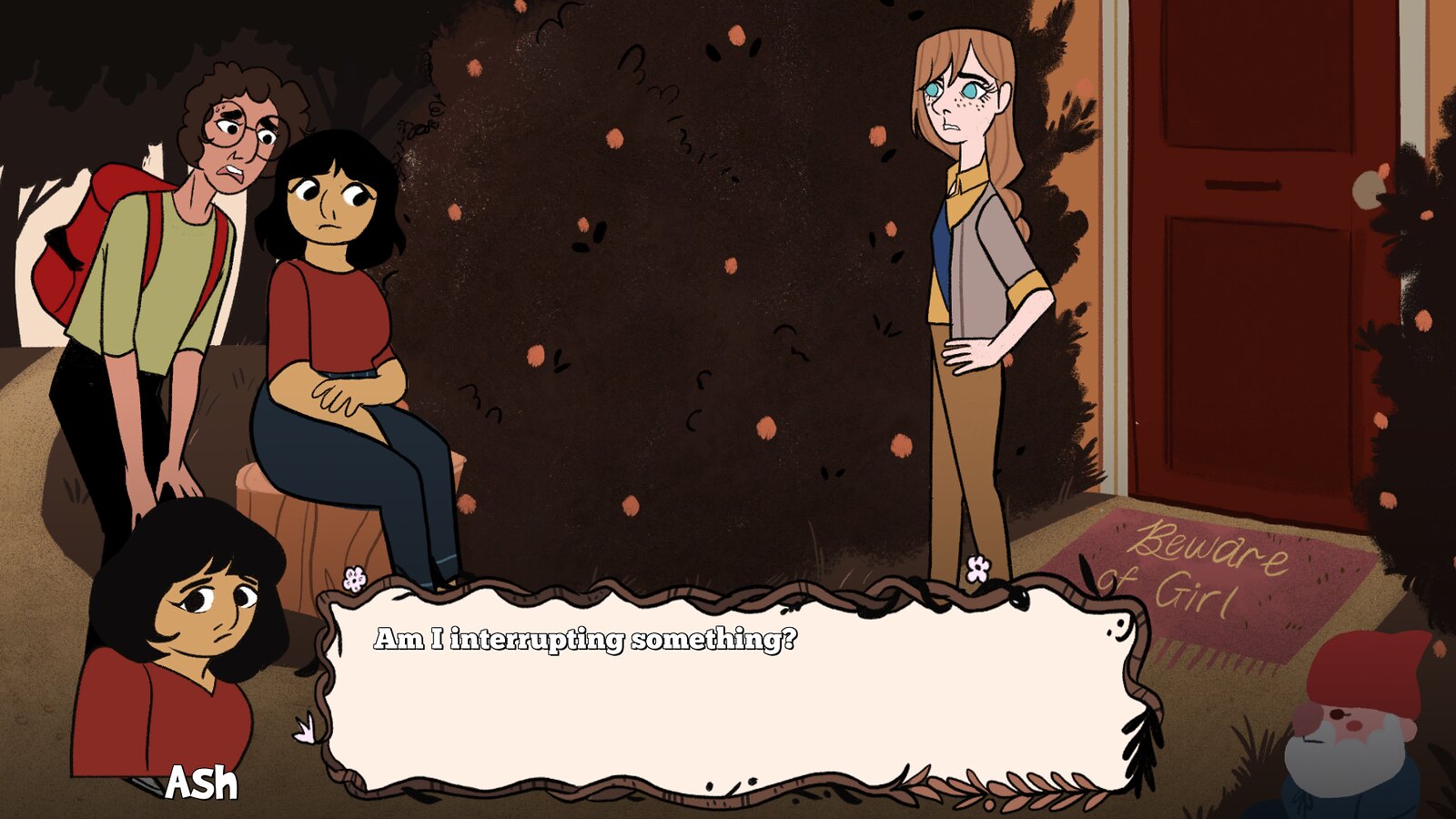 My experience with GMG has given me the confidence to pursue other writing and video game projects. I am currently writing a horror podcast as well as working on a novel and a bunch of short video game ideas such as an RPG. I’m also going to community college majoring in film, and I am really excited to see where all of my projects go and what my future holds.

Everything that Izzy said is why we started Girls Make Games. We want to create a place where girls are given the chance to freely explore the stories they want to tell and to provide them with the tools and the opportunity to do so. With today’s launch of Interfectorem, I’m so proud of Izzy, Summer, Lucia, and Avalon, and can’t wait to see where their paths lead. I hope that more young women, like TWMNBN, realize that they belong and have a home in the gaming world.

I hope you’ll love playing Interfectorem as much as TWMNBN loved creating it. Check out the game at PlayStation Store.