We’re thrilled to reveal Javier “El Mago” Báez as the cover athlete for MLB The Show 20!

Known as “El Mago” which translates to “the magician,” Báez has dazzled the baseball world for years with his enchanting skills that have rightfully earned his nickname. Whether Báez is stealing a base by masterfully evading a tag, making impossible catches look easy or pulling off his signature no look tag; his skills are unparalleled and he always does it with flair and swagger. Báez also produces at the plate, too; in 2018 he hit 34 home runs, 111 RBI’s and a .290 batting average.

“I am so honored and excited to be on the cover of MLB The Show 20. I’ll never forget how it felt when I saw myself in the game for the first time (even as a backup!). It was so surreal. Still, it’s one thing to see your virtual self, but it’s completely next level to be on the cover of a game you’ve played and love. Let’s go!” Báez said.

It’s not just baseball fans that Báez has won over. Even The Show’s 2019 cover athlete, Bryce Harper is a fan. “Javy Báez is a player I love watching because of his talent and flair for the game. Congrats to him on being named the new cover athlete.”

We’re also excited to make another announcement that will make fans of The Show happy. Early Access Weekend is back! Those who pre-order any of the collector’s editions: MVP Edition, the GameStop Exclusive 15th Anniversary Edition, or the PS Store Exclusive Digital Deluxe Edition will get access to the game four days early for Early Access Weekend starting on March 13, 2020*! 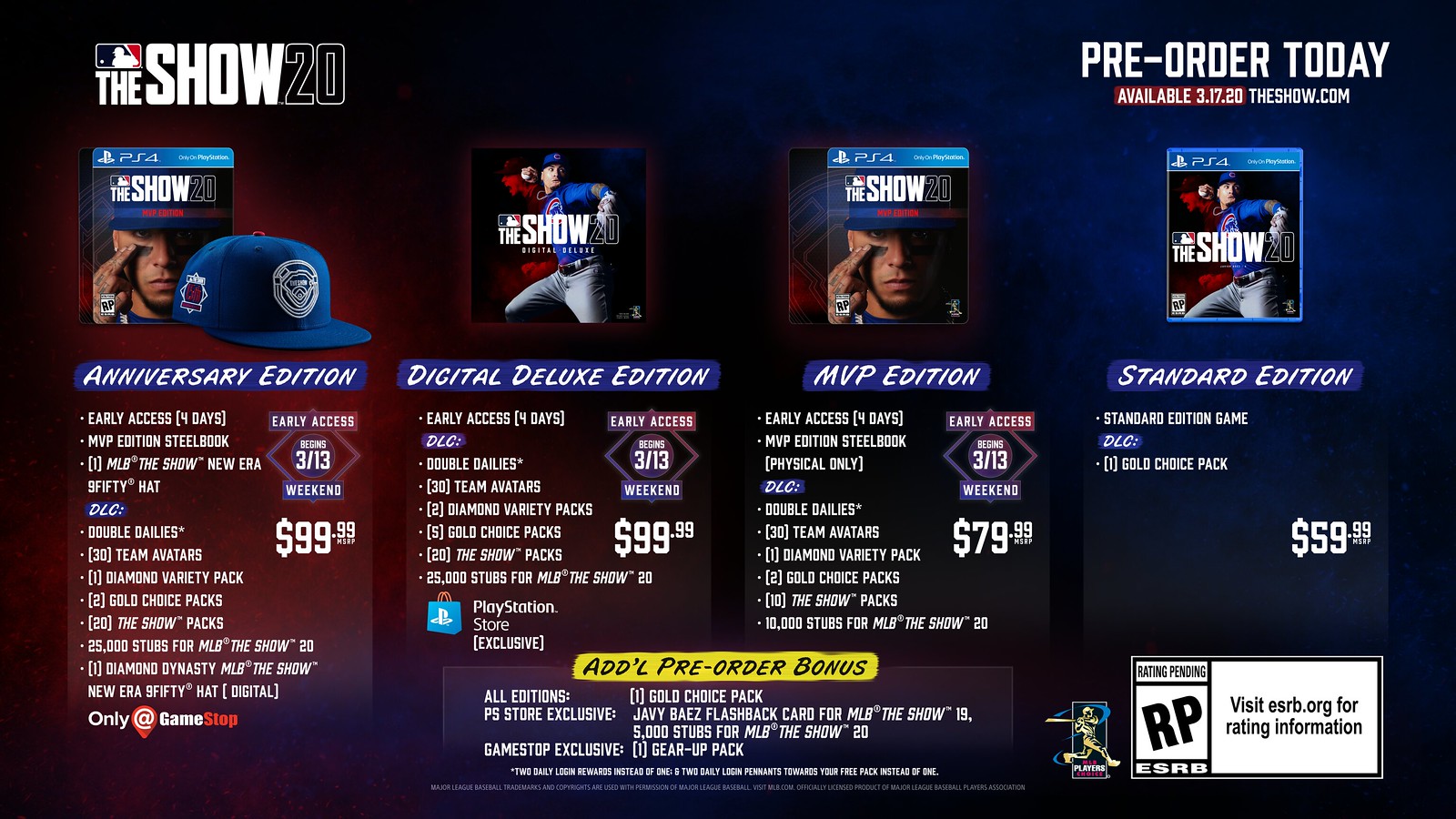 Pre-order now and be ready for action. 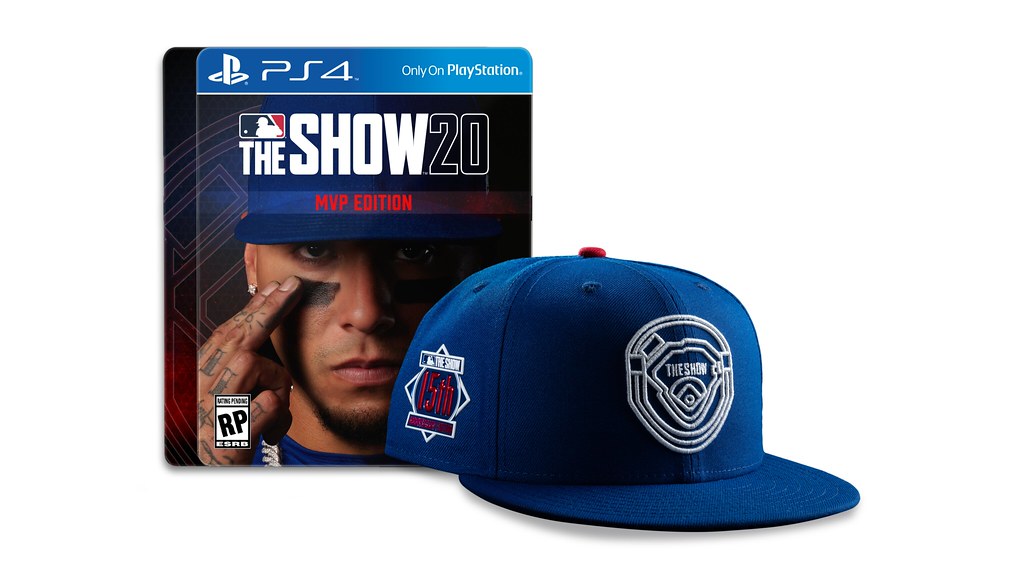 The first MLBTS Collector’s Edition that started it all is back! This 79.99 USD/99.99 CAD (MSRP) edition not only includes a ton of digital goods, but also four days of Early Access when pre-ordered* and the limited edition Steel Book (physical version only). It’s available for pre-order now physically at retail and digitally at PlayStation Store.

We could not be more excited for our 15th Anniversary. You can look forward to a lot of new in The Show 20. A new class of Legends join the roster, and new ways to play, including some new ways to play with your friends! Please make sure to watch The Show Nation, our Twitter, Facebook, and Instagram accounts for the latest updates.
*At participating retailers.