Since we launched the micro-strategy game Kingdom Two Crowns, monarchs have been building their Kingdoms in the classic medieval and feudal Japan-inspired lands. While we have many ideas on new locations, especially historical settings, our first new setting since launch is inspired by a fan-favorite. Every year in the prequel title, Kingdom: New Lands, we have a Halloween event that our players love. This passion for a spooky setting made us think “what if we actually create something similar but as a full setting and even darker”?

That led us into the idea of making Dead Lands, a gloomy mystical world with eerie mounts and shrouded in darkness. Building a Kingdom has never been more frightening than this!

Along the way, we met publisher 505 Games at an indie game event and discovered they are big fans of Kingdom Two Crowns! Now, what’s a game they published that is also set in a dark world? Gothic horror action-RPG Bloodstained: Ritual of the Night, of course — published by 505 Games and created by legendary game developer Koji “IGA” Igarashi (a design hero of mine) and his studio ArtPlay. 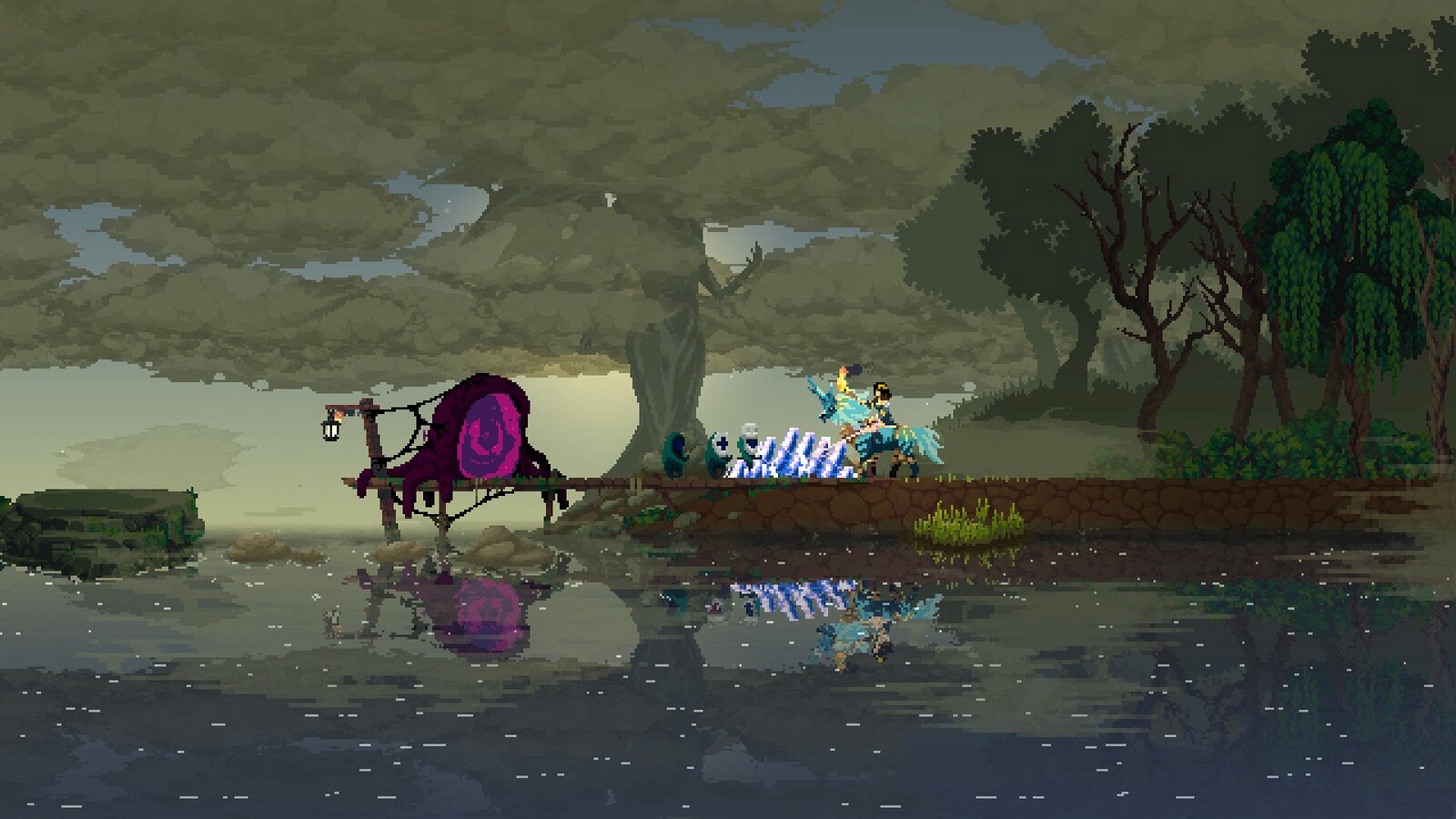 So, the four new playable monarchs of Dead Lands all come directly from Bloodstained: Ritual of the Night! These new characters include Shardbinder Miriam and three unlockable characters — demon hunter Zangetsu, summoner Gebel and alchemist Alfred. This challenged us to add these action-oriented characters and led to a big new feature for Kingdom. Now players will not only be able to change their mounts as they explore and expand their Kingdom, but they’ll also be able to unlock and switch between these four different characters, each with a powerful and unique trait that can be used when defending against and eventually overthrowing the Greed.

We call Kingdom Two Crowns’ visual style modern pixel art aesthetics. Inspired by retro video games, but without the limitations of that era. Think improvised visual effects, more sprites on screen and intricate lighting system. The world of Bloodstained has the special retro-inspired 8-bit Nightmare levels in Bloodstained: Ritual of the Night. Recreating the four main characters in the graphical style of Kingdom Two Crowns meant that we could use the retro style as reference, while also having the luxury of adding details and elements based on concept art and the beautiful 3D characters from Bloodstained: Ritual of the Night. 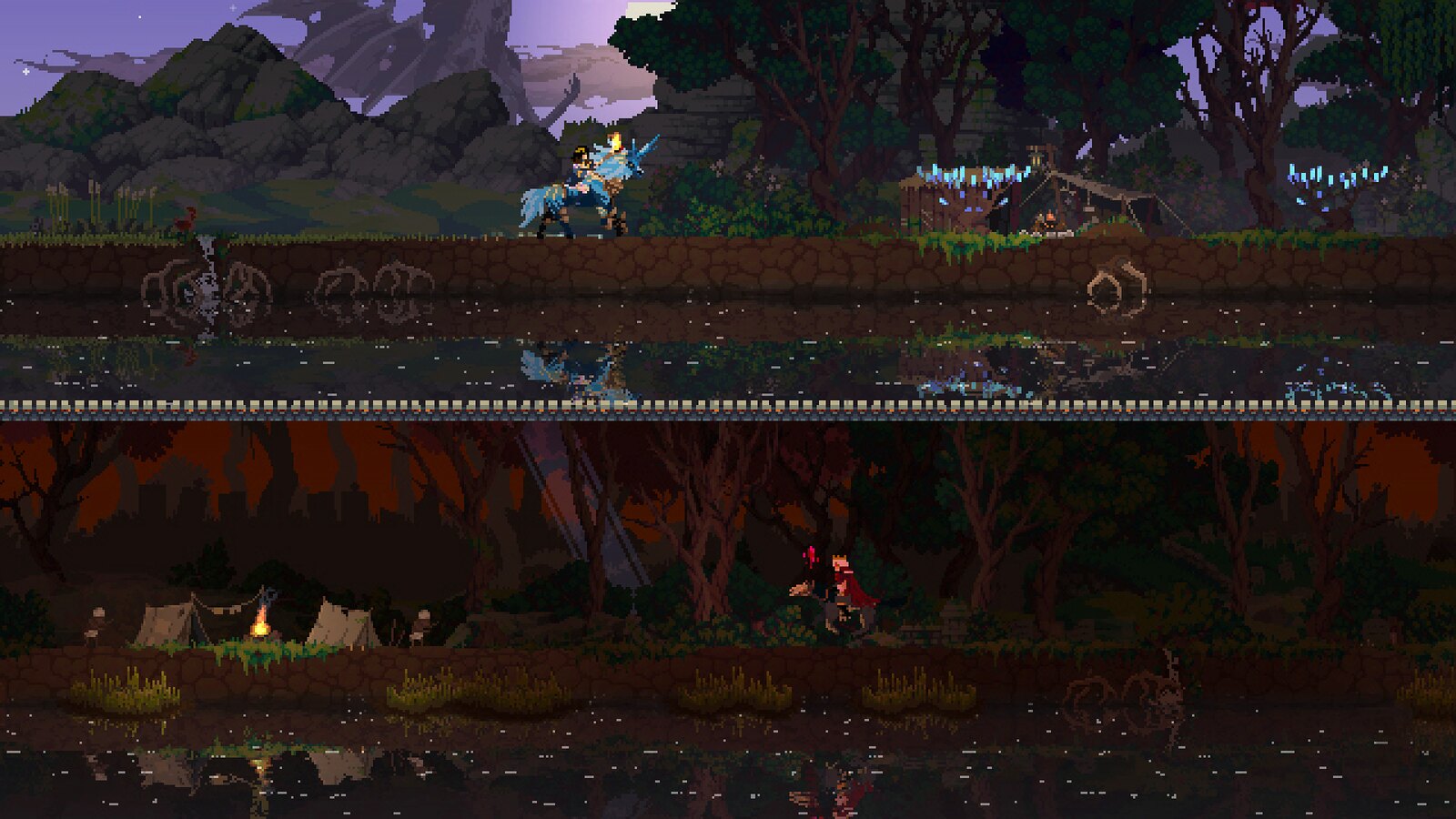 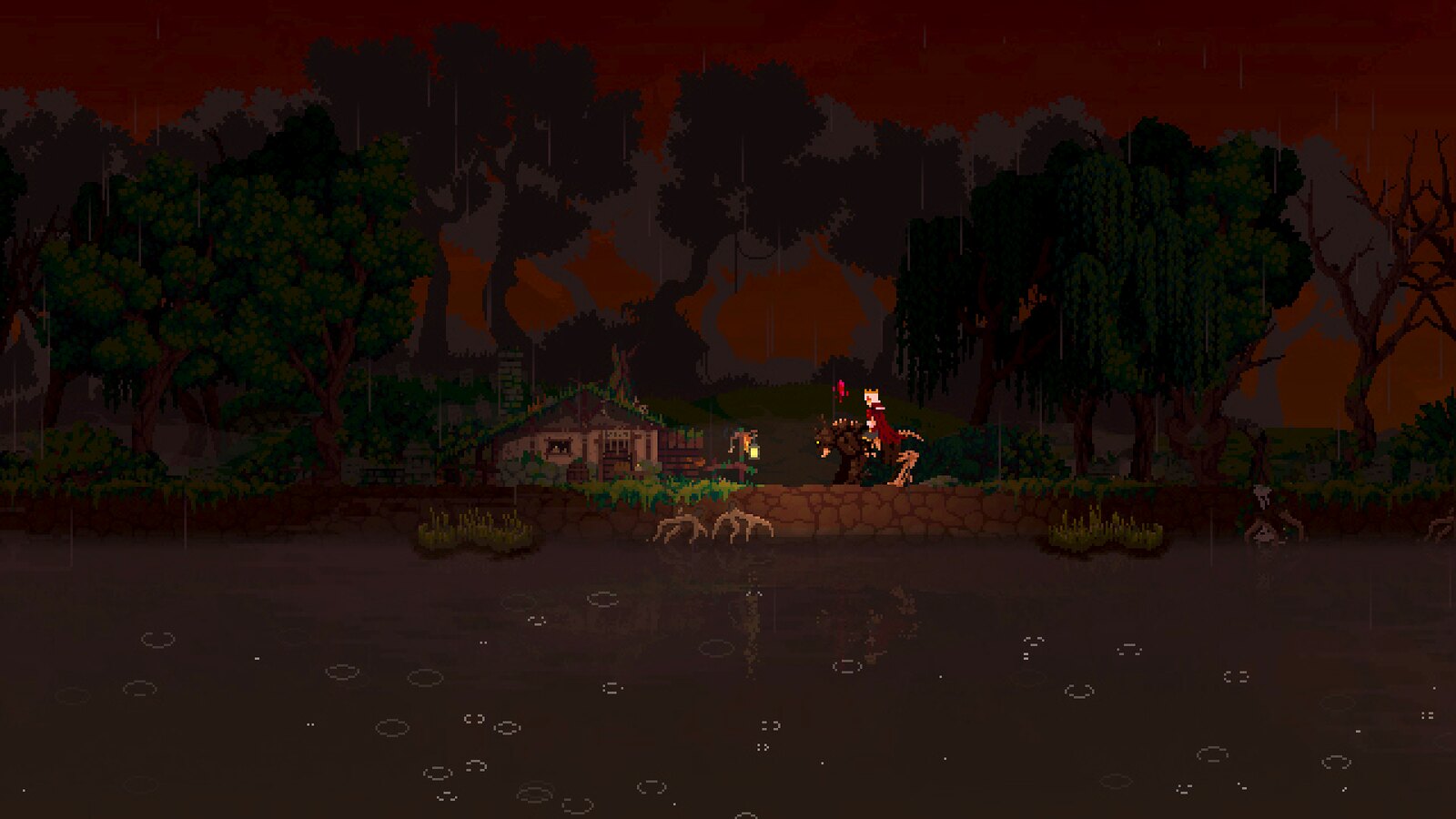 Besides the playable monarchs, you’ll also be able to find the mythic demon horse Gamigin in Dead Lands. And Bloodstained fans might recognize other cameos, take a peek in the background to see if you recognize anything. To set the right mood, the cover illustration for Kingdom Two Crowns: Dead Lands, with Miriam riding the Gamigin surrounded by lurking Greed, is drawn by ArtPlay’s Mana Ikeda, who created the original package illustration for Bloodstained: Ritual of the Night.

Dead Lands also contains many other news, such as new creepy steeds to be found and moon phases that might give a hint to when the next Blood Moon will arrive…

Kingdom Two Crowns is published by Raw Fury, developed by Fury Studios, Coatsink and Gordon Van Dyke from Stumpy Squid. Bloodstained: Ritual of the Night is developed by ArtPlay, Inc. and published by 505 Games, S.p.A.

Fight Evil Robots as a Dog Samurai in Dogurai, Out on PS4 Tomorrow