In a round of Hunt: Showdown, listening closely could save your life. Distant gunshots, the scream of a Hive, the cawing of crows, the barking of mad dogs, or the crunch of glass just behind you: the sounds of the world are what will most reliably alert you to danger — and there is danger everywhere. 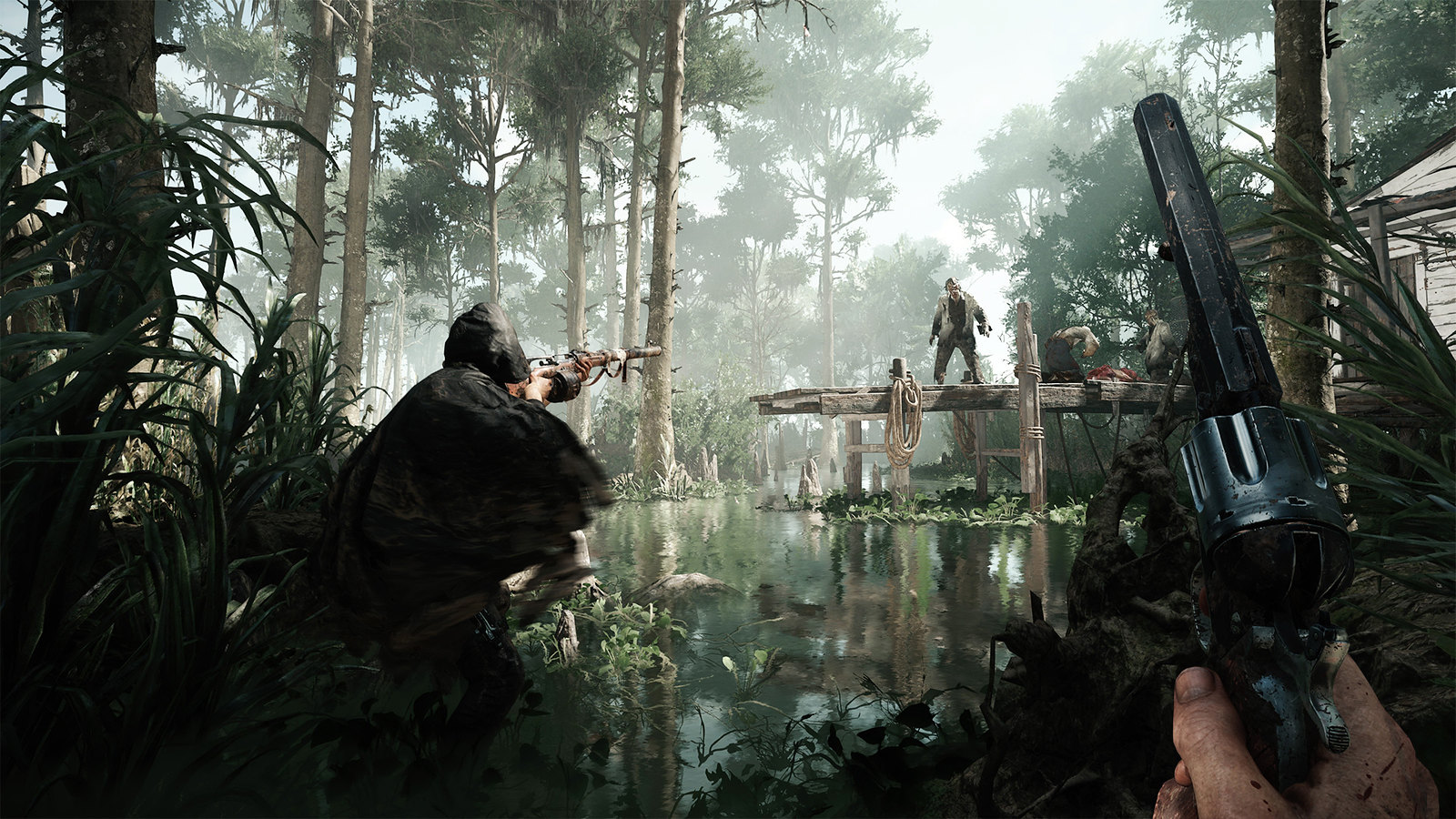 What was your general approach to sound design?

Florian: We built Hunt’s soundscape around three pillars: feedback, immersion, and emotion. These three pillars come together to create the full audio experience. Feedback is the audio language that is readable to the player: What was that sound? Where is it coming from? Is it dangerous? We wanted to enable players to make decisions based on the sounds they hear around them.

As for immersion, we want players to really be transported into the world — so 1895 Louisiana — and for that world to be as believable as possible. So the ambience has to reflect the hot, humid weather, and the equipment has to have that gritty, haptic, heavy mechanical feeling of that arsenal back then — both in look and in sound. 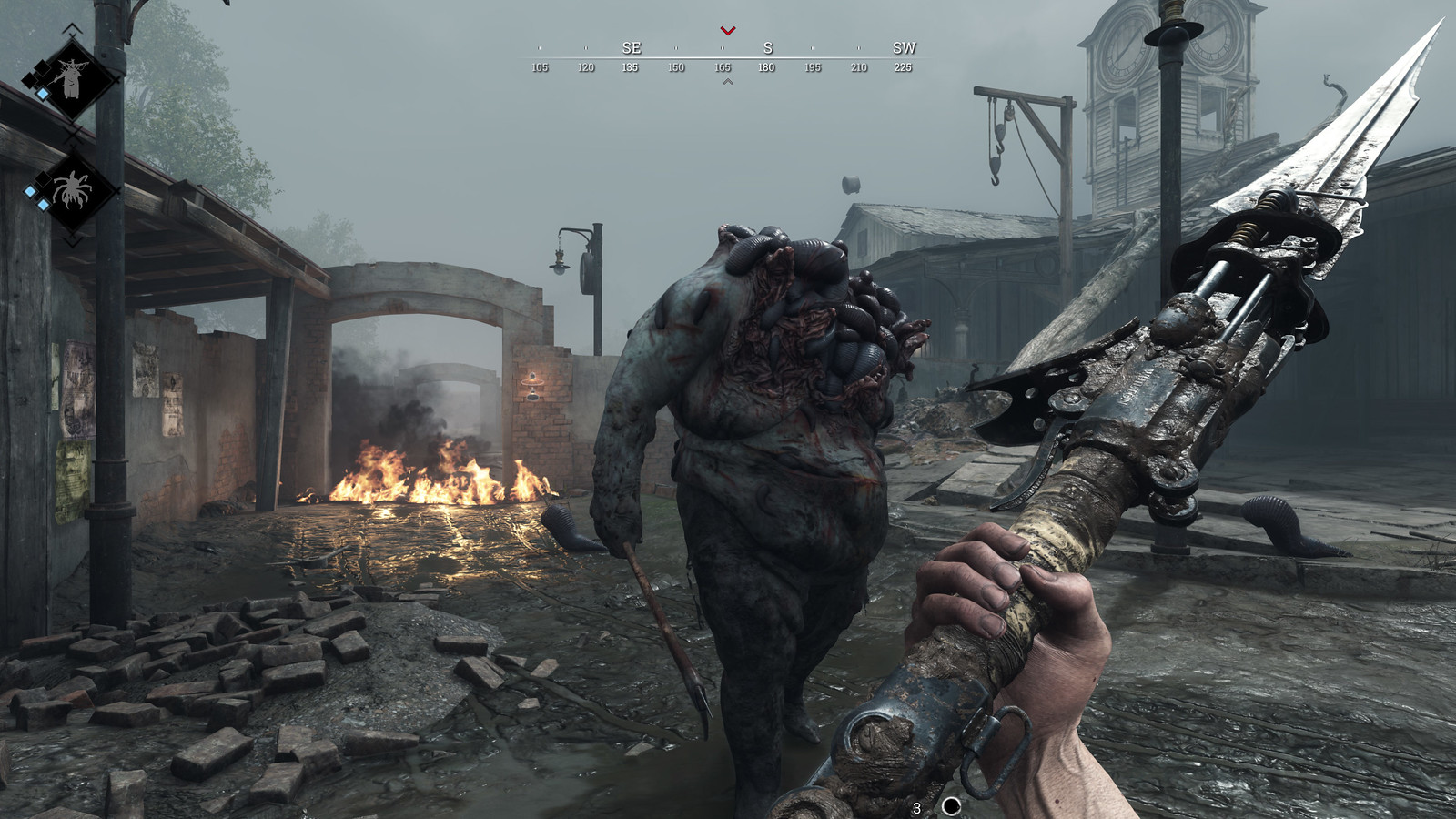 Though grounded in reality, all of the sounds are designed to be larger than life to add emotion to the mix. For example, guns need to sound more beefy to give the player a satisfying feeling of power – or of fear if they are on the wrong side of the barrel. Our monsters and creatures are also not only audibly distinct, but also sound creepy and scary to create an uneasy feeling and tension to keep the players on their toes.

Sound is a big method players can use to track other Hunters, but it also inspires a sense of paranoia. When you hear sounds you know there are other players nearby, and when you make a sound, you know the others can hear you — it’s all pretty tense and it plays a big part in building the games’ tone of supernatural horror. 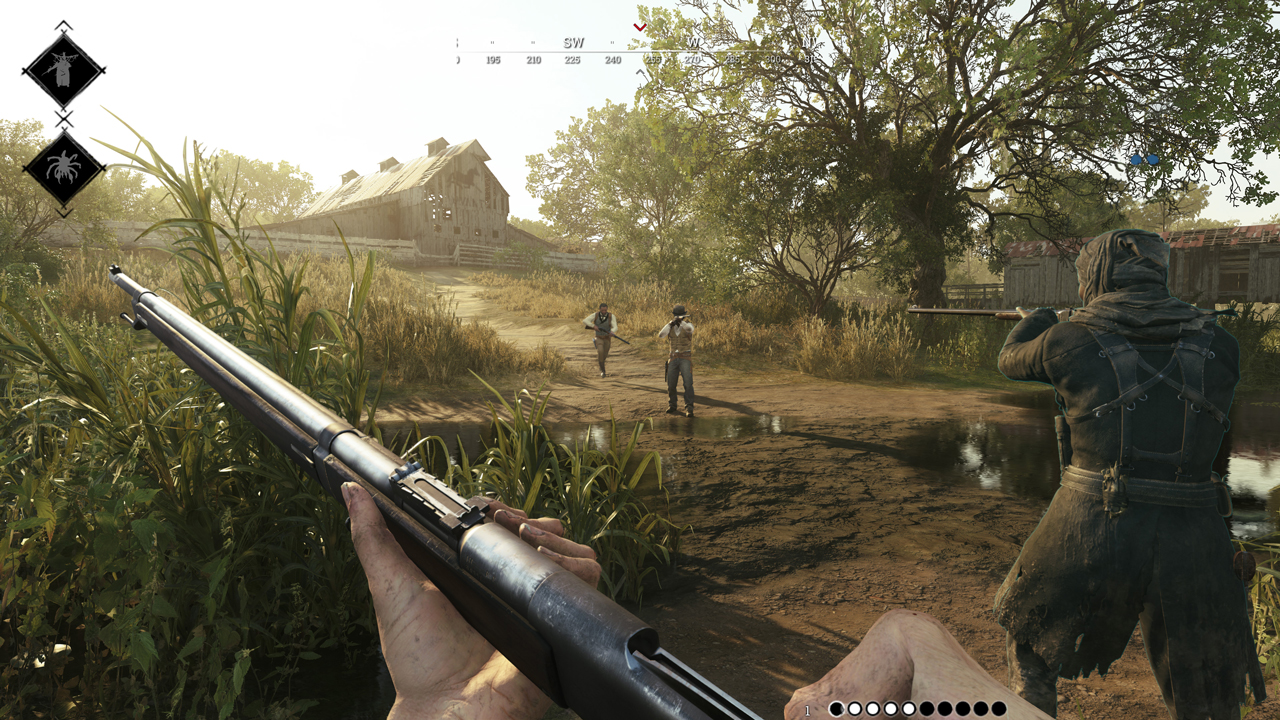 What other design methods did you use to build up that tone of supernatural horror?

Dennis: Very early in the project, we saw the opportunity to create tension by depriving players of information. Keeping players guessing about who else might still be in the game, or where the next threat would come from, helped us to instil a healthy level of paranoia. Unless you counted all the dead bodies, you could never be sure that you had cleared the map, so the feeling that an ambush could be waiting around every corner never goes away.

Sound played a big part in achieving this. For example, we made sure that gunshots could be heard across the entire map, and that there would always be the chance that another team might pick up on the sound of barking dogs or of the frantic whinnying of the injured horse you accidentally triggered a moment ago. 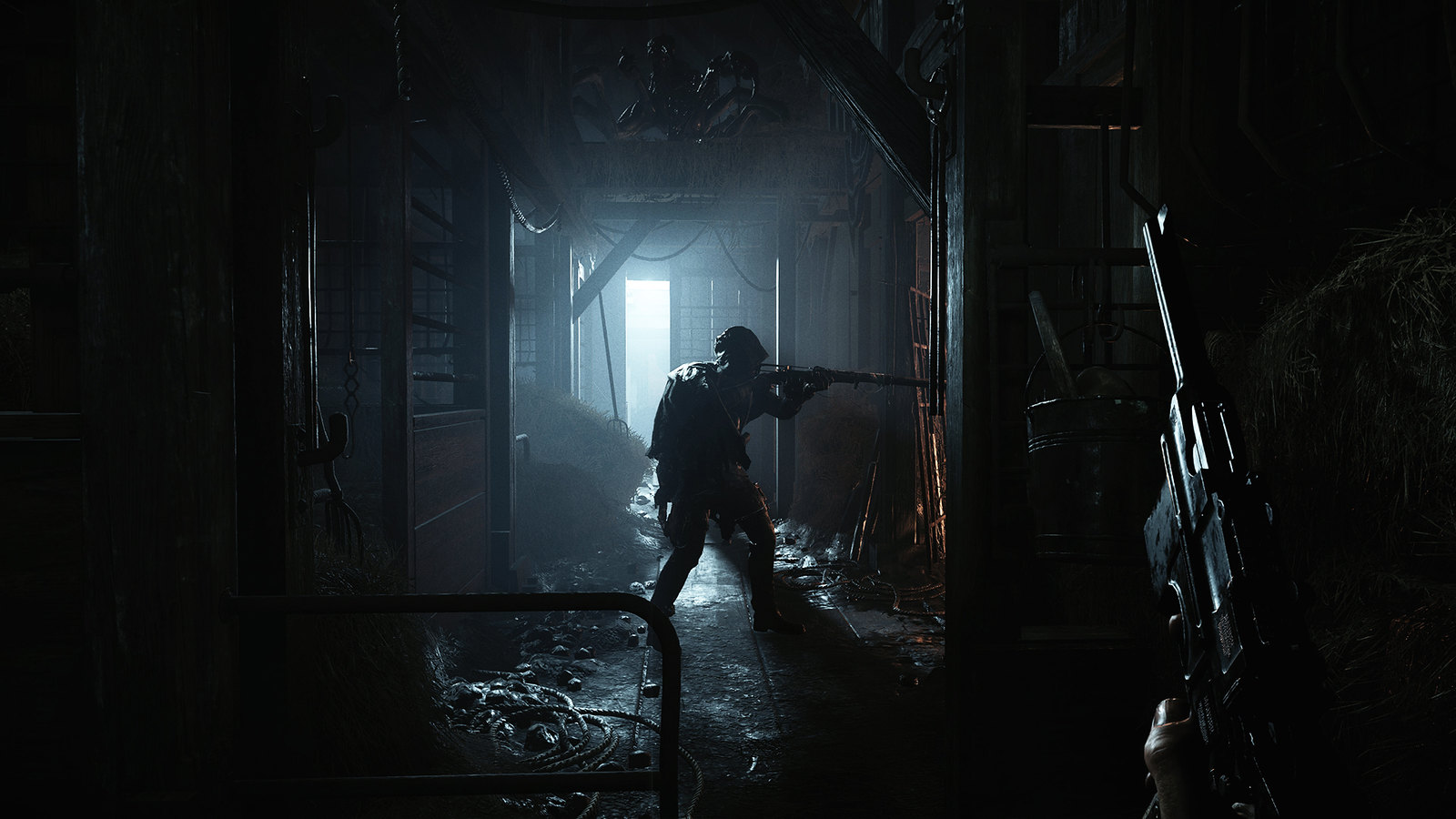 Florian: Indeed, all the sounds you hear during a match of Hunt are coming from a real source, and they attenuate realistically over distance. There is no fake: If you hear crows taking off or a barrel exploding, you know that another player caused it. We also have a high dynamic mix so that loud things stand out and give the player a realistic sense of how loud they are. That’s why hearing nothing special can create more tension as an intensive firefight – it is too quiet to be true! 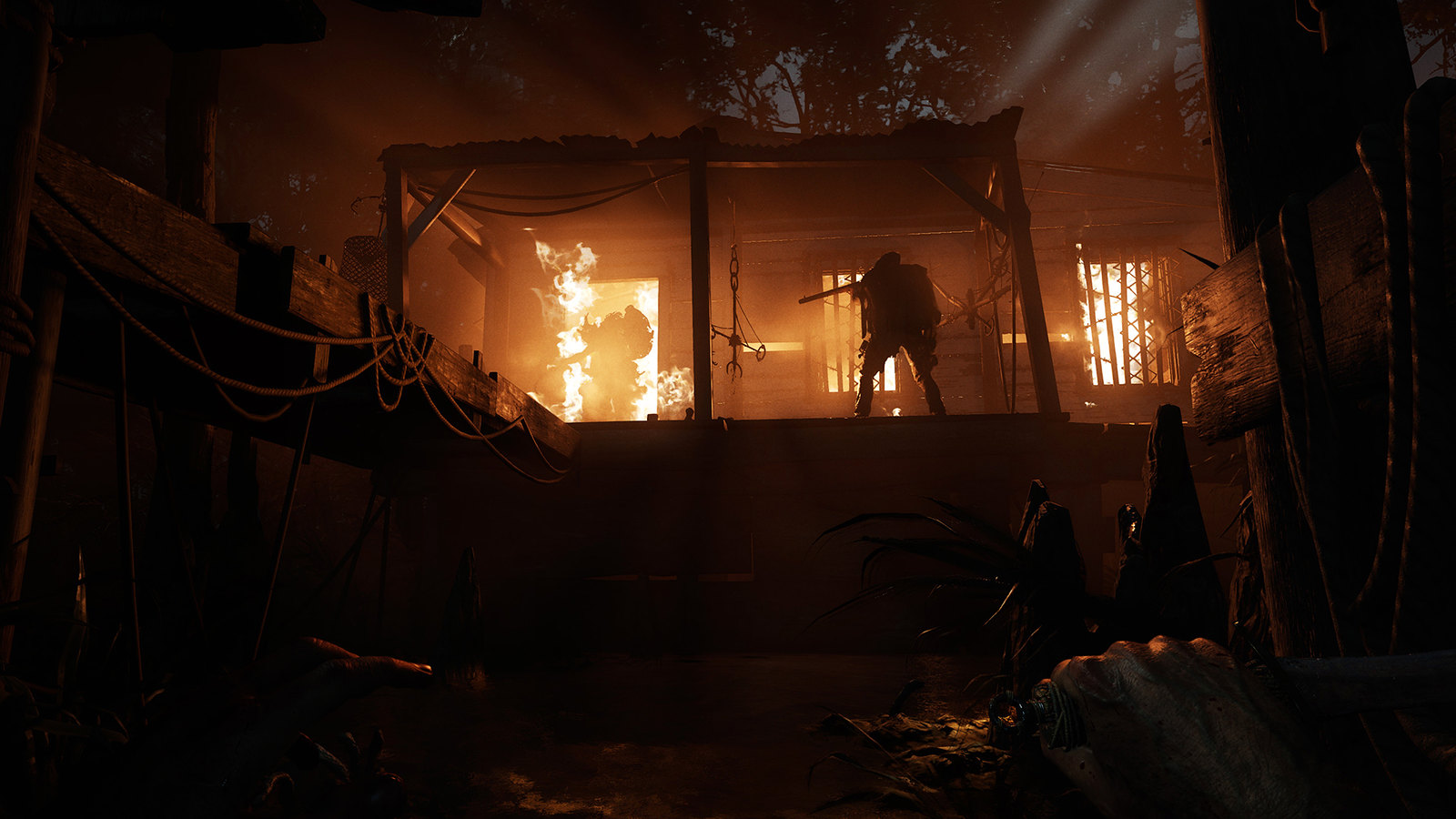 What is the best strategy for surviving a round of Hunt? And how can sound help players with their strategy?

Dennis: We took a lot of inspiration from survival games, where players are roaming across scarcely populated areas or wilderness and only occasionally meet other players, and we combined that with match-based gameplay with clear objectives and competition.

Within that framework, we wanted players to be able to decide how much they want to risk. Are you going in to take out other players? Or do you want to play it a safe, collect some XP, and get out with your Hunter alive? There are a lot of strategies that can pay off. Taking big risks can reap big rewards, but they can also cost you your Hunter. Of course this can mean that sometimes you might want to avoid a fight and stick to the shadows. Either way you’re going to want to listen to the world around you, and use that information to your advantage. 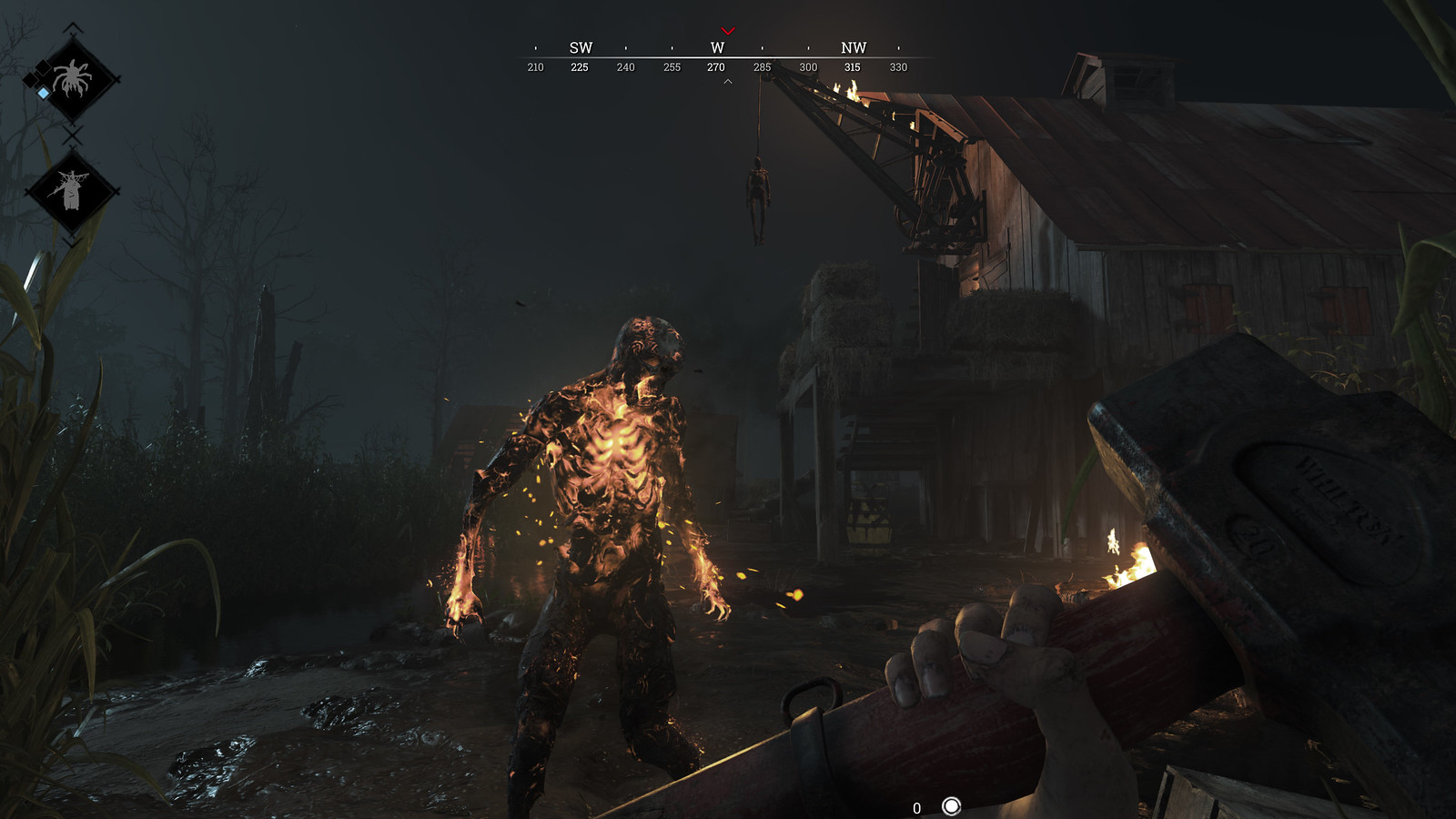 Florian: Audio can help you big time on the tactical decision making. You can hear weapons firing and explosions across the whole map, and you can use that information to guess at how many Hunters are still out there. Is that the sound of a team in a firefight? Or is that a lone wolf trying to take out a target? We have seen a lot of different strategies: From guns blazing so everyone else is afraid to engage, to super stealthy to stay undetected and wait for the right moment.