Hello, fellow fighters. We at NetherRealm are super excited to continue to fulfill everyone’s 80’s movie robot dreams with the addition of RoboCop in Mortal Kombat 11: Aftermath, our exciting, new expansion. We just dropped a new gameplay trailer showing off RoboCop, along with Fujin and Sheeva, who are all coming to Mortal Kombat 11 on May 26. 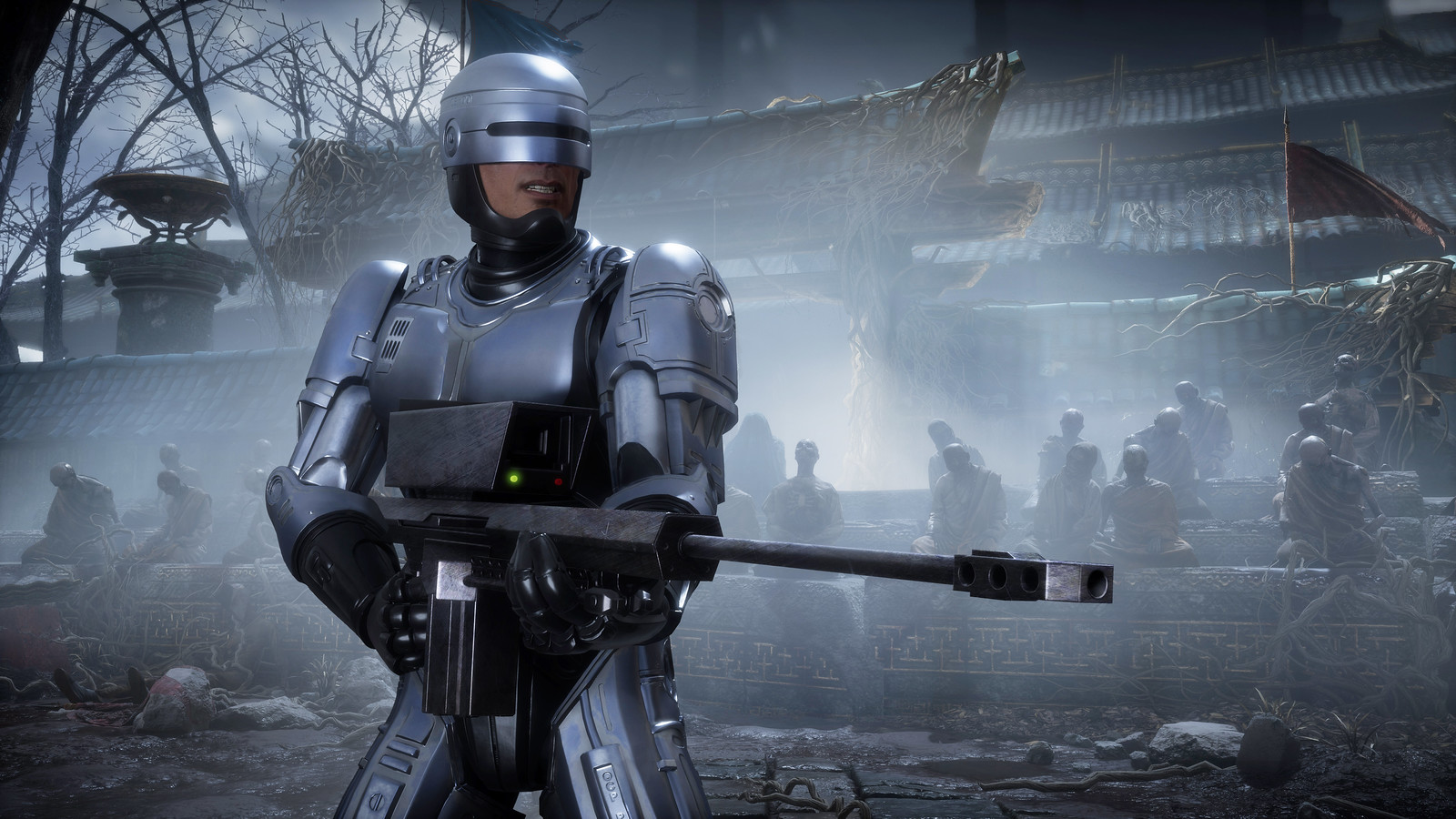 I clearly remember watching the “RoboCop” film when I was a kid, although I was probably far too young when I saw it. In fact, I was so in love with the movie that I asked for the RoboCop game on my Amiga 500 but only got to play it twice before the disk became corrupted. So, it’s great to finally get to play as RoboCop in Mortal Kombat 11: Aftermath.

I am far from being the only RoboCop fan in our studio. A few of the character artists on my team have ED-209 and RoboCop figurines on their desks. We even scanned one of these figurines to use as a reference for modeling out ED-209 which you’ll see in Mortal Kombat 11.

Being able to scan and record Peter Weller for the RoboCop model, as well as talk to him about the role, was invaluable. He gave me some great insight into what it was like playing the character, which allowed us to capture the essence of RoboCop. As a bonus, he gave me a crash course in Italian Renaissance art while he was in the studio being scanned. You may not know this but Dr. Weller has a Ph.D. in Italian Renaissance Art History and Roman History.

With our guest fighters, we always ensure that we give the players as many iconic and authentic character attributes as possible. Pallets for RoboCop in Mortal Kombat 11: Aftermath are an excellent example of this. As RoboCop fans will remember, the original “RoboCop” film featured a gray suit, while the “RoboCop 2” outfit was much bluer. You will find both of these options in the Mortal Kombat 11: Aftermath expansion. As is customary with our guest characters, RoboCop also gets a NetherRealm Studios version, this time it’s a Mortal Kombat 3 Cyber Ninja RoboCop variant.

We had loads of fun working on RoboCop, packing in as many character references as possible. And we’re excited that our fans will get to play everyone’s 80’s cyborg fantasy, matching RoboCop against the Terminator.

Rock of Ages 3 Rolls To PS4 Early Next Year

Intel (NASDAQ: INTC) Is the Only Semiconductor to Experience “Gross Margin Contraction” Over the Next Few Years, According to Goldman Sachs