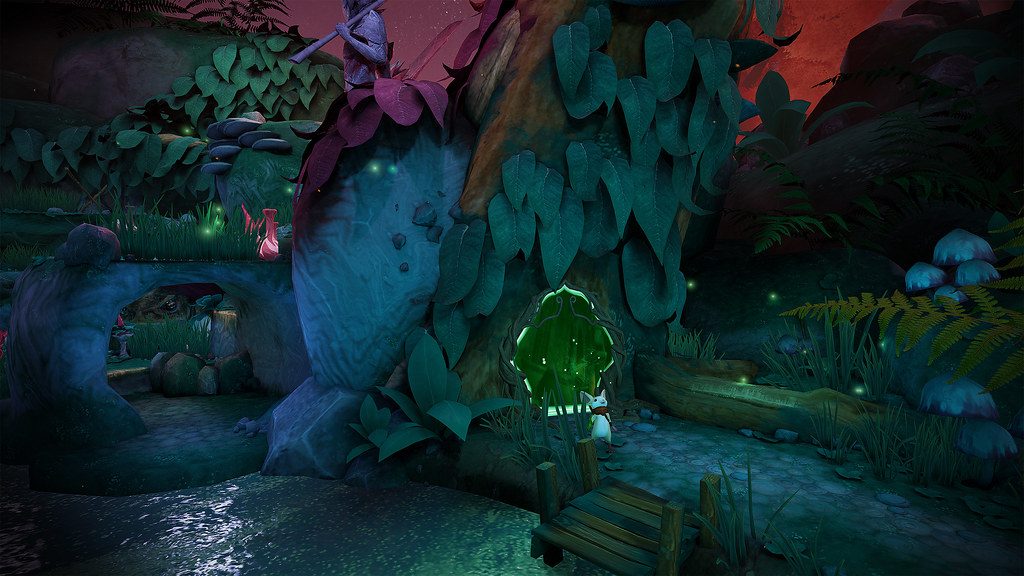 The Twilight Garden is an all-new adventure that runs alongside Quill’s incredible journey through the original storyline of Moss — a complementary experience to the main game. This new chapter introduces additional environments, challenges, and story for new and returning players to experience. 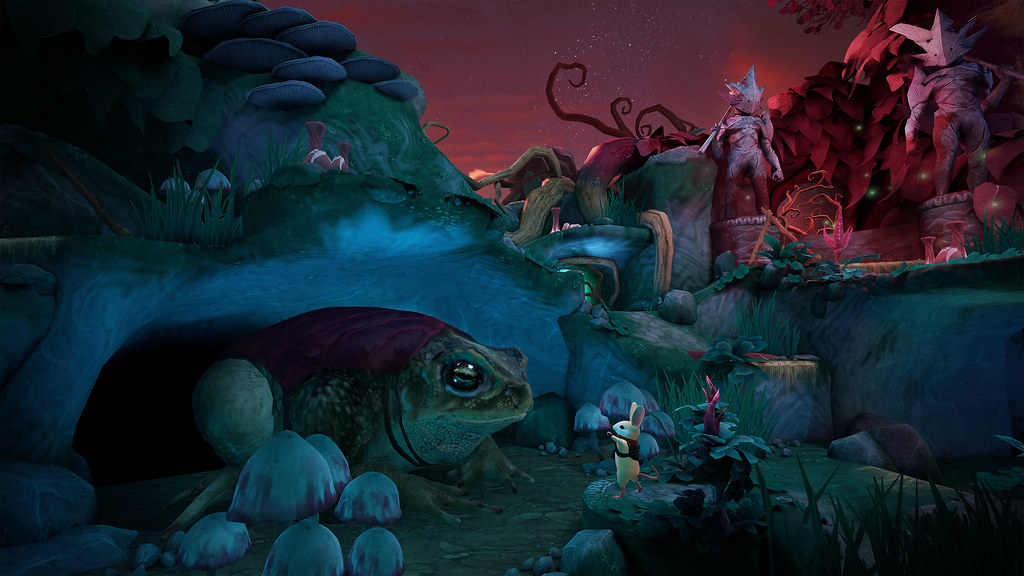 So, really… what’s new? Well, first you’ll discover strange portals woven throughout the existing game. These magical gateways will transport you and Quill to the Twilight Garden, a place unlike any you’ve seen in Moss thus far.

The strange and vibrant garden is adorned with Sprite artifacts, making it clear you’re somewhere special that is rarely (if ever…) visited by outsiders. Here you’ll reunite with the familiar toad character from your previous meeting with Rootseer Vada and the Sprites, and you’ll also encounter a mysterious presence that will prepare you for the dangers ahead.

The toad may not trust you at first, but there’s a good chance he’ll turn around as you best the challenges and prove your worth. And as you get to know him, you’ll realize he is alive, and players will have fun feeding him dragonflies, initiating a staring contest, annoying him, and ultimately departing with a cool fist bump.

And as a reward for overcoming the challenges within the garden, Quill will receive a new, magical gauntlet and armor set. With the new look, she’ll possess the ability to reveal hidden pathways, allowing her to traverse to areas otherwise unattainable. 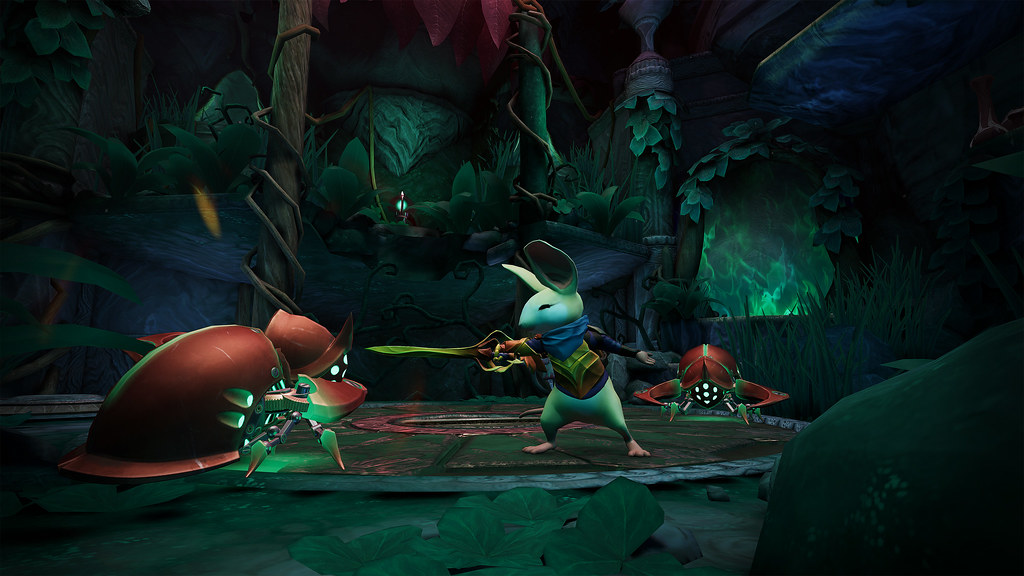 Along with the new armor set, the guiding presence within the garden will gift Quill a new sword, allowing her to modify her attack style, making it more directional and allowing for rapid, successive attacks. With the new sword, you’ll observe that Quill’s attacks are more fluid, a testament to her growing skill in combat. In fact, this new weapon handling skillset transfers to Quill’s base sword as well. Enjoy! 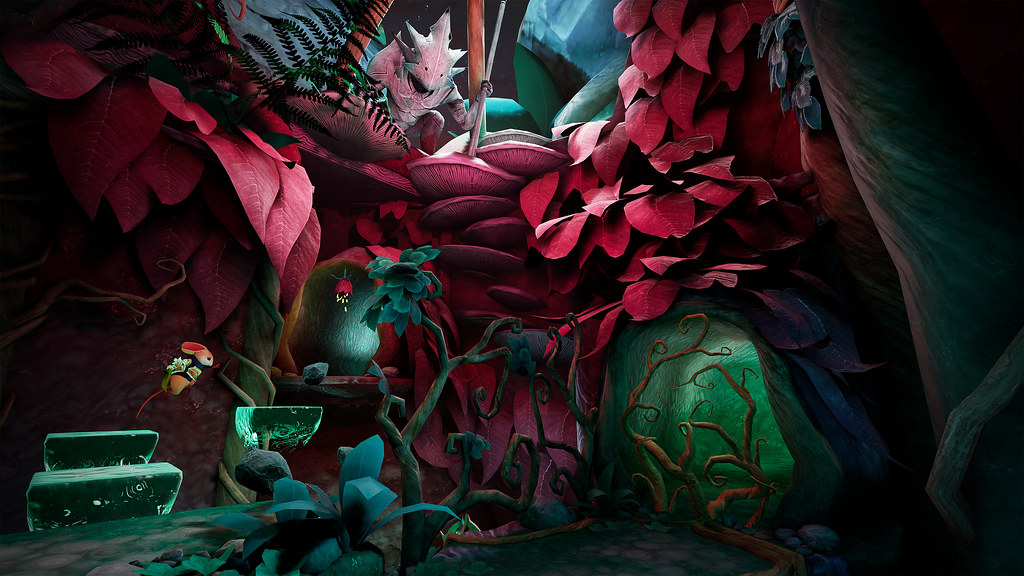 Additionally, the sword offers more than a new directional attack style of combat, as you can empower Quill’s new sword with a magical energy charge which enables her to reach far away targets. We love this mechanic and can’t wait for you to try it out.

But, if you want to continue outside of the Twilight Garden with Quill’s signature green gauntlet and sword, we’ve given you the ability to equip Quill with your preferred weapon and armor. Now, players who enjoy using our screenshot mode (right-thumbstick-press while in the game menu) will be able to snap a picture of Quill with their preferred look!

We’re so thankful for you all and hope that with the release of the Twilight Garden, we’ve given you a reason to re-explore Quill’s world and renew your excitement for what is still yet to come. 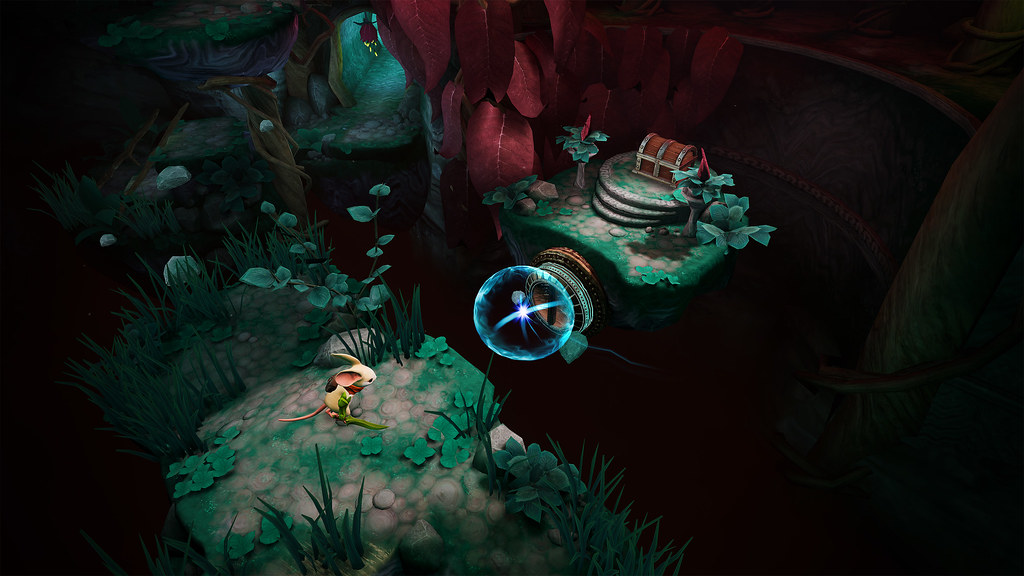