That’s right folks – Bandai Namco is here! And we’re so excited because it is finally launch week for My Hero One’s Justice! An epic cartoon-style 3D brawler, My Hero One’s Justice brings all your favorite students, Pro Heroes, and Villains to the PS4 right in your home. Jump in, tackle both the Hero and Villain story mode, then customize your characters with all sorts of goodies and gadgets from the show and bring them online to teach others a lesson! 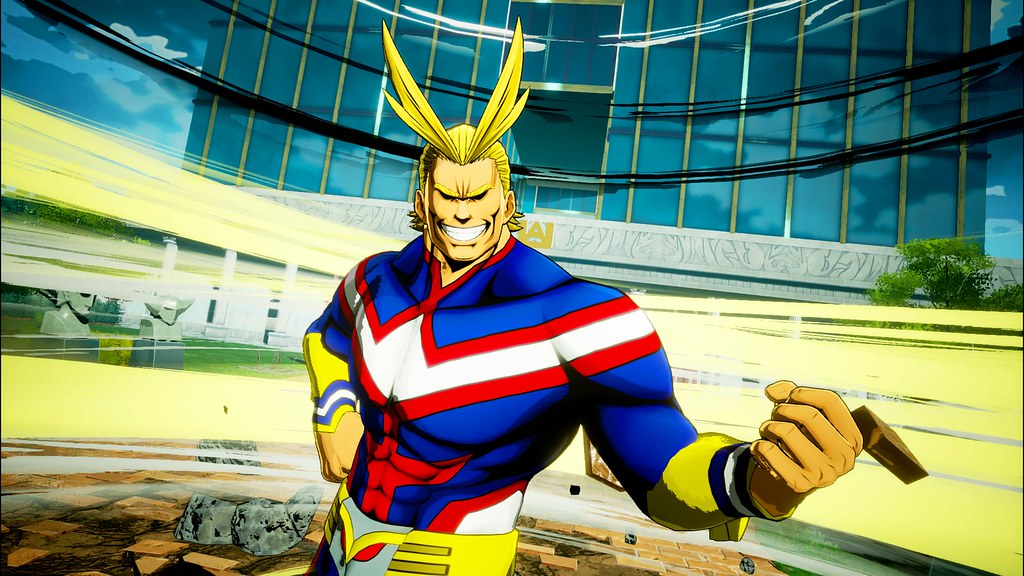 But first, you’ll need to learn how to play the game, and we’re here to help with some awesome combos for some fan-favorite characters. Let’s dive right in, shall we?

Todoroki is both an onslaught of offense and an impenetrable barrier. His balance of fire and ice makes him an incredibly formidable opponent. But, if you’re not able to master some basic combos to keep your opponents on edge, Todoroki can leave himself open to some brutal attacks. Here is one to get started.

First, close the distance between you and your opponent with your Gliding Ice Stalagmite – you will ride a wave of ice towards whichever direction you’re pointing. Right as you approach your enemy, jump into the air and send a trail of fire towards your opponent with Fire Breath. 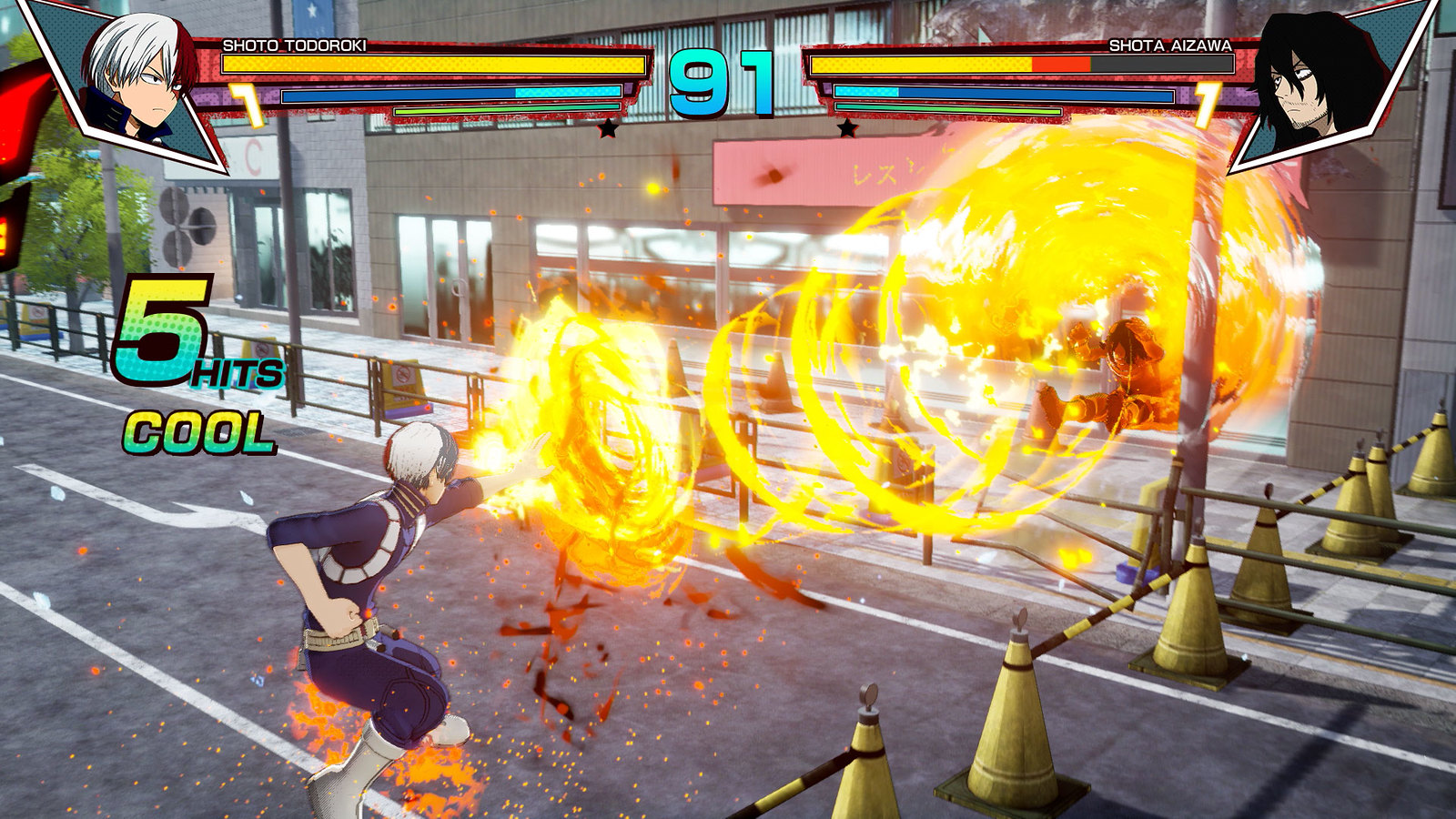 They’ll be stunned! And don’t worry, if you miss your opponent and you’re left wide open, you can always put up your Ice Wall so long as you are on the ground to defend yourself. 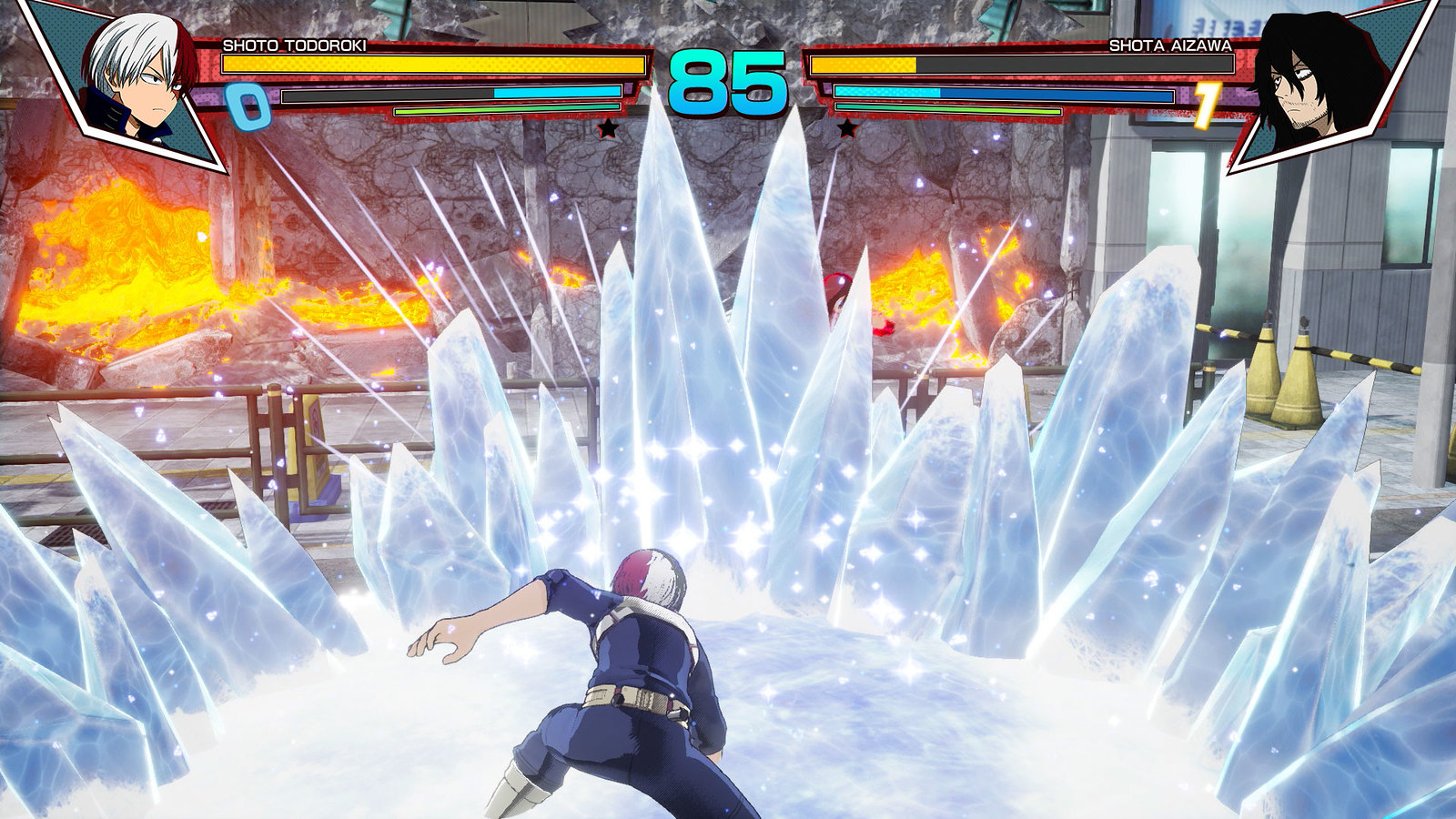 Always a competitor for Best Girl in the anime, Ochaco Uraraka has some great offensive ability with an incredible sense of range. Not only can she make up to 3 items float in midair and smack them at her opponent from long range, she can also be extremely troublesome up close. Here’s a fun combo for you all to try out. 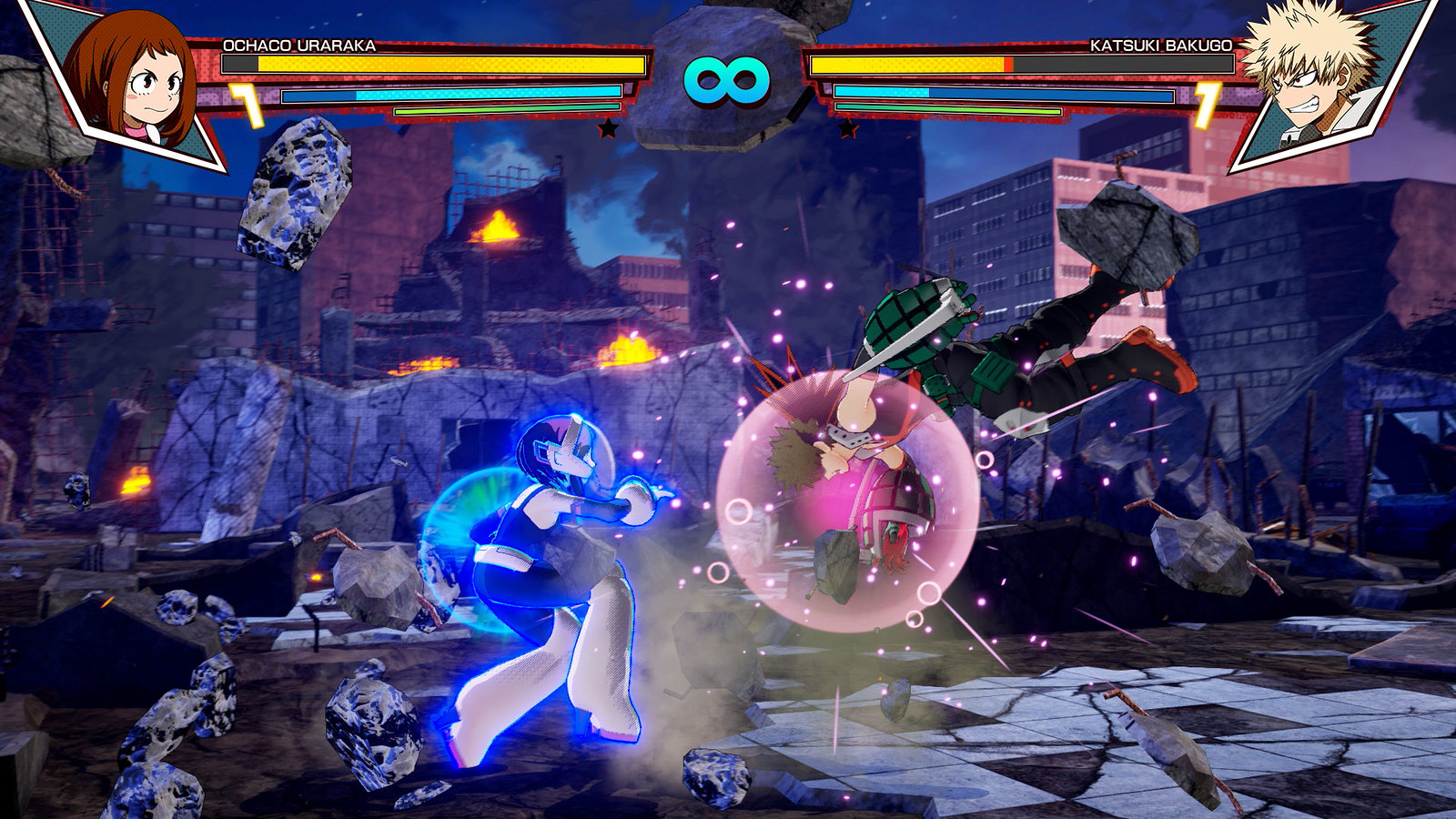 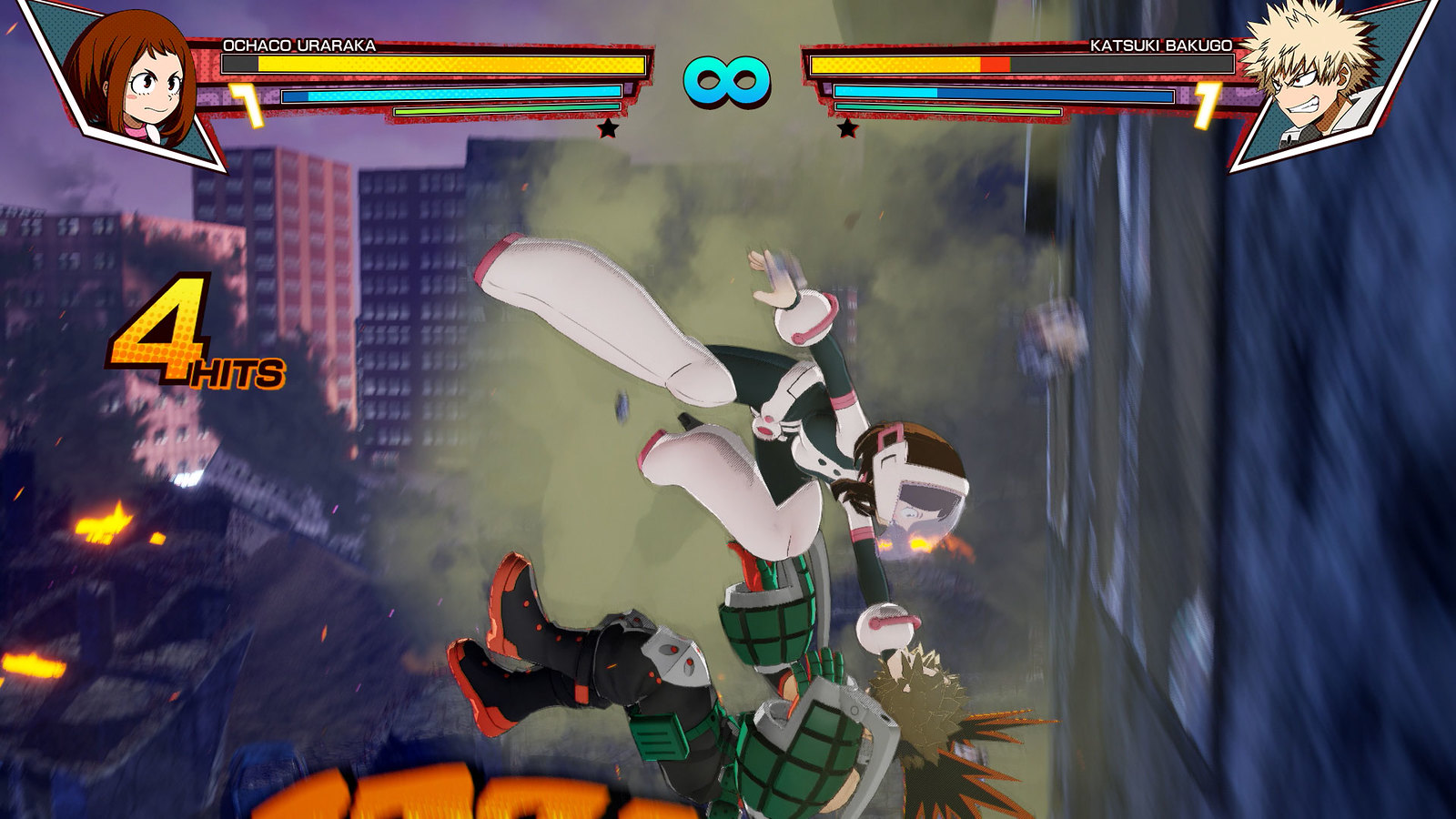 There’s a reason why Shota Aizawa is the teacher of UA’s class 1A – he’s an incredibly skilled Pro Hero. His tactics are mostly defensive and ranged, but also allow you to erase your opponents quirks while at a distance. Let’s learn some easy combos with Eraser Head.

First, set yourself up at mid distance from your opponent. Then, use capture to immobilize your enemy with Eraser Head’s scarf. 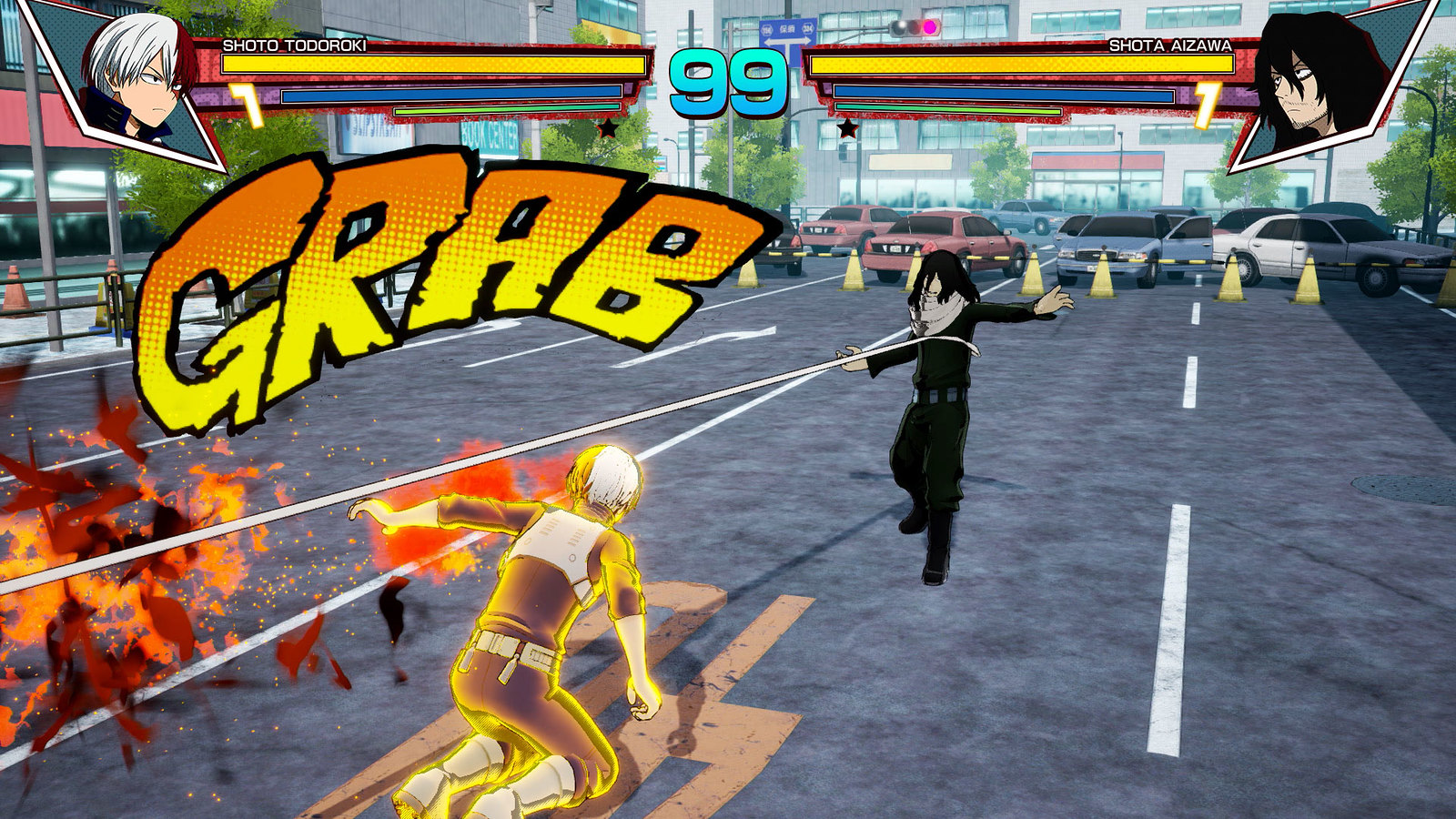 Now from here, you have some options. Either pull your opponent in closer to you with the analog stick, giving you just enough time to dash in for a close attack. Or, you can press circle again to throw them off towards the edge of the map; a great option for stages with ring outs. But if you’re feeling confident and daring, feel free to pull them in and immediately use his signature move Erasure, immobilizing them once again while erasing their quirks completely for 12 seconds. 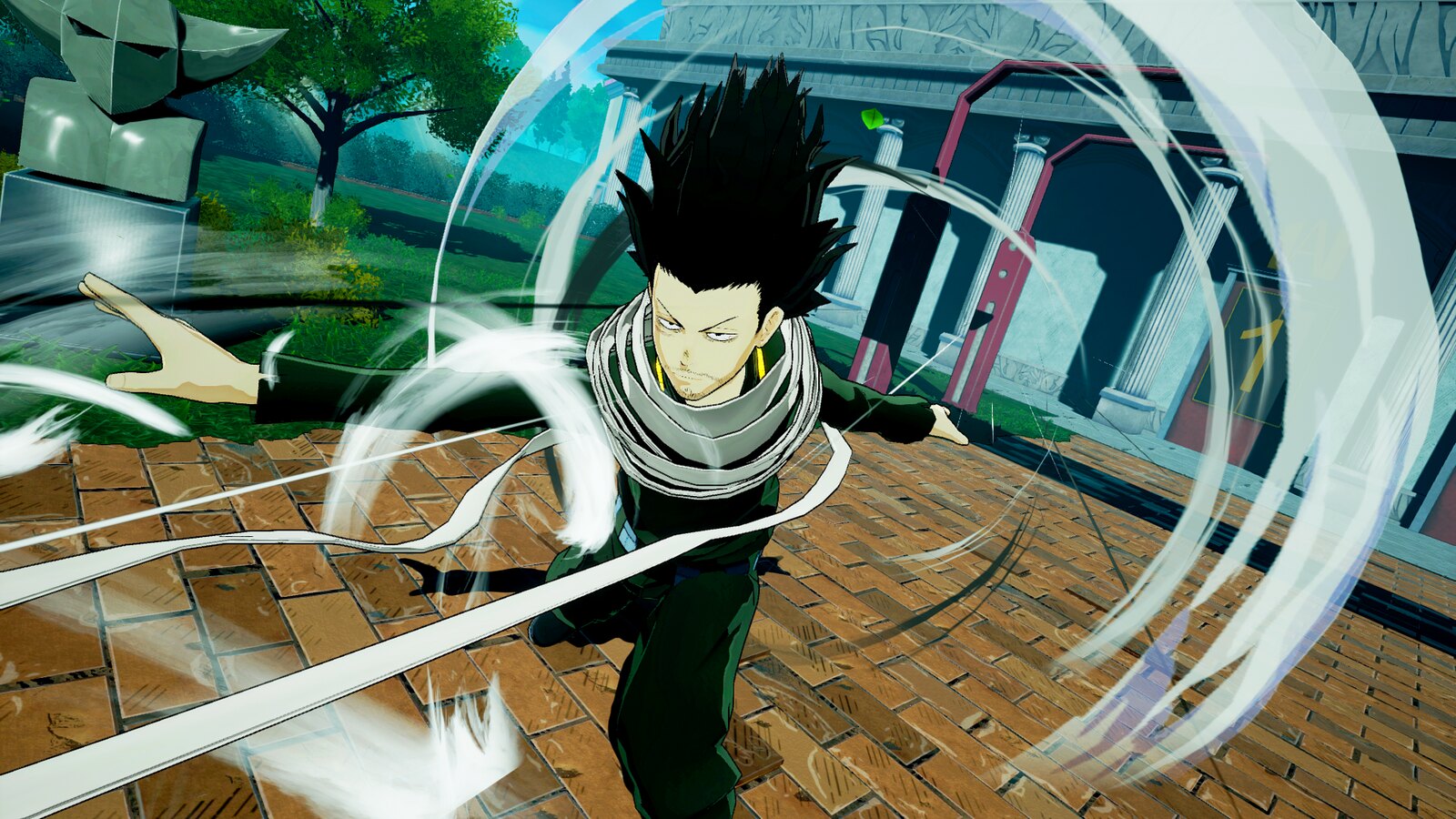 Make way for Tsukuyomi! You got it – Fumikage Tokoyami will have your opponents running for the winds because of the offensive barrage that is Dark Shadow. Let’s revel in the dark for a moment…

First start off by calling Dark Shadow to the field with Shadow Puppet. 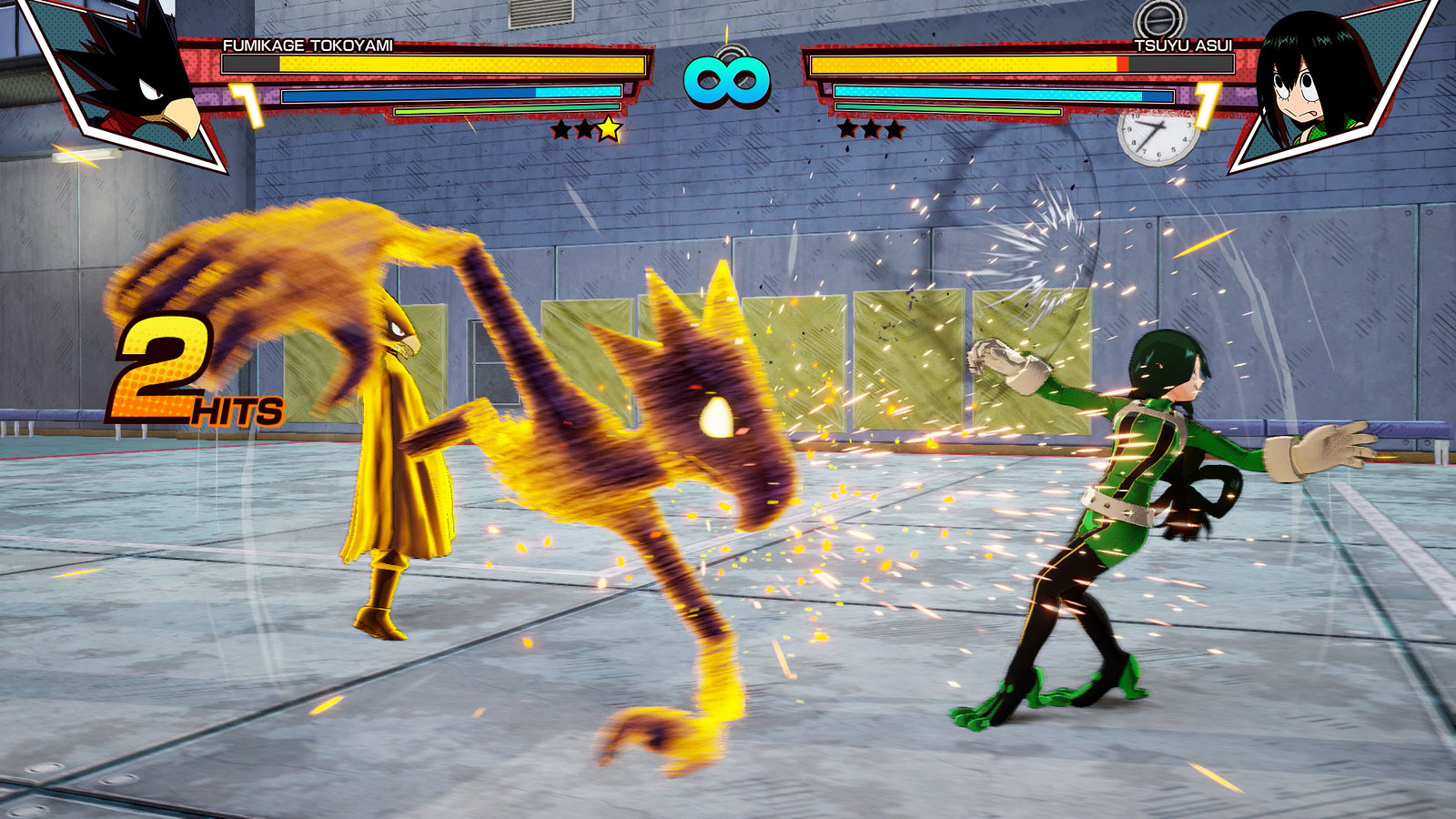 After bringing him out, make sure to keep your opponents at bay with Dark Secrets, an attack that lets Dark Shadow unleash a flurry of punches on your opponent. Now keep in mind, your attacks will differ depending on if Dark Shadow is on the field or not, so be sure to familiarize yourself with the changes. When Dark Shadow is not present, Dark Secrets will force Dark Shadow towards your opponent for the flurry, while if he is present already, your punches won’t have much distance. Then, while your enemy is dealing with Dark Shadow’s relentless barrage, use 1 Gauge of energy activate Monstrous Feast, and let Dark Shadow take it from here. If it hits, your opponent will have to deal with that barrage of punches once more, but this time they’ll be backed with some anger and hurt a lot more. 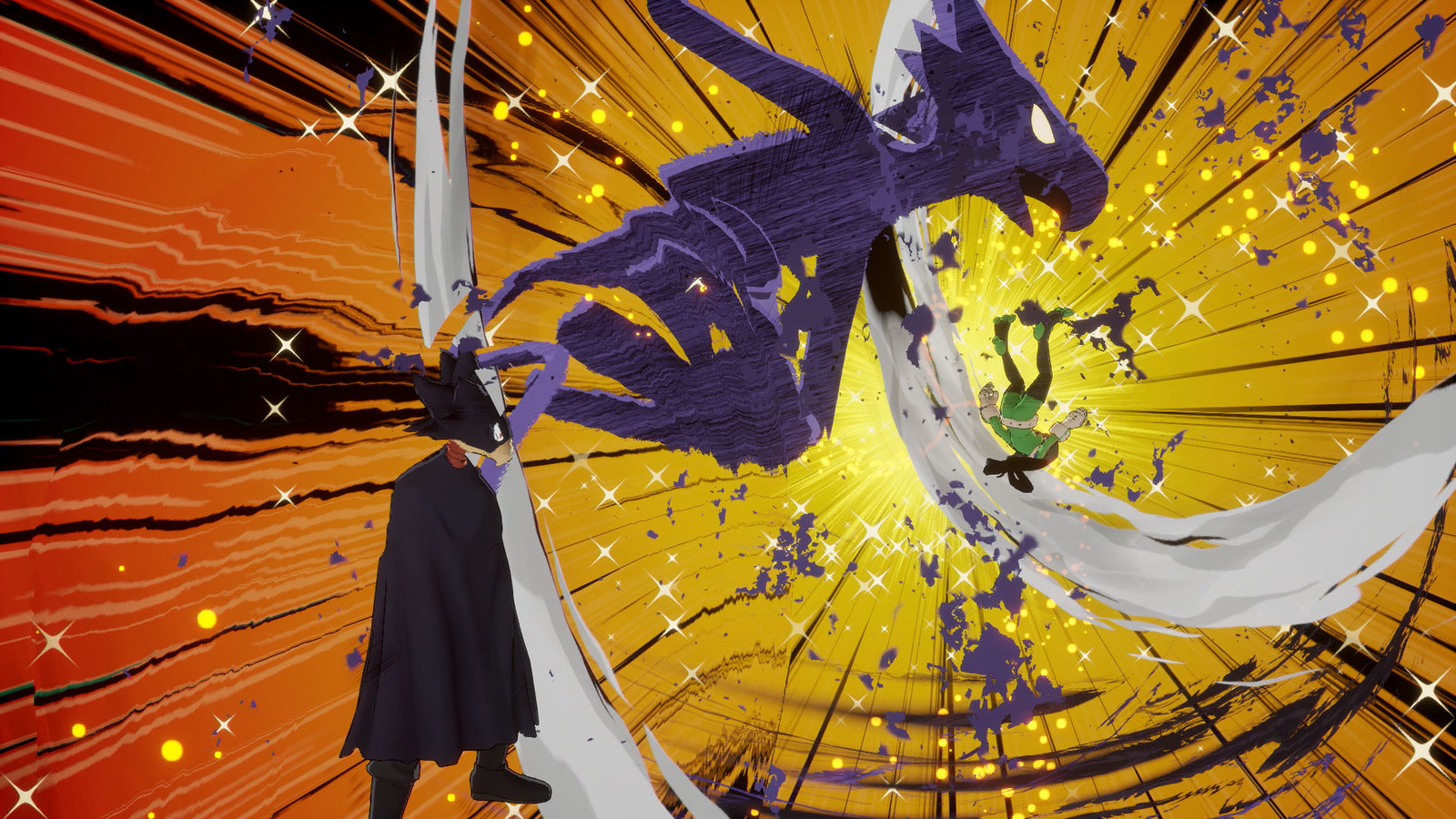 And there you have it! While there are tons of combos to learn in the game, there is no perfect way to play. Plus, when you throw in your sidekick’s quirks, anything could happen! So what are you waiting for? My Hero One’s Justice launches this Friday, October 26. Pre-order for PS4 today and you’ll receive Endeavor as a preorder bonus! 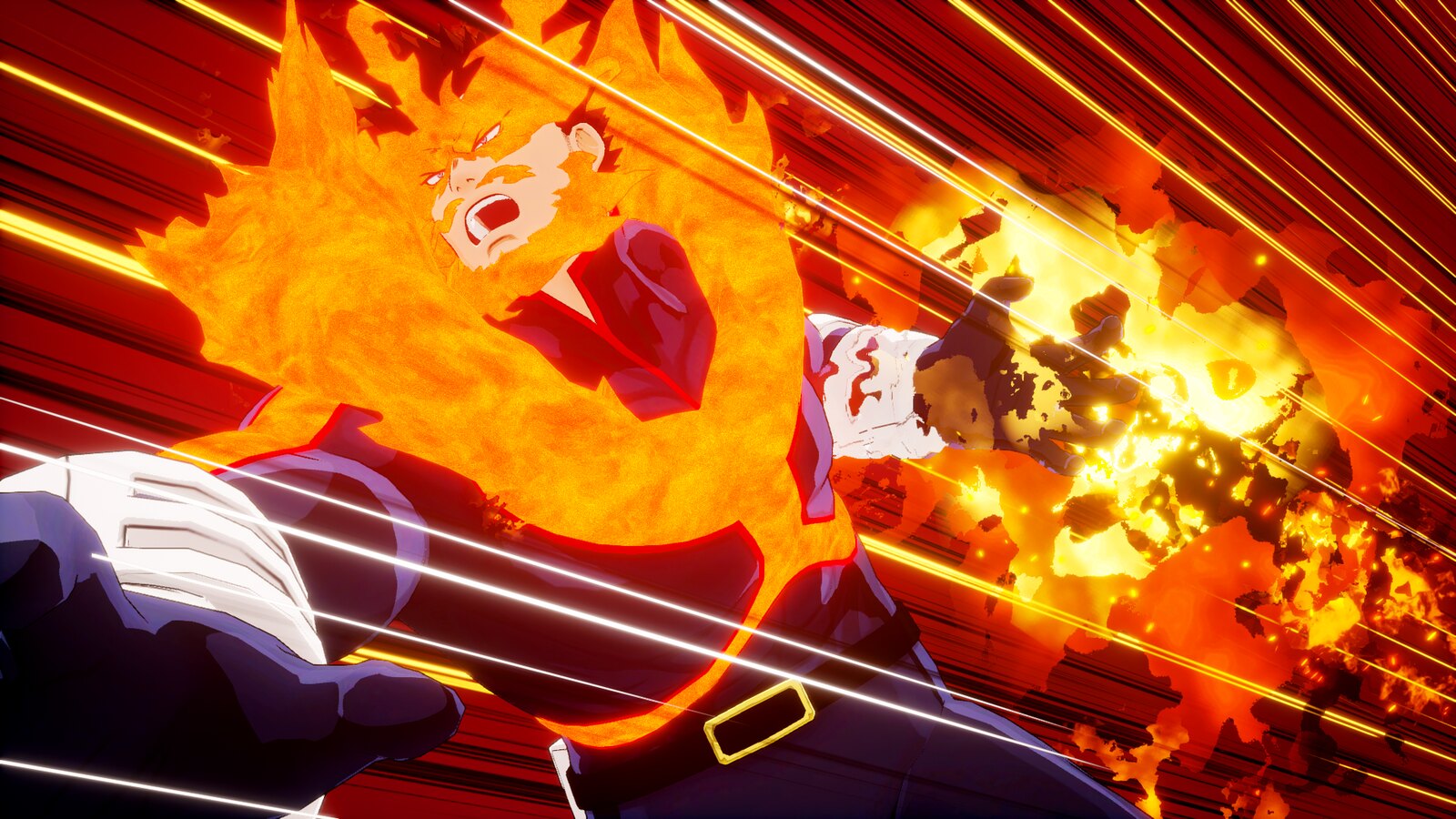 We can’t wait to see you online!