Hey fans! As promised, I’m back with more information about — and insight into — Nioh 2’s anticipated consumer demo, playable this week at Tokyo Game Show! To whet your appetite and give you a glimpse into what we’re showcasing, we have also prepared a new trailer and a host of new information and visuals to commemorate the occasion.

As you begin this adventure, we introduce you to a gorgeous new area which we call The Village of Cursed Blossoms. This is the opening level of Nioh 2, and as the name suggests, it’s an amalgamation of natural beauty and menacing peril. These disparate themes play a major role throughout Nioh 2… but more on that later. 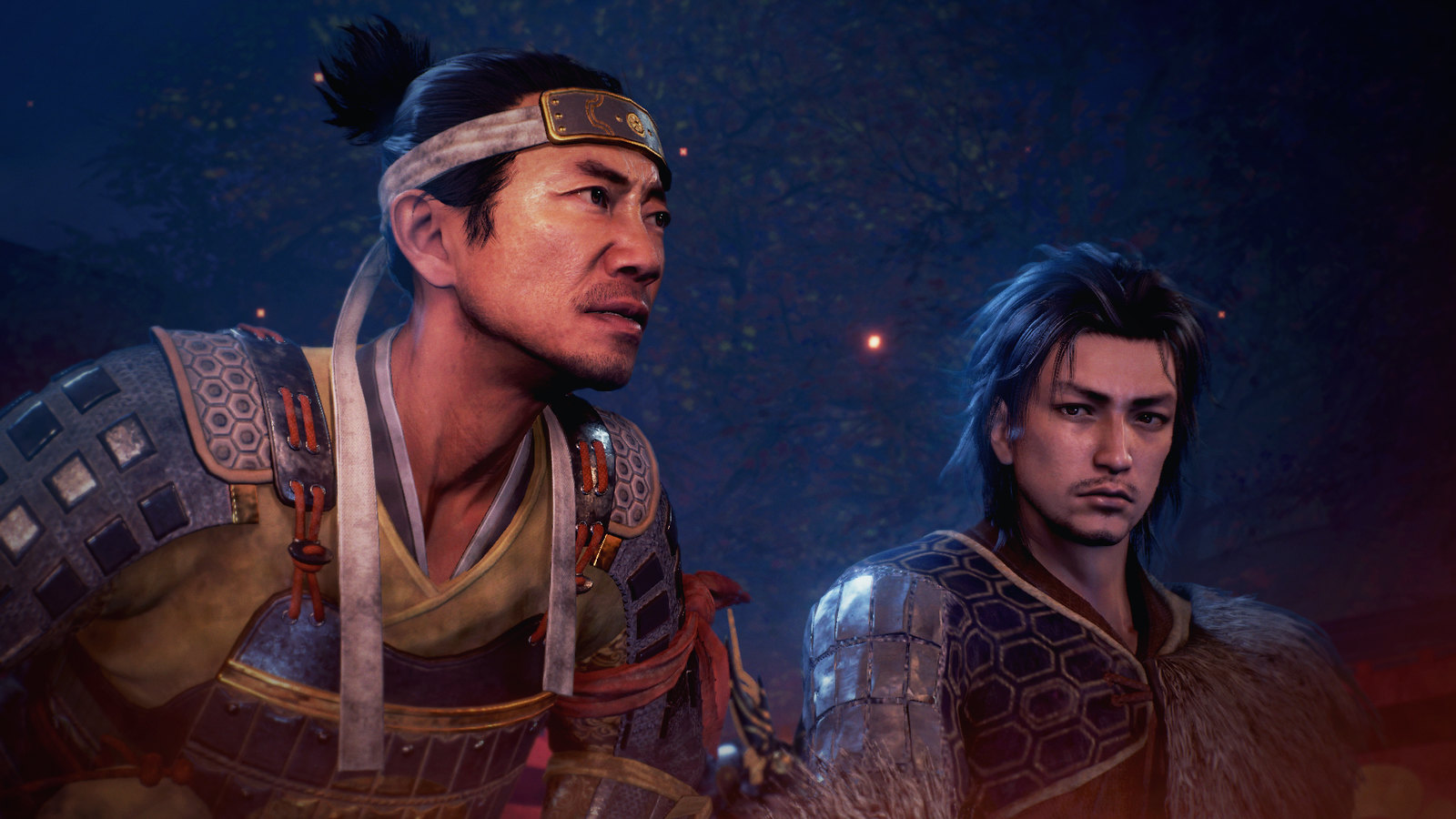 Impressed by the protagonist’s prowess, Toukichiro passionately talks about his dream to become successful, believing that the tumultuous time and rampant yokai will work to his advantage.

As developers creating a game founded on Japanese aesthetics, we’ve always hoped to design a level covered by cherry blossoms in full bloom. So it brings us great joy and satisfaction to finally make it a reality in Nioh 2. Lucky for us, a well-known area for sakura trees called Chidorigafuchi is right next to the Team Ninja studio! This gave us the opportunity to refine our visuals with great detail and accuracy.

Yokai are an essential cornerstone of this franchise, and we take careful consideration when adding these mythical creatures into the game. When choosing new Yokai to implement, we go far beyond simply choosing the most popular or well-known versions. Instead, we meticulously select each creature based on their unique characteristics to effectively complement specific integrations. This approach ensures a wide range of variation and scope, which is super important in keeping players engaged and challenged! 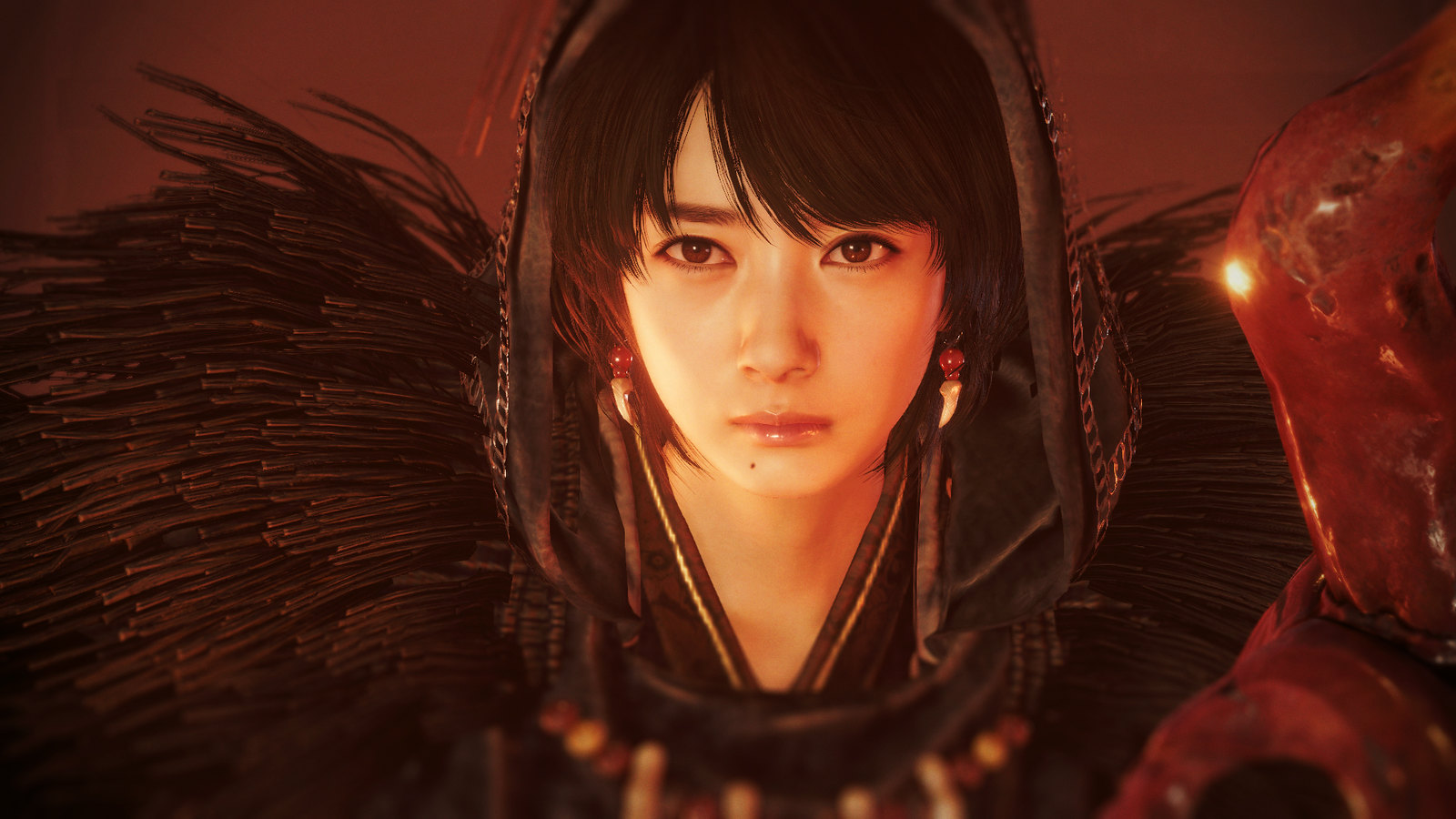 Unveiling her true face and her Guardian Spirit, who is this woman who exhibits great hatred for yokai?

Speaking of Yokai, our latest demo features Mezuki — a terrifying beast adorned with a grotesque mug and wielding a deadly saw-like weapon. Its debut should make quite an impression with the players testing their Yokai combat skills at TGS. One word of advice for those looking to go toe-to-toe with Mezuki: When in the Dark Realm, ruthless Yokai become even fiercer and more powerful. Tread carefully and strike effectively.

Players will also encounter smaller creatures called Sudama (Sudama are actually Kodama that turned into Yokai) in The Village of Cursed Blossoms. As in their former incarnation, they are not violent but they display an unrelenting thirst for material possessions. To provide some perspective, the background image in our key art represents the contrast between the world of men and the realm of Yokai, which is a central theme of the game and the motivation behind our new half-breed protagonist. Given this duality, the Sudama was created as an antithesis to the Kodama. 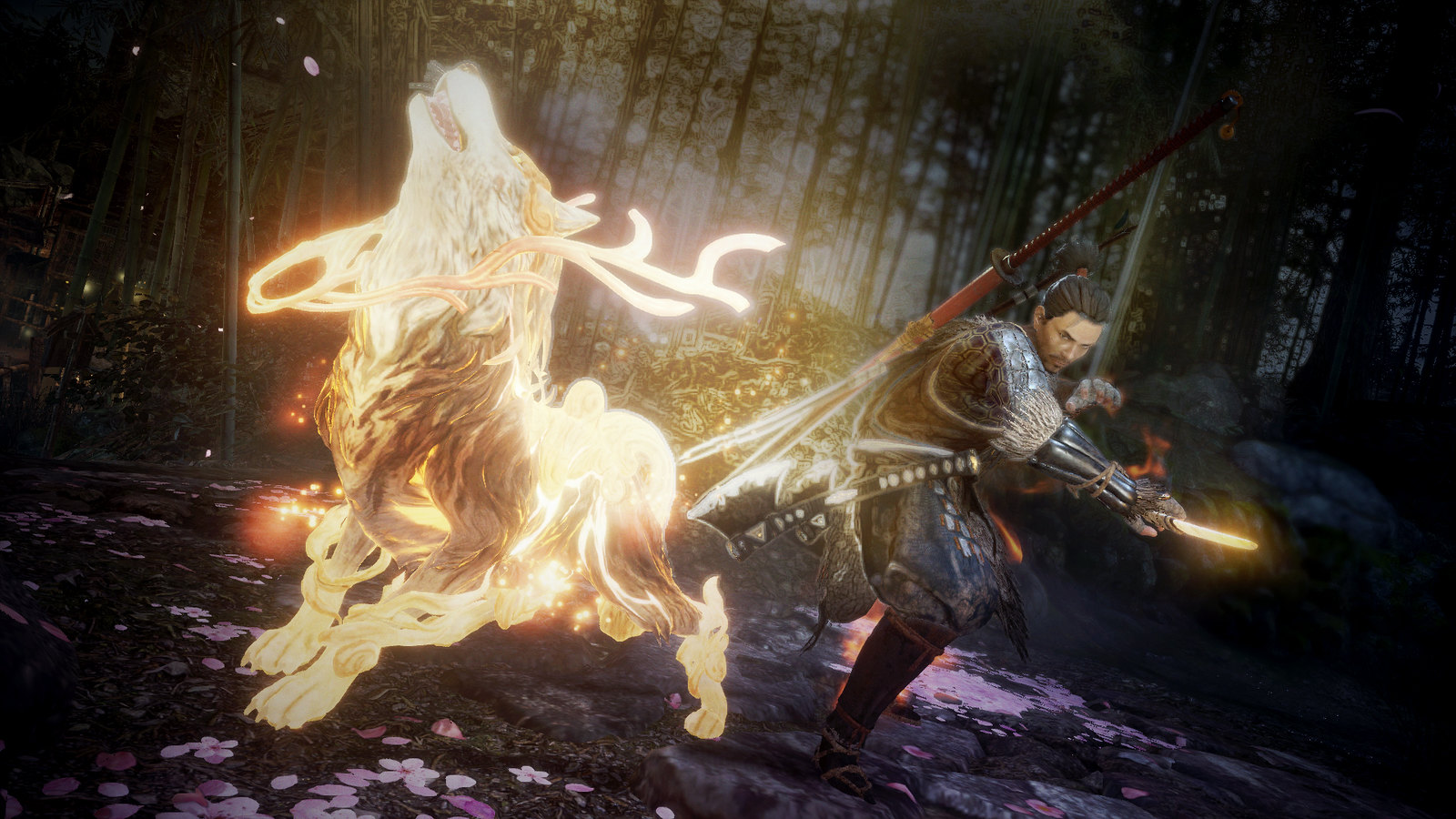 Magami is a Guardian Spirit taking the shape of a wolf, and is known to be kin to the mountain spirits. It hunts down beasts that vandalize crops, and so it is worshiped as the sacred protector of harvest and wealth. It is also said to provide protection from fires.

There’s so much more Nioh 2 info I’d like to share, but I’ll save it for next time. As we prepare to finalize the game and set our sights on our early 2020 launch, I want to leave you with a special message from our producer, Yasuda-san:

“Since receiving feedback from the closed alpha session, we have been diligently working on the game with great enthusiasm. To be honest, we’ve had to overcome many trials and errors during the process of designing Yokai action mechanics such as “special moves,” “Yokai moves,” and the visual presentation of the “Dark Realm.” However, we are now quite satisfied with where we are at. It goes without saying that the improvements won’t stop until launch and we’ll continue to keep you updated with our progress. Stay tuned for more information in the coming months, and please enjoy the exciting new demo for TGS as well as the batch of new content we’ve prepared.”