Originally released in 1999, Resident Evil 3: Nemesis expanded the doomed Raccoon City introduced in RE2. The chaotic city captured fans’ imagination, letting them fulfill thrilling zombie outbreak survival fantasies. New storefronts, colorful survivors, and explosive hazards brought the streets to life (despite all the death). The titular Nemesis stalked Jill throughout the city as well, keeping tourists on their toes with every step.

The upcoming RE3 remake capitalizes on the exciting expansion of Raccoon City delivered in the 1999 original, boosted by Capcom’s modern enhancements. A new trailer and batch of screens sheds further light on the iconic Nemesis’s reimagined look and the chaotic Raccoon City. The fresh look also offers a few tantalizing tastes of where the remake detours from the original release, with new faces, shops, and more. 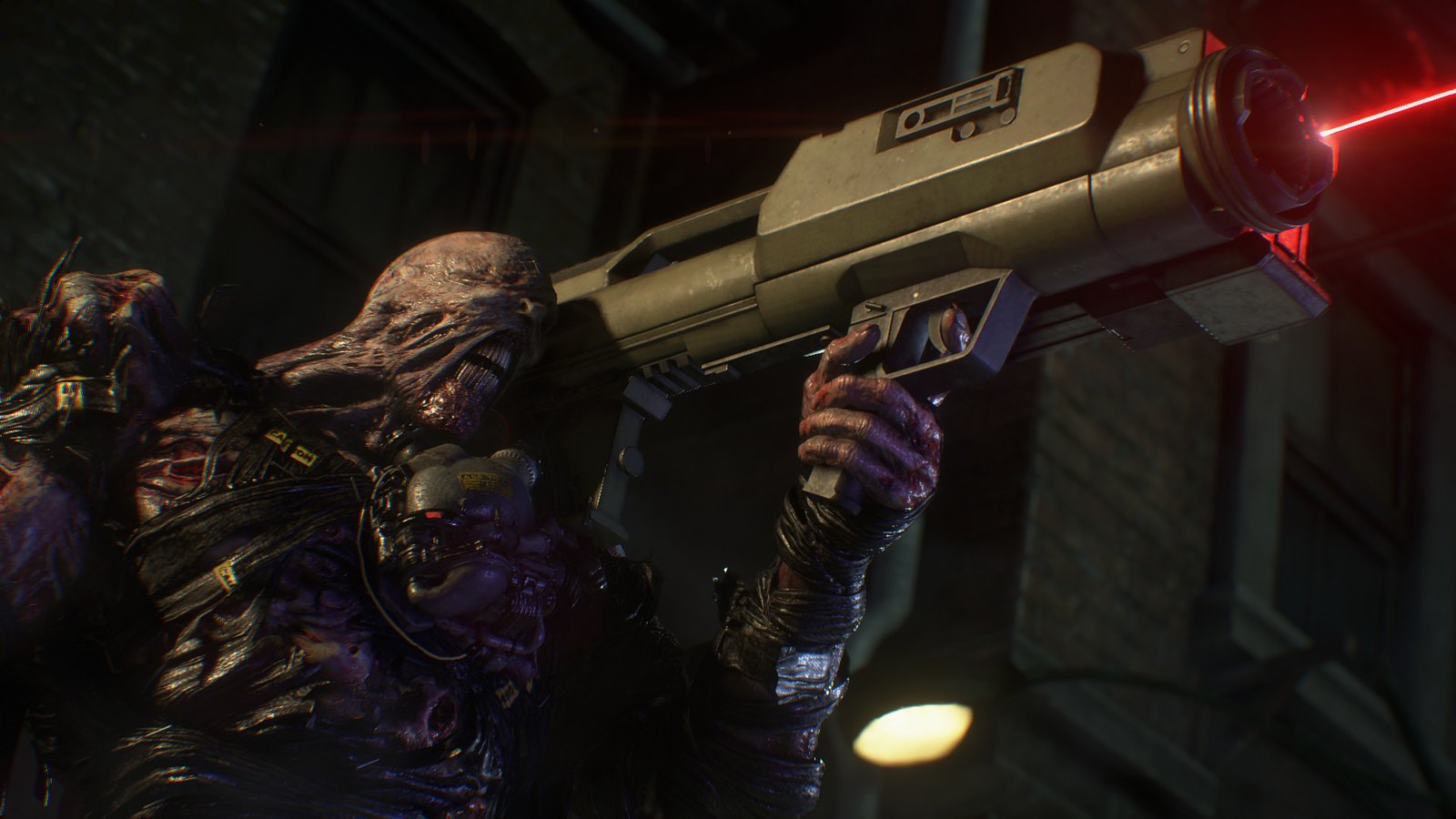 Nemesis is the star of the new trailer, showcasing his trademark determination and arsenal. His classic rocket launcher returns, but he also boasts a flamethrower this time. 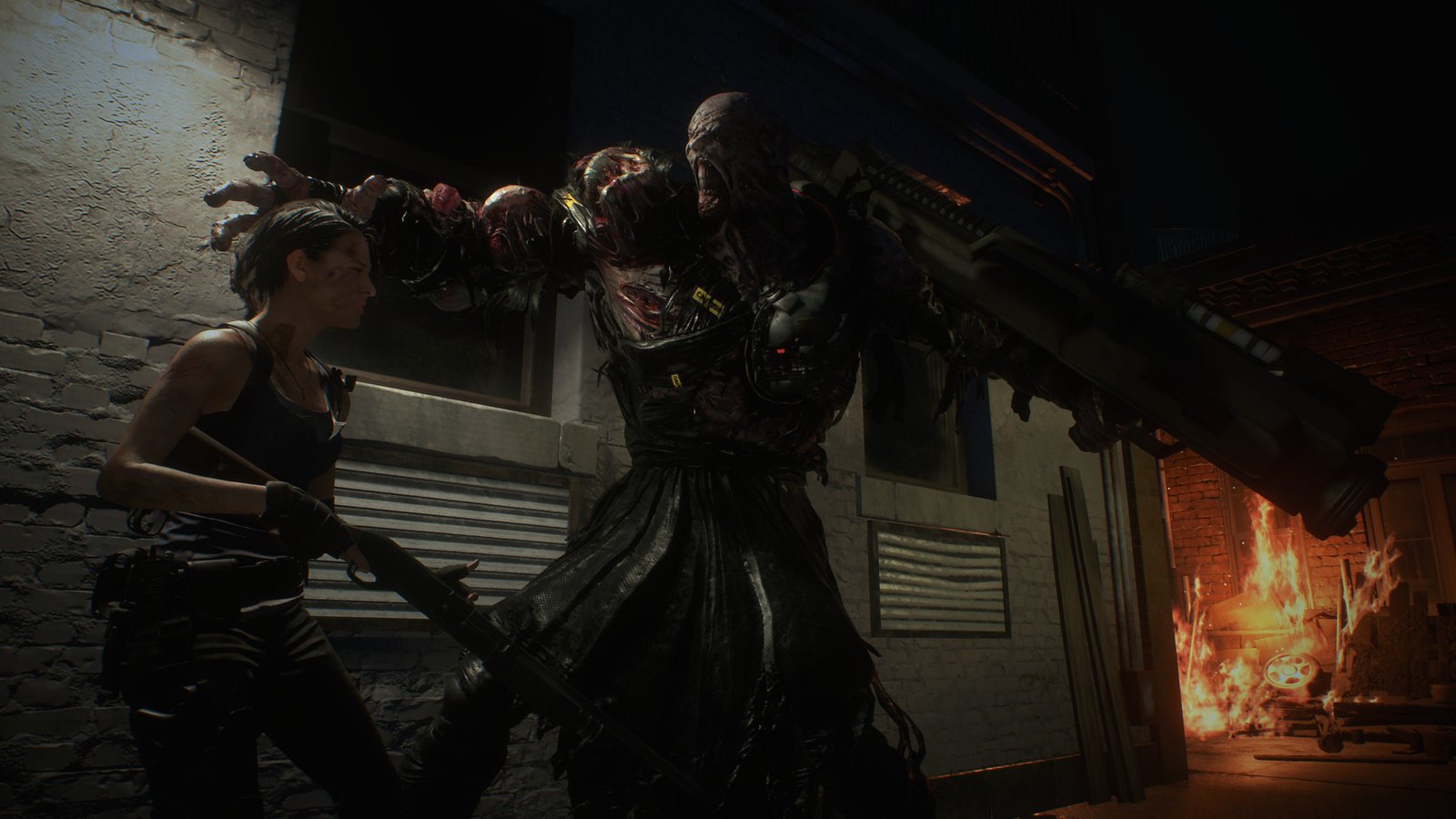 Jill should keep her distance from Nemesis at all costs. If his 1999 iteration is any indication – he’s faster than he looks. 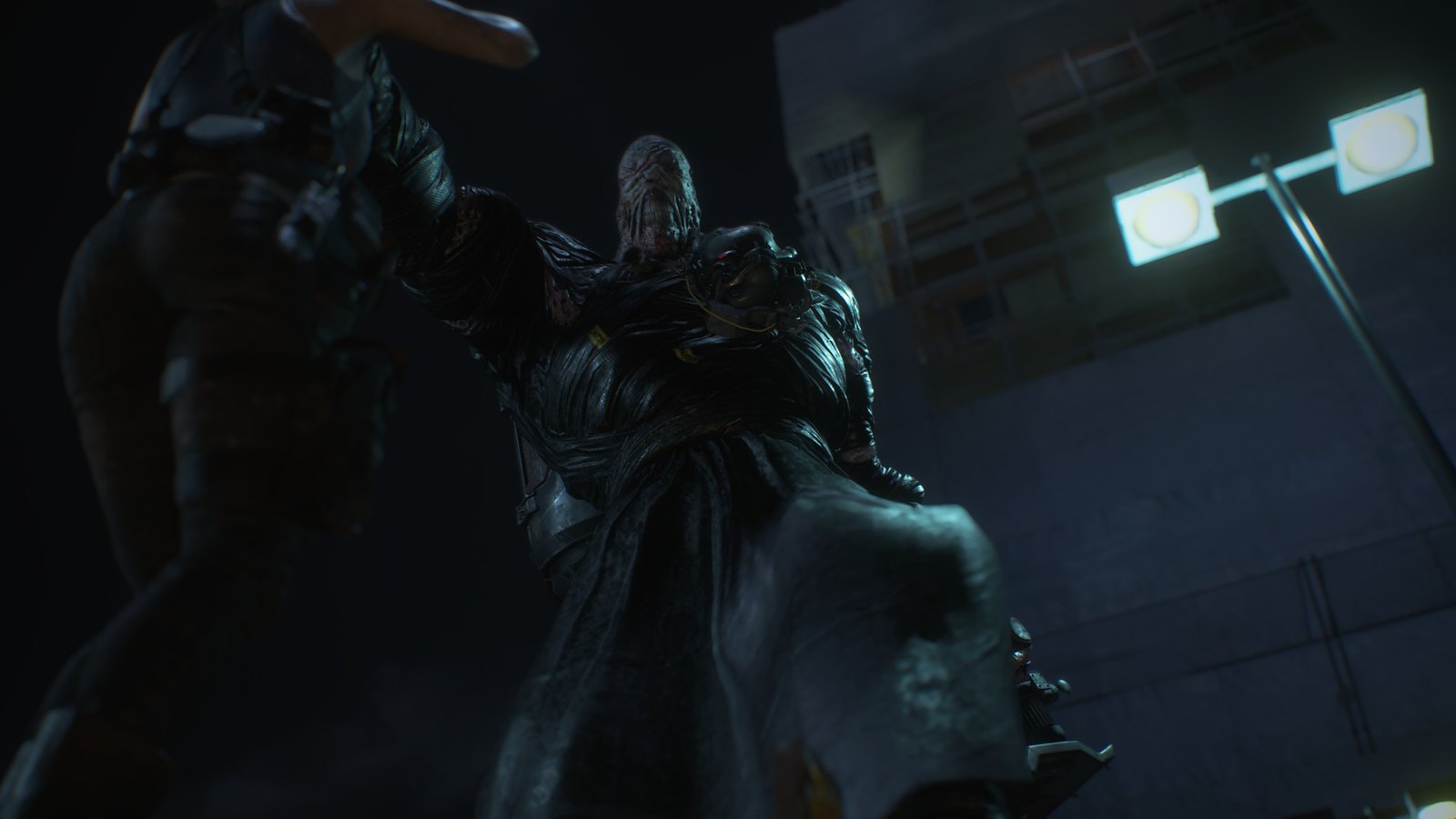 In the 1999 original, Nemesis could prematurely end Jill’s escape by grabbing her head, lifting her aloft, and unleashing one of his infectious tentacles through his palm. Does that lethal technique return in the RE3 remake? 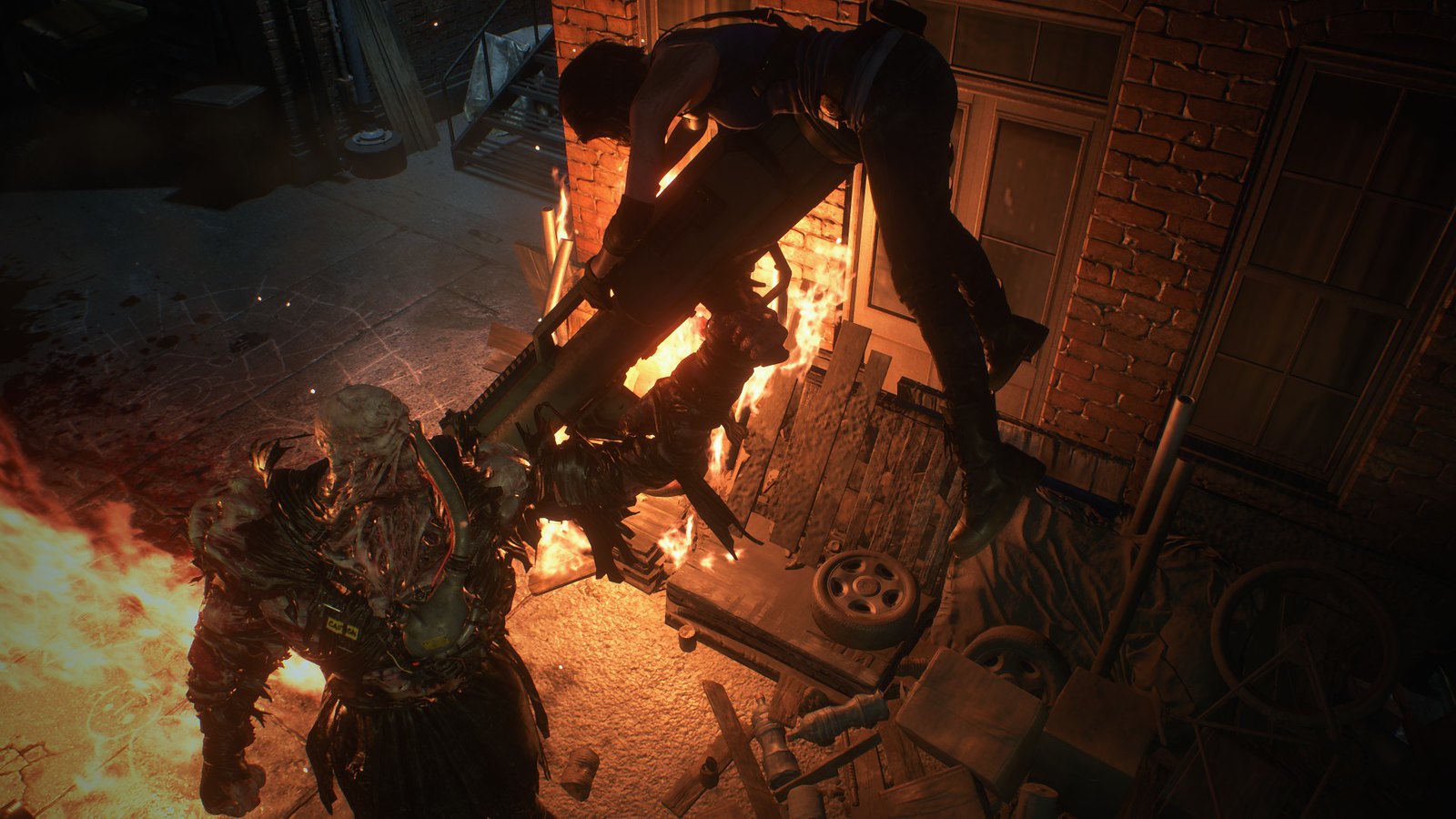 Nemesis gives his hand a rest and lifts Jill into the air with the business end of his rocket launcher. This is objectively a bad situation for Jill Valentine. 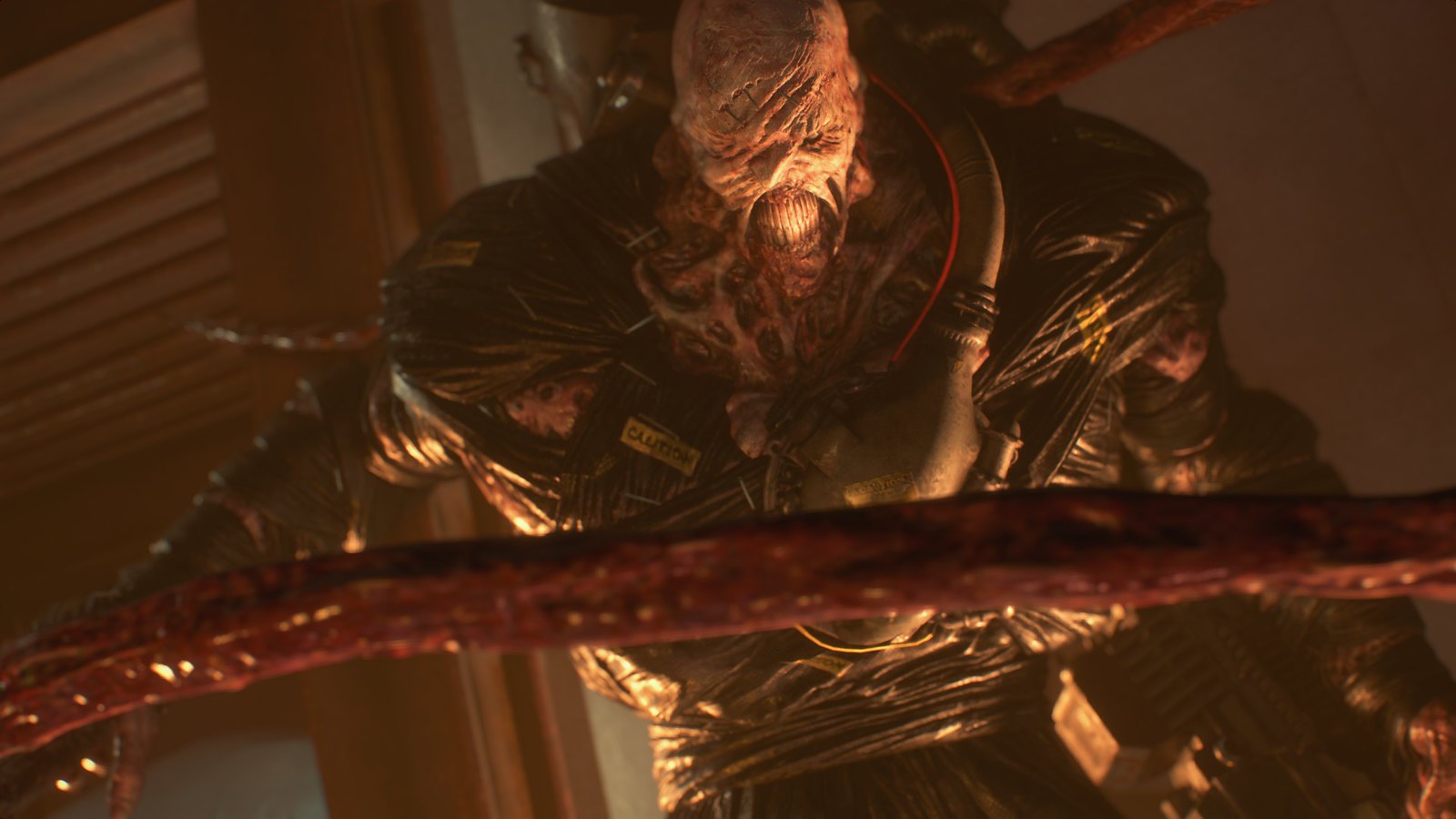 Speaking of the bio-weapon’s tentacles, this screen shows Nemesis’s whiplike appendages in action. 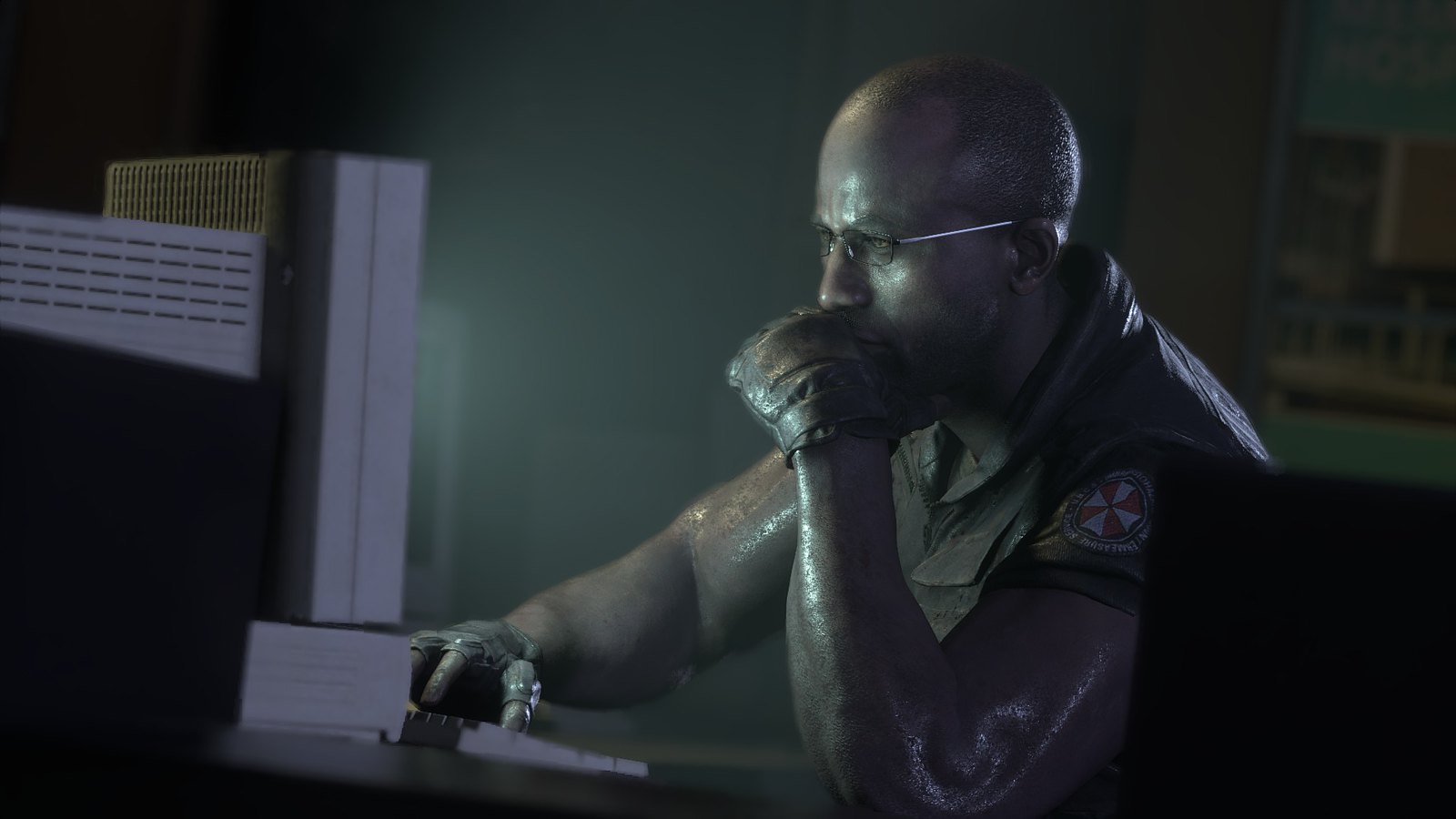 The trailer and screens offer a closer look at the Umbrella Biohazard Countermeasure Service (U.B.C.S.). Here we see Tyrell. Will Jill find some shaky ground on which to cooperate with these soldiers representing the insidious Umbrella Corporation? 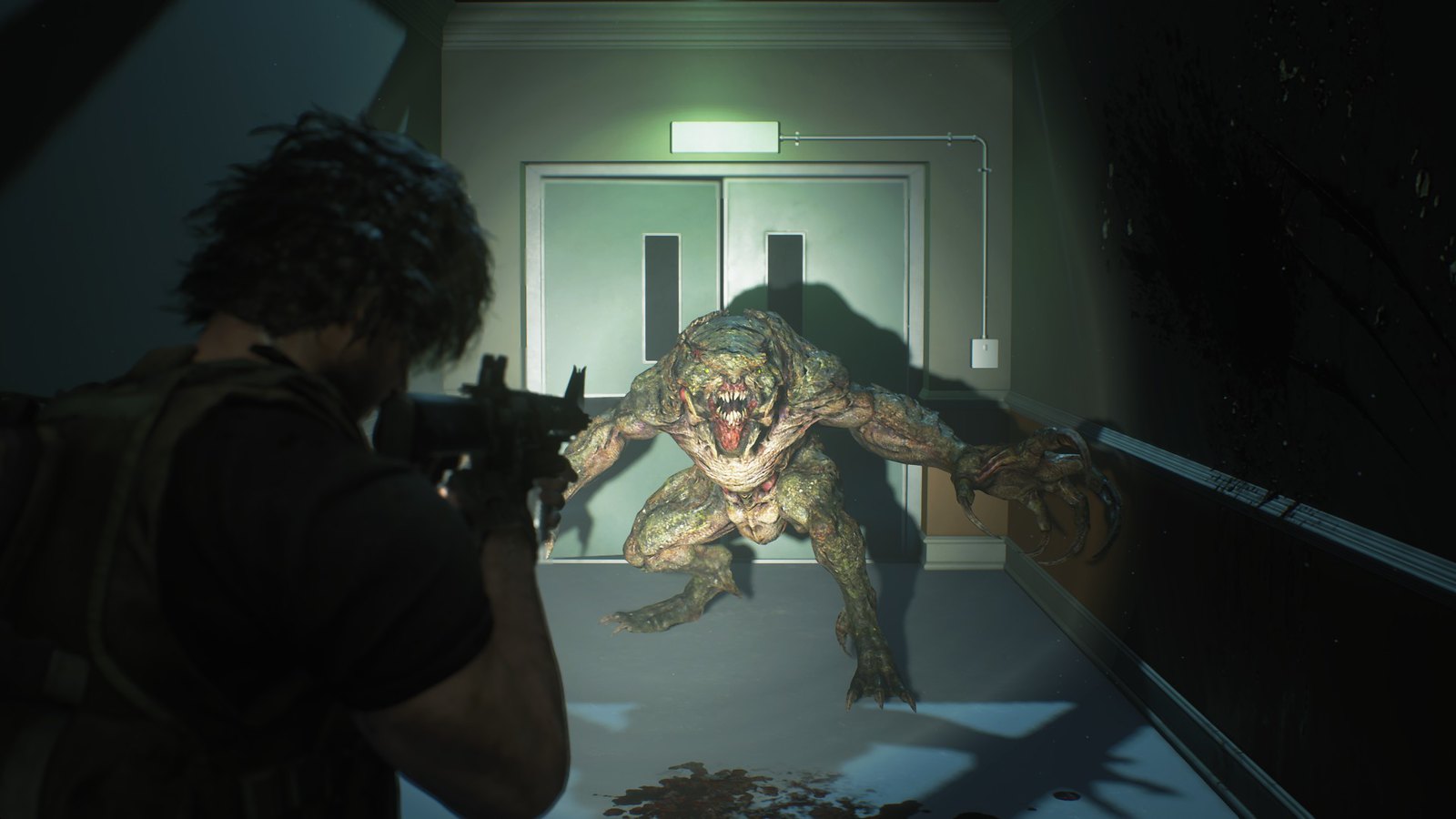 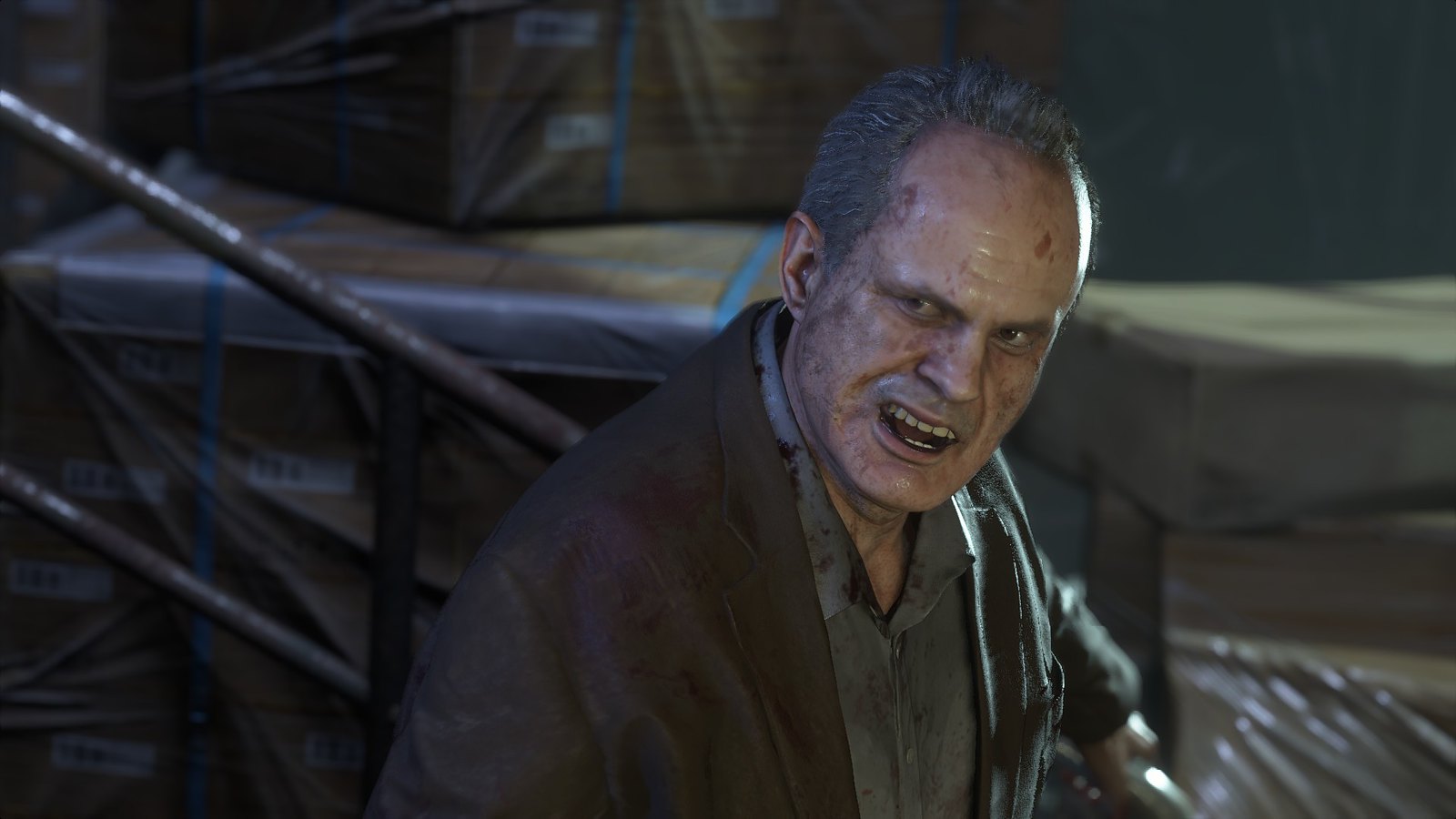 The enigmatic Dario makes his return in the remake. In the 1999 original, he’s one of the first survivors Jill encounters. Will he have a similar role in the remake? 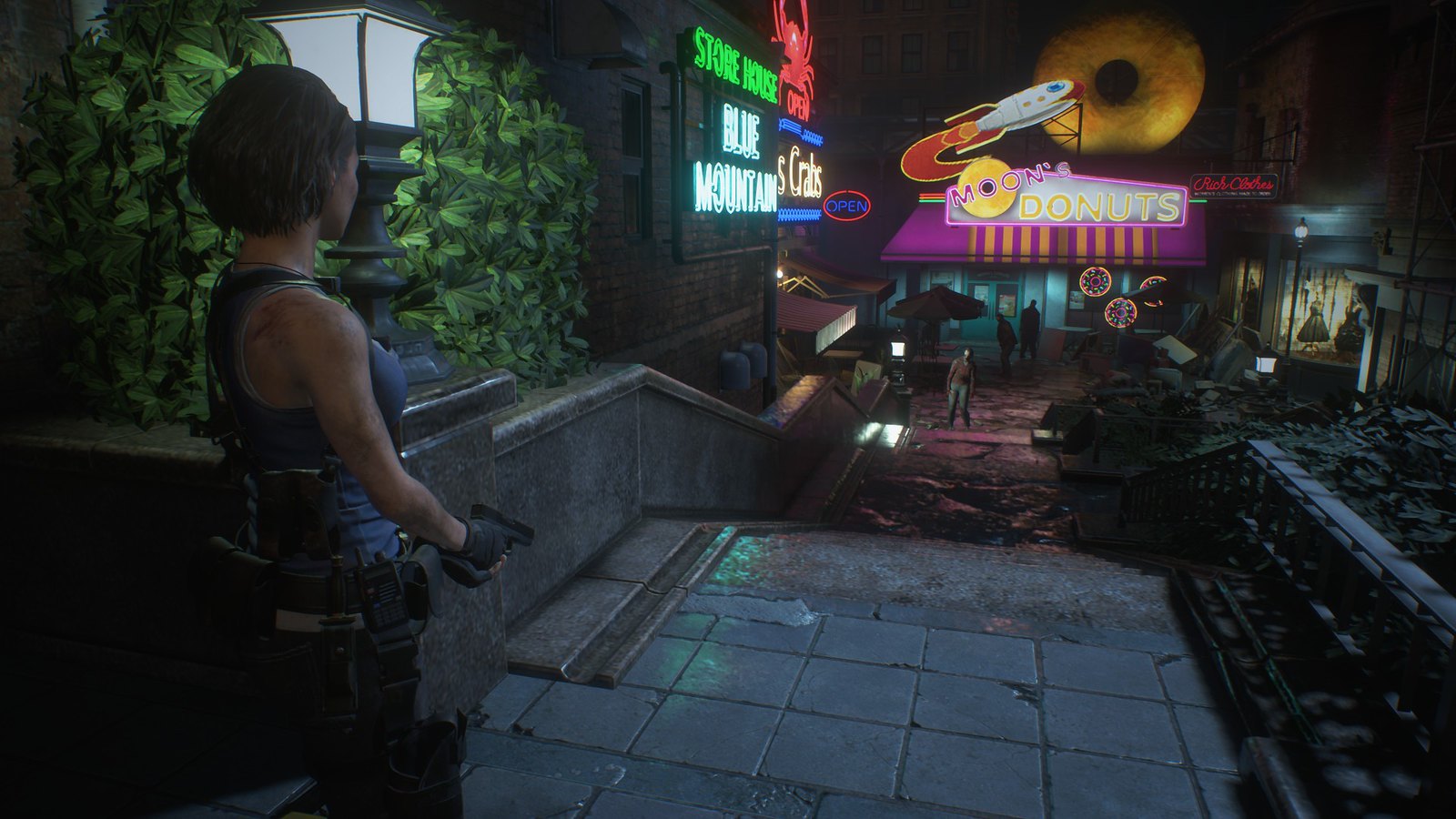 In the mood for seafood and/or donuts? Resident Evil 3 offers glimmers of the destinations Raccoon City once provided its inhabitants.

Check out the full gallery here for a look at new character Murphy, Nemesis in action, and more shots of Raccoon City. Resident Evil 3 hits PS4 on April 3, packed with the asymmetrical multiplayer experience Project Resistance.