Hello everyone! A new free update is releasing this week for all No Man’s Sky players. We’ve called it The Abyss, because it’s a seasonal update and re-imagines underwater gameplay focusing on some of the scarier elements of No Man’s Sky.

No Man’s Sky NEXT launched just a couple of months ago. We have been absolutely overwhelmed by the positive response. We are excited to be on this journey with you.

We have been adding new free content, community missions and improvements to No Man’s Sky every week. From small features like allowing players to customize body shape, to large gameplay additions like the Pilgrim motorbike, and companion features such as addition of discovery leaderboards to the Galactic Atlas, allowing the community to track progress between factions.

Whilst we want to continue to do this, we are also still releasing major titled updates, starting with The Abyss.

The variety and visual quality of underwater biomes has been greatly improved. Experience rare exotic aquatic biomes as you explore new depths.

Underwater creatures have become more frequent, and more interesting. Aquatic life inhabits the full depth of the ocean, and unique terrifying creatures can be encountered on the ocean floor.

A new story, The Dreams of the Deep, brings a new context to the depths and a dark narrative to No Man’s Sky. Discover the fate of a troubled crew stranded from a freighter crash by the rising tides, or explore underwater ruins to uncover the tale of a lost soul trapped deep beneath the waves. 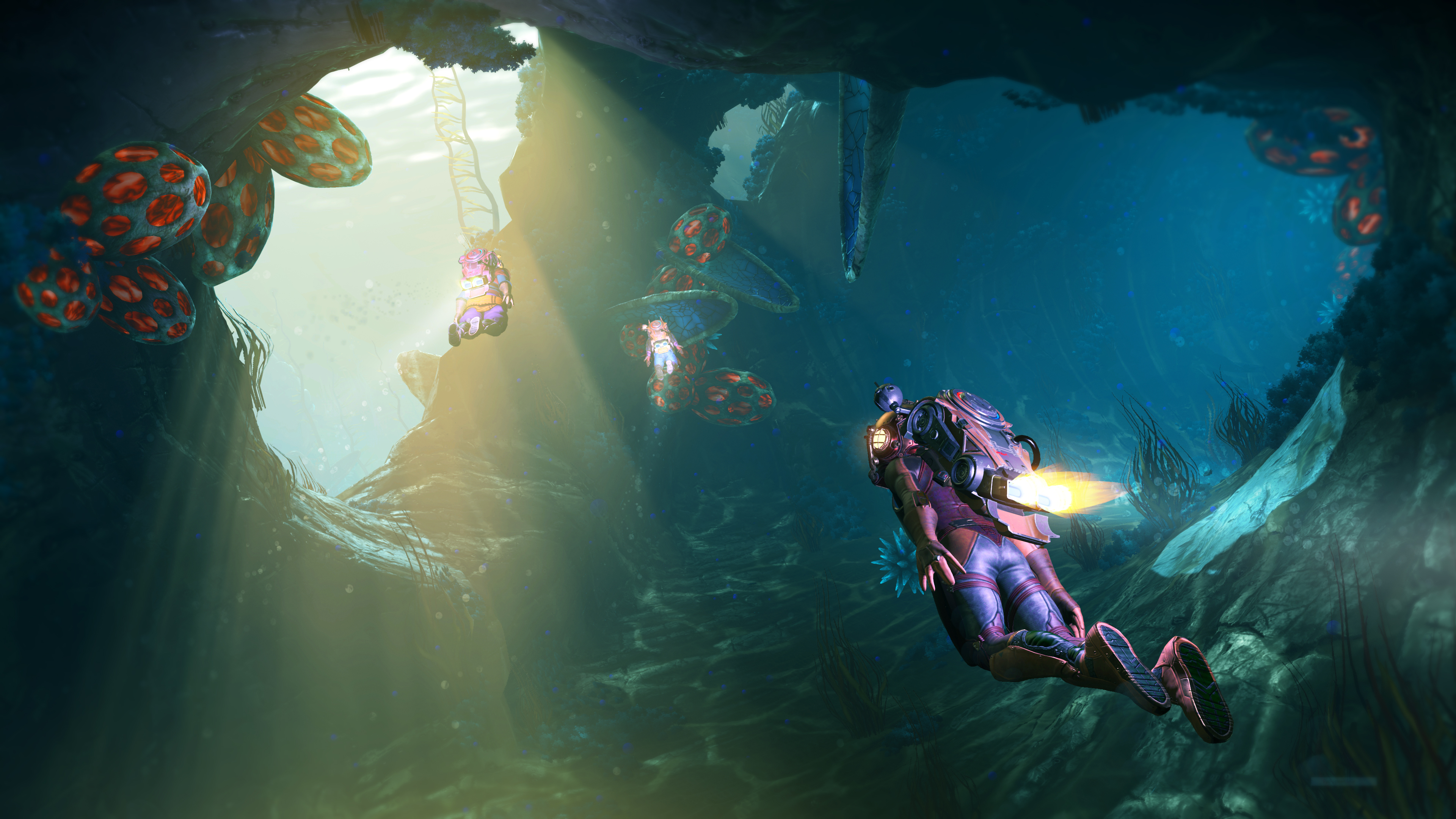 Investigate sunken ruins and find ancient treasures or dive to submerged buildings to find remnants of their lost occupants. Discover and scavenge lost cargo from gigantic freighter wrecks. Use the terrain manipulator to excavate treasures buried in the nearby ocean floor. Find and repair rare crashed star ships to restore them from the seabed to the skies. 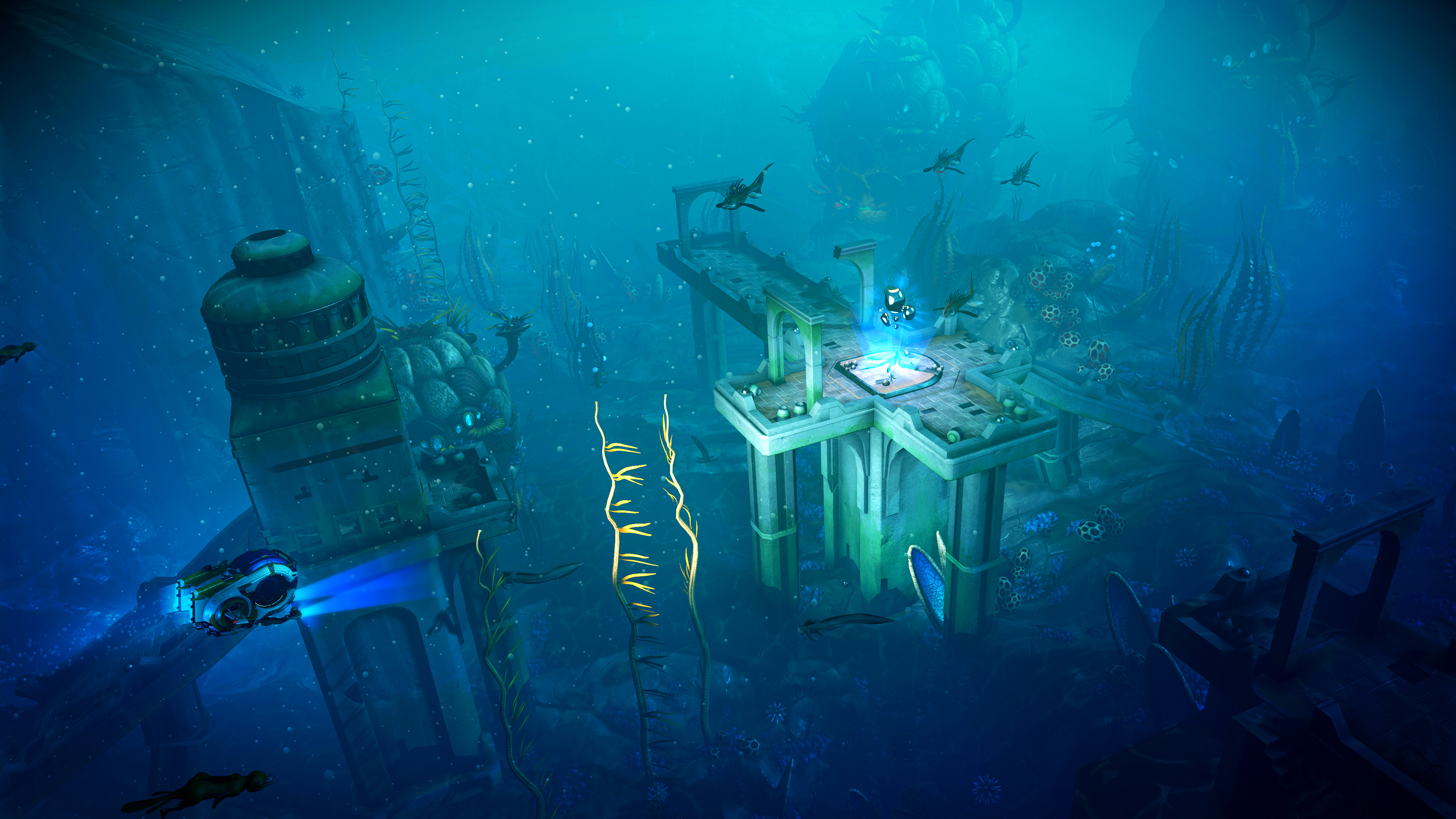 Master the depths of planets using a new Exocraft, the Nautilon. This submersible vehicle give new meaning to underwater navigation, combat and mining – and can be summoned to any ocean on the planet, as well as docked at underwater buildings. Upgrade your submersible with installable Submarine Technology and customize the Nautilon to stand out from your fellow explorers. 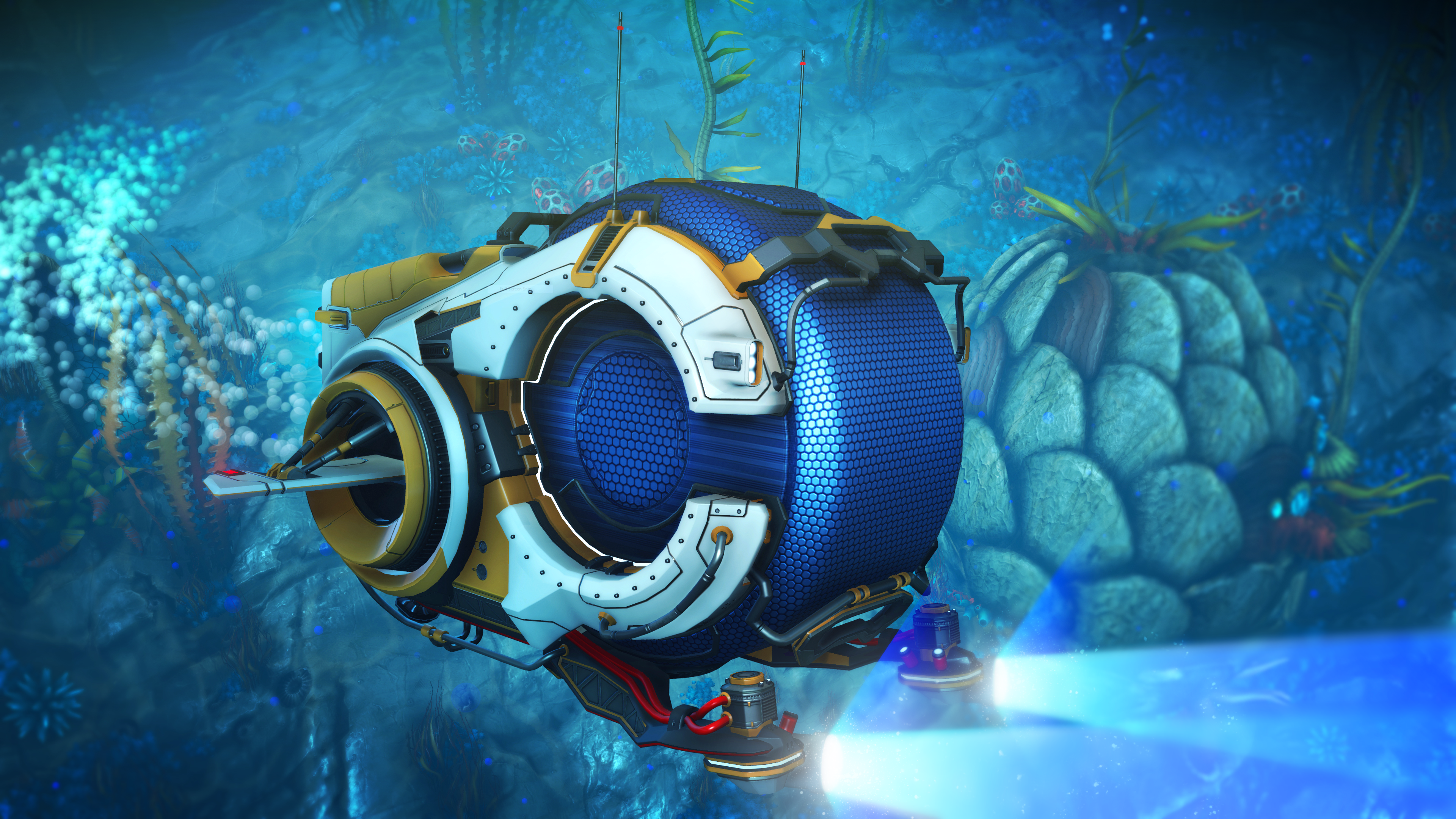 Over a dozen new base parts have been added to unlock more creative possibilities underwater. Construct the new Marine Shelter for brief respite from the oceanic pressure, and use its protection to reach new depths. New glass corridors, viewing bays and multistory submersible view domes provide travelers the perfect view of the surrounding ocean. Bring aquatic life into your habitat with a decorative indoor Aquarium.

We hope you enjoy this and what follows – and we look forward to meeting you out there! Our journey continues.