Hello, everyone! Visions is a new free update releasing on Thursday for all No Man’s Sky players. We’ve called it Visions, because it reimagines our universe, introducing new environmental biomes, new planet types, more colourful worlds, new fauna and flora, archaeology, salvaging, and much more…

Just last month we launched The Abyss, which completely changed underwater in No Man’s Sky. We are excited to now make the planet surface far more interesting and varied to explore.

The variety and diversity of planet surfaces has been greatly improved. Millions of previously dead planets have now burst into life, creating a weirder, more surprising universe to explore.

Mysterious artifacts can be found on alien planets, which can be collected as mementos and displayed as trophies in your planetary base.

Strange new creatures can be found among the stars, never before discovered by another traveller. Predatory fauna protect their planets from interlopers, with some creatures even masquerading as ordinary minerals. Deadly flora now has much more variety, with carnivorous trap plants and bloated gas flora waiting to snare the unwary and reward the cautious. 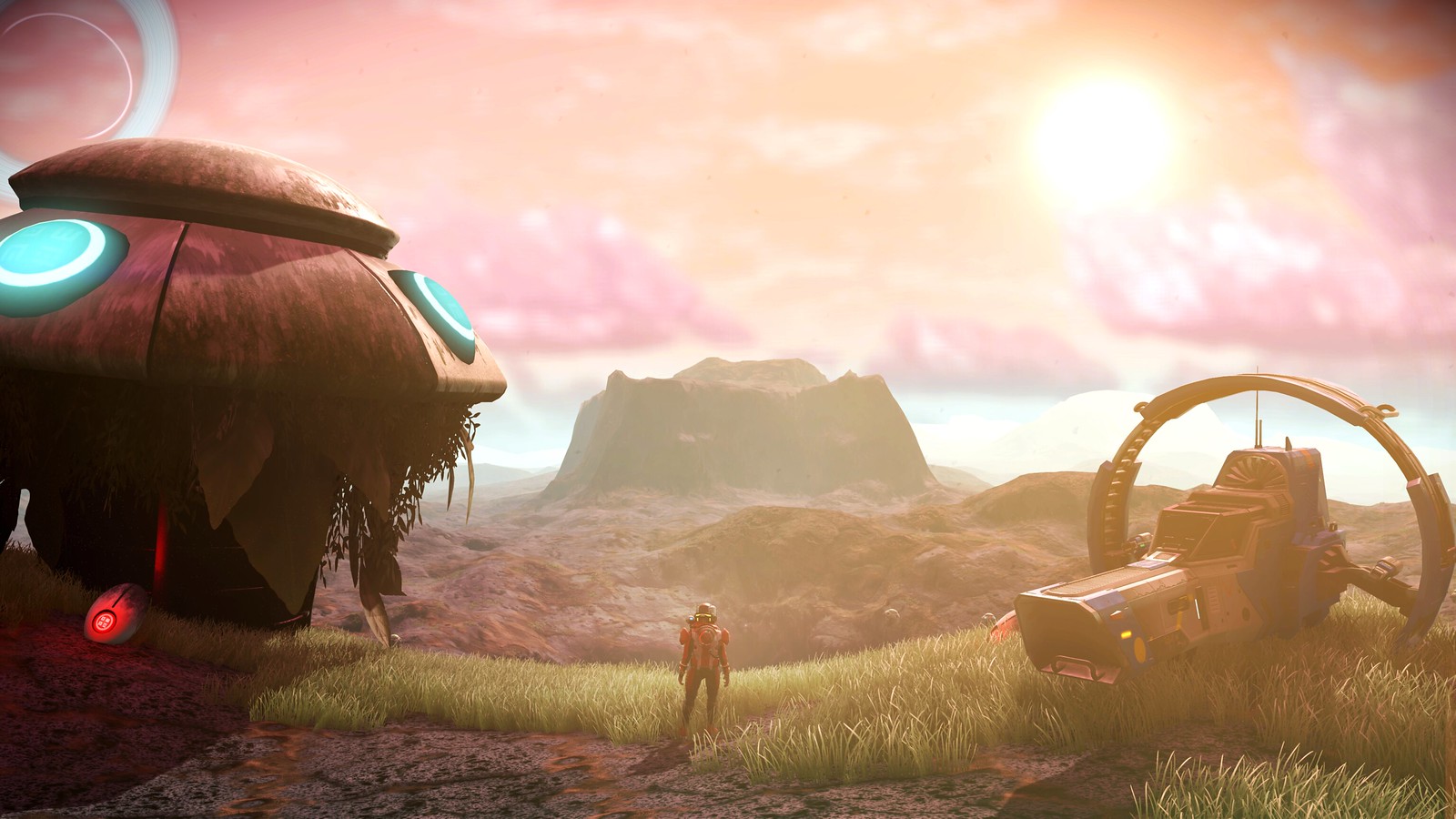 With more varied planets comes more reasons to explore. Unleash your inner archeologist and search the galaxy for planets containing the ancient bones of alien lifeforms.
Unearth the long-forgotten remains of fallen satellites and scrap them for salvagable parts, but risk drawing the attention of new, challenging, corrupted sentinel drones.

Those who endure the hazardous storms that blast extreme planets can seek out precious new crystal treasures that only light up during the worst weather.

The universe has become more alien, vibrant and exciting to explore. New shades of sky, grass, and water enable more unique worlds and a more diverse set of science fiction aesthetics. Atmospherics and skies have been improved and rainbows have been added to the range of weather effects. 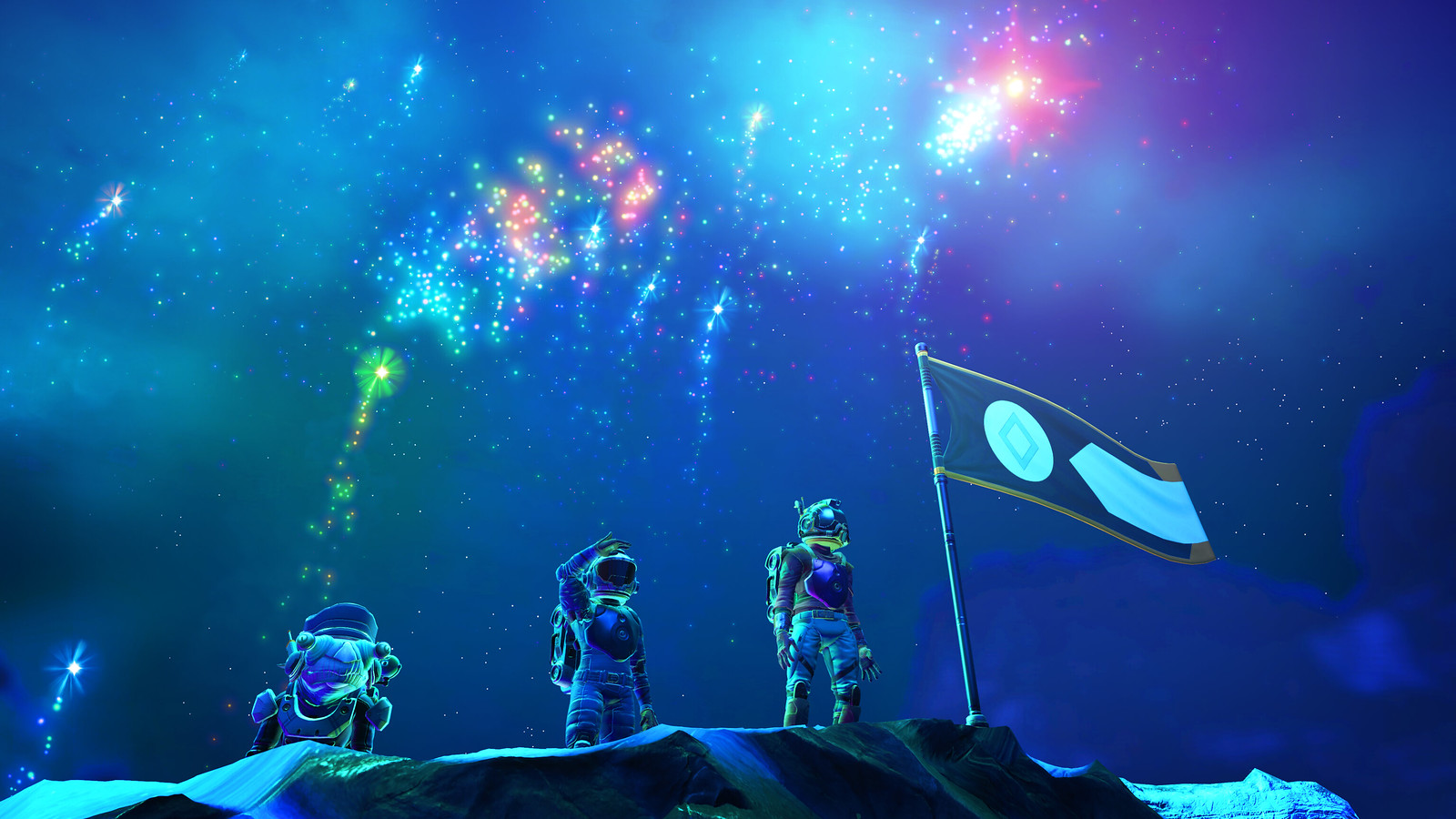 A new Community Research mission allows explorers to share progress and work towards a common goal. Discover the Visions universe together to unlock the new Eye of the Korvax helmet, as well as well as new emotes, building parts and a range of fireworks to celebrate any occasion.

We hope you enjoy this and what follows — and we look forward to meeting you out there! Our journey continues.

NX Reveals Itself as Nintendo Switch