No Code is what I’ve always called a ‘scrappy’ studio. It’s been our way since the start, and has become something that enables us to do big things with small teams. It’s not about being ‘messy’ or cutting corners, but about finding innovative solutions to problems that might at first seem odd, allowing us to accomplish more than what a team of our and size should realistically be able to.

Observation, releasing on PS4 tomorrow, is full of these types of solutions. Whether it’s methods of allowing designers and artists to build shippable gameplay, or ways to give our small art team the ability to generate so much more high quality content than we thought possible — making games at No Code is certainly a unique experience.

Finding creative solutions to animation requirements in particular is one aspect that has helped shape Observation into the cinematic adventure we hoped it could be. With only one animator, we needed to develop a large number of animations, from AI/Gameplay navigation, to convincing and captivating cinematics, that all needed to be in zero gravity. All this while keeping development time and cost inline with our budget.

Zero-G on a Shoestring Budget

A lot of the more cinematic moments took inspiration from big budget space films such as Gravity or Interstellar, where large production teams push and pull actors using complex pulley rigs in a believably zero-gravity way. This was something we definitely could not do in our small Glasgow office, so we had to come up with a plan! 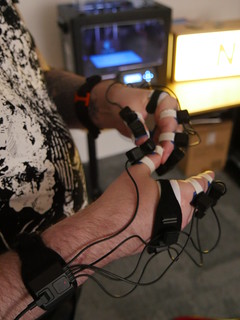 Our Animator, Chris Wilson, has 15 years’ experience in traditional optical-based Motion Capture, and knew this would be our best bet for producing the quantity and quality of movements required for Observation. However, an optical system was out of the question due to budget and space limitations, and using a Motion Capture Production studio didn’t fit with our production schedule. Crucially, it would restrict the freedom to iterate gameplay, script and characters as the game evolved. It would mean we only had one shot to get things right.

Before long, Chris had found an accelerometer-based capture system; a web of wired sensors using the same type of accelerometers you get in your console controllers. The kit was comparatively very cheap, easy to use, and could capture virtually anywhere, with a very fast turnaround from capture to running in game.

What this meant for the team was that a new gameplay or scene idea could be developed, and within hours, Chris could have the suit on, acting out new motions and animation requirements (sometimes just at his desk), and have that content in the game by the end of the day. A lightning-fast turnaround that gave the rest of the team the agility we needed to build something as different and experimental as Observation.

Thinking Outside the Box

To capture some of the actions used throughout the game, we had to think outside the box (and maybe flip the box on its side occasionally), while keeping things grounded. Anything we had available in the studio suddenly became a possibility to be used to capture. Office chairs, various parts of a drum kit, tables, and even a cheap mechanic’s car creeper, were all repurposed to simulate life on a space station.

One example of this, was a scene near the beginning of the game where the game’s main character Emma Fisher wakes up after blacking out from a disturbance on the station. As she wakes up, she is tumbling, spinning gently in mid air, flipping head to toe. 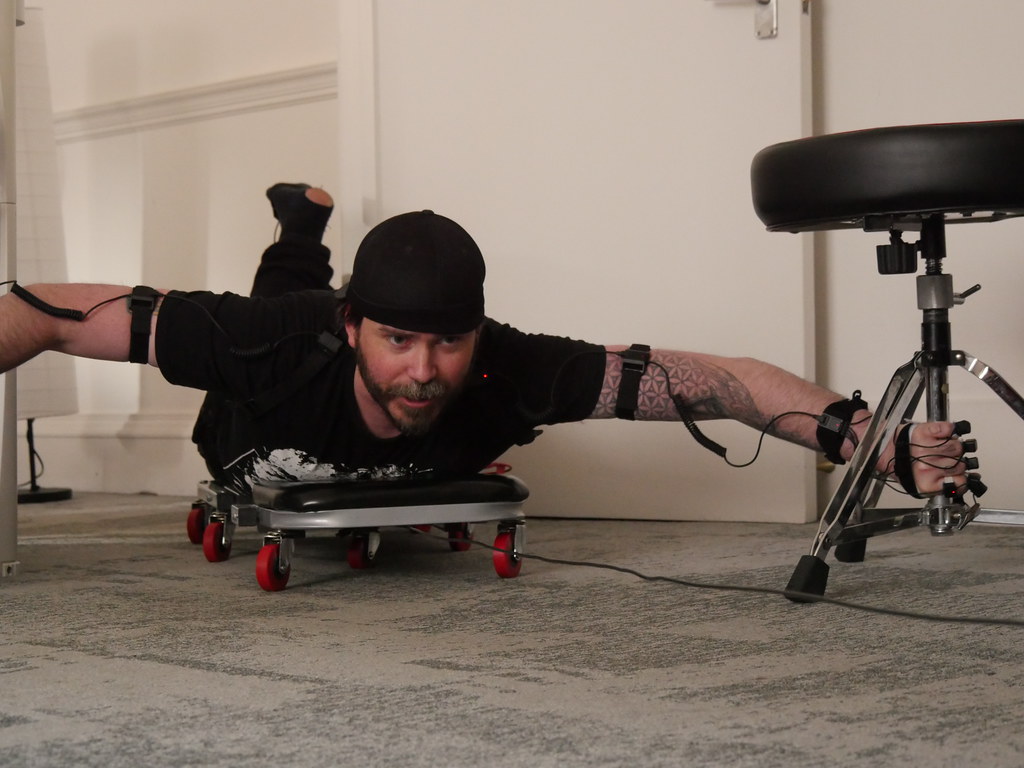 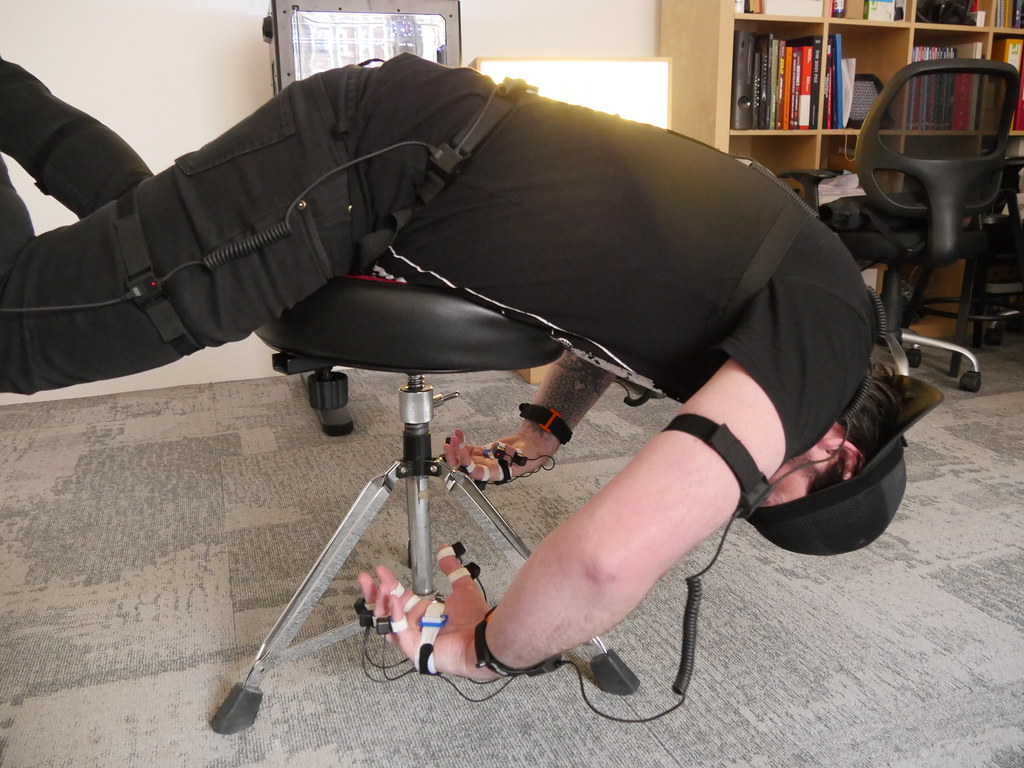 We planned to capture the scene, with all the action being rotated 90 degrees — what was up in the game, was now horizontal. To get this backwards-tumble motion, Chris lay down on his side on a swiveling drummer’s stool, while a colleague would gently spun them around. This was then motion-captured up to a certain point (when the character would wake and steady themselves). This was captured with an upright orientation. These two sections were then rotated, matched, and blended together to make one continuous performance. With no pulleys or motion-controlled supports, just a rotating drummers stool left over from the days of No Code’s band a decade before, we had a convincing zero-g scene.

For facial animation we decided to get video reference of Kezia during her recording sessions. The best way to capture this would be with a Head Mounted Camera. Once again, due to the nature of the project and ideas coming about very quickly, it wasn’t entirely feasible to purchase or rent the equipment as dialogue was written and rewritten; to do this the ‘real’ way would have been way out of our budget.

However, in this case we took some inspiration from a story on the real ISS. Astronauts on board needed a specific gauge of tool to fix an equipment issue, and so they were emailed a file, which they then 3D-printed on the station and used. We could do the same! 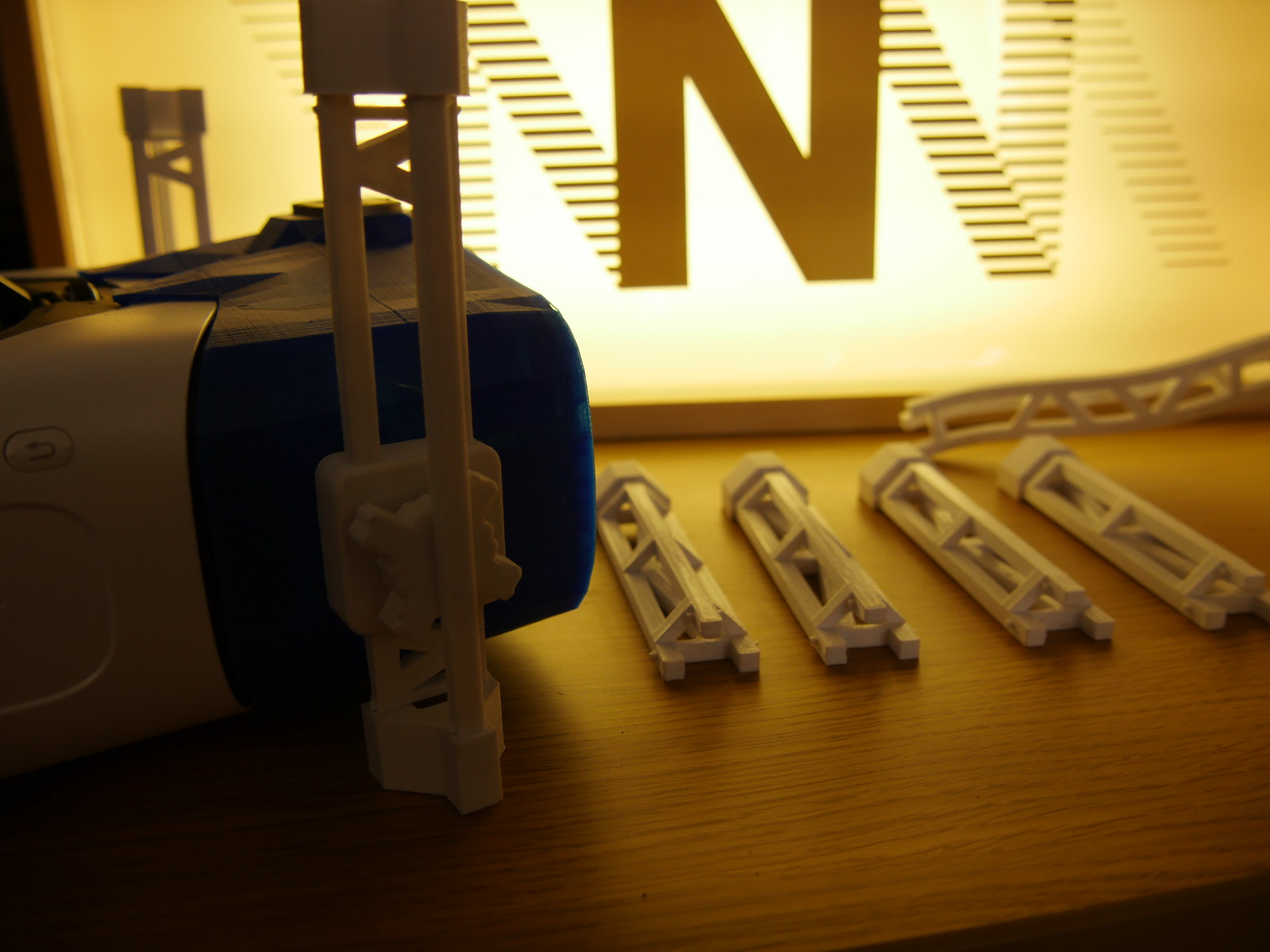 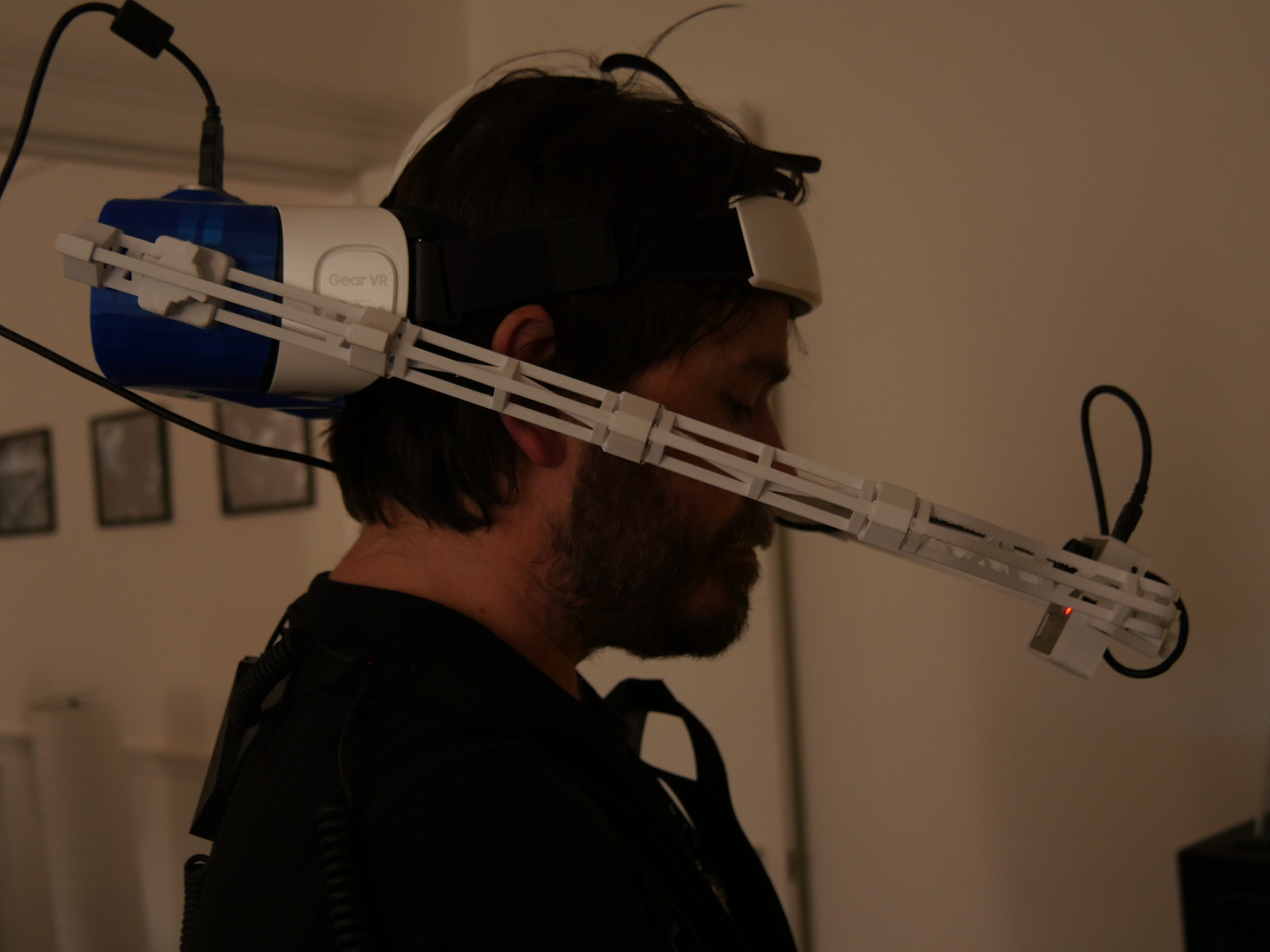 We were lucky enough to have a 3D printer in the studio, so we repurposed an old VR headset (worn backwards), then designed and printed up the components to make a custom head mounted camera rig, using a mounted GoPro to record the footage. Chris took measurements of the headset, and build a modular set of printable components to give us a flexible/extendible head rig which, including the headset, cost about £90 (around $114) to make!

This took us from requiring a piece of equipment that would have cost us thousands of pounds to hire and rehire, to a piece of customized hardware we could design and redesign for whatever we needed.

I hope this has given you some understanding and insight into not only how creative solutions can be found for expensive problems, but also see the outstanding work such a small team has been able to achieve in the time we had for Observation. Looking at the finished game, it doesn’t look like it was made by a small team of 11 people, in a tiny office in Glasgow!

Gaming network Venn will launch with 20 hours of live programming on August 5, 2020