In the upcoming PS4 arena brawler One-Punch Man: A Hero Nobody Knows, players will get to experience the abilities of Saitama, the titular One-Punch Man, as well as discover the story with their very own custom Hero.

Ahead of A Hero Nobody Knows launch on the February 28, we caught up with the Anime producer Chinatsu Matsui, and the game’s producer Yahata Yasuhiro to find out more on what makes One-Punch Man so special.

Why did you decide to make One-Punch Man an anime? What are the strengths of this series?
Chinatsu Matsui: The concept of the world’s strongest man has universal appeal, and I thought people would be drawn to and relate to Saitama because he’s just a regular guy. Besides, I really wanted to see Yusuke Murata’s amazing drawings — particularly the action scenes — in motion, so I decided to produce the anime. Despite the easy-to-grasp setting and plot, the story also deals with complex issues like how to define justice, and delves into the characters and their backgrounds. One of the great things about it is how easy it is to get into, while at the same time being deep and thought-provoking. 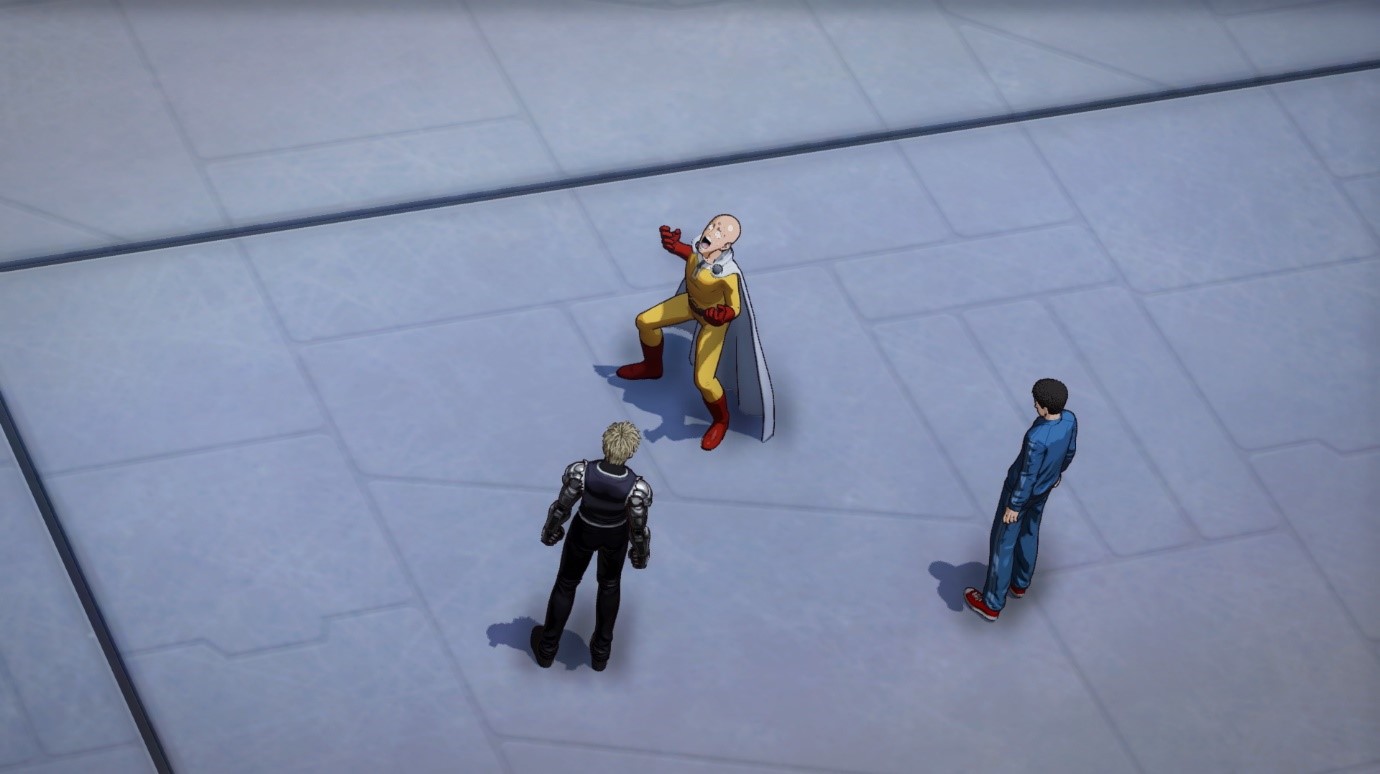 What are the factors that make One-Punch Man so successful?
CM: As I mentioned before, part of Saitama’s wide-ranging appeal lies in him being both the strongest hero and extremely normal; you don’t see that in modern superheroes. Another major contributing factor is ONE’s unique sense of humor, which comes through even in serious moments.

How do you see the evolution of One-Punch Man for the future?
CM: As long as the manga keeps going, I’d like to continue the anime. It’s already popular internationally, but I’m going to put my all into getting it to reach even more people and to capture their hearts.

About the Anime and Game

For someone who is not familiar with the universe, what are the factors that make One-Punch Man: A Hero Nobody Knows accessible to everyone?
CM: I can hardly imagine what it must feel like to control Saitama, the strongest man in the world, so I think that will be a big draw. That and the fact players can explore the world of One-Punch Man as an original hero. 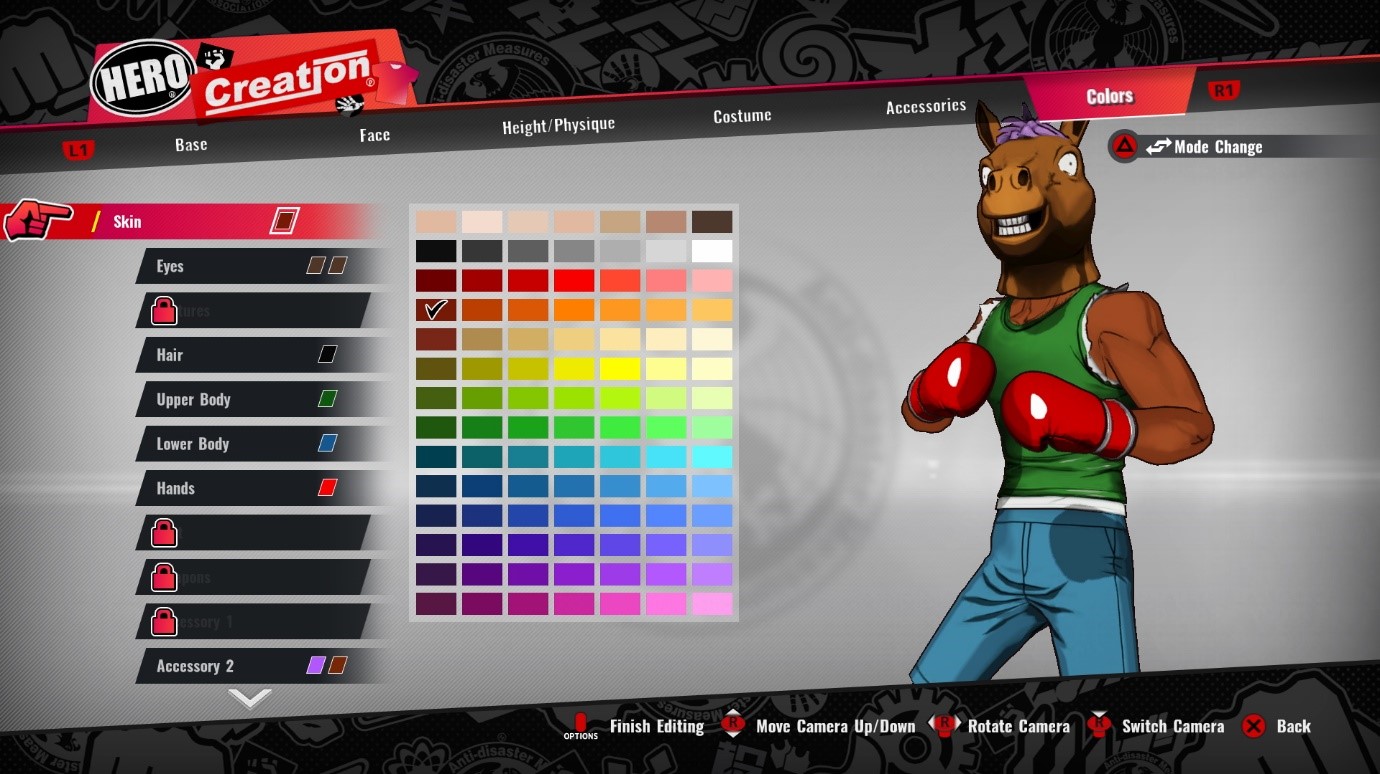 What were your expectations when the decision of making a One-Punch Man fighting game was made?
CM: Right from the start, we received a proposal suggesting Saitama take enemies out in one punch; I was looking forward to feeling how good it must be to do that.

What message would you give to the One-Punch Man community regarding the upcoming game?
CM: The game will make you feel like you’ve stepped into the world of One-Punch Man, so I encourage you to give it a try.

What attracted you in the One-Punch Man universe to turn it into a video game?
Yahata Yasuhiro: I loved the idea of taking the world of One-Punch Man, with all its cool characters and rapid-fire jokes, and making it into a game; the staff and I really had fun developing it. 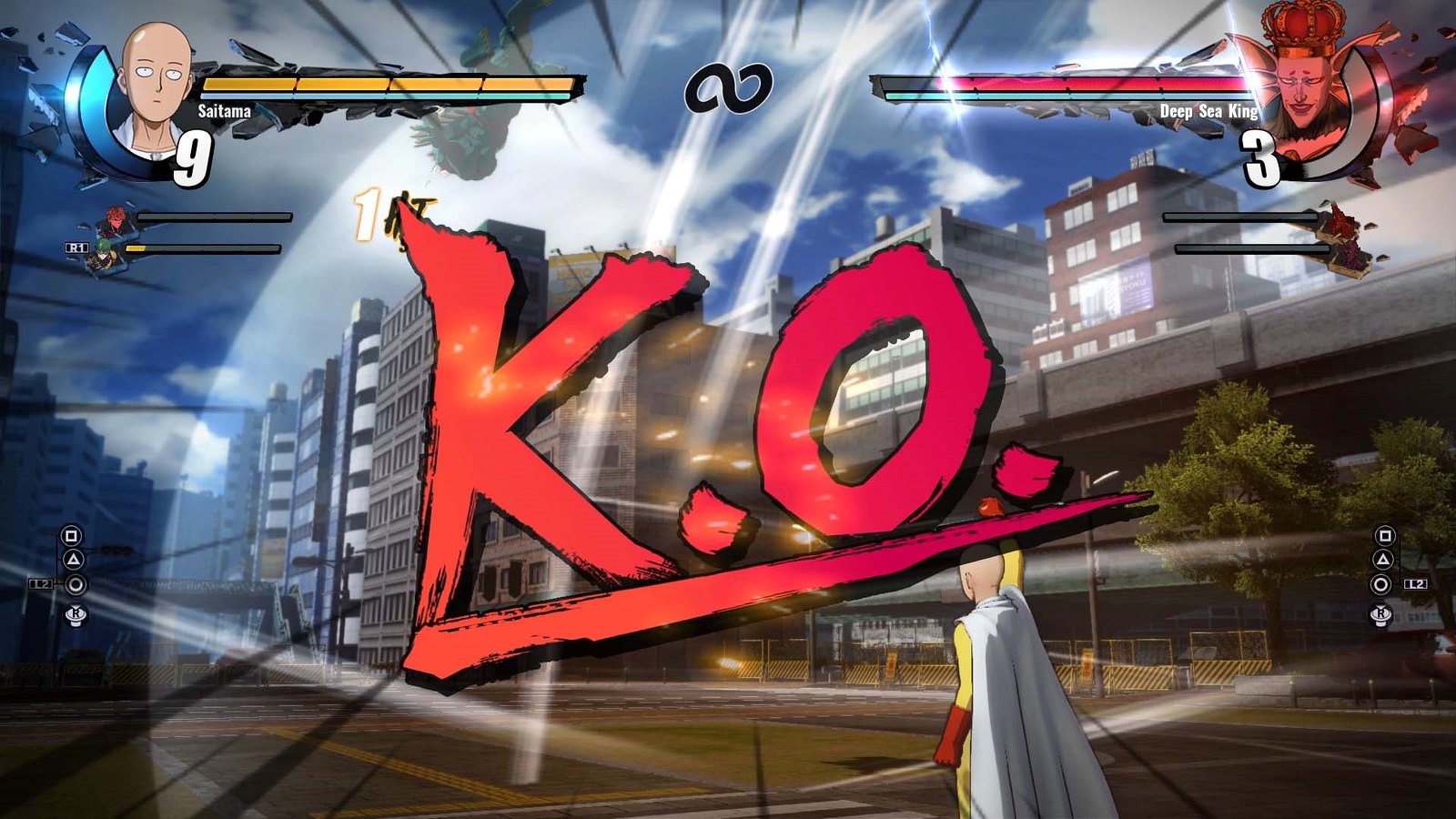 How did you approach Saitama’s gameplay? Was balancing the game a challenge?
YY: We worked extremely hard to find a way to convey the overwhelming power of Saitama, the world’s strongest hero. After a lot of trial and error, we were able to capture his strength from the original the story, while scaling things down to a more even level for PVP — not the usual way of balancing a fighting game!

We do also have a mode where players can fight one another with Saitama at full strength.

Do you think that letting the players create their own character in the One-Punch Man universe was a must?
YY: How could we not? When development started, we considered making Saitama the protagonist. However, he can defeat anyone with one punch, so instead we went for a customizable character who the player uses to dive in to the One-Punch Man world. 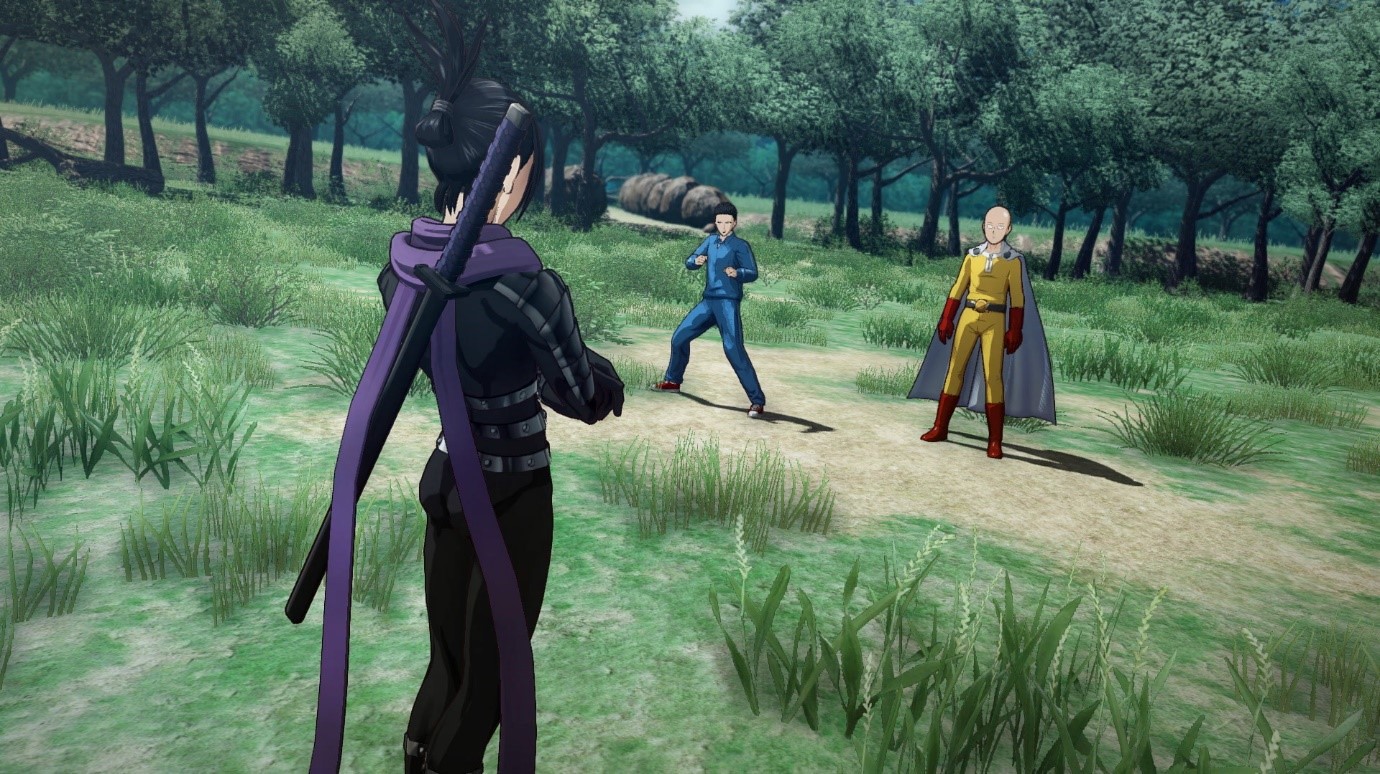 Was it difficult to turn One-Punch Man into a fighting game?
YY: Since the anime features lots of high-quality fight scenes, we tried to aim for that level of quality. We also worked hard to come up with the best way to include Saitama, the strongest hero, in a fighting game.

Was One-Punch Man a real challenge to turn into a game regarding the characters such as King?
YY: King is a Class S Hero widely respected by other heroes, despite having no real fighting ability — something only he and Saitama know. That made him just as challenging to include as Saitama.

After a lot of consideration, we were able to get him successfully in by viewing him as being effective against everyone except Saitama. 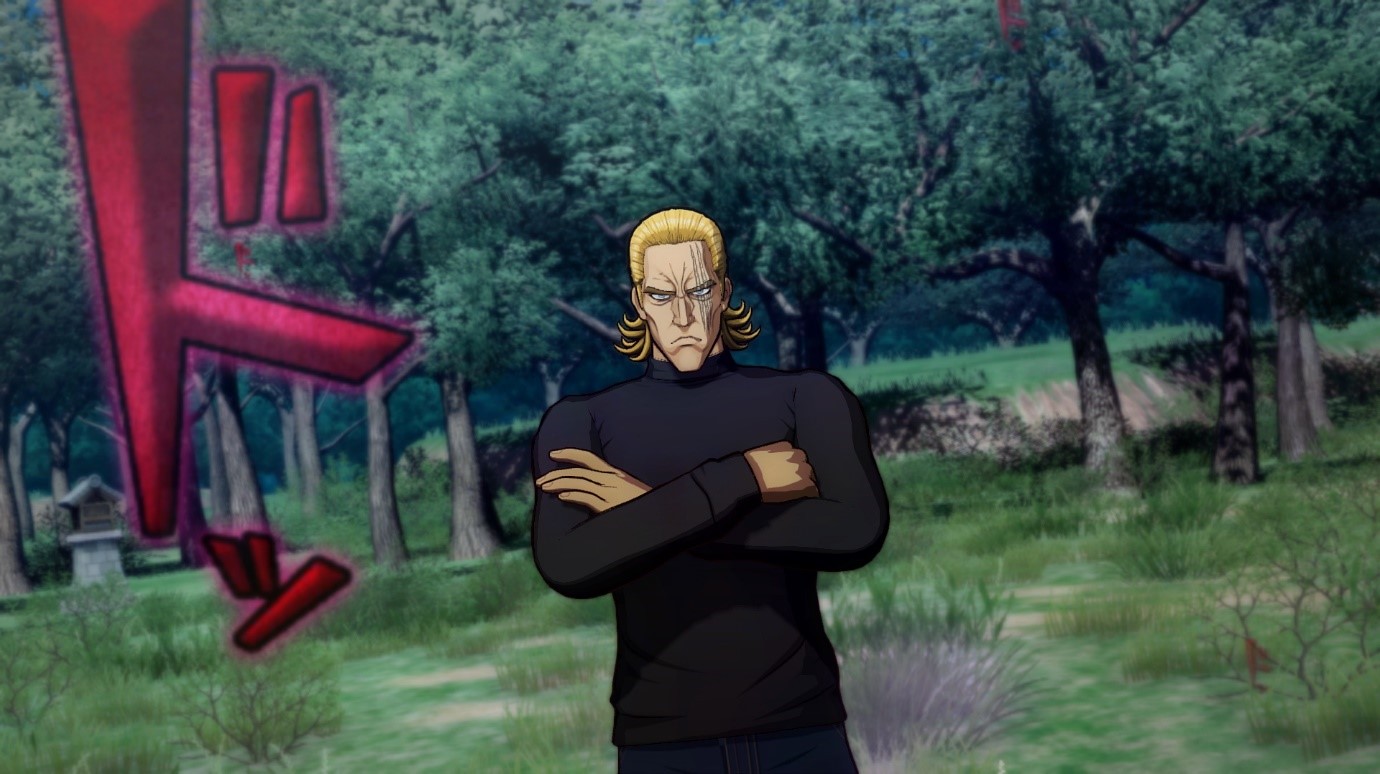 What makes you especially proud of this game?
YY: I’m proud of the quality of the character models. Yusuke Murata, who was in charge of adapting the characters from the manga to the anime, oversaw the process. That’s why the game’s models approach the anime’s level of quality.

Do you have any anecdotes or fun facts about the game production?
YY: The Hero Arrival system, where playable characters arrive late, came from trying to figure out how to create a fighting game where using Saitama would guarantee victory. Right from the start, we also planned to introduce some sort of a cost system into character selection.

What is your favorite character?
YY: I’m a fan of Mumen Rider. It’s cool how he’s aware of his own weakness but still isn’t afraid to step up to an enemy he can’t beat. 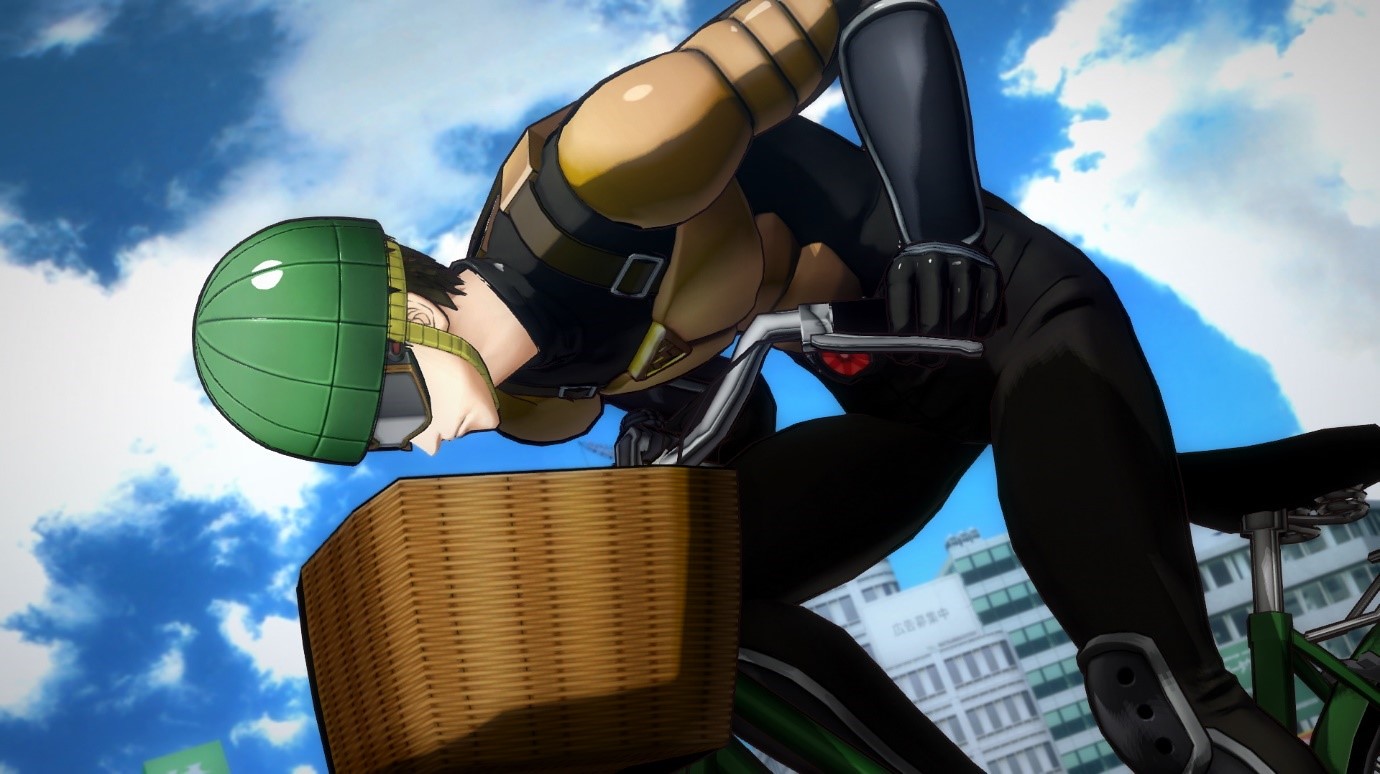 How did you approach the scenario of the game regarding the anime progression?
YY: We started the project with the goal of adapting the first season of the anime, so we were less concerned with the story’s progression and more concerned with finding ways to make the story interesting for fans who knew it.

Because the player character fights monsters before Saitama defeats them, I think the experience differs from watching the anime. 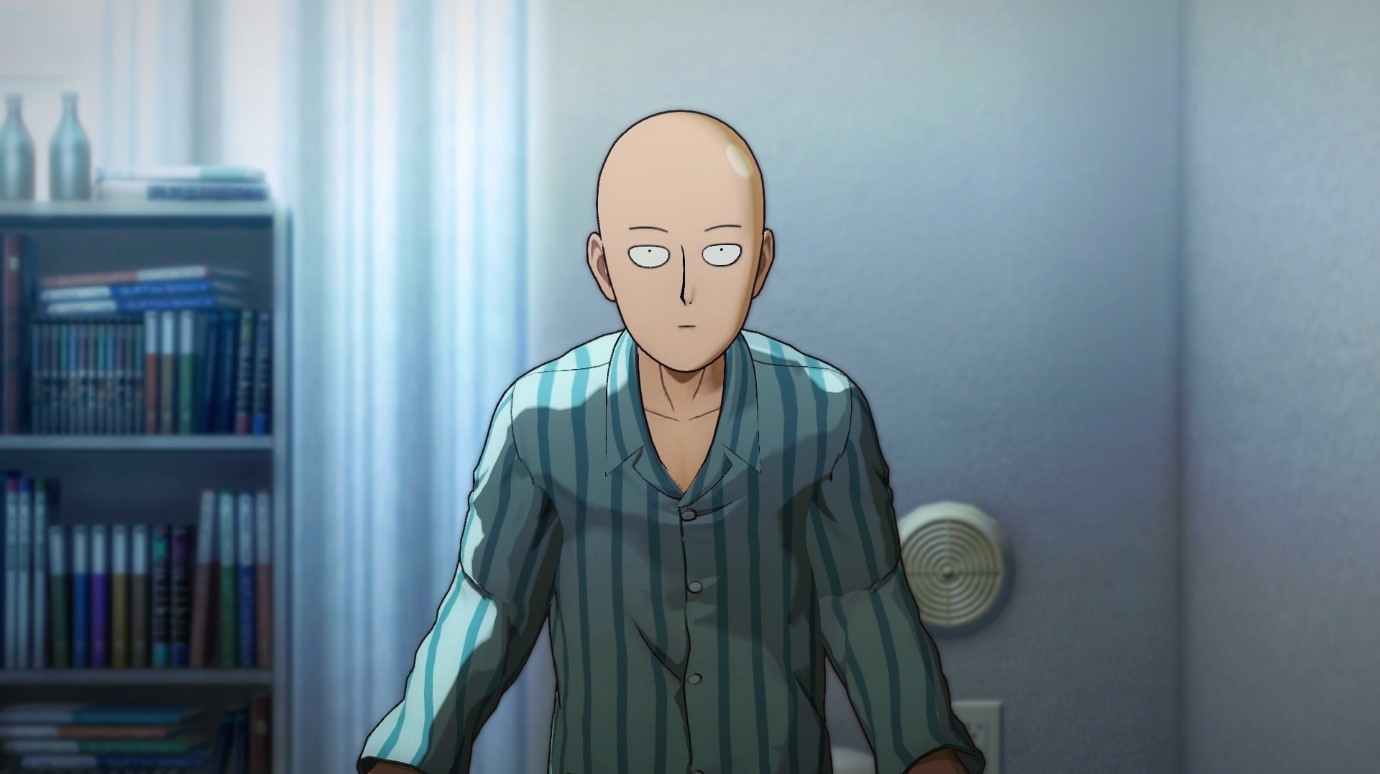 One-Punch Man: A Hero Nobody Knows will be released on PS4 this Friday, February 28.

Xbox One Scorpio: A Twist In The Tale