Hey guys! Damoun Shabestari (aka Shabs) here, Game Director on Firewall Zero Hour*, the team-based multiplayer shooter exclusive to PS VR. We hope you’re all having a great start to the year!

Here at First Contact Entertainment, we’ve been excited to welcome so many new players to the game over the holidays. We’re continuing that momentum by kicking off the year in a big way–with Firewall Zero Hour included as a February PS Plus free game, and today’s launch of Firewall Zero Hour’s fourth season, Operation: Black Dawn!

We’re absolutely psyched to be bringing the game to a wider audience — and with a fresh content drop to boot. Here’s a full rundown on everything you’ll be seeing in Firewall Zero Hour’s Operation: Black Dawn, beginning today: 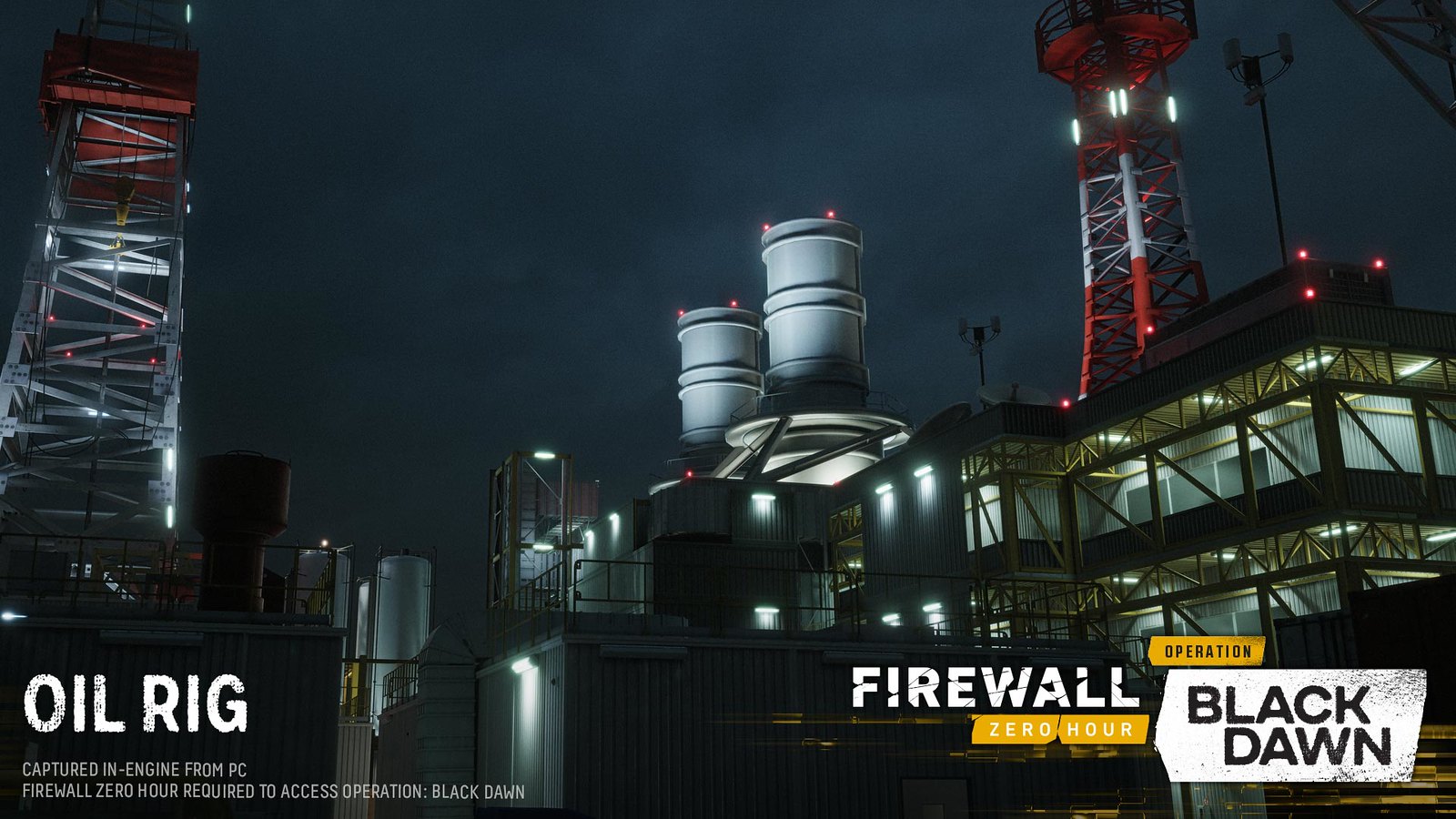 Operation: Black Dawn launches with a brand new map, Oil Rig, available for free for all players. Set at nighttime, on an oil rig in the Caspian Sea, you’ll want to keep an eye out for enemies in the close quarter sections of this rig. Lots of unique cover points to take advantage of, as well as dangerous engagement zones. Players will also find themselves immediately in this scene when loading up the game, as the Oil Rig is the new Lobby environment during Operation: Black Dawn. 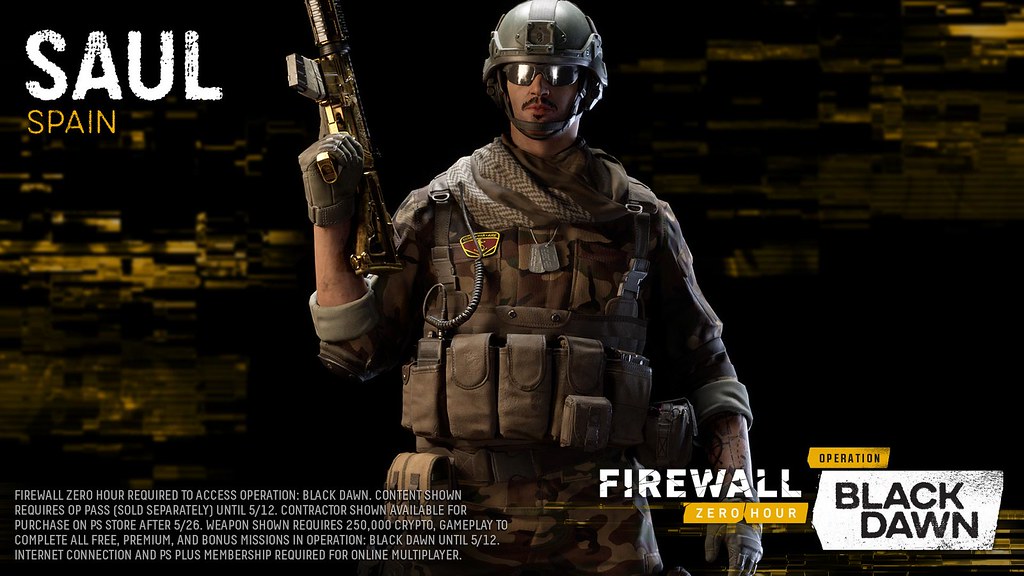 This season brings a brand new Contractor to the roster: Saul. Saul and his Skill are available to Operation: Black Dawn Op Pass holders.** Saul hails from Spain, having grown up in the coastal city of Huelva. An expert on the open water, he enlisted in a Spanish military academy and was later handpicked to join the special forces. His Skill of “Tactician” allows players the ability to pick up planted equipment. Players who enjoy playing tactically are sure to be big fans of this Skill! 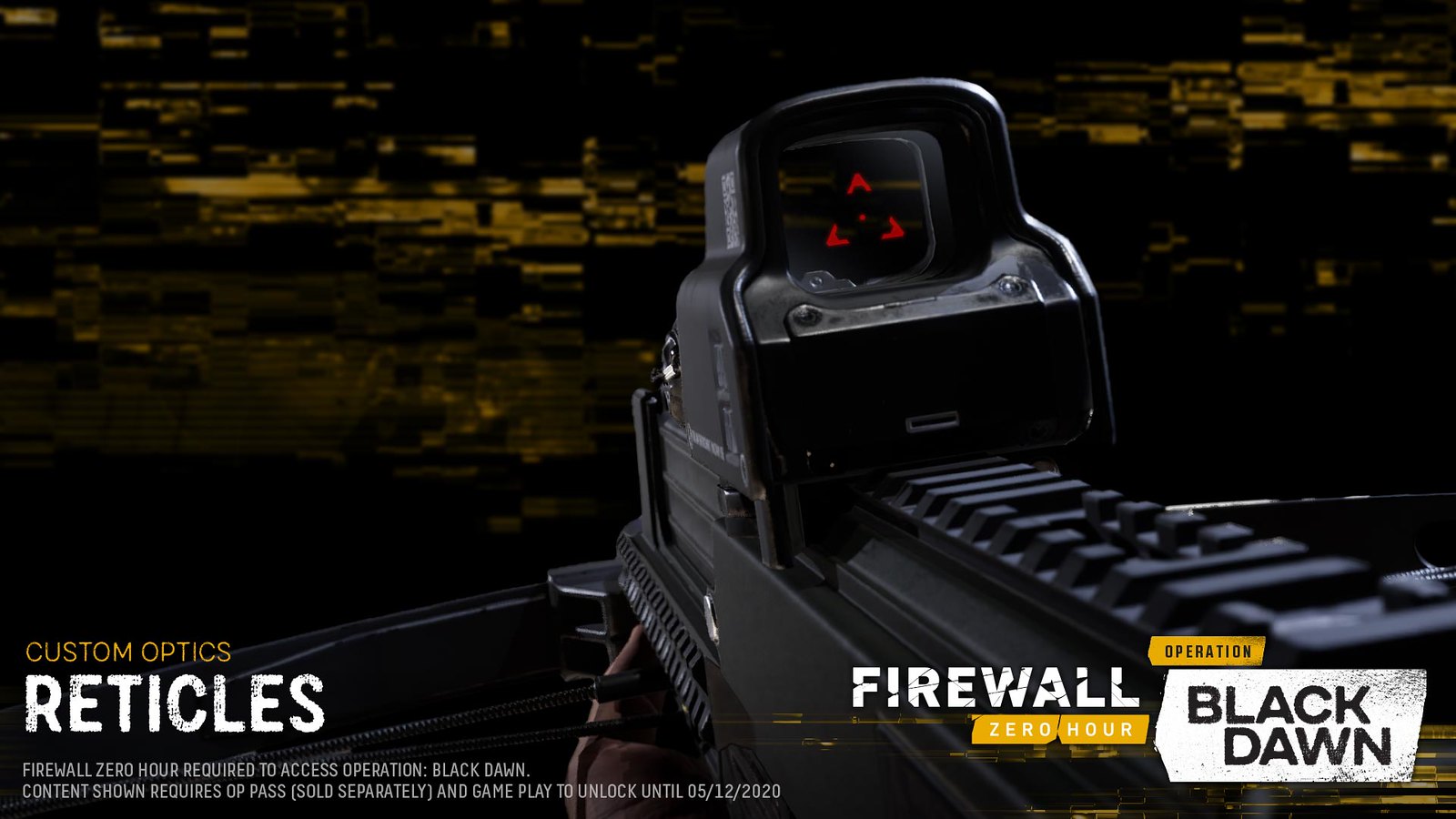 There are 25 new cosmetic Rewards available this season. Upon completion of Missions, a variety of different trinkets, face paints, and camo skins can be equipped by players. In addition to Free Mission Rewards, Operation: Black Dawn Op Pass** holders have access to Premium and Bonus Mission Rewards. This season also marks the first time that graphic reticles for weapons will be available as Rewards for players in Free, Premium, and Bonus missions! 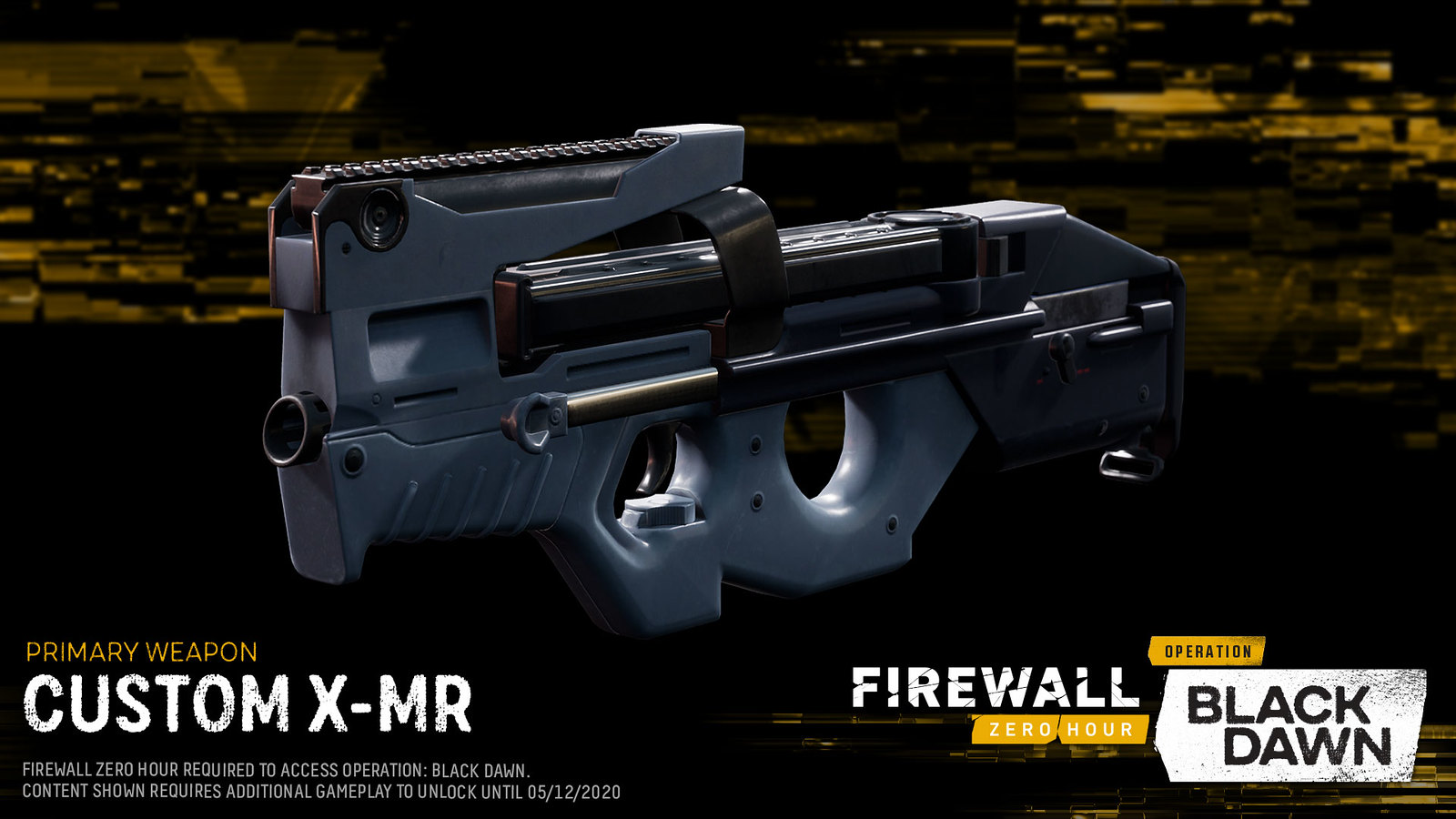 Arriving in Operation: Black Dawn is a brand new weapon, the Custom X-MR, available to all players upon completion of the Free Mission starting February 4. The Custom X-MR is a fully-automatic SMG that packs a punch — perfect for the short-range engagements that you’ll come across on the Oil Rig! 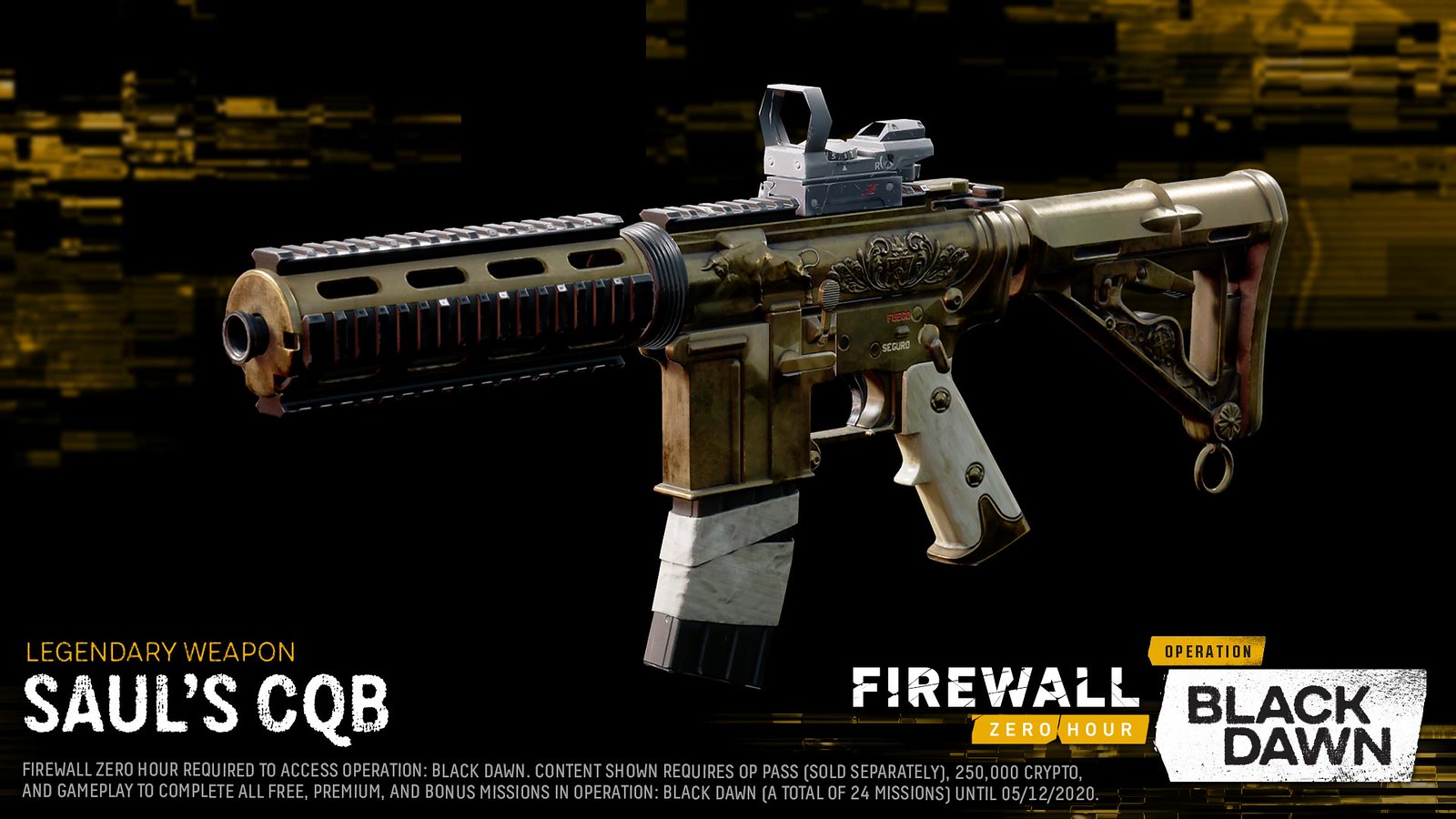 The Operation: Black Dawn Op Pass** allows players access to 16 additional Mission cosmetic Rewards, plus access to the new Contractor Saul, and the ability to unlock the Legendary Weapon Skin after completion of all 24 Missions this season. Hack Keys can be used to instantly complete any Operational Mission and receive its cosmetic Reward — a great option for players who don’t have as much time to play as they would like. If you have any Hack Keys left over from last season (Operation: Heartland), you can use them on Missions this season (Operation: Black Dawn).

Thanks to community feedback, we’re excited to offer new tiers of Operation: Black Dawn Op Pass** and Hack Key bundles in the PlayStation store this season:

As a reminder, Firewall Zero Hour’s Deluxe Pack recently became available on PlayStation Store, released in conjunction with the Digital Deluxe Edition. Great as an add-on for those newer to the game, the Deluxe Pack features some of the most popular Contractors, skins, and face paints released for Firewall Zero Hour since launch.

Whew! Contractors, you’ve got your work cut out for you.

We’re amped to be welcoming even more of the PlayStation community to the game this year. We can’t wait to hear your feedback on Operation: Black Dawn, and watch all the hilarious and unpredictable streams with so many new players joining the fray. Our community has been amazing since Firewall Zero Hour’s launch in 2018. Thanks for your continued support and great feedback!

Terror in the Deep Sea of Subnautica