HOLD IT! Put on your best blue suit and polish your attorney’s badge to a mirror shine, because
Phoenix Wright: Ace Attorney Trilogy is coming to PlayStation 4 tomorrow! Phoenix and company have never looked better thanks to crisp new artwork and an updated UI that brings each intense courtroom battle to life.

You might remember the original versions of these games, with the first one released back in 2005: 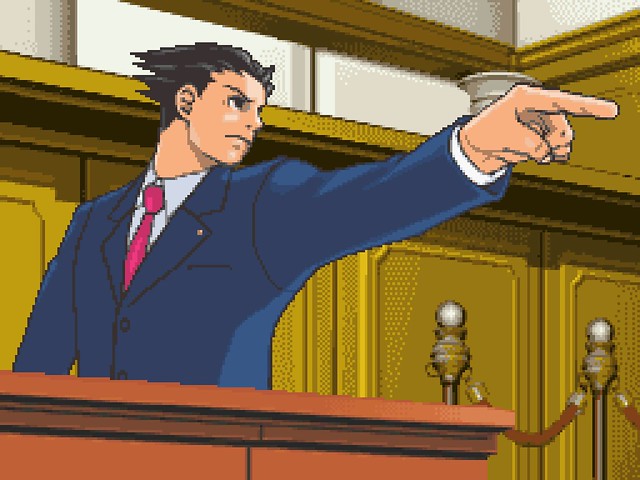 The pixel art looked quite nice for the early 2000s, but as games change over time, so do the graphics that go into them and the screens you can play them on. The team behind the trilogy has worked hard to replace that pixelated Phoenix with gorgeous, hand-drawn artwork that retains the original charm: 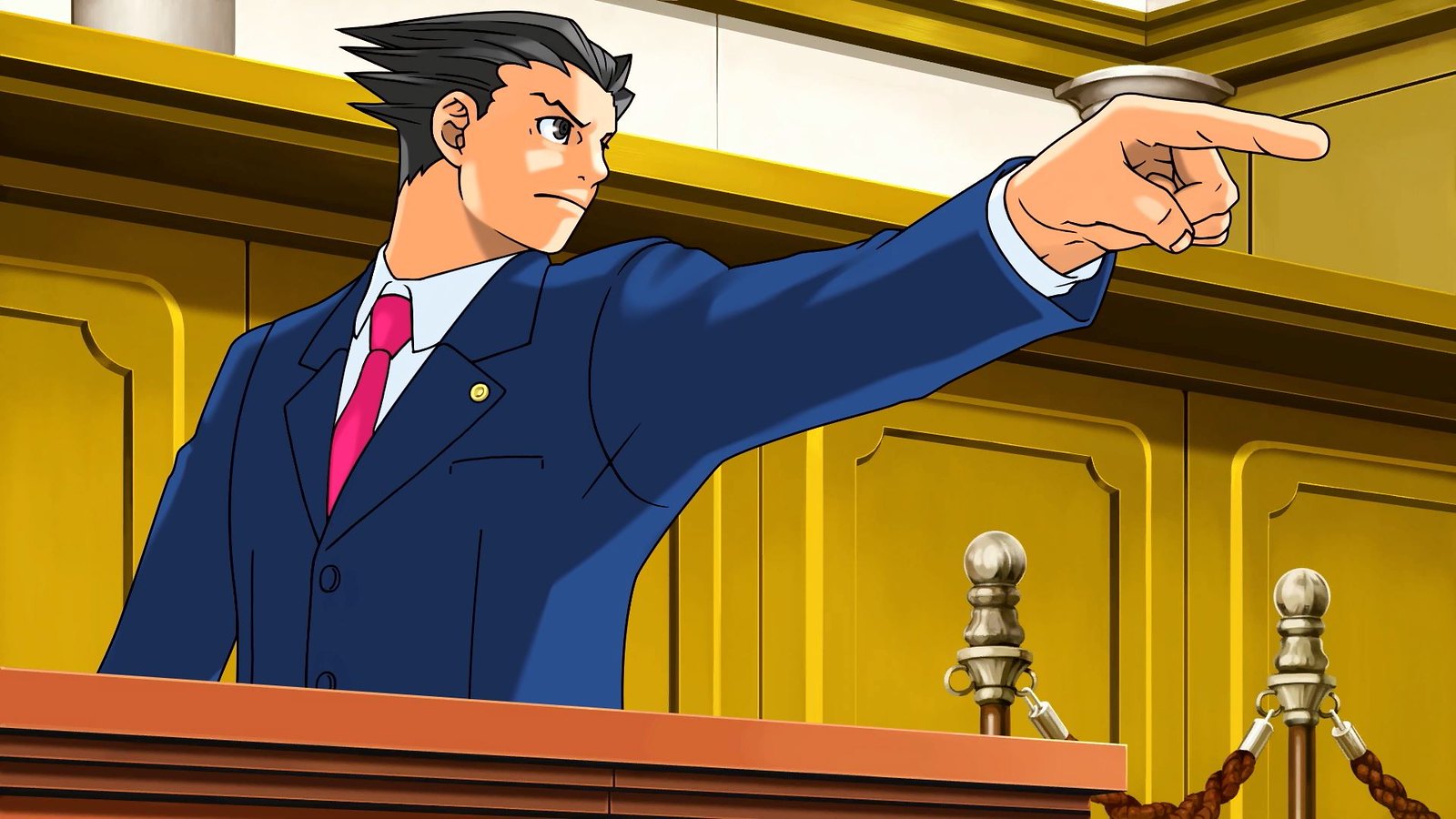 Now, that is one sharp-looking suit, Mr. Wright! It even looks a little more blue than before. Phoenix and company really come to life with the updated art of Phoenix Wright: Ace Attorney Trilogy, and you’ll be able to enjoy their new — but familiar! — looks from the comfort of your couch. Of course, that also includes a new UI to match, taking the original format… 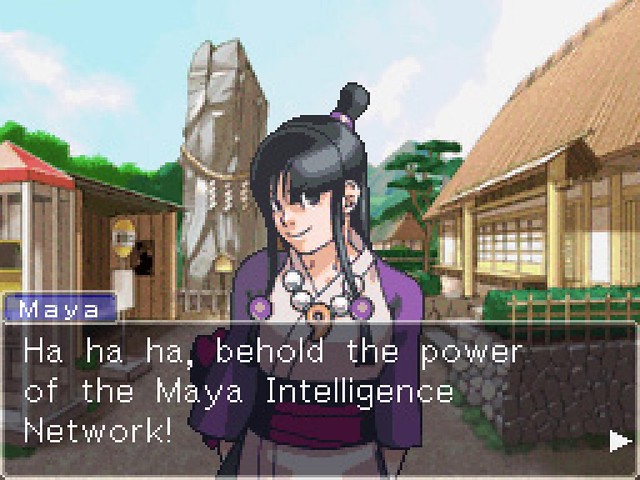 And updating it for modern wide screens with a 16:9 presentation. 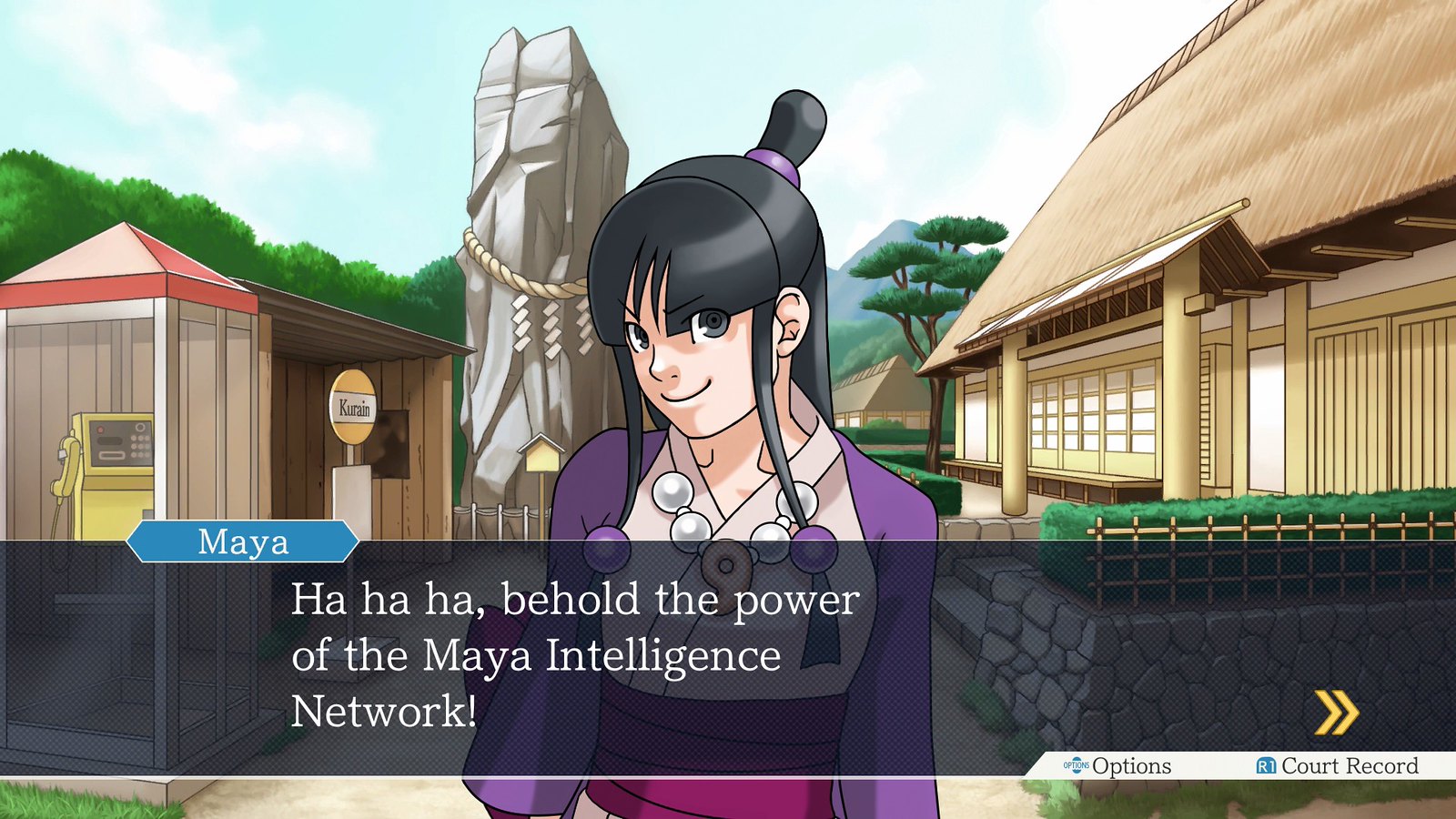 The Maya Intelligence Network has never looked better! The game’s backgrounds have been touched up too, making each environment both vibrant and fun to look at. Before we move on, here’s one last comparison of security guard Wendy Oldbag to give you an idea of just how much has changed: 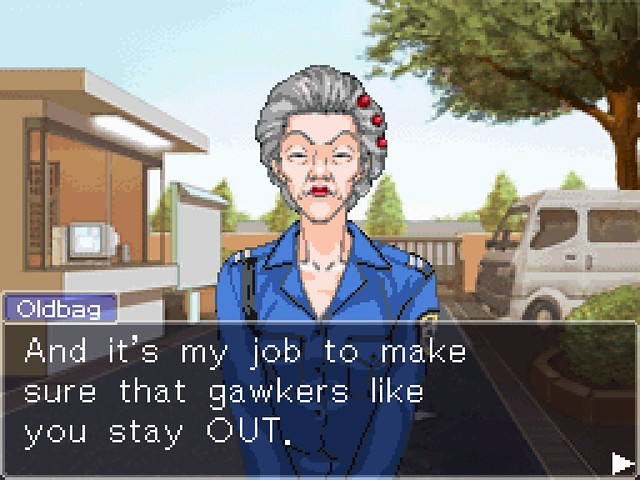 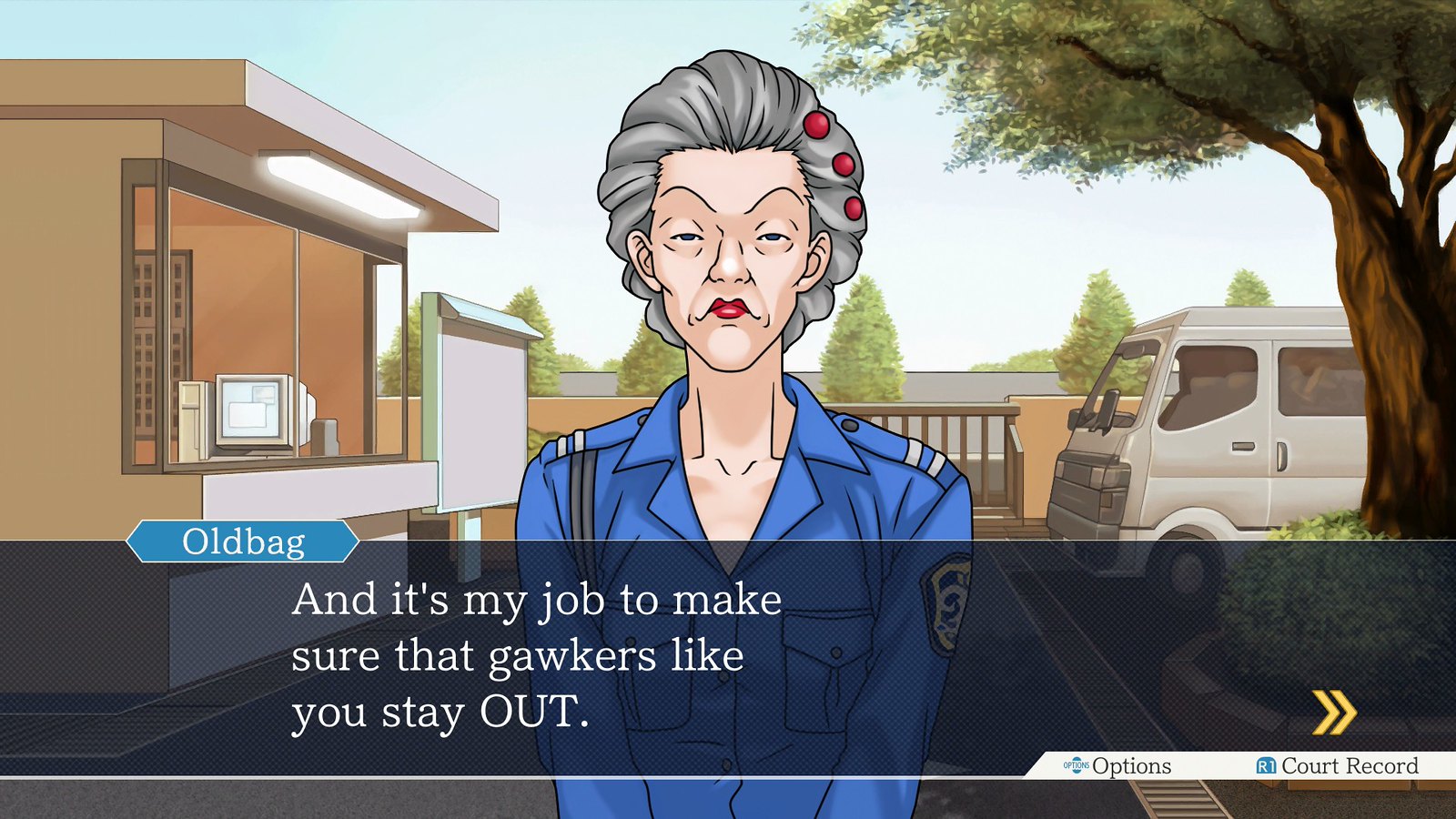 For greenhorn attorneys who are just breaking in their badge or veterans looking for a refresher, I’m also taking the stand to bring you some tips on how to make the most of your time in the courtroom. Isn’t that right, Wright?

The legal system in the world of Ace Attorney is quite different from our own. Instead of a typical trial with a jury delivering their verdict after days or weeks, cases in Ace Attorney are decided by a single judge presiding over the defense and prosecution as they plead their case. You won’t be stuck behind the defense bench the whole time, though; while Ace Attorney games are known for their dramatic courtroom battles, most trials will take place over a maximum of three days, allowing you to investigate crime scenes when you’re not verbally slugging it out in court. Interrogating witnesses and gathering evidence is key to strengthening your case before heading back to the courtroom to slam on desks, raise an “OBJECTION!” or two, and prove your client’s innocence!

Investigating a crime scene is no easy task, with several areas to scour for clues and evidence. Both newcomers and veterans of Ace Attorney will have an easier time investigating than ever before, thanks to the helpful magnifying glass that appears when you’re searching an area for clues. As you examine the environment, the icon will change from blue to yellow when you’re hovering over something interesting — a clear indicator that it’s worth investigating. Even better, a handy checkmark appears once you’ve investigated an object! These are brand-new features for this collection, so you’ll never have to ask yourself “can I check that?” or “what did I miss?” while you play. It pays to inspect everything you can, and you never know what might be useful. Even if something isn’t essential to the case, it’s still worth checking out — there’s lots of fun chatter between characters that you might miss otherwise! 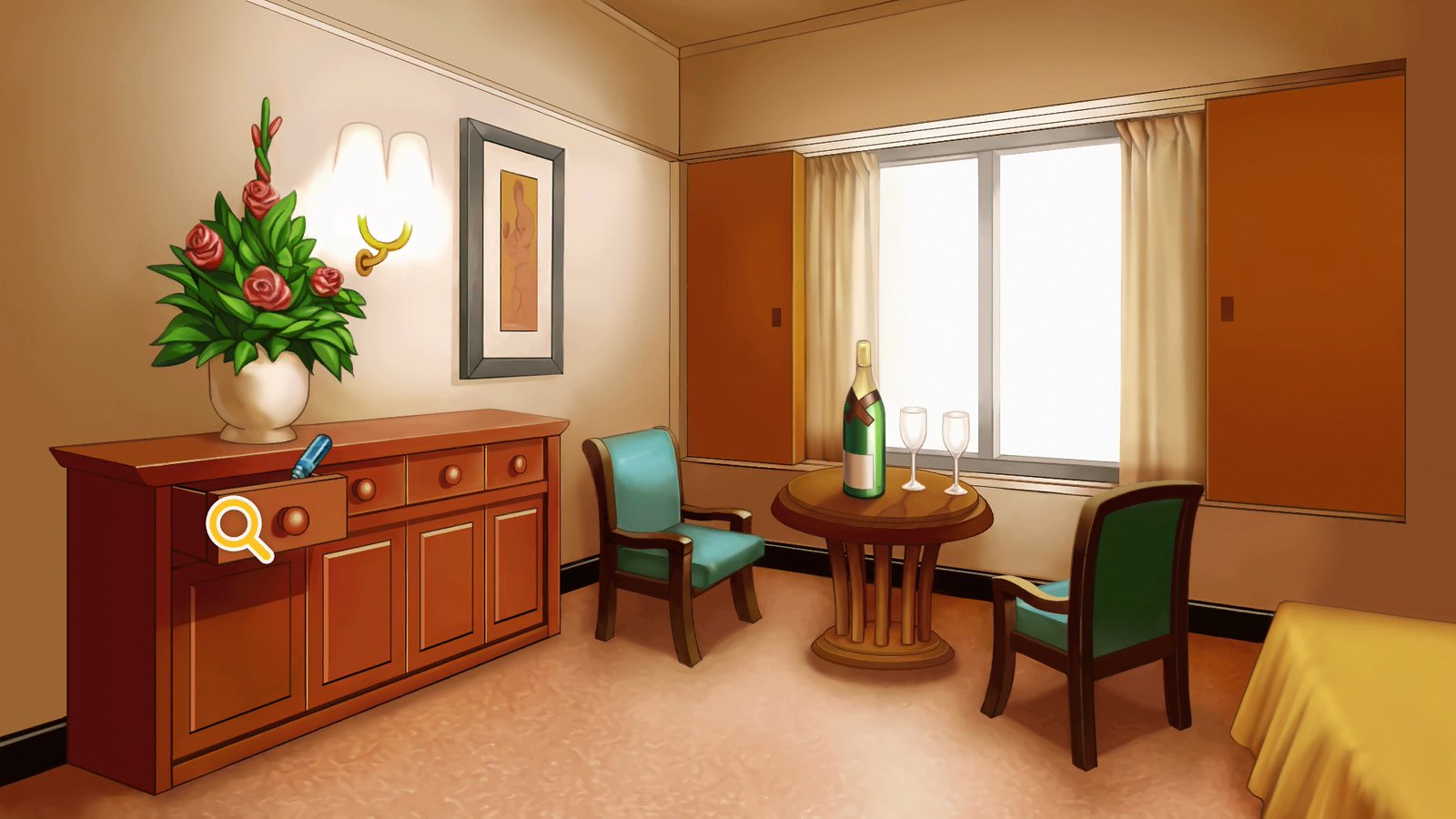 Show ‘Em Your Badge (And Everything Else You Have)

Speaking of chitchat, you’ll need to talk to people involved in the case as you search for clues outside of court. As you explore, you’ll be able to gather more information from your client by visiting them at the detention center. You’ll also encounter various other colorful characters when you check out the crime scene and surrounding areas. Talking to people can provide you with vital clues and evidence that you can take back to court. Some witnesses can be a bit cagey, so you’ll need to provide a little motivation by presenting the right piece of evidence to squeeze some extra information out of them. Starting with the second game, Justice for All, you’ll also gain access to a unique item that allows you to draw out people’s closely guarded secrets, hidden by mental barriers known as “Psyche-Locks.” A puzzle in and of itself, you’ll need to present the correct evidence to break each lock, convincing witnesses to talk about their deepest secrets. You never know what will work with a witness, so try showing them everything you have!

Everything you know about any given case is stored in the Court Record, including photographs, witness testimonies, autopsy reports, and lots more. You’ll also have access to profiles for various people you meet throughout each case — useful if you forget a name, or if you need to show someone a person’s face to jog their memory. Any time you need to present a piece of evidence you’ll be using the Court Record, so be sure to familiarize yourself with key items from each case. You never know when you’ll be put on the spot, so it pays to be prepared. Plus, your prized attorney’s badge is in there, too. Without that, how would anyone know you’re a lawyer? 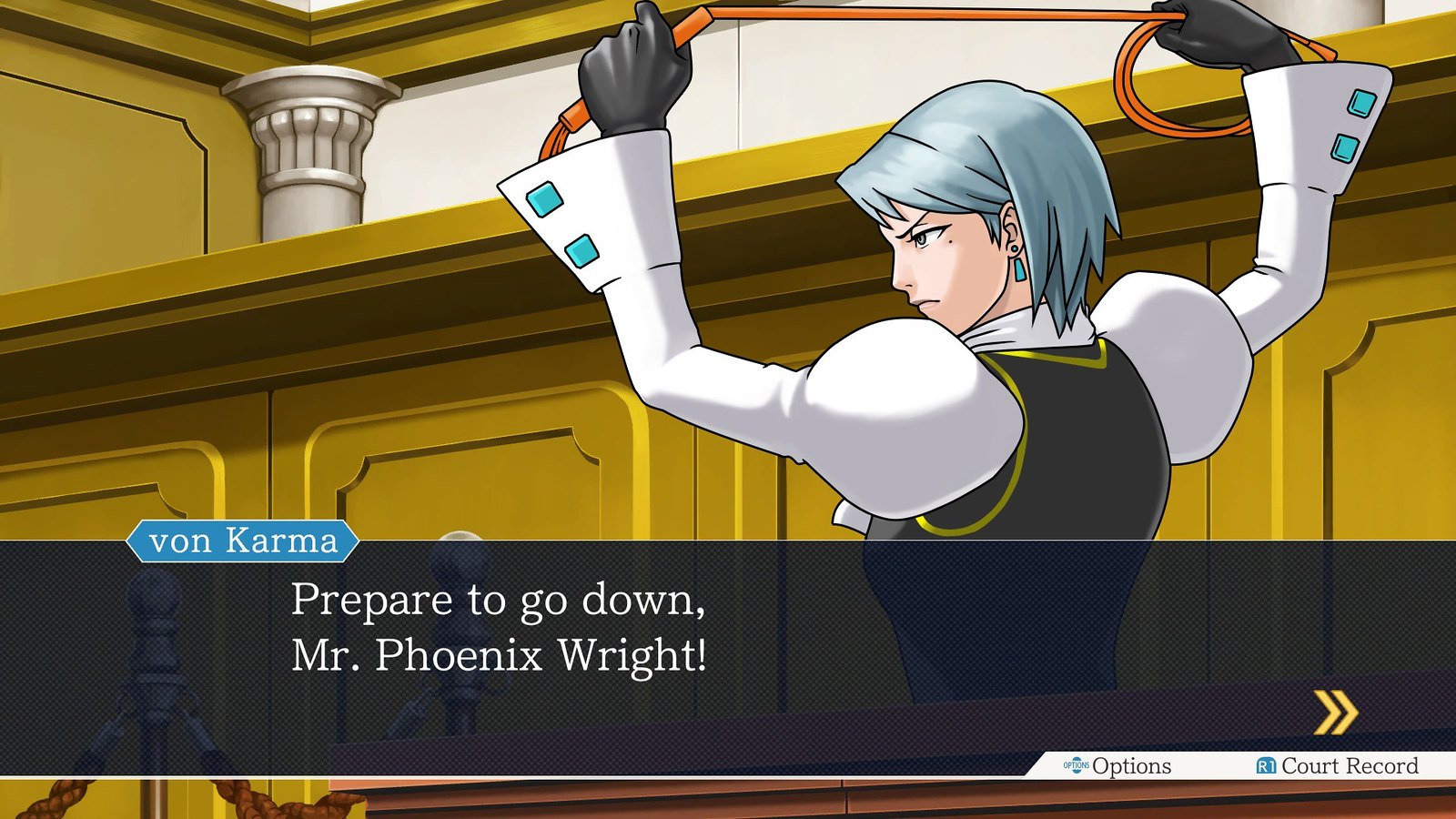 Point Your Way to Victory

The courtroom can be an intense place, and you’ll watch heated battles impact the characters themselves. A big part of Ace Attorney is the colorful cast of characters and how they react, with Phoenix and rival prosecutors alike seeming to take physical blows from verbal arguments — though some of them really are physical, thanks to Franziska von Karma and her whip in Justice for All! Still, by the time you get to court, you’ll have everything you need to solve the case. If you can’t present a piece of evidence to catch a witness in a lie, try pressing their statements for more info. They might be forced to clarify a statement, or you just might trip them up into revealing more than they wanted to. If you miss a statement the first time, don’t worry — you can move back and forward through testimony to re-read or press anything you might have missed! Use everything at your disposal to bring the truth to light and save the day!

It’s time to take those initial steps into the Fey and Co. Law Offices, and join Phoenix on his first foray into the legal system. Don’t forget to pre-order for an instant reward theme featuring pixel art of the heroes, rivals, and mascots of all three games. You can’t have an OBJECTION to that — right, Wright? 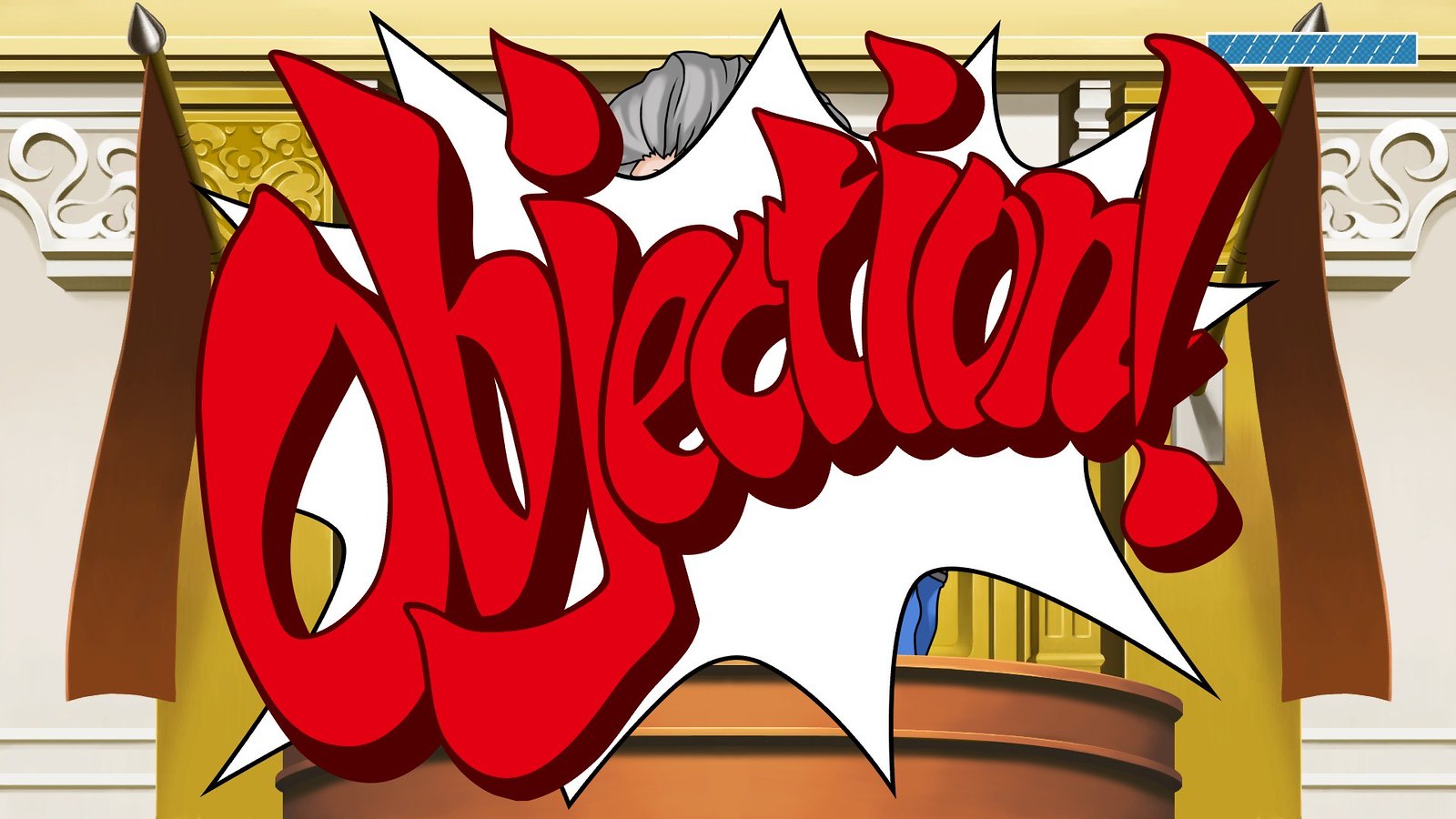