Star Wars: Squadrons just had its big reveal, and we’re thrilled to finally show you and talk about this immersive Star Wars piloting experience, coming October 2 on PlayStation 4. Star Wars: Squadrons puts you in the middle of intense 5v5 multiplayer space dogfights, monumental fleet battles, a unique single-player story set after the events of Return of the Jedi, and in the cockpits of iconic Star Wars starfighters.

As your journey begins to become one of the galaxy’s finest ace pilots, the game’s first-person perspective puts you right in the cockpit and close to the action. The instruments in front of you provide vital intel about your starfighter and the surroundings, such as power management, targeting, and shields. By default, you’ll have additional HUD elements to guide you in combat. But for the bravest pilots who are looking for a challenge, there’s an option to fly only using the in-cockpit dashboard!

If you want to take the pilot immersion one step further, there’s the option to play the whole game – yes, both single-player and multiplayer – in Virtual Reality (VR) with your PlayStation VR. Immerse yourself in the pilot’s seat completely and feel the connection to your starfighter with just a thin hull of metal and glass between you and the perils of space. 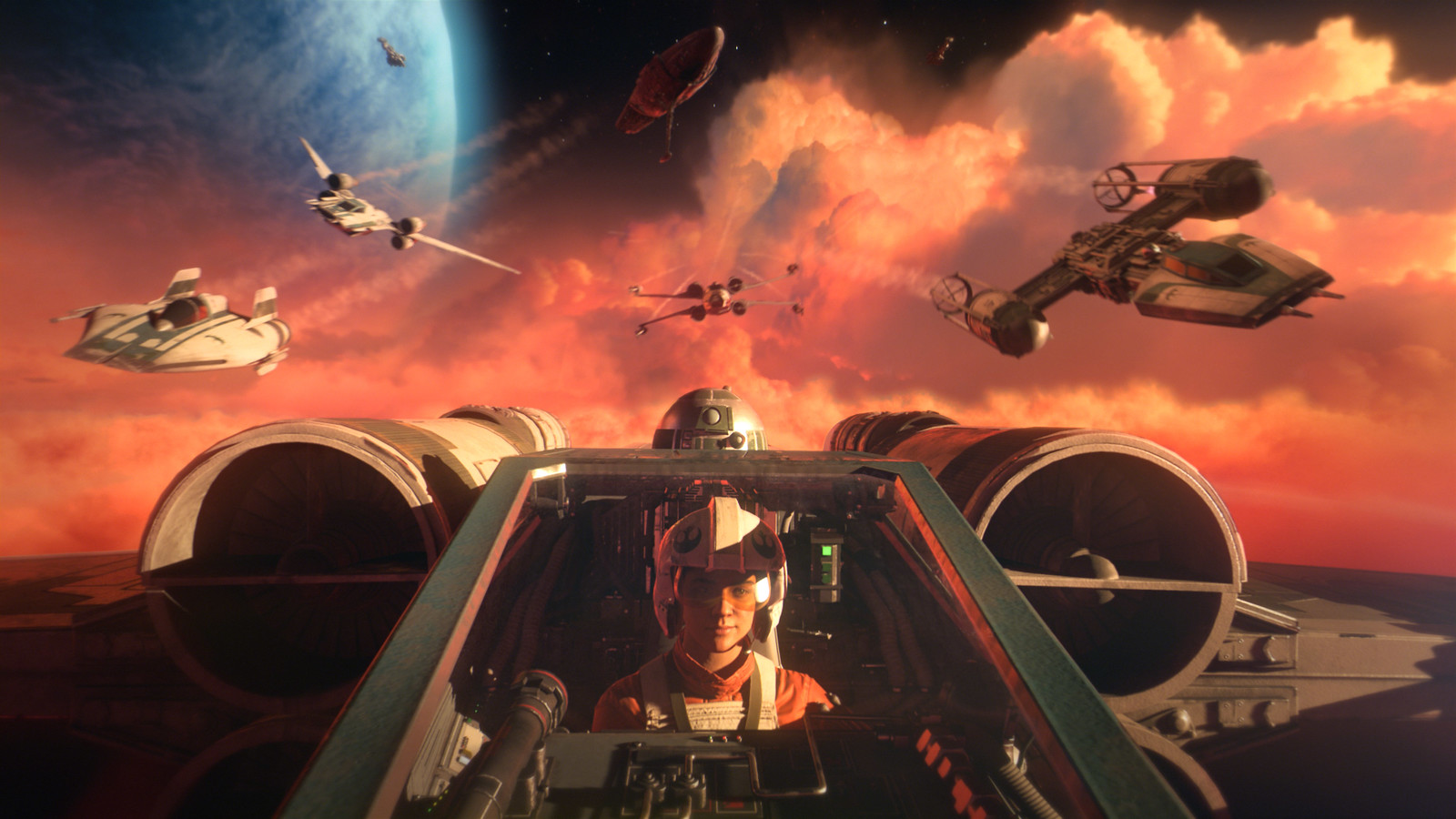 Step into the cockpits of starfighters from both the New Republic and Imperial fleets and fight in strategic 5v5 space battles.

Star Wars: Squadron’s eight starfighters are divided into four classes. The Fighter class is the most flexible and a great choice for rookies and aces alike. The X-wing – the workhorse of the New Republic – is sorted into this class, packing a good balance of firepower, durability, and maneuverability into its distinctive frame. The Empire’s TIE fighter is more agile than its New Republic counterpart, and also versatile enough to serve in multiple roles. 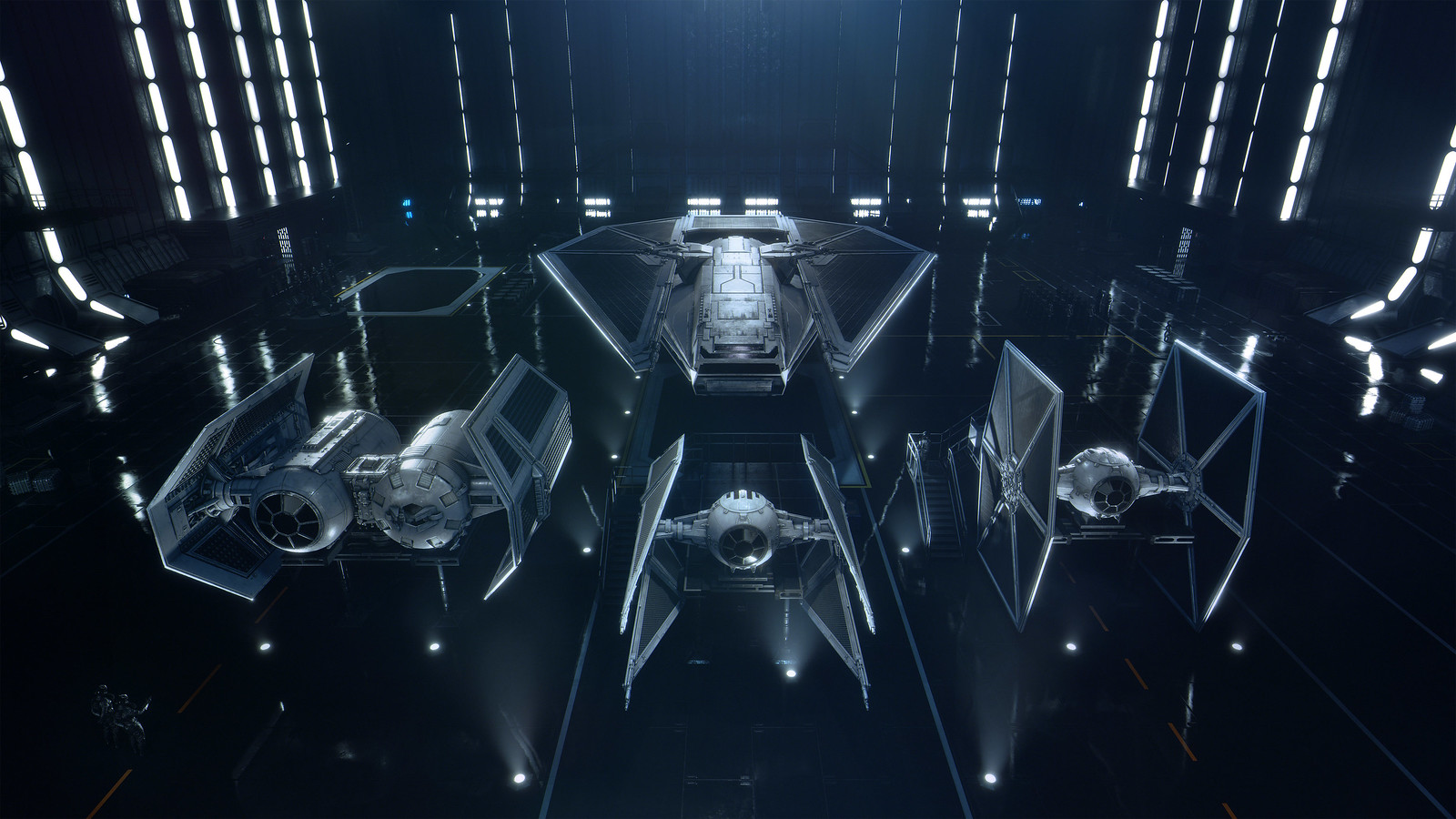 The Bomber class includes the heavy hitters, capable of dealing massive damage to flagships and starfighters. Conversely, they are slower and less responsive than other classes. The New Republic’s variant, the Y-wing, shines during assaults on capital ships, where its toughened hull and devastating loadout can be deciding factors. The Imperial equivalent, the TIE surface assault bomber, is similarly designed for bombing runs, and can weather a storm of turbolaser fire to lay down a swath of destruction on escorts and flagships alike.

The Interceptor class includes the fast and highly maneuverable A-wing and TIE interceptor, both built for dogfighting. The A-wing is fragile, but its speed and maneuverability allow it to fly circles around its opponents. The TIE interceptor is an equally excellent choice on the Imperial side for taking out enemy starfighters, and for strafing turrets and subsystems on capital ships. 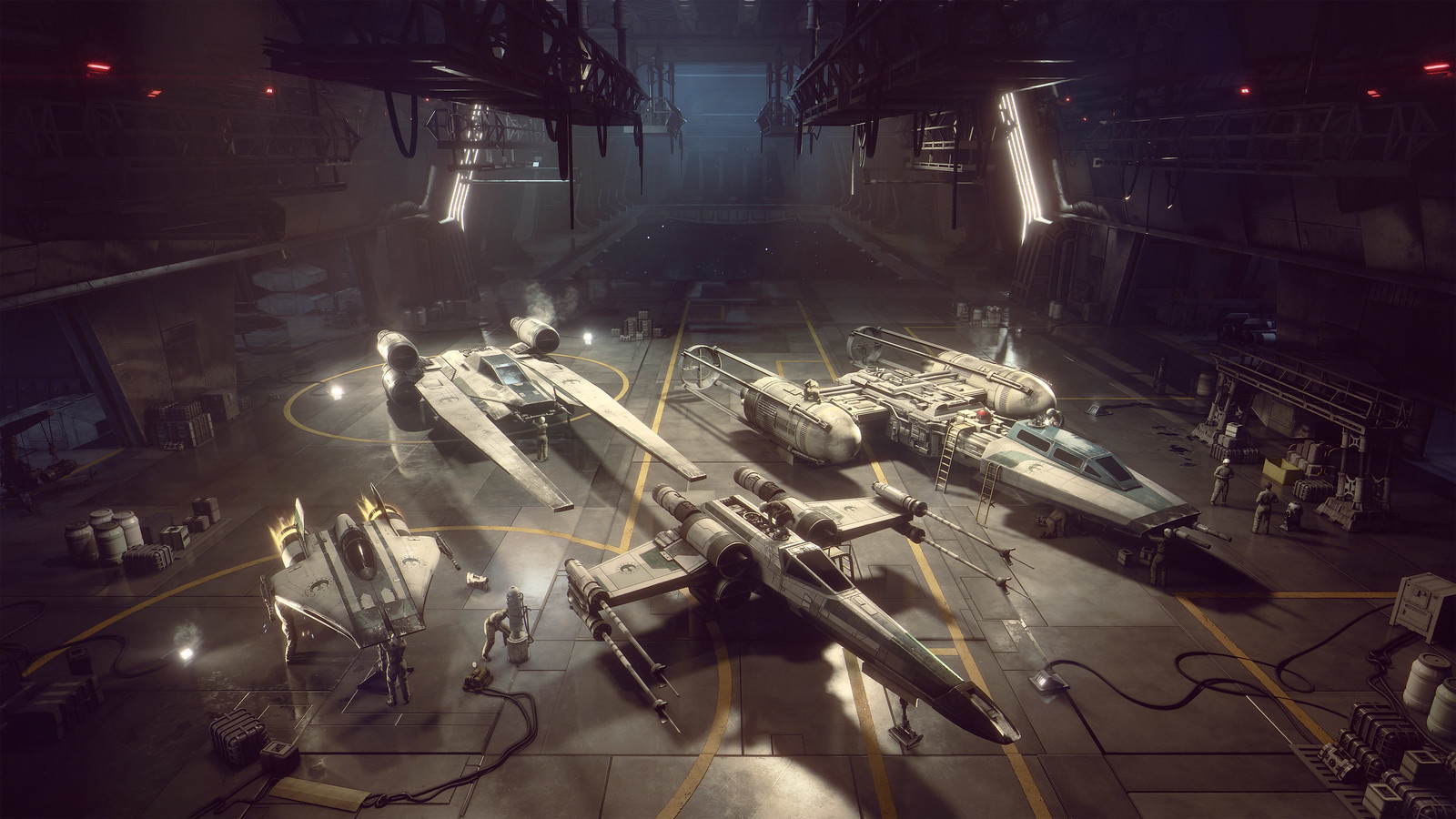 Both part of the Support class, the U-wing and TIE reaper keep their allies safe and stocked up. The surprisingly agile New Republic U-wing supports the squadron with life-saving supplies and repairs. It can also disrupt enemy systems, making them easy targets for allies. One of the few Imperial starfighters equipped with deflector shields, the TIE reaper trades some firepower for similar squadron force-multiplying abilities.

Assemble your squadron and prepare for battle!

Choose and modify your starfighter to suit your playstyle. Adjust the composition of your squadron for the objective. Plan ahead in the briefing room before taking off to space battles across the galaxy. You’ll need to complement each other and work as a team to triumph in battle. Together, you’re the galaxy’s finest! 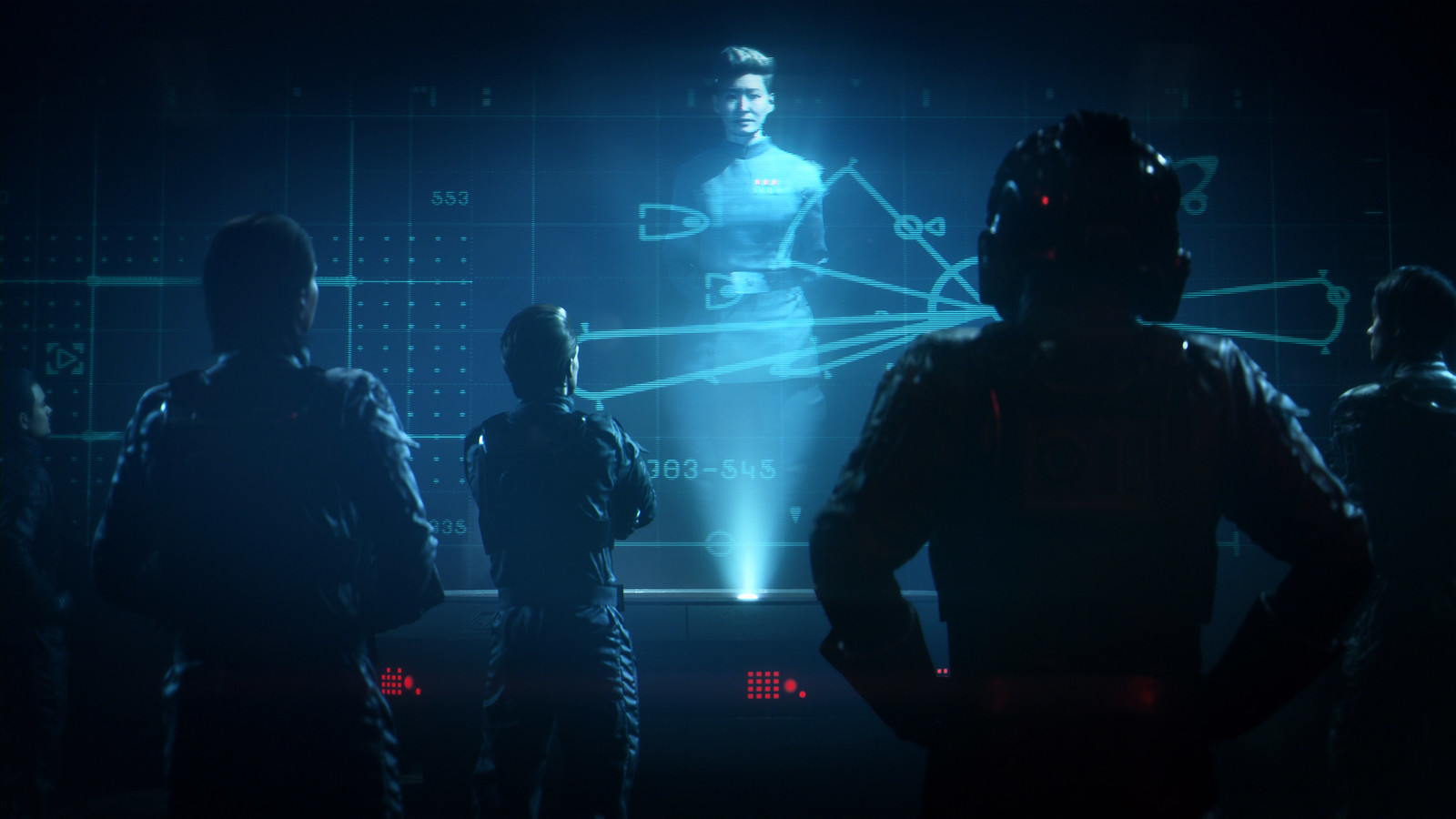 Plan skirmishes with your squadron in the briefing room before taking off to space battles across the galaxy.