The world still needs heroes! Overwatch 2 was announced earlier this month during Blizzcon 2019’s opening ceremony, and with the reveal of this sequel came plenty of questions: How exactly will it tie into Overwatch 1? What’s the deal with the new story-centric additions? What about new customization options?

Blizzard was kind enough to provide answers to these questions and more via Aaron Keller, Overwatch 2’s assistant game director, and Michael Chu, lead writer on the project.

PlayStation.Blog: If there was one objective for Overwatch 2, what would it be?
Aaron Keller, Blizzard: The world of Overwatch is incredibly compelling and we want players to be able to experience more of it than ever before. We’re able to explore so much more of this universe by playing this game in an entirely new way, through missions against AI rather than matches against other players. Story Missions tell an engaging narrative about how the heroes of Overwatch respond to a new global threat. Additionally Hero Missions provide a deeply replayable co-op experience through a wide variety of locations all over the world. Players will level their heroes and use different elements to modify their abilities and power levels.

PSB: What is the in-universe story you’re aiming to tell with Overwatch 2?
Michael Chu, Blizzard: For the last few years, we’ve been leading up to this story. The story of Overwatch 2 is the next step of the Overwatch story. You’ve been introduced to the main characters, to the conflicts, and the history of the world, but now we’re moving to the next chapter: Winston has pushed the button and recalled the Overwatch agents to fight against the threats the world faces. Now we know that some of the heroes have answered, but what will they do? How will the world react to them? And is Overwatch the solution the world needs? That’s what we’re looking to explore.

PSB: Was there ever a reality where Overwatch 2 wasn’t so closely linked to the first game? Or was a shared experience always the goal?
AK: Overwatch has always been a world class team based shooter and we’re committed to that part of the game. There was never any intention of abandoning that side of the game in favor of the Co-op experience. In scoping out Overwatch 2 we always knew that we couldn’t leave behind any of our 50 million players.

PSB: What are you aiming to add to the gameplay mix on the battlefield with the new Heroes?
AK: We’ve got lots of heroes in the works currently for Overwatch 2. We can’t get into who they are exactly, or what their gameplay might be like, but they will help round out the world of Overwatch and give us new gameplay mechanics we have not yet seen. Overall, Overwatch 2 will be offering players new gameplay changing ways to play our heroes in Hero Missions. For instance, we like to give the example of Reinhardt’s Talent called “Epicenter” where instead of a cone effect for his Earthshatter ability, it becomes an Earthshatter with a full 360-degree effect around him. 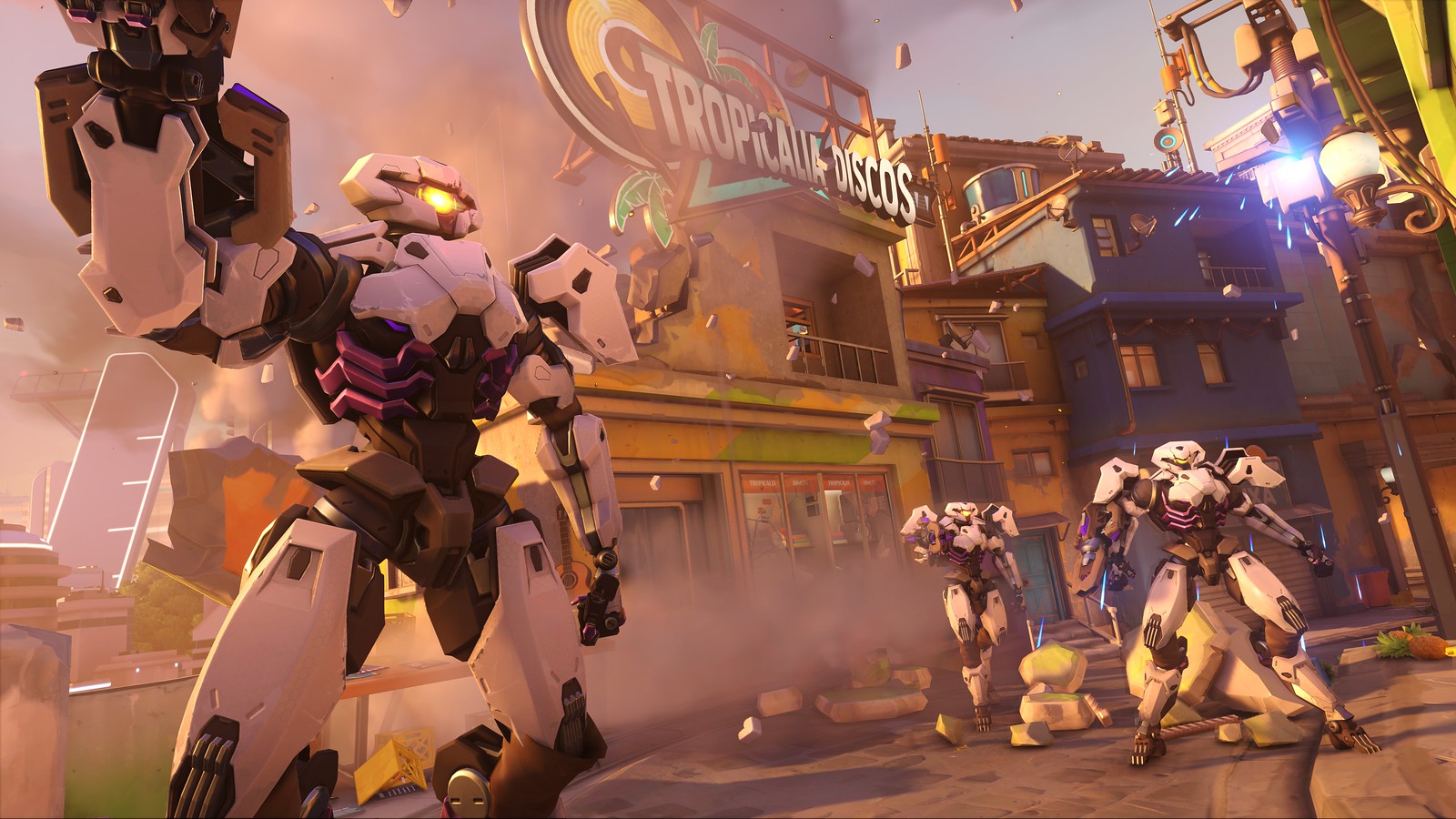 PSB: Even though Sojourn is set to debut in Overwatch 2, it seems that earlier versions of the character appeared in prior cinematics. Did you know back then she would eventually be a main character in Overwatch 2, or did her status in the game evolve over time?
MC: Sojourn has existed as a character in the Overwatch universe for many years now, even before the game released. She’s a central figure to the Overwatch organization, and a critical character moving forward. She’s made appearances in different stories we’ve told lately, but she will be extremely important to the events that take place in Overwatch 2 and we are so excited to finally be able to tell her story.

PSB: What are you able to say about the story of Overwatch’s world with Overwatch 2 that you weren’t able to say with previous methods (character trailers, cinematics, etc.)?
MC: There are two things that immediately come to mind. With story missions, we’ll have a more traditional way to tell a story in the Overwatch universe: a complete story with beginning, middle, and end. In addition, we’ve finally moved the story forward after Winston’s recall, and we hope to continue to push events into the future in the stories to come. 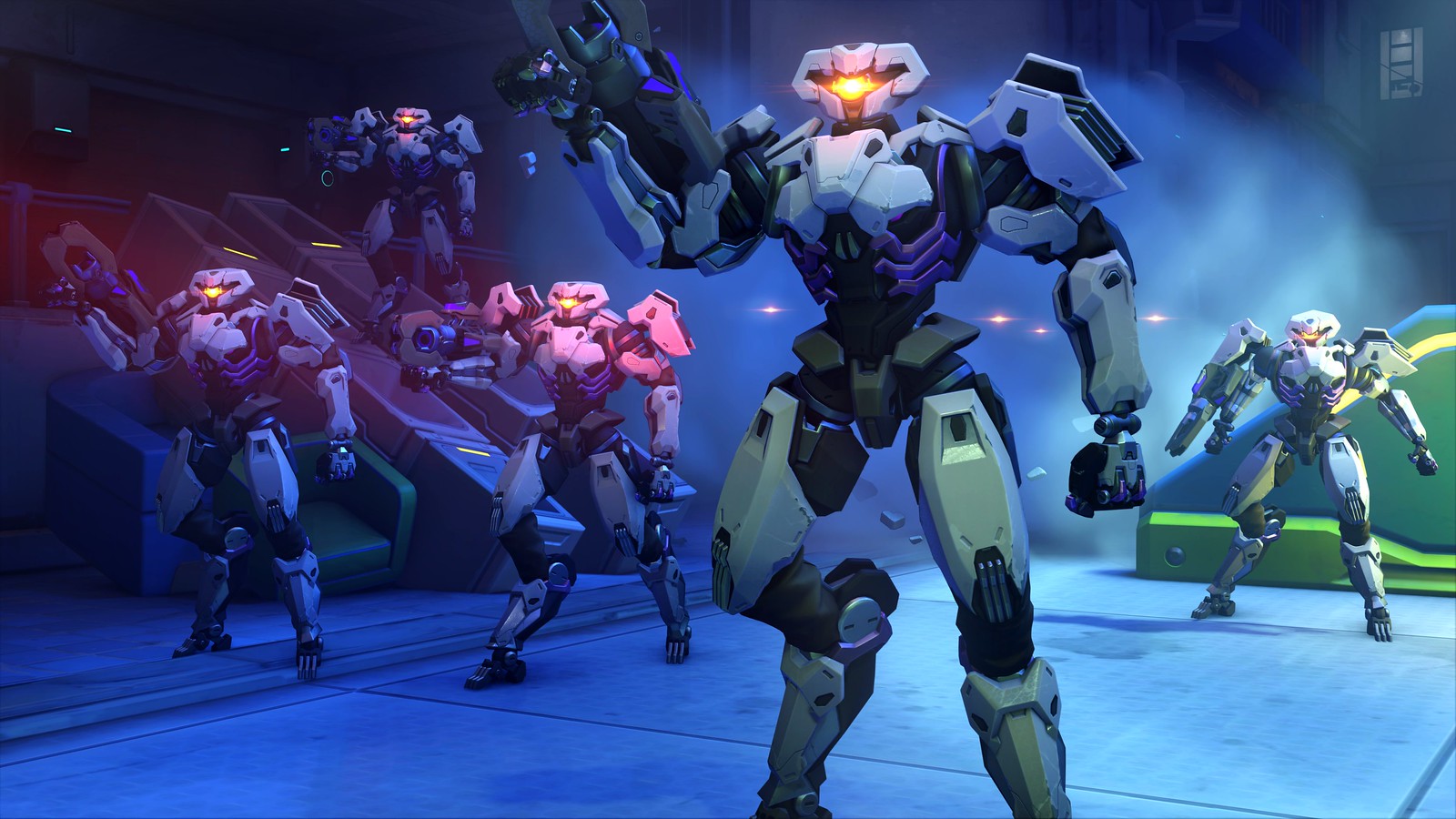 AK: Overwatch 2 also gives us the opportunity on the tech side to tell more story. The maps are almost 2X larger than regular Overwatch maps. They’ve also got way more advanced technology to show dynamic weather, lightning, explosions, and more. We like to say that our maps are almost another character in helping with Overwatch 2 storytelling. Each Story Mission will come with an intro cinematic and outro cinematic as well. We’ve partnered with our teammates in the Story and Franchise team to help build out many cinematics for story missions, which we think will be a major treat for our players.

PSB: Is the story / PvE content in Overwatch 2 going to follow a similar format to earlier seasonal events in Overwatch 1, or are we talking something more akin to a full-on single-player campaign? How long have you wanted to put the story in Overwatch more front-and-center?
MC: We have always considered Overwatch as a universe that we want to tell stories in. Overwatch (the game) was the first expression of this universe, but we have been experimenting with PvE in the annual Archives events, and have certainly heard from the community that it’s something that they are interested in. With story missions in Overwatch 2, we have the opportunity to make good on this, and explore the Overwatch universe in new ways. We like to call the story a Story Experience. It’s not quite a single-player campaign in that you will be playing the story alongside three other players in co-op. Players will experience the story together with their friends. 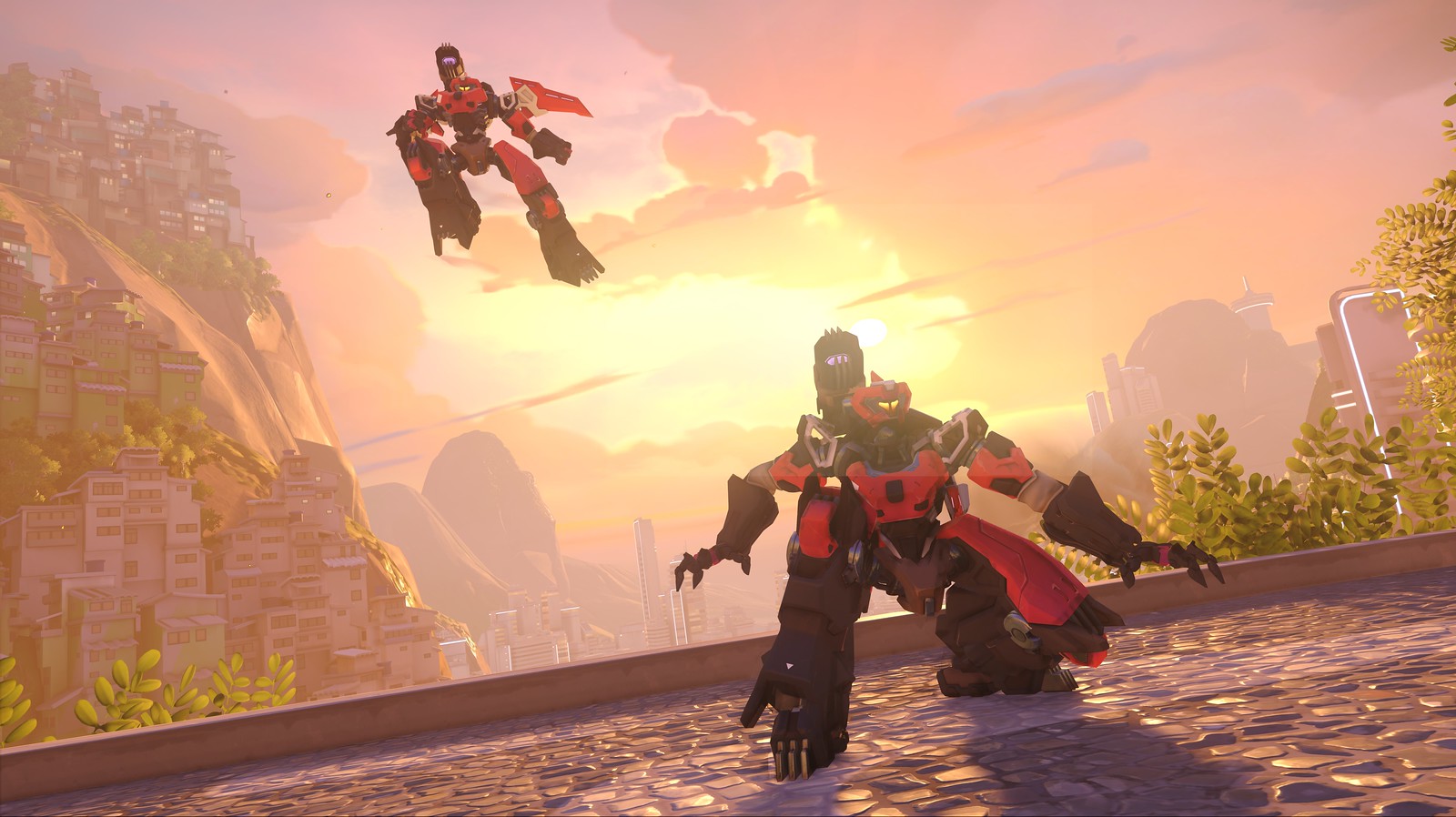 PSB: Is there any cross-over progression or synergy between the PvE and PvP modes in Overwatch 2?
AK: Currently PvE progression and PvP progression are entirely separate. We don’t want gameplay changing talents and abilities to give an unfair advantage in PvP. We’re still exploring what players can earn in PvE and building out the progression system for that. Our goal is to make a robust meaningful progression system that feeds into our Hero Missions where players can play and replay for many hours or as their main mode of play after they complete the Overwatch 2 story.

PSB: Team attacks appear to be a focus in the Overwatch 2 cinematic trailer. Is they reflected in-game in any way?
AK: Team work and using hero abilities in different combinations has always been a core part of Overwatch gameplay, think of Hanzo’s dragon used along with a Graviton Surge. Zero Hour is a cinematic representation of synergies that already exist. In Overwatch 2 we’ll see new abilities and talents that players can discover, offering new powerful combinations to mix and match.

PSB: Is Blizzard experimenting with any updates to the cosmetics and character customization system? Will new character costumes continue to roll out for legacy OW1 characters in OW2?
AK: We love all of our heroes and will continue to make cosmetic items for all of them with the release of Overwatch 2. We’re still early to talk about what cosmetic items might be available in Overwatch 2 or how those systems might change. We can say we’ll have many options for cosmetics in Overwatch 2.

PSB: Aesthetically speaking, are there any character model changes that folks may have missed?
AK: I’m not sure if everyone knows this but Lucio’s new look is dynamic to which song he plays. His hair and the visual effects on his suit change in color and beat he plays. His hair also glows in the dark. Pay special attention to gameplay footage of his suit changing between his Speed song and Healing song and whenever he drops the beat with his Sound Barrier. We’re continuing to update almost all the heroes with new looks for Overwatch 2, so we’ll have plenty more cool changes to each of our heroes in the roster.