Gaming platform Roblox, which has seen a surge of use due to the coronavirus pandemic, now has over 150 million monthly active users, up from the 115 million it announced in February before the U.S.’s shelter-in-place orders went into effect. The company also said its developer community is on pace to earn over $250 million in 2020, up from the $110 million they earned last year.

These metrics and other company news were announced over the weekend at RDC, Roblox’s annual developer conference that was held virtually for the first time because of the COVID-19 pandemic.

Roblox, to be clear, doesn’t build the games that run on its platform. Instead, offers the platform for developers to build upon, similar to the App Store. Many of its most popular games are free, monetizing as players spend on in-game items using virtual cash called Robux. Some of the company’s larger individual games, before the pandemic, would average over 10 million monthly users. And over 10 games as of February claimed more than 1 billion total visits.

Thanks to the pandemic, however, these gaming milestones have significantly increased in size.

During the first part of the year, the Roblox game Adopt Me! reached 1.615 million concurrent users and over 10 billion visits. A new game called Piggy, launched in January 2020, now has over 5 billion plays. Jailbreak surpassed 500,000 concurrent users during a live event held in April 2020.

In total, there are now 345,000 developers on the Roblox platform who are monetizing their games, and over half of Robux being spent in catalog is now being spent on user-generated content (UGC) items, in less than 12 months after the UGC catalog program began.

The more than doubling of Roblox developers’ earnings year-over-year is related to a combination of factors, including the platform’s growing game catalog, new development tools, international expansions, and of course, a pandemic that has locked kids indoors away from their friends, forcing them to go online to connect.

On notable factor driving the increased developer earnings, however, was Roblox’s recent introduction of Premium Payouts, which pays developers based on the engagement time of Premium subscribers in their game. Through this system, launched earlier this spring, developers earned $2 million in June 2020 as part of this program alone. 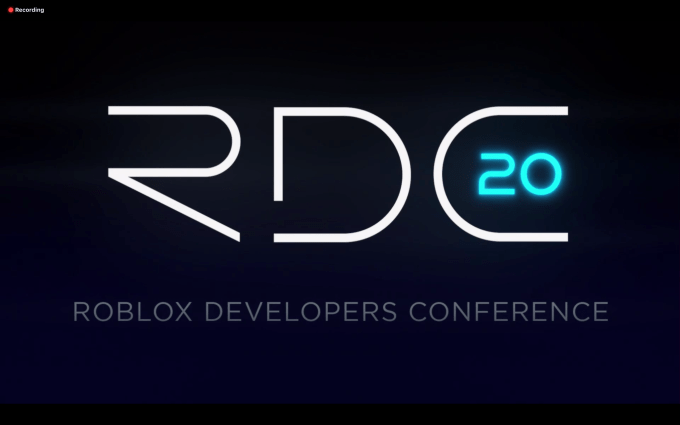 During the RDC event, Roblox also detailed its plans for expanded developer tools and platform updates. This includes new collaboration tools for larger development teams, which will allow developers to grant permissions to team members and contractors to work only on a certain part of their game. It will also launch a talent marketplace by the end of the year to help developers find people and resources to help with game development.

Later this summer, Roblox said it will launch “Developer Events,” a new service that will help developers find one another in their local communities. Initially, these events will be held virtually, but will transition to in-person events when it’s safe to do so.

The company also signed its first music label partnership with Monstercat, an indie electronic music label known for its collaborations with gaming titles and artists, including Marshmello and Vicetone. The partnership has initially yielded 51 tracks for developers to use, free of charge, in their games. These include songs from a variety of EDM genres, such as Drum & Bass, Synthwave, Electro, Chillout, Electronic, Breaks, Future Bass, and more. More tracks will be added over time, Roblox says.

“The accomplishments of our developer community have eclipsed even our loftiest expectations; I am incredibly impressed by the unique and creative experiences being introduced on the Roblox platform,” said David Baszucki, founder and CEO, Roblox. “Our focus is to give developers the tools and resources they need to pursue their vision and create larger, more complex, more realistic experiences and collectively build the Metaverse.”

Roblox raised an additional $150 million in Series G funding, led by Andreessen Horowitz’s late-stage venture fund, just before the COVID-19 health crisis hit the U.S., valuing the business at $4 billion. Ahead of this, Roblox had been working to take its platform further outside the U.S. and into China, through a strategic partnership with Tencent focused on bringing its coding curriculum to the region and through added support for Chinese languages, among other things. Also with the additional funding, Roblox said it planned to help further its expansion effects, and build out more tools and its developer ecosystem.