I’m so excited to share with you the news that In Death, our roguelike VR shooter, is coming to PlayStation VR on November 27. Over the past couple of years, we’ve been hard at work crafting a core VR game that pays tribute to one of our favorite game genres: the roguelike dungeon crawler.

In Death is an unforgiving, challenging first-person shooter that incorporates many of the hallmarks of roguelike games. Set in a surreal medieval world, you are the hero that must venture into the depths of Purgatory and traverse the soaring cathedrals and floating islands of Paradise Lost to bring harmony to the Afterlife. 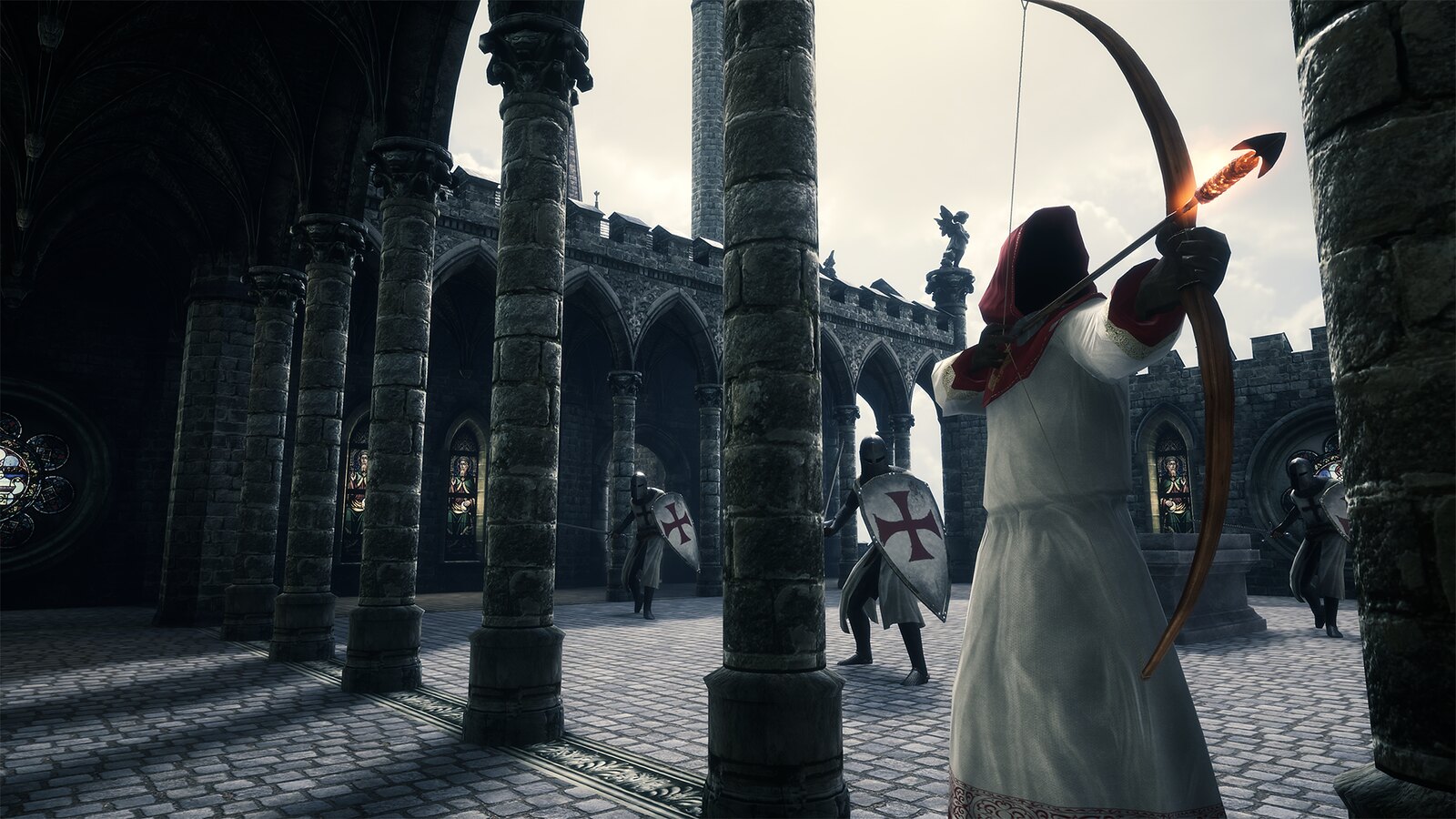 In Death features procedurally-generated levels and random enemy spawns meaning each run is unique and unpredictable. This is a high-stakes permadeath style combat experience, with no save points during your run of each chapter of the game, only offering a continue point if you successfully complete a discrete chapter.

We’ve created an achievement-based progression system that unlocks new power ups for your bow in the form of randomly generated special arrows and health boosts that you can loot from enemies. Defeating enemies also accumulates gold that you can spend in the Reliquary, an in-game item store where you can bolster your arsenal or defensive edge. As you unlock new achievements, you gain ever-increasing offensive and defensive skills that persist across each run. 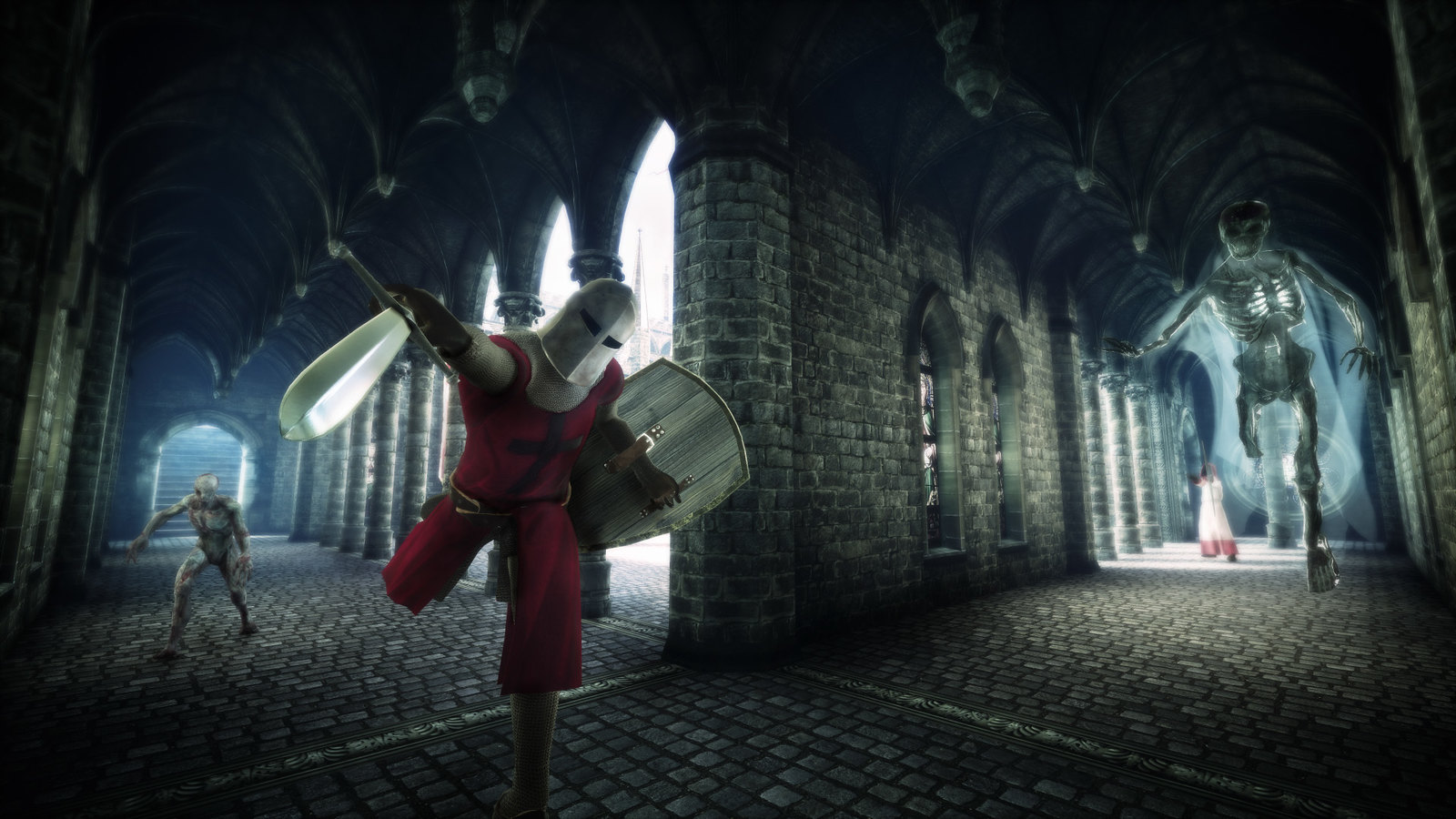 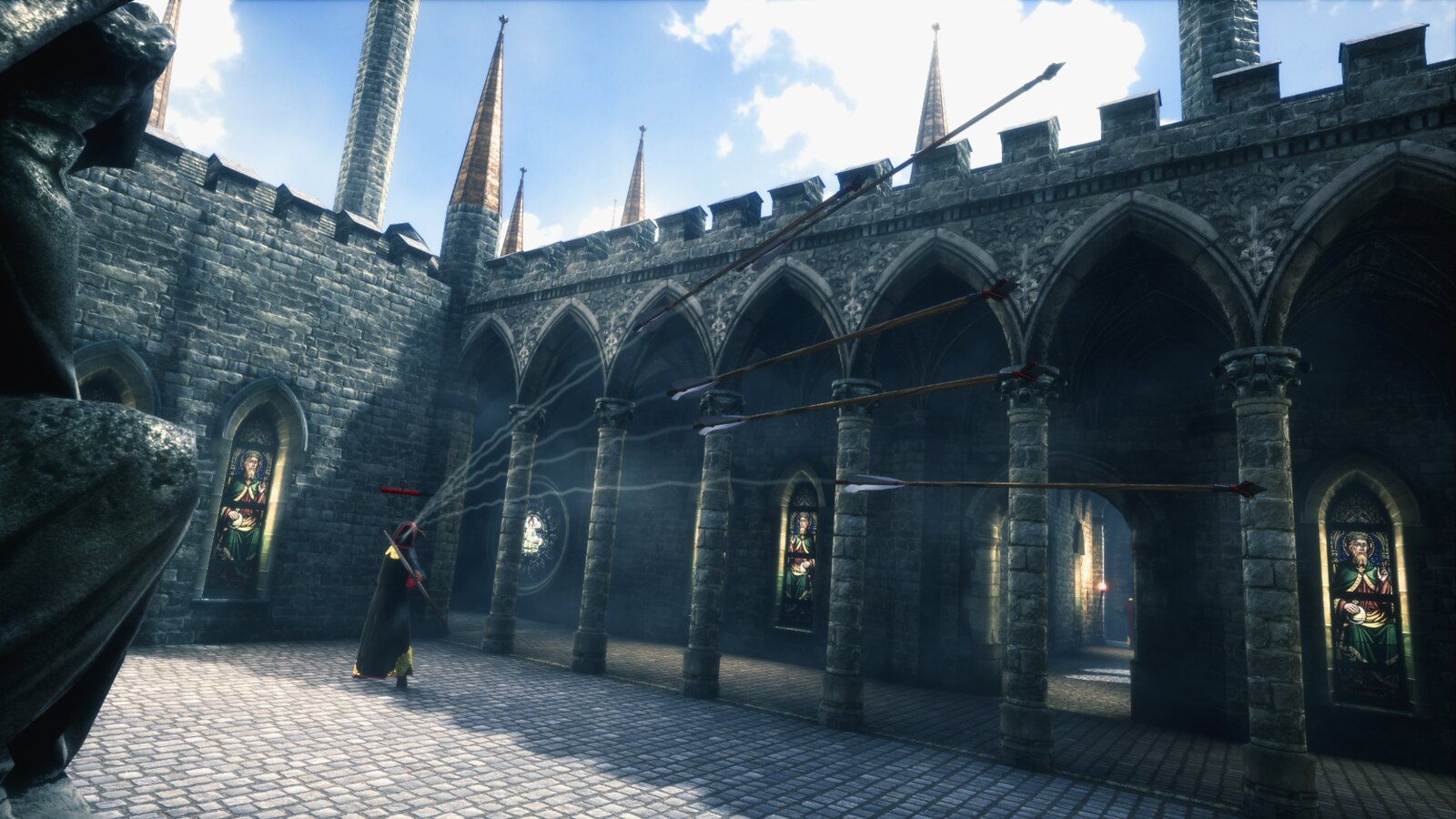 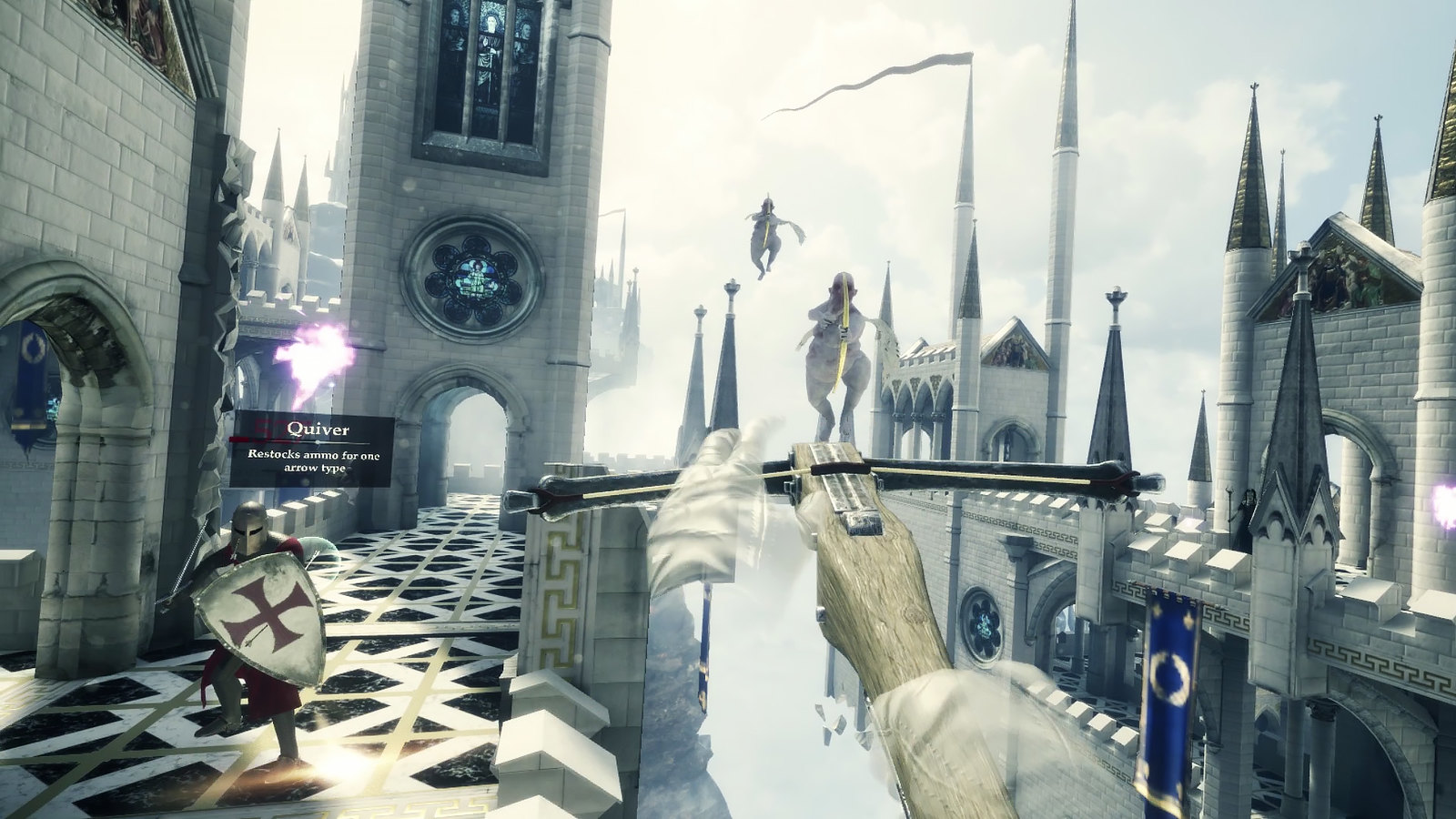 But as you improve, new and more powerful enemies arrive on the scene, making each run increasingly more challenging. We’ve put great effort into balancing this progression system against the enemy difficulty level, and we think we’ve created a core loop that rewards skill-based players with the kind of replay value that is the holy grail of all good roguelikes.

Creating a core shooter experience for VR is all about delivering rewarding weapon handling coupled with a movement system that keeps you in immersed in the flow of combat. With In Death you move by shooting a golden teleport arrow, allowing you keep your aiming and combat stance while moving through the world, and even adjusting your aim mid-flight to land an awesome headshot as you drop into a slew of enemies around the corner. We think this locomotion mode, tightly integrated with your combat stance, works incredibly well in VR. 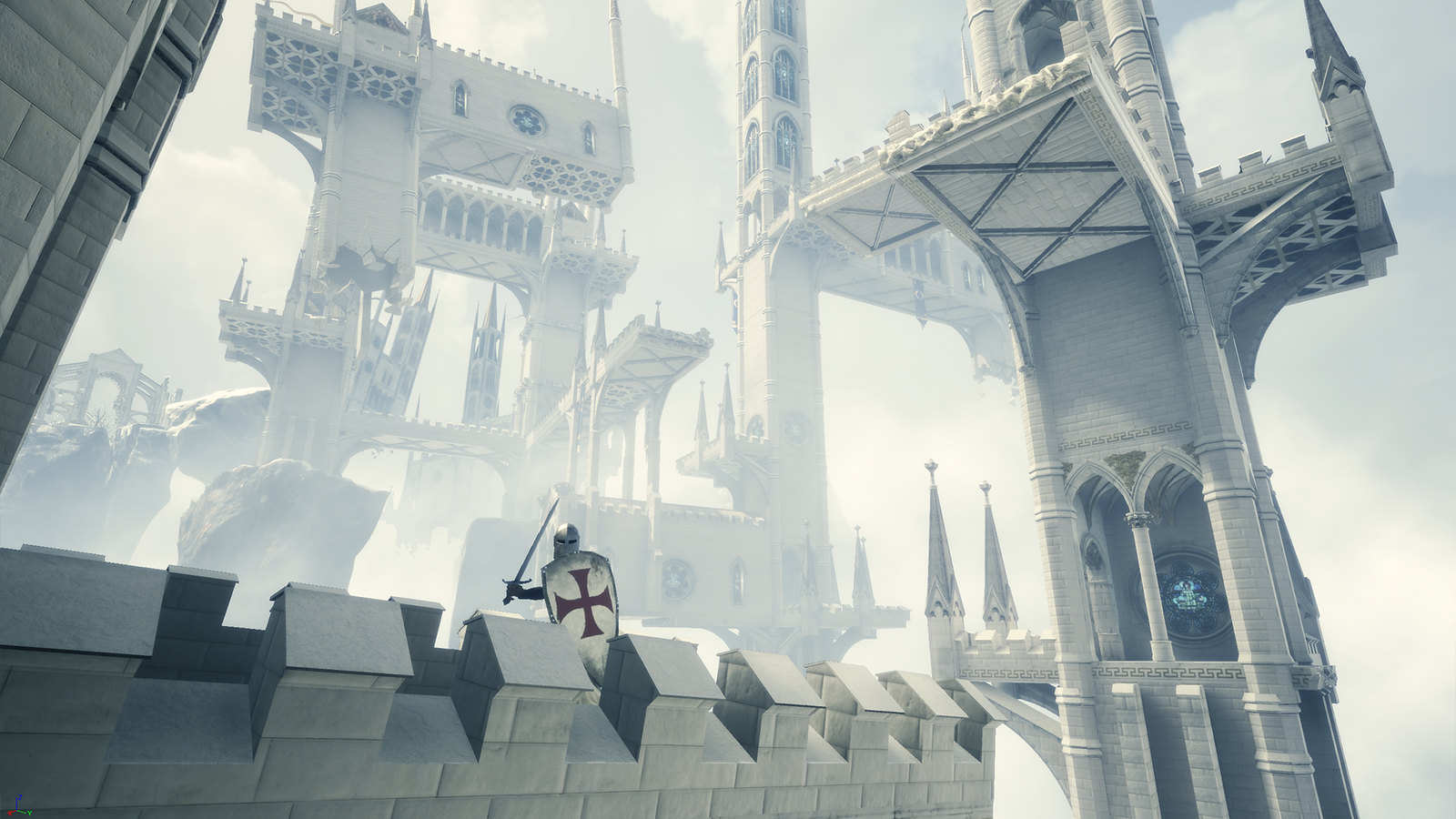 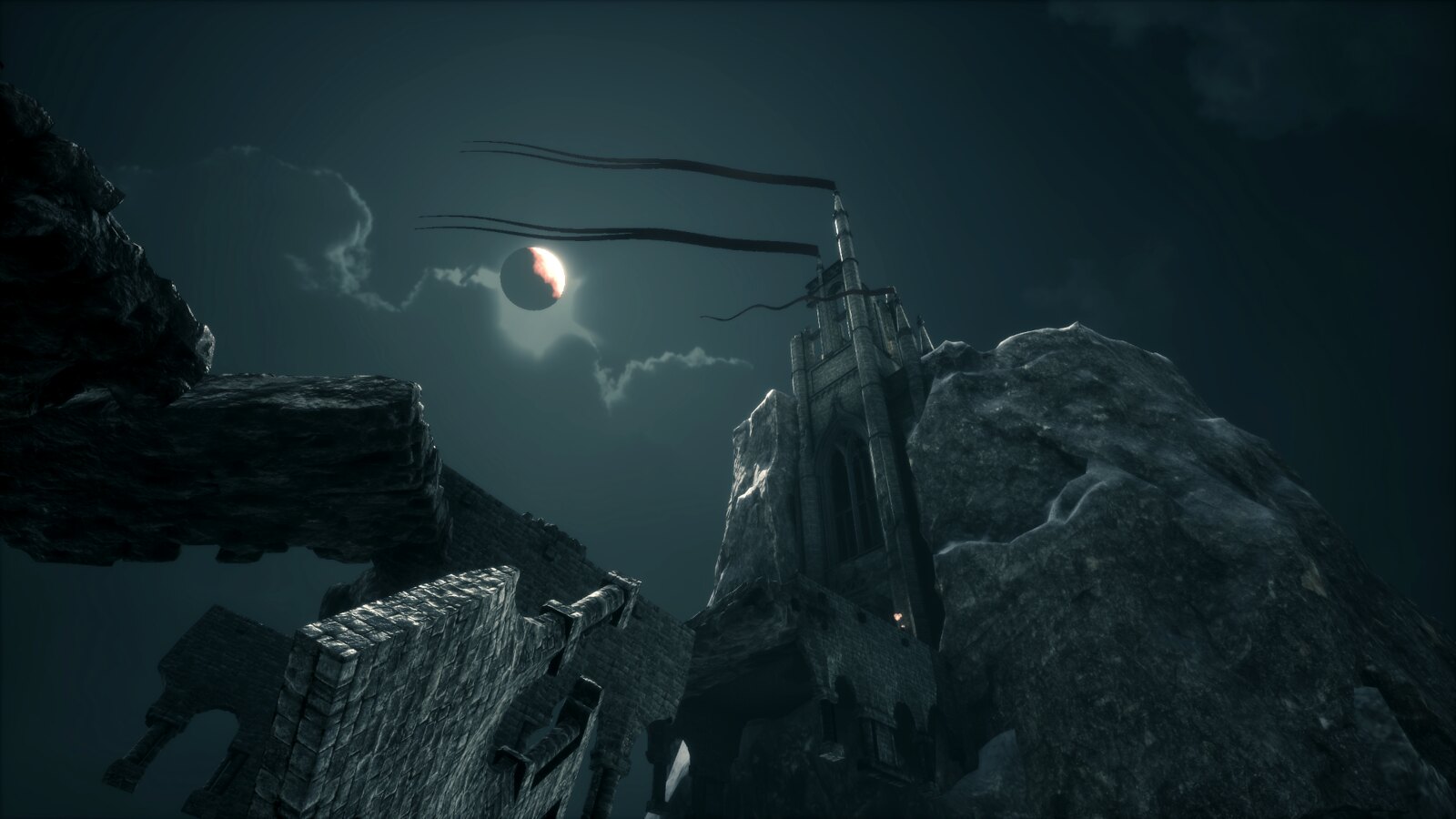 And for those of you that prefer to play with a DualShock 4 controller, we’ve come up with a novel way of using the Lightbar for motion tracking together with the gyroscope and accelerometer to create a six degree of freedom (6DOF) and tracked experience for weapon handling and aiming. I really look forward to hearing how you think it plays compared to using the Move motion controllers, which we naturally also support.

As your skill improves and you master the single player game mode, graduate to competing with other In Death players on the Ladder, our global leaderboard and asynchronous multiplayer mode. The Ladder is ranked leaderboard featuring a challenge-and-response system that allows players to issue a challenge to another player in their tier of the Ladder. A challenge is basically a contest between two players where they both will need to finish a run using the same random seed and achievement profile. Each week, the tiers are adjusted based on your performance in challenges, allowing you to progress up the Ladder over time.