After many years in development, Shakedown: Hawaii is finally in the… well, final stretch. This latest trailer pulls back the curtain and dives deep into the game – the world, story, empire building, characters, and customization. Take a look and see what’s been brewing!

Shakedown: Hawaii follows an aging CEO, struggling to make sense of the modern world. Online shopping killed his retail stores, ride sharing his taxi business, and streaming his video stores. His company’s stuck in the past, and so is he! To save the company, he’ll need to learn the methods of modern business, and use them to rebuild his empire. 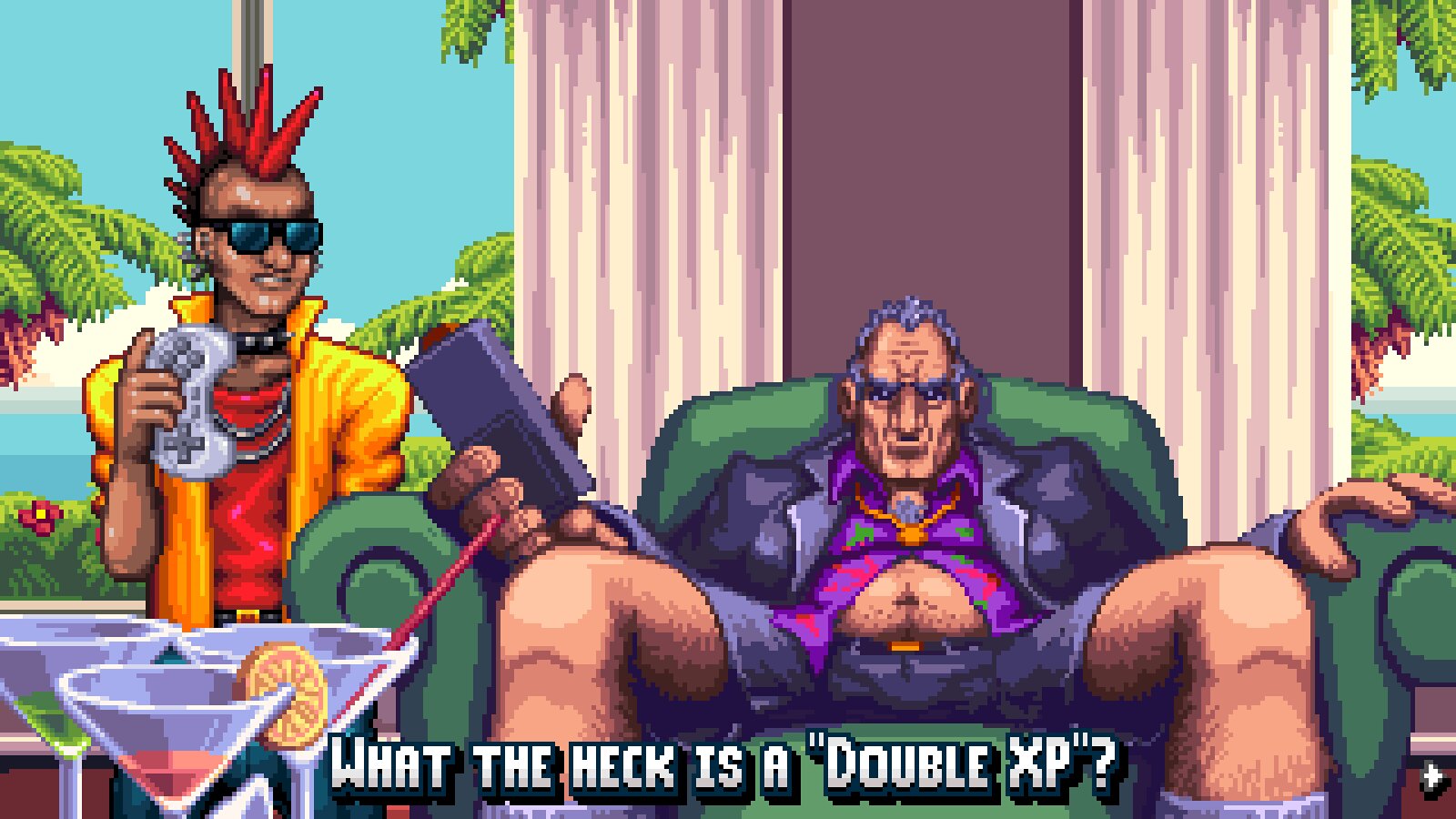 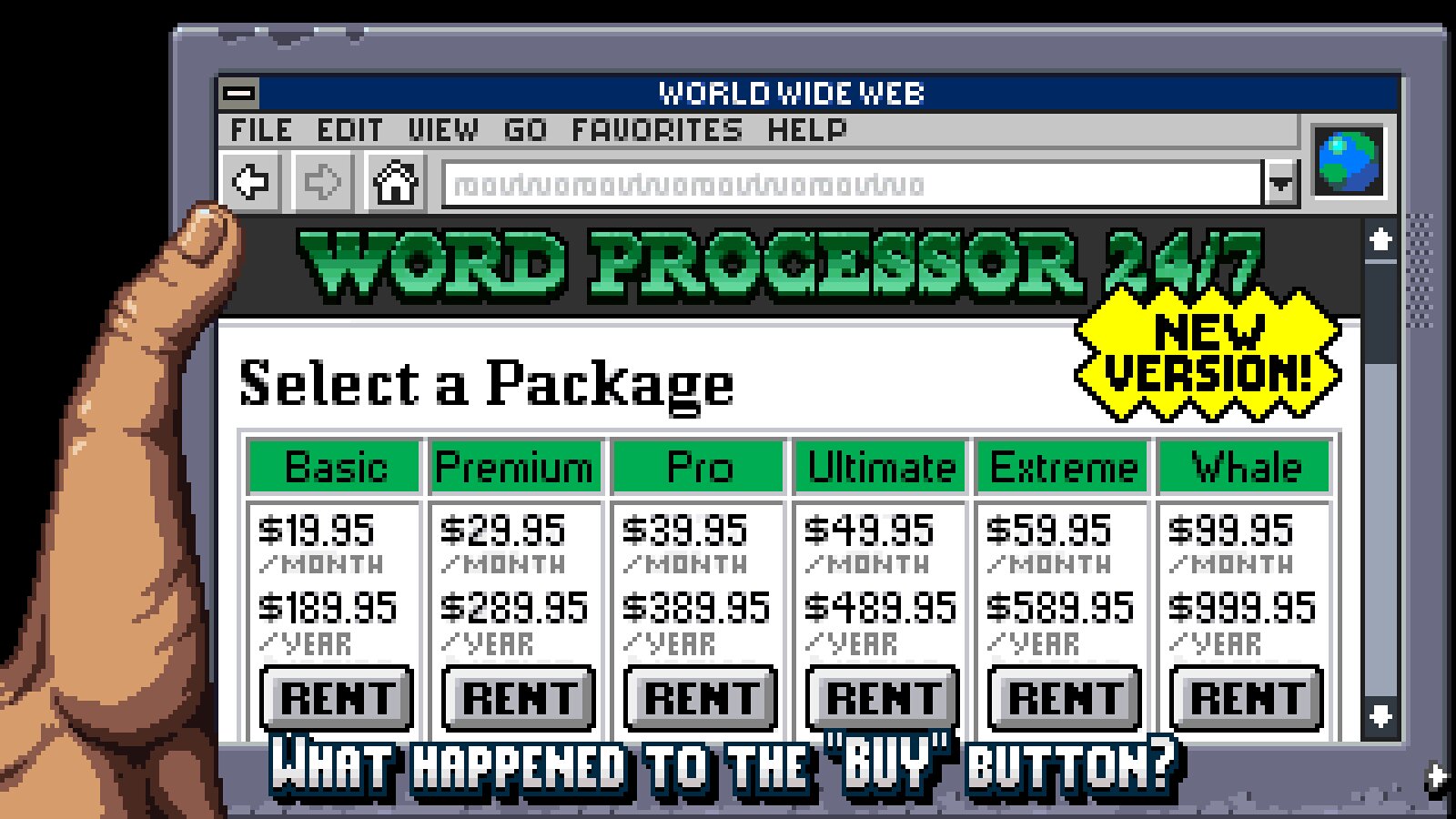 The entire island is up for grabs… or at least, could be… with the right business model. Build a “legitimate” corporation by completing open-world missions, acquiring businesses, sabotaging competitors, and “rezoning” land. 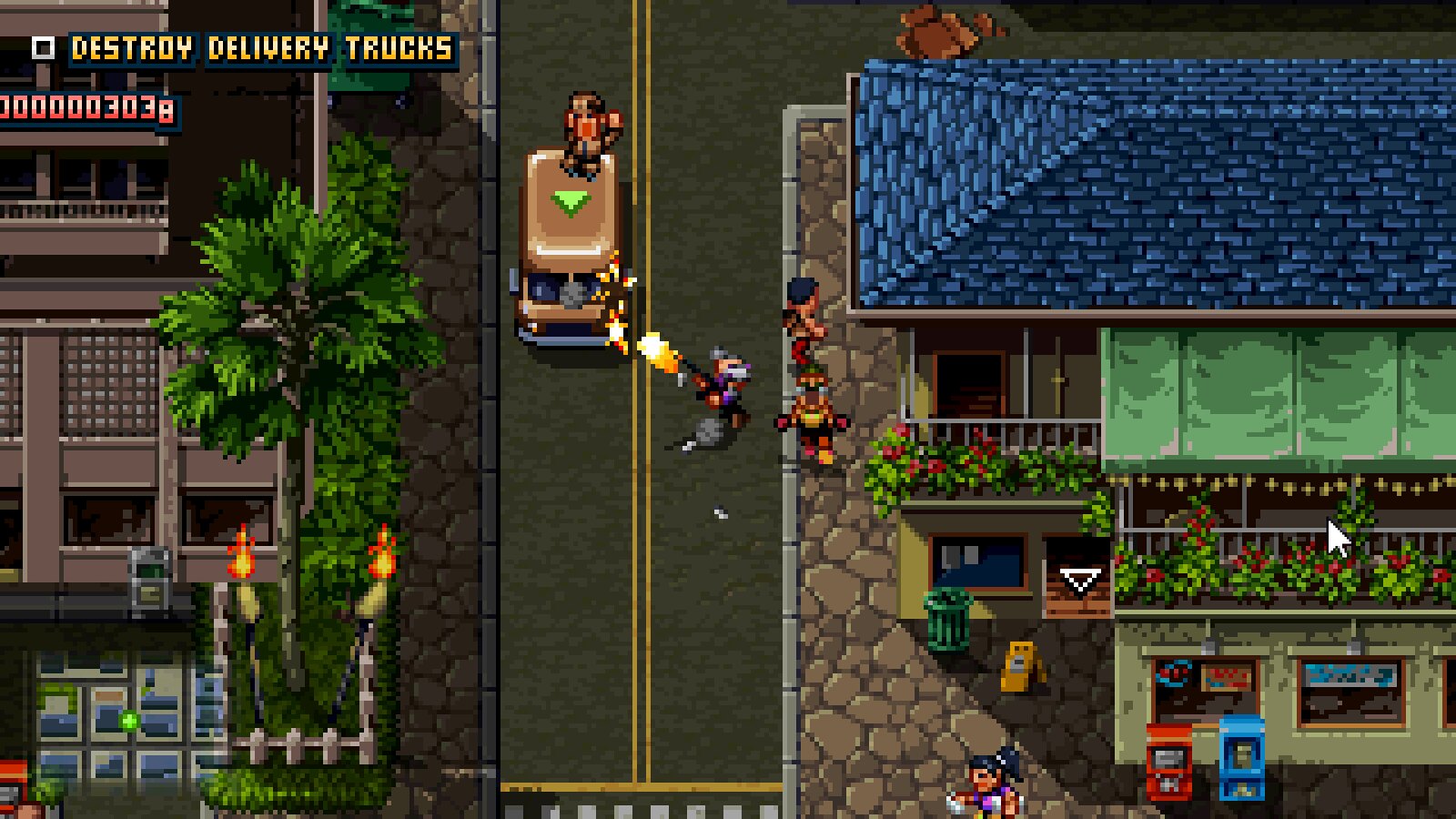 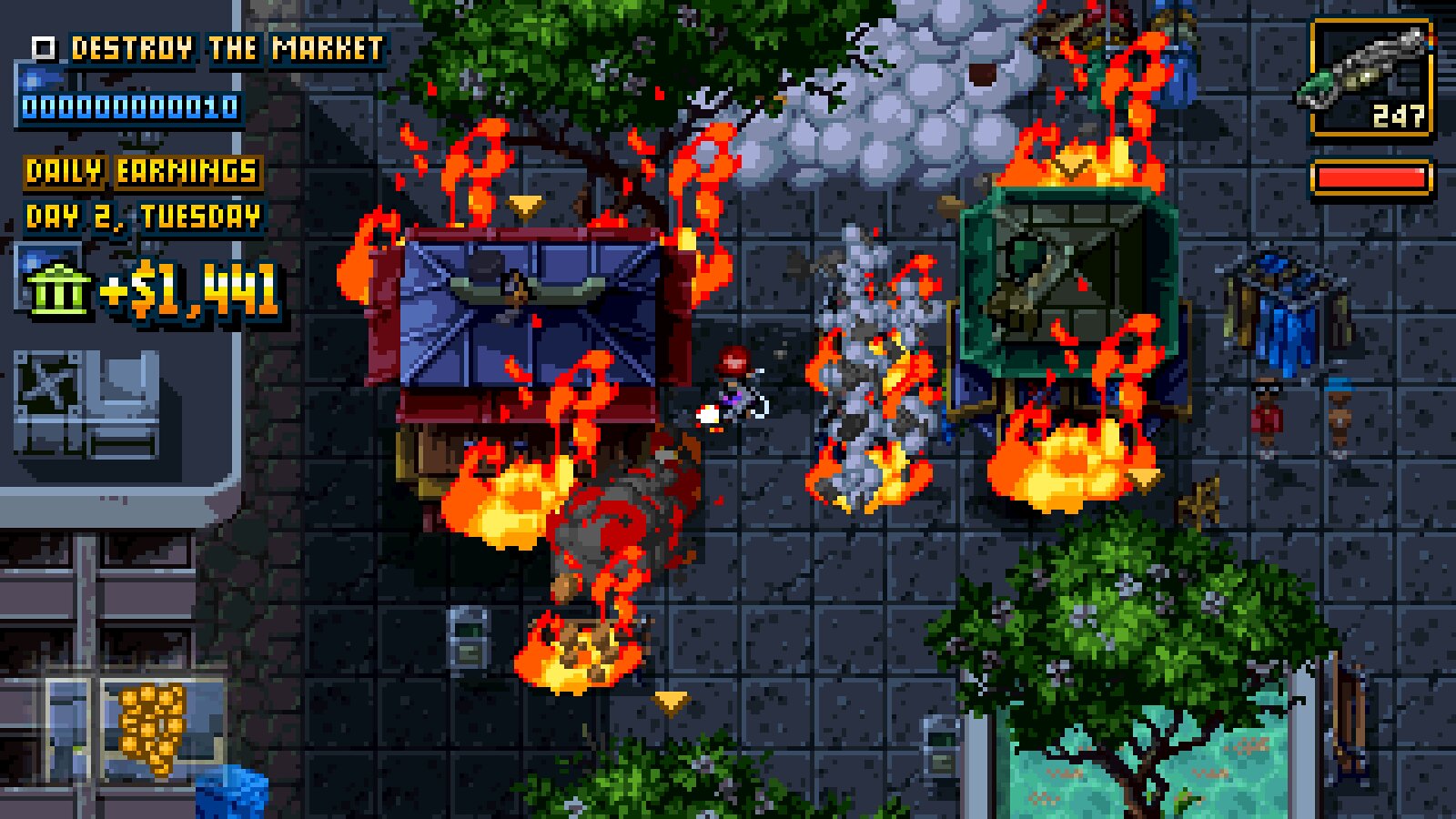 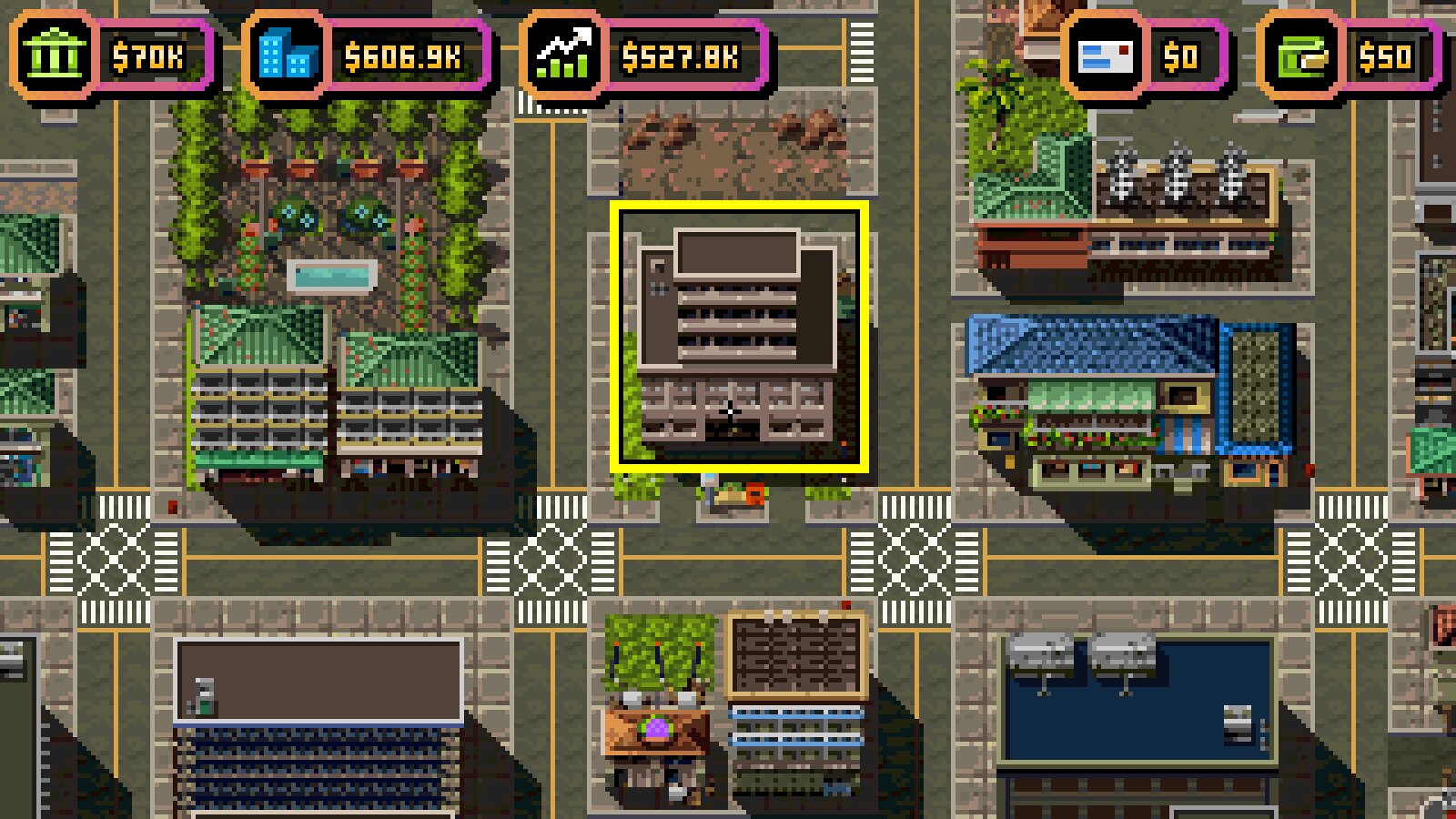 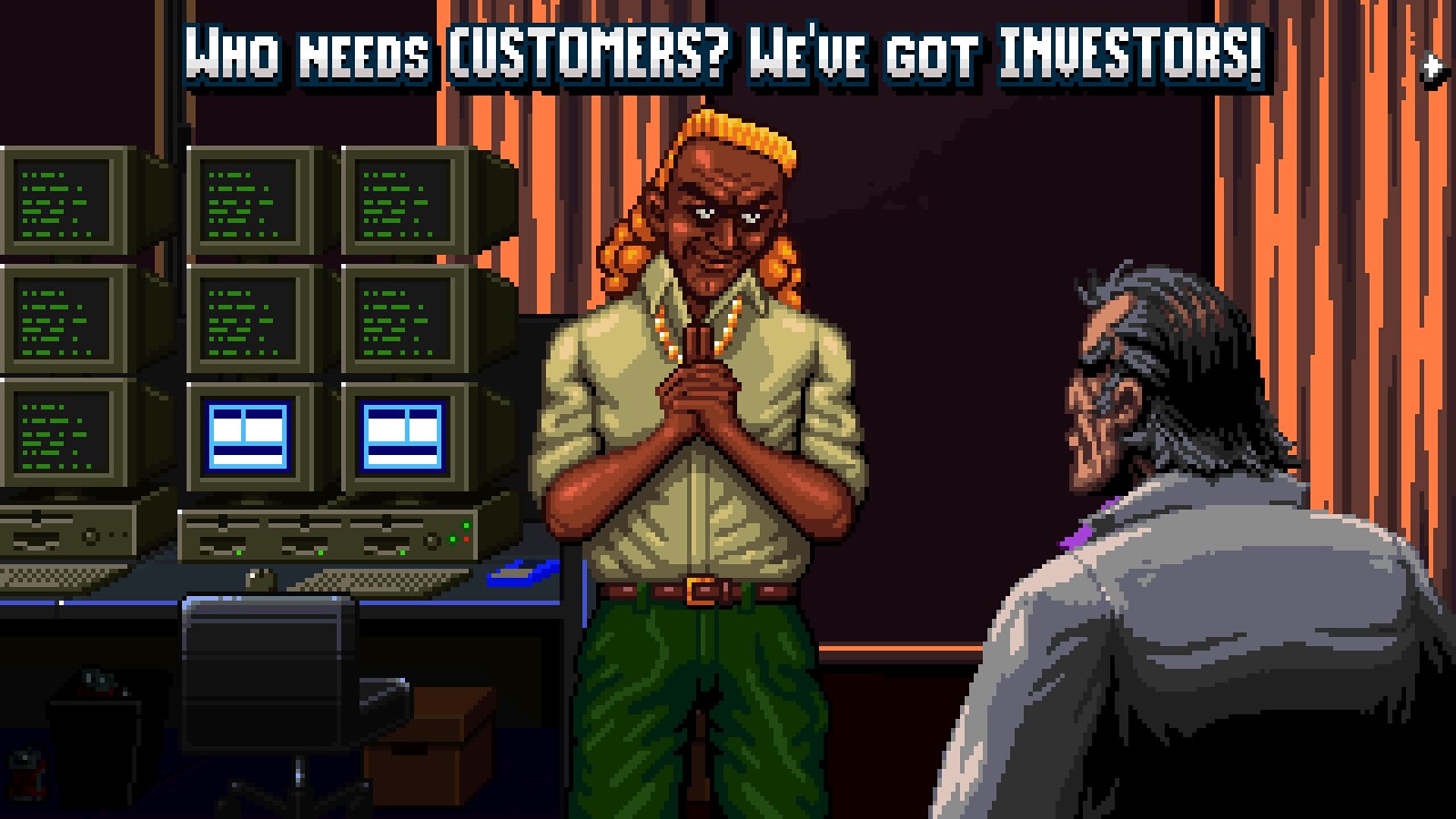 Shakedown: Hawaii features a 16-bit destructible open world, spanning from the city to the suburbs, the beach to the water, to farms, parks, and the jungle. Just about everything (aside from the buildings themselves) can be destroyed and will stay destroyed until you respawn. 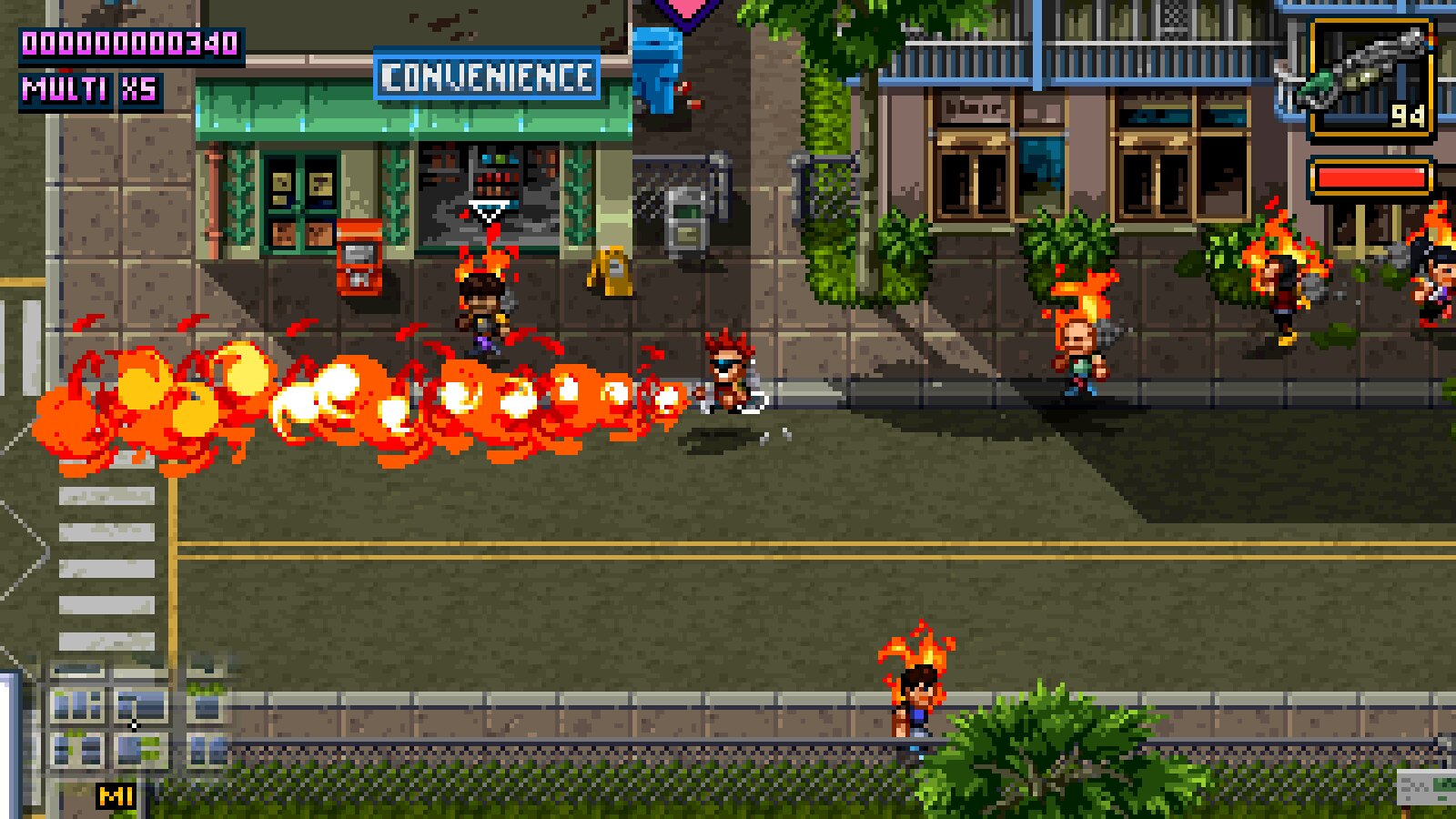 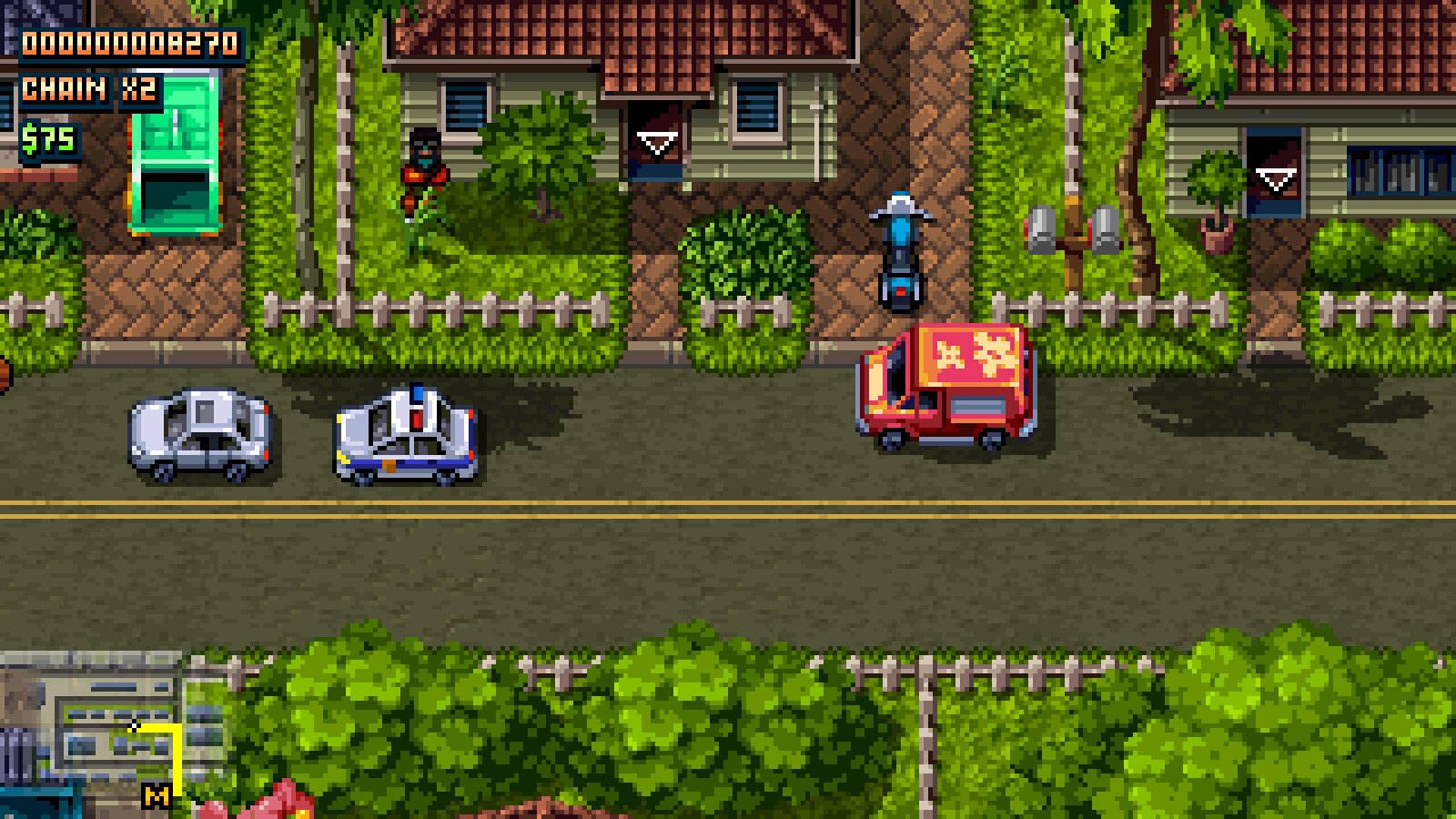 You can explore the world by foot, by car, or by boat, or go inside the 200+ enterable buildings. It’s filled with stores to shop at (or shoplift from), houses to burgle, civilians to interact with, and secret areas to discover.

Swing by the clothing shops, market stalls, or backyard clotheslines to customize your characters from head to toe. Your shirt, tie, glasses, hat, and even those little pixel “shoes” are all customizable. You can also head to barber shops to change your hairstyle or add some color. Bald is a choice in Shakedown: Hawaii!

It doesn’t end with cosmetics though! You can equip your characters with double jump by getting a knee replacement, or grab some orthotics to run faster!

As for vehicles, the city’s loaded with paint shops. Some are fully loaded, while others offer more niche detailing. Vehicles can also be repaired, or upgraded with nitro boost. You can also use parking garages to save your vehicles. 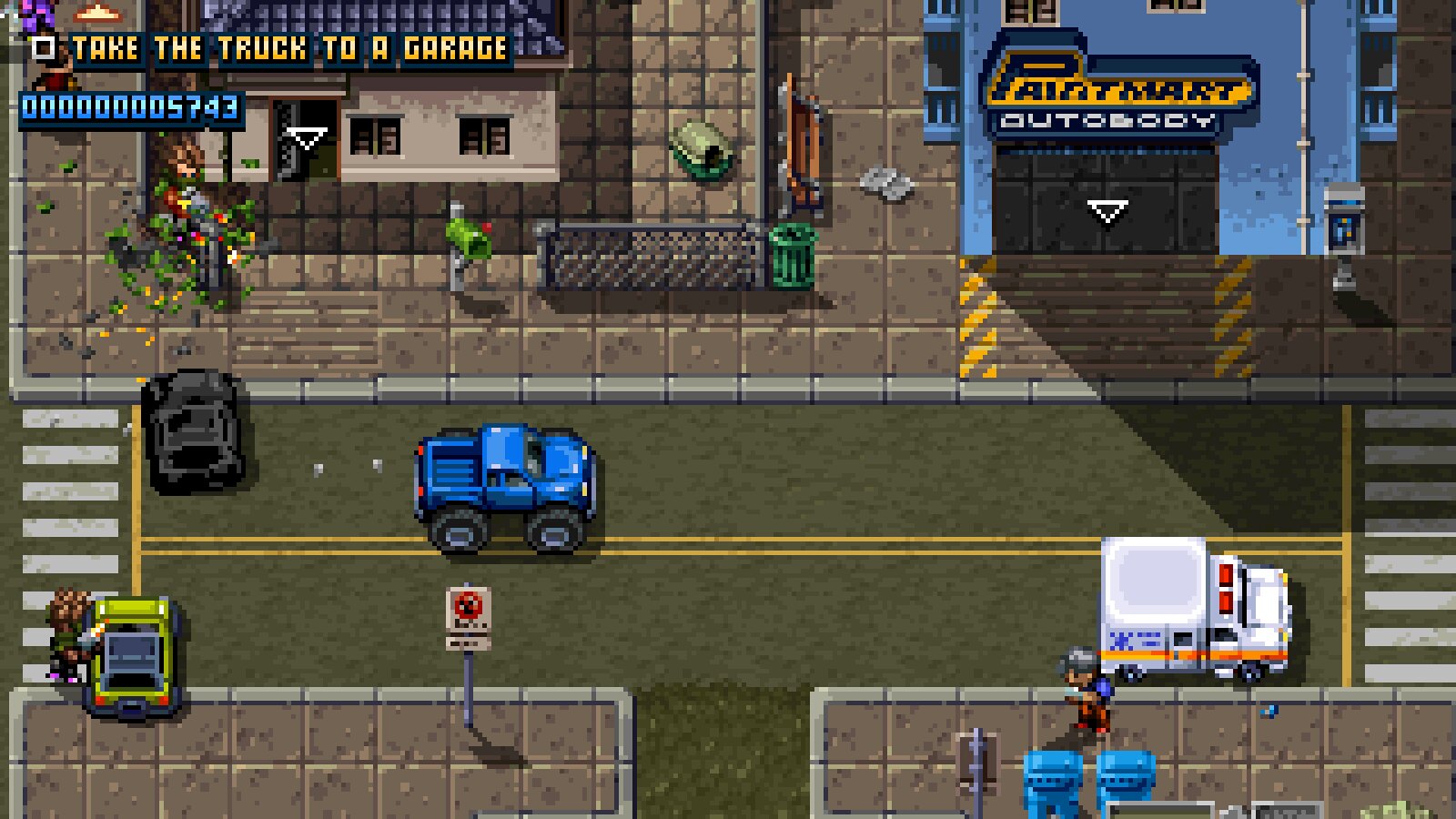 Shakedown: Hawaii includes a full Story Mode (including side quests), Arcade Challenges for fast paced pick-up-and-play action, and Free Roam Mode for when you just want to dive into the world and play.

It also includes over 80 stores to shake down for protection money (essentially micro missions). Found across the entire city, they can be completed in any order. From smashing shelves, to scaring customers, to jacking their delivery trucks, destroying their reputation with flyers, or clogging their toilets with paper towels, you’ll get your protection money one way or another! However, some shopkeepers will fight back, or even more dastardly, some are already protected by someone else! You might be walking into a fight, so be ready! 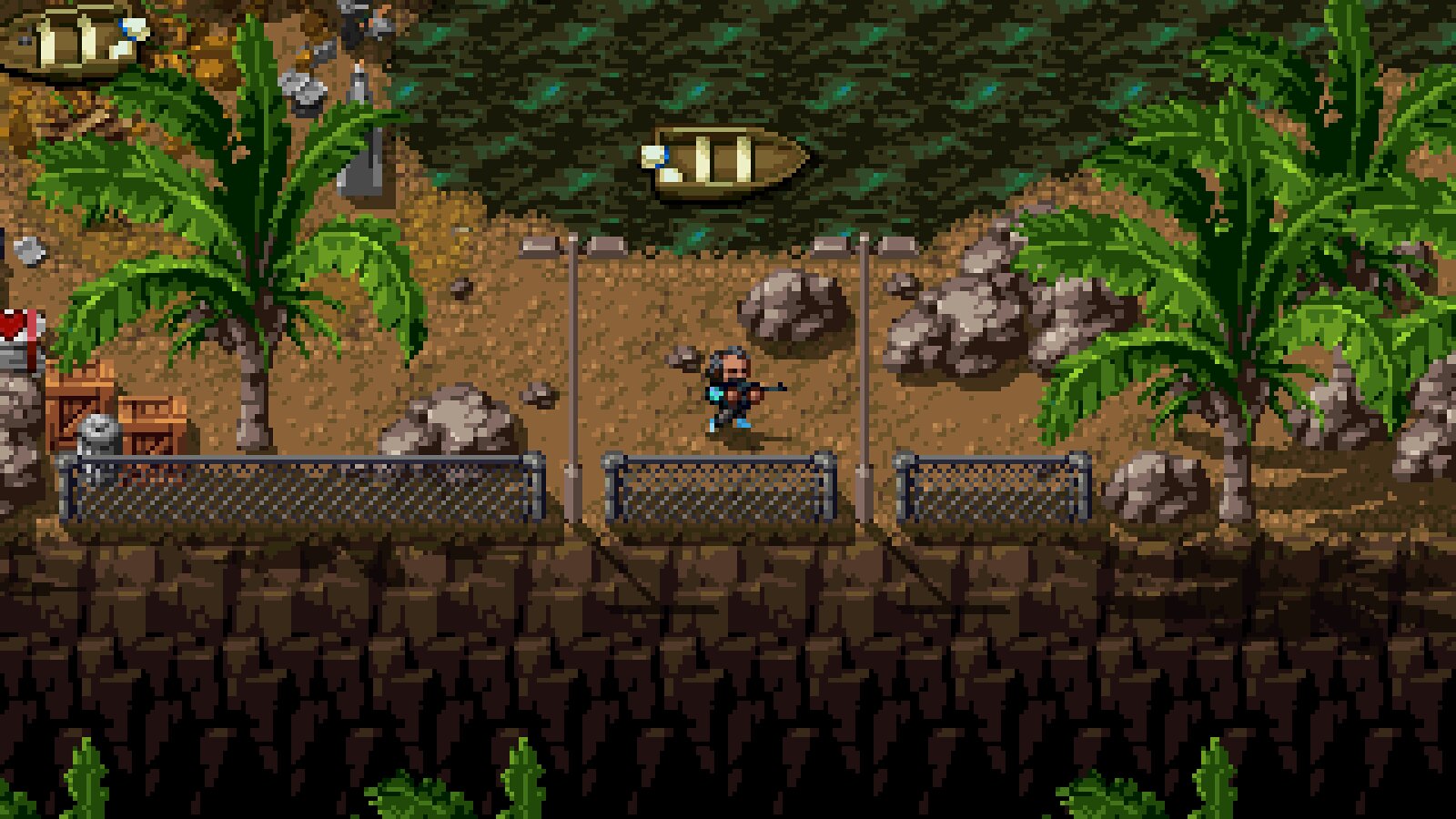 The story follows three protagonists. Although there is in-depth character customization, those teaser clips you’ve been seeing were in fact, different characters the whole time.

First is the CEO, who you’ve already met! Next, his son, an aspiring DJ in search of “gangsta cred”… and about to get in with the wrong crowd. Third, the CEO’s right hand “consultant,” ready to take care of all the dirty work. 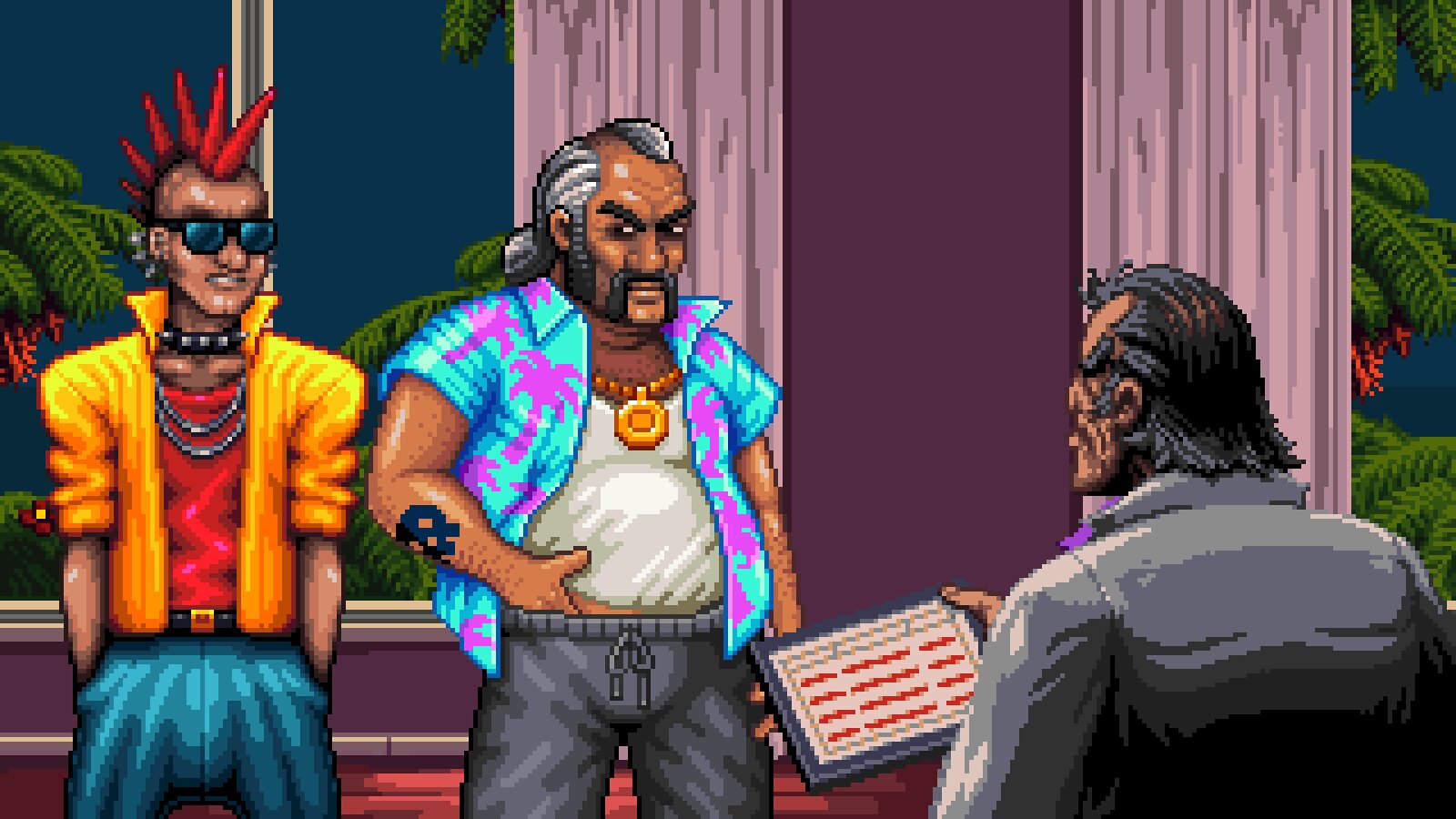 The good news is that it’s finally content complete. However, it still has a few months of playtesting, polish, and platform certification left. However, it’s finally close enough to lock down a release window — it’ll be in your hands Q1 2019… and it’ll be Cross-Buy for both PS4 and PS Vita!

I look forward to hearing your thoughts in the comments below, and am here to respond!