The underlying idea behind the artistic concept of Stardust Odyssey was to avoid a conventional, hard sci-fi universe. The aim was to create an 80’s-style, French sci-fi universe inspired by the likes of Mœbius and Jean-Claude Mezières, leaning more towards a world of fantasy based on magic and not industrial, advanced technology. We wanted to create a world where you would steer ships filled with ornaments and items made of primitive materials, such as wood, stone, leather and gold, floating through space with their wind-filled sails. The idea was to create a warmer feeling for the players, in contrast to the cold, futuristic materials and minimal design often found in sci-fi games. 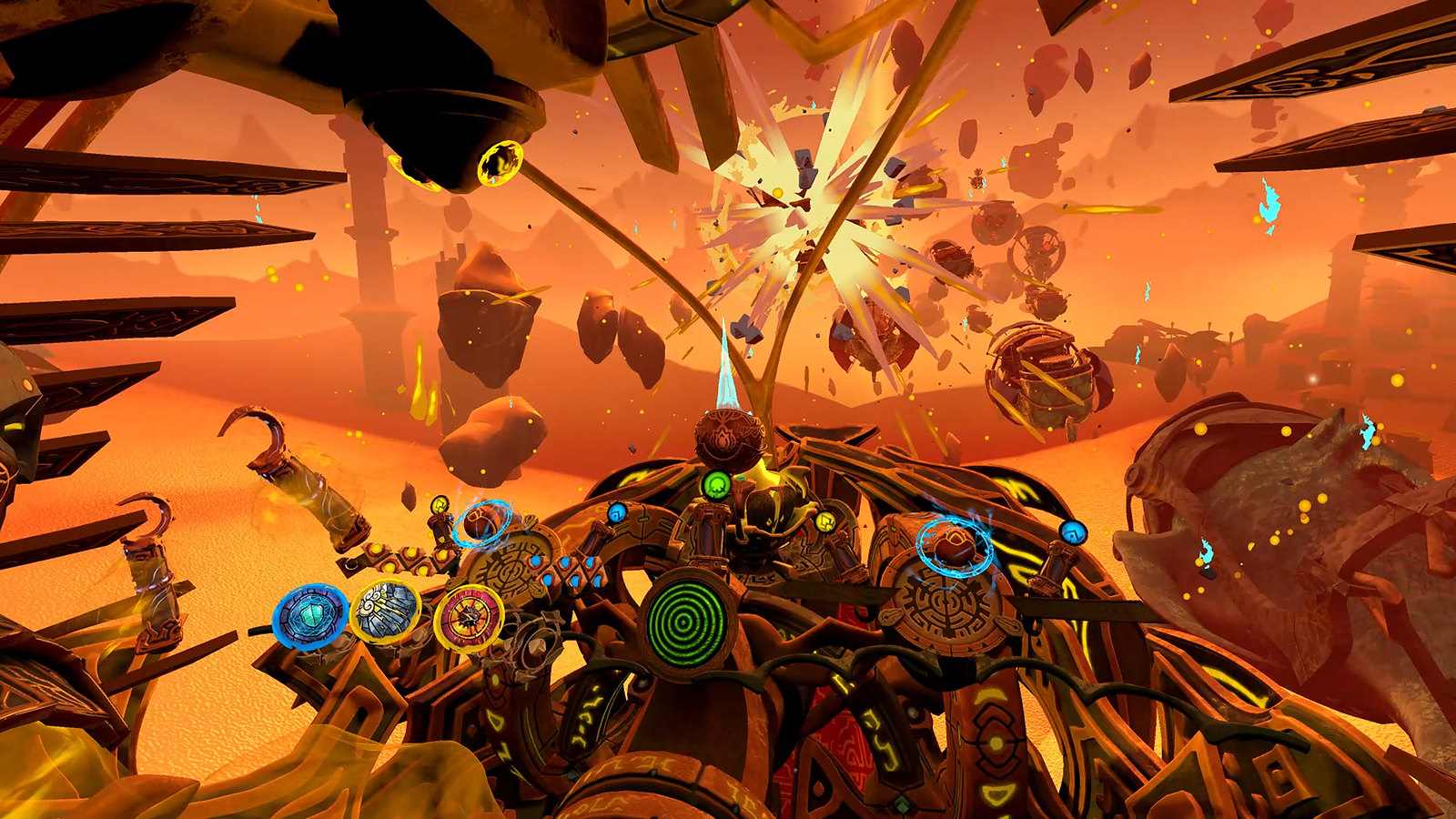 The second key element behind the game’s artistic concept was to come up with an original, exotic sci-fi look, taking inspiration from ethnic oriental cultures. The game’s main source of reference is the Silk Road and its convoys of merchants constantly travelling across land and sea to trade their merchandise; the middle-eastern civilizations of nomad clans and ethnic groups like the Berbers.

Choosing the Silk Road as a reference point meant inviting players to travel through two types of environments and atmospheres: deserts and seas. Instead of flying through space, our ships, designed like boats with sails, would float above a sea of clouds. With the constant presence of sand covering the hulls and cabins also referring to the idea of stardust. 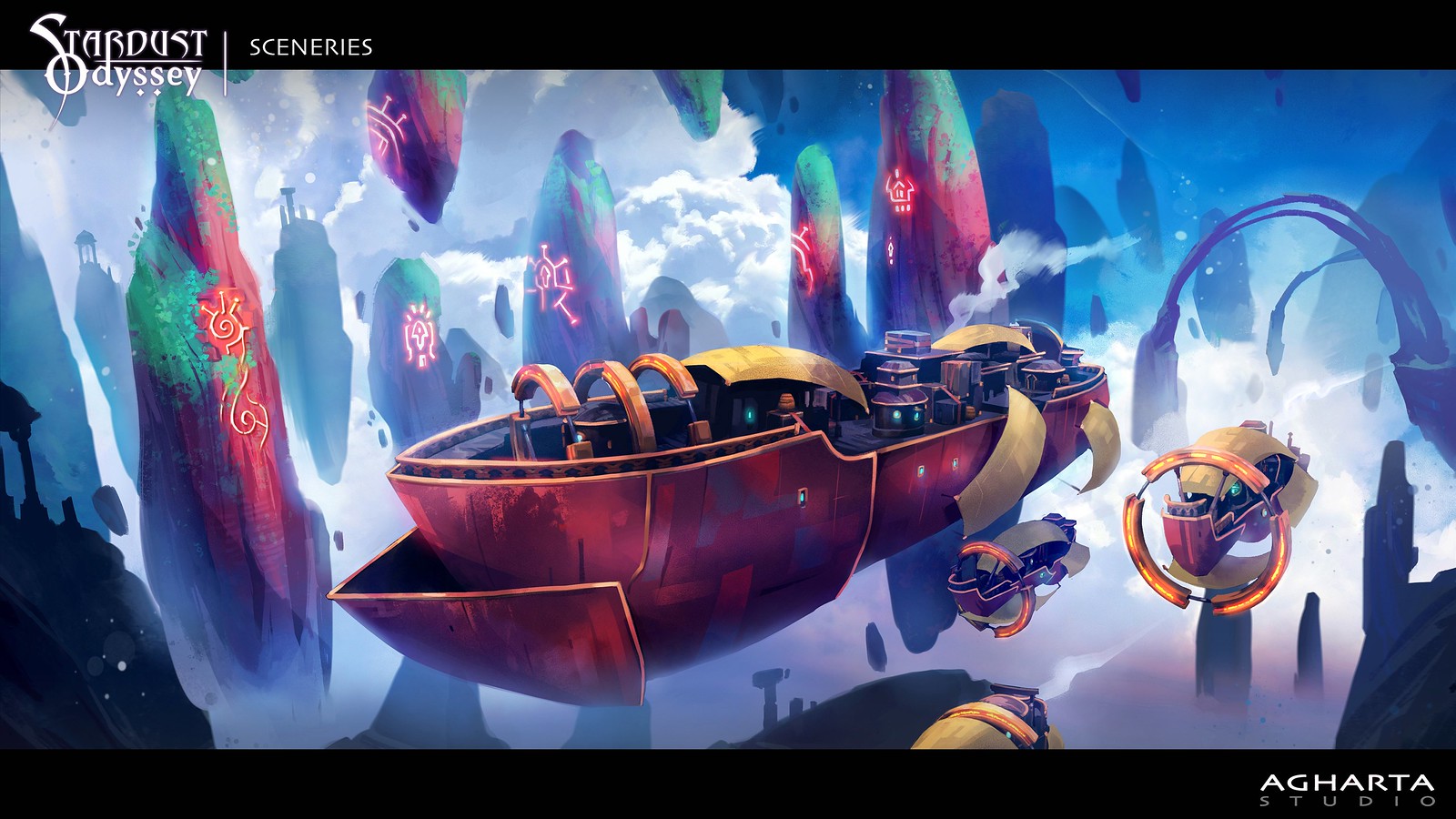 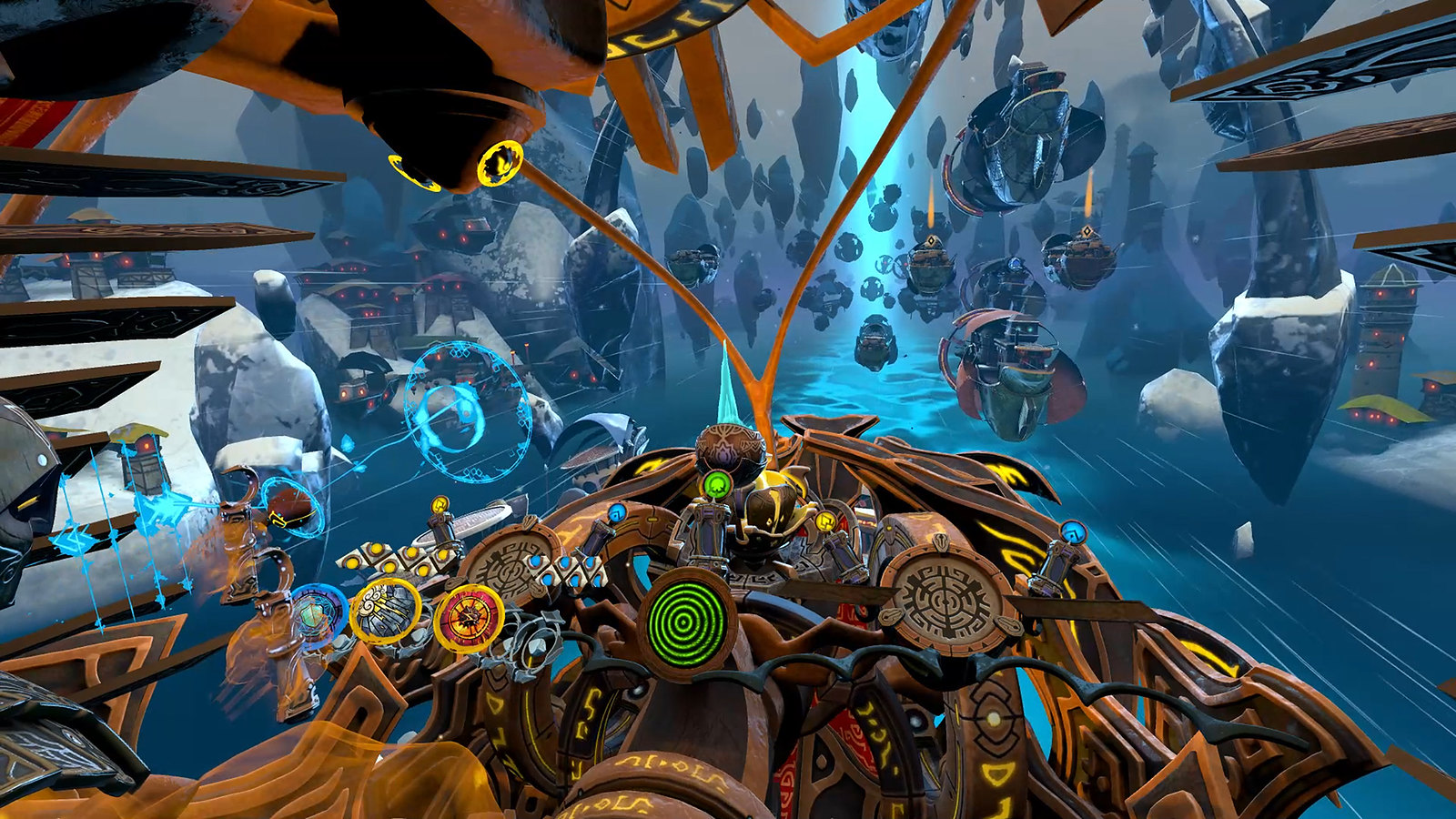 Even though “nomadic life” was the central inspiration for the design, the environment needed to include some “sedentary lifestyle” aspects, such as buildings and architecture, away from the convoys. These are like unreachable areas in the background, setting the scene for anchoring points where the constantly-traveling merchants could dock. So, we designed homes such as seaside villages with ports and lighthouses that could fit in any type of landscape, along dunes or cliffs, in order to give extra life to the settings and add to the allure of the game. 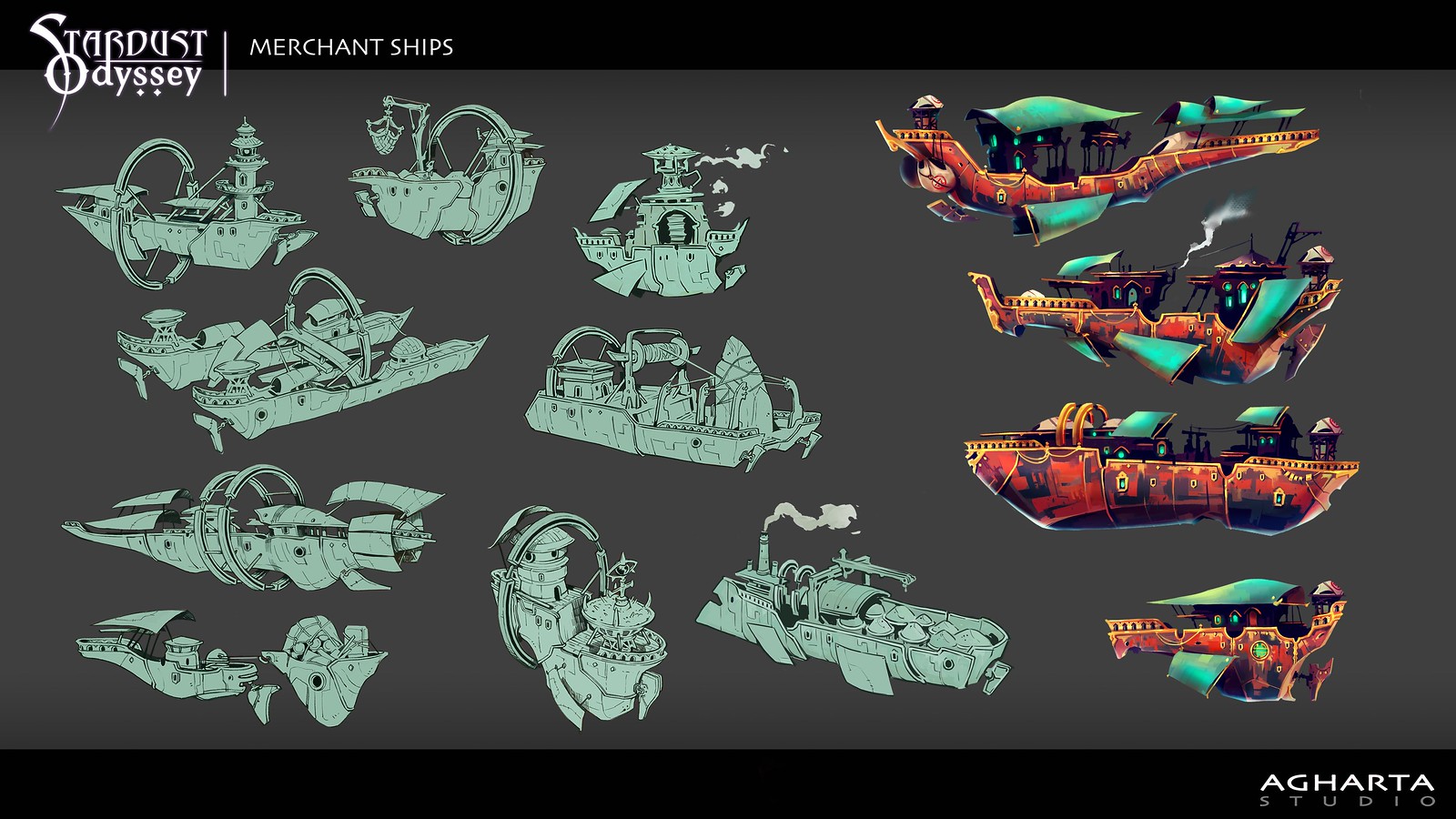 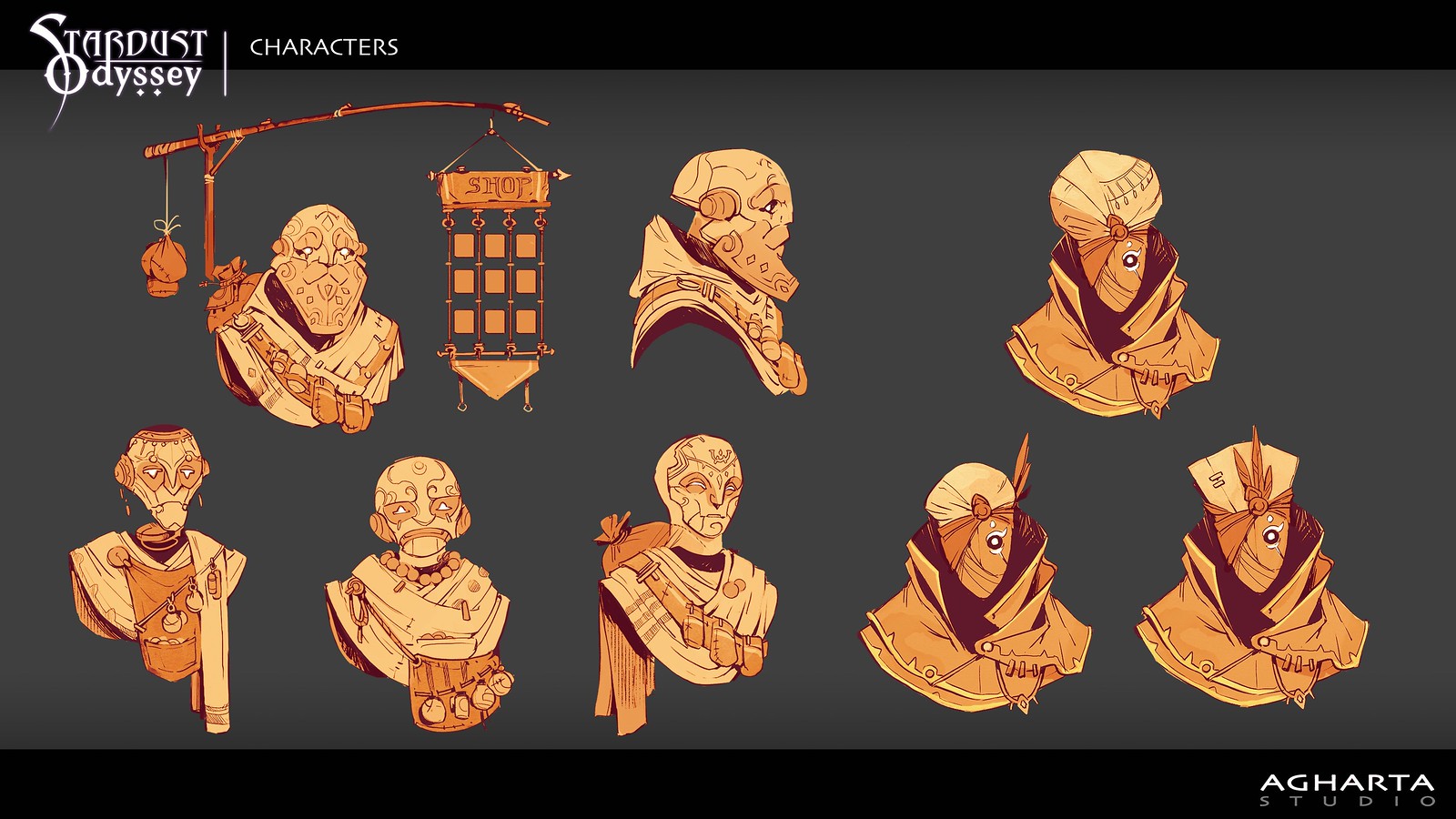 One of the main constraints was varying the rhythm, having two paces of gameplay.

Since the main gameplay involves sailing through convoys in an open view environment, we chose to establish the meta game in a cosy, more sheltered space. For example, a snug tent providing a different sense of space, where you can rest and sit face to face with the other characters. 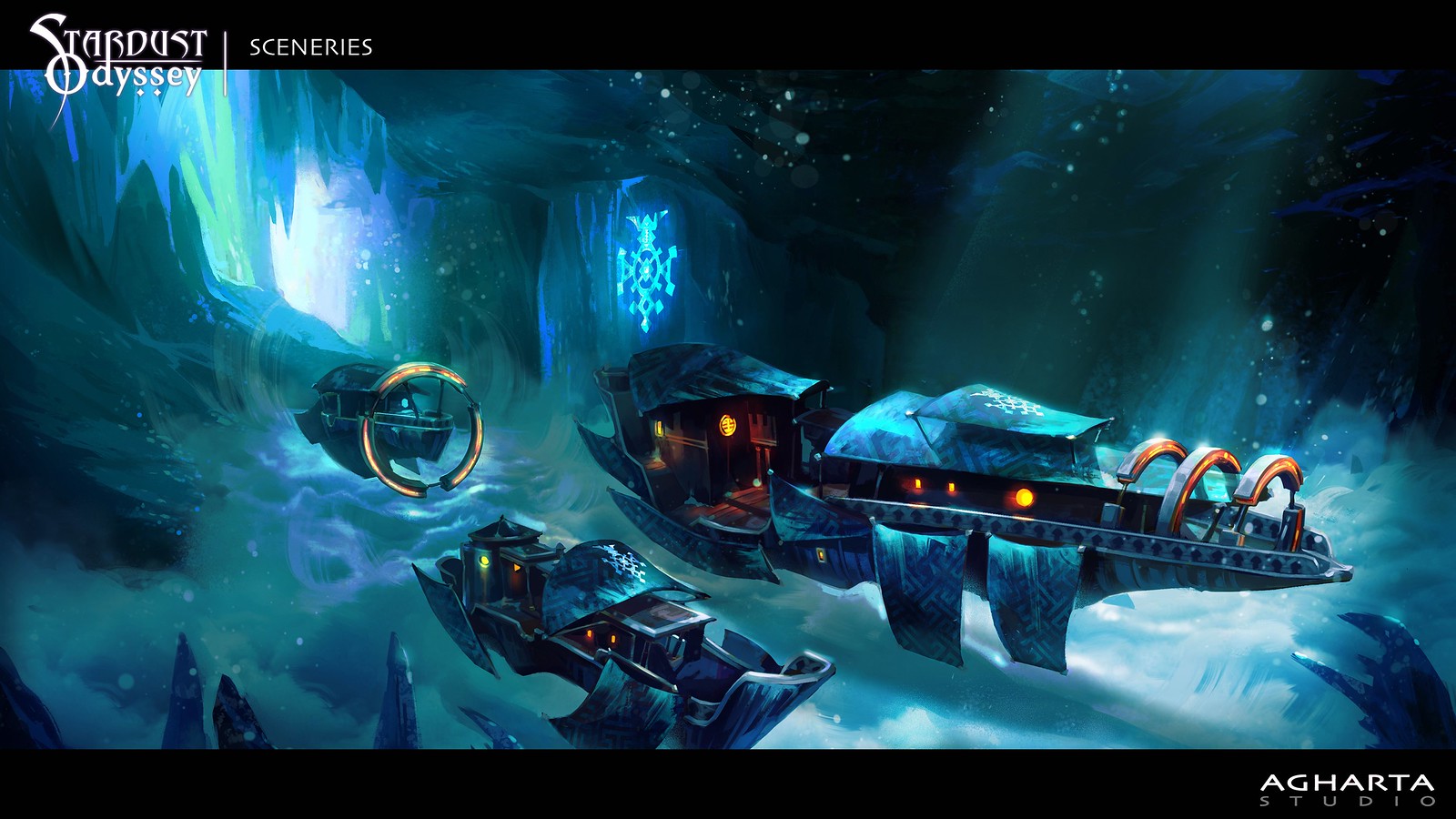 We also decided to represent both dangerous and harmless types of animals in the game. So, there are wild creatures in the form of parasites that attack the cargoes and players, but also domesticated animals, which are an essential part of nomadic tribes’ lives, helping to carry belongings.

Like oxen, the domesticated animals needed to be large, strong creatures, the size of a small ship, in order to tow large cargoes. Moreover, to fit with the underlying theme of the artistic concept, they had to be based on marine life forms, so we decided to create a whale-like creature to carry heavy cargoes.

As a small independent studio, we had to take on several roles. So, as a concept artist and head of the game’s aesthetics, I was also in charge of supervising the Sound Design and the coherence between the Artistic Environment and the Music. The musical compositions had to convey the classic, orchestral, epic feel of a fantasy adventure, based on the standard structure of western music but with a hint of oriental influence using exotic instruments.

We wanted to offer something fresh, an original VR game, and I think we did it!

State of Play September 2019: All the Announcements