At XR Games our mission statement is “XR for everyone.” The reason for this is simple. Extended Reality technology will eventually lead to virtual interfaces that are basically identical to those we use in real life. Take Job Simulator, a game about picking stuff up. Can you pick stuff up? If so, you can play the game. Cats don’t get it, because cats can’t pick stuff up. People can, and do.

We’re some way from a technology that can perfectly simulate real world interactions, but plenty of games and apps prove that what is currently available in VR is enough to promote simple, fun, transparent interface experiences. There’s no reason to procrastinate: we want to make cool games for everyone and we want to make them now. 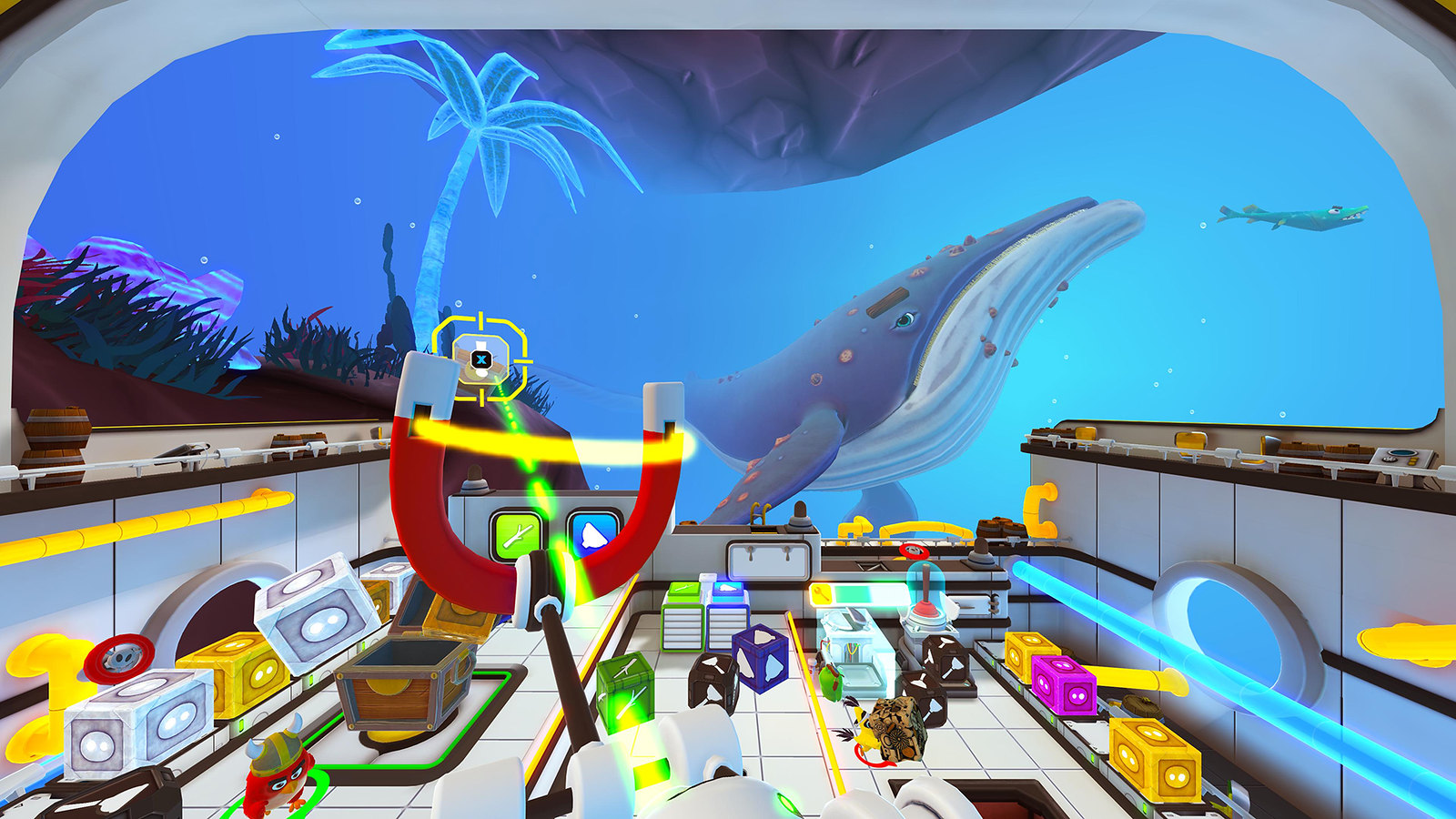 Hence The Angry Birds Movie 2 VR: Under Pressure. It’s a game for everyone, designed to introduce players to VR. More specifically, it’s designed to help existing VR players to evangelize their technology to the people around them. Every person I know who prioritizes games in their entertainment diet also keeps a permanent eye out for games to play with the people they care about. So here you go, PSVR owners — we made you a VR game to play with your family and friends. And it’s launching August 6.

The history of video games can be seen as a history of the accessibility of technology. For a lot of people in the 70s, the first computer they would’ve encountered would have been an arcade game. Nolan Bushnell’s conceptual shift from Computer Space to Pong reduced a page of instructions to “avoid missing ball for high score.” When the Space Invaders arrived, their inexorable descent was a metaphor for the encroaching information age, and we ate it up like a hungry Pac-Man. Home computers were suddenly cheap enough to be bought by parents to help educate their children.

And it worked! By introducing kids to a multiplicity of technology interfaces via the medium of games, a generation learned about computers while thinking they were slacking off. Stealth education! Donkey Kong 101! Good times.

That was in the ‘80s; generations have since grown up able to operate computers by keyboard, mouse and touchpad. Move controllers have been swung in millions of homes. A mobile revolution has placed touchscreens in the hands of babies. Everyone is playing because everyone can play. 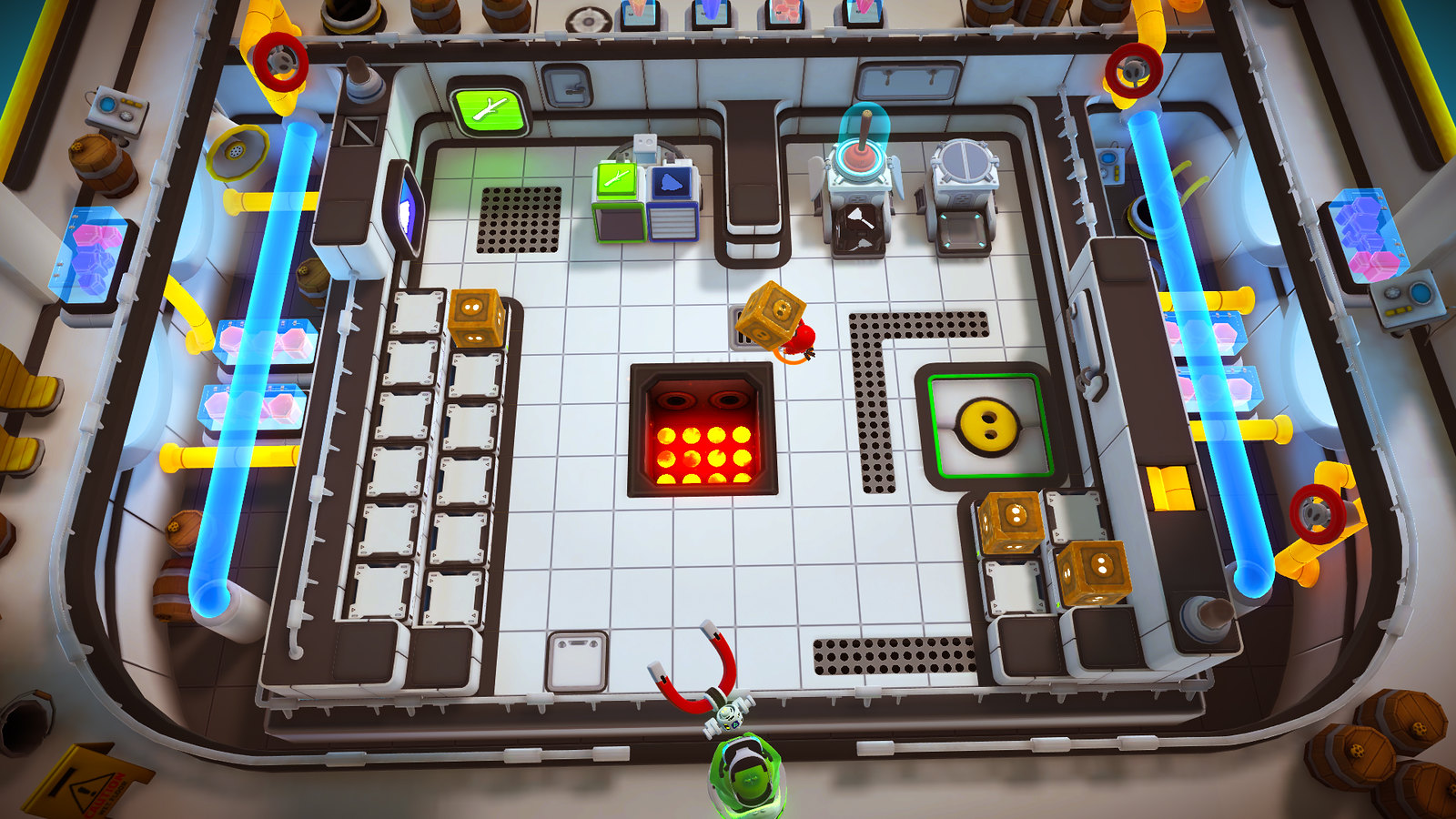 We know people want to play, and we know they will enjoy playing. But what do we need to offer to start them playing?

People Want To Play Together

The first, best reason is always social. If humans play, they want to play together. Additionally, if people are being introduced to new games, it’s good to be in the same place as the person helping teach them. On top of that, there are concerns with kids playing games in VR, so it would help if there is a non-VR component as well. Sony’s social screen technology, which allows one player to play in the headset and everyone else to play on TV, empowers local multiplay. That’s a good start. 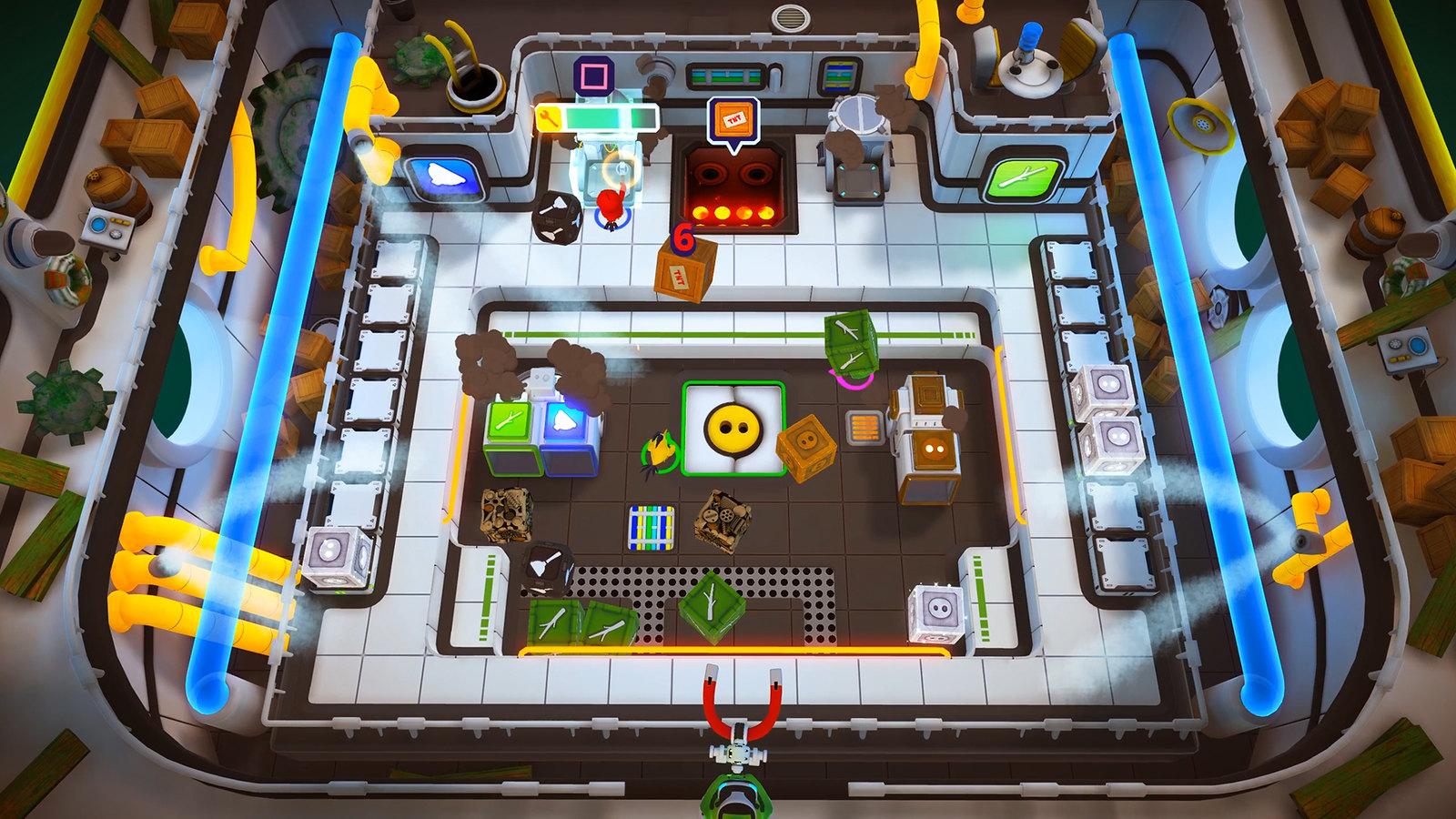 Next we need to look for content that different people can enjoy with each other. In the same way that we look for movies and TV shows to watch together — not the ones we would necessarily choose to watch by ourselves, but which overlap our shared tastes – we need games that have something for everyone. Enter the Angry Birds, who for ten years have been an entry point to mobile games of many different styles, and are also major movie stars. Just like everyone gets picking stuff up, everyone gets the Angry Birds.

The local nature of the play leads naturally to asymmetric gameplay. Two interfaces, a first person view in VR and a top down view on TV. Two ways to play, two roles. This is the starting point. So what’s the story? What are the player roles?

The VR player is the captain of the submarine from The Angry Birds Movie 2. The TV players are the crew of that submarine, doing repairs, crafting torpedoes and storing treasure. The VR player is in charge of the TV players, and is able to help them out with gameplay and learning.

The captain monitors event and grabs as much treasure as possible from the ocean, which the crew then store in the sub. In our user tests, some captain players directed their crew closely, others ran a looser ship. Some flung their crew around without even asking. The captain has a lot of tools to help the crew enjoy their game. 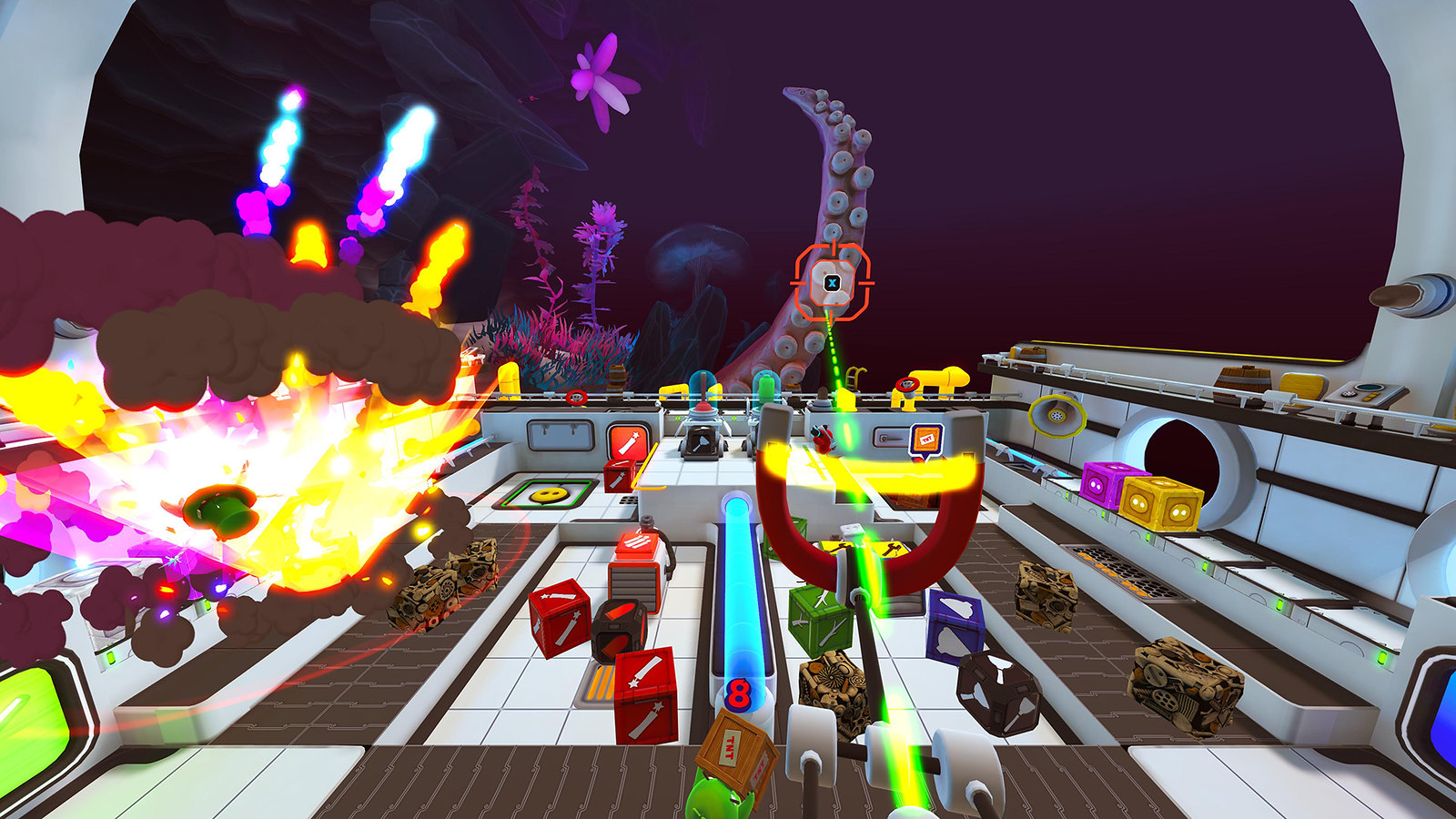 Plus, any crew player that wants to graduate to captaining the sub can do so. The crew game is easy to learn and easy to play, but it’s short on information — the TV players don’t see everything. The captain sees the ocean filled with fish, coral, undersea treasure, and the ancient ruins of Piggy civilization, all in VR. They can also see their crew, scampering around the sub, and interact with them. It’s cool to be the captain.

Talk to Each Other!

The captain has a gameplay tool called the Magnashot, which is a classic Angry Birds slingshot with a magnet in it. It can suck stuff up and throw it back out — including the crew players. This gives the captain a lot of power. But there are things that only the crew can do, such as load machines and move explosive crates (which do not mix well with the Magnashot). 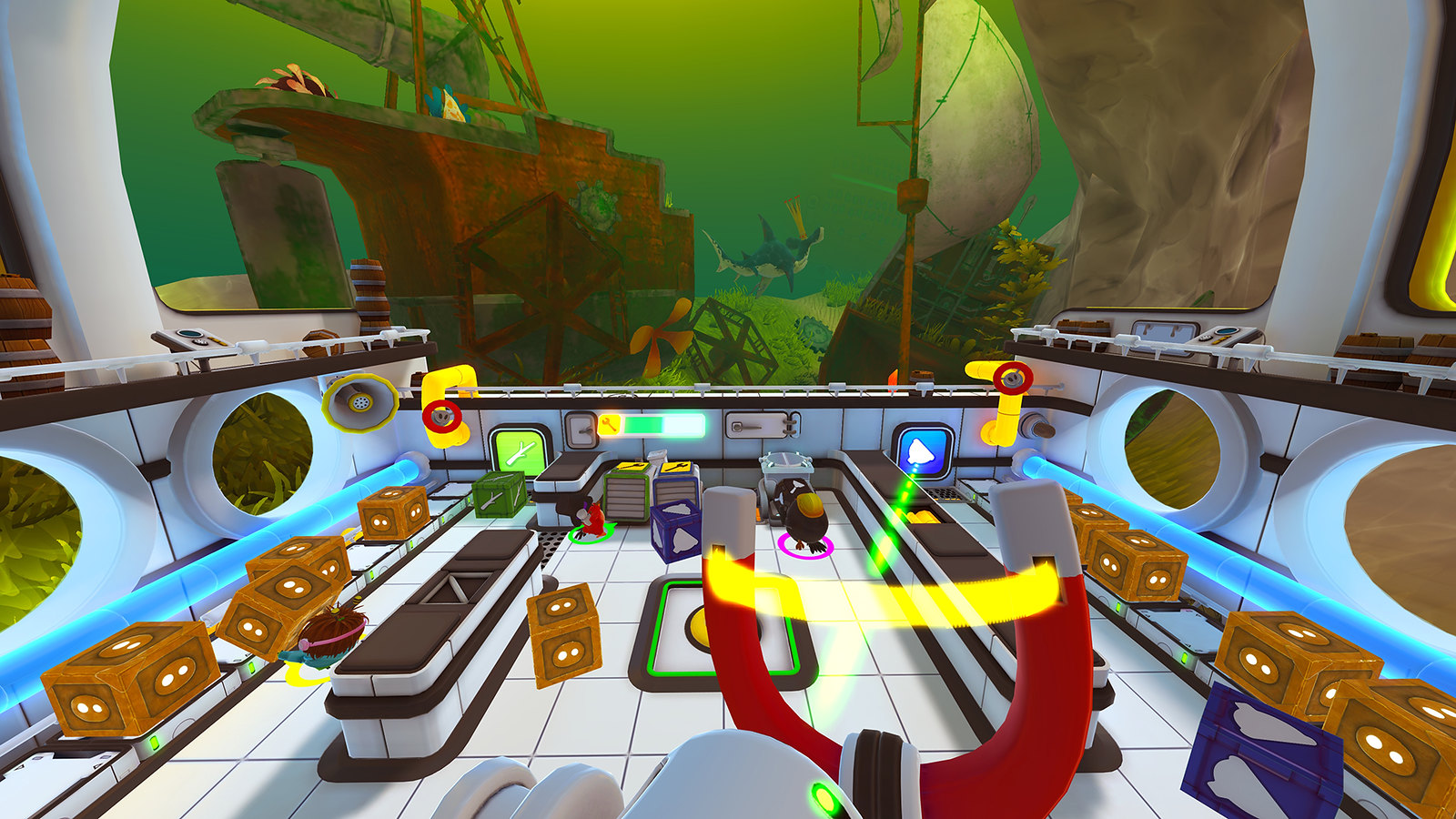 This division of labor promotes communication. The team needs to plan together, ask for things, shout warnings, apologize… there’s a lot going on. The most obvious example is classic Angry Birds TNT, which in this game counts down then explodes. It must be disposed of immediately. The captain can’t move TNT, so a crew member must throw it in the furnace. But only the captain can activate the furnace, so the crew need to shout at the captain. “TNT! TNT! Furnace, furnace, furnace!” These are the most common words used during playtesting. Also: “Never mind, you tried your best…”

Stand Together or Fall Apart

And what happens when things go wrong? For friends playing together, when things go wrong they laugh. This is a slapstick game in which fumbles multiply, small setbacks snowball, and bad things could happen to anyone. This open, low-stress / high-comedy framework is one way for people of different abilities to play together in comfort. Everyone can contribute, and anyone can make a mistake, with consequences just as entertaining as a win, if not more so. 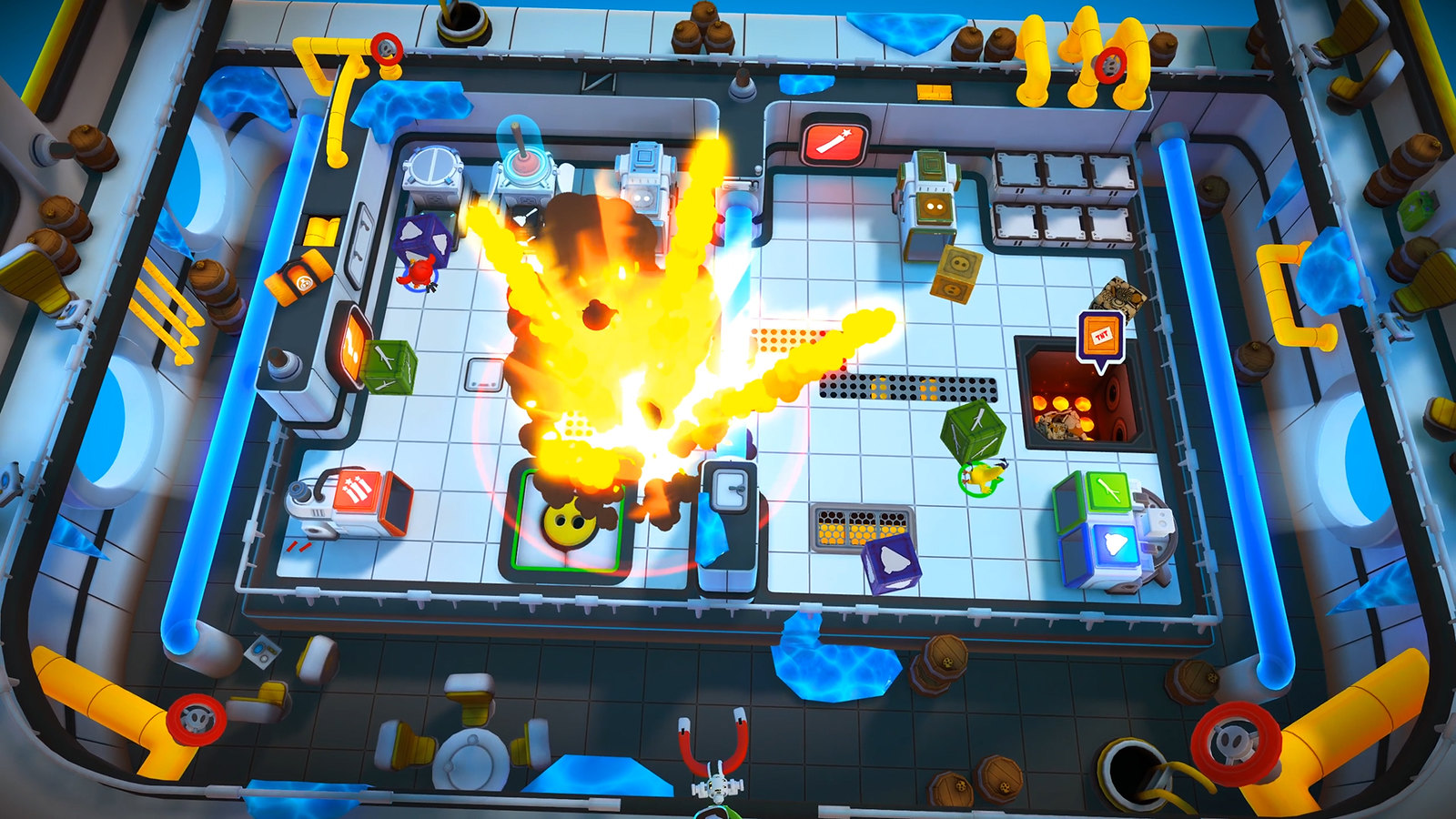 (In the game, consequences tend to revolve around misplaced explosives. Or players falling in the furnace while trying to dispose of those explosives. Or the sub being hit by a giant tentacle while the captain is distracted helping players out of the furnace. But hold it together, team! Remember — when you’re in a submarine, leaks are motivational!)

Ultimately, we wanted to make a game about friends and family succeeding together, to make a social VR experience that’s completely positive. The captain and crew roles complement each other, which creates a unique experience — but also gives the captain lots of tools to help new crew learn the game. It’s a really great feeling when your crew syncs up instead of sinking down… especially when you’re Under Pressure!

Destroy All Humans! Is Now Available For Xbox One