PlayStation VR gets a pair of diverse new experiences next week in The Room VR: A Dark Matter, the newest in the acclaimed puzzle series (and its first foray into virtual reality); and Paper Beast, a surrealistic zen sandbox from gaming industry legend Eric Chahi — the mind behind 1991’s seminal cinematic adventure Another World. 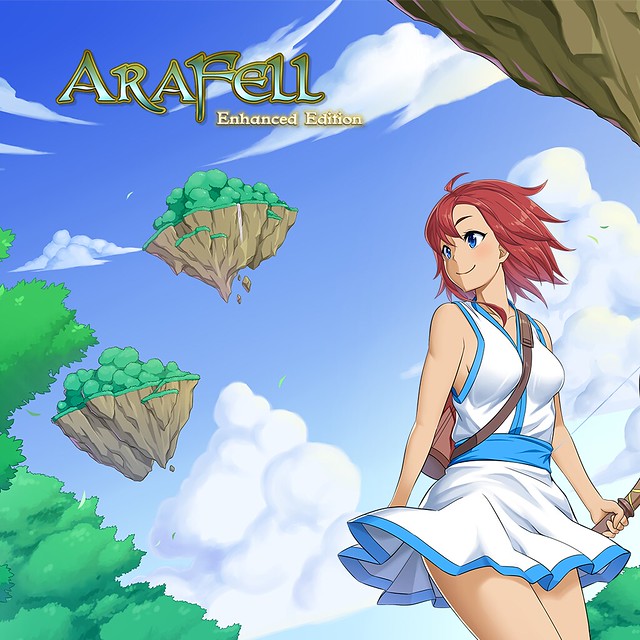 Ara Fell: Enhanced Edition is a 16-bit era, Japanese-style role-playing game. Take in the beauty of a magical world floating above the clouds, then take on a menacing race of vampires hidden in the dark.
Dissection
PS4 — Digital 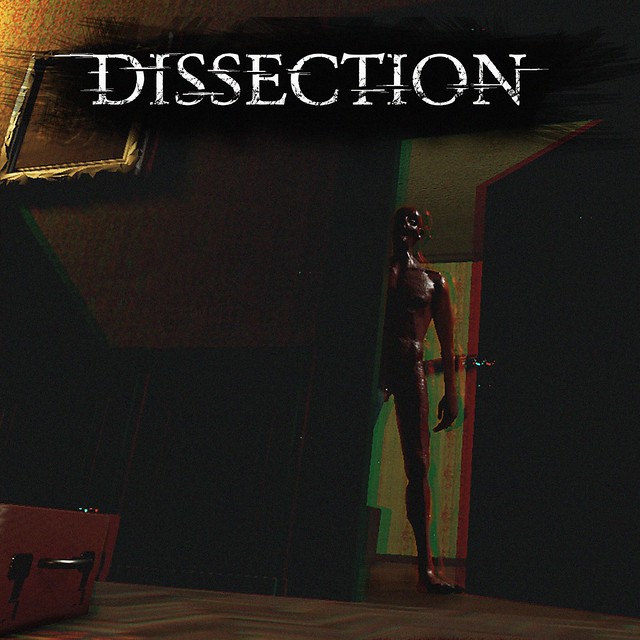 I don’t remember how I got into this house. I only know that I need to quickly find a way out because something terrible is walking around and looking for me. Avoid meeting a ‘living corpse’ and find key items to progress through the game. Find the key to the front door and run away from this house.
PS4 — Digital 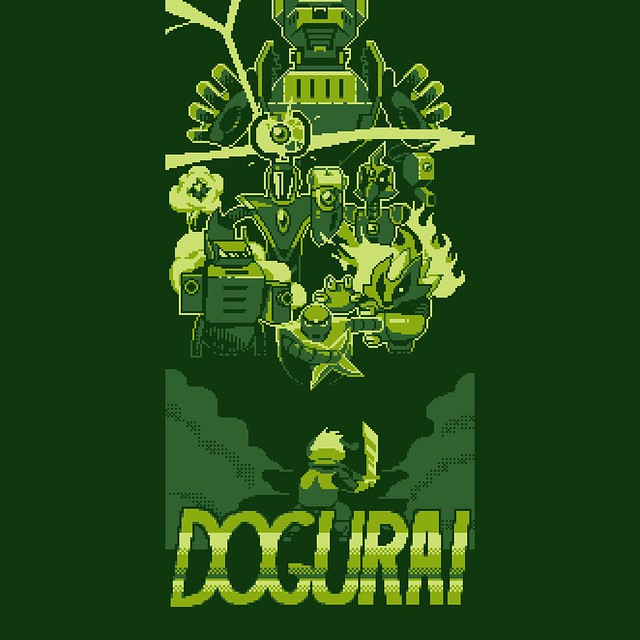 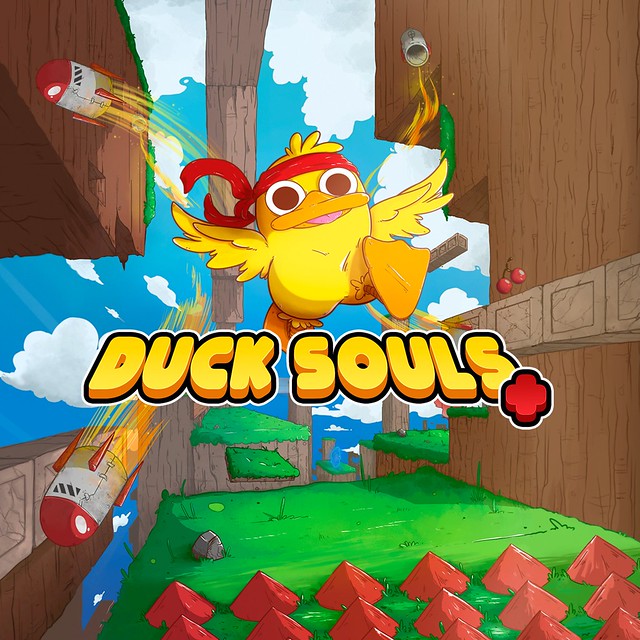 Run, jump, and dash your way through traps to collect all the eggs! Duck Souls+ is a fast-paced, action platformer about a little duck with an incredible skill to dash and a mission: find all the eggs to save his species.
Element Space
PS4 — Digital 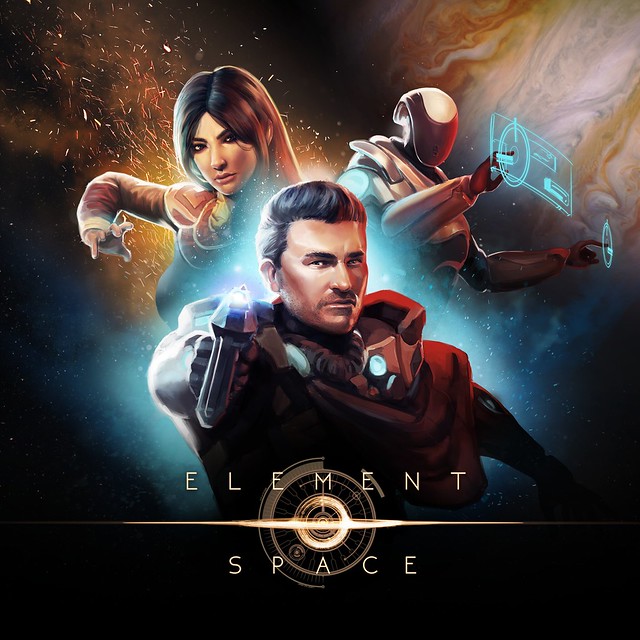 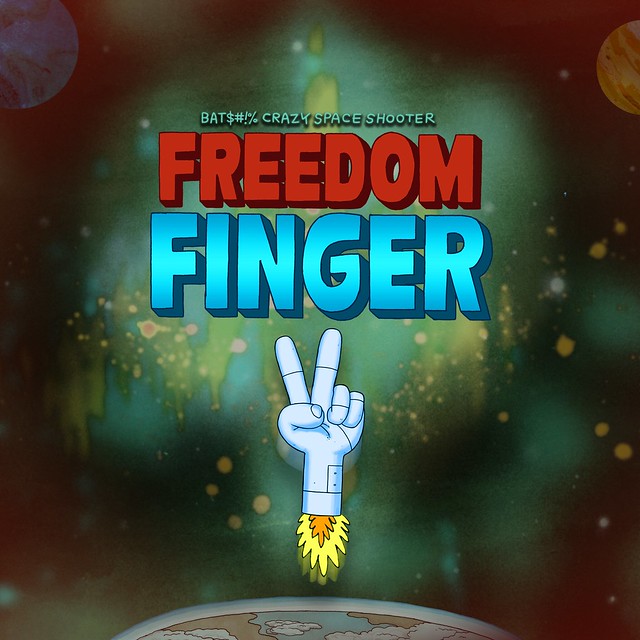 Freedom Finger is a music driven, side-scrolling shooter that sends you blasting through 40 levels of crazy cartoon action. Whether you want to chill and enjoy the story or crank the difficulty for a butt-blasting ridiculous challenge, we’ve got you covered!
PS4, PS Vita — Digital (Out Mar. 26) 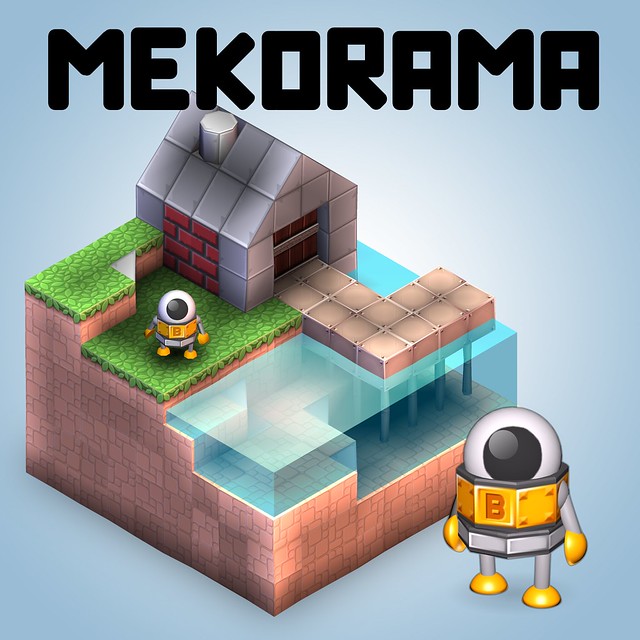 Guide an adorable robot to safety after he crash lands on a strange cubic planet. Explore each level, rotating it in 3D to see all sides, looking for a way through. Use lifts and slide platforms to get around while looking out for dangers. 100 varied levels throws up new surprises. Try your hand at creating your own levels with the level editor.
Moons of Madness
PS4 — Digital 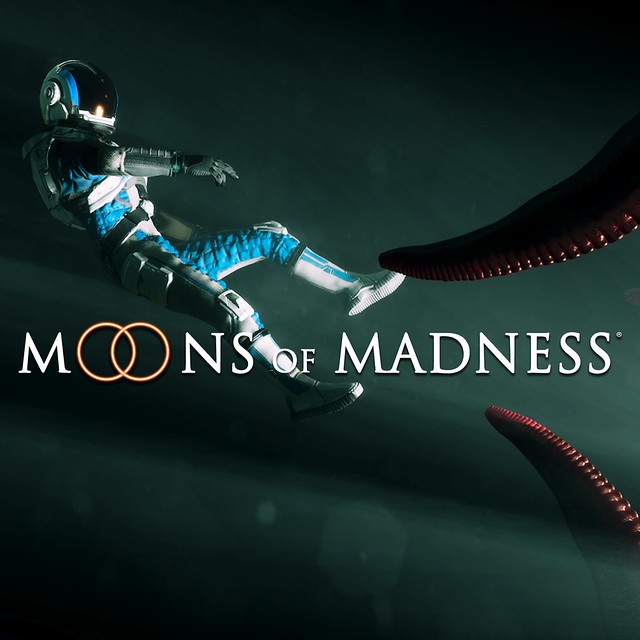 Moons of Madness is a first-person, story-driven cosmic horror game where the scientific exploration of Mars meets the supernatural dread of Lovecraft. As a technician stationed on Mars, you begin seeing and hearing things that aren’t there. Visions, hallucinations — is that even what it is? Or are you slowly descending into madness?
Odallus: The Dark Call
PS4 — Digital 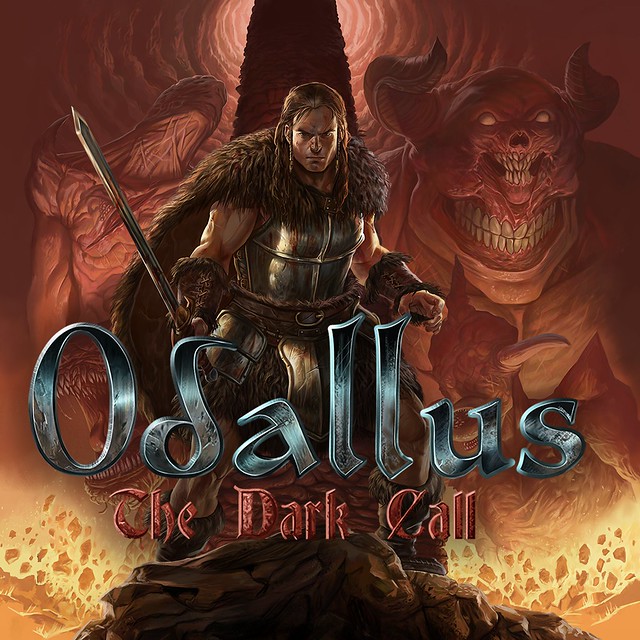 The old gods have forgotten this land… Odallus is an exploration/action game and loving homage to the 8-bit genre classics. You play as Haggis — a battle-weary warrior who must wield his sword once more to rescue his son from Darkness.
One Piece: Pirate Warriors 4
PS4 — Digital, Retail (Out Mar. 27) 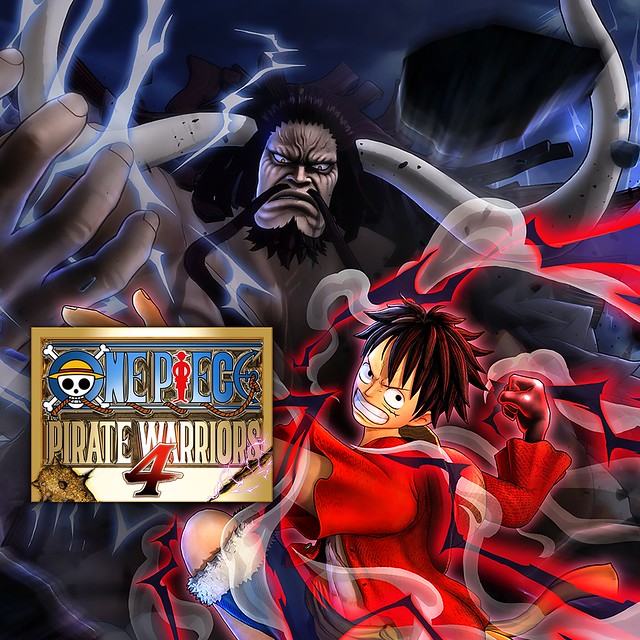 One Piece: Pirate Warriors 4 is the latest evolution of Pirate Warriors action! Based on the concept of ‘experiencing a real One Piece battlefield,’ buildings will come crashing down during the action and attacks will throw up smoke and dust, placing you in the thick of the One Piece world!
PS4 — Digital (Out Mar. 24) 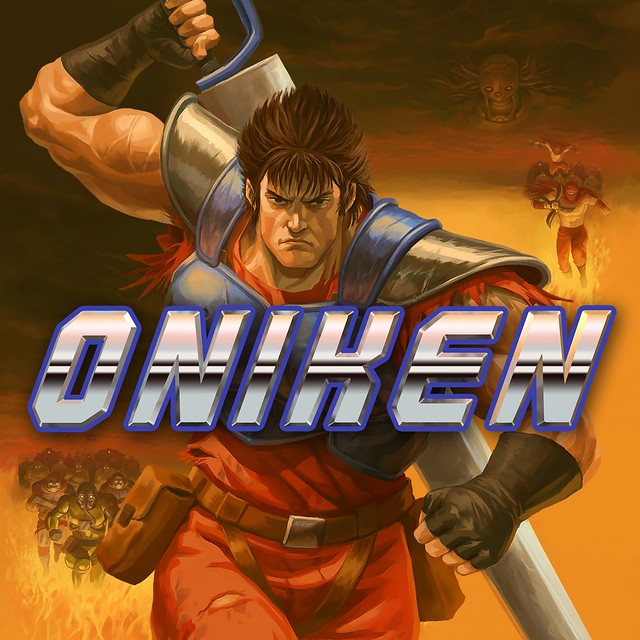 In a post-apocalyptic future controlled by a sinister corporation, ninja mercenary Zaku is the last hope for humanity. Inspired by the demanding gameplay of 8-bit action/platformers, Oniken pits your agility and swordplay against a gauntlet of enemies, traps, and challenging bosses.
Paper Beast
PS VR — Digital 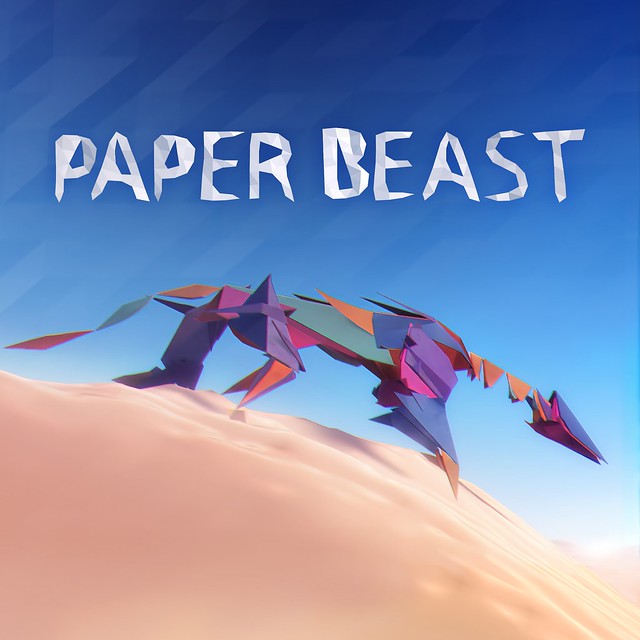 Experience a dreamlike odyssey through a wild and simulated ecosystem. Take off on an adventure! Connect with exotic and surprising creatures. Shape the environment to solve puzzles. Or let your imagination guide you through an immersive sandbox.
The Room VR: A Dark Matter
PS VR — Digital (Out Mar. 26) 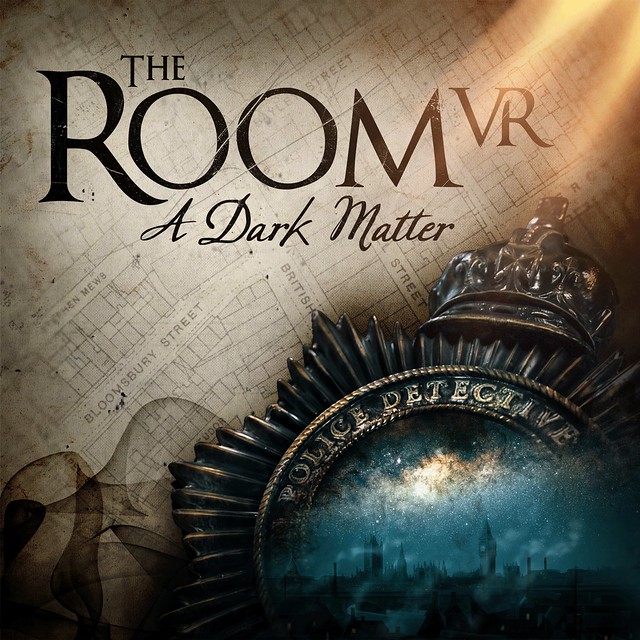 The British Institute of Archaeology, London, 1908: The disappearance of an esteemed Egyptologist prompts a Police investigation into the unknown. Explore cryptic locations, examine fantastic gadgets and enter an otherworldly space which blurs the line between reality and illusion in The Room VR: A Dark Matter.
Star Wars: Jedi Knight: Jedi Academy
PS4 — Digital (Out Mar. 26)

The online multiplayer classic comes to PS4 with Trophies and modernized controls! Take on the role of a new student eager to learn the ways of the Force from Jedi Master Luke Skywalker. Interact with famous Star Wars characters as you face the ultimate choice: fight for good and freedom on the light side or follow the path of power and evil to the dark side.
Twin Breaker: A Sacred Symbols Adventure
PS4, PS Vita — Digital 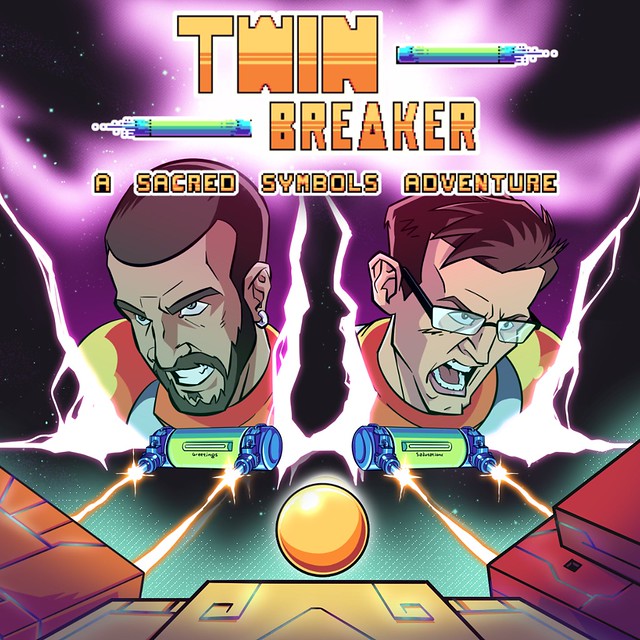 The United States sends generation ships to nearby star systems to find new planets to colonize. But once in interstellar space, the ships mysteriously disappear. When clues emerge about the missing spacecraft, two pilots jump through a wormhole into a story-driven brick breaker in the spirit of Arkanoid and Breakout.
Vampire: The Masquerade — Coteries Of New York
PS4 — Digital (Out Mar. 25) 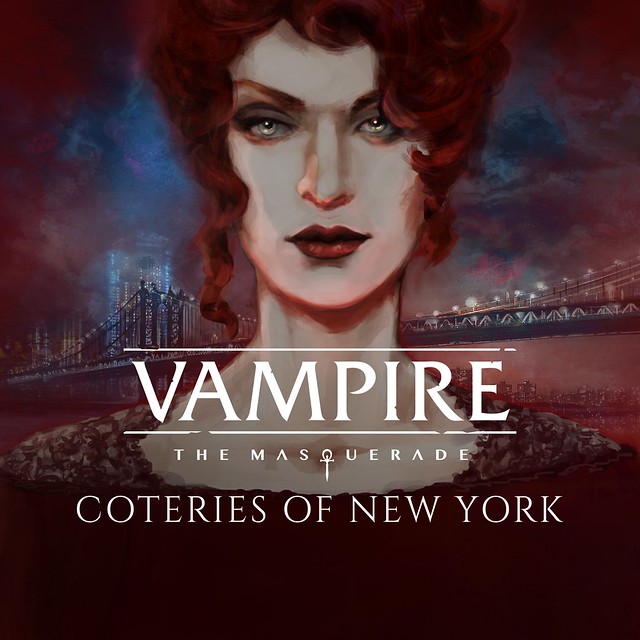 Vampire: The Masquerade — Coteries of New York is a narrative experience set in the rich universe of Vampire: The Masquerade 5th Edition. It presents the struggle for power between two vampiric factions – the Camarilla and the Anarchs – bathed in the night lights of the Big Apple.
Yu-Gi-Oh! Legacy of the Duelist : Link Evolution
PS4 — Digital 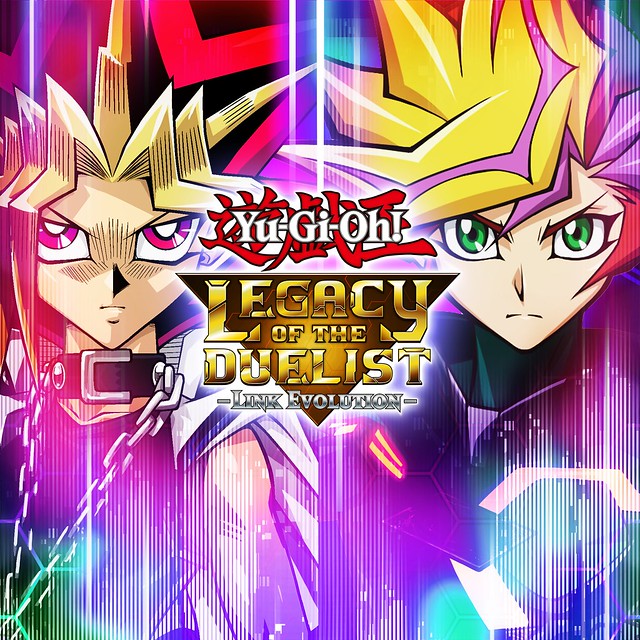 Experience 20 years of Yu-Gi-Oh! history with Yu-Gi-Oh! Legacy of the Duelist: Link Evolution! Build your Deck from over 10,000 cards and take on the most iconic Duelists from the Yu-Gi-Oh! universe. Relive the stories from the original animated series through Yu-Gi-Oh! VRAINS!

CrossfireX Beta Is Now Available For Xbox One