An adrenaline-infused collaboration between FPS forefathers id Software and open-world masters Avalanche Studios, Rage 2 arms players with overpowered weaponry, wild vehicles, and a suite of enemy-obliterating superpowers. Venture into a wasteland set in the aftermath of an asteroid impact, where 80% of the world’s population has been destroyed, and bring your own brand of justice to the evil Authority. 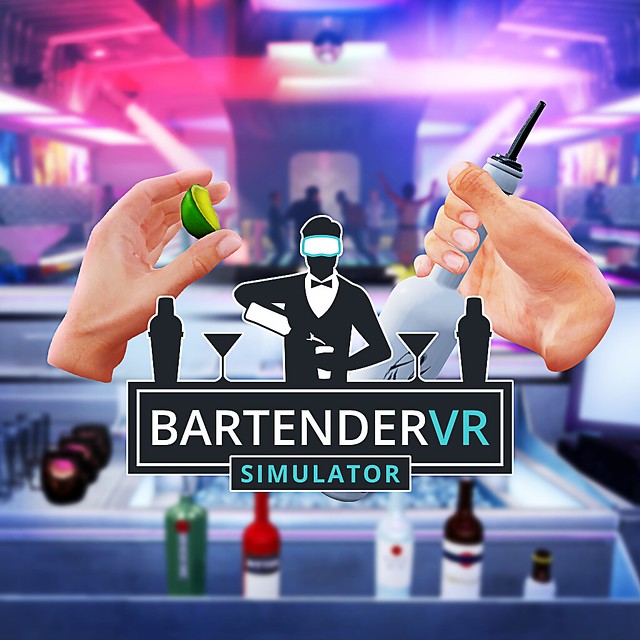 Bartender VR Simulator offers you a unique combination of a simulator, bartending course and incredible immersive VR game. Prove yourself and win the opportunity to train and work in the next location. Master more and more demanding drinks as you progress to new, unique bars. All served in a super-realistic quality.
Bubsy: Paws on Fire!
PS4 — Digital, Retail (Out 5/16) 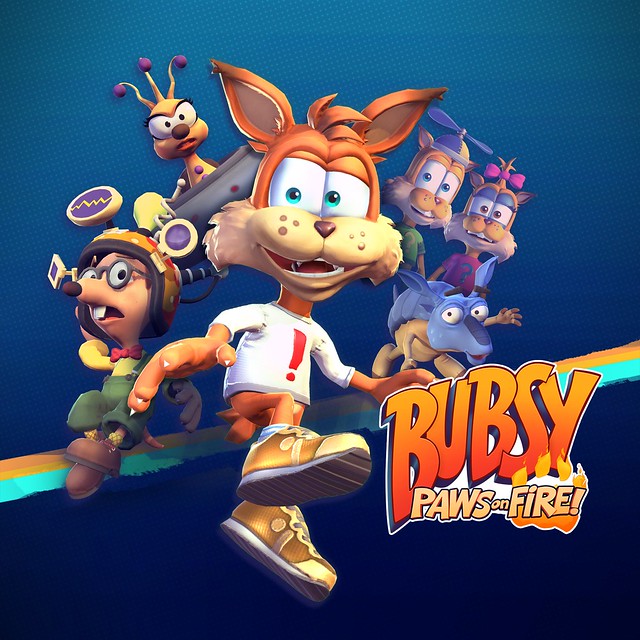 From the developers of the Bit.Trip series comes the latest and greatest in bobcat-based gaming. Oinker P. Hamm is determined to capture every animal in the universe for his “Amazootorium.” Bubsy, fearing mostly for himself, is just as determined to stop him. No matter who emerges victorious, there’s going to be a whole lot of yarn along the way.
Castlevania Anniversary Collection
PS4 — Digital (Out 5/16) 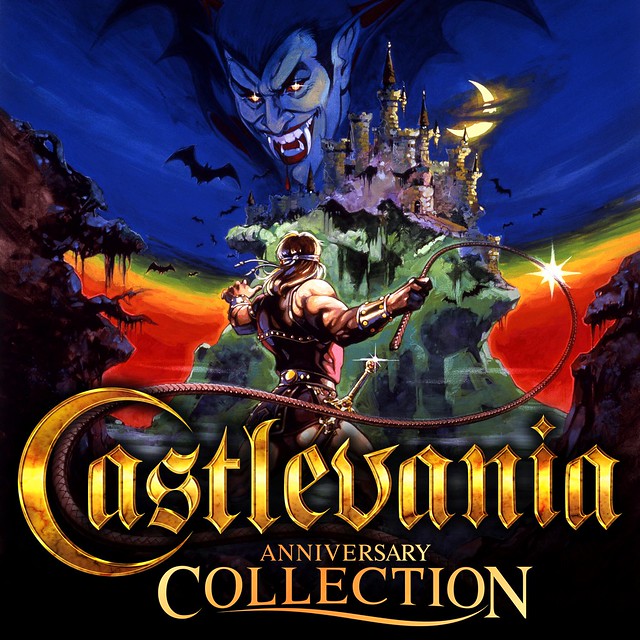 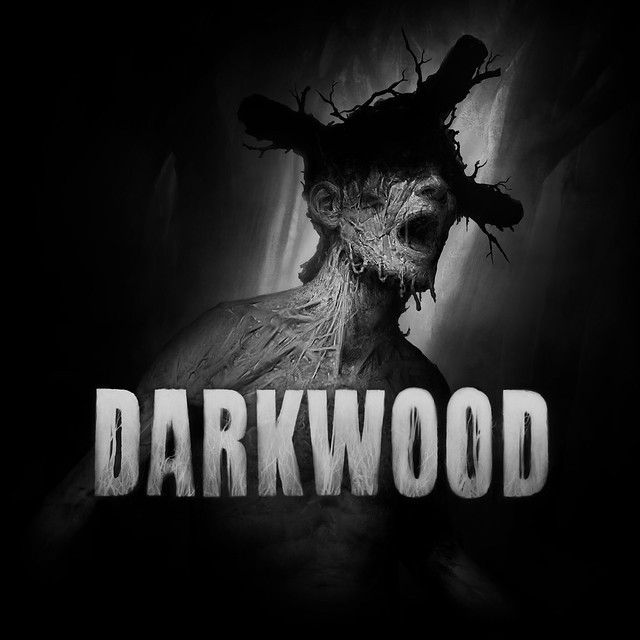 Darkwood is a challenging survival horror game without jump scares. Craft weapons and fortify hideouts in the eerie forests by day, then wait and pray for the sun to come up the next morning. Wade through the grueling, bizarre world of Darkwood and delve into its creepiest secrets before it destroys your body and consumes your mind.
Devious Dungeon 2
PS4, PS Vita — Digital (Cross-Buy) 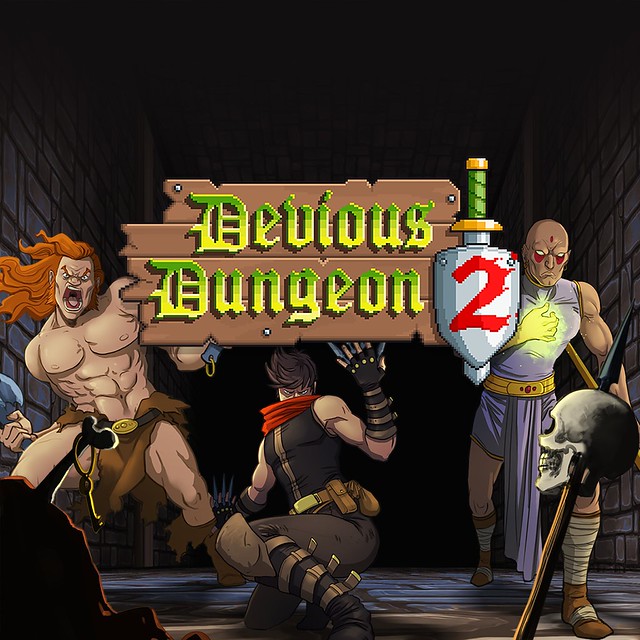 The castle’s ever-shifting halls are filled with deadly monsters! Treacherous traps have claimed the lives of many adventurers! It is rumored the castle contains treasures beyond imagination. However, it is also the domain of The Summoner and he does not look kindly upon uninvited guests!
Feudal Alloy
PS4 — Digital 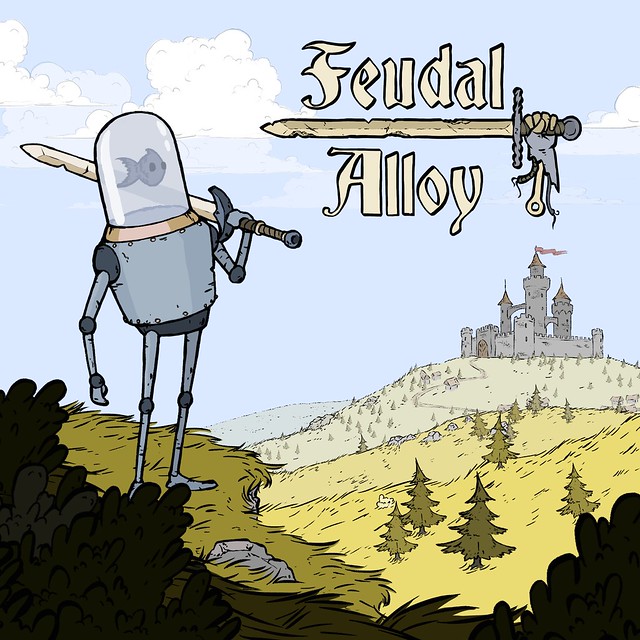 Attu is an ordinary fish-controlled farmer robot who lives in a small cottage in sunflower fields. He had been living a simple but pleasant life until a bunch of outlaws attacked the village, stole their oil supplies and burnt his house. Fortunately, he managed to grab his old sword and fled into the woods…
PS4 — Digital 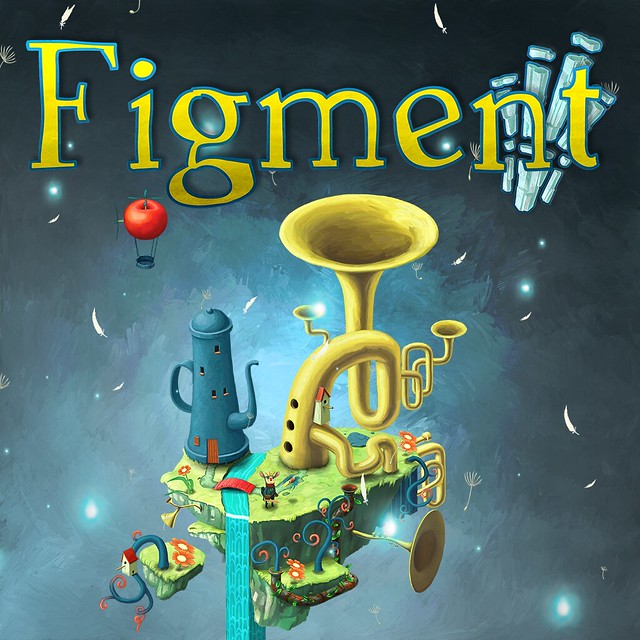 A musical action-adventure set in the recesses of the human mind… Welcome to the world of Figment. A strange and surreal world a place filled with our deepest thoughts, urges and memories, populated by the many voices we hear in our heads. Join Dusty and Piper on an adventure through the different sides of the mind.
Guilty Gear
PS4 — Digital (Out 5/16) 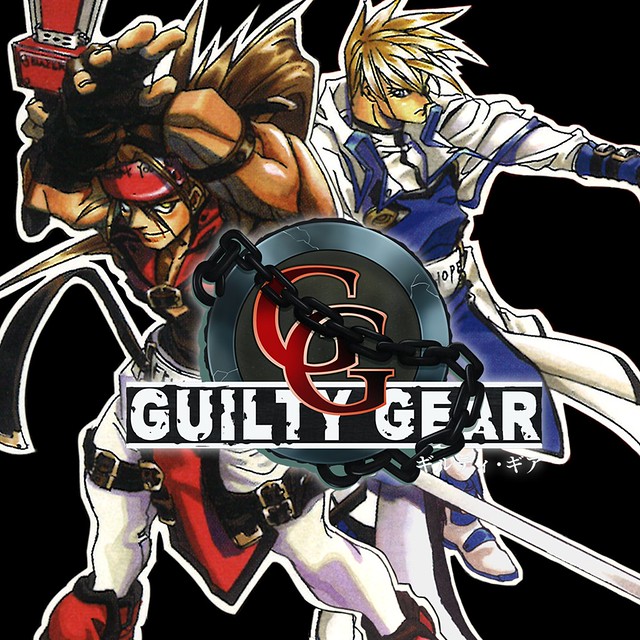 First released in 1998, the legendary 2D fighting game Guilty Gear is back! Unleash furious attack chains with the speedy-as-ever Gatling combination, destroy your opponent and conclude the match immediately with the ‘Sakkai’, and more!
PS4 — Digital (Out 5/16) 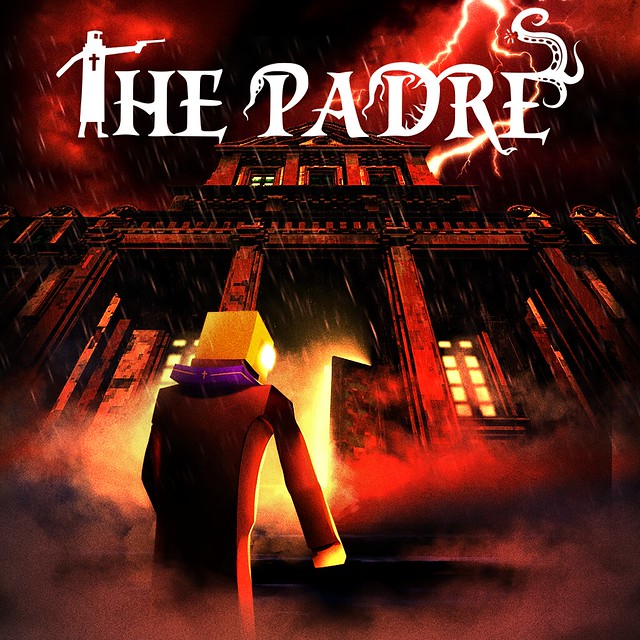 Unravel the mystery of a missing cardinal by solving the riddle of a demonic power you did not expect to encounter. Face your inner demons and fight the power of evil while it seduces your soul. Play as the wittiest, pop-culture referencing priest in video game history and face an ultimate game over, if you make the angels cry you a river.
A Plague Tale: Innocence
PS4 — Digital, Retail 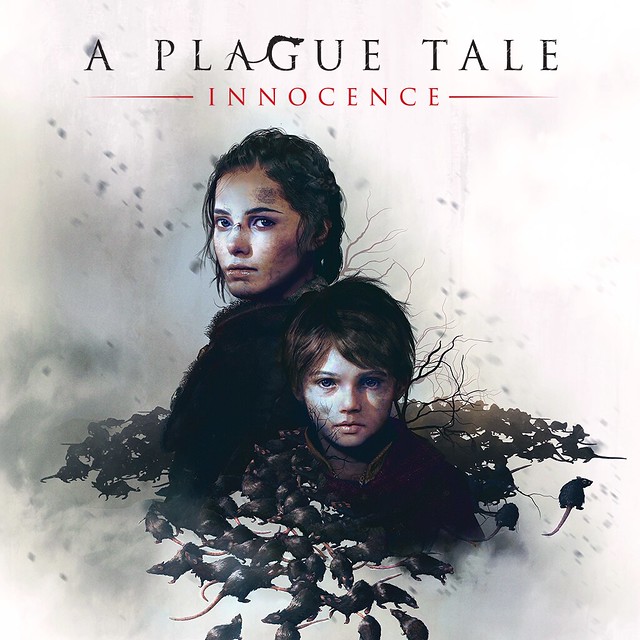 Follow the grim tale of young siblings Amicia and Hugo, in a heartrending journey through the darkest hours of history. Hunted by Inquisition soldiers and surrounded by unstoppable swarms of rats, they must struggle to survive against overwhelming odds and find purpose in this brutal, unforgiving world.
Quar: Infernal Machines
PS VR — Digital (Out 5/15) 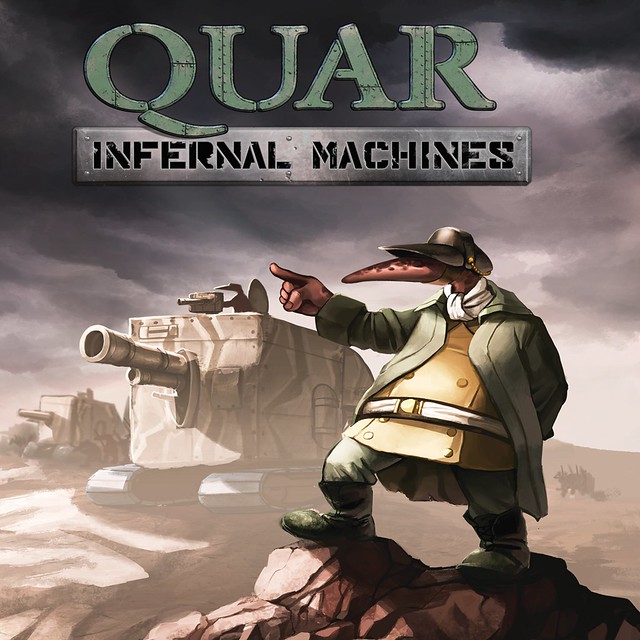 Quar: Infernal Machines is a turn-based strategy game set in the world of Alwyd! Command cavalry to sweep the enemy’s flanks. Your soldiers are armed with weapons ranging from the humble rifle to heavy-automatic shotguns. Rely on your officers to keep up your troop’s morale and to call in deadly airstrikes.
PS4 — Digital, Retail 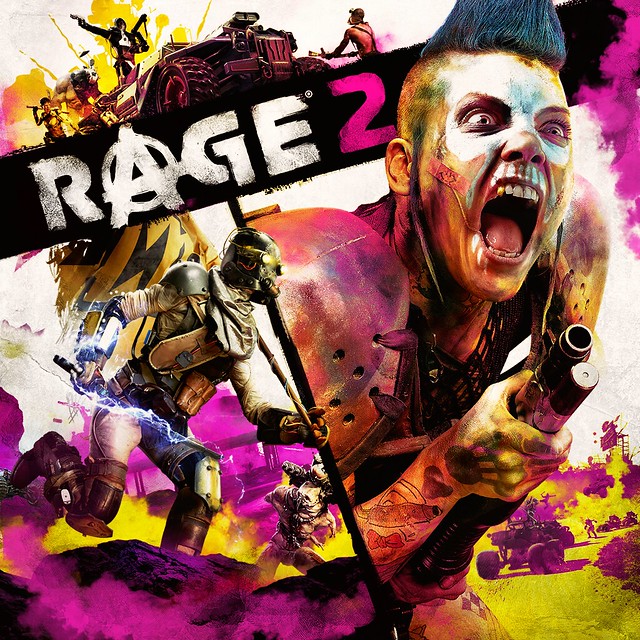 Rage 2 delivers a carnival of carnage where you can go anywhere, shoot anything, and explode everything. Ruthless and bloodthirsty gangs roam the open roads and the tyrannical Authority seek to rule with an iron fist. Dive headfirst into a dystopian world devoid of society, law, and order.
Sniper Elite V2 Remastered
PS4 — Digital, Retail 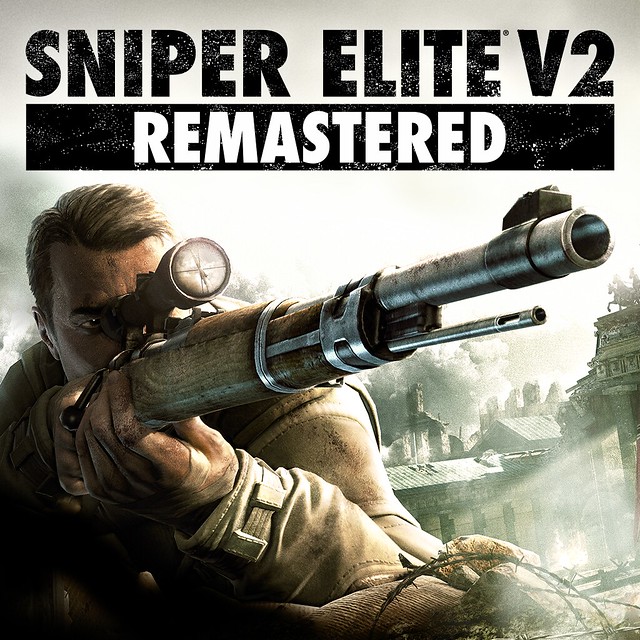 In the dark days of the end of World War 2 amidst the ruins of Berlin, one bullet can change history… Elite sniper Karl Fairburne returns to the front line in the remaster of this award-winning stealth-action experience. Packed with new features, contemporary visuals and definitive content.
Undead Horde
PS4 — Digital (Out 5/15) 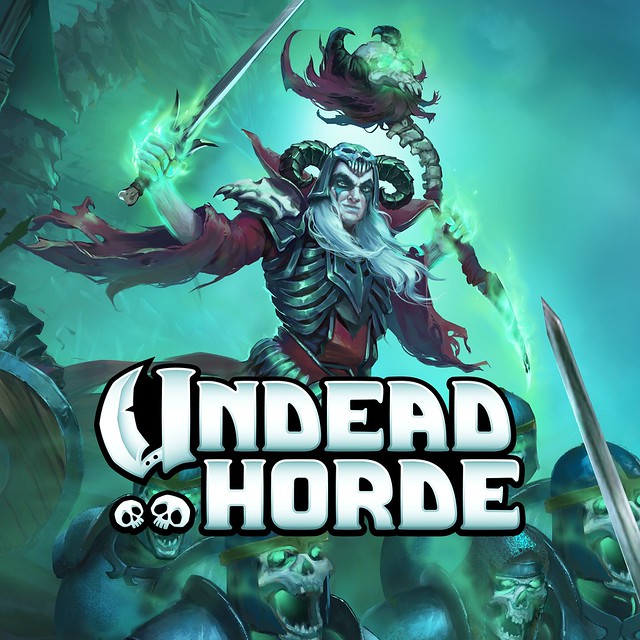 Become a necromancer and raise the dead. Undead Horde is an action RPG and an RTS in an undead package. Command, lead, raze, loot, and fight your way through the lands of the living with your horde. Ultimately claim back the kingdom for the Undead Horde!