What if the creator of groundbreaking audiovisual masterpieces Rez and Lumines made a Tetris game? Tetris Effect, from Tetsuya Mizuguchi and Enhance Games, is the answer to that question.

Experience the new “Journey” mode or a number of “Effect” modes, including an unpredictable new Mystery mode that’s sure to keep even the most hardcore Tetris veterans on their toes. And for the ultimate immersive experience, strap on your PS VR headset and a set of headphones to be enveloped completely by the mesmerizing sights and sounds of Tetris Effect. 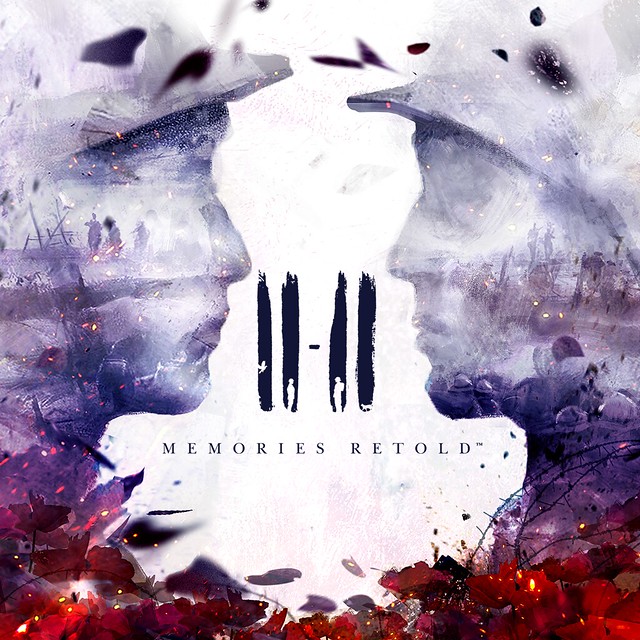 11th November 1916, a young photographer leaves Canada to join the western front in Europe. The same day, a German technician is told that his son is missing in action. Both want to preserve their humanity and come back alive to their loved ones. 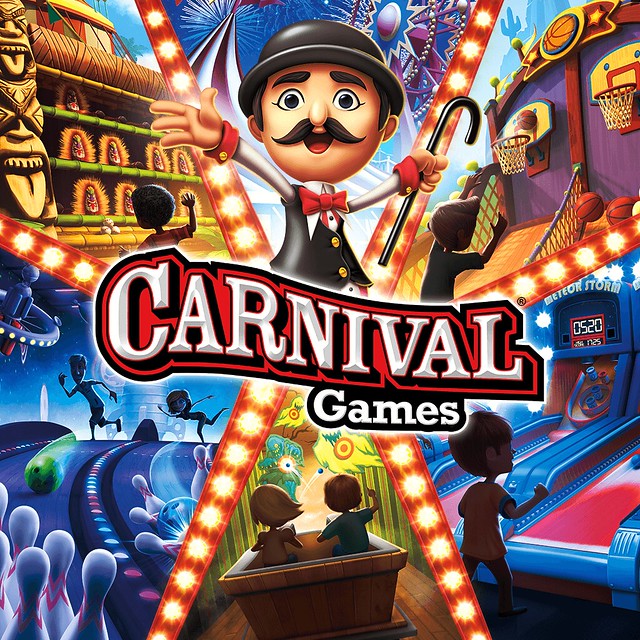 Like a real-life county fair, Carnival Games bursts with exciting mini-games that you can play over and over. Classic mini-games such as shooting basketballs (“Swish”) and taking down unfriendly clowns (“Clowning Around”) are joined by brand new attractions like flying drone racing (“Light Speed”) and cosmic bowling (“Cosmic Strike”). With 20 total games Carnival Games is a fantastic time for all. 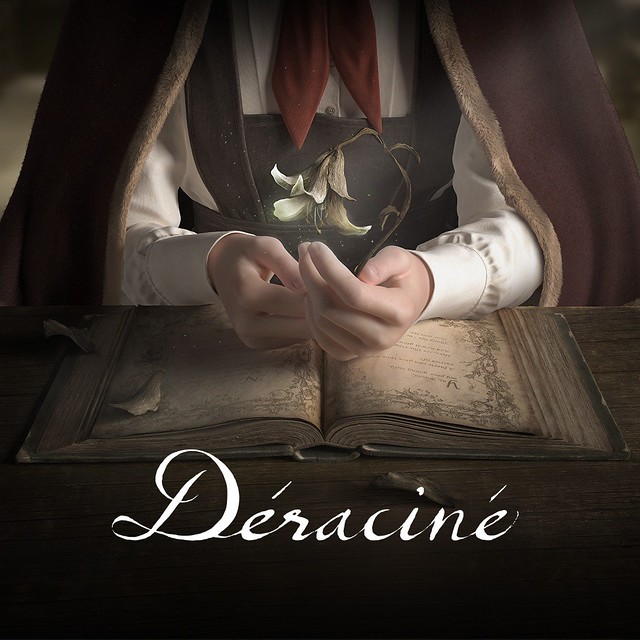 Déraciné is a brand new story adventure created by the renowned Bloodborne developer, FromSoftware, available exclusively on PS VR. As a spirit in a secluded boarding school, the player must prove its existence and build a unique bond with the students as the world is uncovered through discovery and exploration. As the mystery of the story unfolds, the spirit must travel in time to change the fate of the pupils. 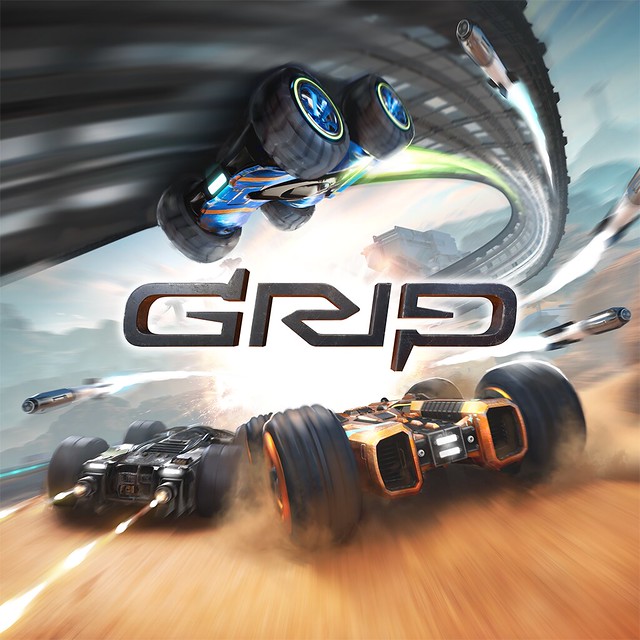 Harnessing gravity defying physics alongside a bristling arsenal of outlandish weapons, Grip delivers the fastest, most competitive racing experience ever. Scale walls, ceilings and anything else you can get your tyres on to… as you master tantalising tracks, tricks and perform mind-blowing stunts to race your way across the cosmos. 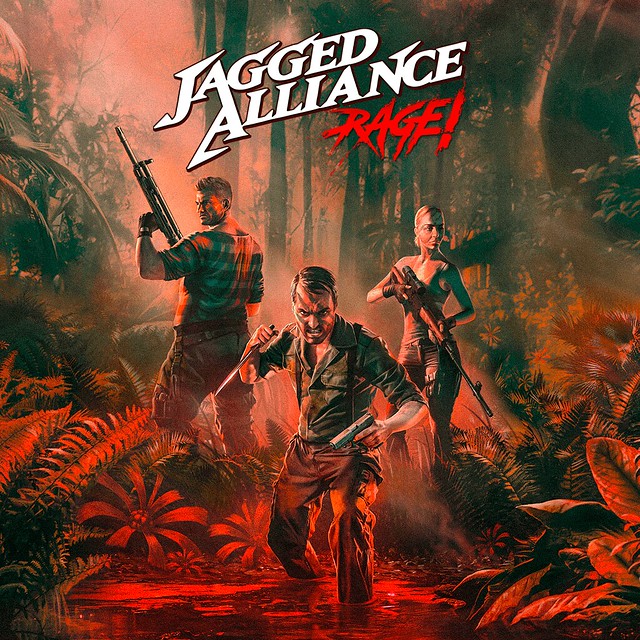 Jagged Alliance is back – With a new take on turn-based tactics, adventure elements and the well-known quirky mercenaries! Set 20 years after the first Jagged Alliance, this spin-off lets you experience a road trip into a jungle hell to test your mind and body to the limits! This time it’s just you and a few allies versus an entire island ruled by a drug overlord and his crazed army. Do you have what it takes to rise to old glory? 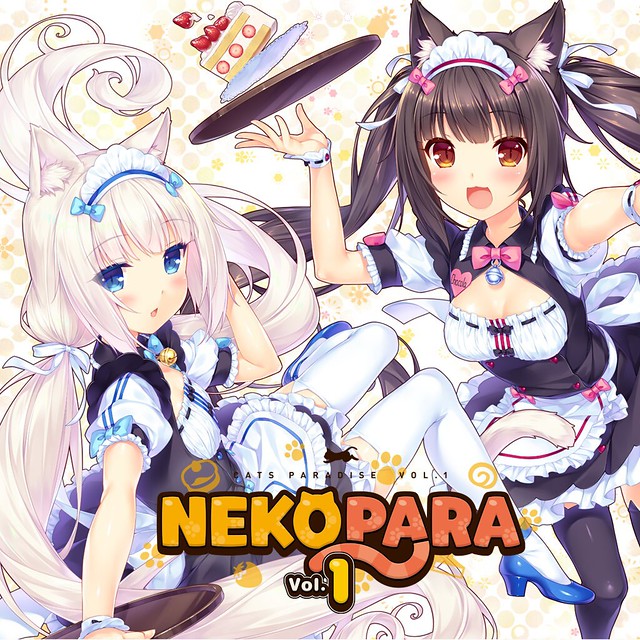 Minaduki Kashou leaves a family-run traditional Japanese sweets (Wagashi) shop and opens his own cake shop, ‘La Soleil’, as patissier. However, inside the luggage sent from the house was a mixture of human look-alike Nekos, Chocola and Vanilla.
He tried to send them back, but their desperate appeal for his sympathy, Kashou went one step back. Eventually, ‘La Soleil’ has opened with a person and two Nekos. The Heartful Neko comedy, with two Nekos doing their best while making some mistakes, is open for business! 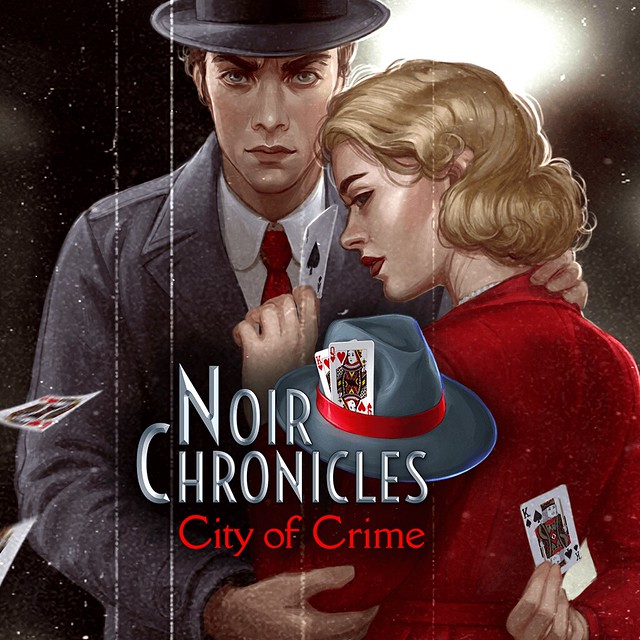 Step into the shoes of Alfred Fox, a private eye with a knack for getting into trouble, and confront the danger looming over your old flame, Barbara Le Purr. Using your own intuition and wide investigation techniques you will follow the intrigue and face many, sometimes deadly, consequences. 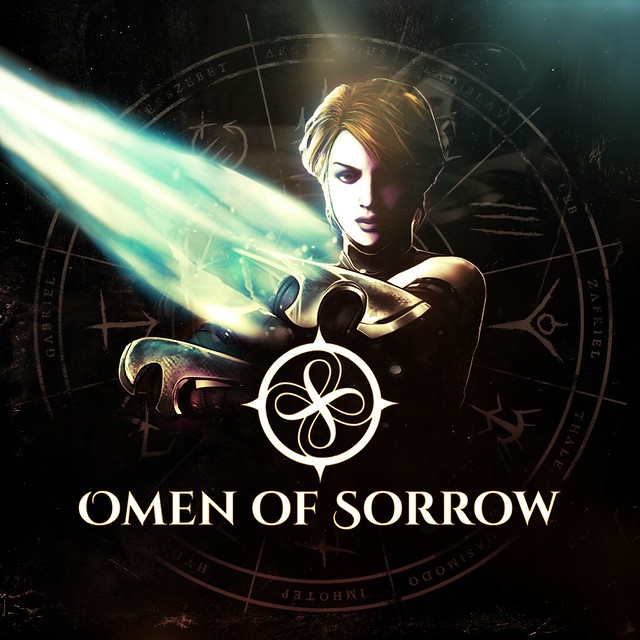 Clear your mind, clench your fists and get ready for a wicked battle. Powered by Unreal Engine 4, Omen of Sorrow delivers a deep 2D battle system inspired by the classics, bringing back the edge, mindset and philosophy rooted in the genre’s arcade legacy, taking it to the next level with innovative features and fighting mechanics. Join the battle, conquer darkness. 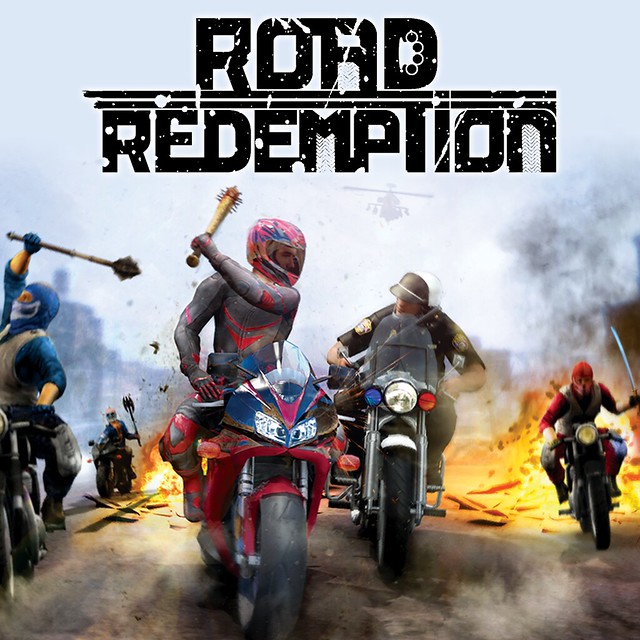 Road Redemption is an action racing game where you lead your motorcycle gang on an epic journey of pursuit, blood, and speed. Through your travels, you will upgrade your character, bike, and weapons by completing races, assassinations, robberies, and more. 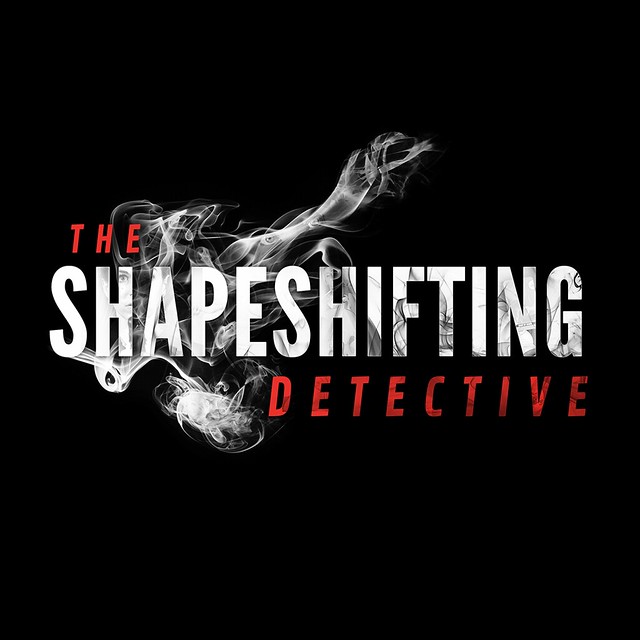 The Shapeshifting Detective is a supernatural-noir murder mystery FMV game. Play as a detective and investigate the murder by shapeshifting into any character… even the next victim. 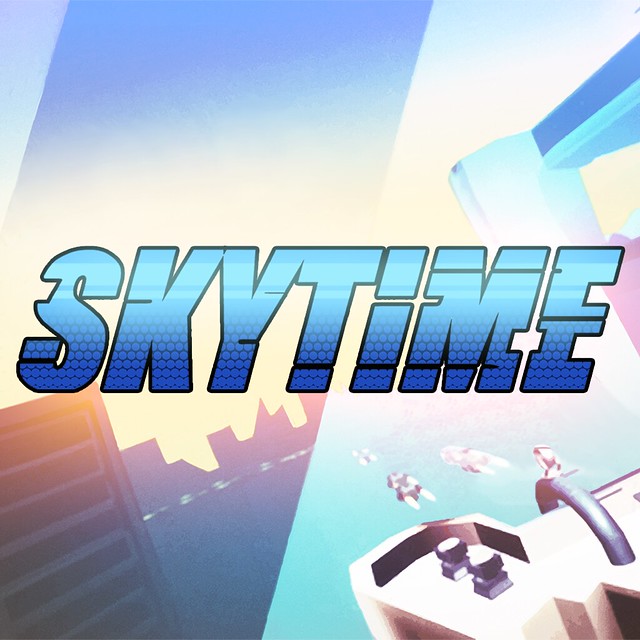 In SkyTime, you are a scientist who lost their family in an avalanche and are trying to get them back. You created a time machine, but it was missing one key component: a reactor core to power it. You stole one from the evil private military company Mortech, and are now being chased. Can you outrun them?

PS VR — Digital (Available in US & Canada only) 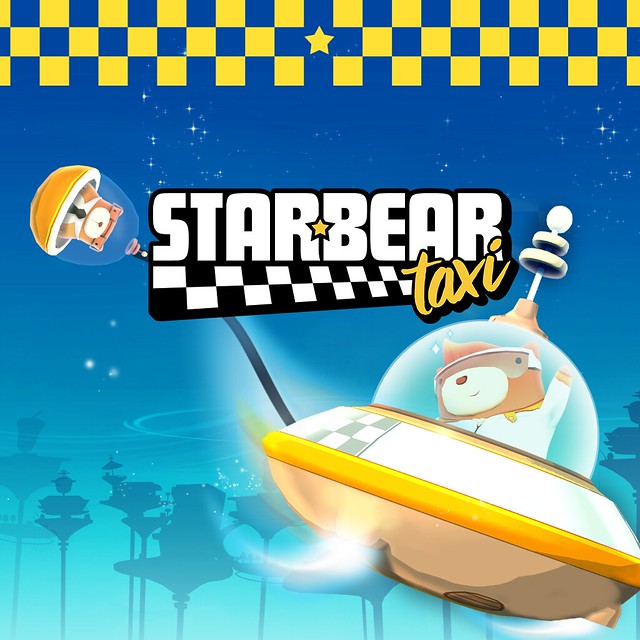 A fast-paced, VR-native title that really delivers. Race a spaceship taxi around Starbear’s tiny, futuristic city to deliver busy bear passengers to their desired destinations. Bears gotta be places too, you know?! 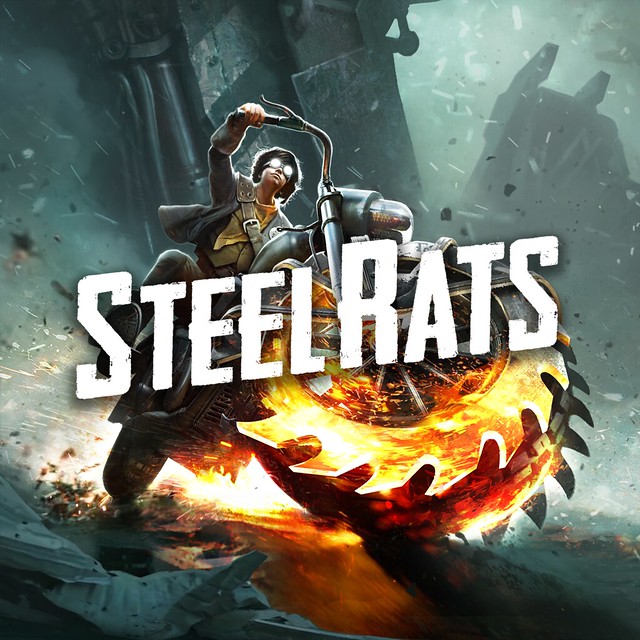 Wreck and ride in a visceral and groundbreaking evolution of the 2.5D action arcade genre, fusing destructive, octane-fueled, motorbike combat and death-defying stunt gameplay, set in a visually stylized retro future world. Switch between 4 characters, each with unique abilities, as you wreak havoc fighting deadly Junkbots! 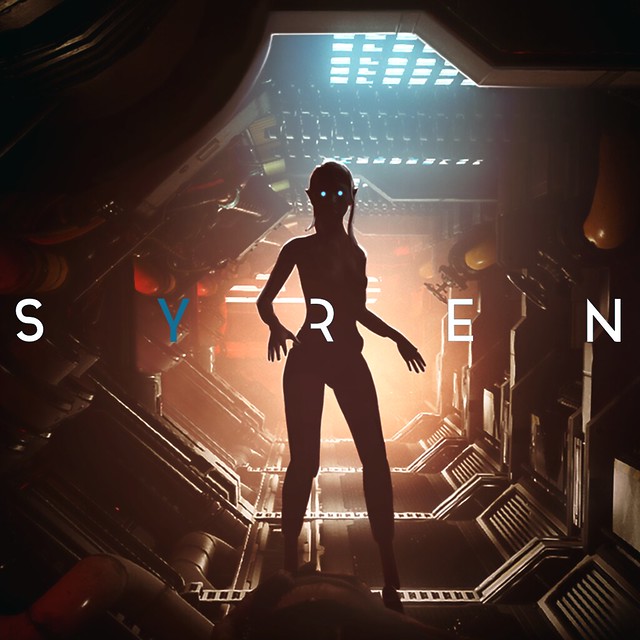 “Syren is an intense survival horror game in which you must use your wits to navigate through a labyrinthine underwater base. In episode 1, you must use stealth, and solve puzzles to survive, while in episode 2, you must blast your way through the deadly swarm of syrens stalking you. 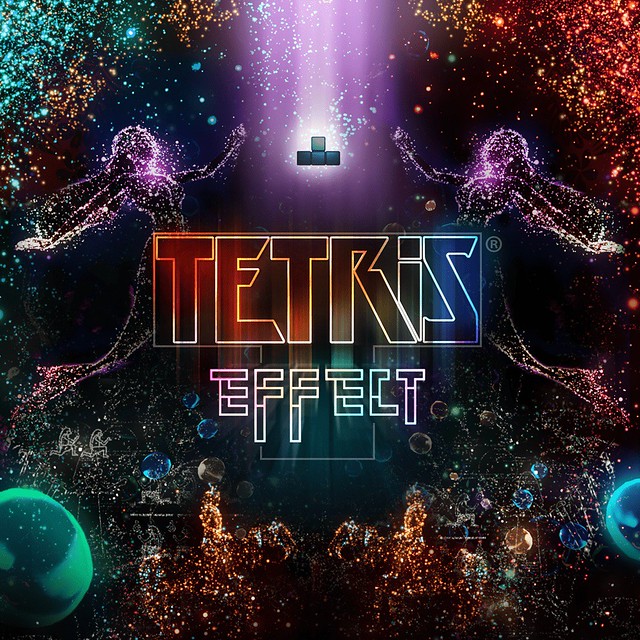 Tetris Effect is Tetris like you’ve never seen it, or heard it, or felt it before—an incredibly addictive, unique, and breathtakingly gorgeous reinvention of one of the most popular puzzle games of all time, from the people who brought you the award-winning Rez Infinite and legendary puzzle game Lumines. Fully playable on either a standard display (up to 4K and 60fps on a PS4 Pro), or optionally in mind-blowing 3D on PS VR. 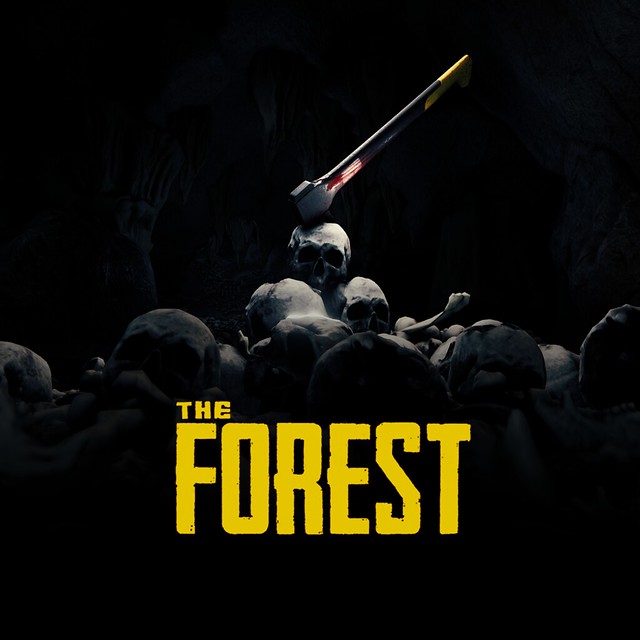 As the lone survivor of a passenger jet crash, you find yourself in a mysterious forest battling to stay alive against a society of cannibalistic mutants. Build, explore, and survive in this terrifying first person survival horror simulator. 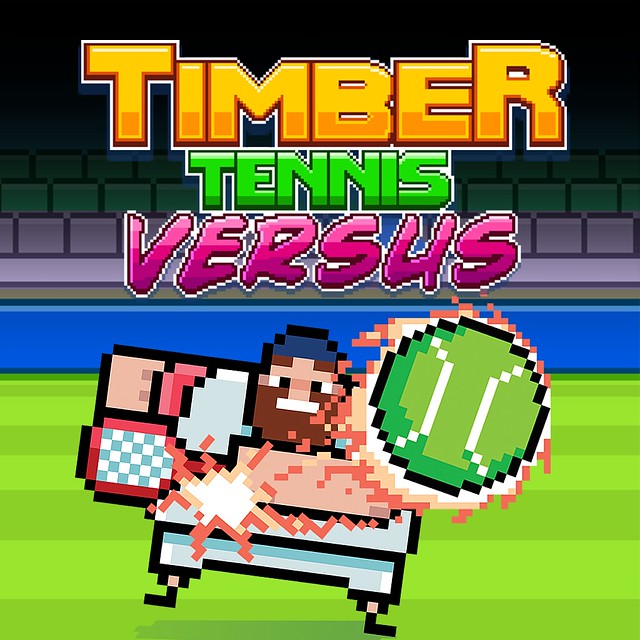 Take part in the annual Timber Tennis world championships – use your special skills, watch out for super shots, and collect prizes to beat all the rivals and reach the grand final! Unlock all the characters (including Princess, Hipster, Boxer and many more), win trophies, and compete in local or online multiplayer mode with your friends! 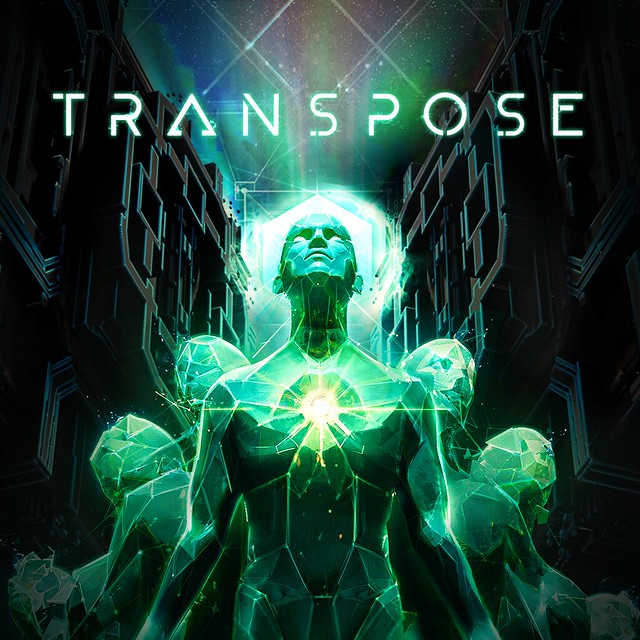 Transpose is a dreamlike VR puzzle game set in a universe where time and gravity are used as tools to manipulate the world. By creating and working with looped recordings of their actions, players must solve increasingly complex physics puzzles in a mysterious setting where notions of space and time no longer apply.