Next week’s got something for everyone — especially if you’re interested in outer space exploration, madcap party game compilations, or lo-fi mystery-solvin’.

Outer Wilds makes the jump to PS4, offering a mysterious universe for players to explore in 22-minute loops. I’m trying to go into this one as blind as possible so forgive me if this intro isn’t as descriptive as I usually write them.

I think it’s safe to say the Jackbox Party Pack compilations have achieved “legendary” status at this point, right? I’m rolling with it. The legendary Jackbox Party Pack series returns with its sixth set of party games, including Trivia Murder Party 2, the excellently named Dictionarium, and a whole bunch more.

Finally, Return of the Obra Dinn puts PS4 players in the boots of an insurance investigator (stay with me) equipped with a time-altering device assigned the unenviable task of finding out just what happened to the crew of the titular ship. 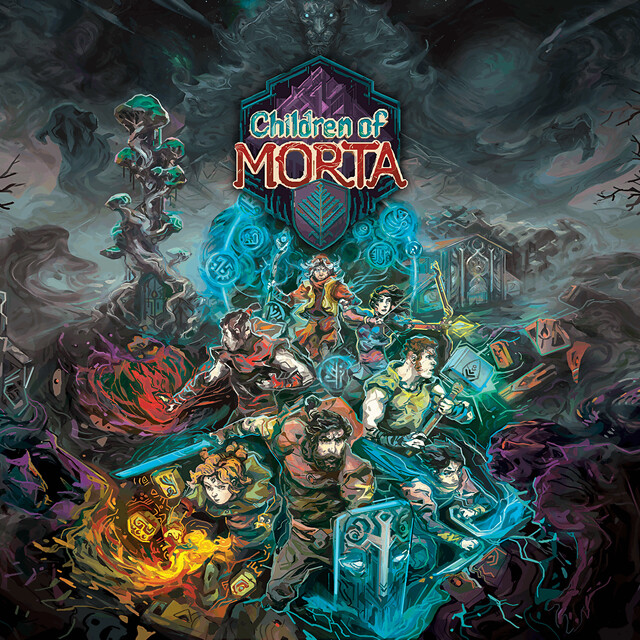 With the Corruption spreading through the land, guardians of the Mountain Morta have to stand up against the ancient evil. But… it’s not a story about saving the universe. It’s a story about a valiant family standing together while the world around them is being devoured by darkness.
Doors & Rooms
PS4 — Digital (Out 10/17) 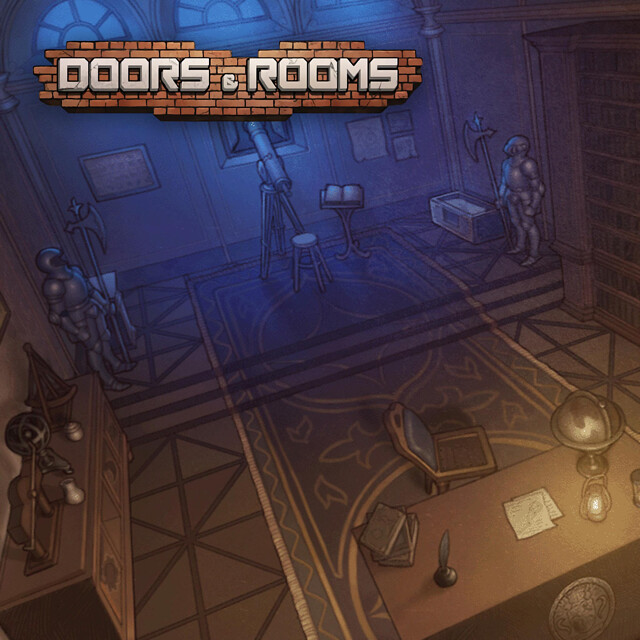 Don’t question why. Just open the doors and escape! Simple yet fatally addictive. See through the tricks and find hints for your escape! Never-ending battle of wits against the developers. Be careful, though: one mistake can cost you everything.
Draw A Stickman: Epic 2
PS4 — Digital (Out 10/16) 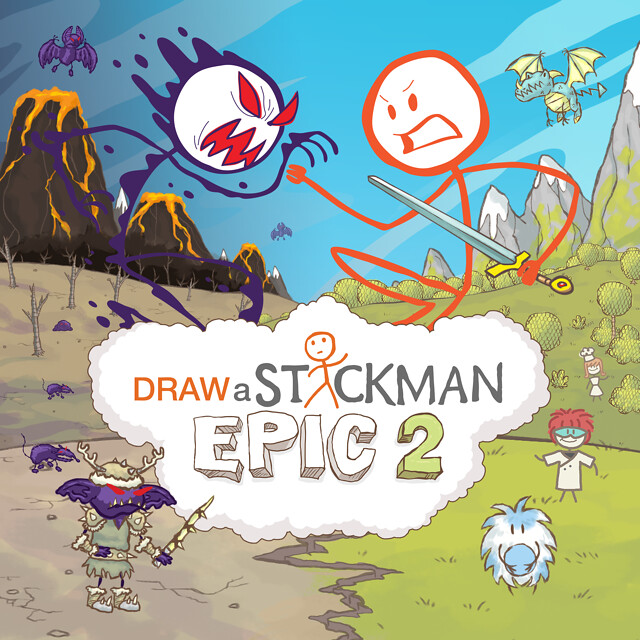 Imagination is the key, as you enter a magical storybook land full of mystery and wonder, unusual creatures and enigmatic puzzles. Create your own original stickman and then watch it come to life in Draw A Stickman: Epic 2 and the Drawn Below expansion.
Driven Out
PS4 — Digital (Out 10/18) 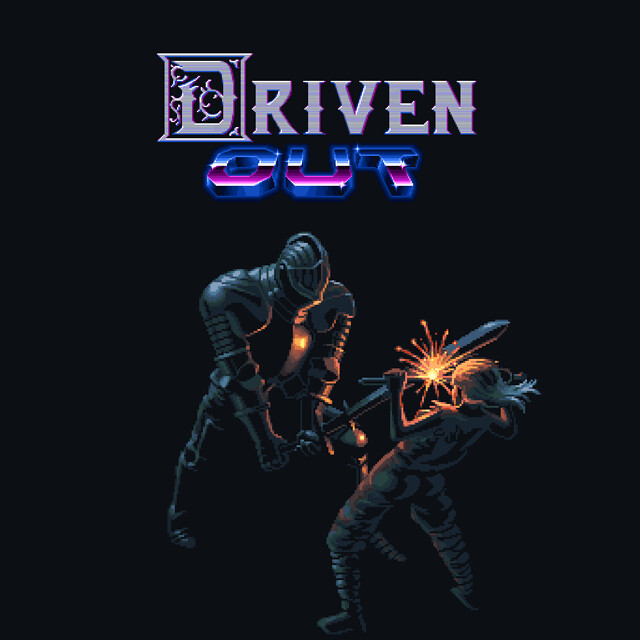 Driven Out is a challenging 2D side-scroller with deliberate combat and beautiful 16-bit retro aesthetic. A farmer is forced from her home into a dangerous world in upheaval, forced to fight dangerous fantastical creatures.
Felix The Reaper
PS4 — Digital (Out 10/17) 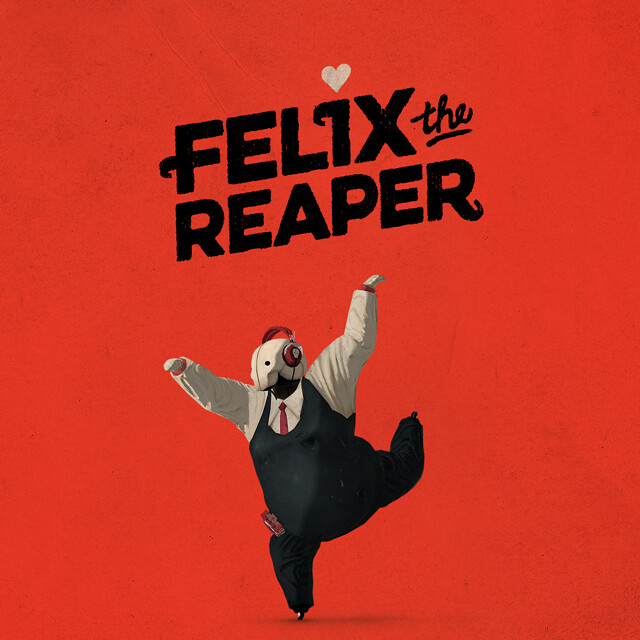 Felix works at The Ministry of Death and is in love with Betty The Maiden from The Ministry of Life. He believes that going to the human world as a field reaper will enable him to one day meet her. Hence he’s taken the job of making sure people die — and taught himself to dance to impress the love of his life.
The Fisherman – Fishing Planet
PS4 — Digital, Retail 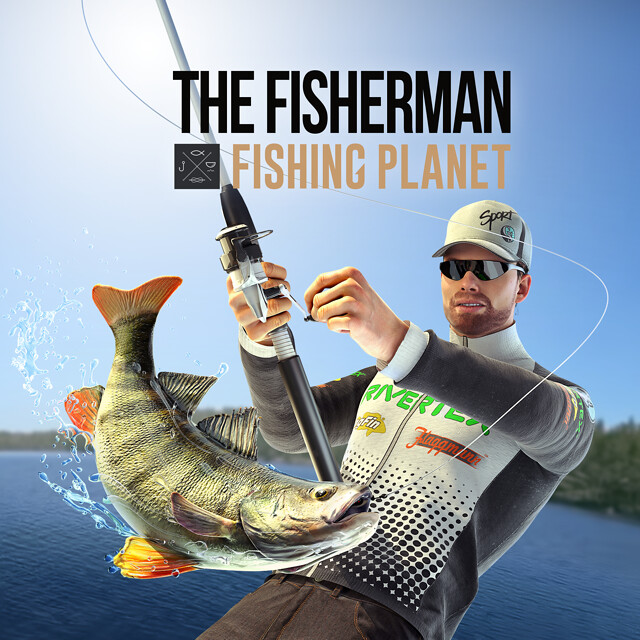 The gold standard for fishing games, now available in a complete version with no microtransactions! Experience all the fun of the sport and hone your skills in single-player or multiplayer mode. Exclusive content: the new map of Creuse in France, the trolling technique and four new fish.
Gunvolt Chronicles: Luminous Avenger iX
PS4 — Digital (Out 10/17) 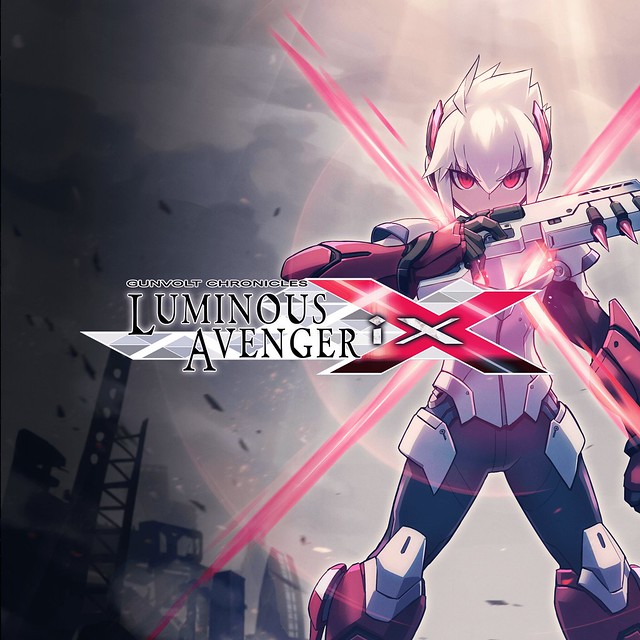 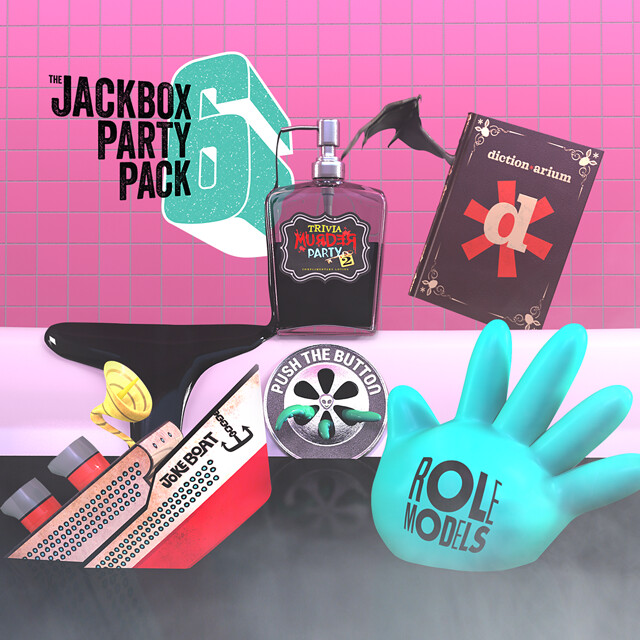 It’s the wildest Party Pack yet, with the absurd deathmatch Trivia Murder Party 2, the weird word circus Dictionarium, the hidden identity game Push The Button, the comedy contest Joke Boat and the offbeat personality test Role Models. Use your phones or tablets as controllers and play with up to 10 players, plus an audience of up to 10,000!
Just Ignore Them
PS4, PS Vita — Digital (Cross-Buy) 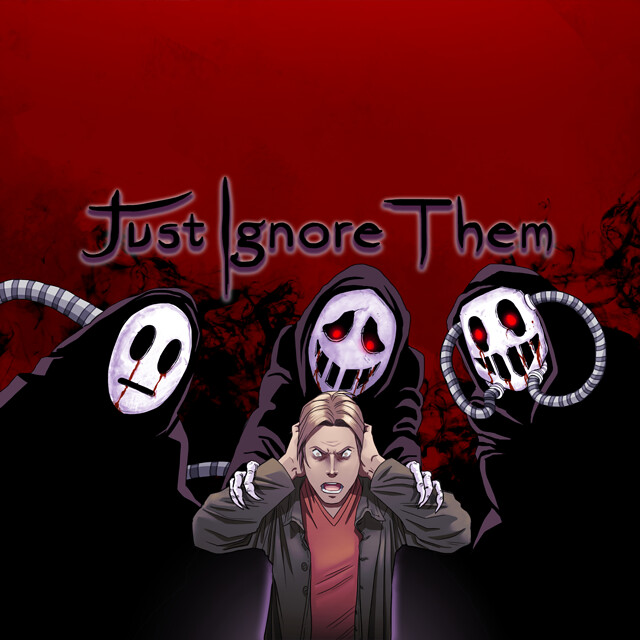 Growing up we all knew that one kid who was absolutely terrified of the dark and convinced that there were monsters hiding under his bed, but what if it were true? Just Ignore Them is a Point and Click game that revolves around a boy named Mark, who is locked in a never-ending chase to escape the monsters that pursue him.
Megaquarium
PS4 — Digital (Out 10/18) 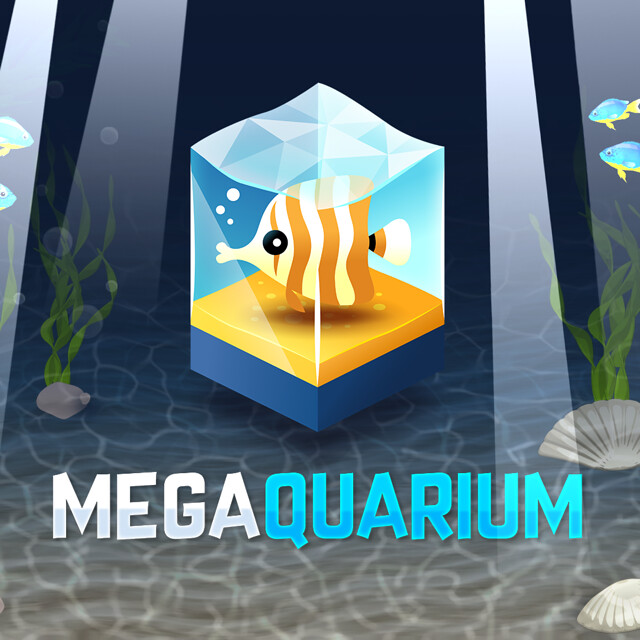 A theme park management tycoon game with an aquatic twist. Design your displays, look after your fish, manage your staff and keep your guests happy! It’s all in a day’s work as the curator of your very own Megaquarium.
Monkey King: Hero Is Back
PS4 — Digital, Retail (Out 10/17) 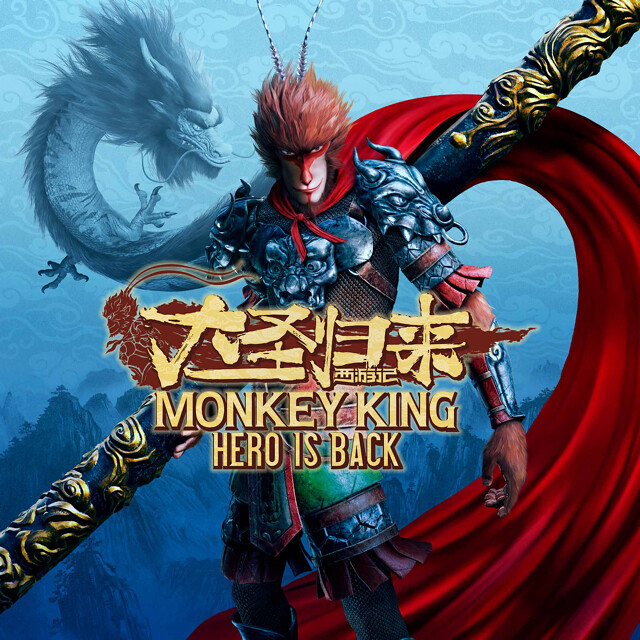 A new chapter in the Chinese legend of Journey to the West is about to unfold! Based on the animated film Monkey King: Hero Is Back, this adaptation pits the Great Sage himself, Sun Wukong, newly freed after 500 years of imprisonment, with Liuer, a young boy who looks up to the Monkey King in a journey that brings them close together.
The Ninja Saviors: Return of the Warriors
PS4 — Digital 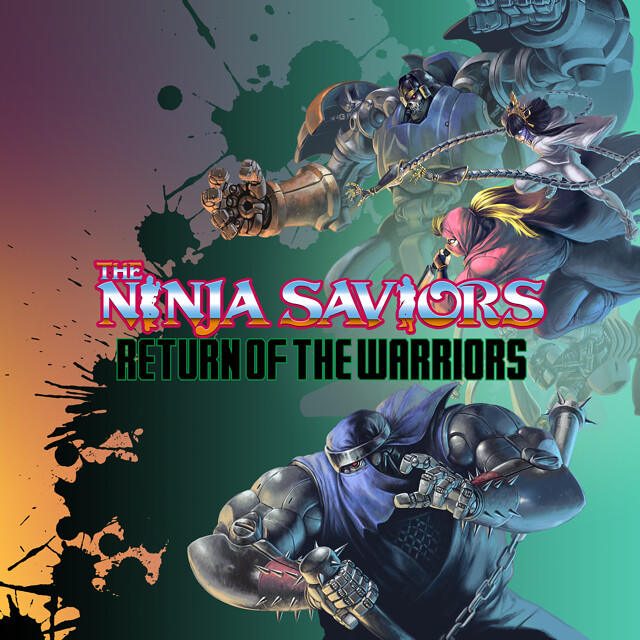 Recreate the golden era of 90s arcade games with Taito’s impressive reboot of one of the best Japanese side-scrolling beat-em-up games of all time! Armed with diamond sharp steel, android ninjas turn their bodies into raging cyclones – kicking and slashing through wave after wave of enemies in a dystopian future.
Outer Wilds
PS4 — Digital 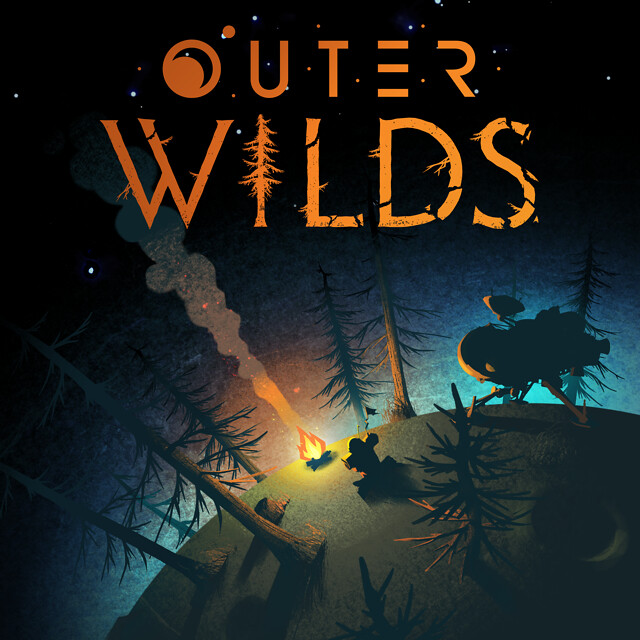 Outer Wilds is an open world mystery about a solar system trapped in an endless time loop. You’re the newest recruit of Outer Wilds Ventures, a fledgling space program searching for answers in a strange, constantly evolving solar system. The planets are packed with hidden locations that change with the passage of time.
Pig Eat Ball
PS4 — Digital (Out 10/18) 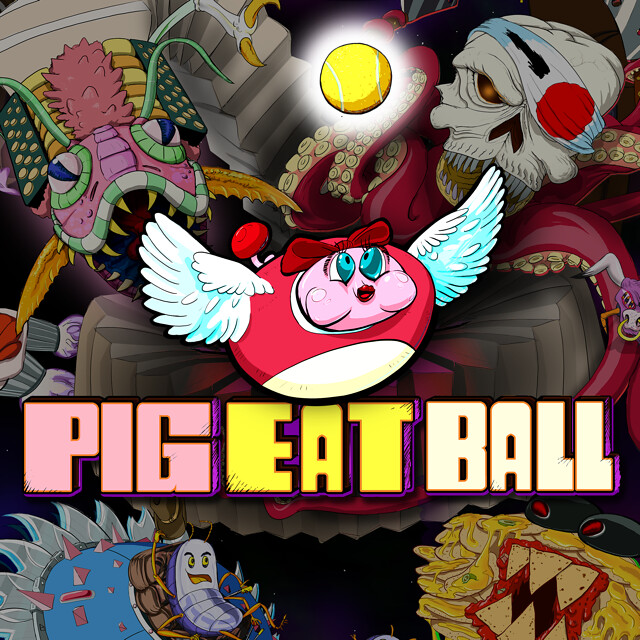 Pig Eat Ball is a top-down, action-adventure about eating, getting fat, and barfing on things to solve levels. Explore 20 giant space stations and solve your way through over 200 action-puzzle levels using new, arcade-style mechanics.
Plants Vs Zombies: Battle For Neighborville
PS4 — Digital, Retail (Out 10/18) 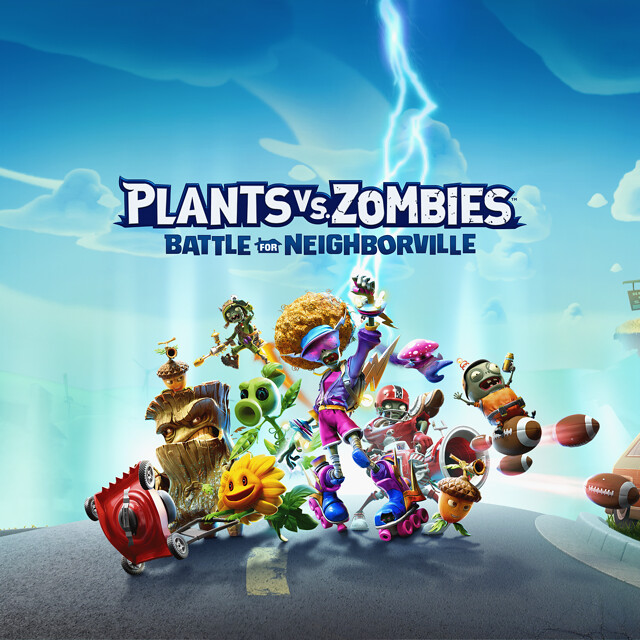 Kick some grass in Plants vs. Zombies Battle for Neighborville, the wackiest shooter yet! Unearth 20 fully customizable character classes at launch in one social region, three free-roam regions, one PvE mode, six PvP modes, including Battle Arena, and more!
Return of the Obra Dinn
PS4 — Digital (Out 10/18) 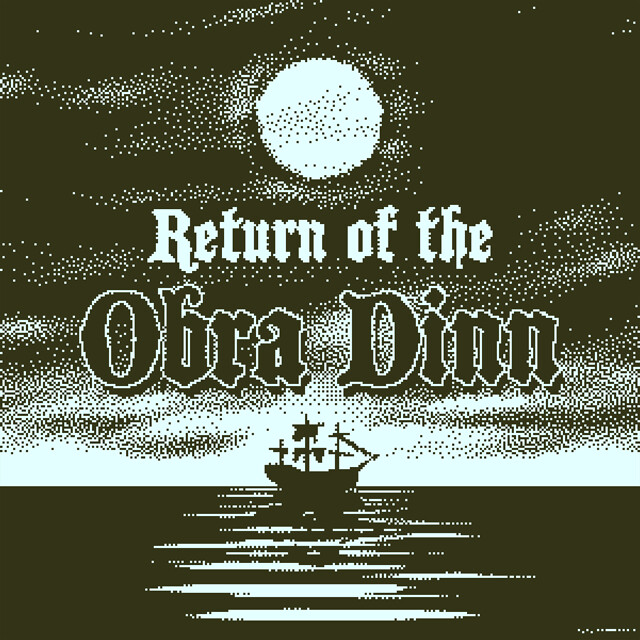 In 1802, the merchant ship Obra Dinn set out from London for the Orient. Six months later it hadn’t met its rendezvous point and was declared lost at sea. In 1807, the Obra Dinn drifted into port with damaged sails and no visible crew. Return of the Obra Dinn is a first-person mystery adventure based on exploration and logical deduction.
Stranded Sails: Explorers of the Cursed Islands
PS4 — Digital (Out 10/17) 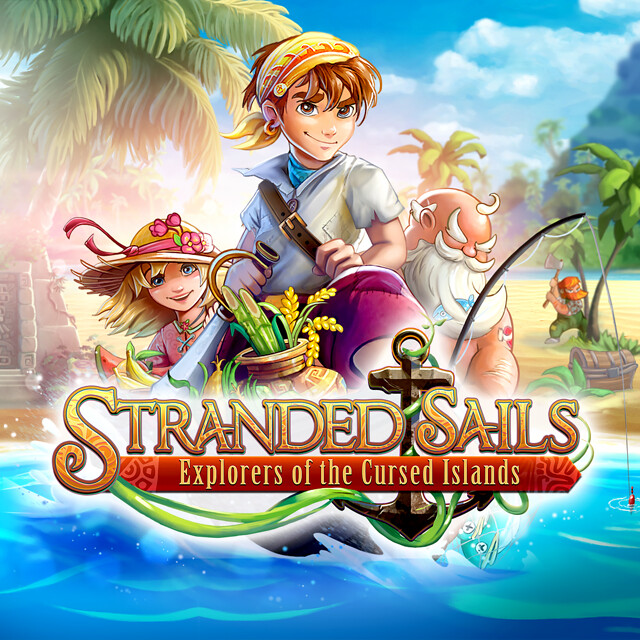 Stranded Sails – Explorers of the Cursed Islands is an open world, exploration and farming adventure full of quests and discovery. You’re ship-wrecked on a mysterious archipelago. It’s up to you to survive and solve the mysteries deep in the heart of the islands, then finally escape!
Travis Strikes Again: No More Heroes Complete Edition
PS4 — Digital (Out 10/17) 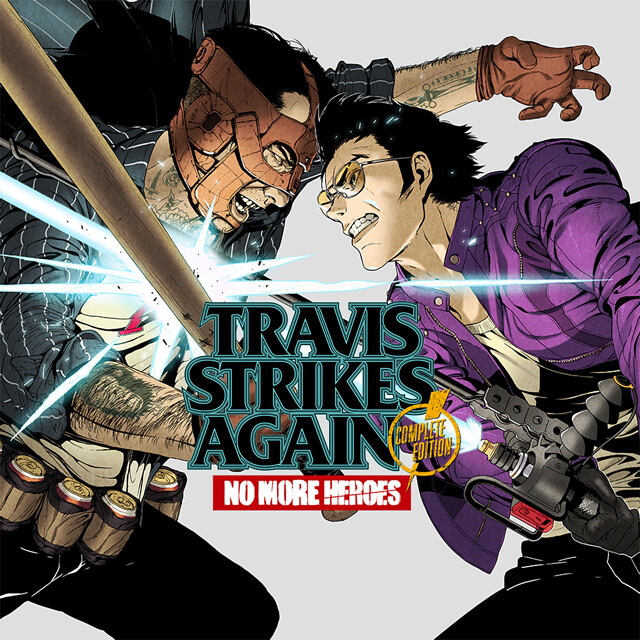 Travis Strikes Again, Beam Katana charged and ready! He’s been sucked into the legendary Death Drive Mk II games console, where anyone who collects all the Death Balls has their wishes granted (…or do they?) Play as Travis, Badman and – if you’re a bad enough dude – even Shinobu and Bad Girl!
PS VR — Digital 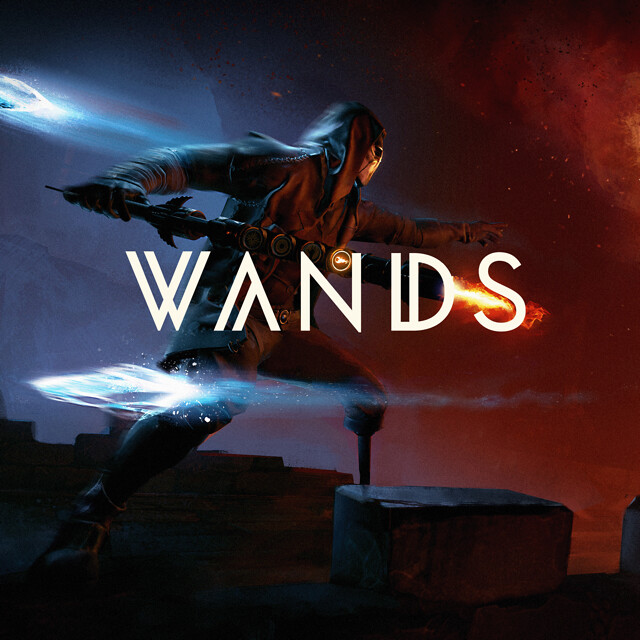 Wands a first-person VR experience that offers fast-paced magic duels against other players online. Equip your wand with a wide variety of spells and battle other Wielders for fame, power, and glory in the fantastic realms of The Beyond. Explore new spells and hone your skills in your secret workshop in between battles.
Warzone VR
PS VR — Digital 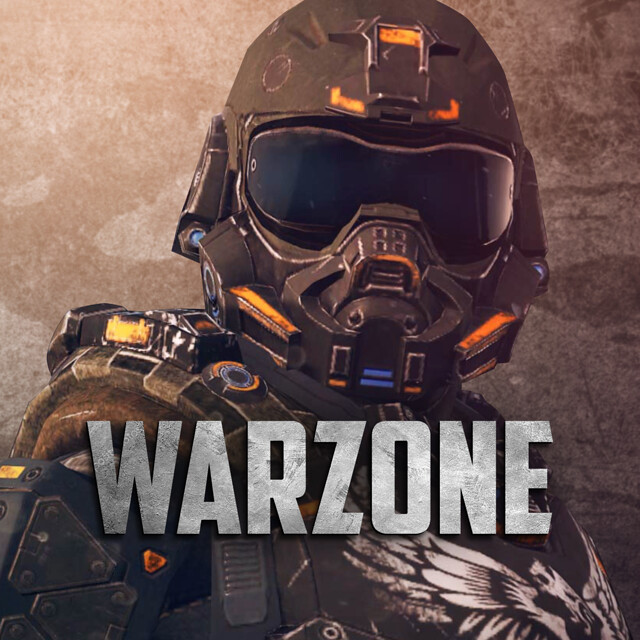 Warzone VR is a first-person VR shooter that features large maps, drivable vehicles, an arsenal of weapons and a progression system. The game has several modes, including: Solo (free-for-all), Team, Roam and Practice (shooting range) where you can interact and play with all of the weapons in the game.
PS4 — Digital (Out 10/18) 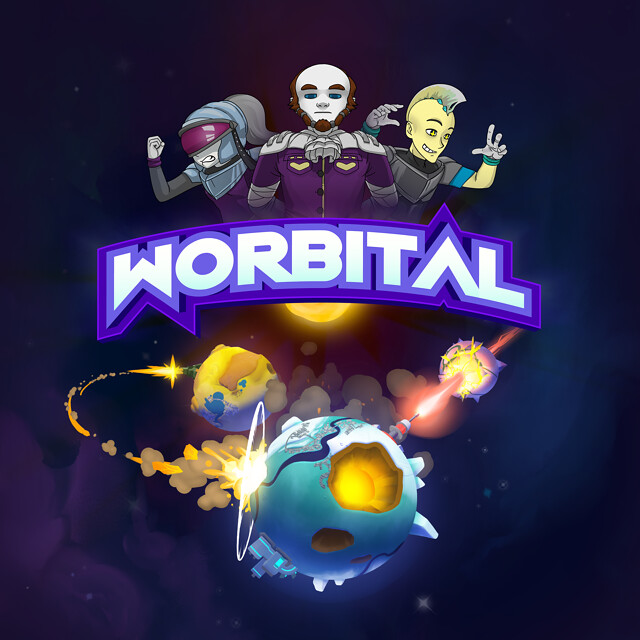 With the shifting gravity at work, aim your cannons, blast your enemies and enjoy the fireworks. Worbital is a strategic real-time artillery game in space, peppered with a heavy dose of cosmic chaos. The goal: be the last civilization standing!
Zombieland: Double Tap – Road Trip
PS4 — Digital, Retail 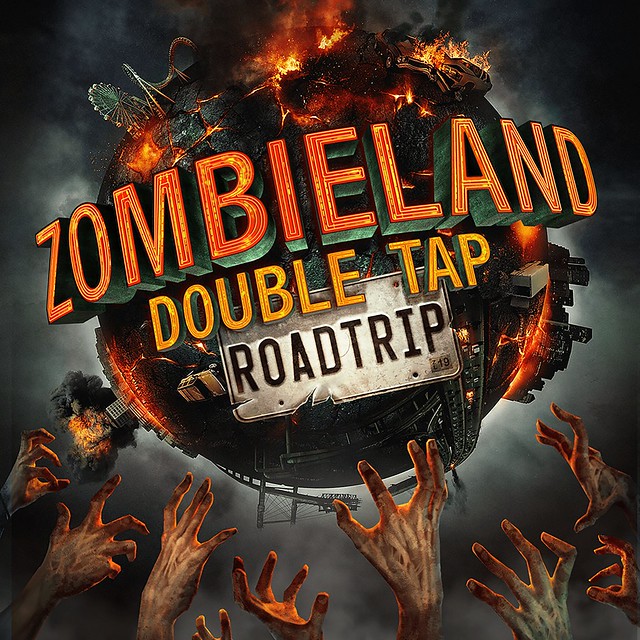 Zombieland: Double Tap- Road Trip is a ridiculously fun top-down twin-stick shooter featuring local co-op multiplayer for up to four players. Play as your favorite heroes from the original as well as new unlockable characters from the upcoming sequel.