Journey to the frigid Hoarfrost Reach in search of ferocious monsters, new mysteries to solve, and an armory’s worth of new weapons and gear to craft. Capcom’s massive Monster Hunter World: Iceborne expansion launches next Friday on PS4. Mix and match powerful new combinations of skills across new armor sets and master the game-changing Clutch Claw to get a leg up on your quarry. Oh, and don’t forget to pack some Hot Drinks!

Apocalipsis: The Tree of the Knowledge of Good and Evil
PS4 — Digital (Out 9/6) 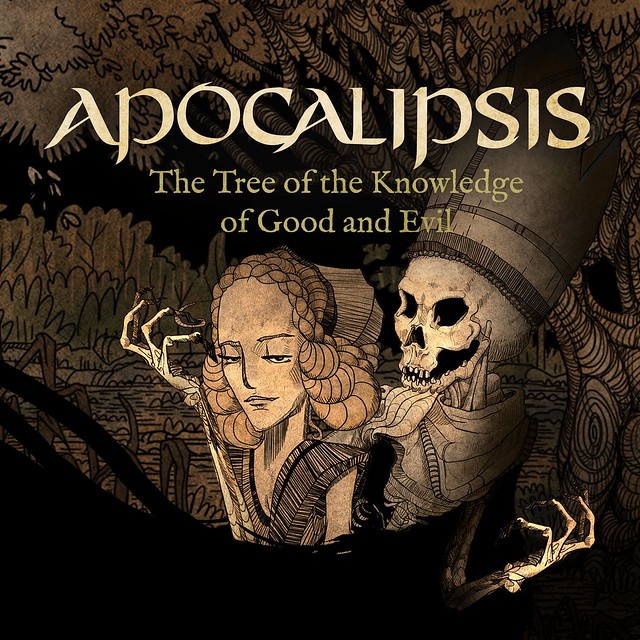 In Apocalipsis you play as Harry, for whom the loss of his beloved was the end of his world. Now he has to venture out into the strange, unwelcoming and haunted lands to get her back. On his journey he will meet fantastical creatures, straight from the visions of the 15th and 16th artists such as Hans Holbein or Albrecht Dürer.
Asdivine Menace
PS4, PS Vita — Digital (Cross-Buy) 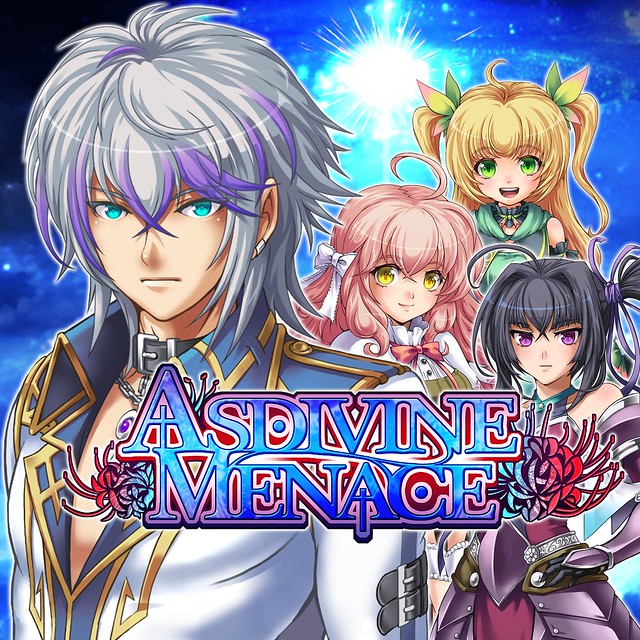 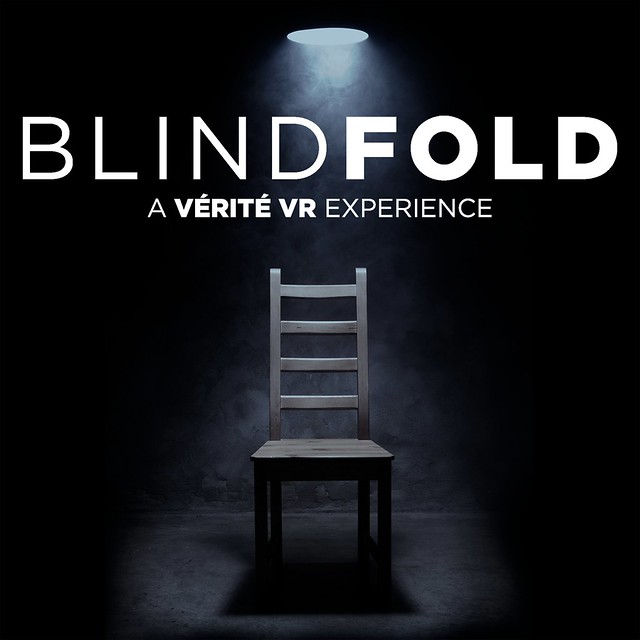 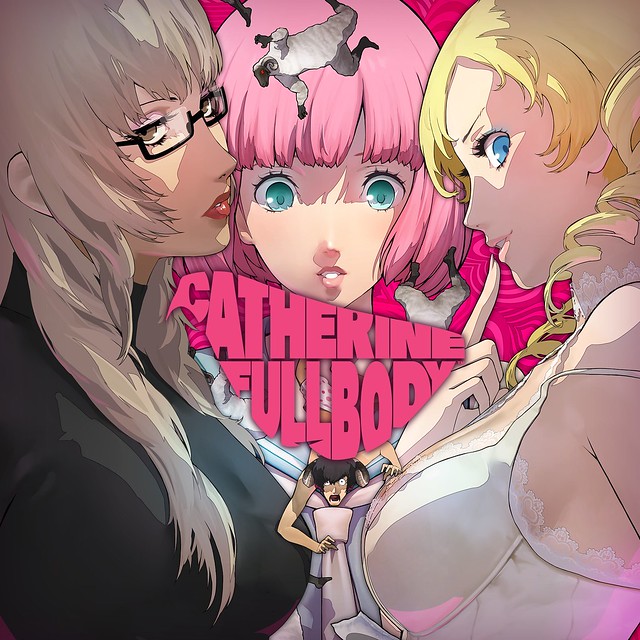 The captivating tale returns in Catherine: Full Body – bigger and better than before. Improved visuals and gameplay, brand-new music, enhanced multiplayer options, and much more await in this enticing new package. Will our indecisive protagonist survive the trials and tribulations of love, or fall to temptations?
Fifty Words By Powgi
PS4, PS Vita — Digital (Cross-Buy) 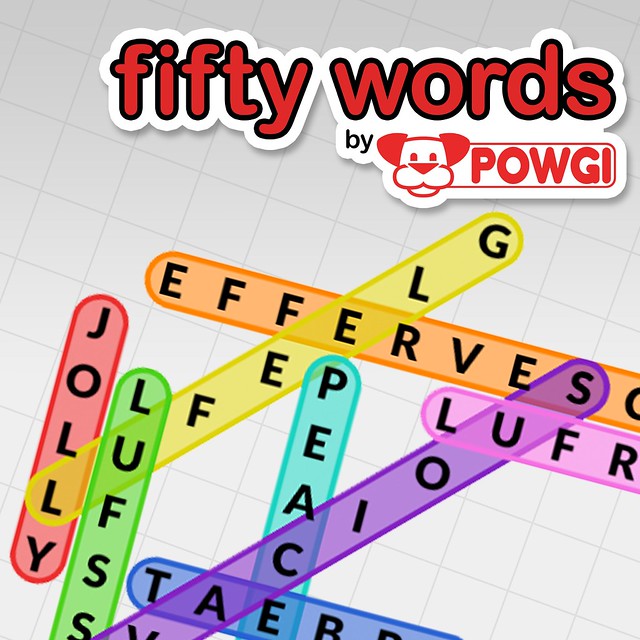 A brand new word search puzzle from Powgi. This time there’s no grid, no list of words to find and no wrong letters! Discover the 50 intertwined words and paint them with vibrant highlights to create a unique piece of blended color art as you relax into each puzzle.
Final Fantasy VIII Remastered
PS4 — Digital 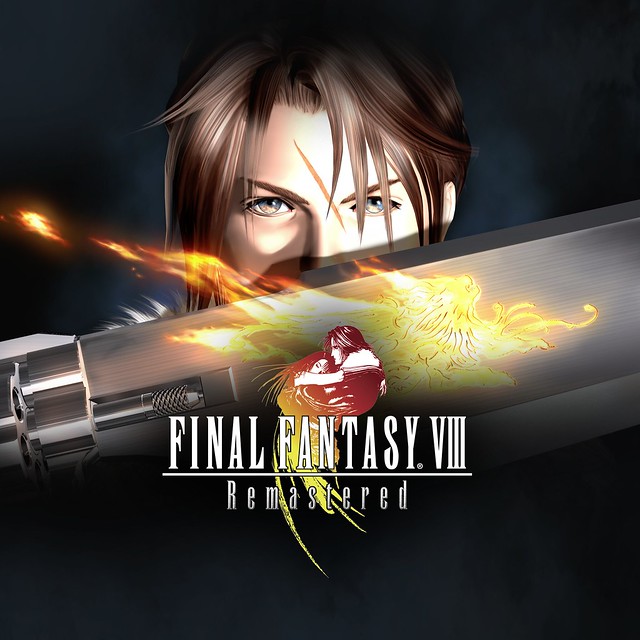 The mega-hit RPG returns! This PS4 version features new graphical enhancements and a whole host of options to customise your gameplay experience. In a world engulfed in war, Squall, a member of an elite mercenary force, leads his group in a fight against the sorceress Edea to prevent her from fulfilling her nefarious goal.
Flowers Are Dead
PS4 — Digital (Out 9/5) 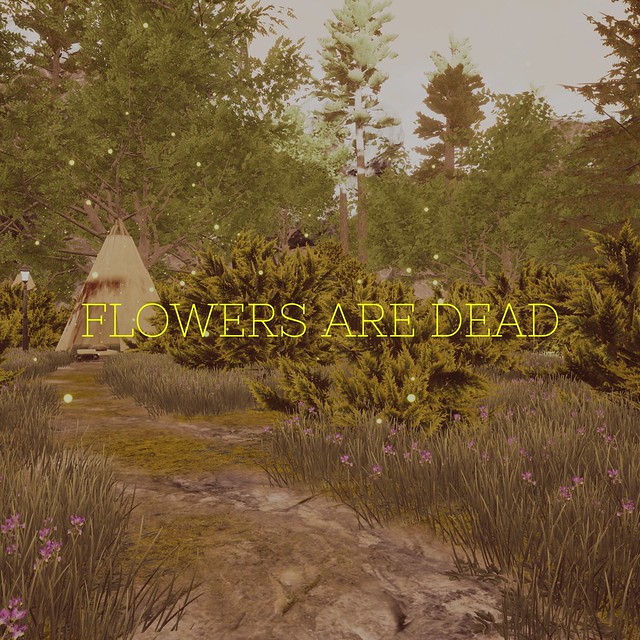 Flowers Are Dead is a first person story-based game. Play as Evelyn. Face your tribulations. Delve deep into your mind, trace down the one that got away and live through your memories.
PS4, PS Vita — Digital (Cross-Buy) 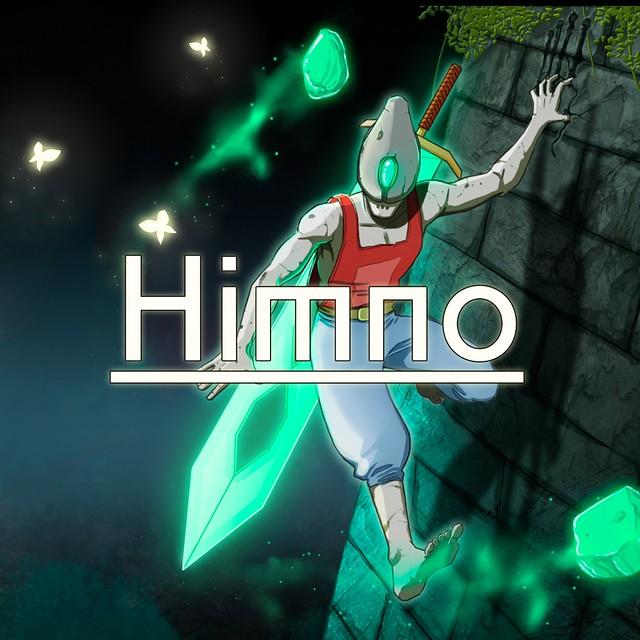 Himno is a non-violent, no death platformer. Use wall-jumps, slides & dashes to reach new heights in randomly generated maps! Using easy to learn controls, parkour through each map to overcome platforming challenges to reach new districts. Level up as new heights are reached and rescue wisps to light up the darkness around you.
Monster Hunter World: Iceborne
PS4 — Digital, Retail 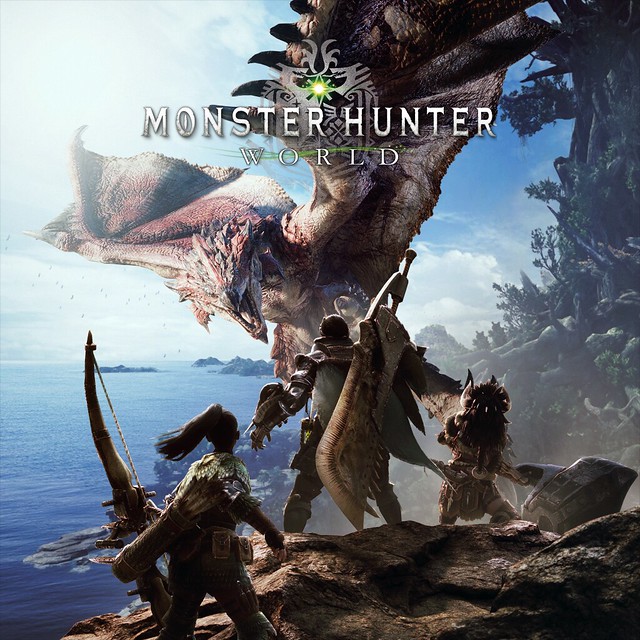 Face off against ferocious beasts as you fight for survival in a lush living ecosystem. Let your hunting instinct take you further than ever! Iceborne is a massive expansion that picks up after the ending of Monster Hunter: World and opens up the new master rank!
PS4 — Digital, Retail (Out 9/6) 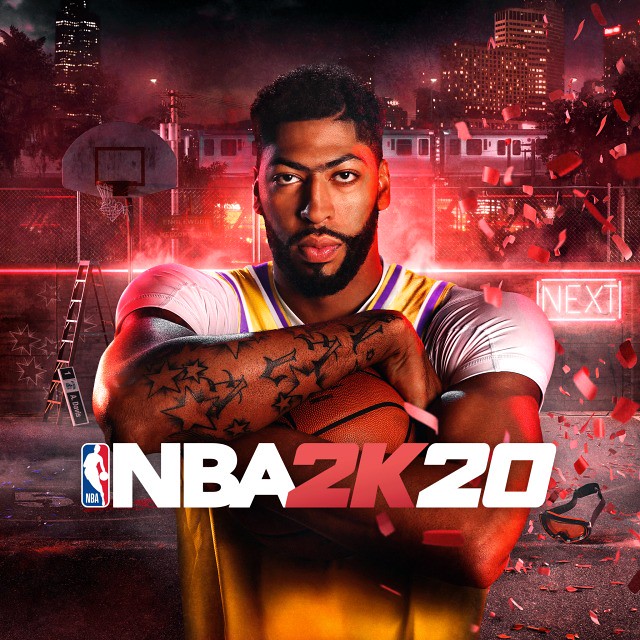 2K continues to redefine what’s possible in sports gaming with NBA 2K20, featuring best in class graphics & gameplay, ground breaking game modes, and more. Plus, with its immersive open-world Neighborhood, NBA 2K20 is a platform for gamers and ballers to come together and create what’s next in basketball culture.
The Perplexing Orb
PS4 — Digital 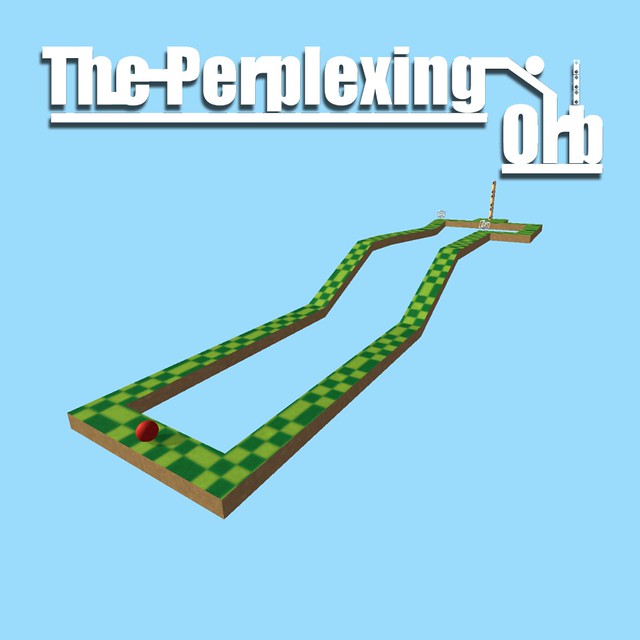 Experience a puzzle platforming challenge like no other! Roll through over 60 single player stages collecting artifacts, navigating obstacles, and knocking over the finish post to achieve victory!
Post War Dreams
PS4 — Digital 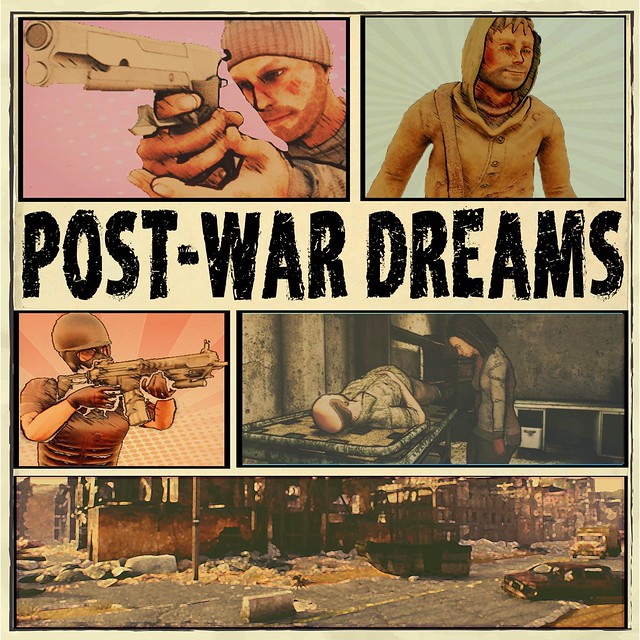 Post War Dreams is a 2.5D story-rich, side scrolling action game set in the wasteland of USA, plagued with constant war. Following the collapse of the economy, government, and society, you must brave heavily armed militia, lawless gangs, and other challenges to escape this post-apocalyptic wasteland alive.
Project Nimbus: Code Mirai
PS4 — Digital 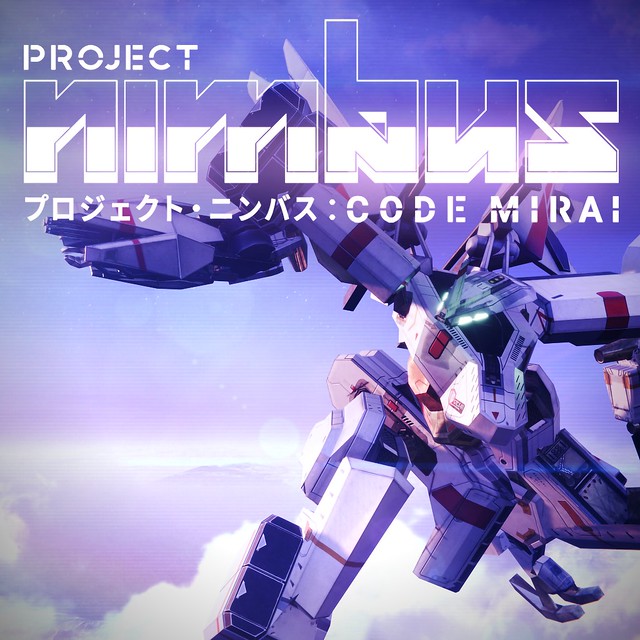 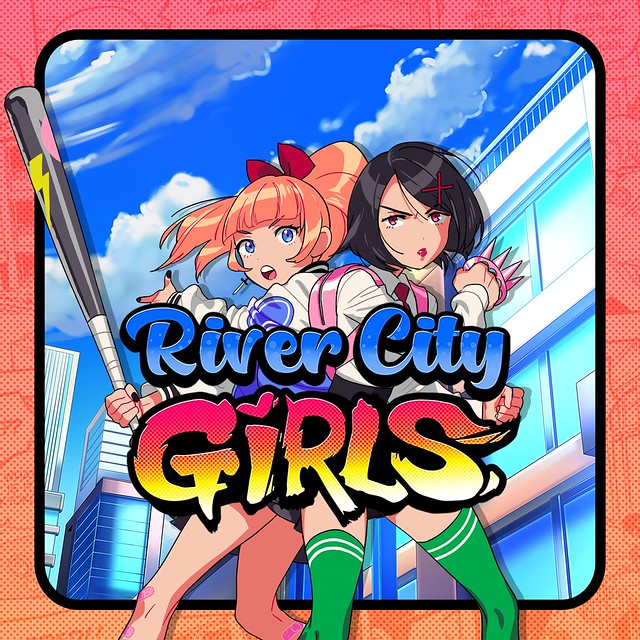 There’s trouble once again in River City, and this time only the girls can save the day! Using a variety of attacks, weapons, and items, these hot-blooded heroines are ready to teach the city’s lowlifes a lesson – either solo or in 2-player co-op. It’s an old-school rumble for a new generation!
Root Letter: Last Answer
PS4 — Digital 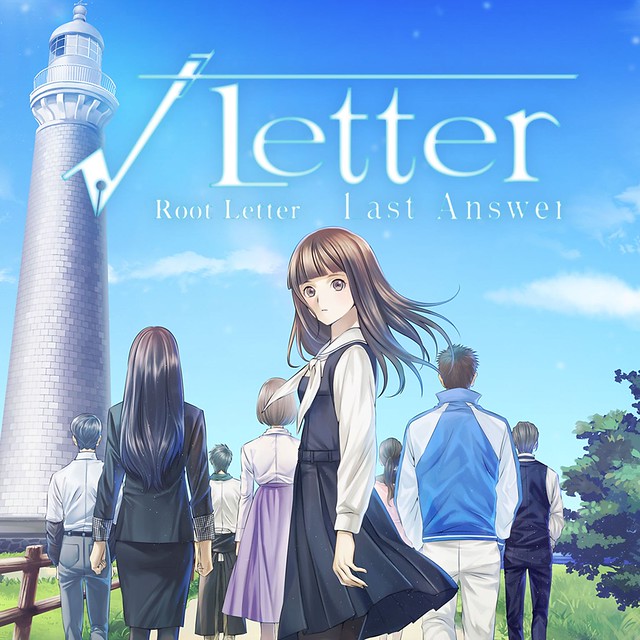 The return of the best-selling interactive mystery visual novel. Follow in the footsteps of Aya Fumino, a school penfriend allegedly involved in a tragic murder 15 years ago. Explore the prefecture of Shimane, uncover clues, and use the letters you wrote to each other to track down her childhood friends for questioning.
Shalnor Legends: Sacred Lands
PS4 — Digital (Out 9/6) 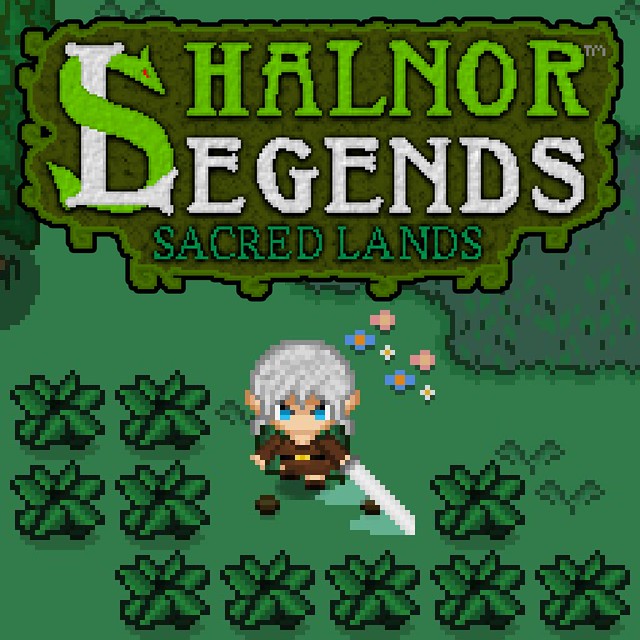 A young girl has travelled to the Sacred Lands. Within this realm she will face many challenges, fight dangerous monsters and solve mysterious puzzles. Many have come to this land before, all in hopes of finishing the Sacred Trial, but none has succeeded. Will she fail like the others? Or will she overcome the odds and return home?
ShellShock Live
PS4 — Digital 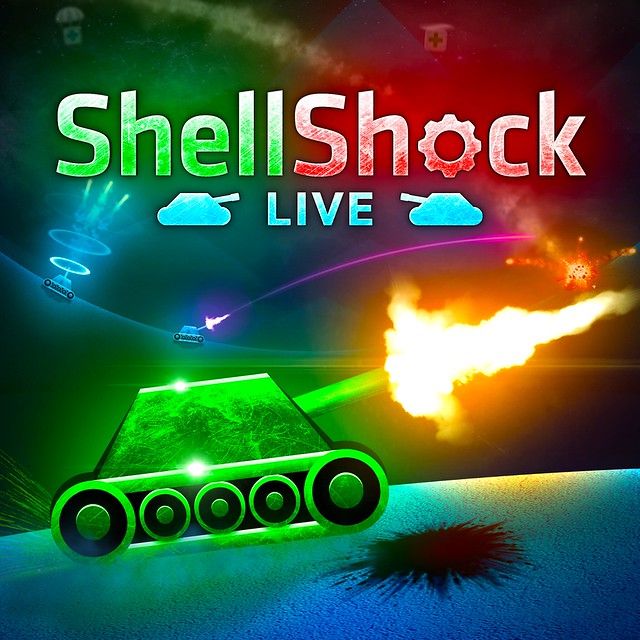 Demolish your friends with hundreds of upgradable weapons shot from your customizable tank in this action-packed online multiplayer tanks game. Earn XP to level up and unlock new tanks, weapons, and gear. Fight against or alongside your friends for strategic team or free-for-all matches.
Spice and Wolf VR
PS VR, PS4 — Digital (Out 9/5) 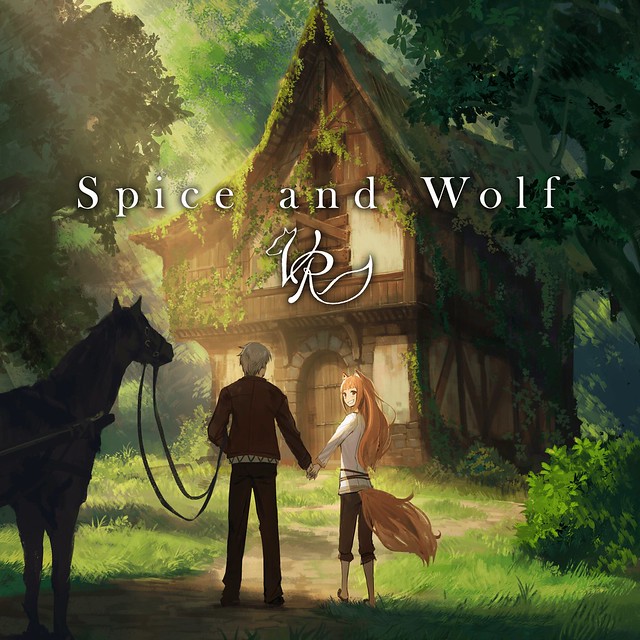 Kraft Lawrence, a traveling merchant, meets Holo, a beautiful woman who can transform into a wolf. To avoid a sudden downpour, Holo and Lawrence take shelter in an old, abandoned water mill in the woods, huddling around a small fire and enjoying a slightly strange but relaxing time together. You can share that time together with them.
Sudden Strike 4 – Complete Collection
PS4 — Digital, Retail (Out 9/6) 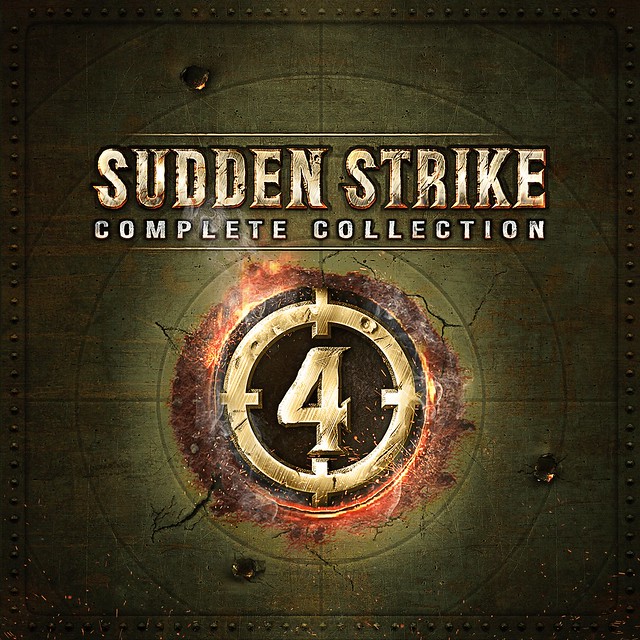 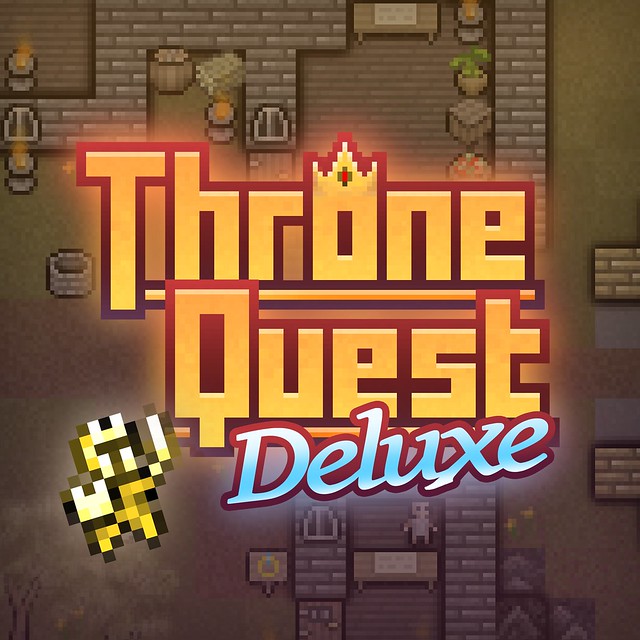 Throne Quest Deluxe is a seamless open-world action RPG. Delve into an adventurous world of dungeons and crypts, vicious monsters, and huge amounts of loot. Change between 12 classes and explore your way through dangers on an epic quest to reach the central castle — to claim the Throne held by a demon boss.
Torchlight II
PS4 — Digital 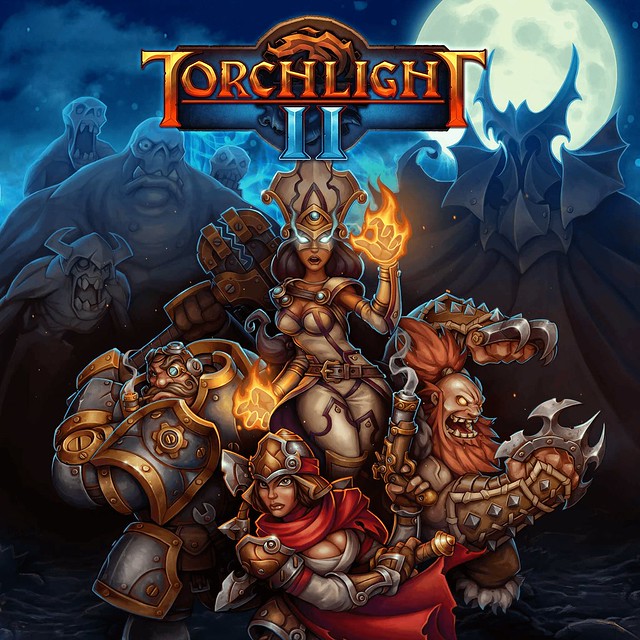 Torchlight II is fast, fun, and filled with action and loot. The award-winning action-RPG is back to bring you into its quirky world of bloodthirsty monsters, bountiful treasures, and sinister secrets. Once again, the fate of the world is in your hands. Play Torchlight II on PS4 and receive an exclusive pet Faerie.
Truck Racing Championship
PS4 — Digital (Out 9/5) 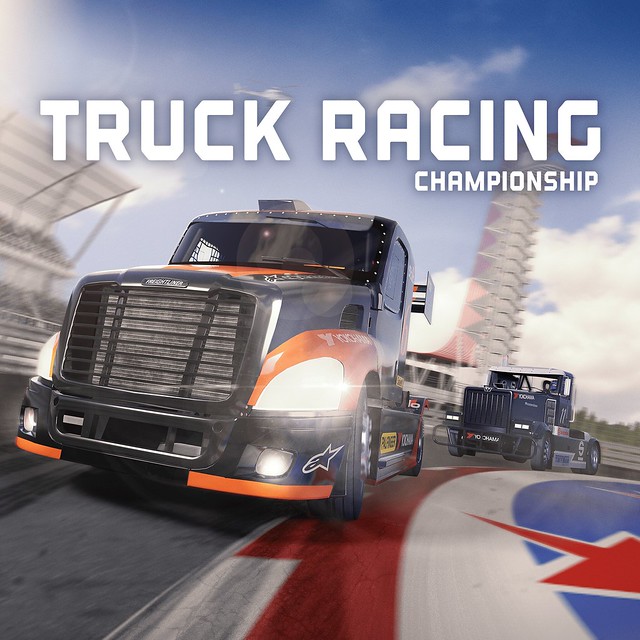 The only official simulation that features all the unique characteristics of the European Truck Racing Championship, one of the most spectacular and challenging motor racing competitions, and offers all racing fans a completely new driving experience: race a giant 5-tonne, 1,000-horsepower truck against 12 competitors while respecting the race rules.